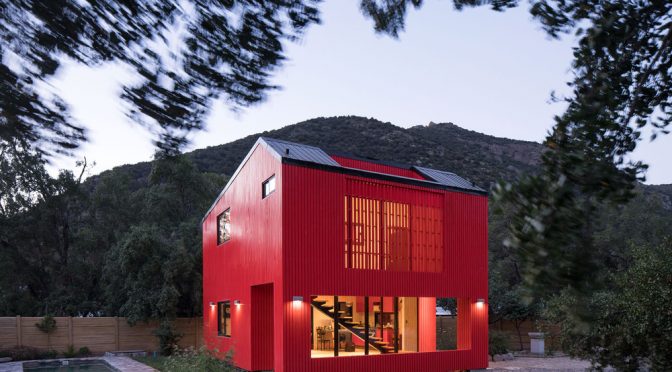 This is how this small house of 87 square meters presents itself, which hides two heights behind its embodied façade and which, thanks to the possibility of being prefabricated, can be extended and dismantled. 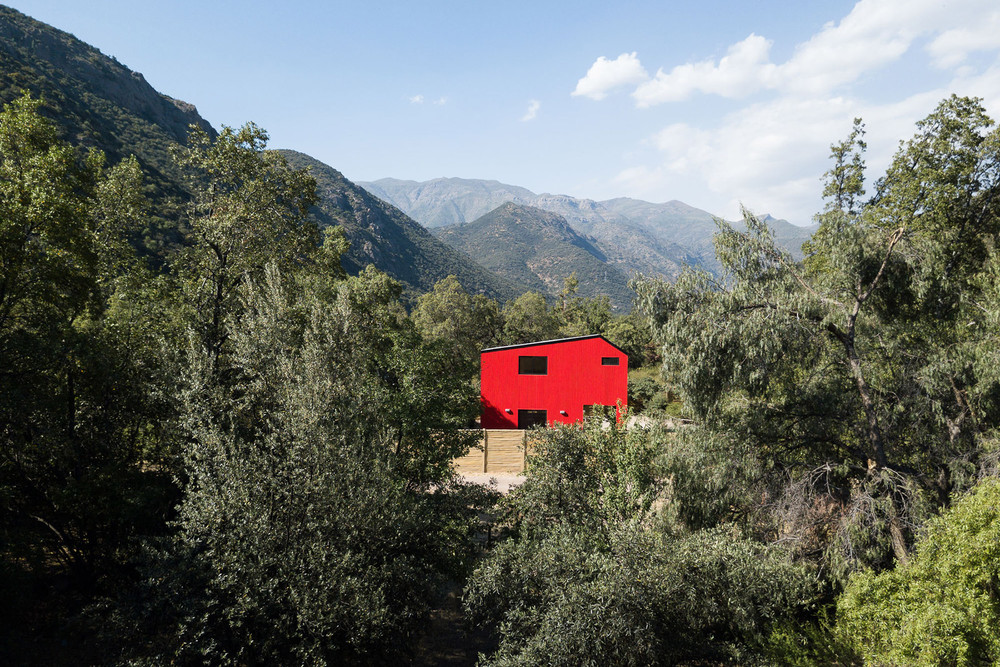 La Roja, because that’s what it’s called, is a cozy and charming 87-square-meter house that was born from a solid cube that was emptied to create a double-height access terrace and the roof slopes. The study by Felipe Assadi Arquitectos carried out the project in San José de Maipo, Chile, an area near the mountain range but close to a town, so they play with that duality of urban house with plots large enough for the homes are not communicated with each other. 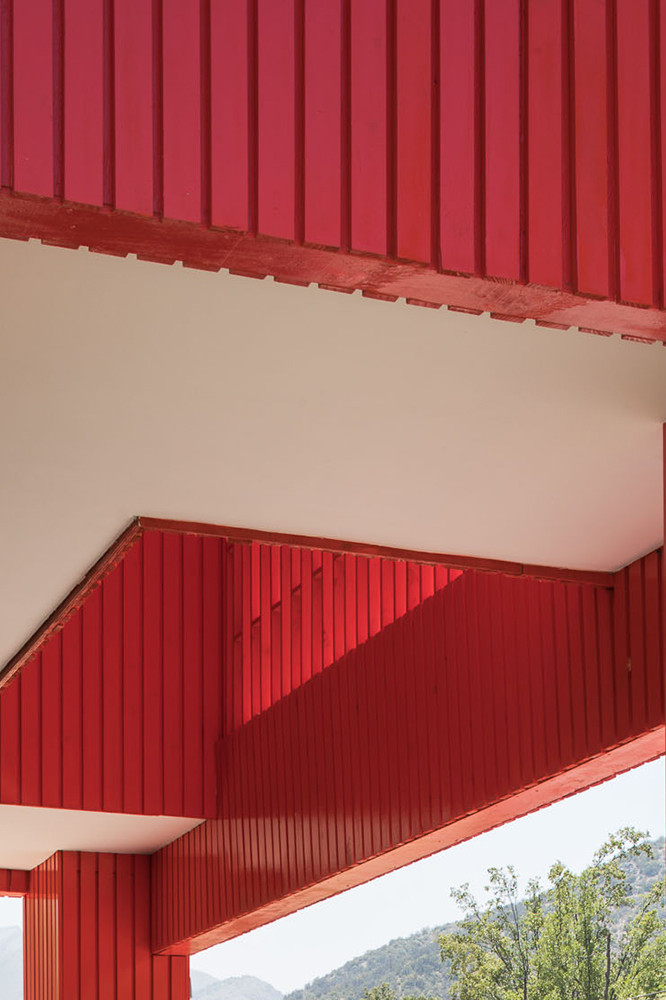 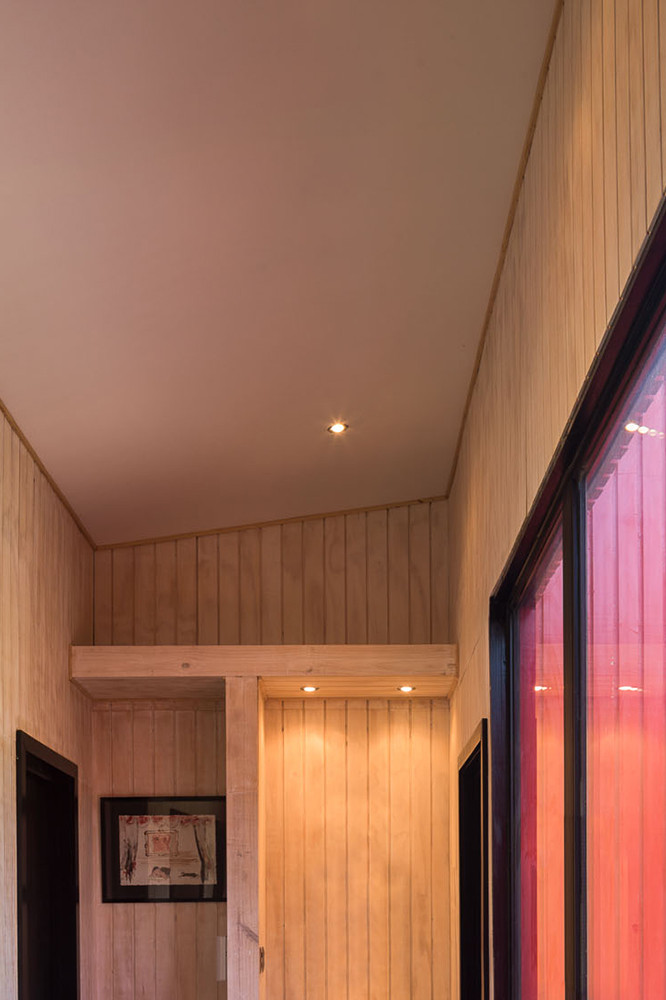 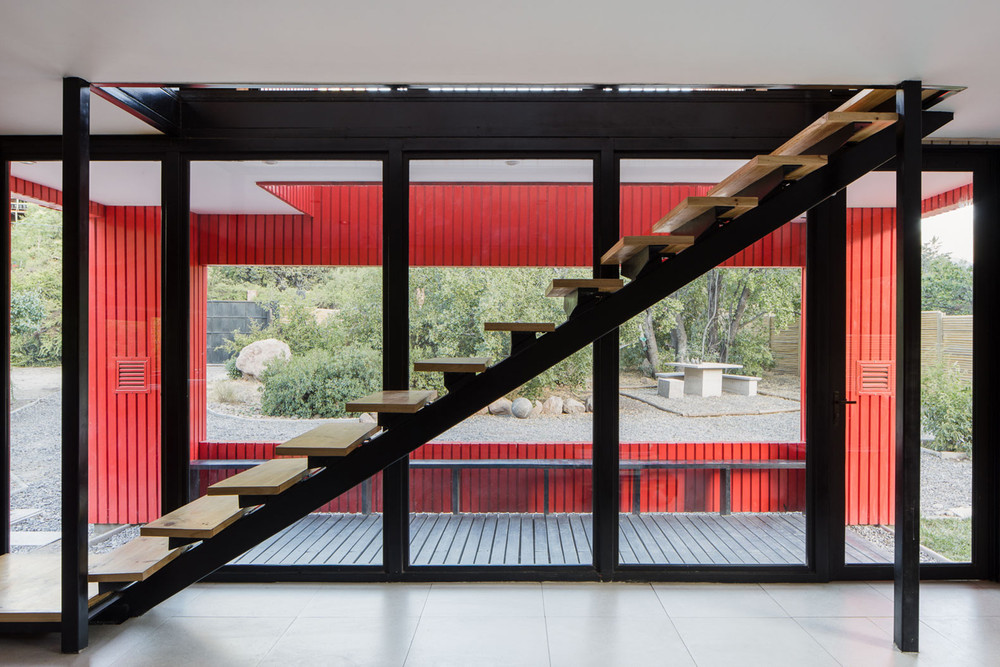 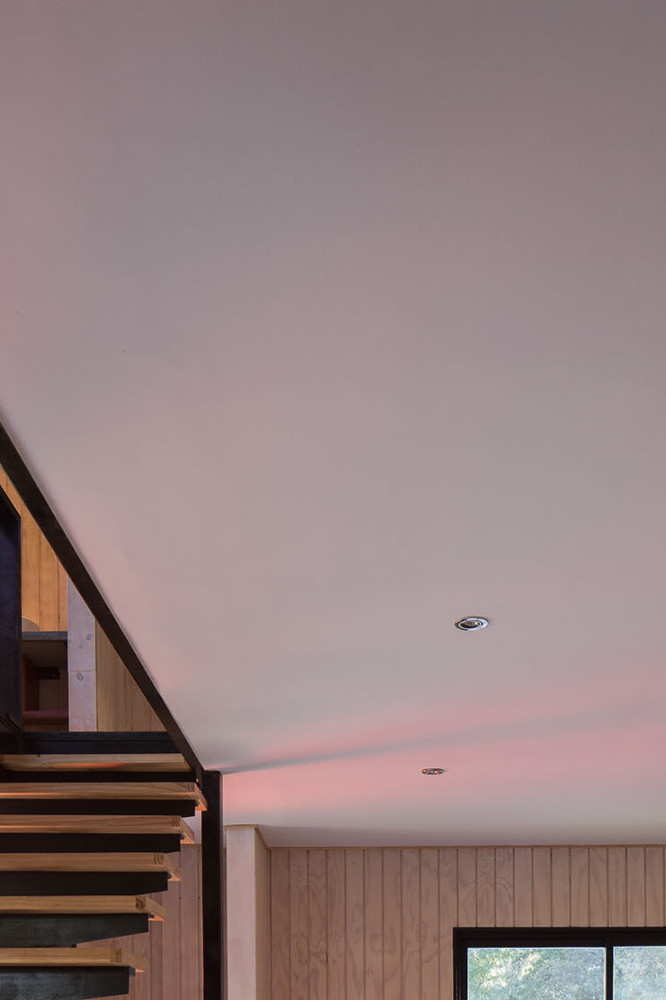 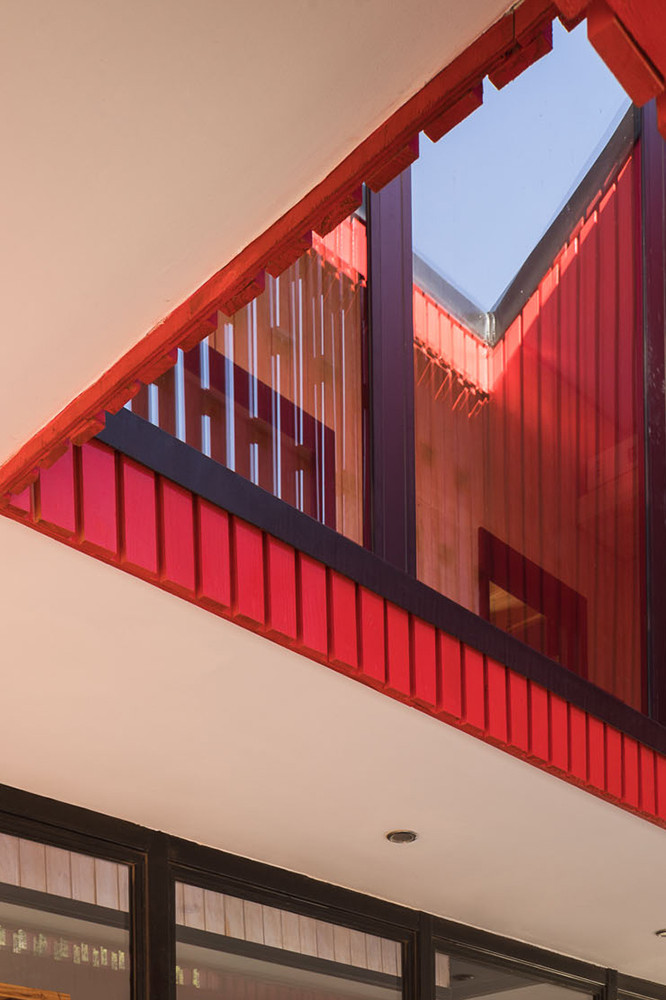 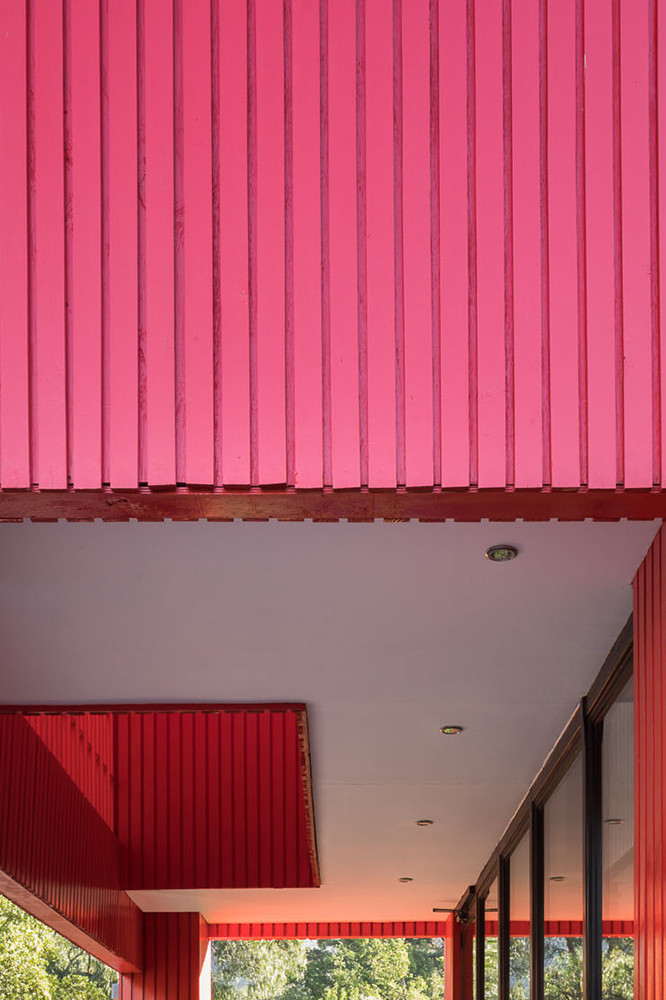 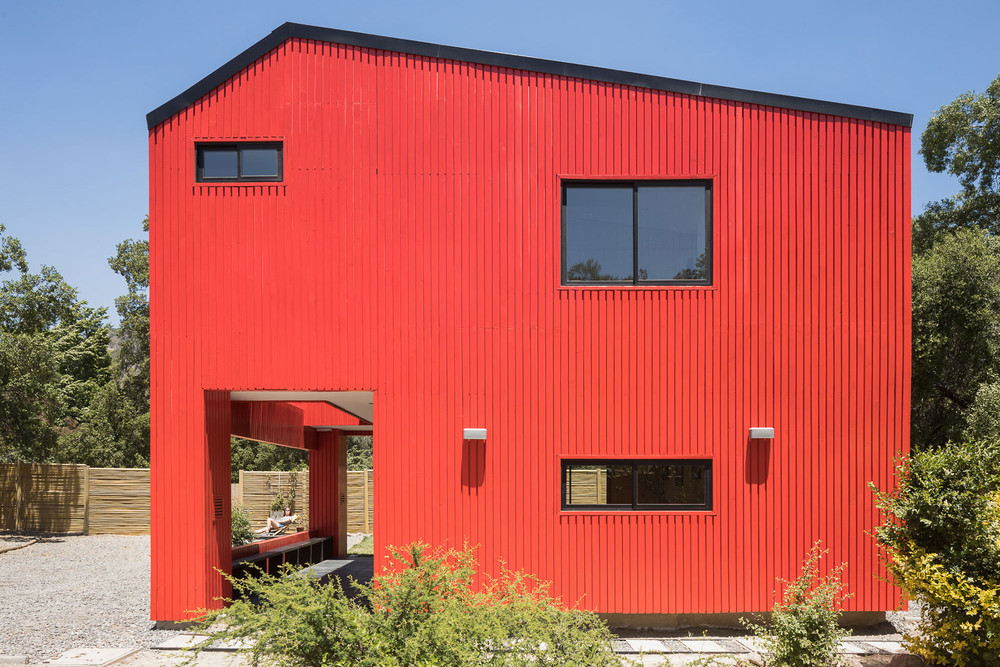 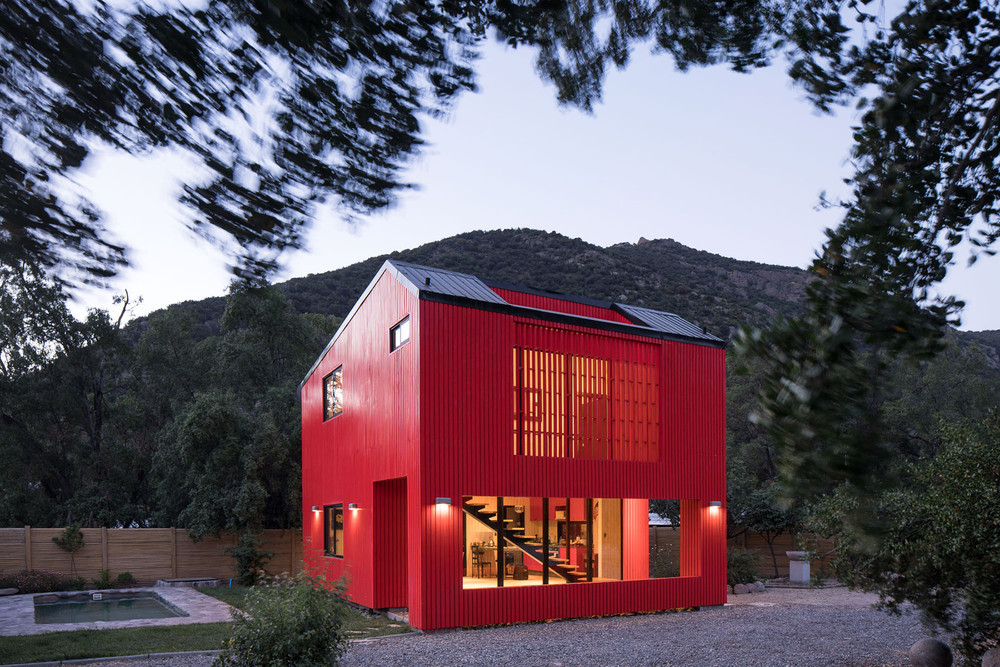 The measures of the house are born from the possibility of being prefabricated, so that each floor is, in this case, the sum of two modules of 840 by 350 meters, so that each of its four modules could be transported and assembled in another place, although in this case it was built in situ. This also allows you to attach more modules both on the sides and on the lower or upper floor, if you want to extend it, joined by the corridor that is on one side and that revolves around a staircase that unifies and gives meaning to the interior of housing. An interior where natural materials such as wood or stone are used and which is practical, opening to the exterior while maintaining intimacy and warmth. A combination that makes it the perfect home to escape and enjoy a rural environment without giving up the comforts of an urban home.