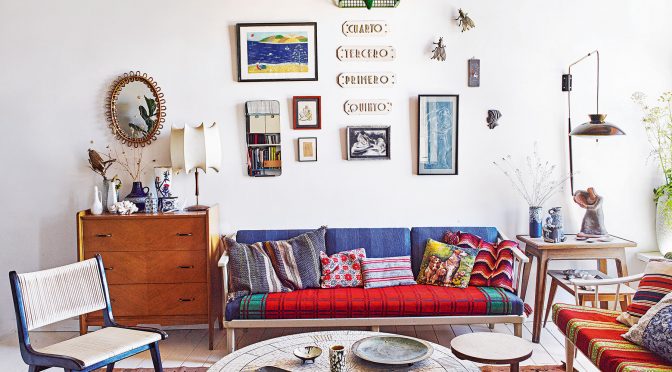 The owners of the antiquarian Amapola have moved to the Avila countryside, a contemporary house built on the ruins of an old barn. 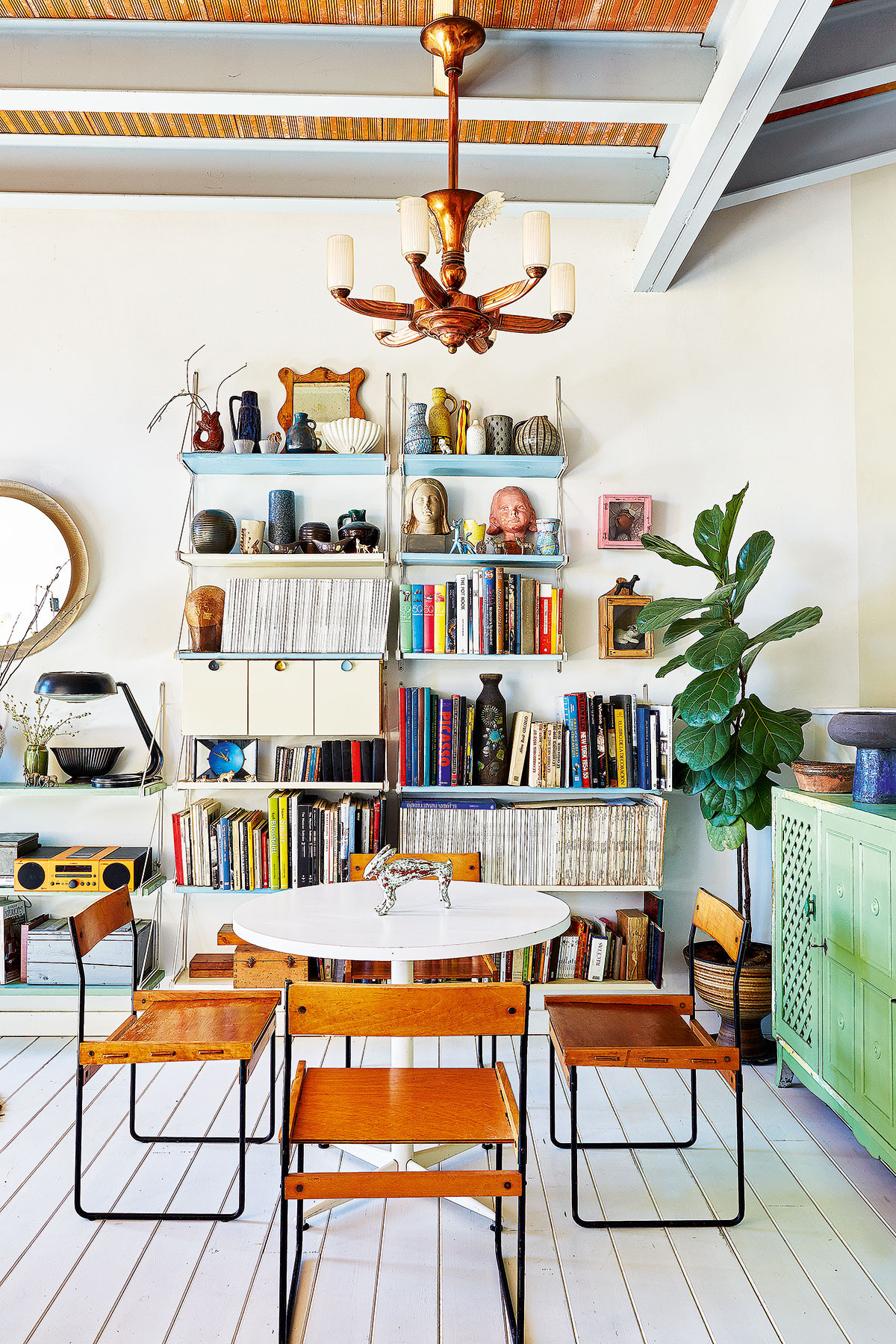 “It seems strange to the neighbors, a modernez, although we always wanted it to be integrated into the environment, and as the wood ages, it will do it,” says Ana López Escrivá from her house in Los Cuartos, a tiny village in Ávila She and her husband, photographer Guillermo Shelley, with whom he runs the online antique shop Amapola, searched for this area that they had known for years a small stone building annexed to a large plot and found Two haystacks of 60 and 70 m2 respectively with 3,000 m2 of garden. 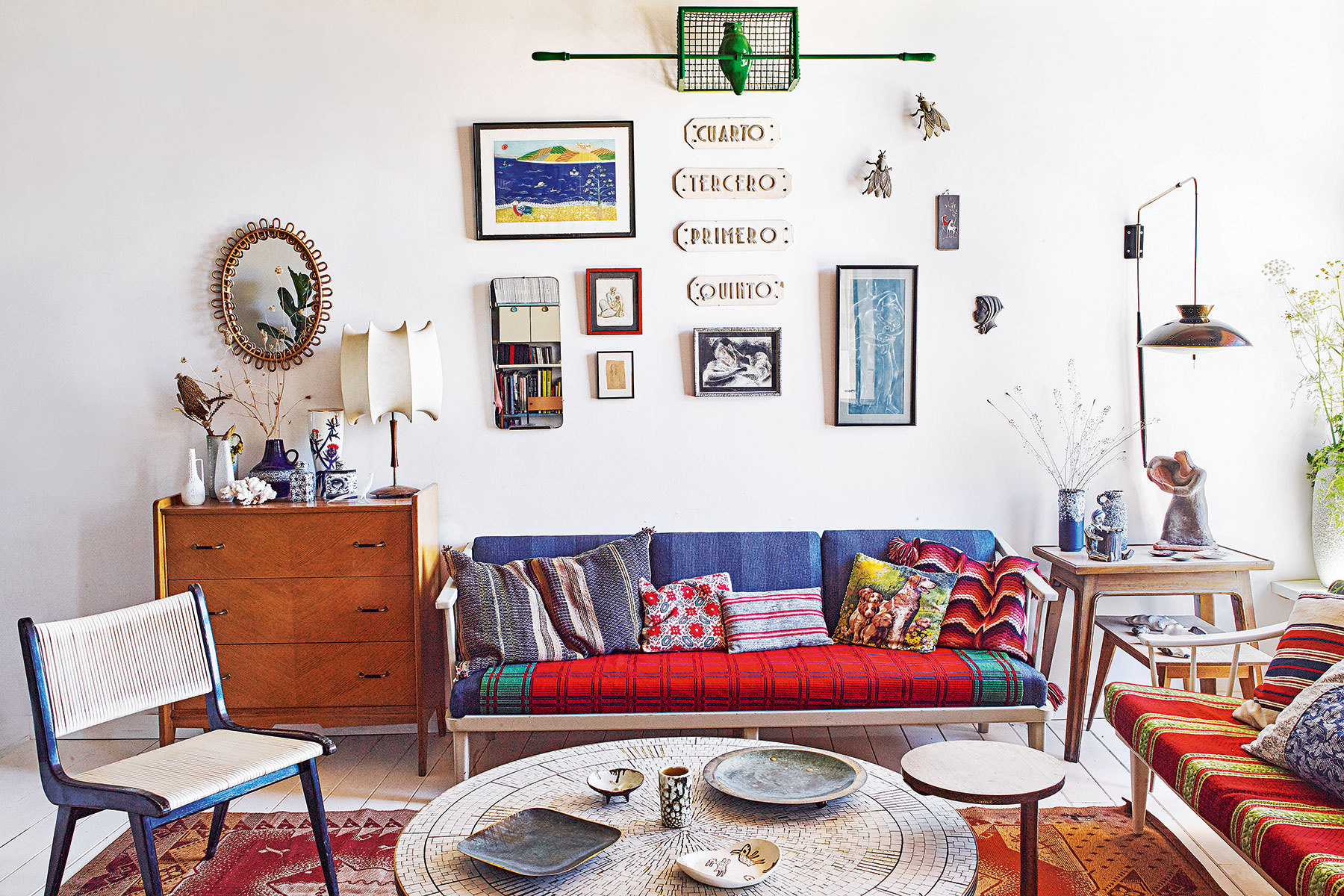 “We consulted with a first architect but he did not convince us what he proposed: it was like a villa in Las Rozas but in stone.” And finally they called Vicente Perez-Mora, whom they knew as a customer of his antiquarian Amapola. They wanted to take advantage of the larger building and add on it a paneled structure of wood, but at the beginning of the work were the walls in such a bad state that only the one facing the street, which now closes the courtyard, could be preserved and started from scratch. They raised a rectangular prism lined with wood of about 90 m2 useful, open to the asalvajado garden, and roofed with recovered tiles. Just enter is your bedroom with bathroom en suite and after climbing three steps opens the spacious living-dining-kitchen with large windows of black iron.

On a second floor, two more bedrooms and a small office. Fed up with the delay of the work, which was to end in six months and lasted two years, they ended up doing the electricity, the plumbing and putting the wooden floors. Although planned for the weekends, Ana and Guillermo for a year live permanently in it, so no rusticidades. They brought their things from Madrid, their Swedish sofas, their String shelves, their American lamps and their mosaic tables. All aged with flavor and charm, most midcentury, period for which they feel weakness, bought during their trips to England, Holland, Belgium or Germany to stock their store. 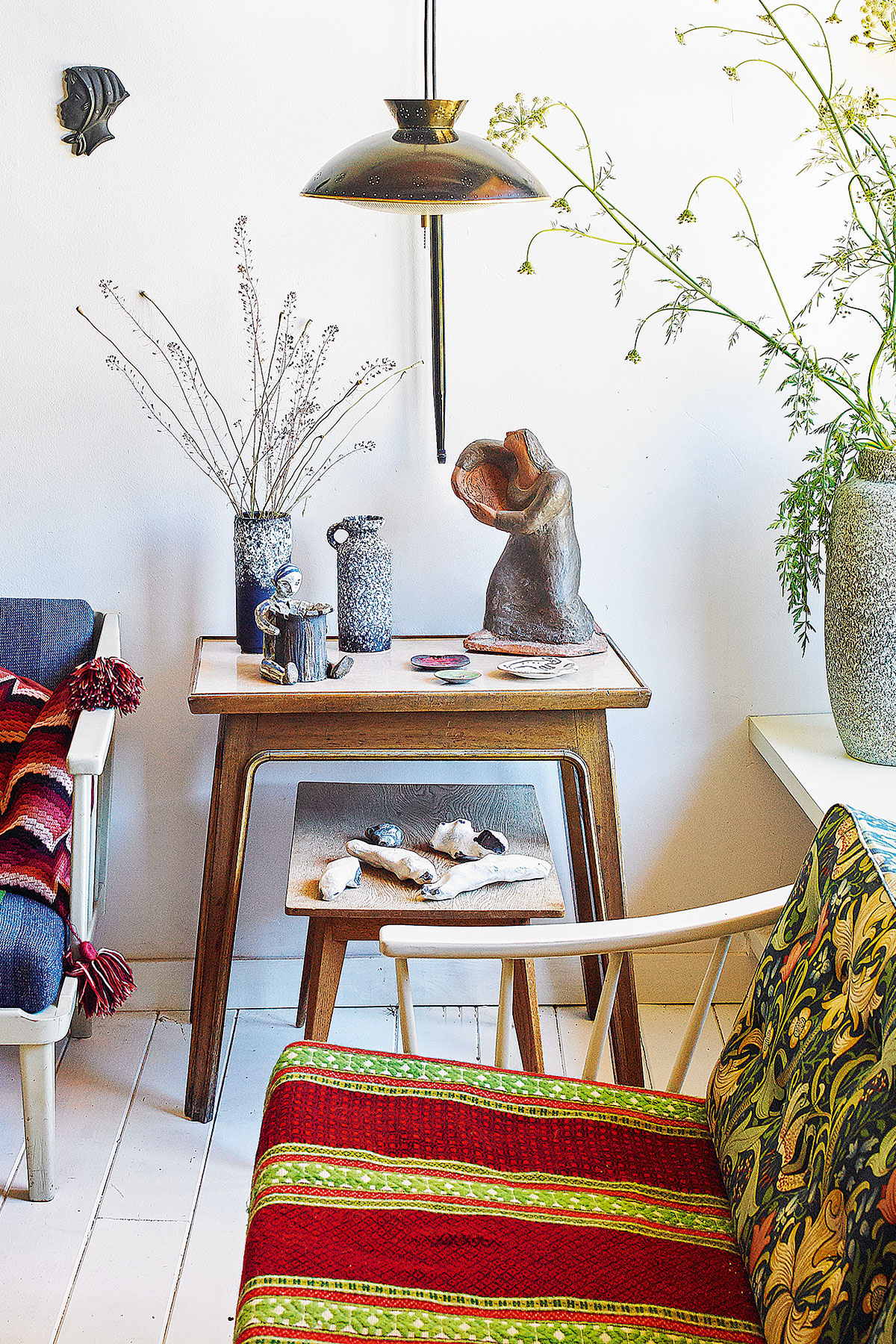 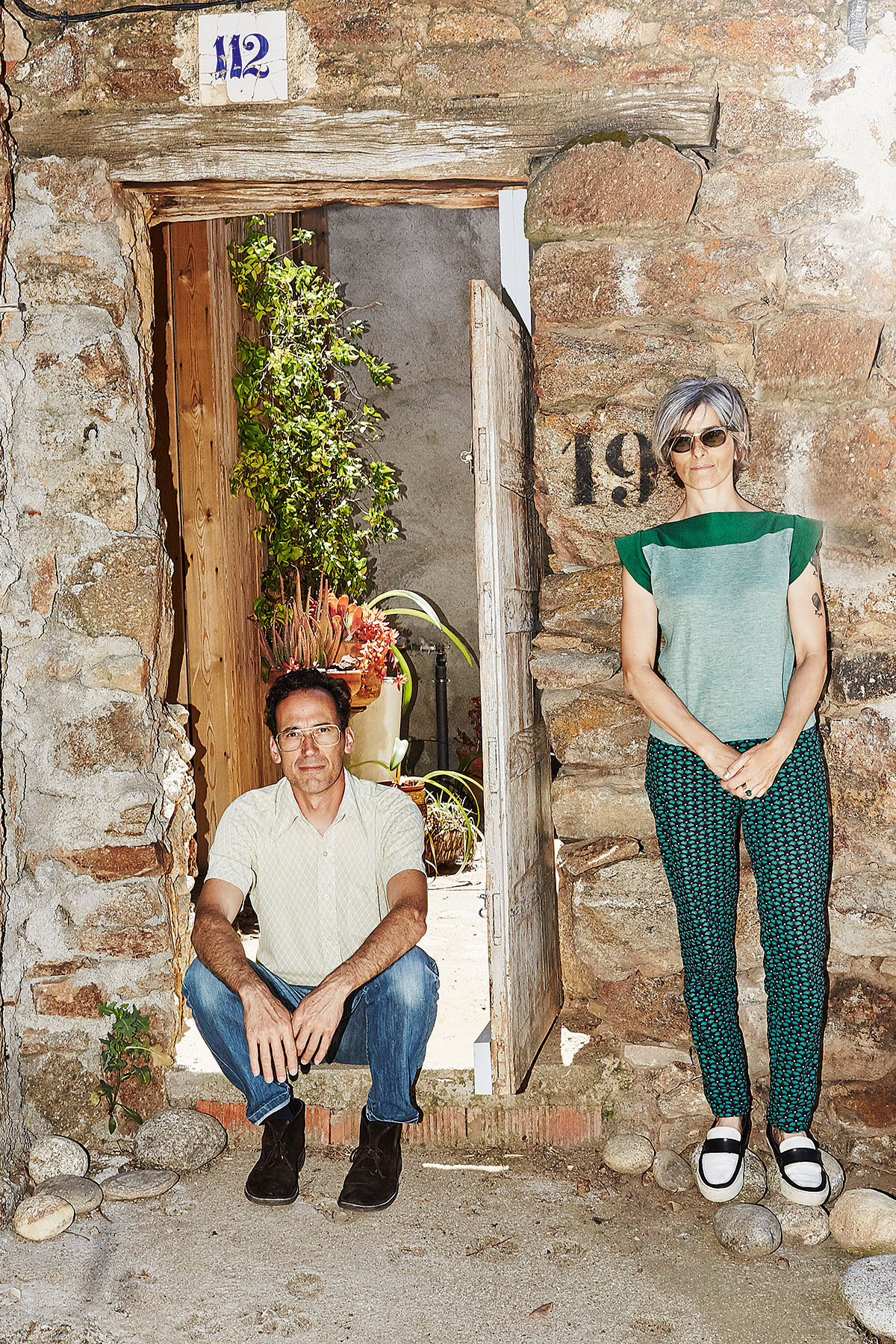 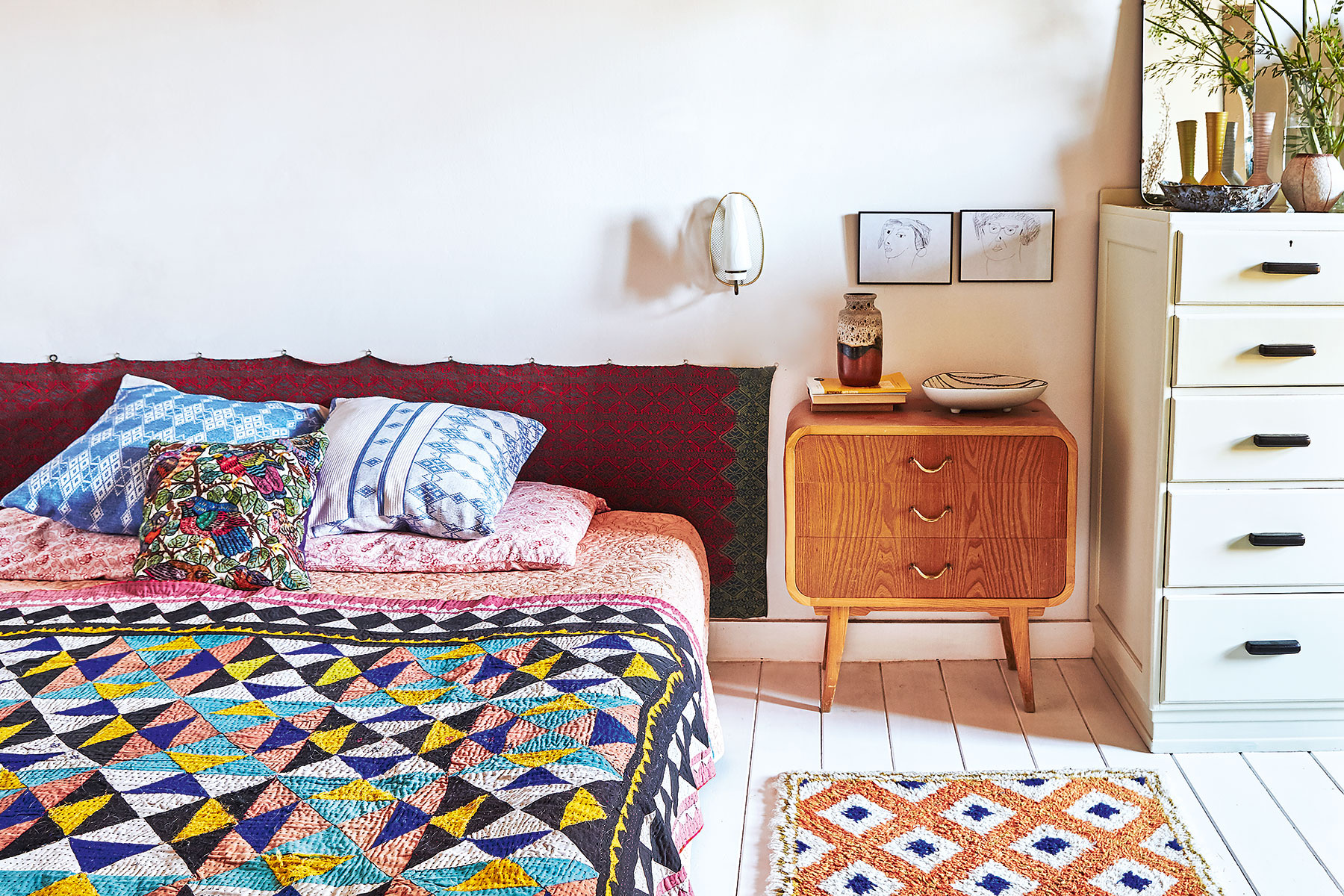 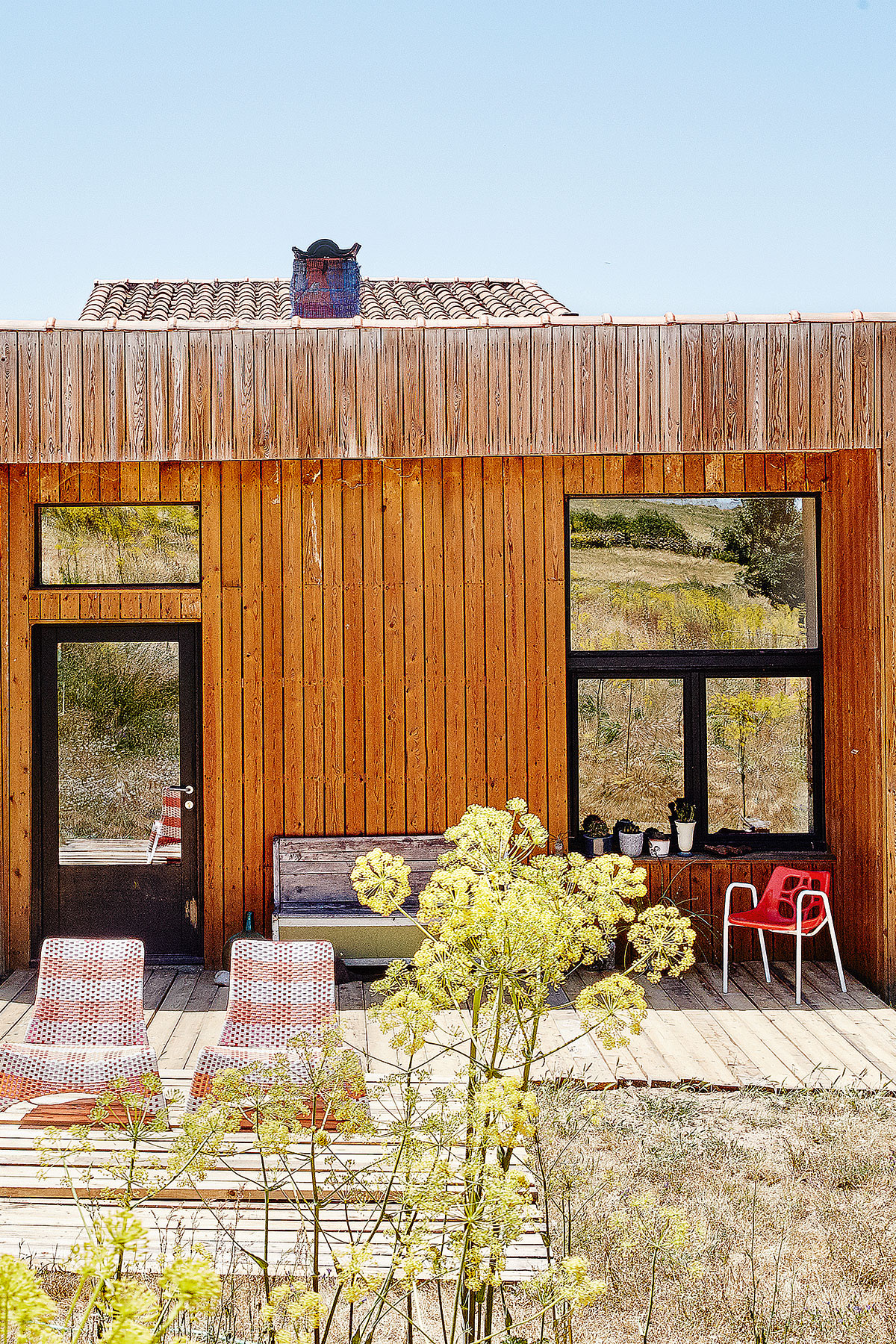 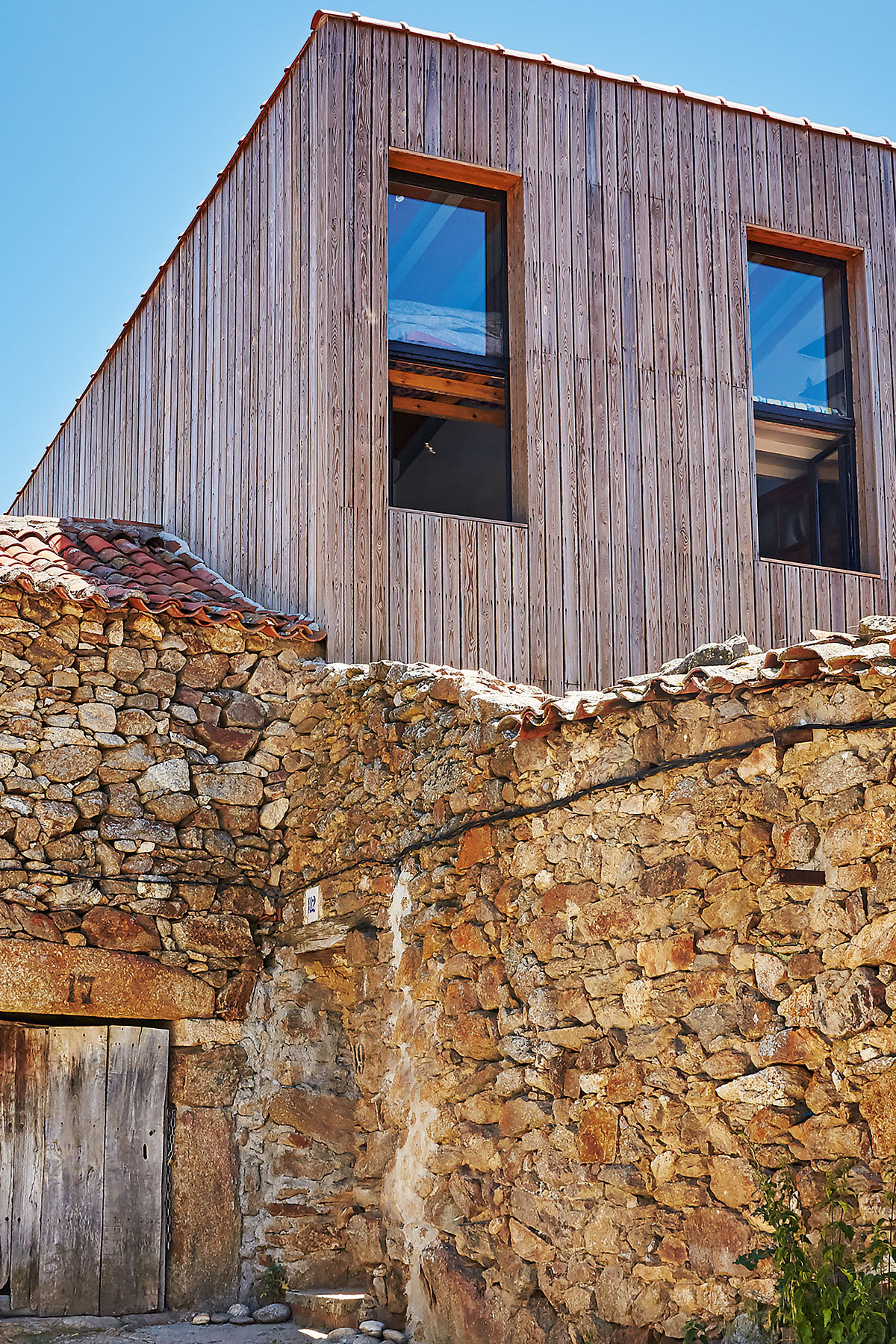 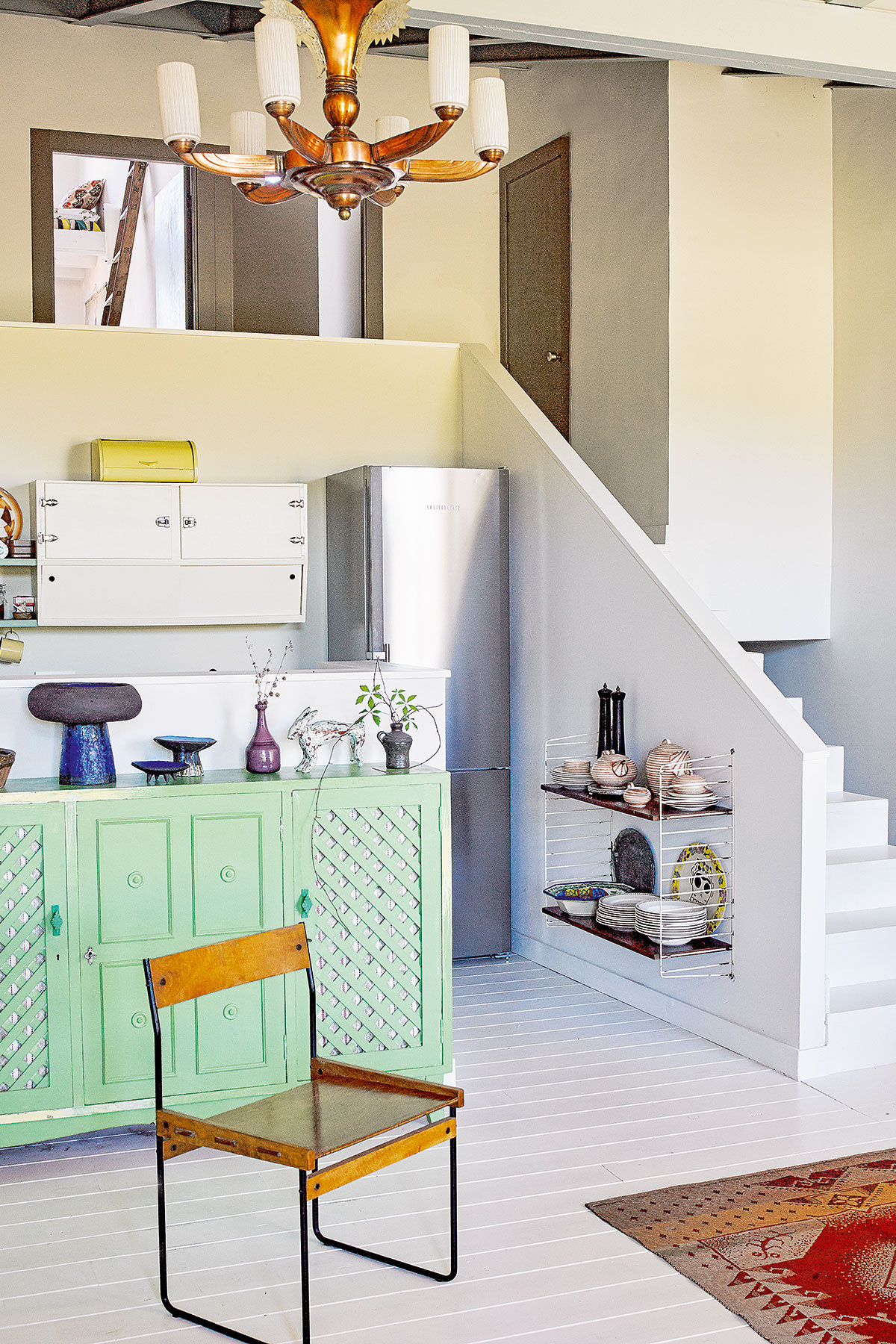 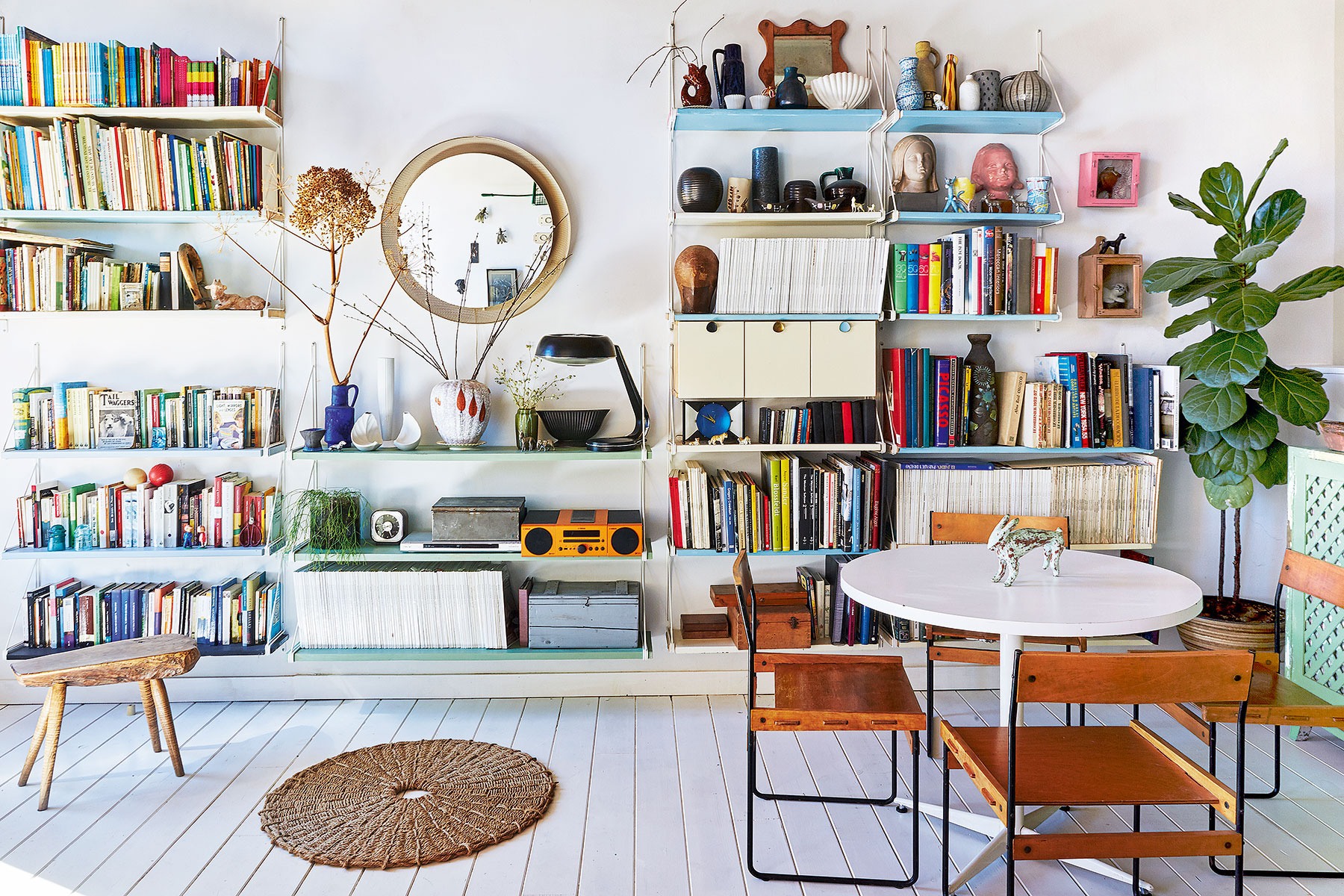 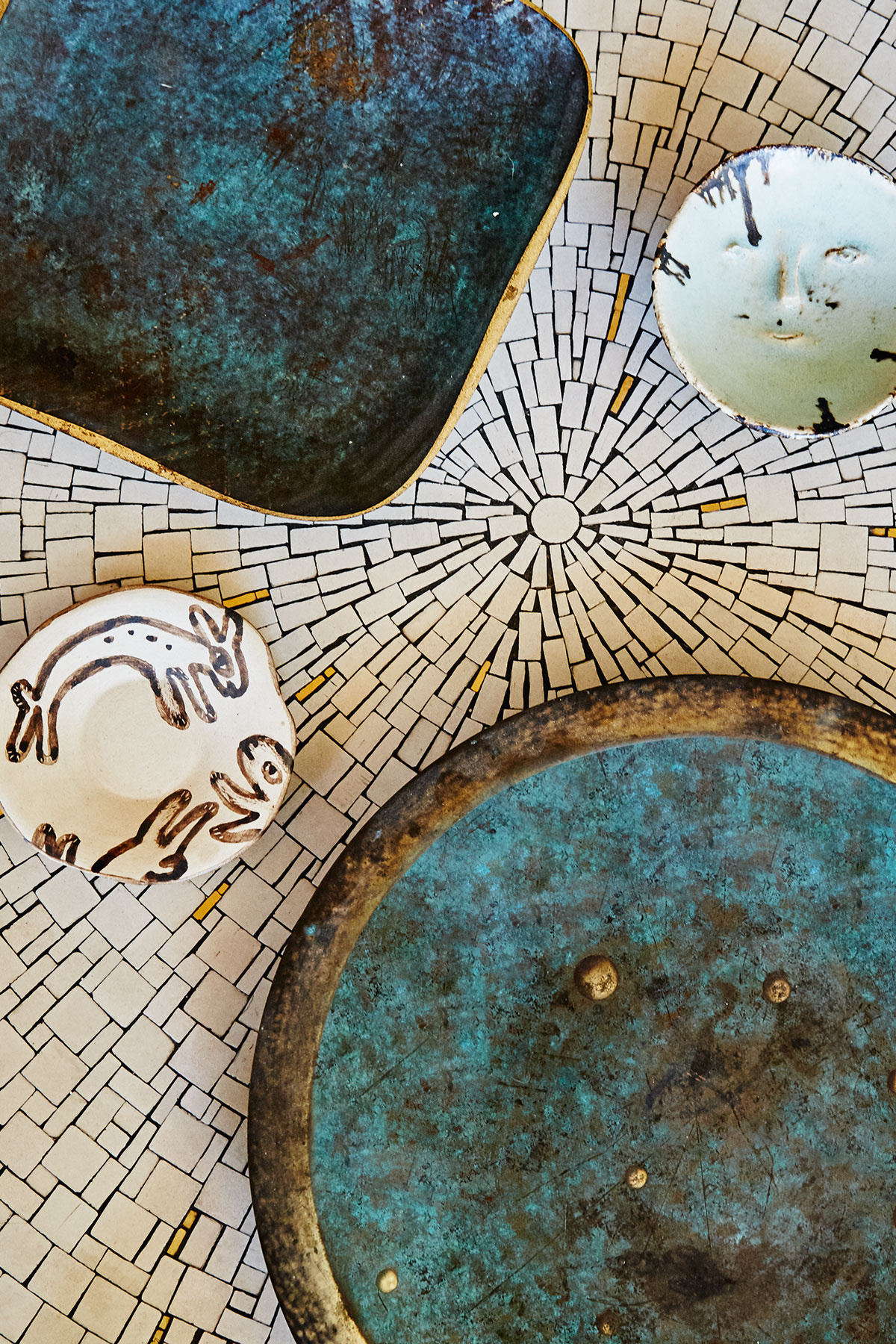 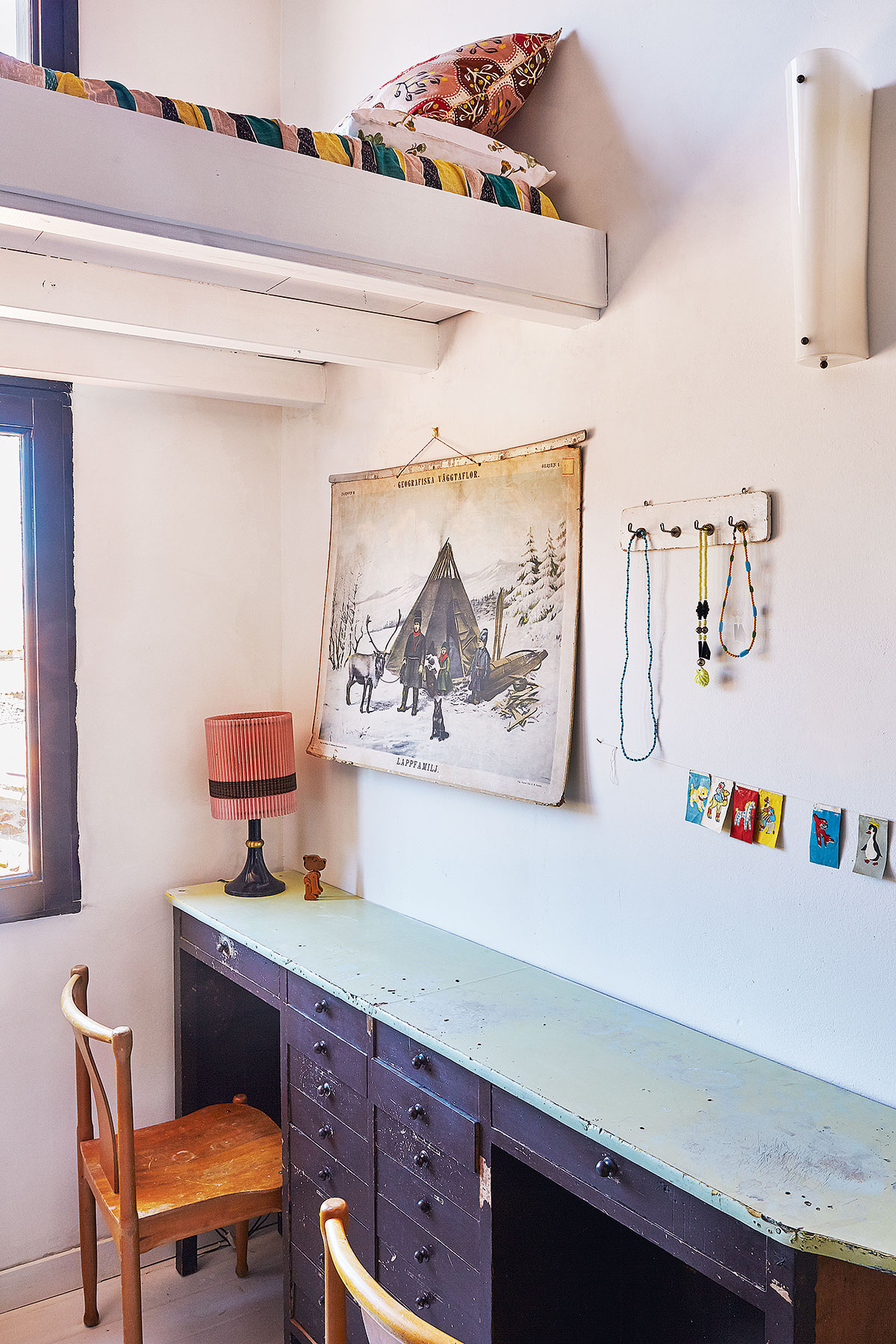 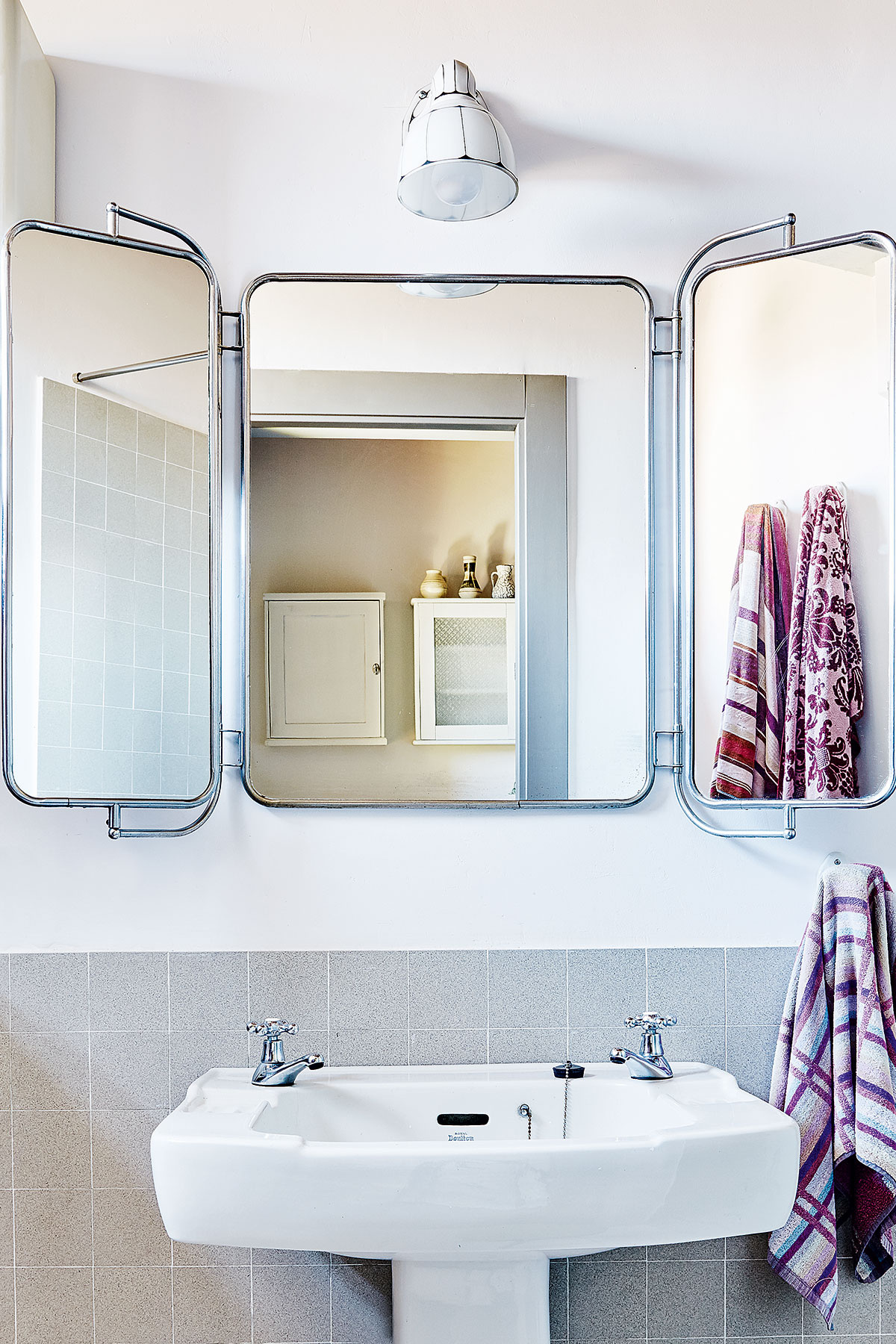