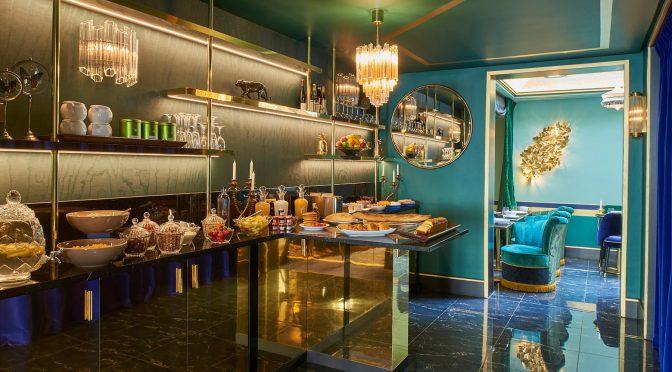 In the heart of the Pigalle district in Paris, Maison Nabis is an intimate hotel that surprises with its artistic character and seduces for its unusual spirit. One among thousands in the Parisian hotel offer. 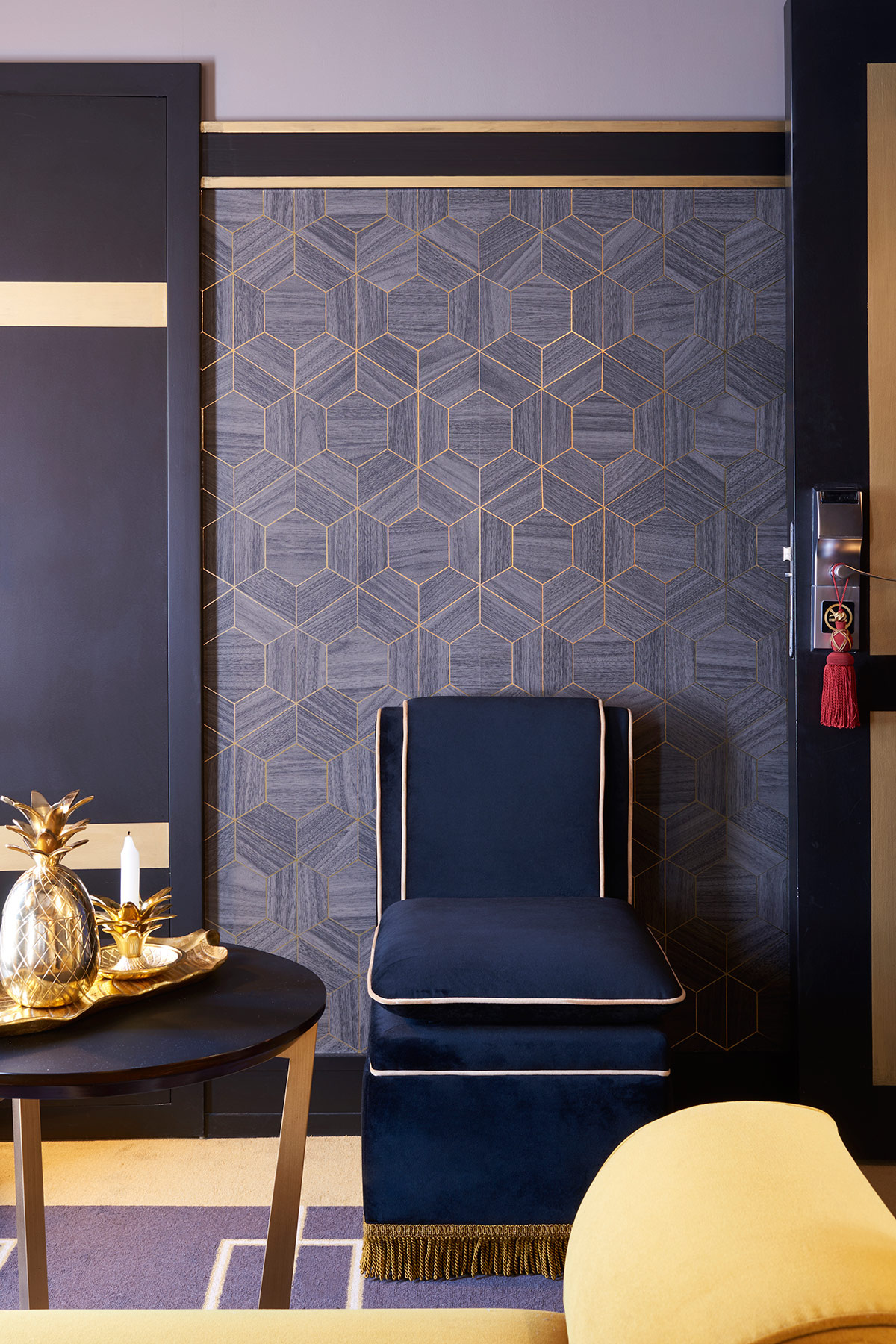 Maison Nabis is a little gem with a very personal style. Designed to offer its guests a global experience, it has a nocturnal and mysterious atmosphere through which the interior architect Oscar Lucien – founder of Maison Numéro 20 – wanted to tell the story of the Nabis. This group of young painters from the late nineteenth century were the first to use screens as supports for their works of art. To remember, this element was used in the decoration of the hotel.

The refined and sensual aesthetic of Maison Nabis was conceived to create surprises and stimulate the imagination. “I wanted to get away from the codes of boutique hotels whose concepts are ephemeral,” confesses Oscar Lucien. On the contrary, the interior architect focused on giving life to a space that seems to have existed for many years. 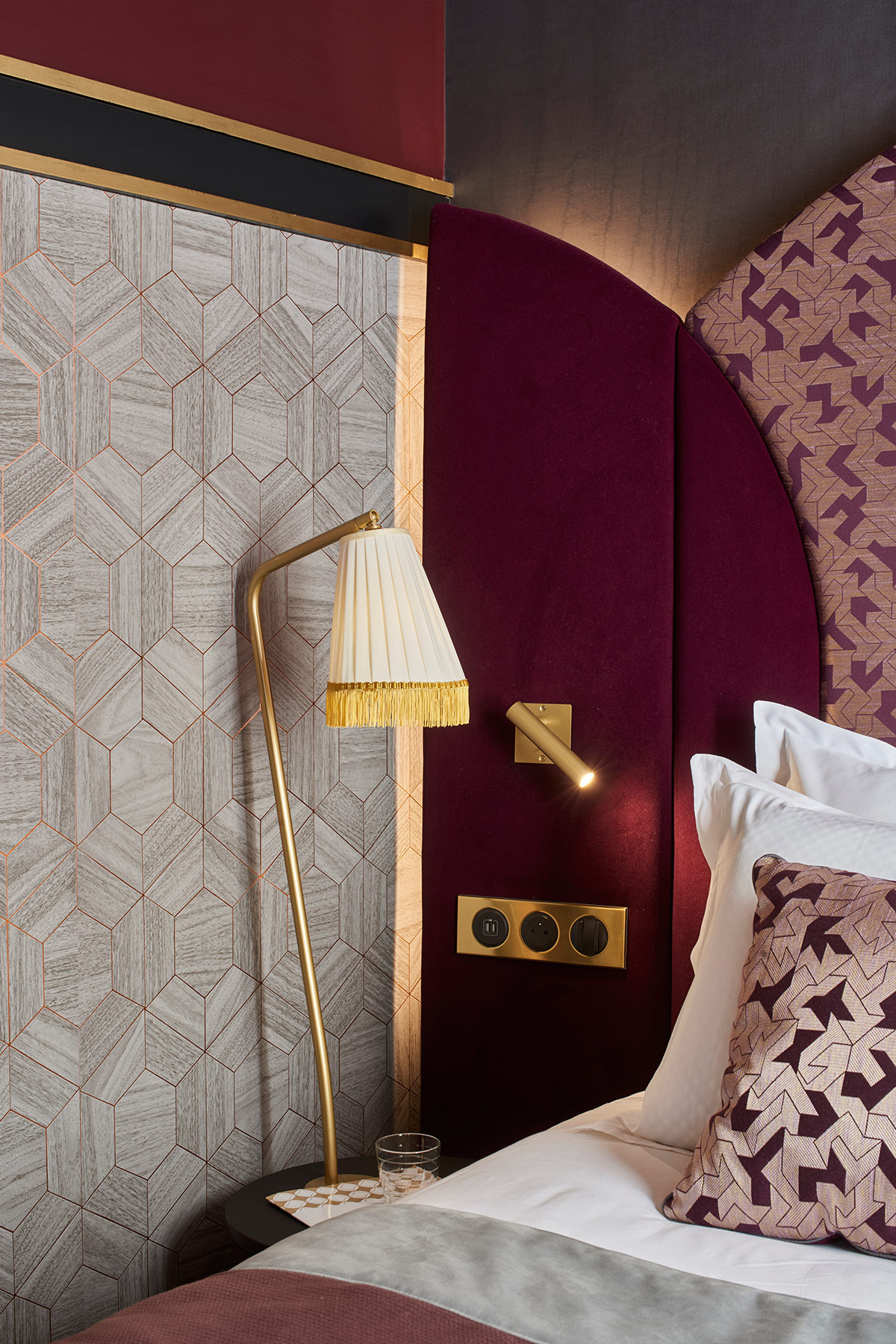 The precious fabrics of brands such as Dedar, Elitis, Houlès, Rubelli, Nobilis, refined materials, custom-made furniture pieces such as Art et Floritude lamps and gold leaf details contribute to the feeling of being in a great Parisian palace. However, one of Oscar Lucien’s biggest challenges was the small size of the space. Its objective was to design cosy areas where to move from one to another as in a large house.

Another challenge was the low amount of light. The interior architect decided to play with contrasts between light and dark. “The dark colors allow a feeling of greater depth and intimacy. They want to stay in this atmosphere and are a reference to the houses of bad reputation that were before in the neighborhood, as well as femininity, “he explains. 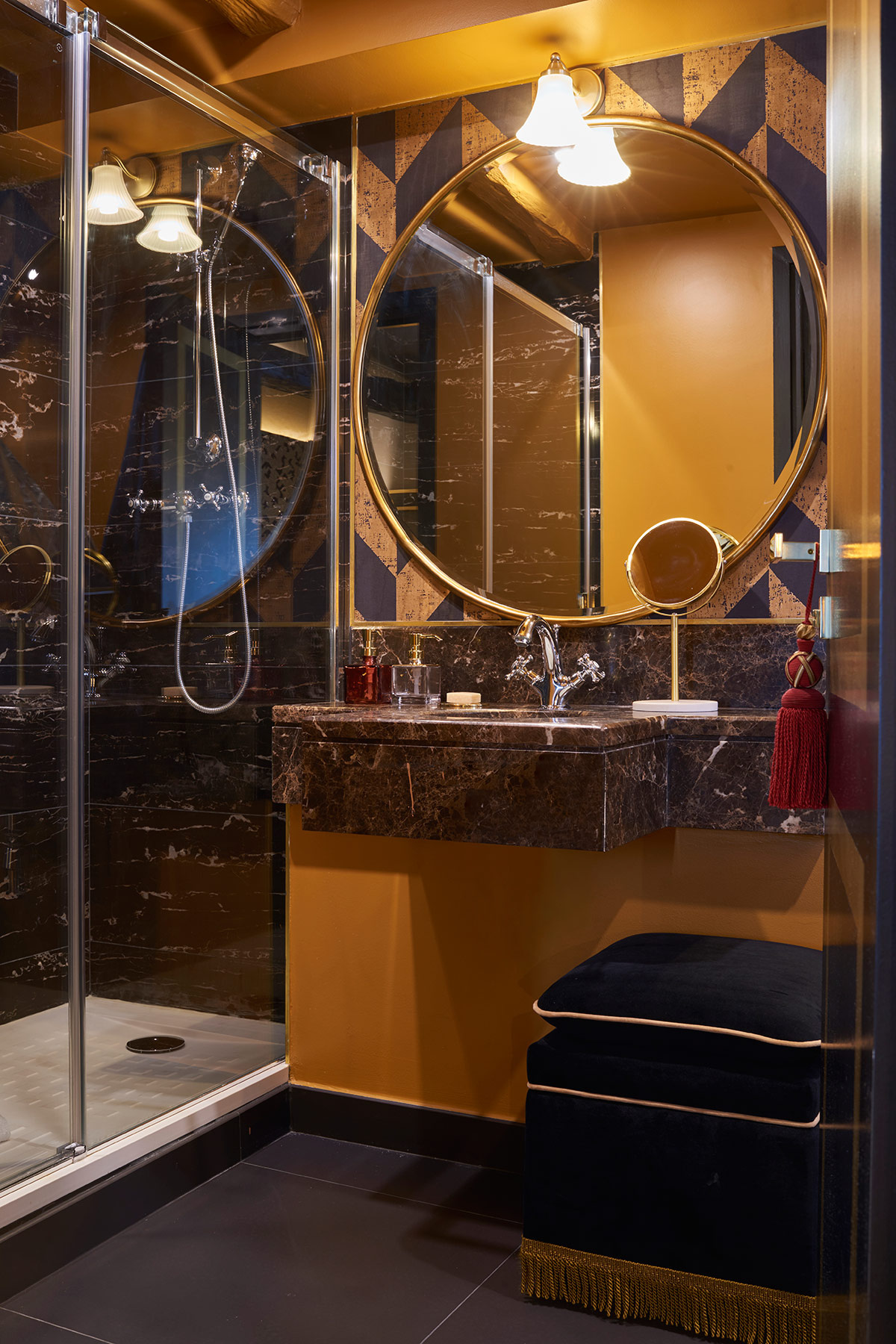 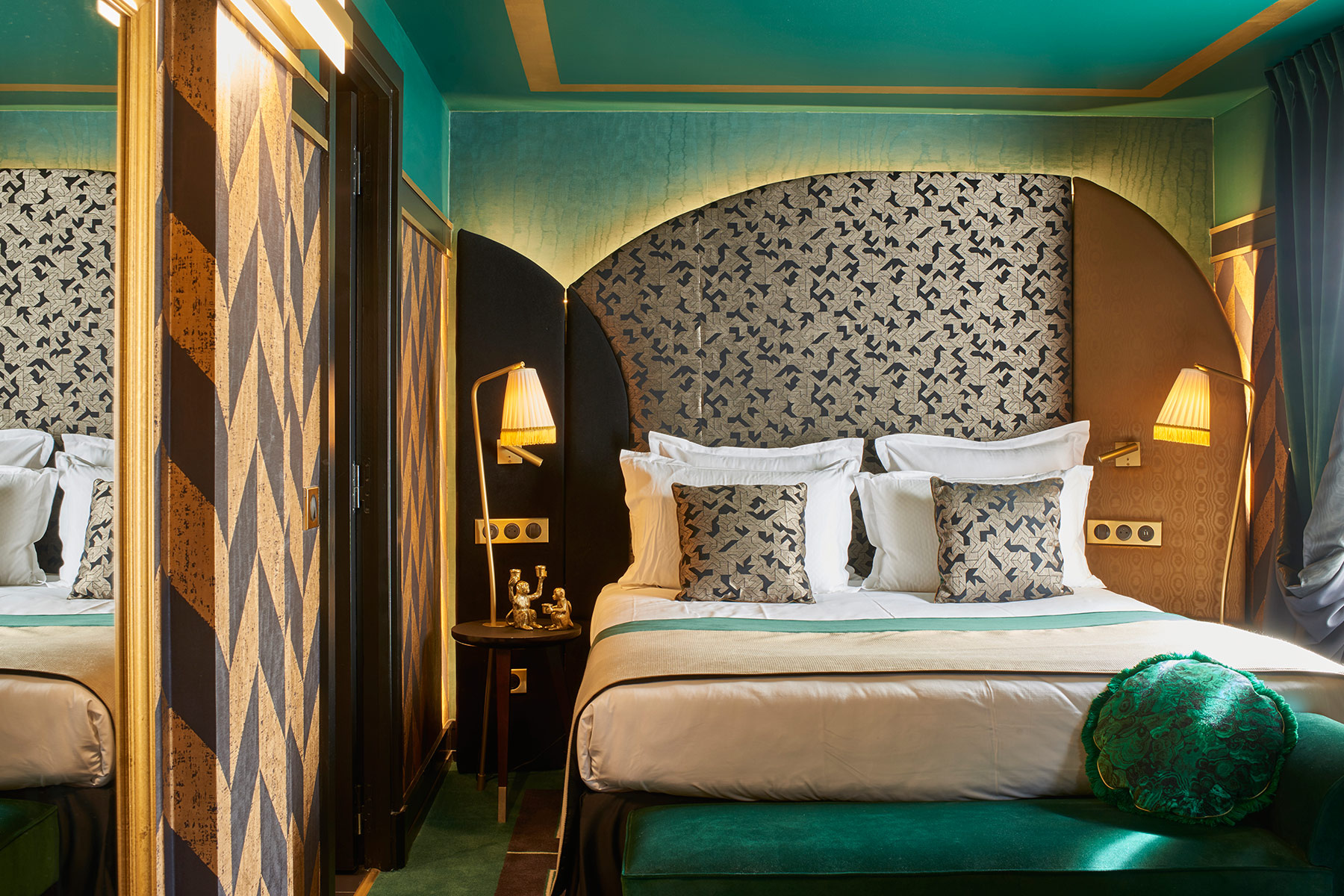 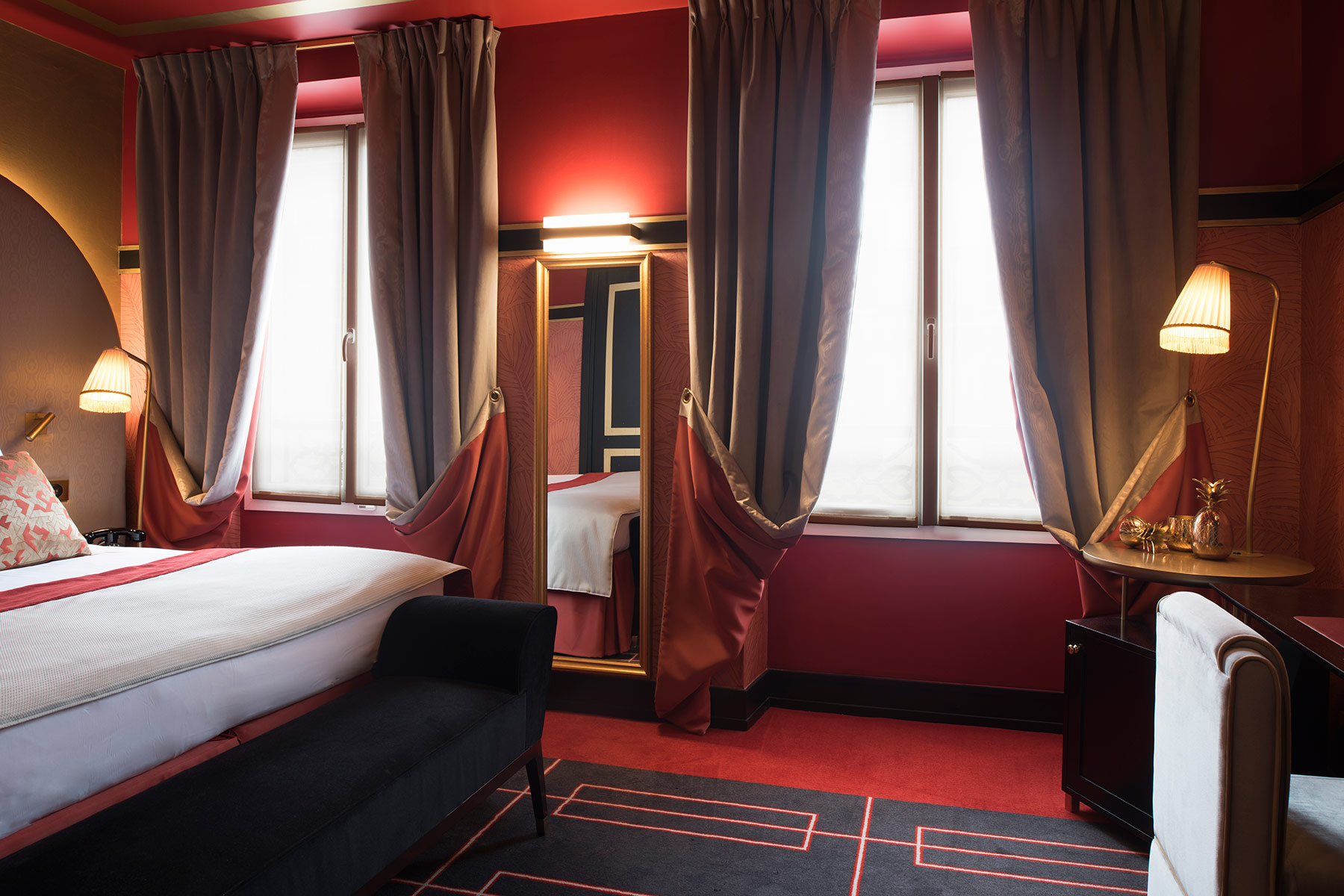 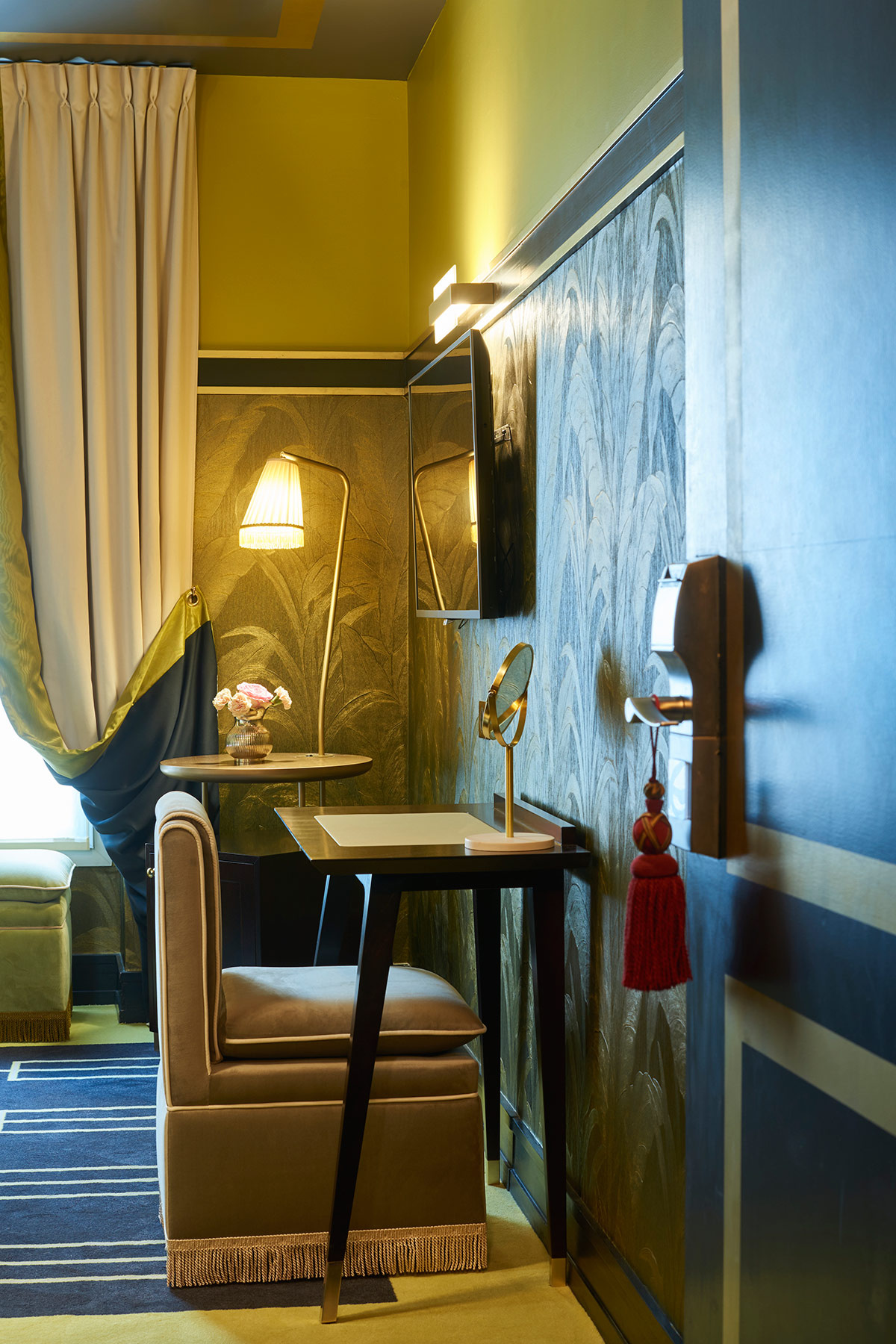 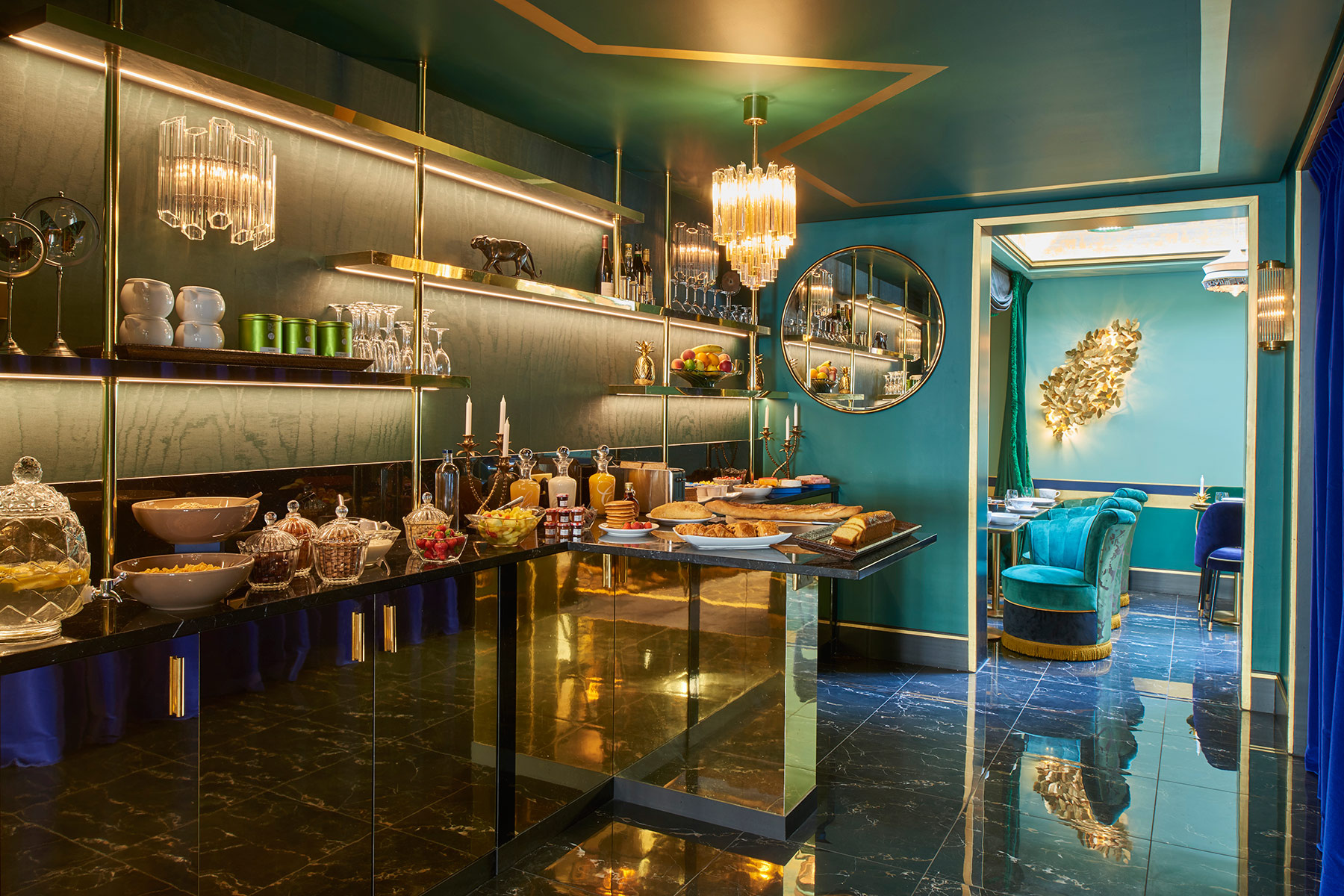 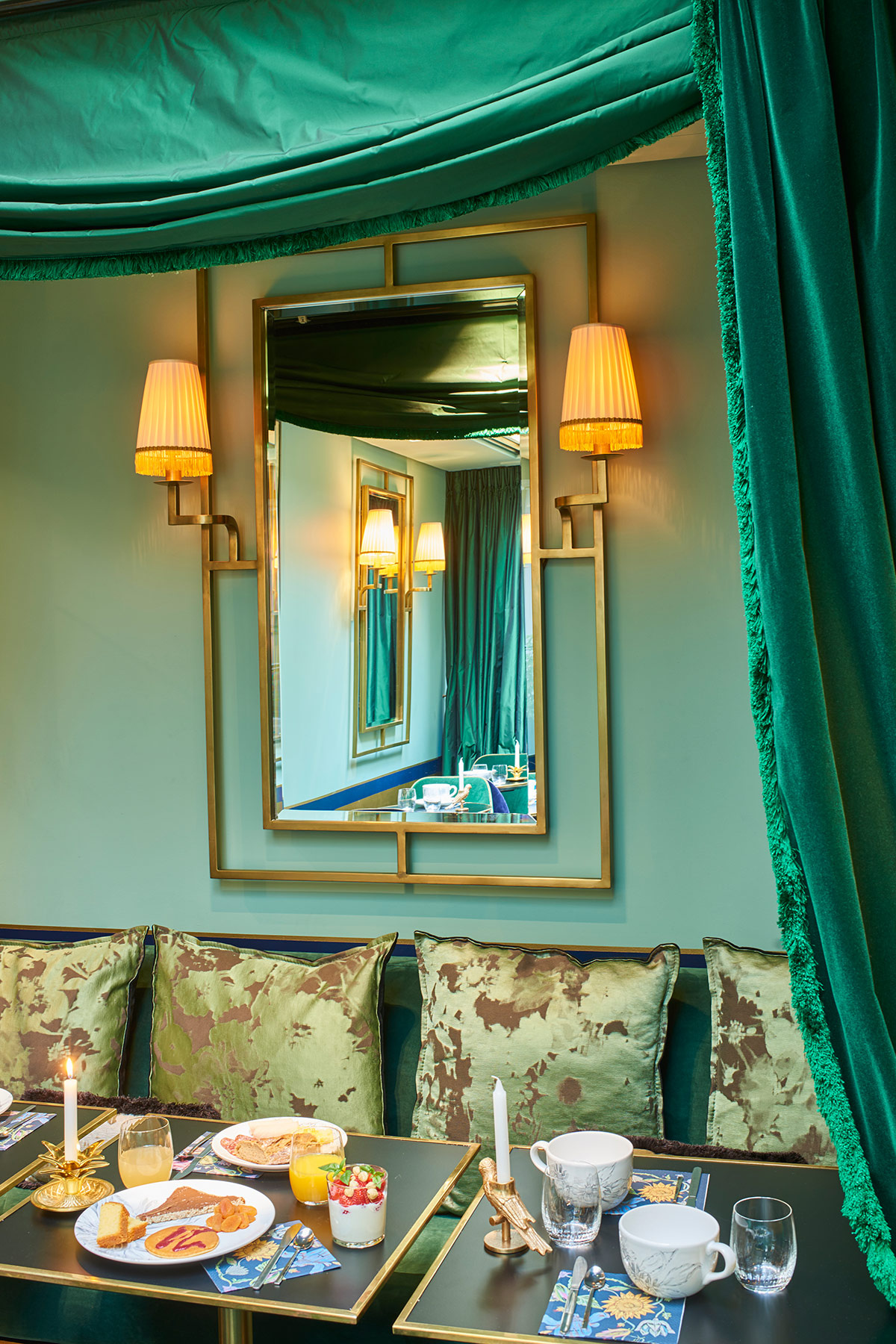 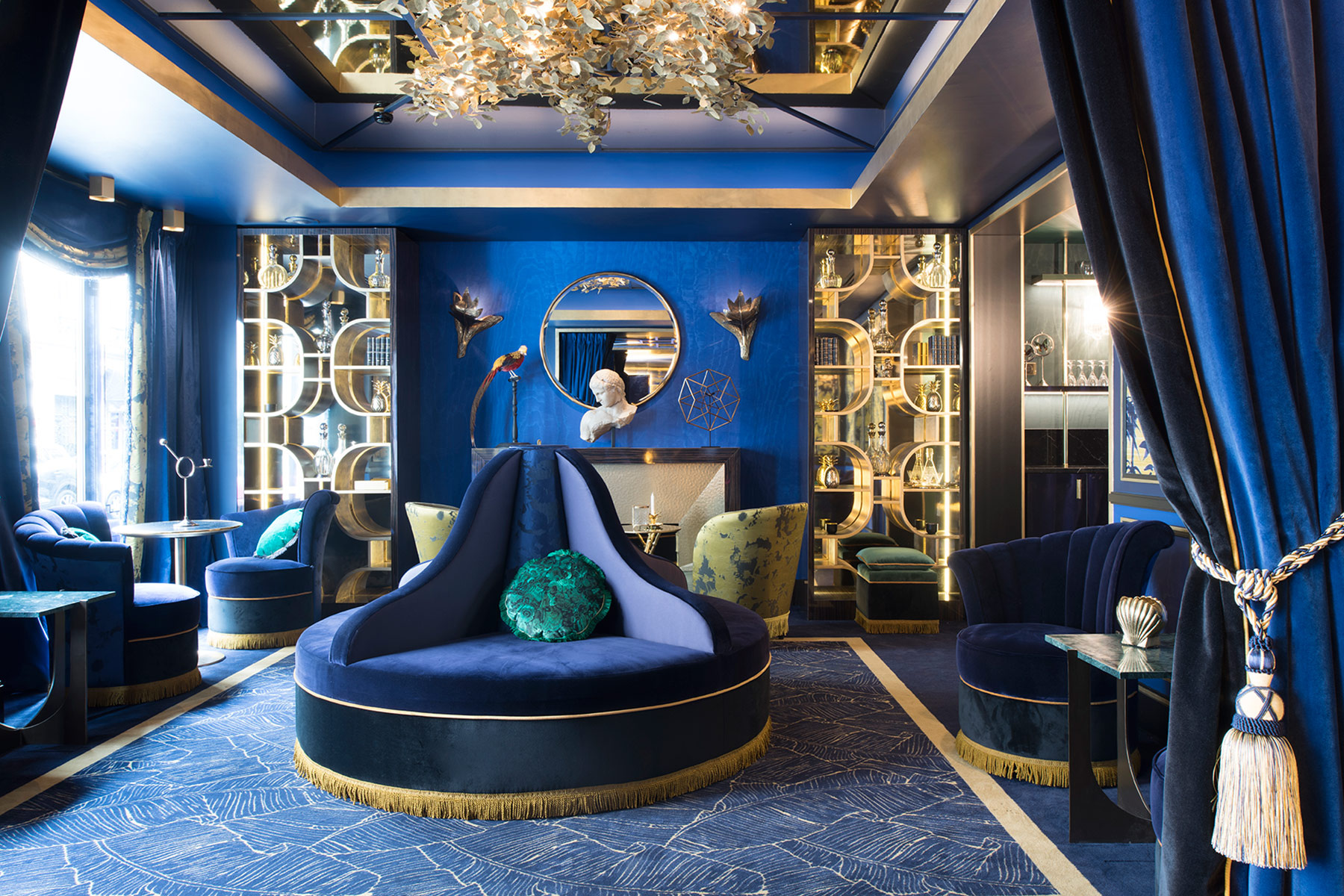 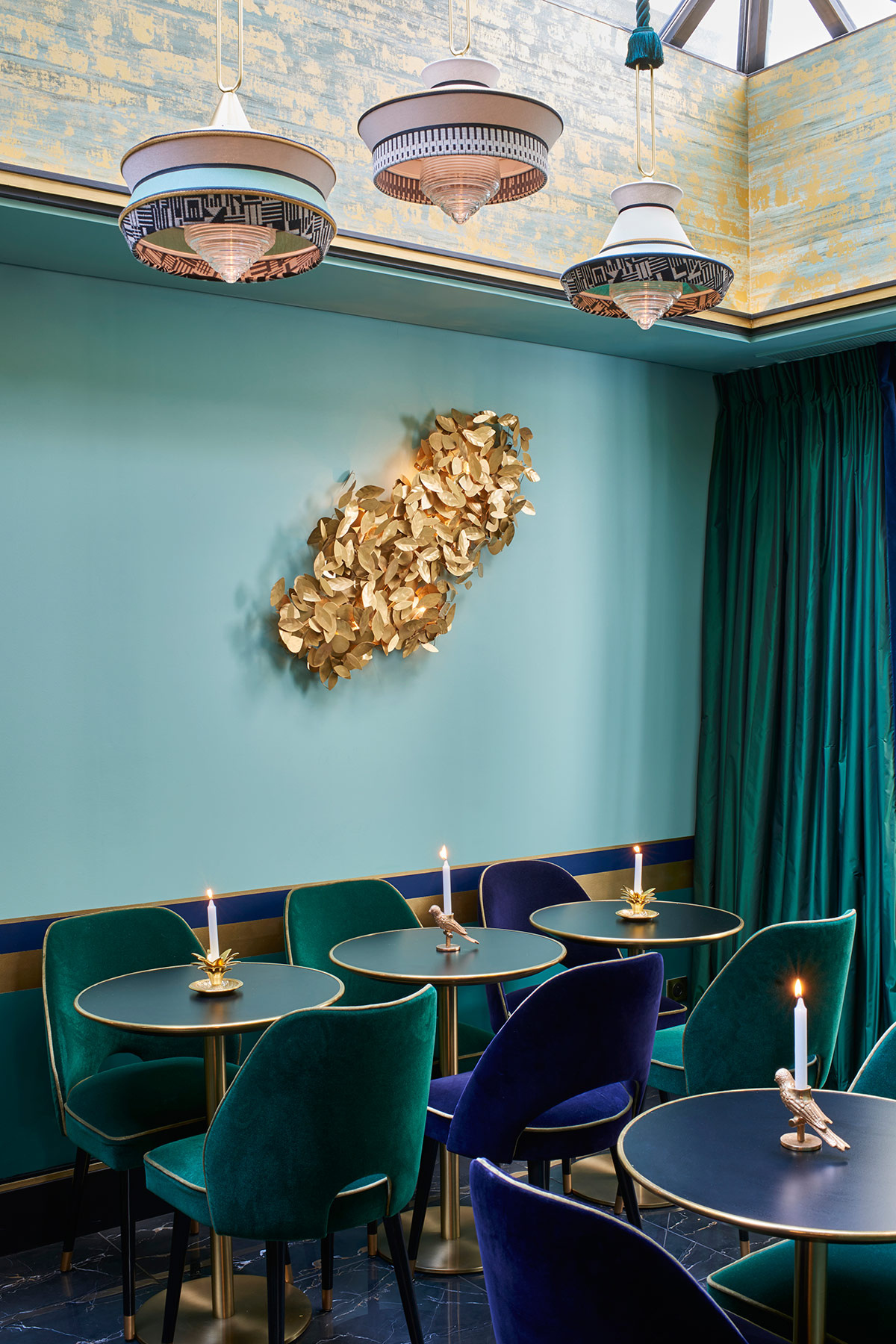 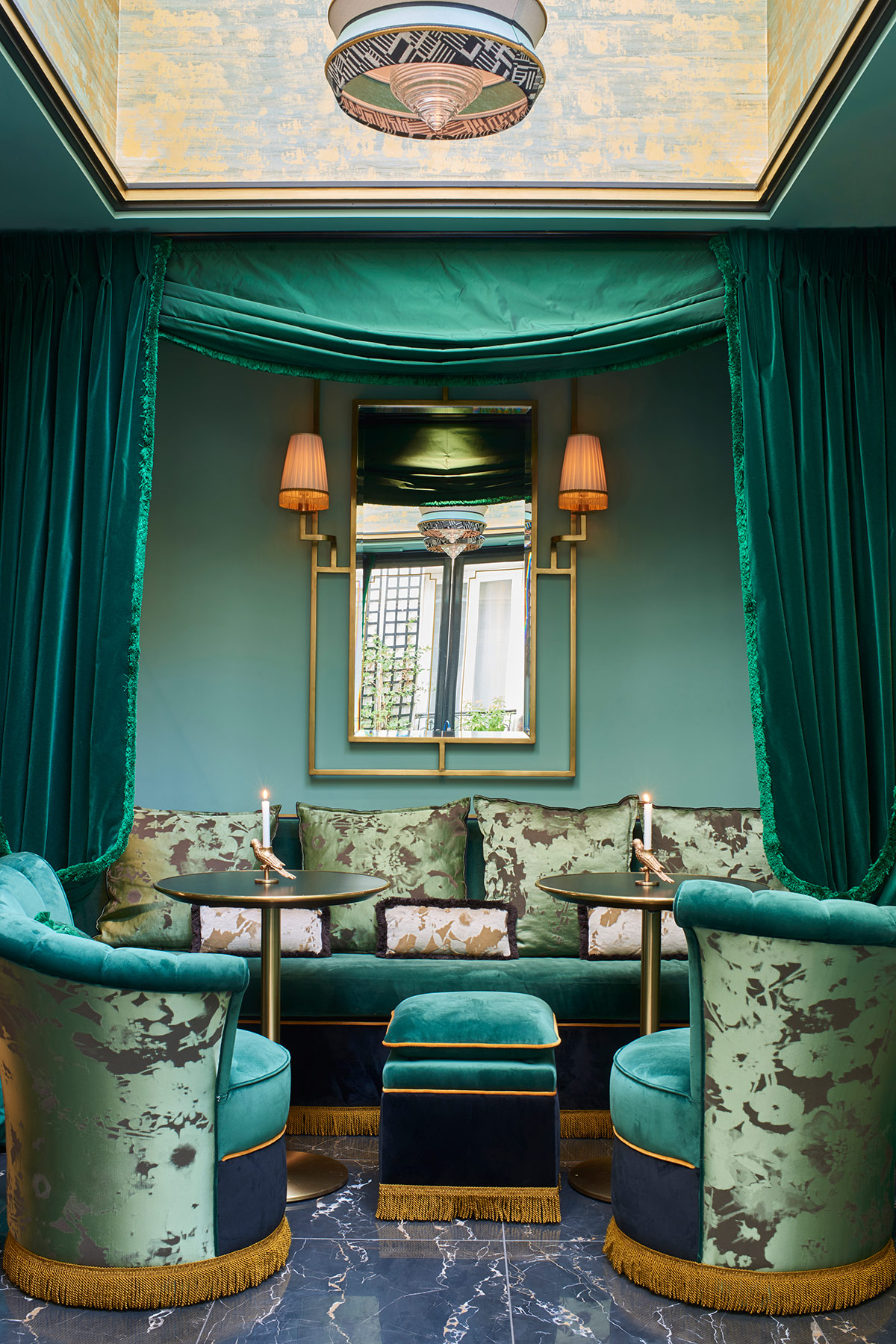 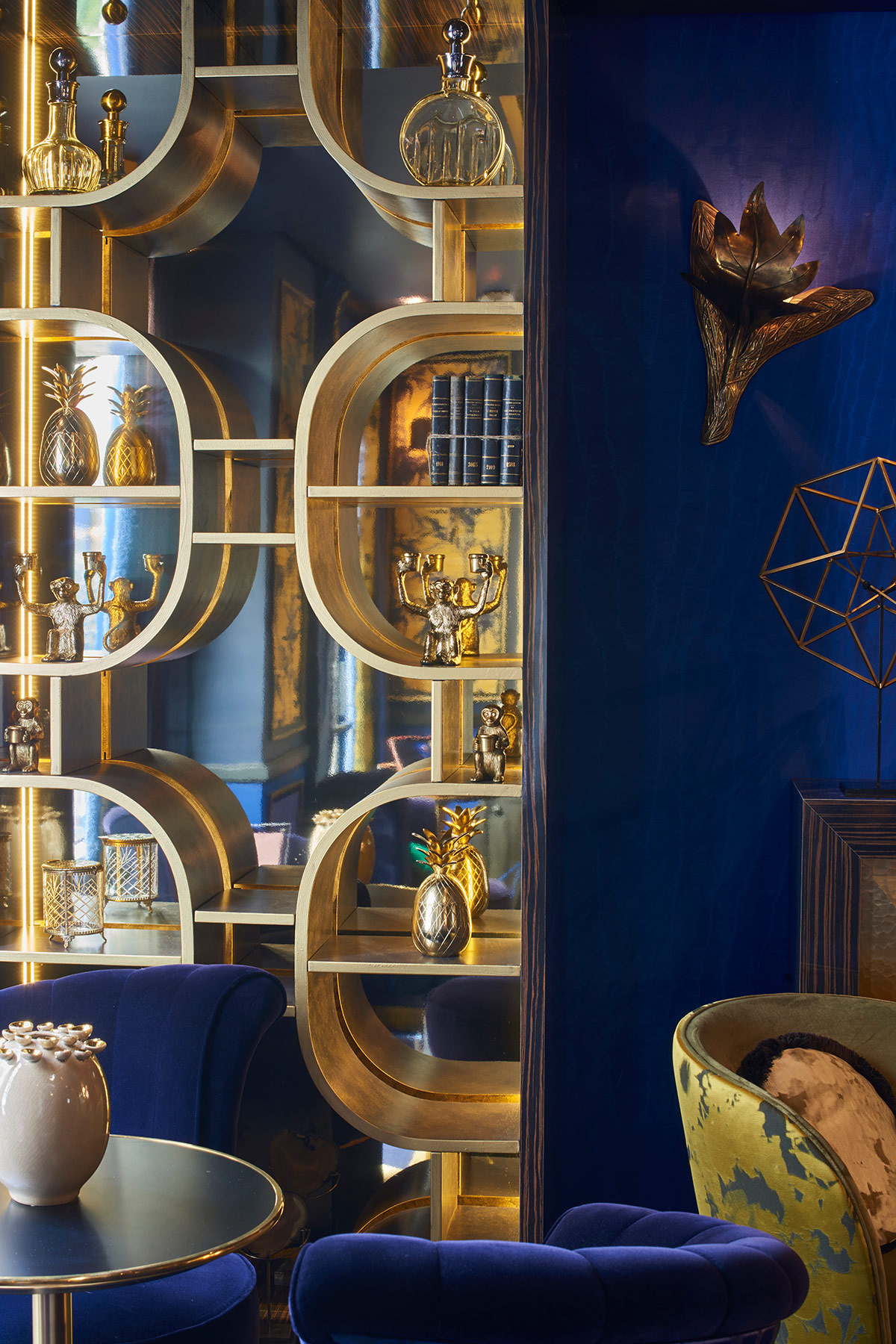 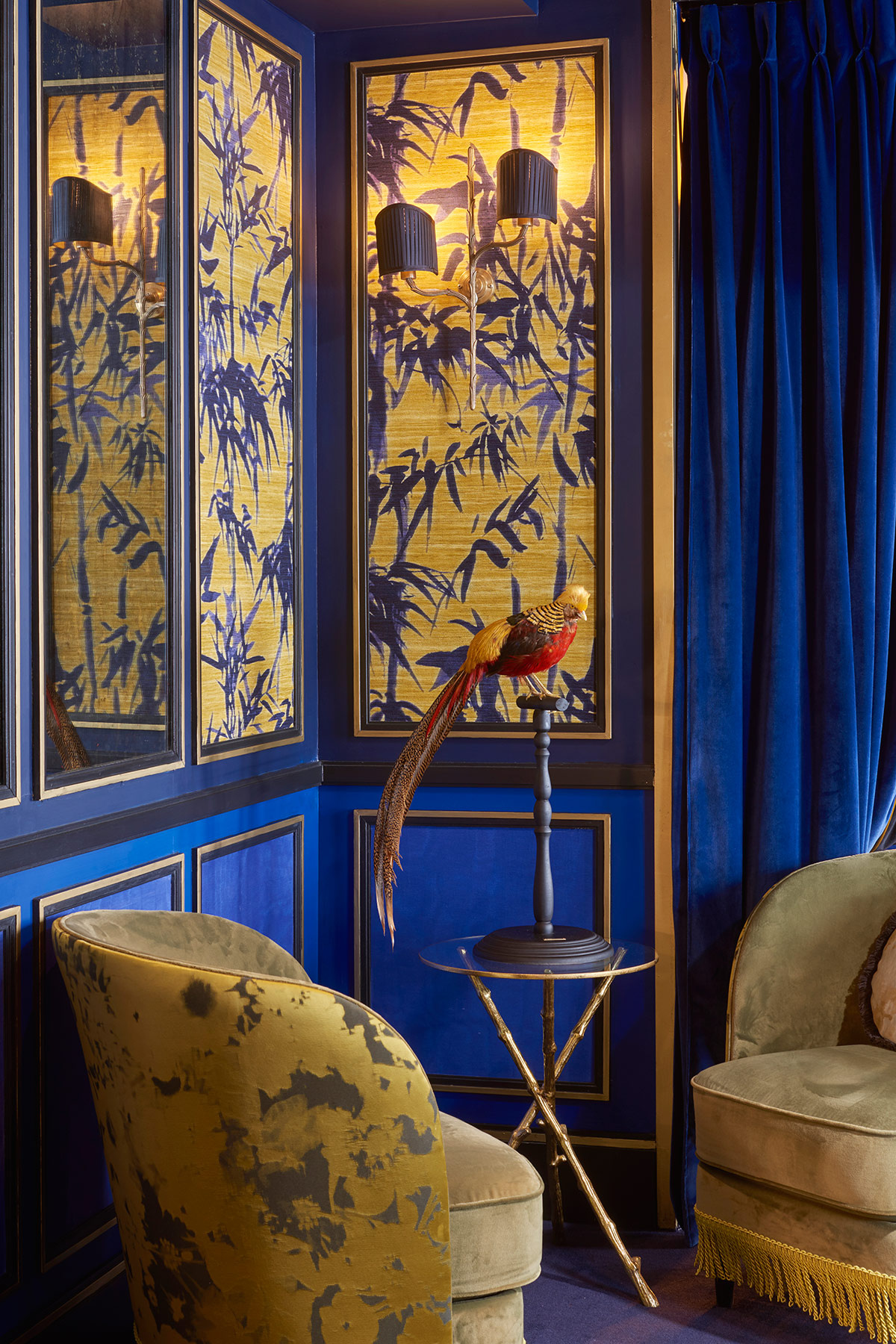 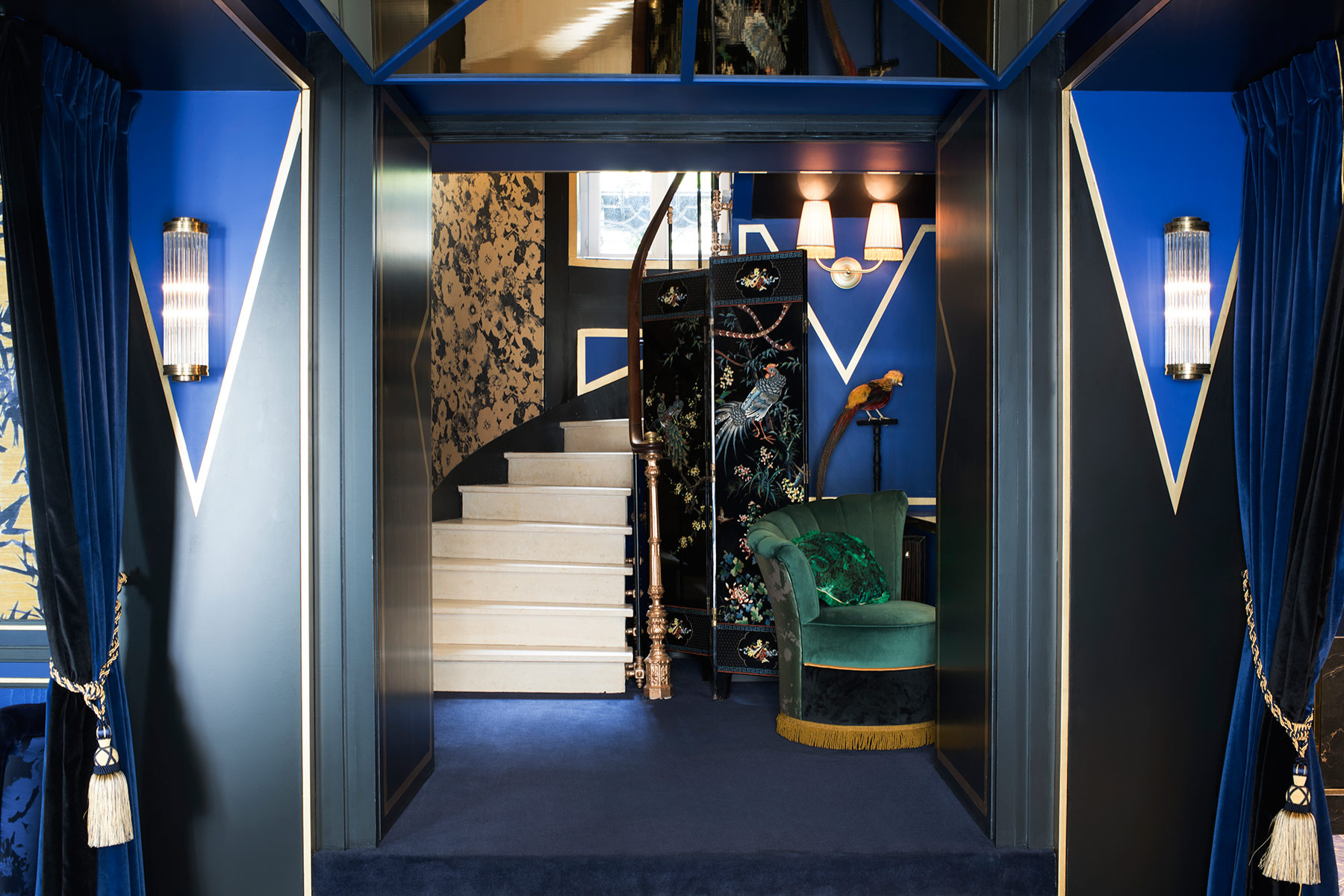 In this Parisian hotel of the Happyculture collection, one color predominates in each of the six levels and also in the rooms: red for the ruby ​​level, green for emerald, white for pearl, black for black diamond, yellow for yellow opal, purple for amethyst. Maison Nabis has only 30 sophisticated rooms. Decorated with graphic, vegetable or bird motifs, the headers refer to this key piece in Asian culture.

In all the spaces of the hotel -including the salon adorned with chinoiseries-, decorative elements with curves that honor the free spirit of Art Nouveau, exotic touches and precious materials are discovered. The common thread is always the same: the audacity, the chic and the frivolity of the Belle Epoque.