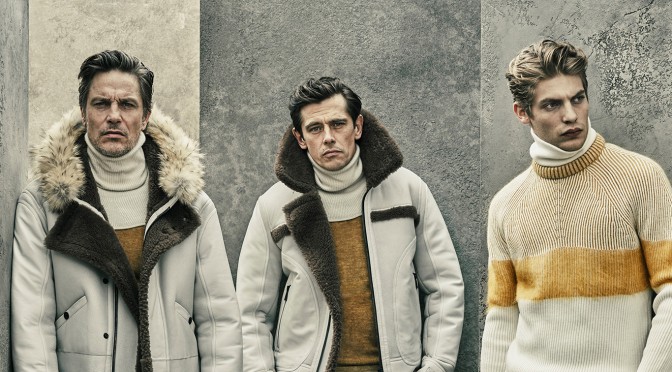 LONDON, UNITED KINGDOM [JANUARY 12, 2015] – Since Belstaff’s acquisition by Labelux, first Martin Cooper and now Fred Dyhr, vice president of men’s design, have been charged with producing collections that will rev up this venerable Stoke-founded manufacturer of waxed biker jackets and propel it into pole position (or at least a prominent spot) within the seasonal fashion cycle. Cooper did pretty well design-wise, yet he rode off into the sunset last year. Today Dyhr accelerated smoothly into his new spot, building the collection around Ton-Up, a Brando-inspired British biker subculture that competed to hit 100 miles an hour on their motorbikes. (FYI: 100 equals “a ton” as 1,000 equals “a grand” in British slang.)

This was a buzzy presentation, with a packed bar, the Propellers playing, and product-swept models lolling louchely about in a manner slightly reminiscent of the Fonz at Arnold’s. Highlights included some magnificent shearling pieces that were more bomber command than biker—one teal and short, one white and long, one reversed and mixed with black waxed cotton and worn over a cherry red under-jacket. Blousons and a mohair knit came checkered with a finish-line print, and, in one strong example, paneled with a blown-up relief of the house’s phoenix logo. There was a donkey jacket at the cafe too, and spilt-oil print versions of Belstaff’s canonic “master” waxed-cotton jackets. Either absent at the show or hidden by the throng (although tucked in at the very end of the press release) was a new version of the “Milford” coat popularized by Benedict Cumberbatch in his portrayal of Sherlock Holmes. According to Belstaff it will be available in a plain cashmere-wool mix and a “membrane-backed” same-blend dogtooth.

Dyhr and his team’s collection was extremely fine. Yet whether your taste runs to the traditional, the technical, or something in between, outerwear is a category that is currently full of excellent labels making wonderful product. Burberry, Brunello Cucinelli, and Barbour are just a few of the top-tier B’s that Belstaff is competing with. So it’s surprising they didn’t make more of a noise about Sherlock. 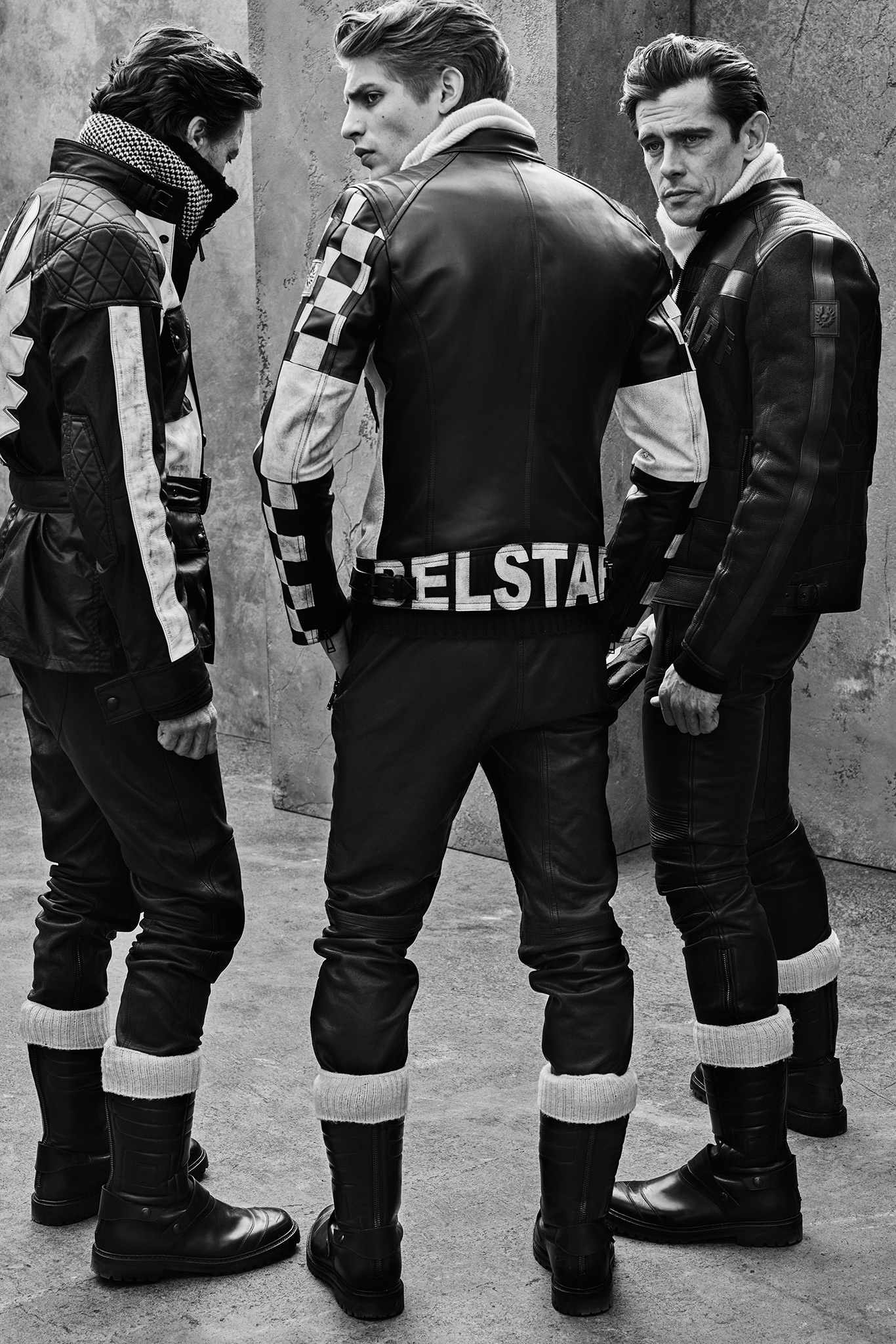 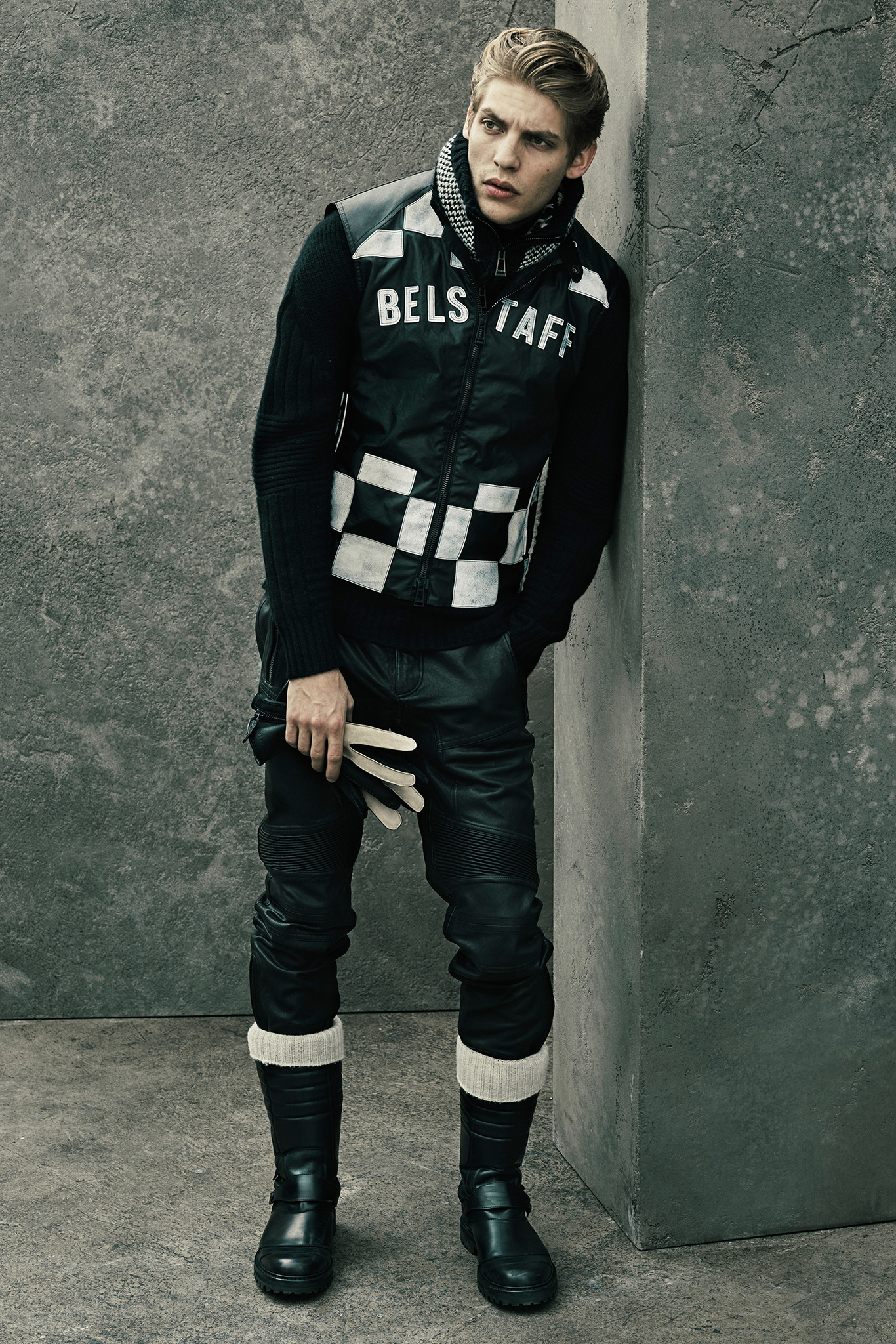 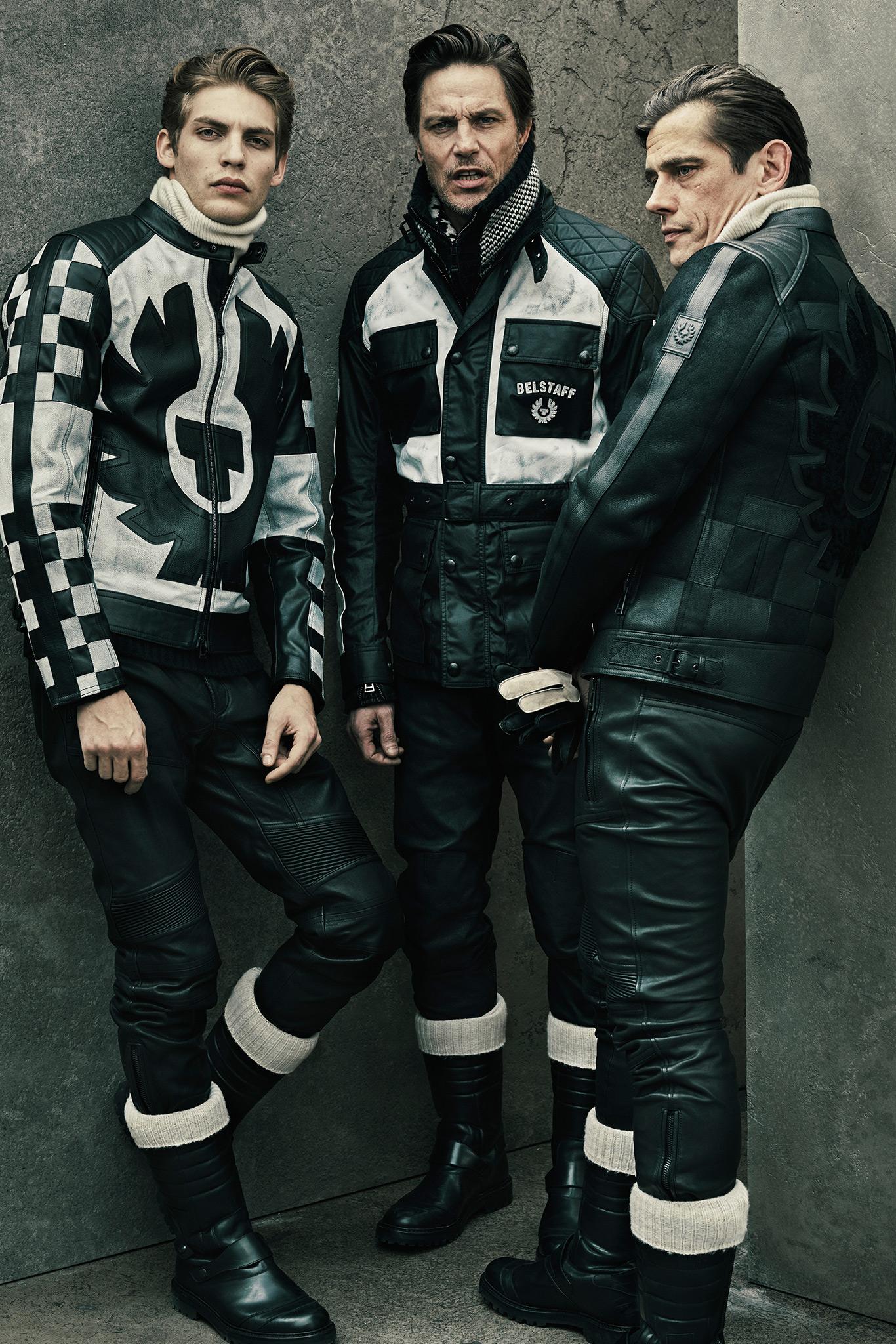 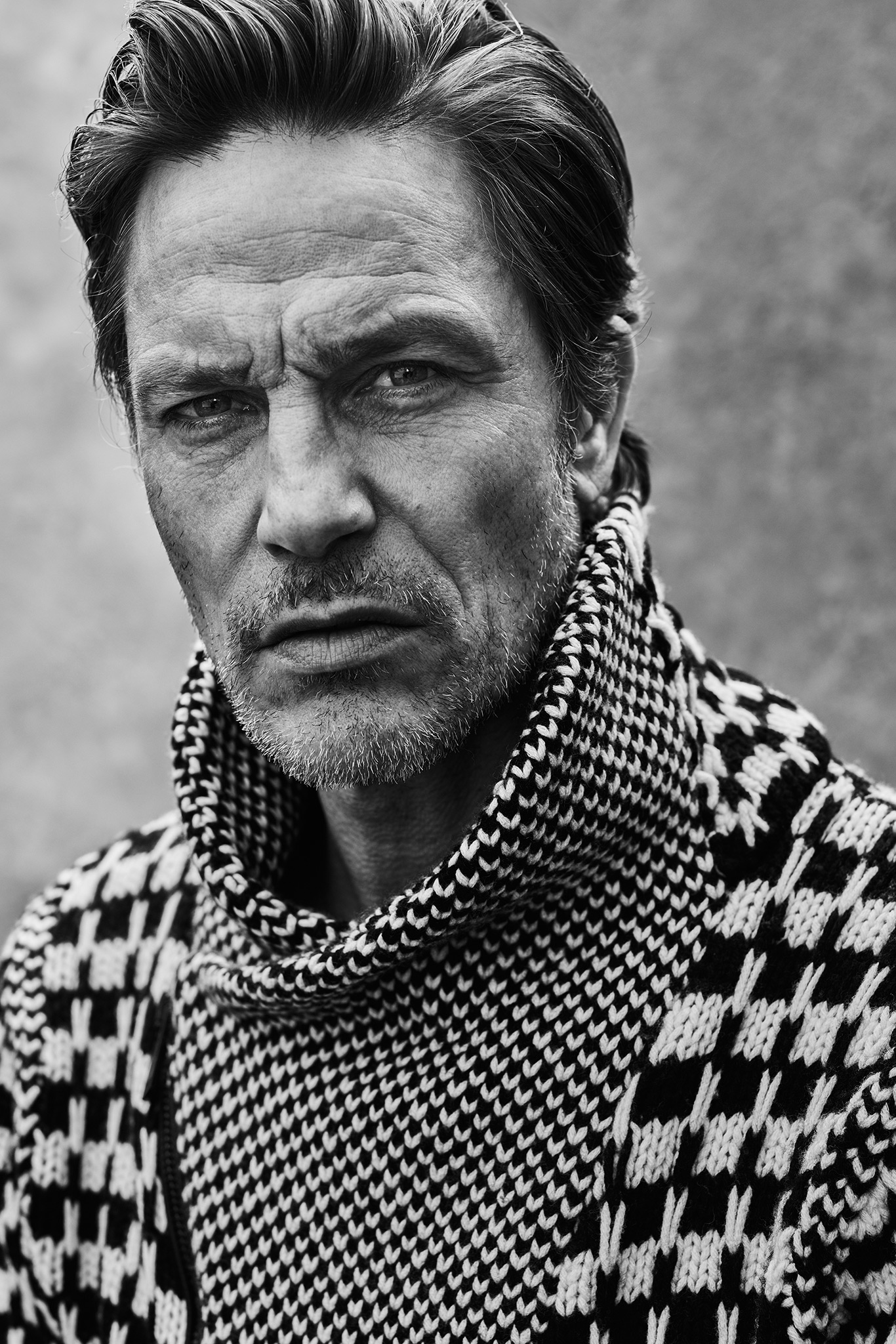 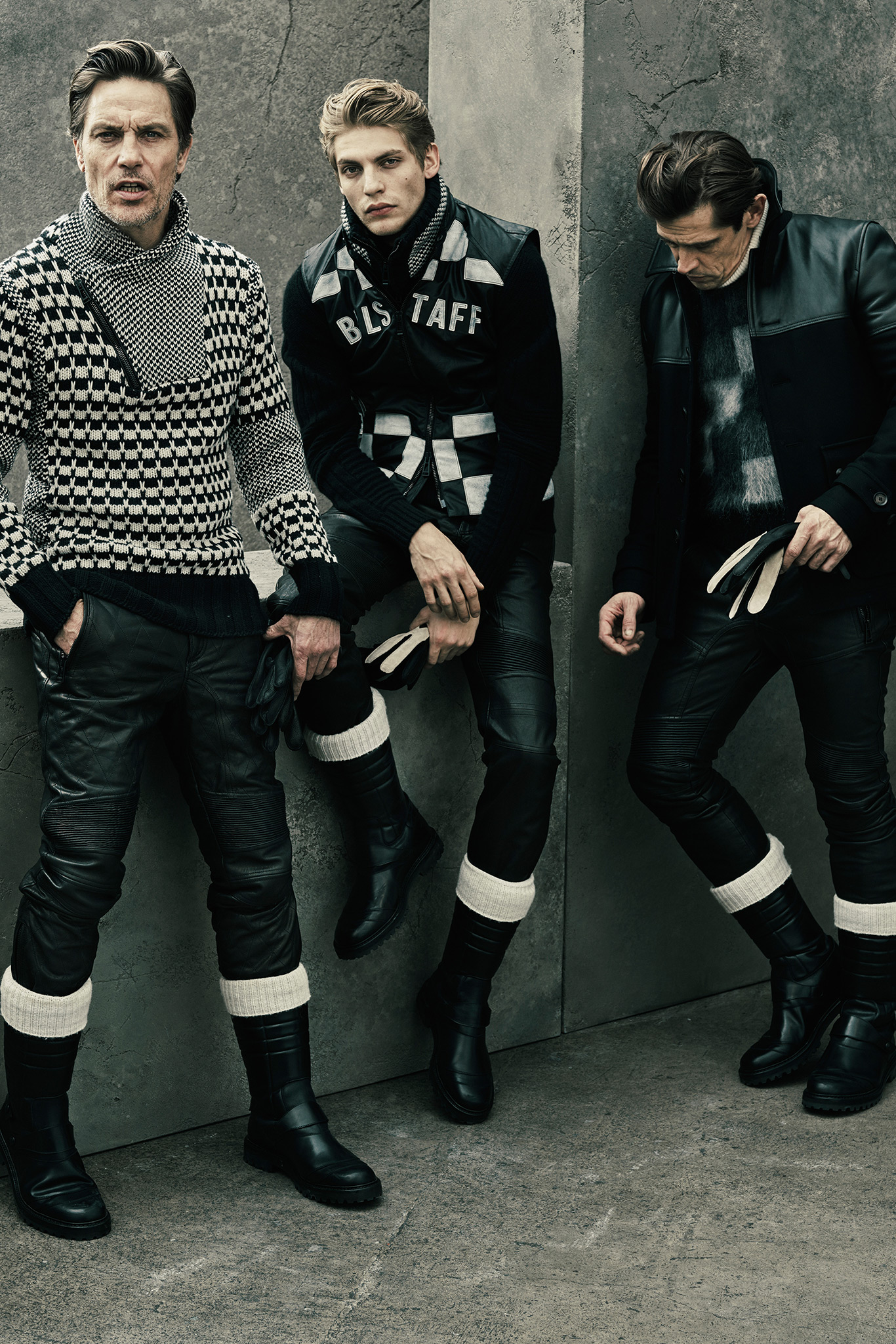 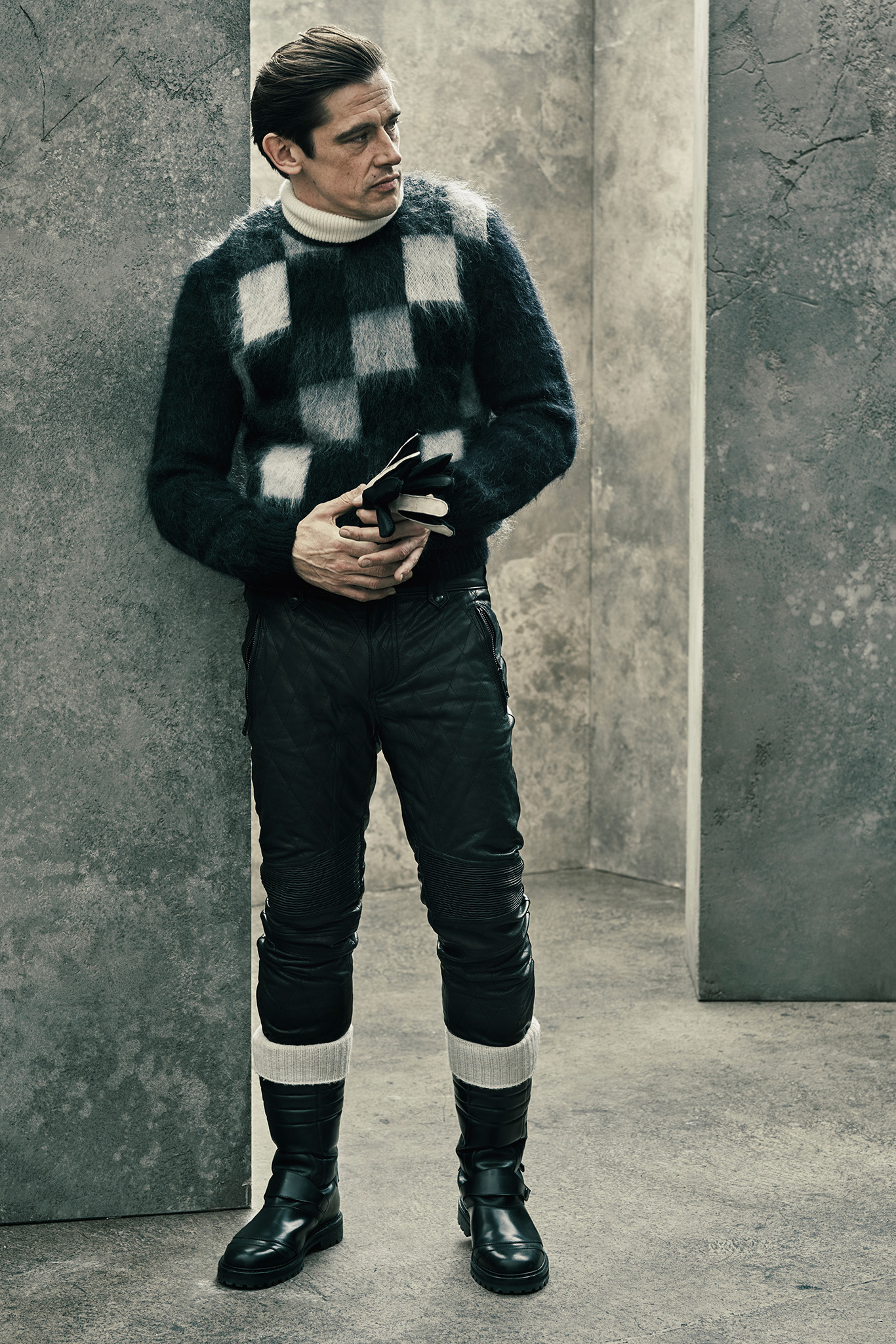 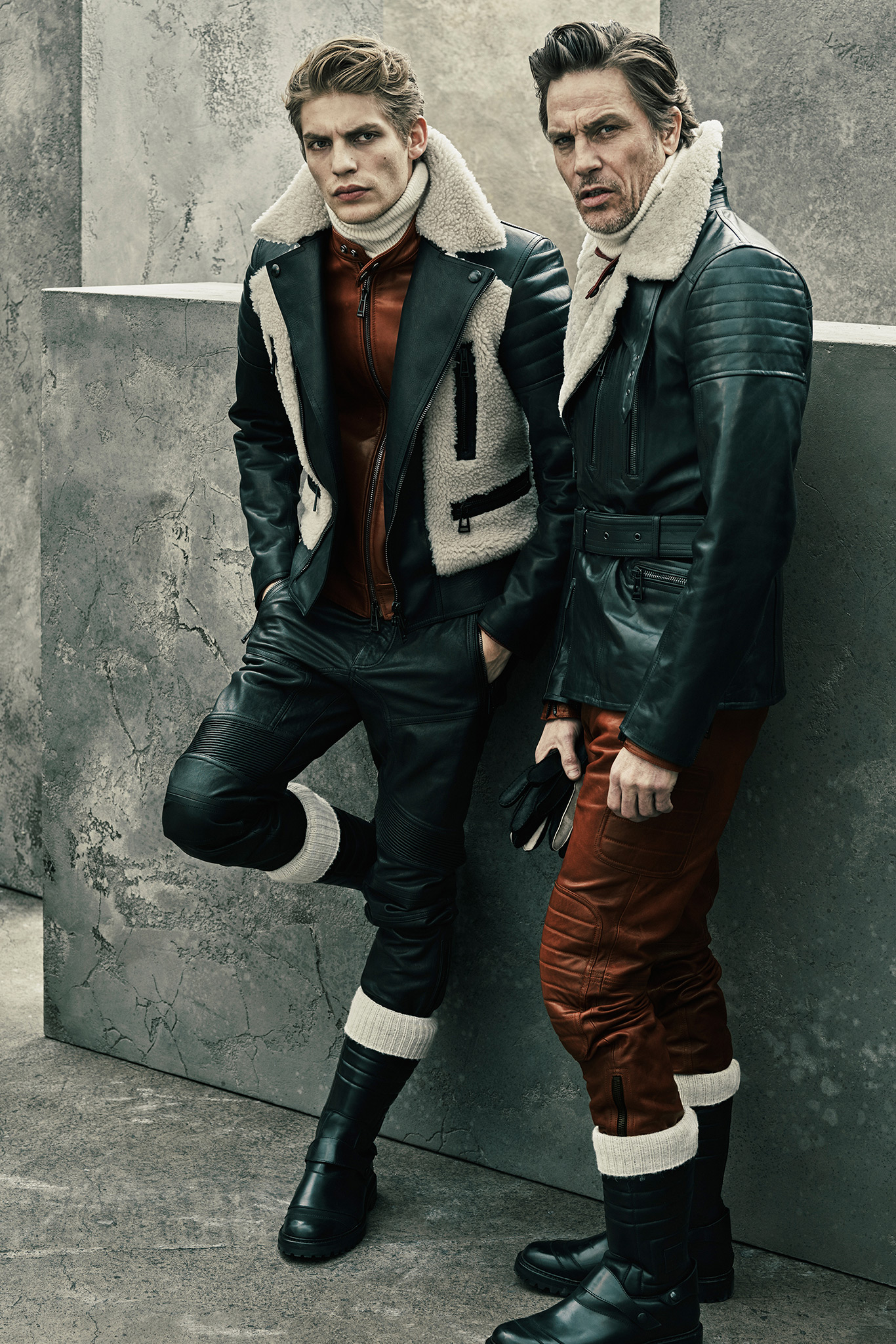 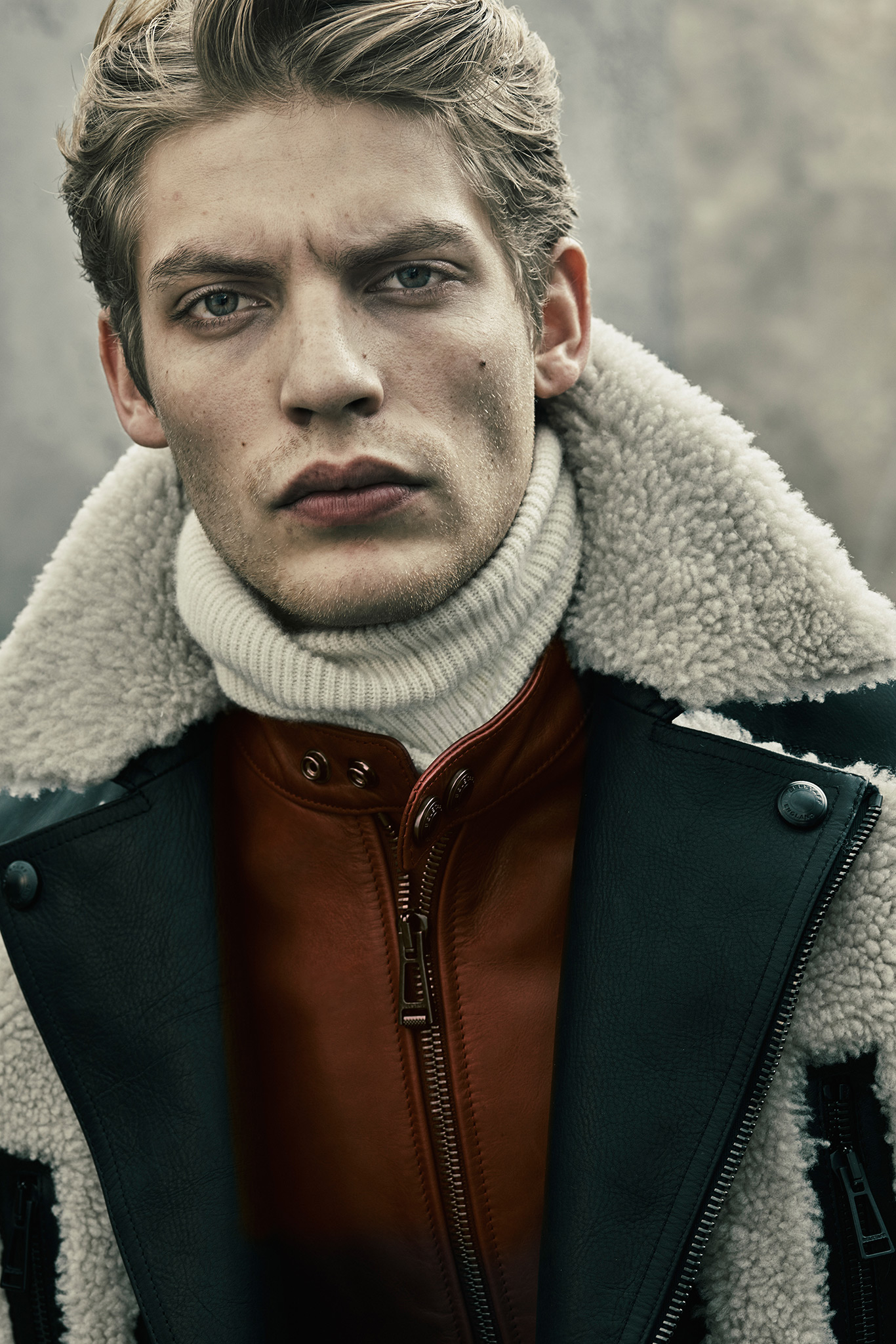 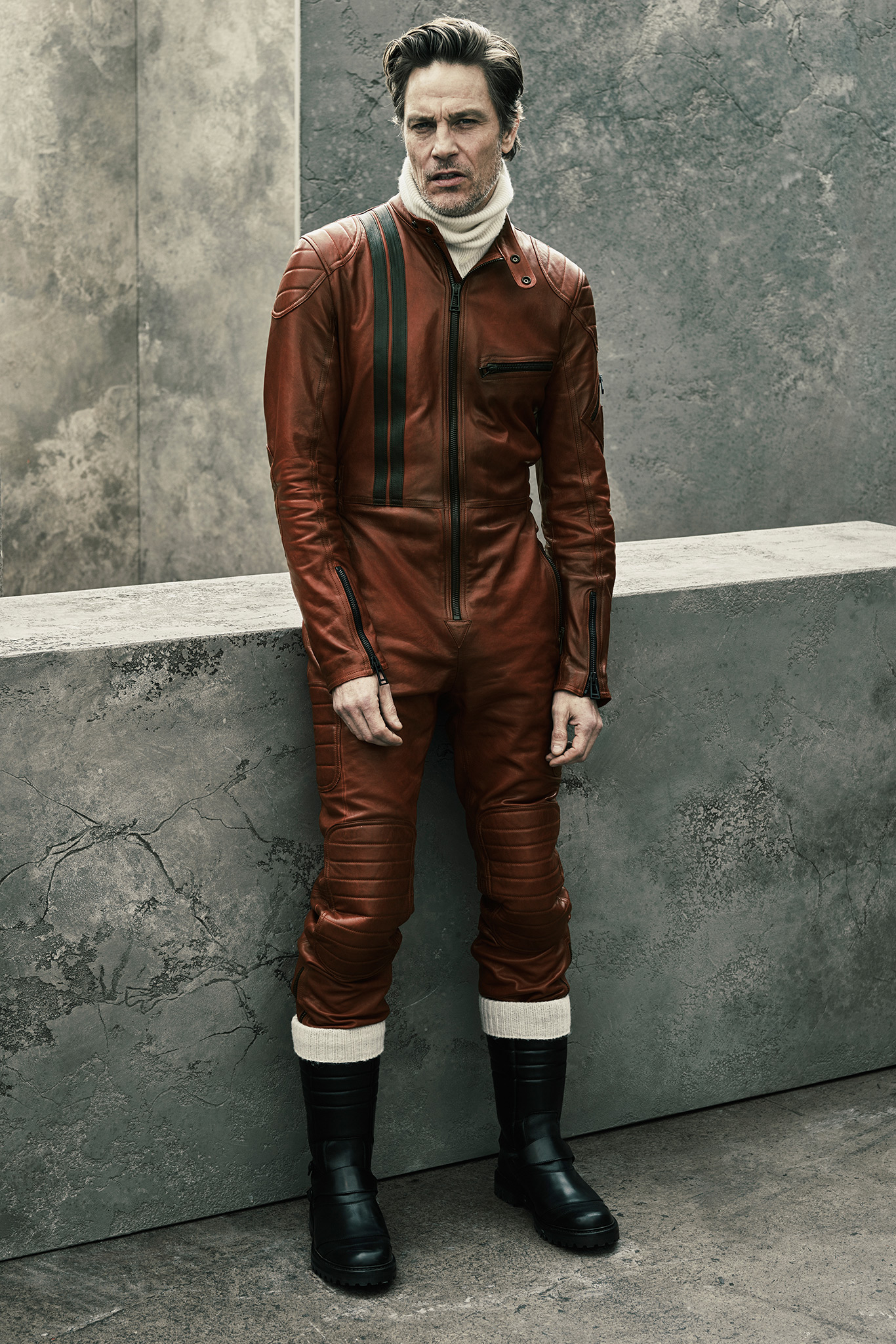 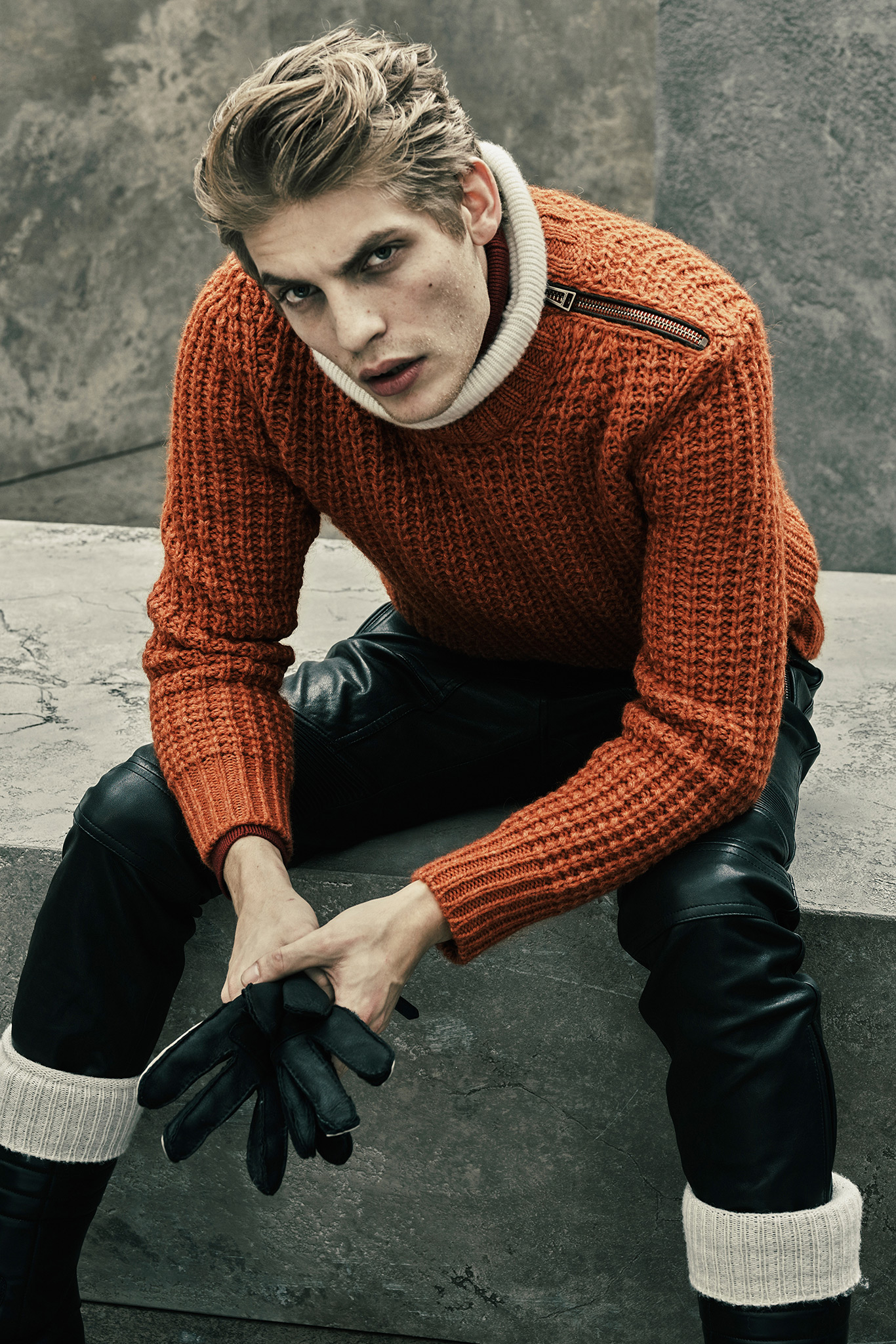 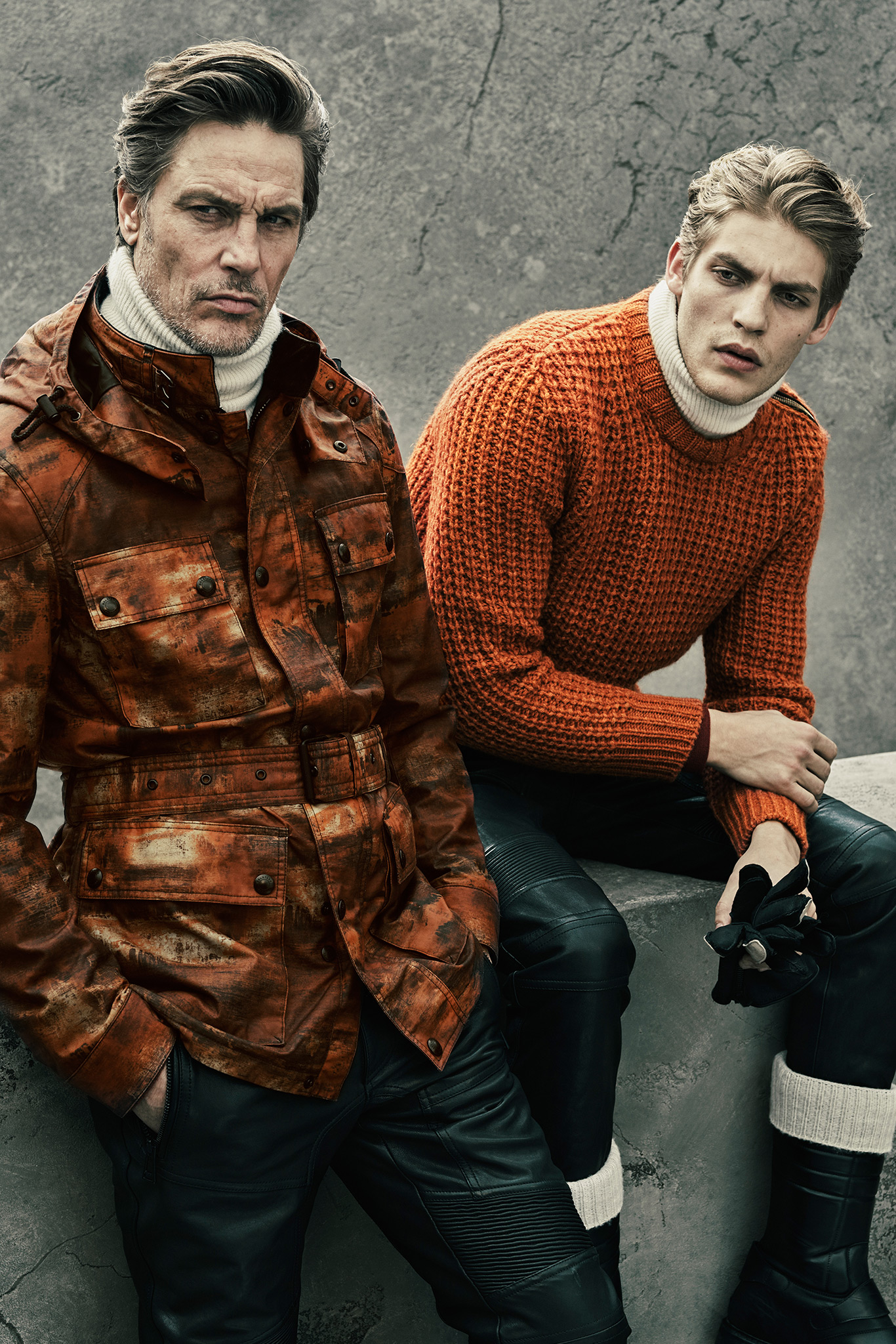 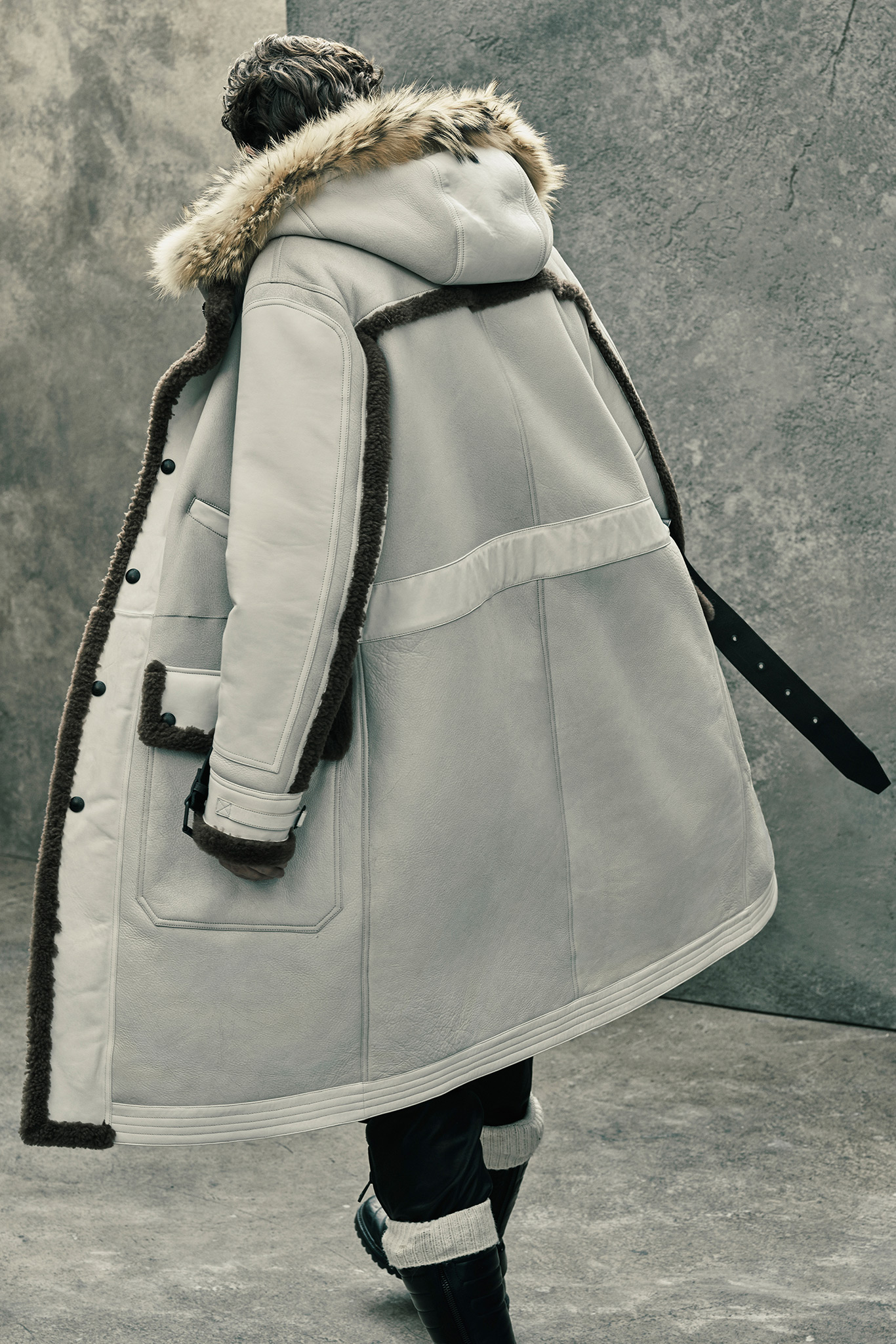 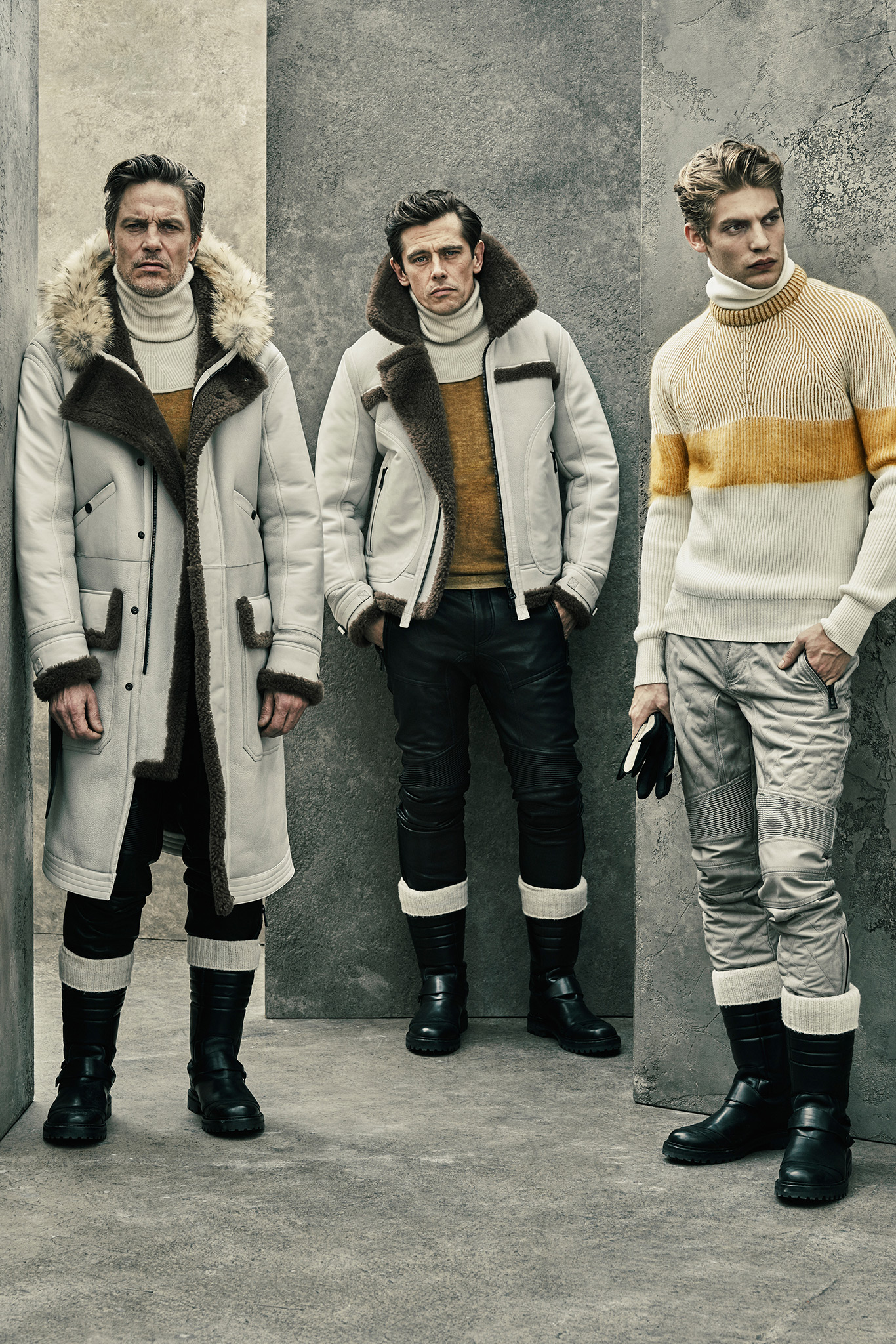 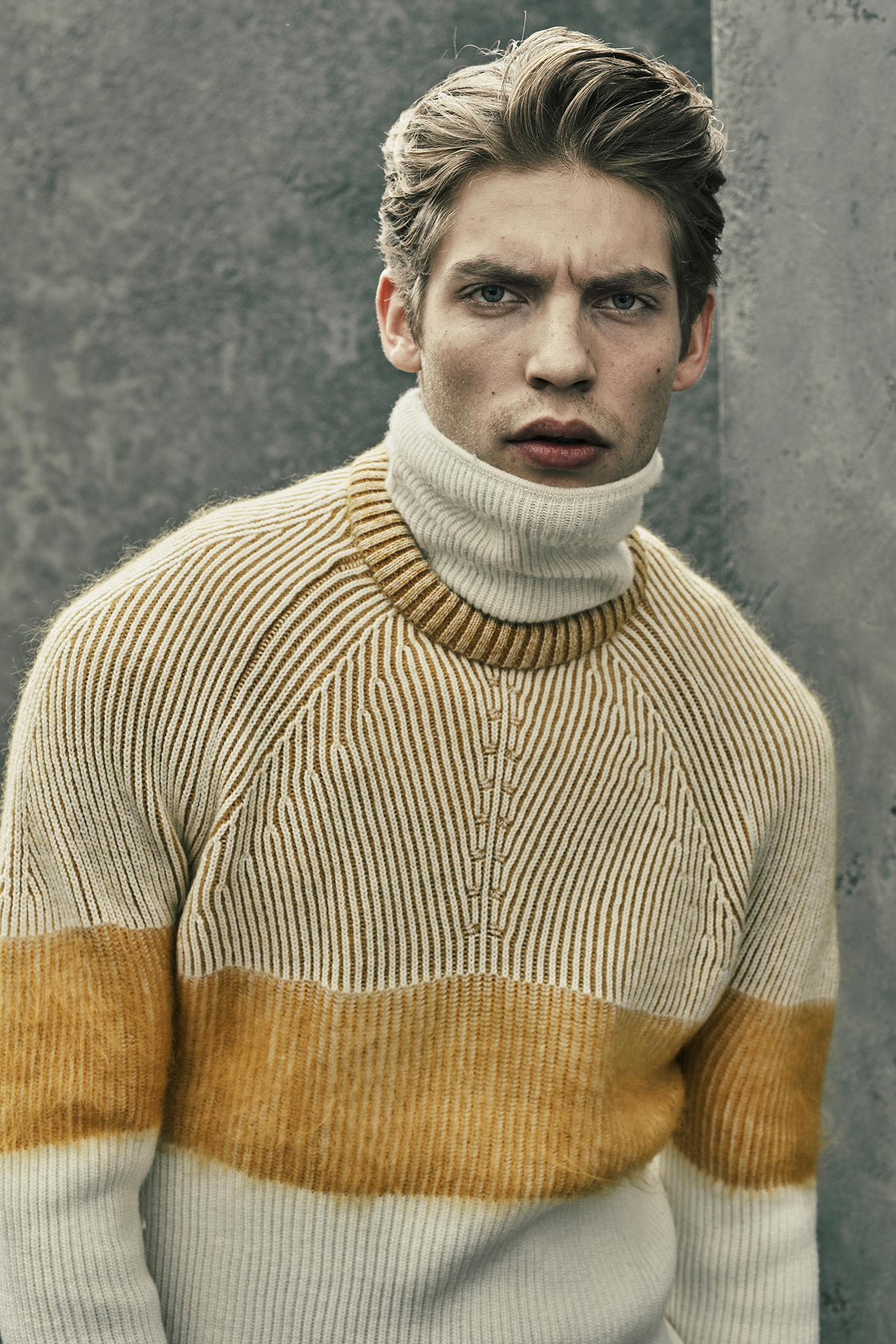 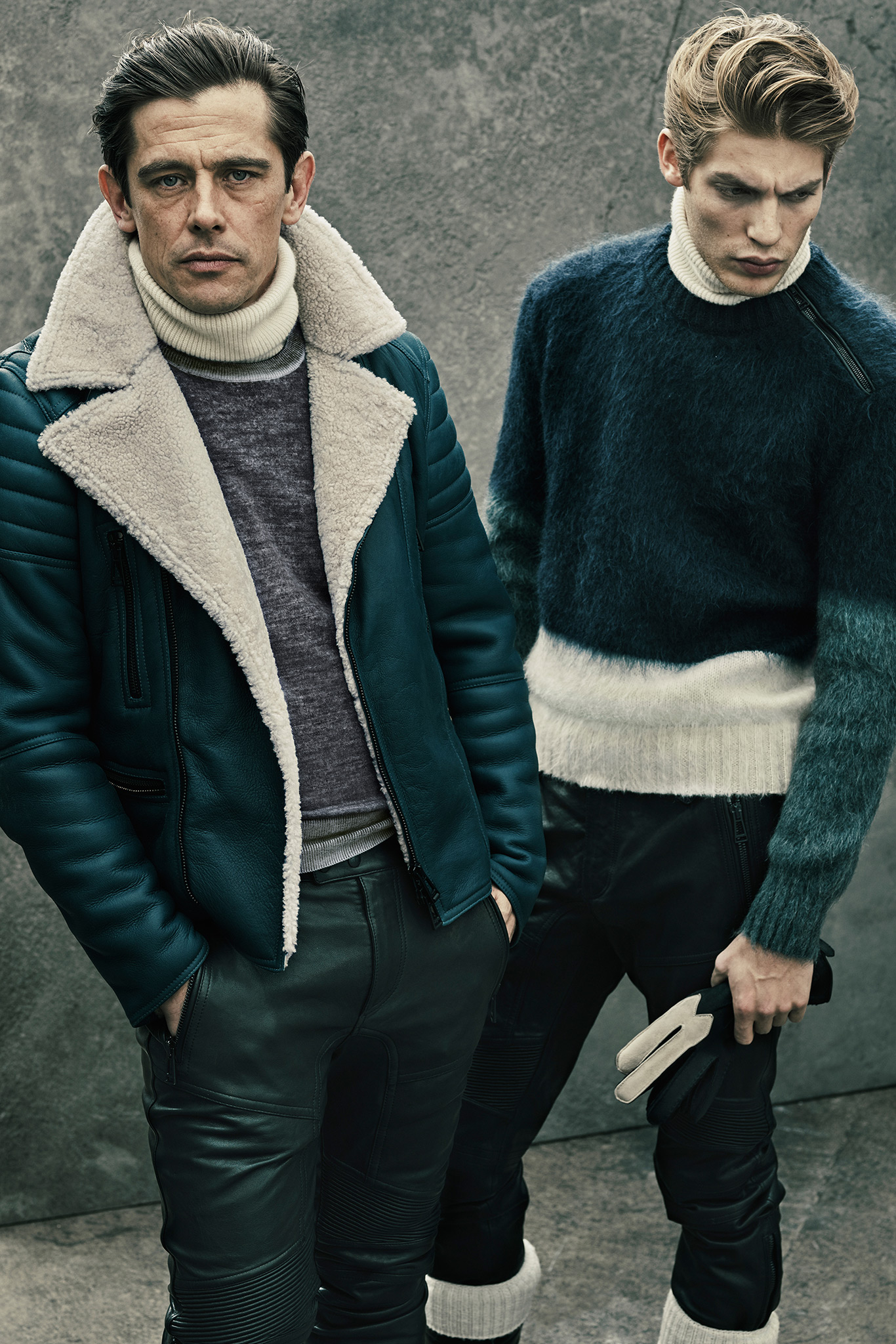 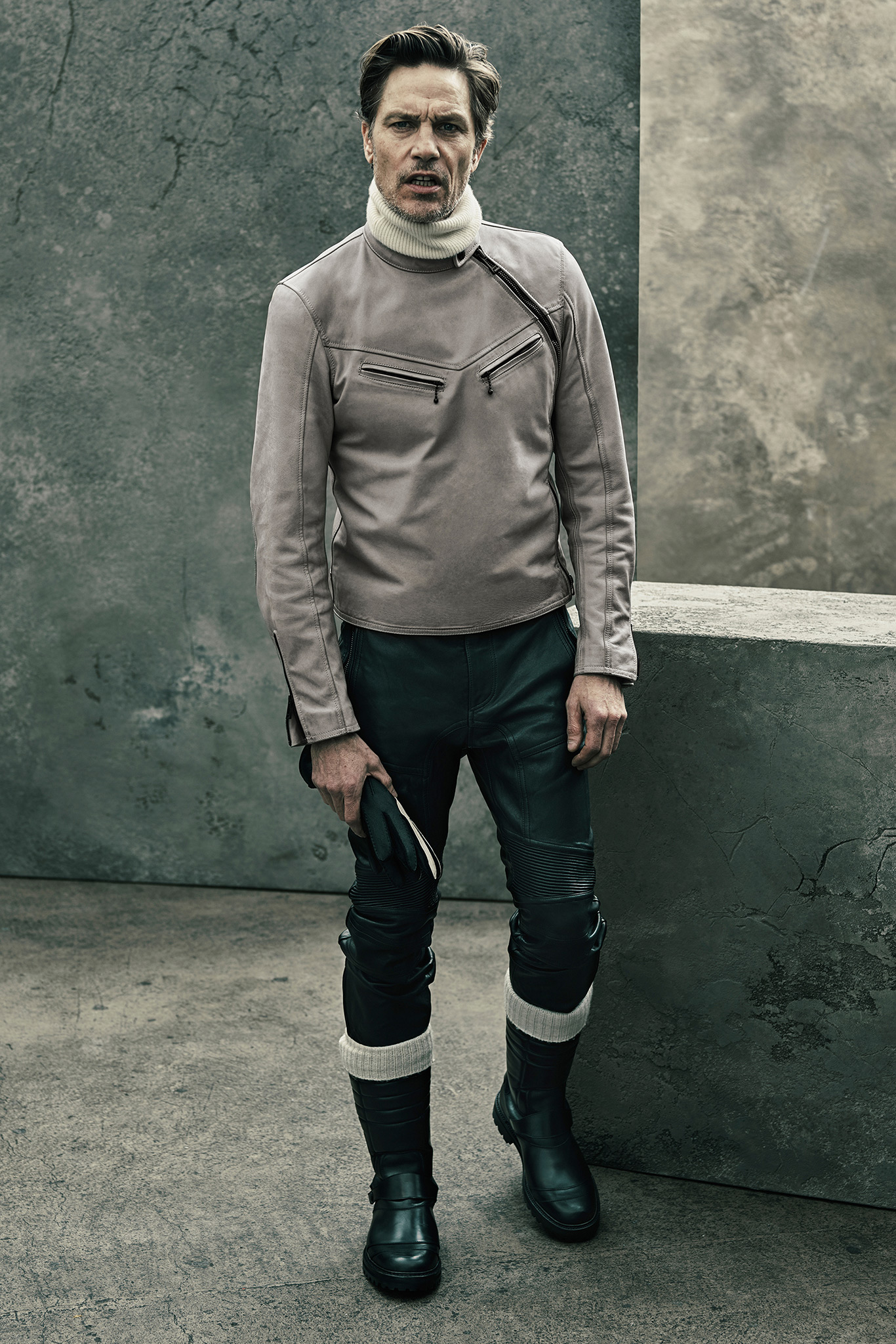 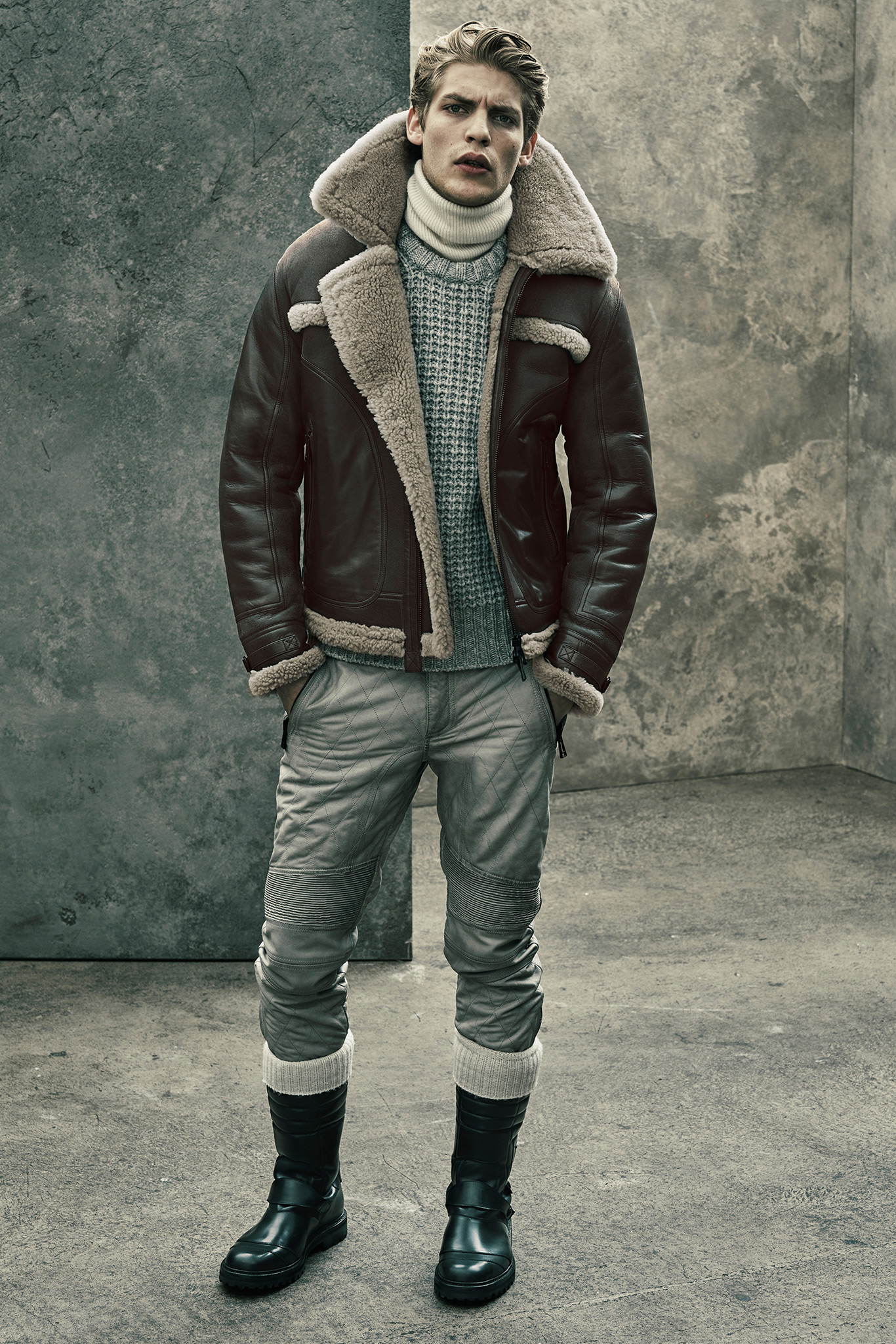 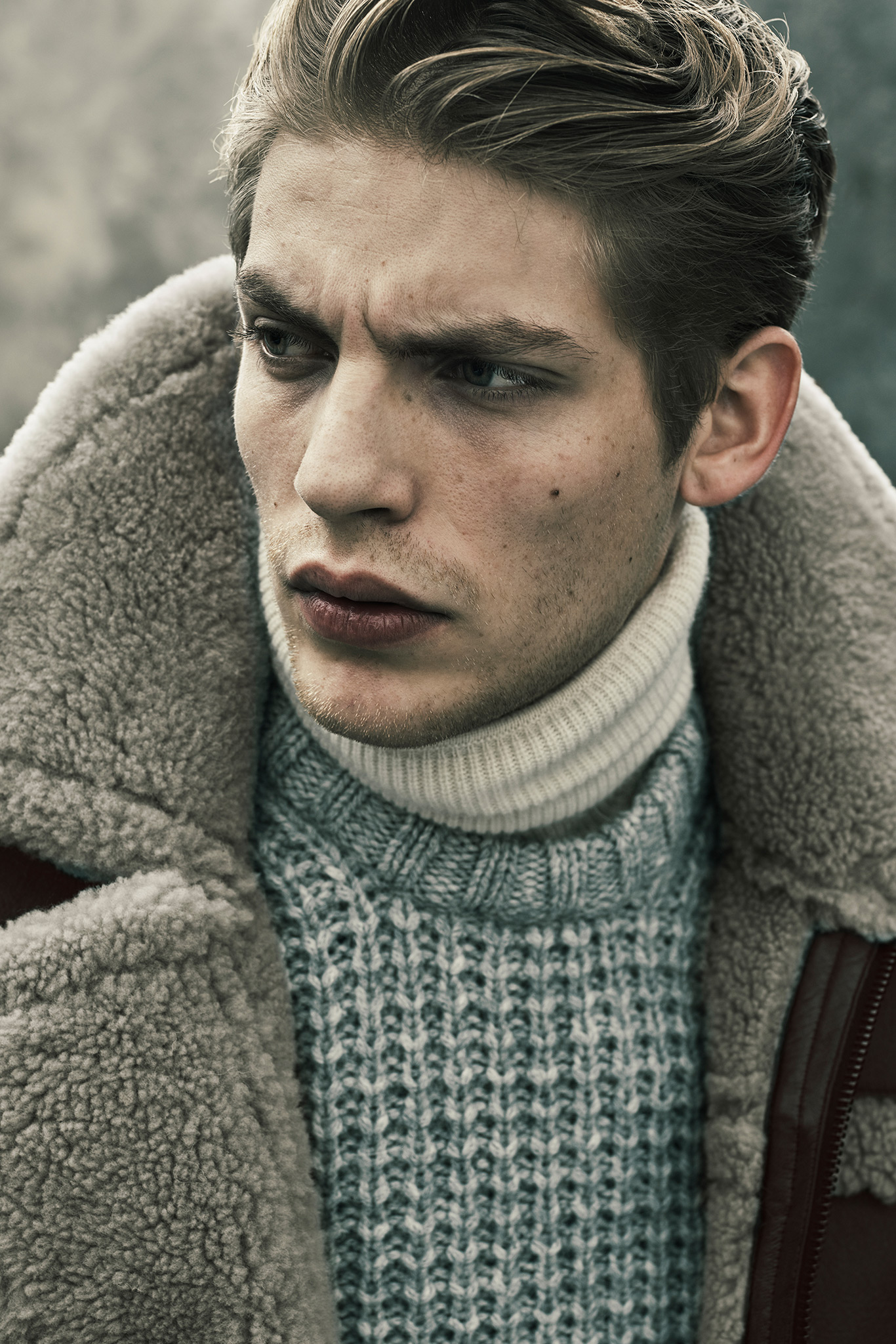 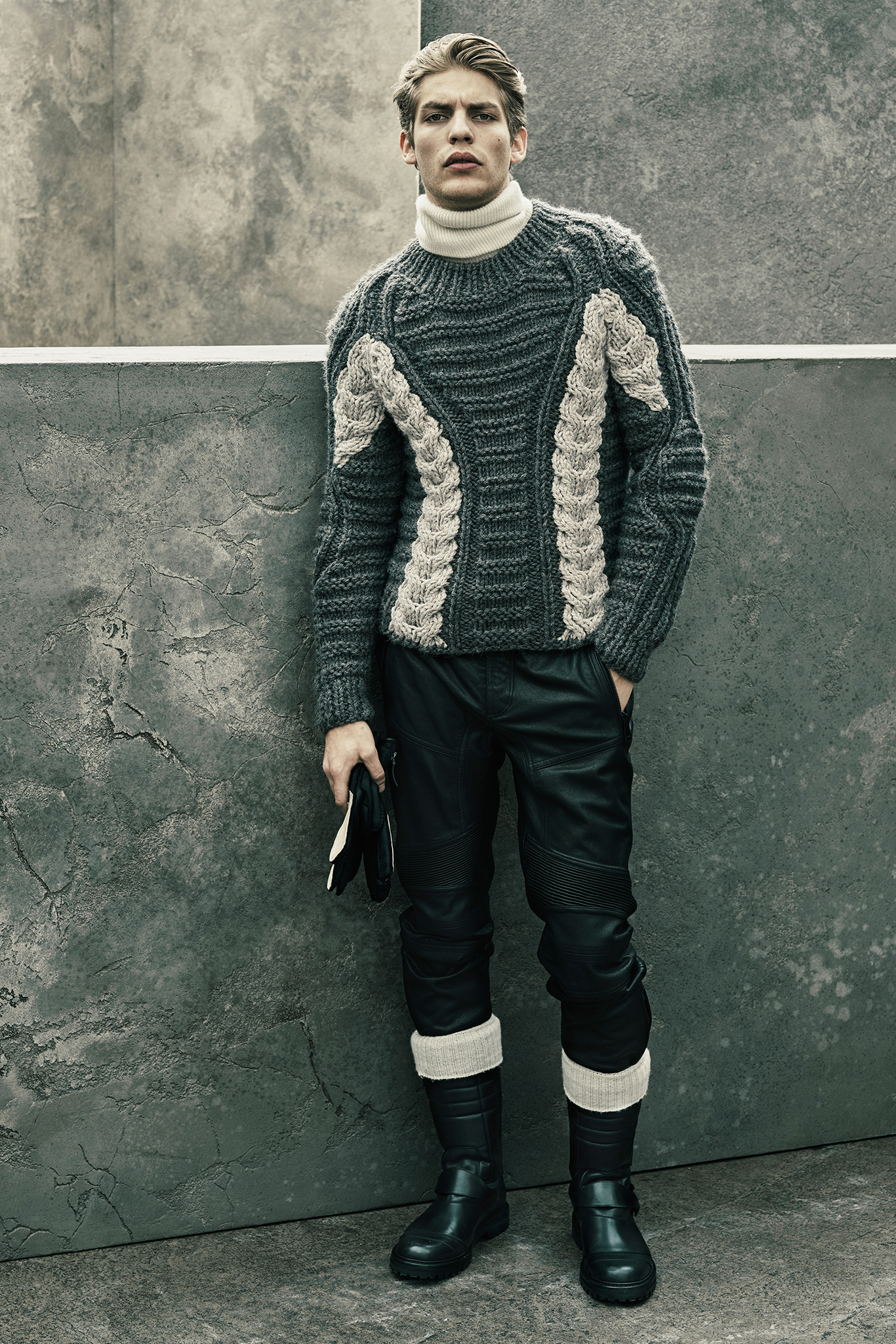 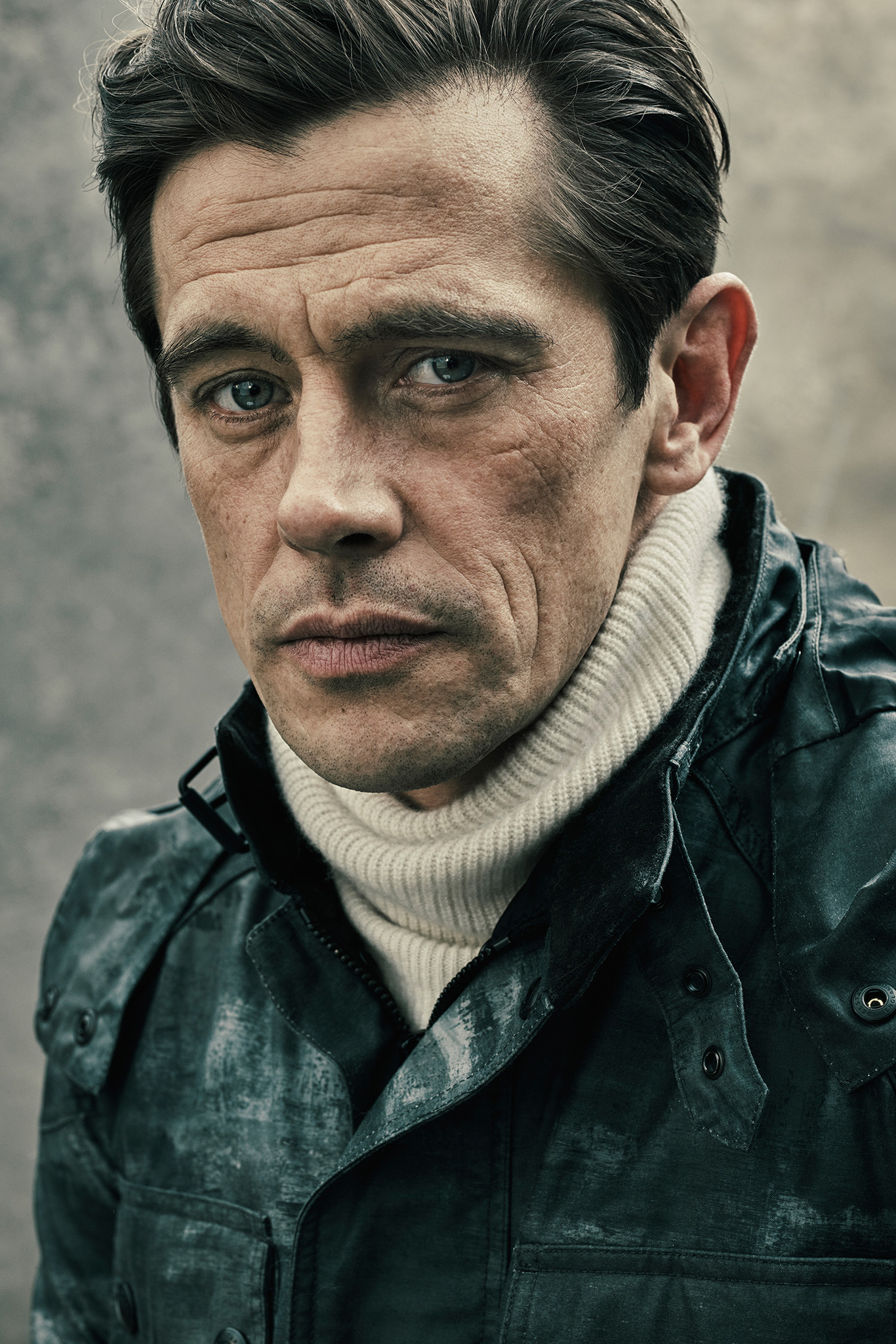 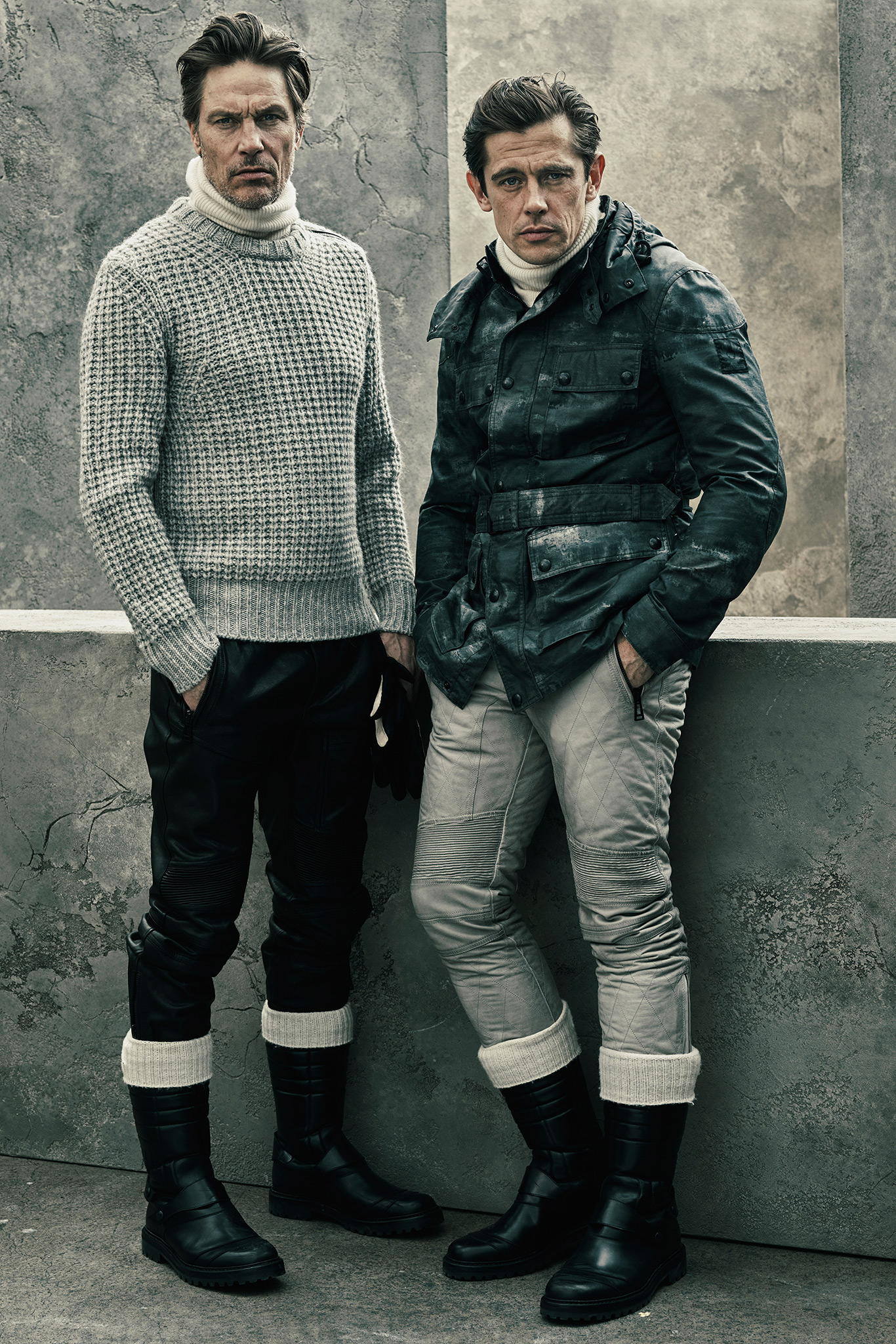 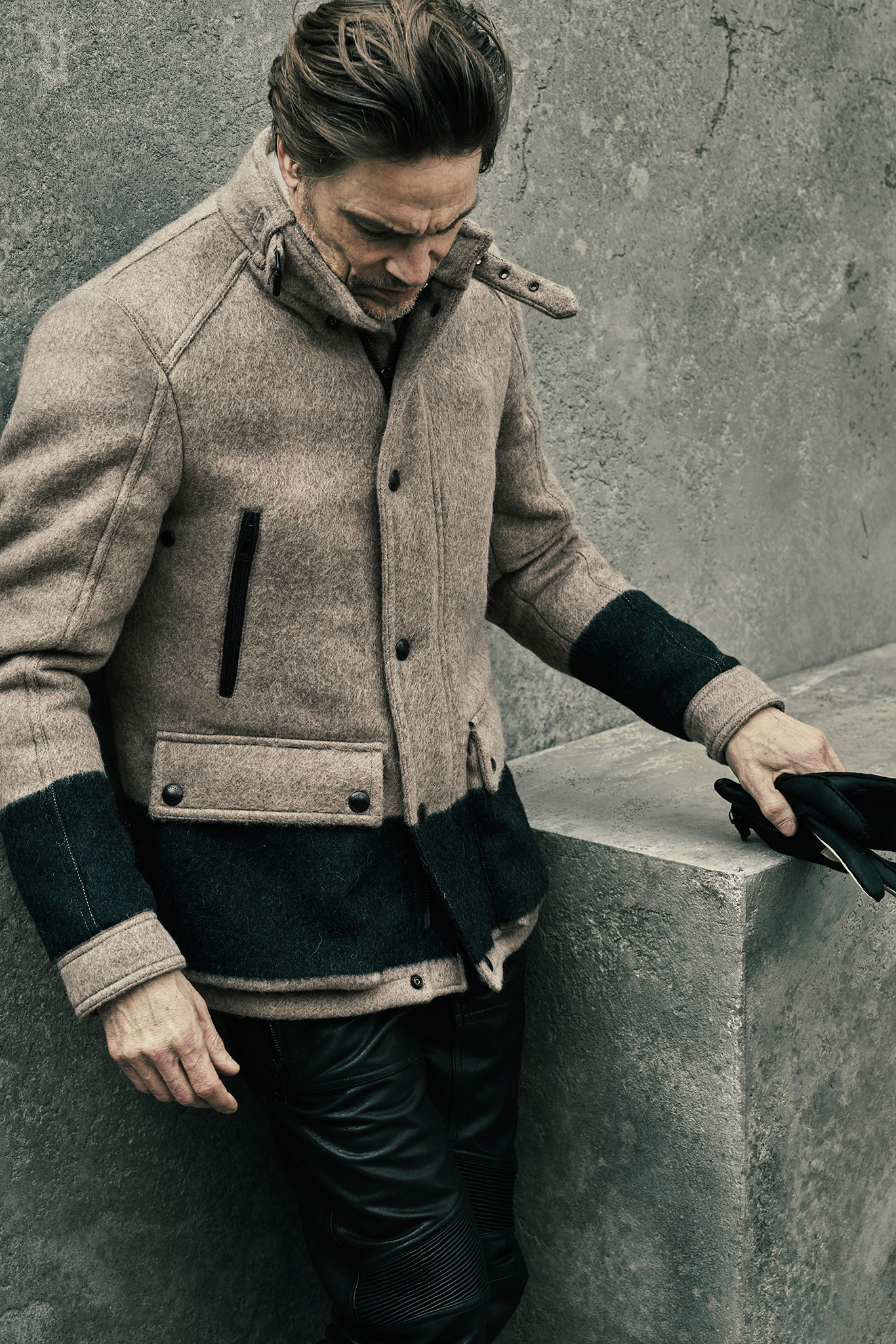 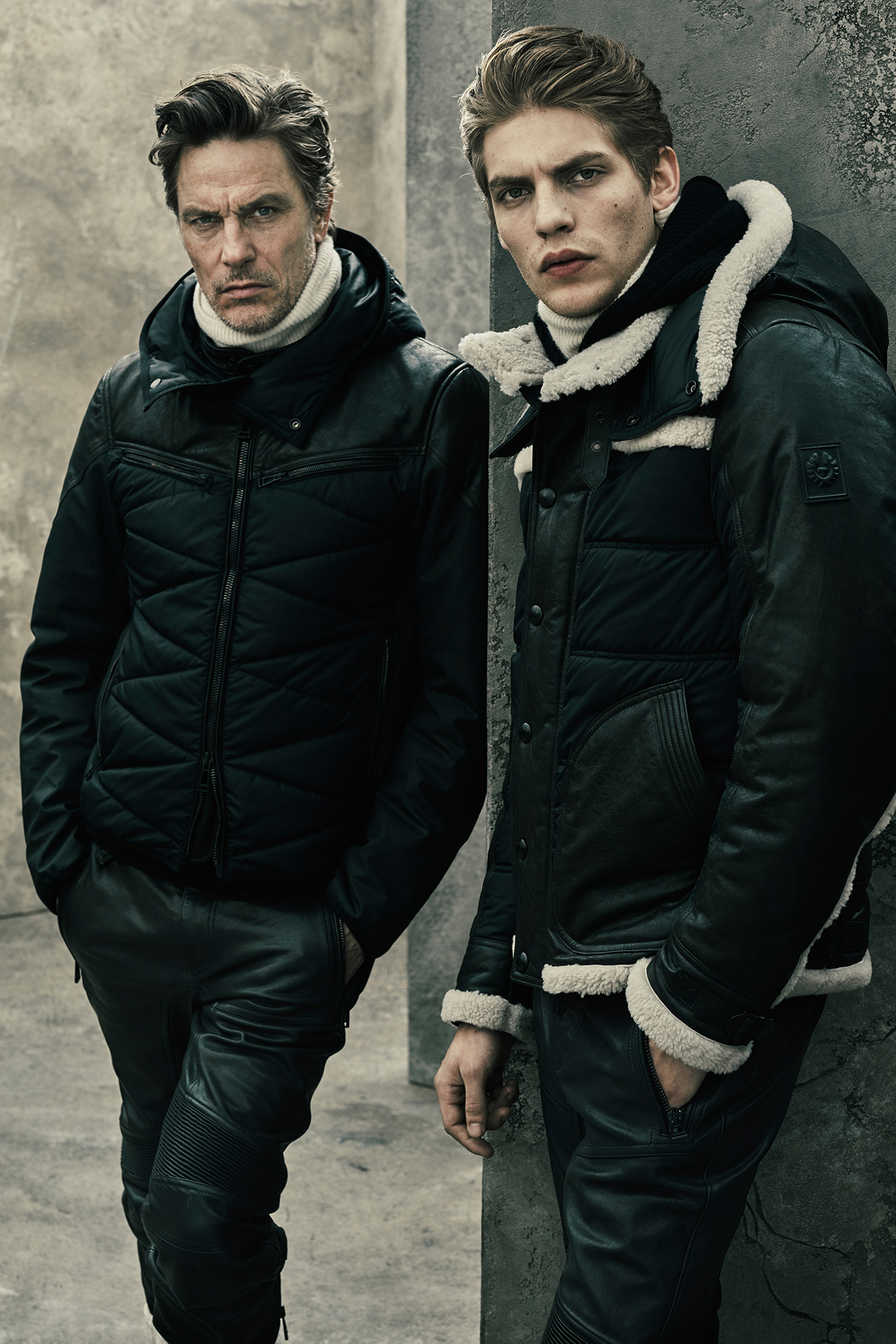 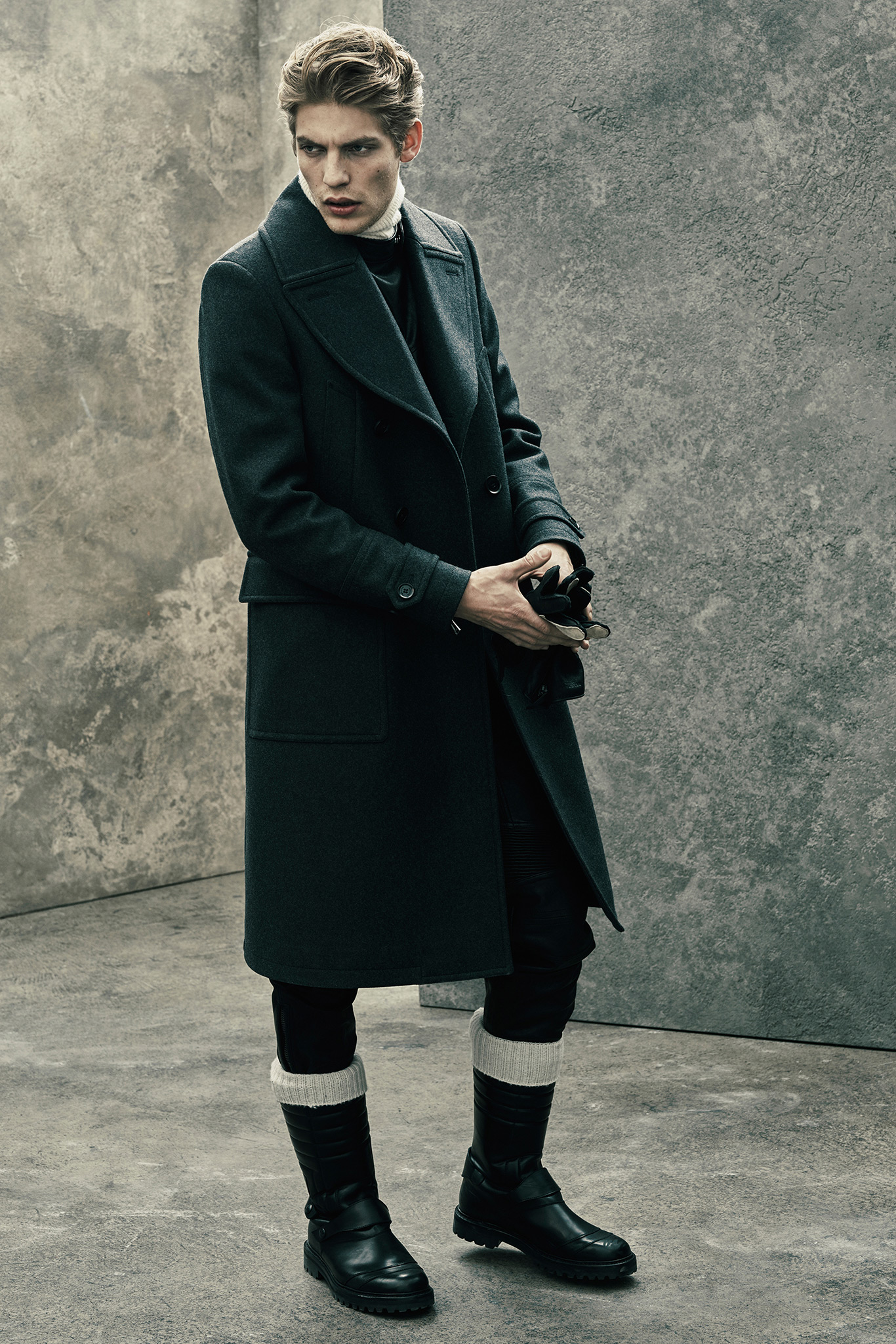 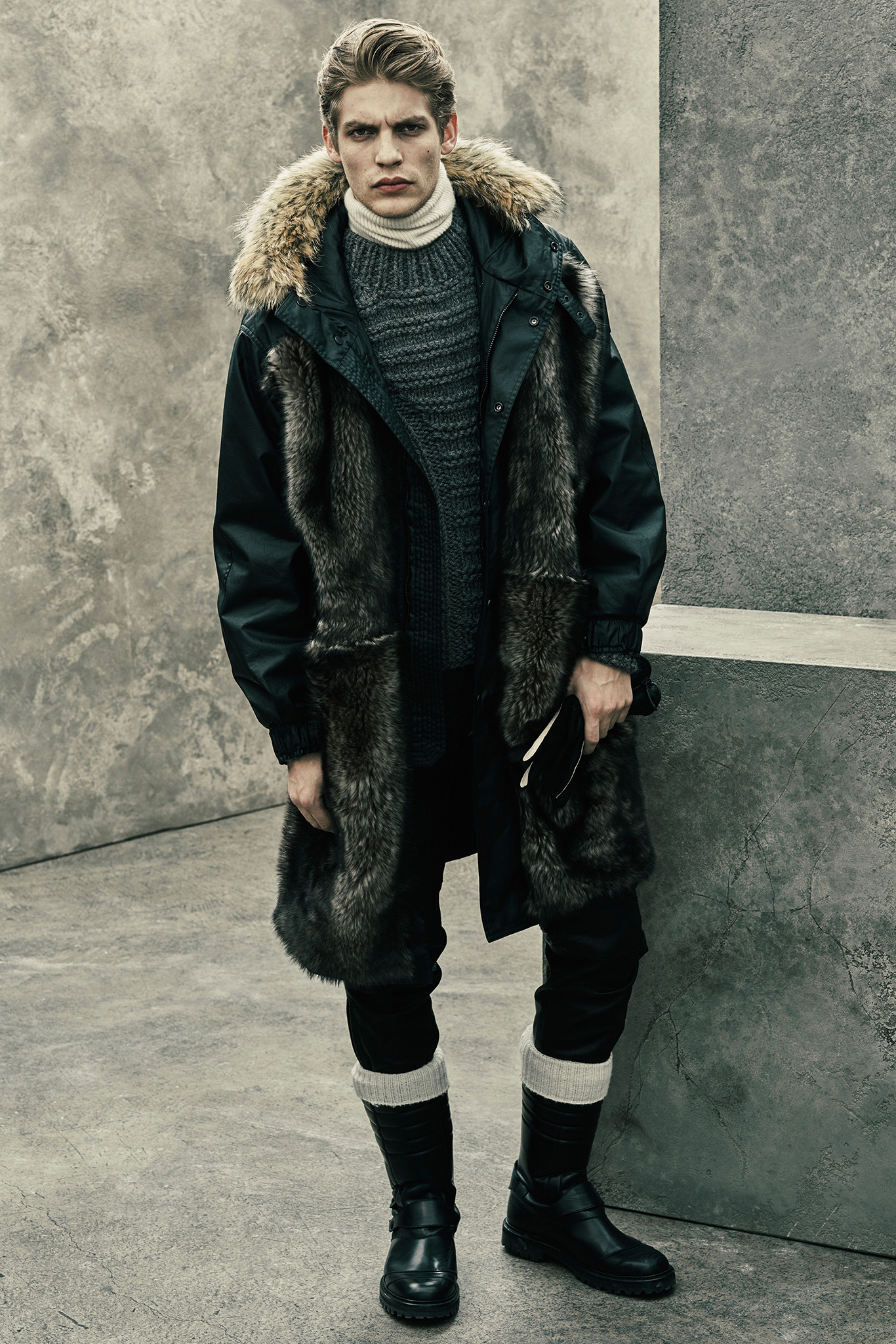