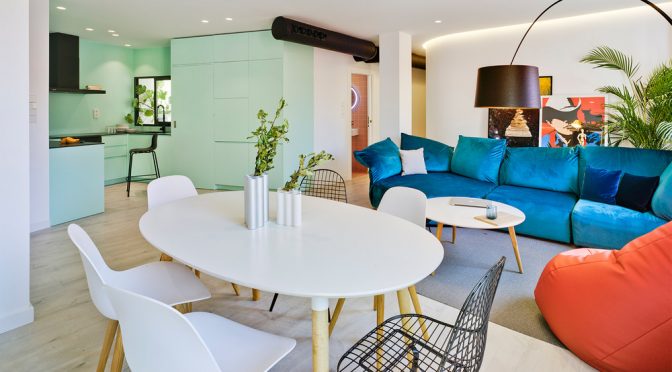 The remodeling of this old house, right in the center of Murcia, managed to turn around the original layout and generate rooms with optical effects of color, lighting and architecture. 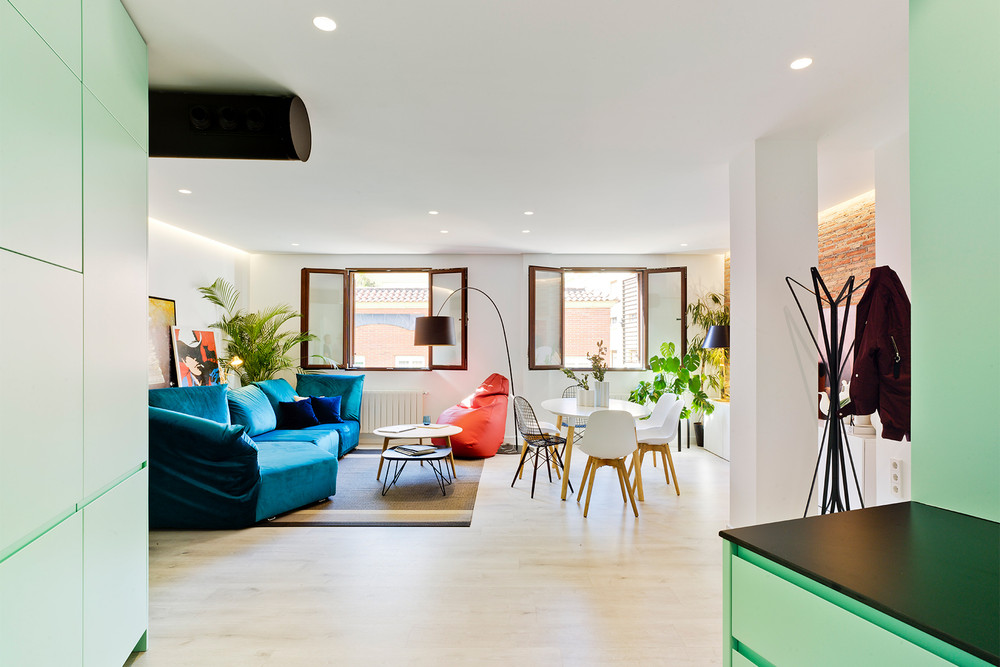 Taking advantage of the original architectural resources, when dealing with an old building, and combining them with a daring commitment that meets the expectations of the owners, is the key to a successful remodeling. This is the case of this 100 m2 apartment, located in a noucentista building in the Cathedral district, in the center of Murcia. The renovation, carried out by the Antonio Rabadan studio, achieves this personal result, in which the bright colors and the bet for an almost theatrical lighting, takes full advantage of the space of the house and gives each room its own personality. 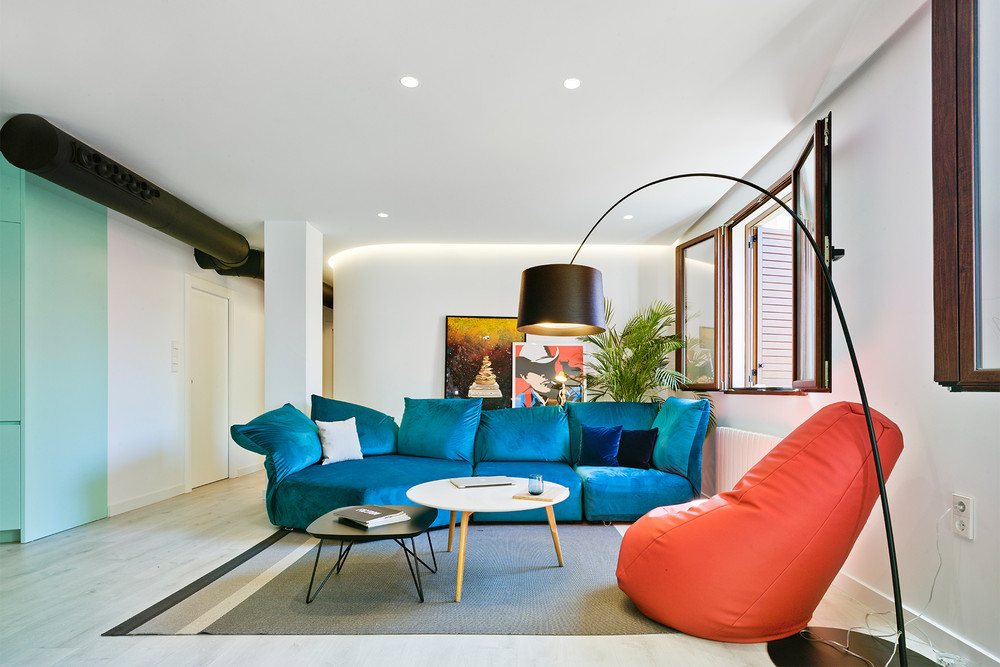 According to the architect Antonio Rabadán, the first thing was to redistribute the rooms. Originally, the day areas were located on the back facade, giving an interior courtyard, and the night areas next to the main facade. “We went around the distribution, we made the dining room-kitchen-living room the main room of the house, taken to the main facade, to receive the sun all day.” We made an easy distribution where the day area was the axis of the house “. Without partitions separating these day rooms, the different areas are separated thanks to decorative elements, furniture and, above all, color. 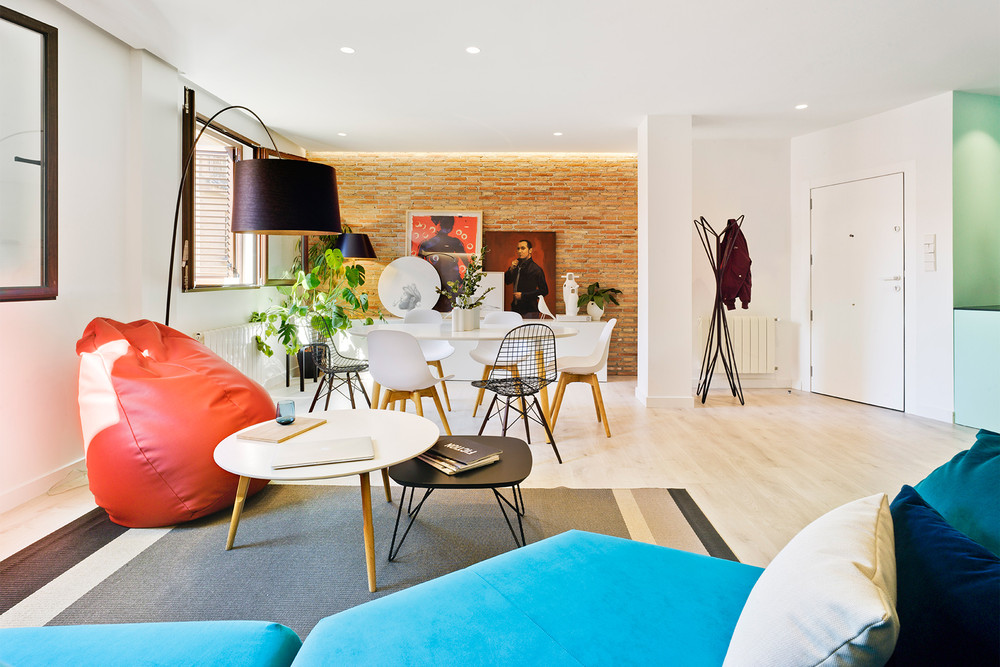 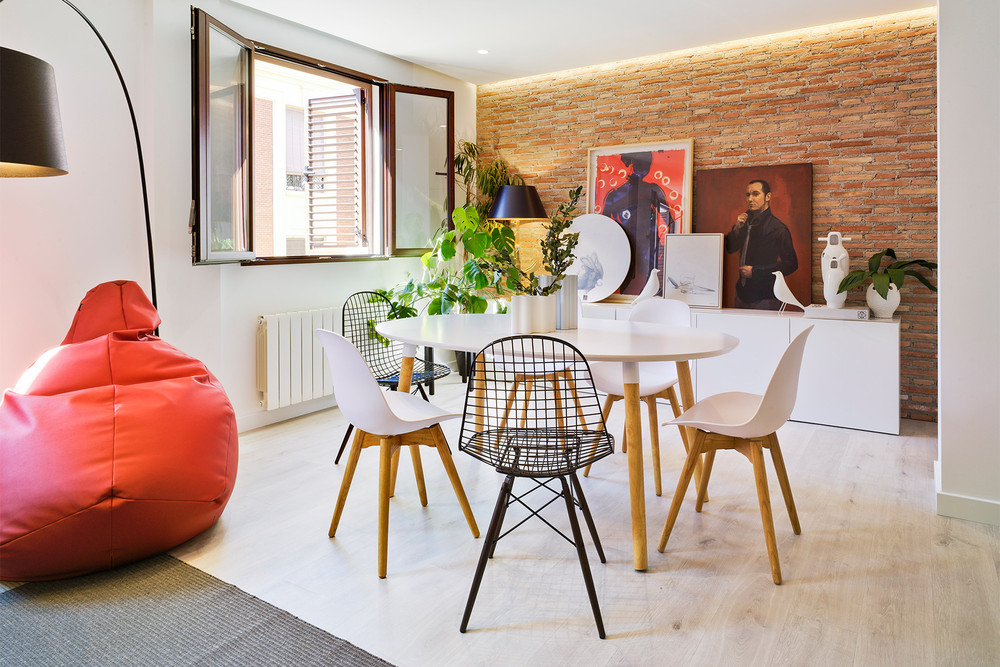 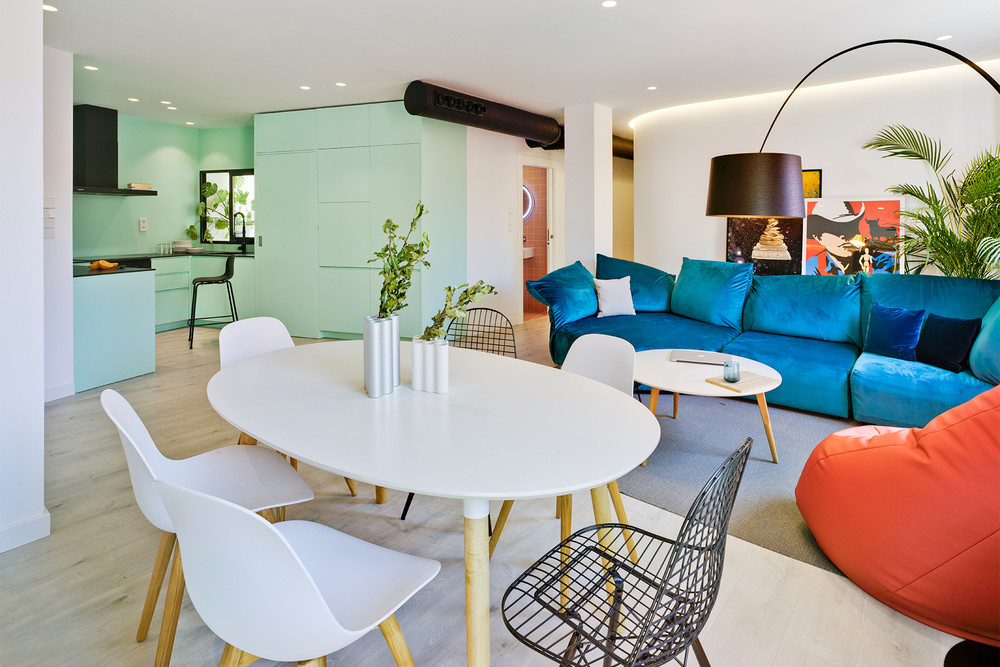 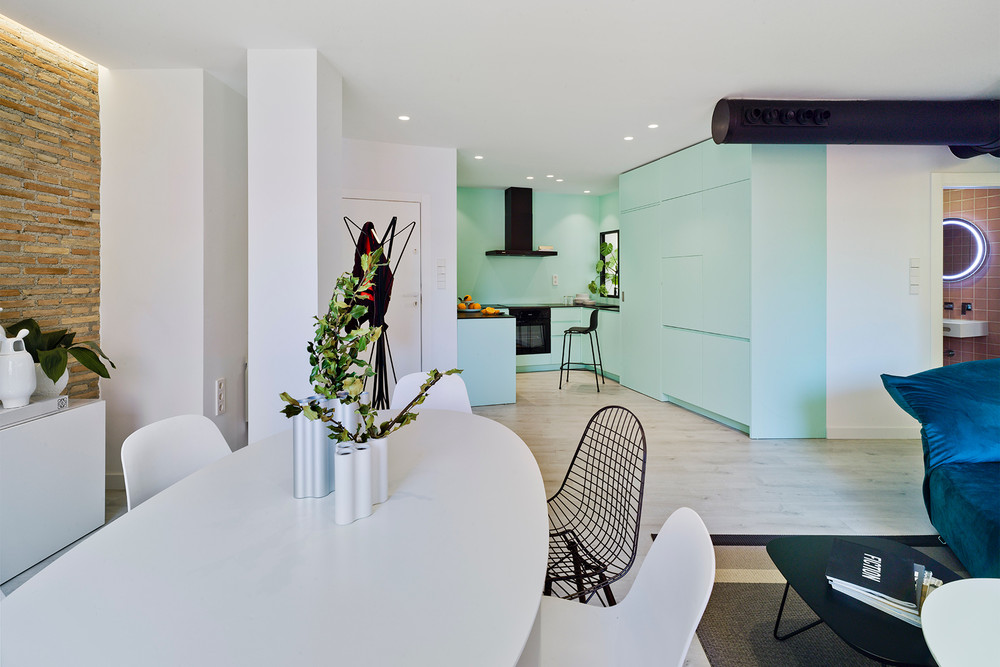 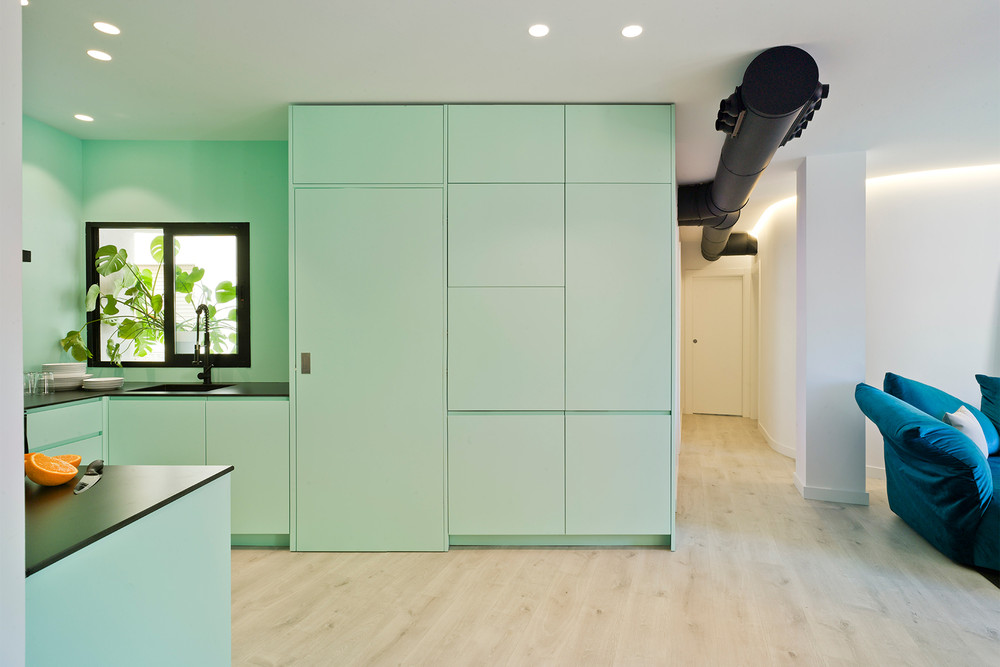 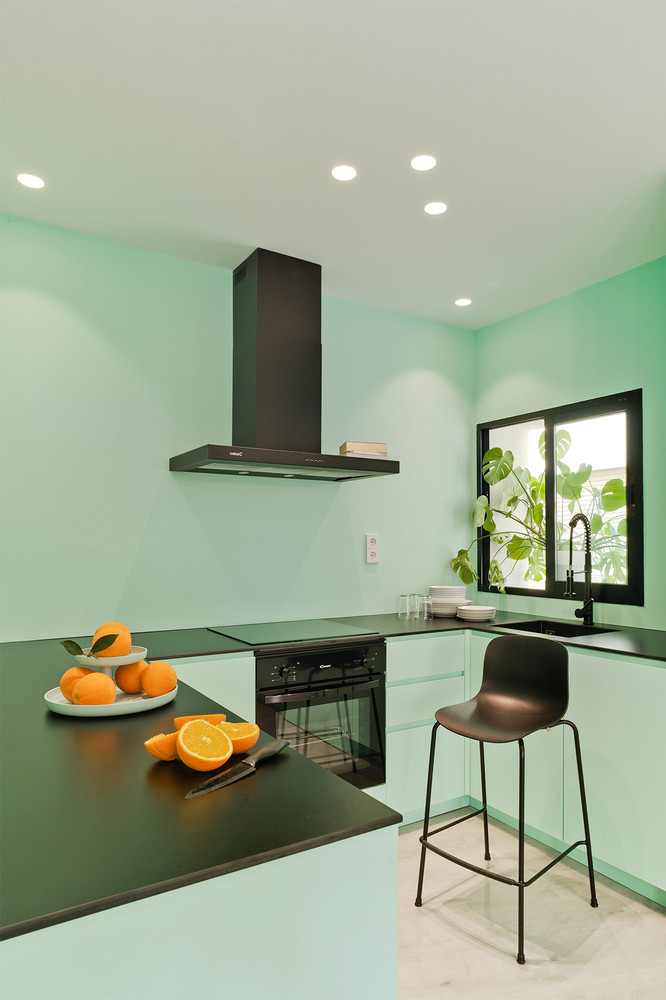 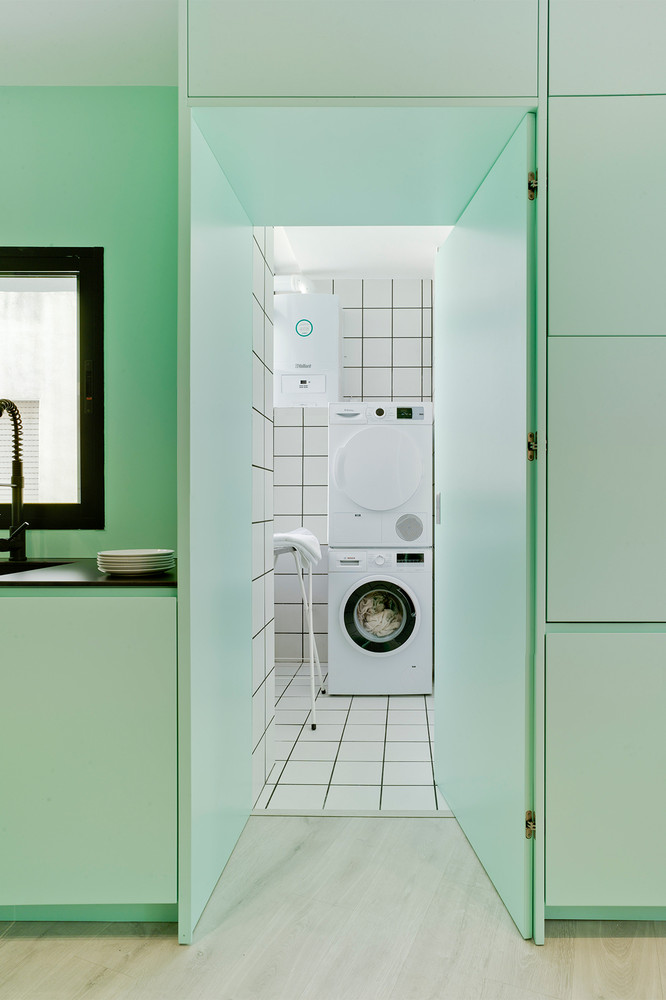 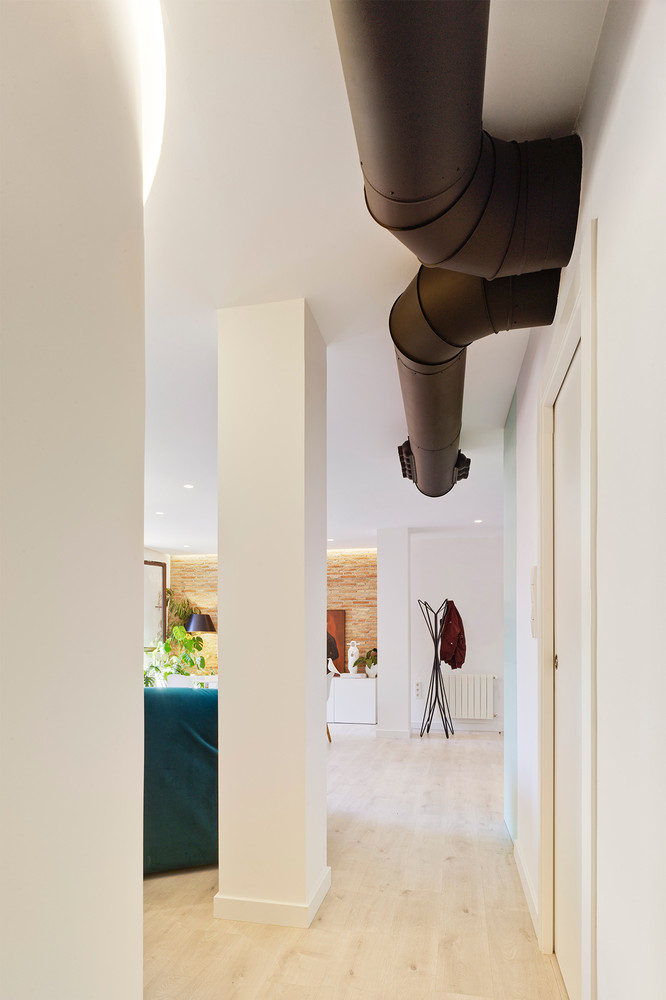 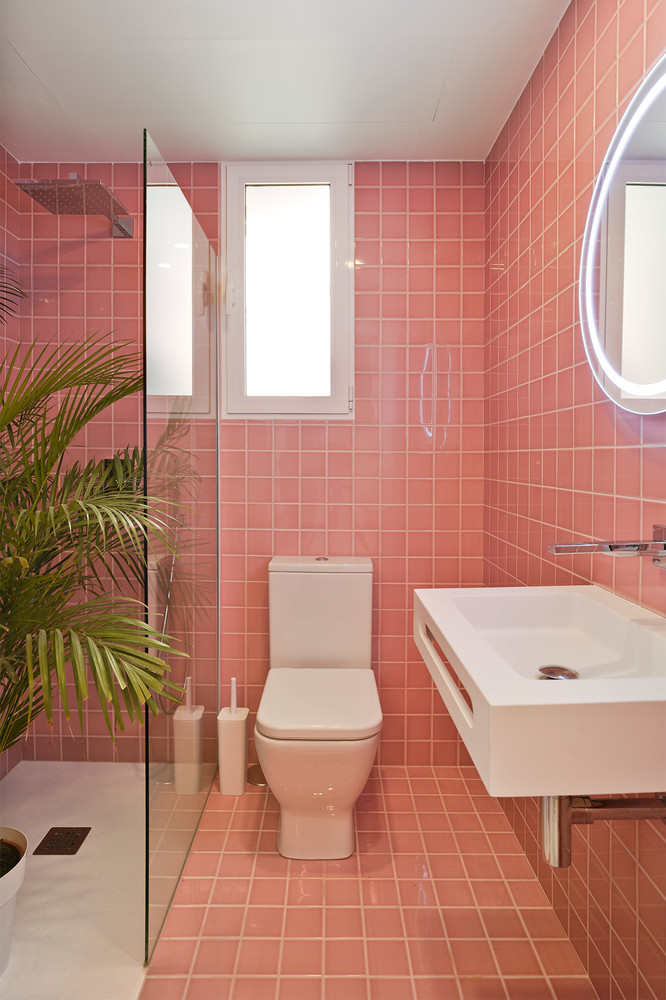 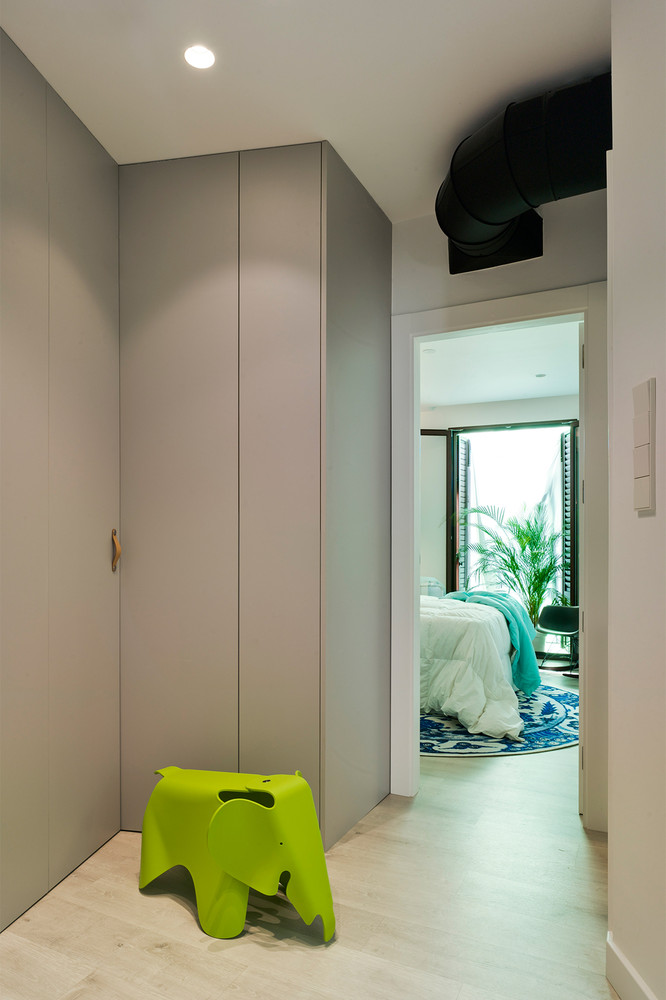 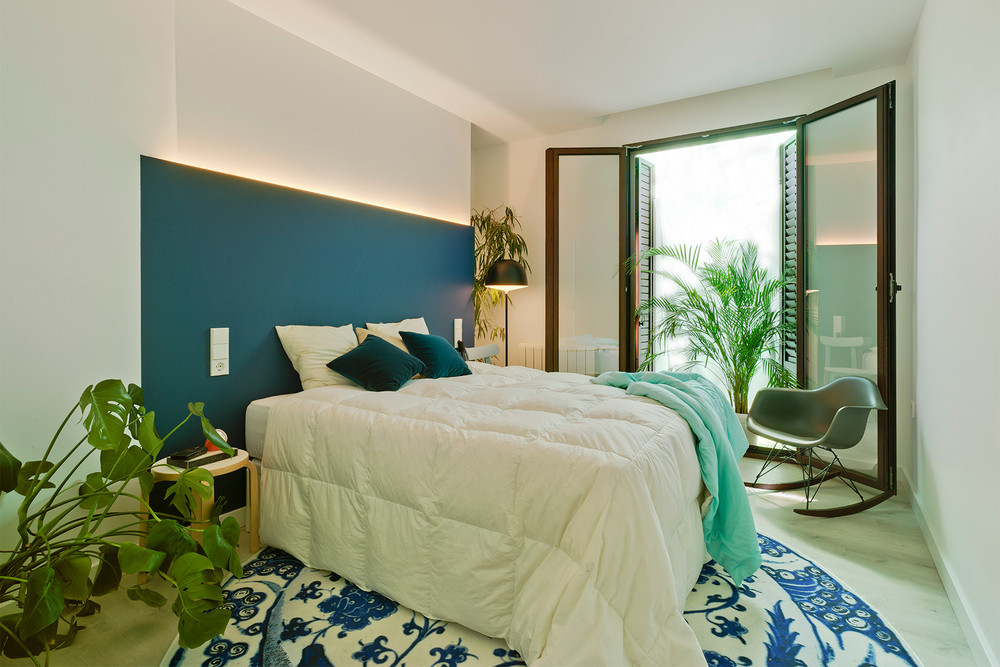 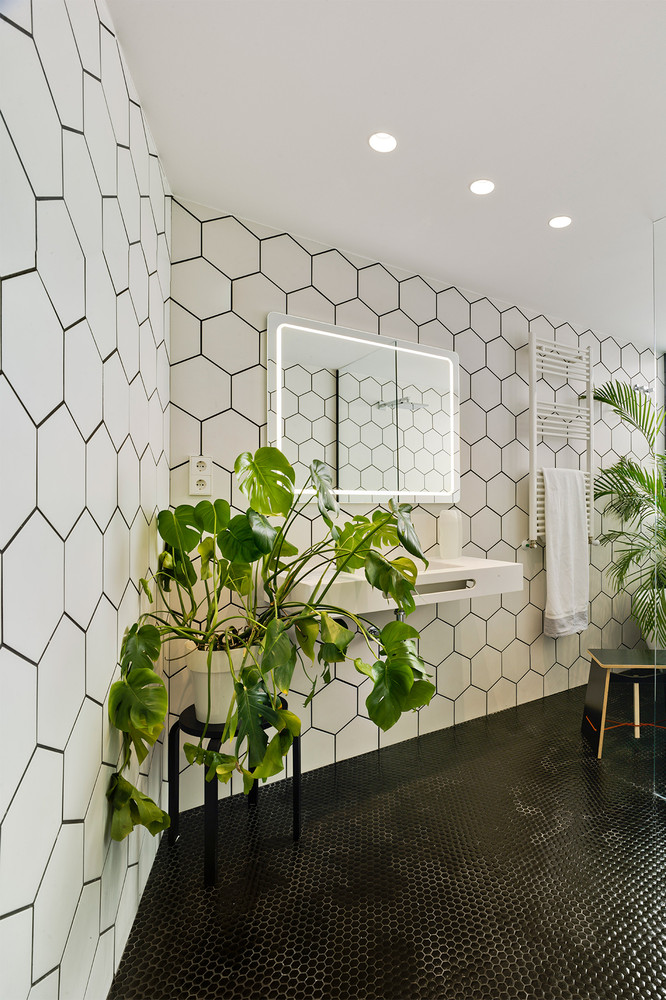 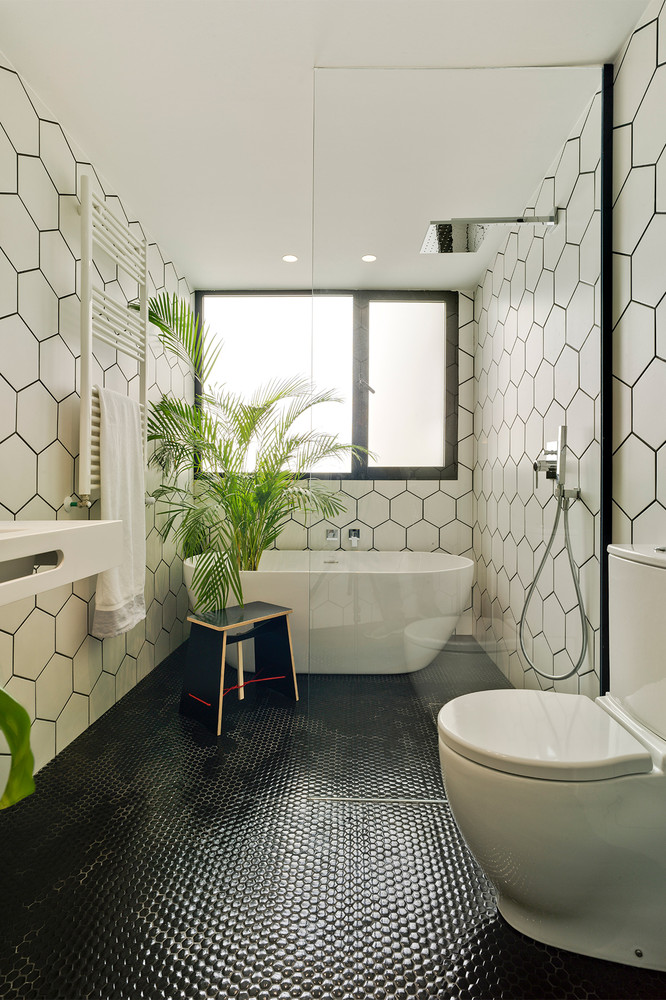 The commitment to color is one of the most personal and personalized characteristics of this project, responding to the requests of the couple who owns it. “They only made us a premise”, Antonio explains, “they wanted their house to have a look that mixes the traditional with a touch of bold color, something that was personal but that incorporated its ‘personal gallery'”. The result, after all the teamwork between the two architects, the interior designer and the product designer of the studio, is a house where the optical effects of color, complements and architecture, achieve a personal and magical balance.

The lighting design of the house is also one of the great bets of the entire remodeling. Natural light complements perfectly with an artificial light that seems to arise from the architectural elements themselves, thanks to the use of spotlights. The game between lighter and more depressed areas achieves a theatrical effect with lights grouped in linear forms or constellations.

The high ceilings of this building from 1968, which still retains its original façade, maintain the origin of the building, although they were a challenge for the design, according to Antonio Rabadán. In addition, “our self-imposition to maintain the continuous ceilings, led us to plantetr the solution of the air conditioning through a galvanized steel tube, which gives it that less traditional aspect and that, by painting in black on a white background, allows us to emphasize an element that, generally, goes unnoticed “.