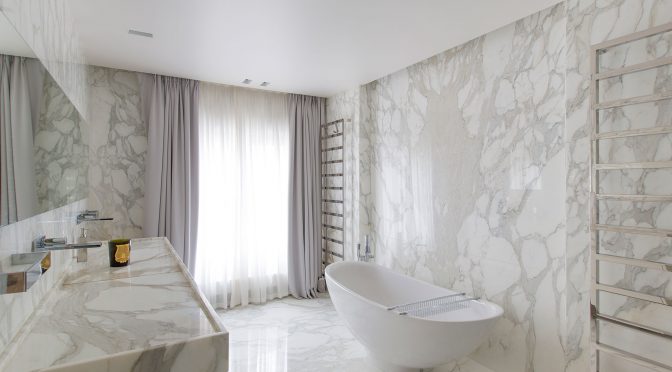 In Boulogne, near Paris, this house -remodelada by Emma Donnersberg Interiors- belonged to an icon of French music, Edith Piaf. His new life breathes modernity and tradition in equal parts. 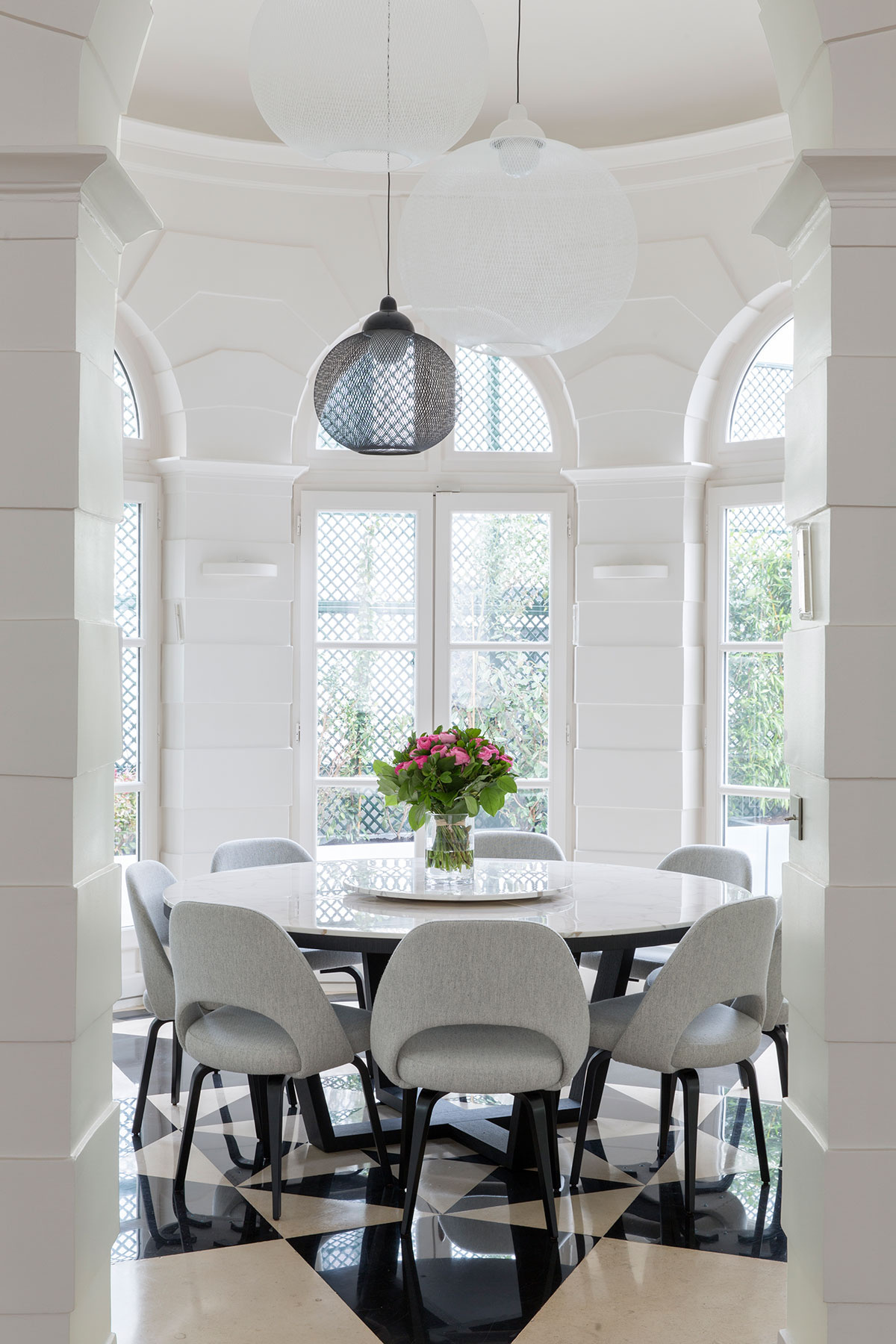 It is a house with a lot of history. First, its architecture is neoclassical and its facade classified as a historical monument of France. Second, it has been the home of one of the most famous singers in the country. These fascinating features immediately convinced Emma Donnersberg to work on this project. The architect Michel Amar trusted in it for all the interior design. To design spaces adapted to the needs and lifestyle of the owners, Emma Donnersberg worked hand in hand with the owners, a French couple with a baby and children from another marriage. 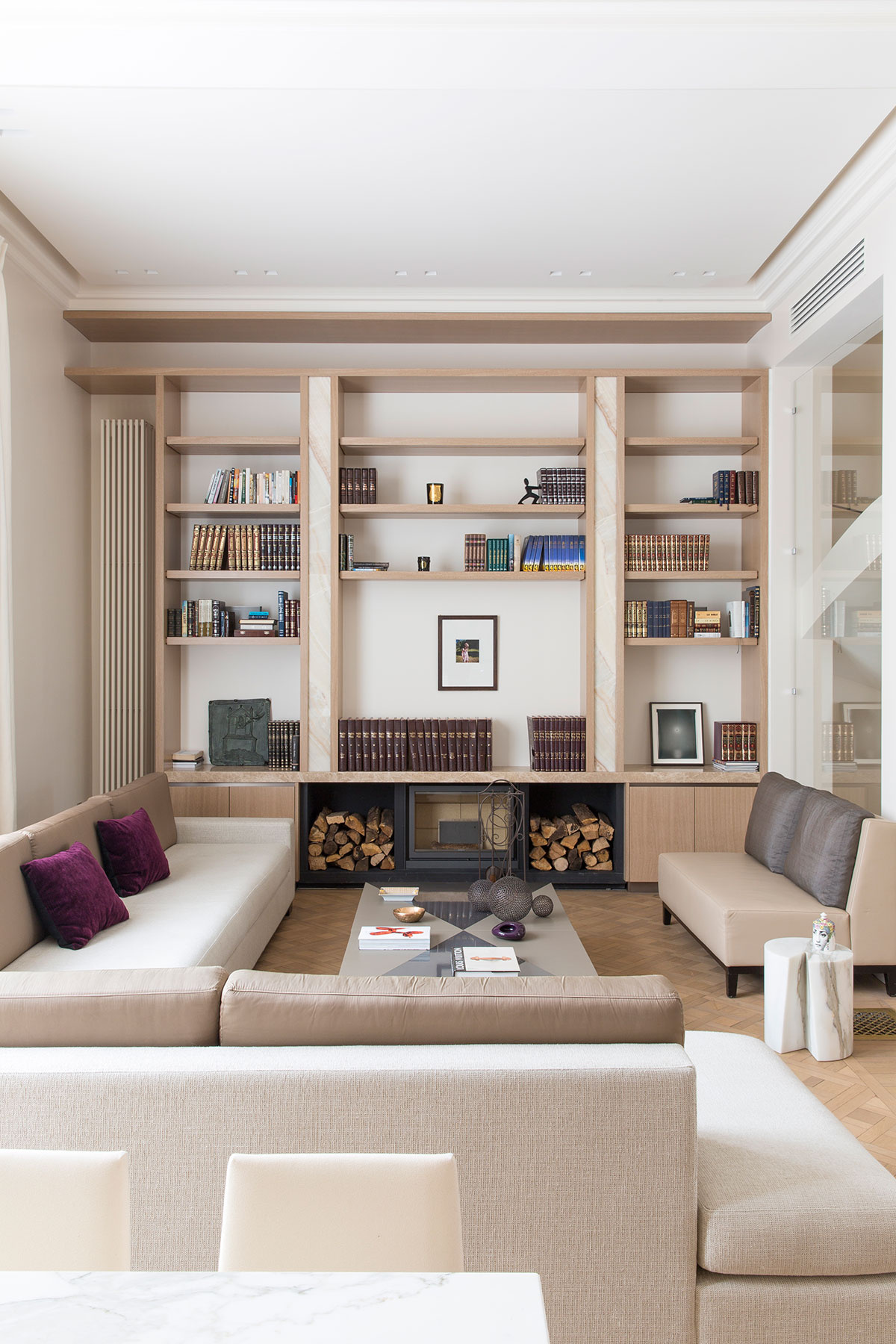 Located in a residential neighborhood of Boulogne (a city on the outskirts of Paris) where there are many historical houses and Art Deco style, the house of 400 square meters is divided into three levels. The ground floor, which used to be a parking lot, was transformed into an entrance, a gym, an office and a guest room. The first floor includes the living room, the kitchen, the open bar towards the living room and the dining room that looks out onto the garden. The second level houses the master bedroom with its bathroom and dressing room, as well as the baby’s room. On the last floor, there are two additional rooms, each with a bathroom. 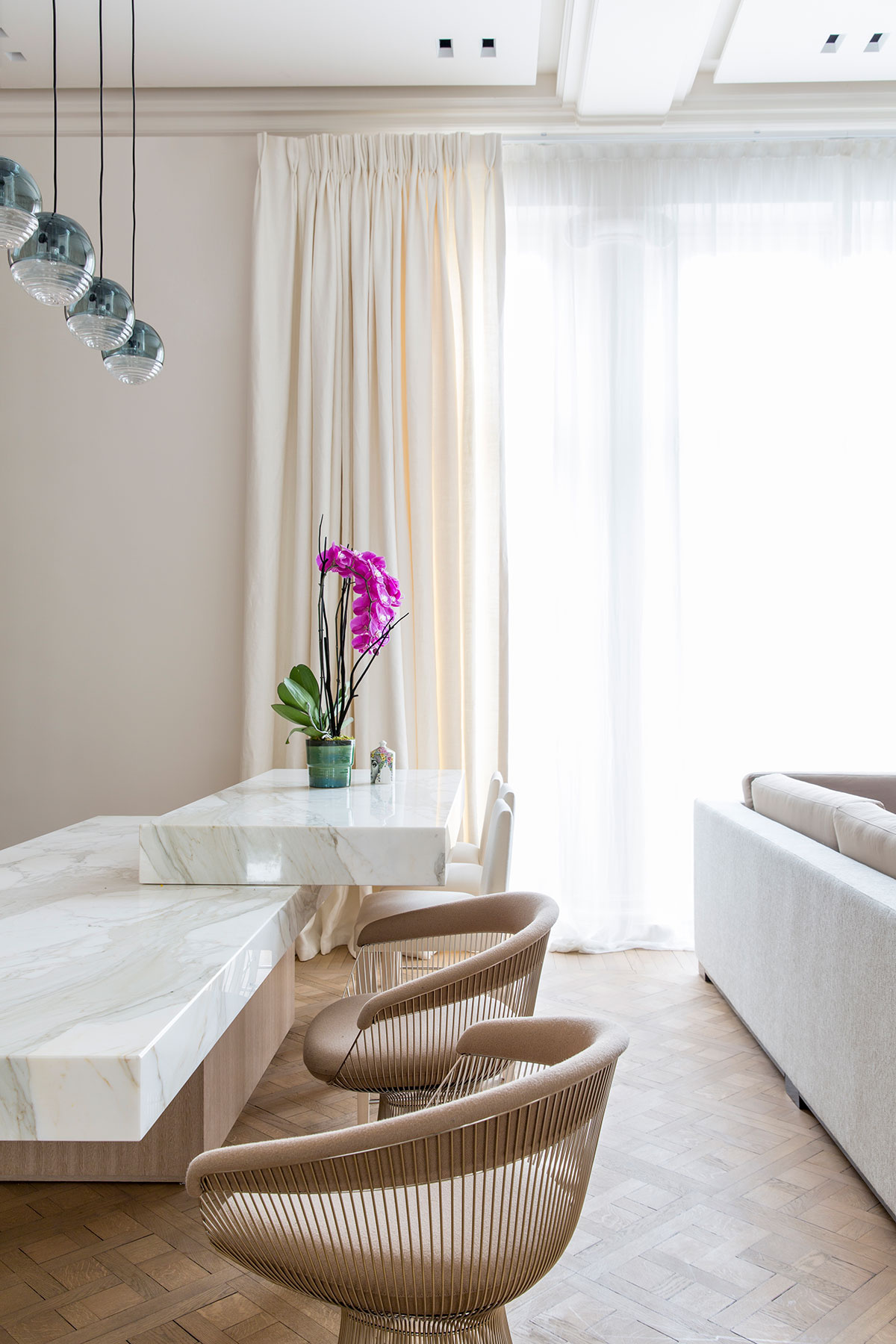 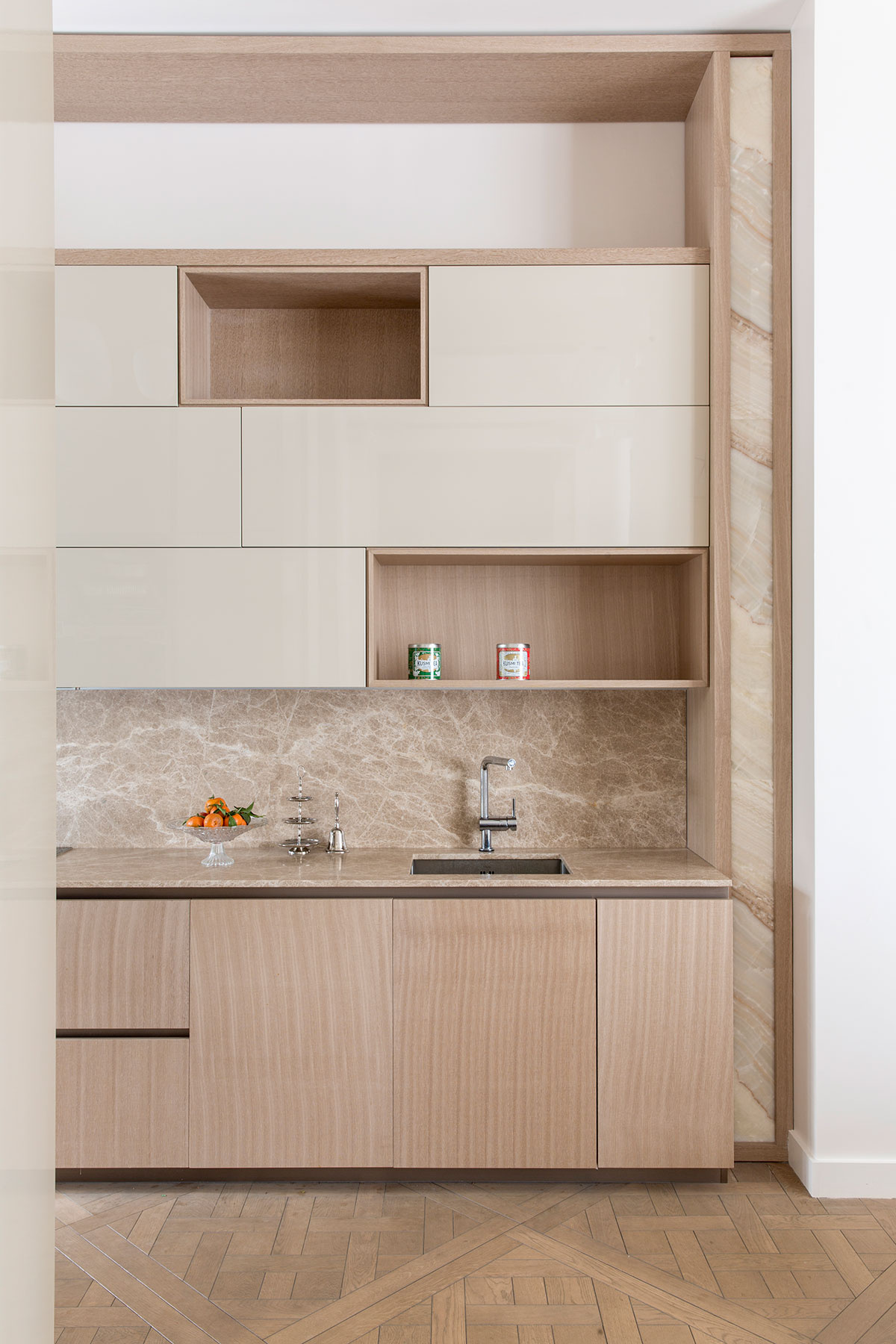 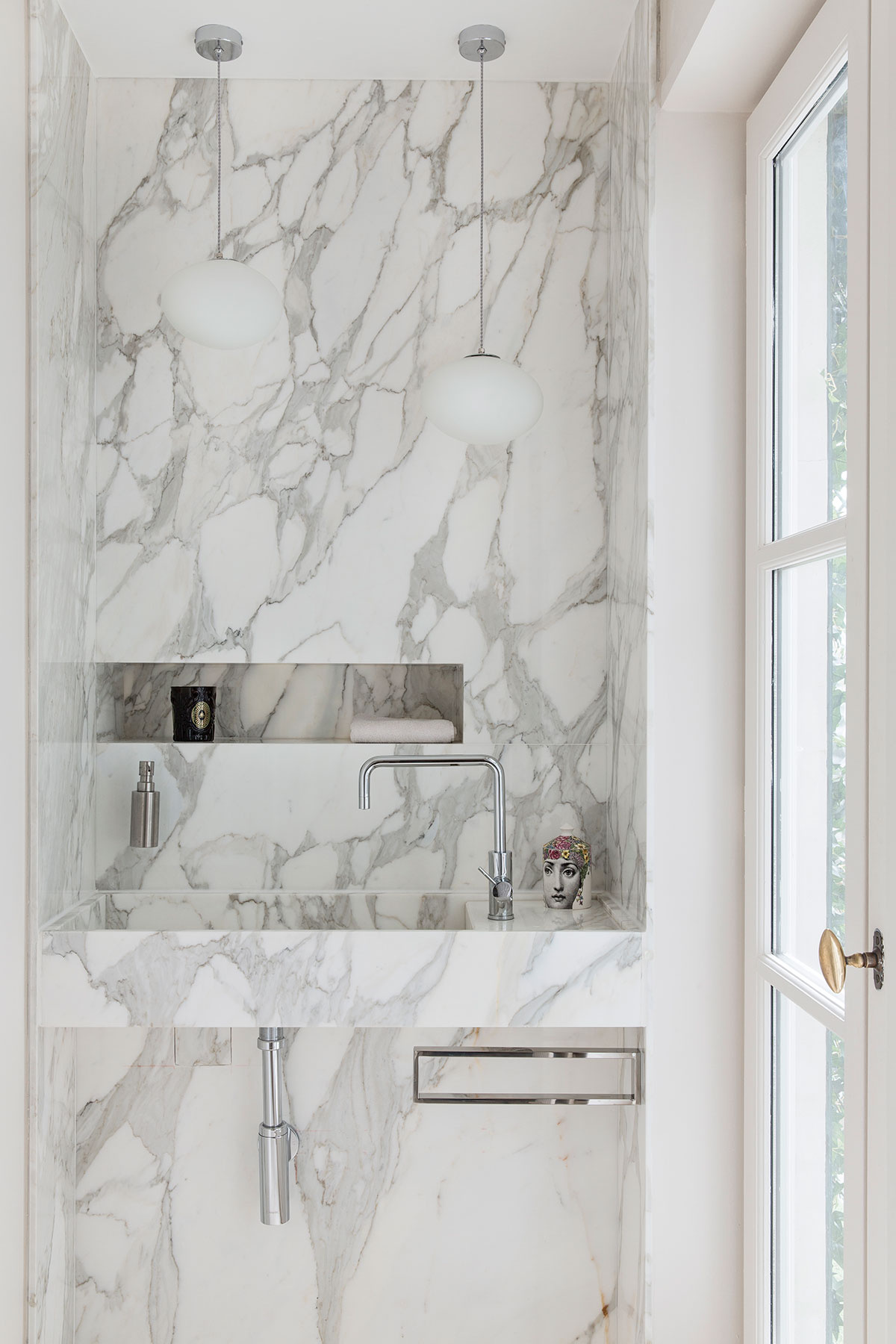 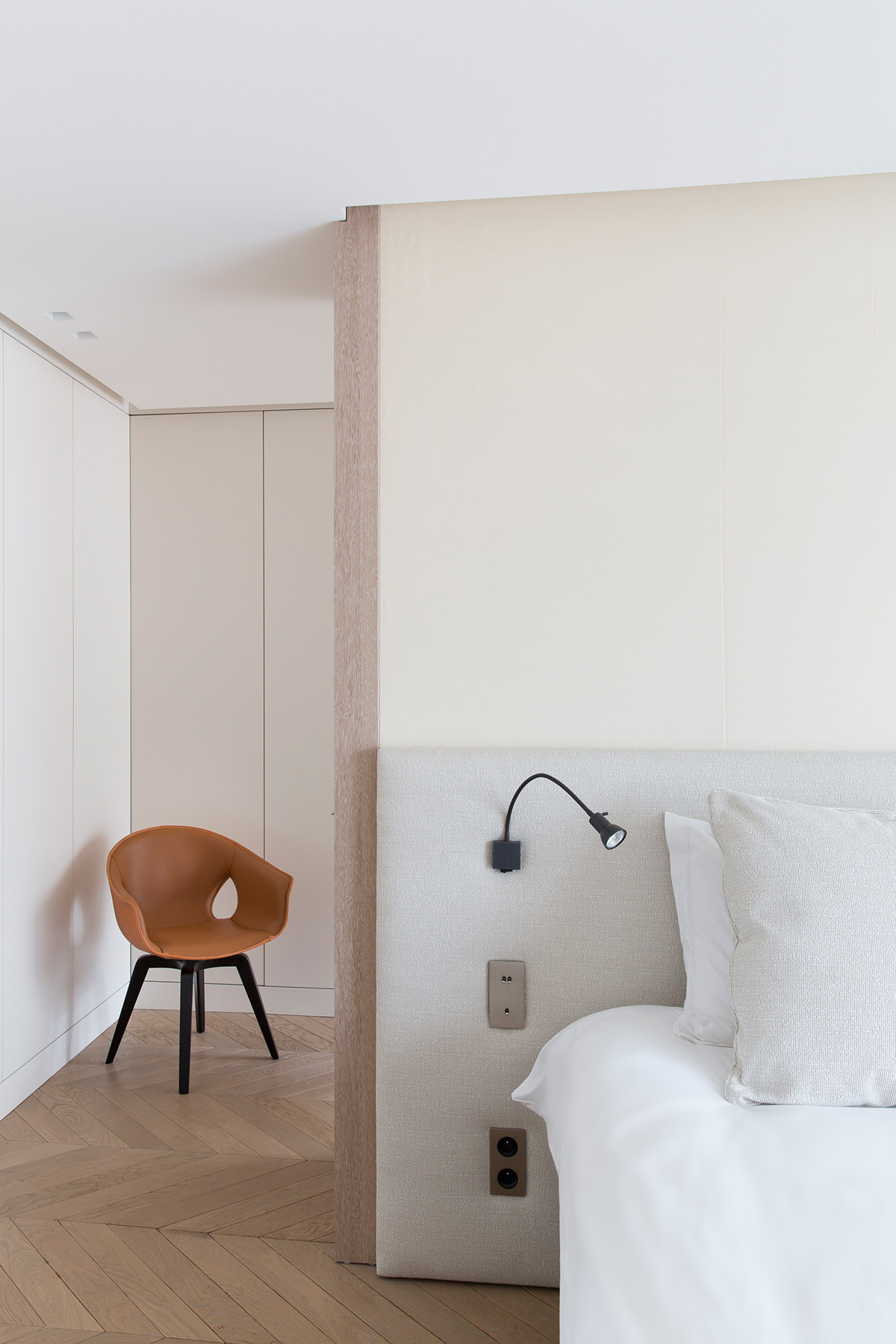 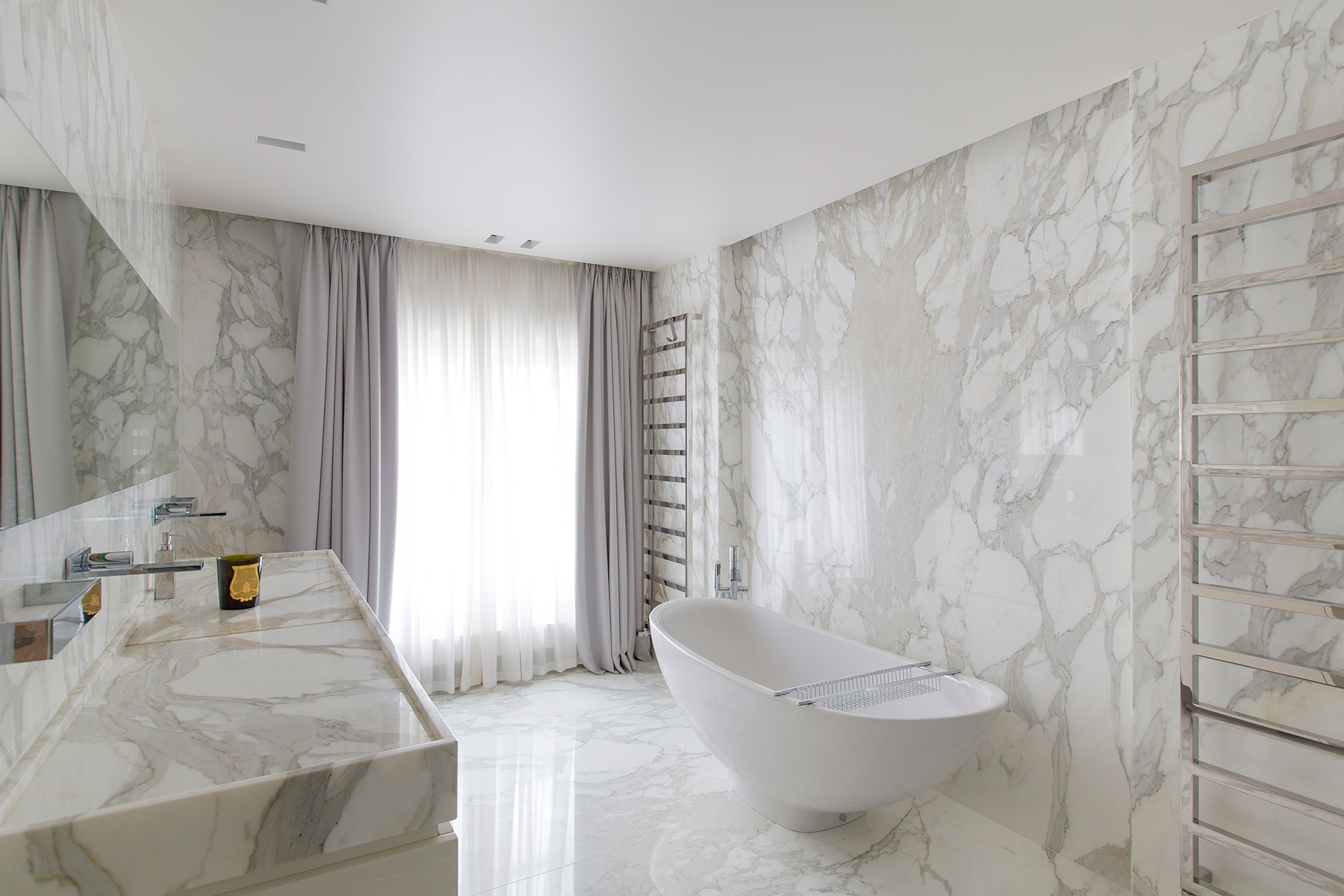 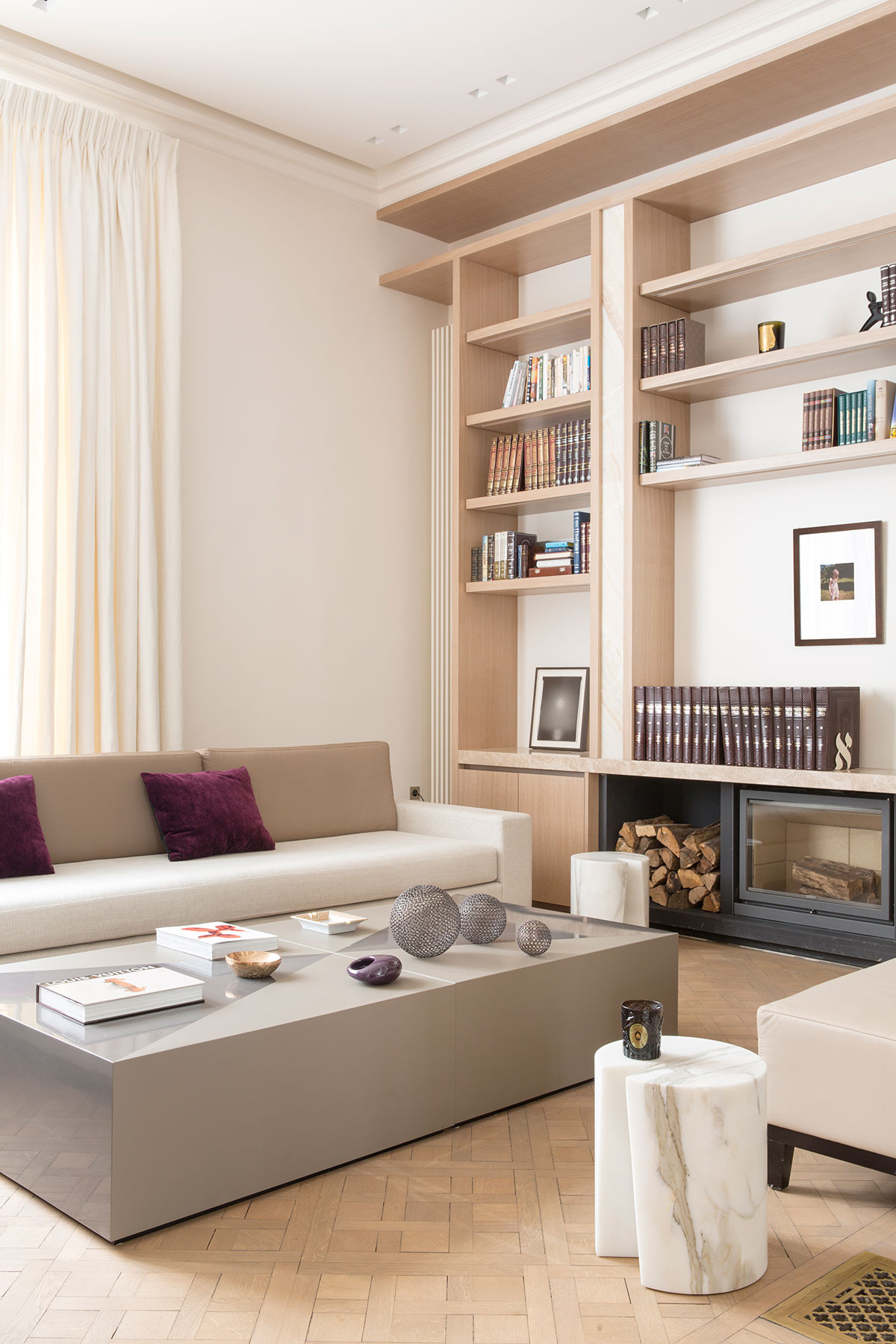 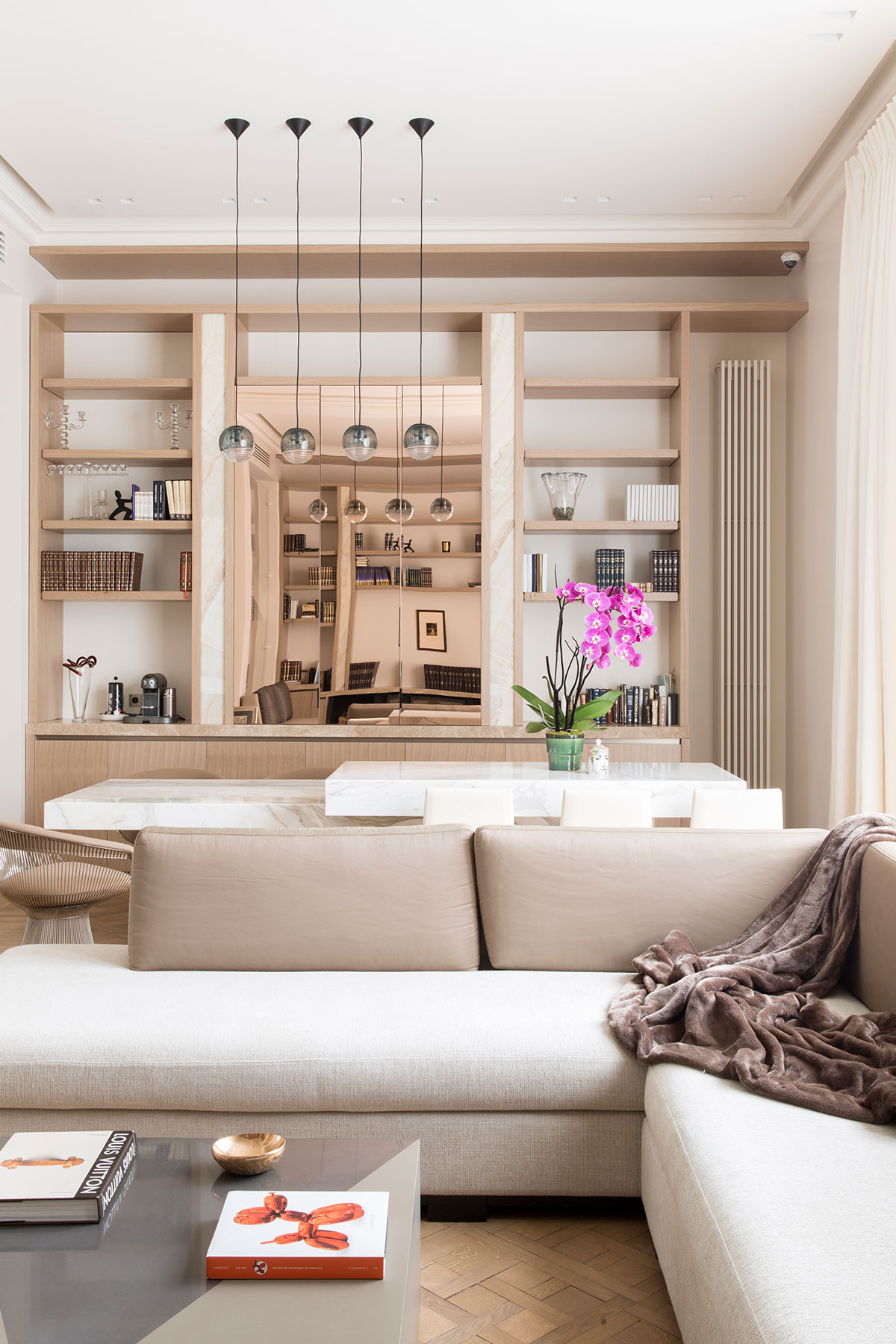 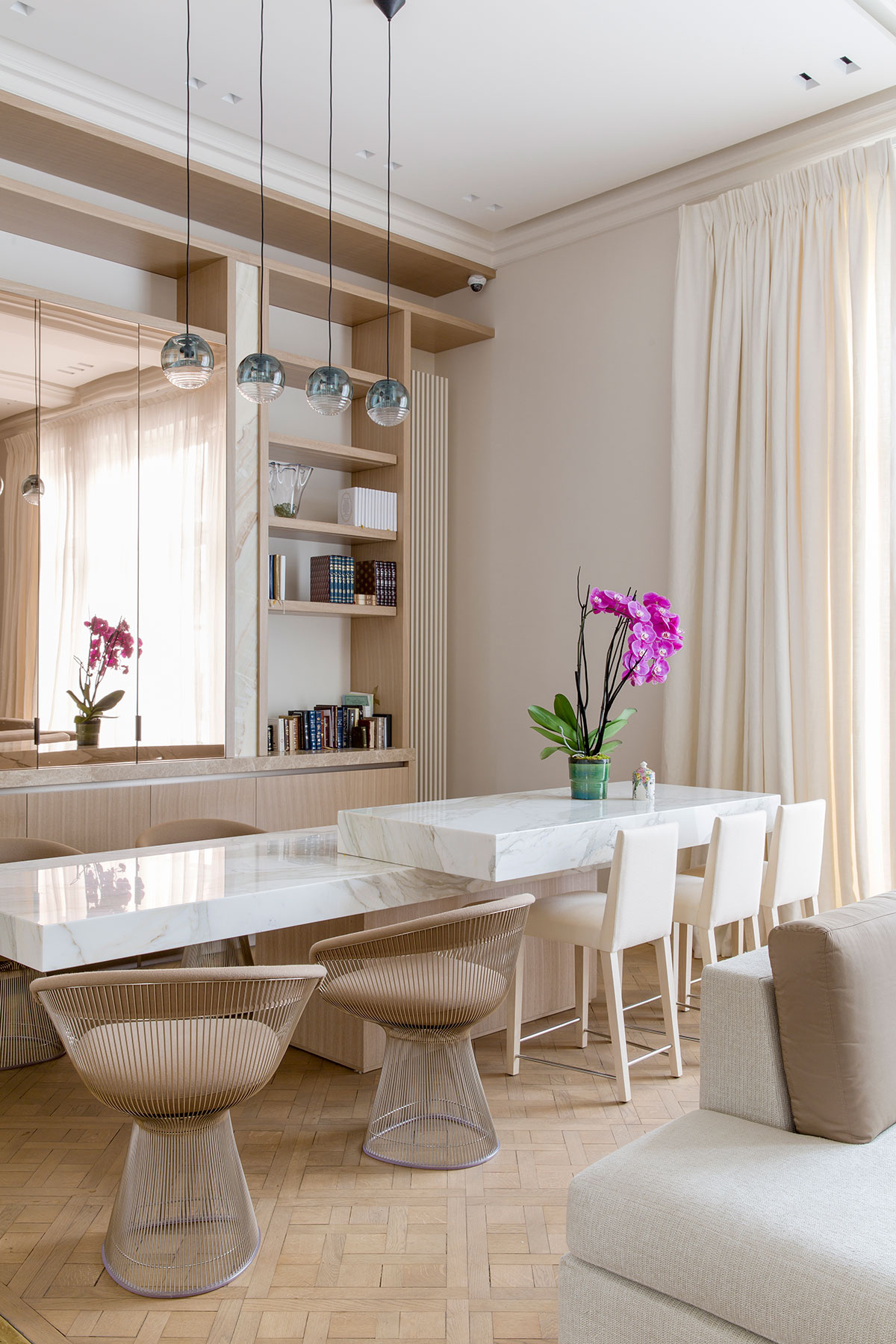 Adding light in all spaces was one of the biggest challenges of Emma Donnersberg and her team. To achieve this, they chose beige tones that are complemented by brown tones. The floor was changed by an elegant parquet Versailles and the materials mostly used were the Calacatta marble for the bathrooms and the bar, and the wood with onyx details for its contemporary aesthetics.

The fresh, sophisticated and sexy style of Emma Donnersberg is discovered in every corner of this house. Born in Paris, the French woman moved to the United States to study at the Tulane University in New Orleans and then at The New School’s Parsons School of Design in New York. He started his career at the international auction house Christie’s before launching his Emma Donnersberg Interiors studio in 2008, which today has offices in Paris and New York. An unconditional traveler, Emma Donnersberg draws on her experiences in Asia, America and Europe to conceive her projects. Design each space as if you had to paint a blank canvas, using spatial organization and colors and textures to create a sense of luxury.