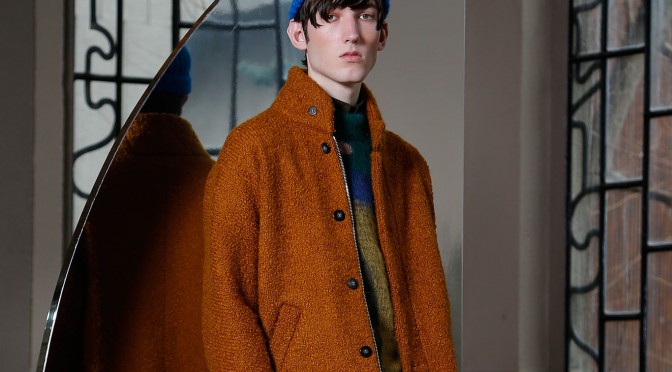 MILAN, ITALY [JANUARY 17, 2015] – Whoever said that skipping the catwalk show in favor of a presentation is akin to a downsizing? That’s the general perception in the fashion world, where appearance trumps substance by default, but it was not the case for Federico Curradi, whose Iceberg collection greatly benefited from the lack of runway action. The presentation was held in a magnificent Milanese palazzo, which was a joy in itself with its wrought stuccos and painterly mosaics. This was the first time Curradi has chosen to stage a presentation, and it was a smart move, bringing the audience close to the clothes, with the option to touch them. In contrast, Iceberg’s previous shows under Curradi’s tenure had a militaristic, urban tone that was occasionally slightly off-putting. Perhaps he has finally found his own stylistic balance for the house, highlighted by the tight final edit.

Everything looked cozy, intimate, and tactile. Curradi worked almost solely with knitwear—which is Iceberg’s main area of expertise—creating his own melting textures in richly dense colors by mixing yarns and treatments. Even outerwear was knitted instead of woven. “With knit, you need to appreciate things up close,” he said.

If the collection’s starting point—a Japanese person in Williamsburg, Brooklyn—was a tad random, and the mix of Edo art and Pop Art little more than an excuse, the result was nonetheless outstanding. Loose volumes influenced by both kimonos and workwear produced some interesting hybrids, and the idiosyncratic color palette derived from the art of Jean-Michel Basquiat felt new and sophisticated. Working with just a handful of elements, Curradi looked focused and inspired, bringing excitement back to Iceberg. Let’s hope he keeps the new format; it clearly suits him. 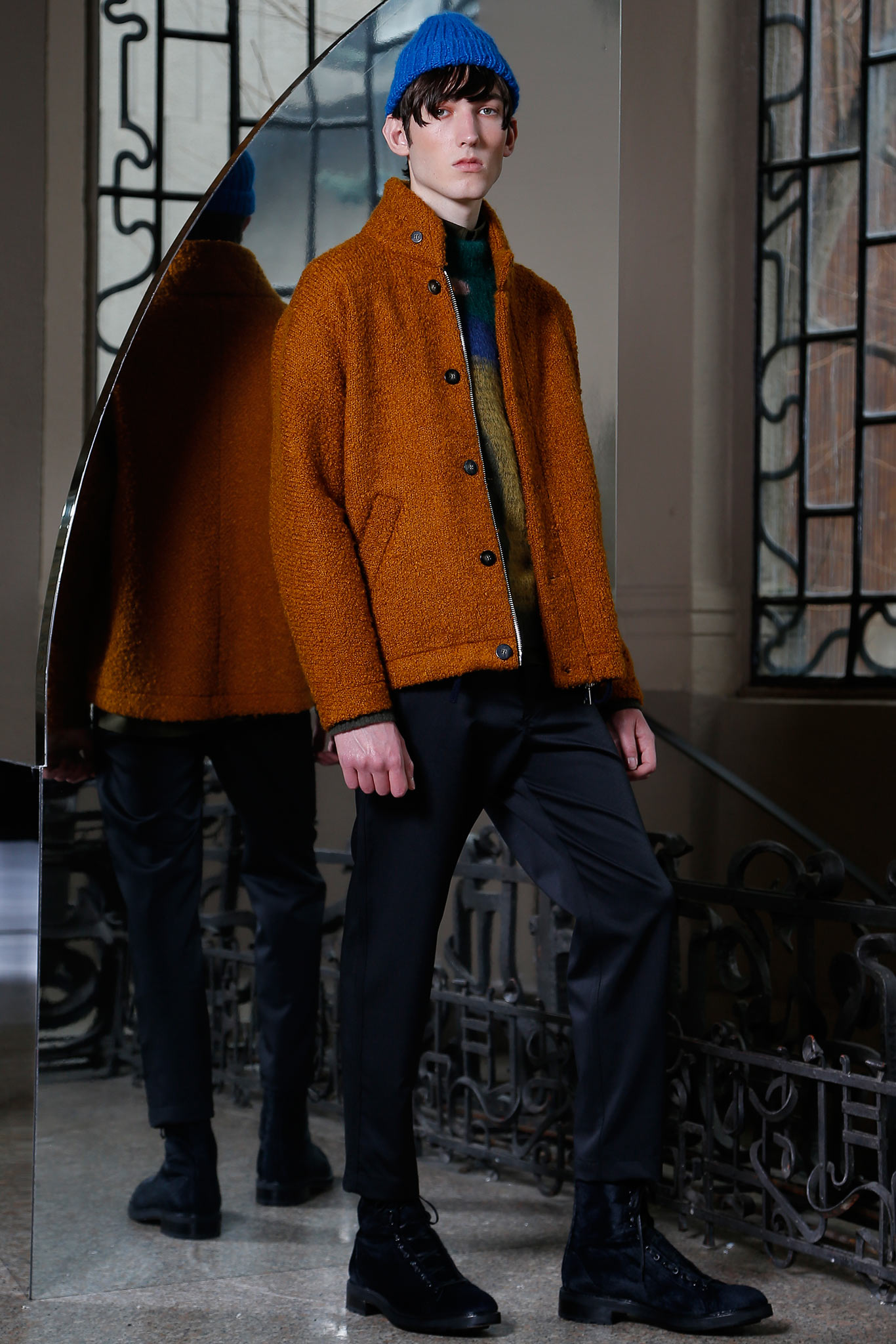 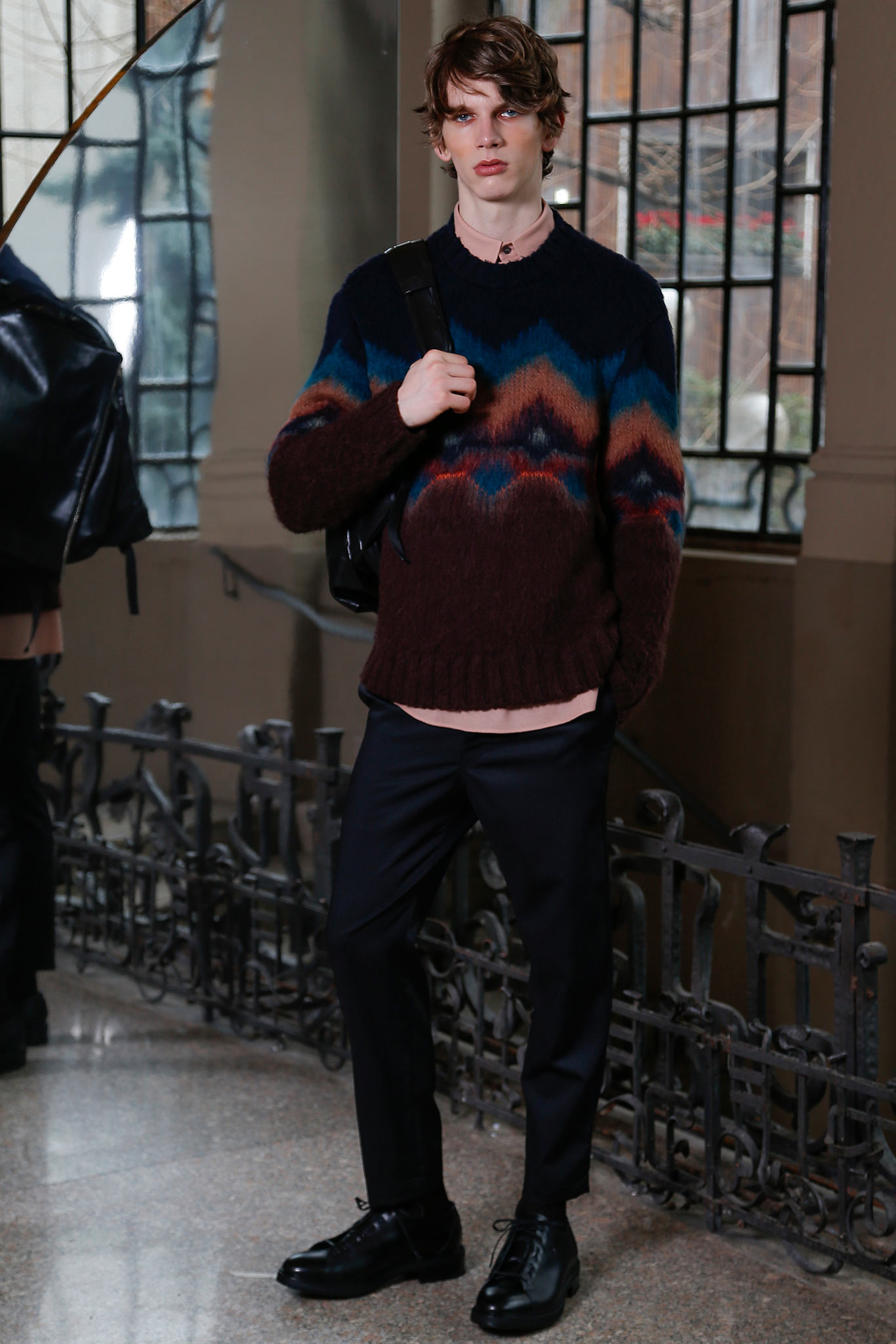 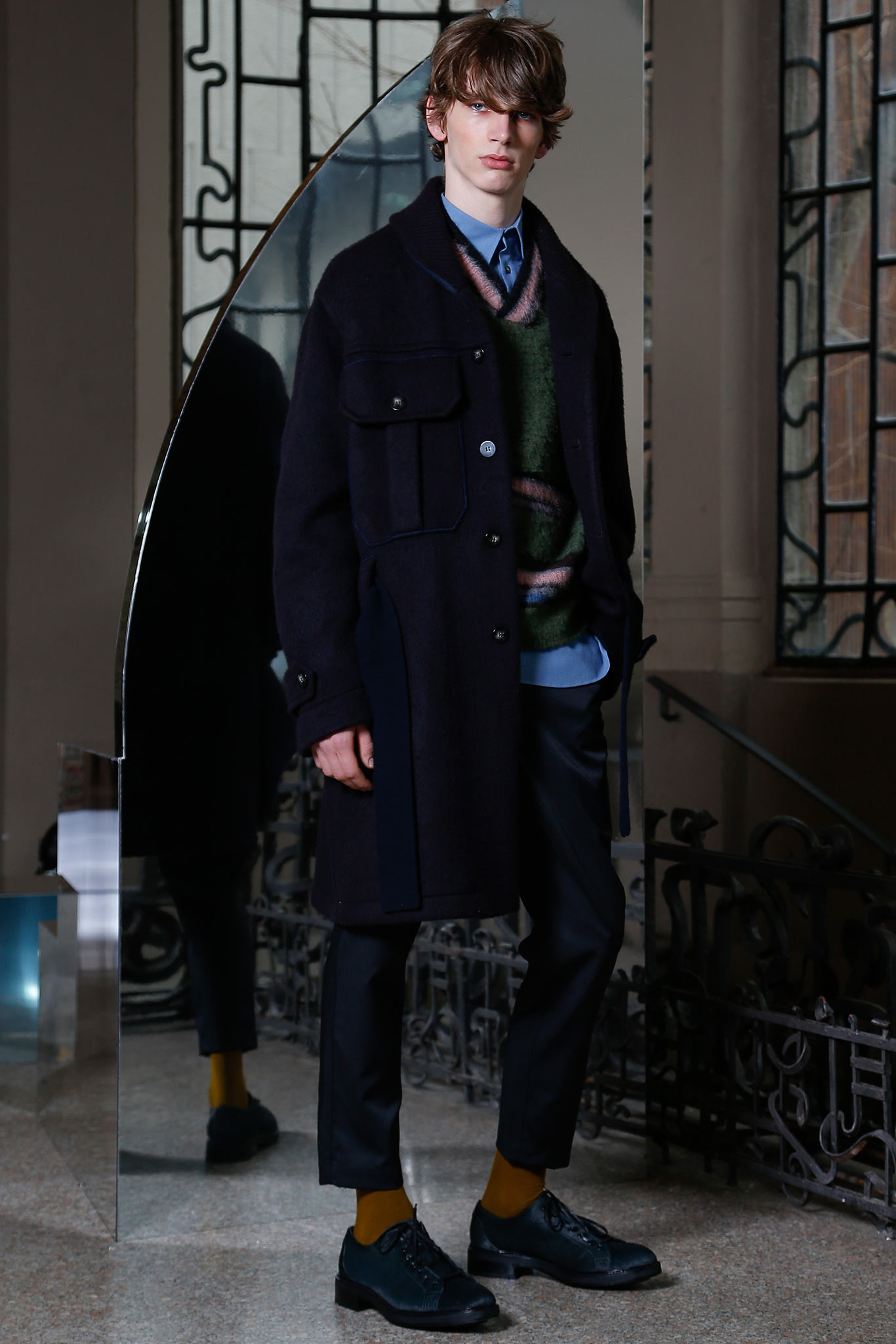 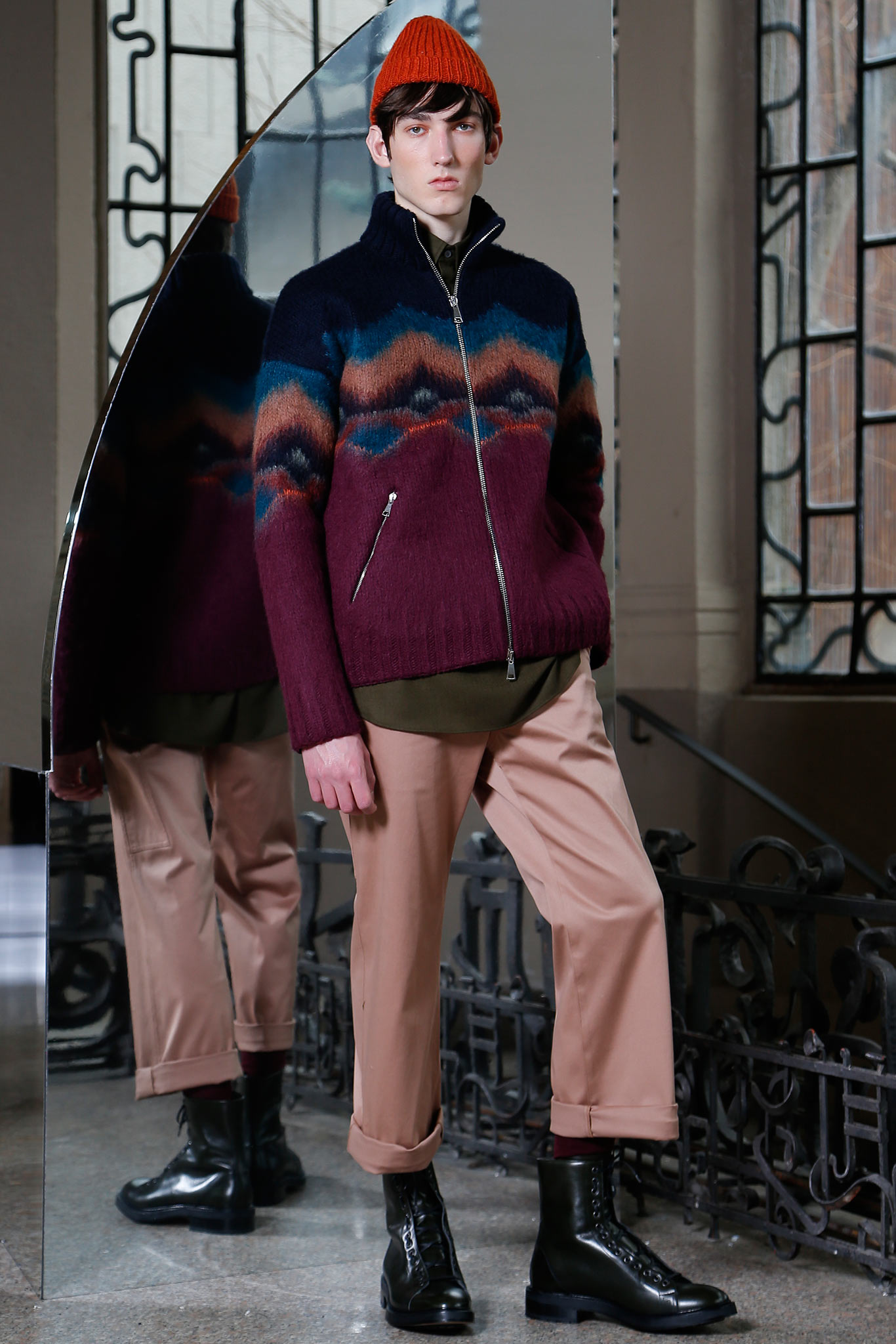 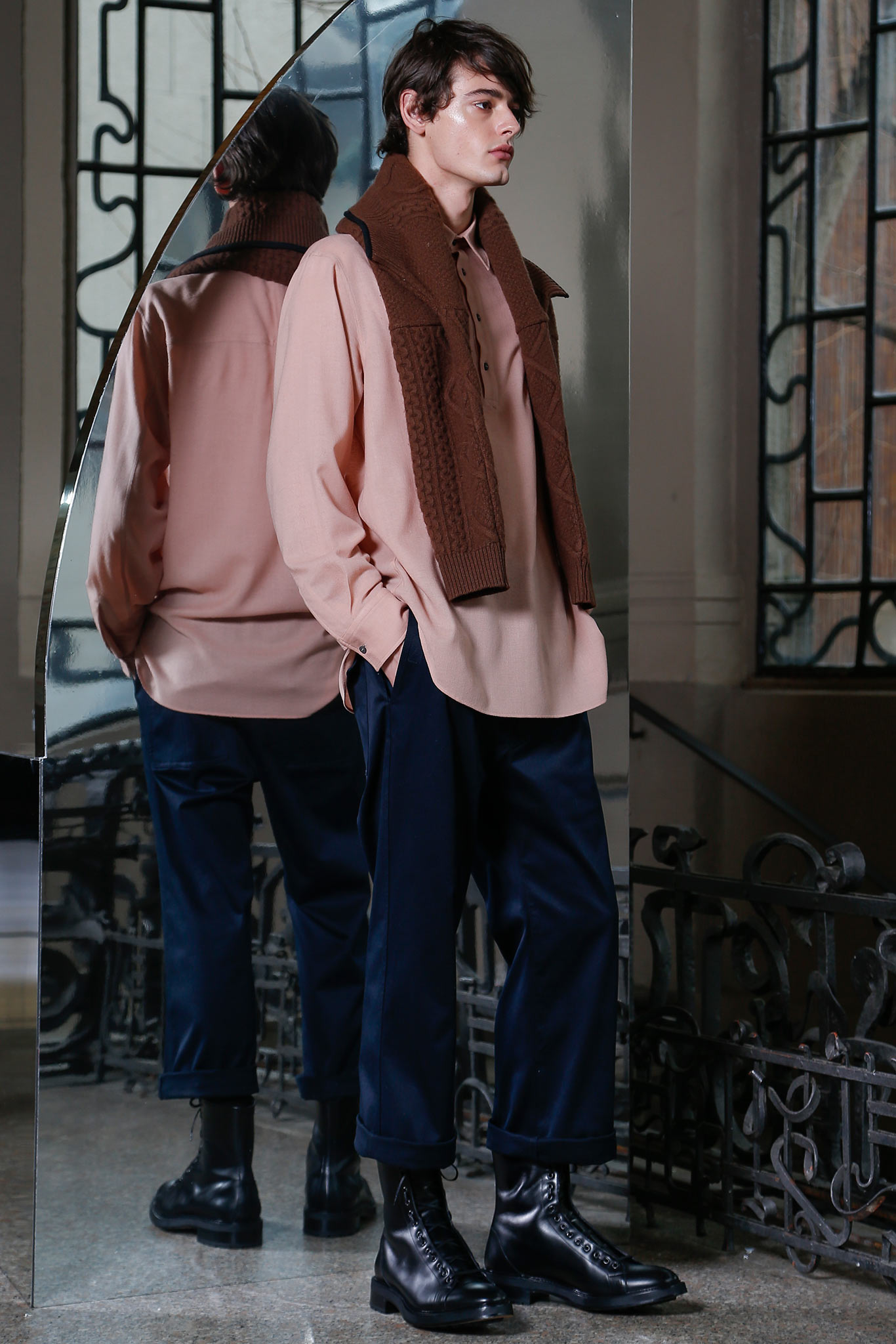 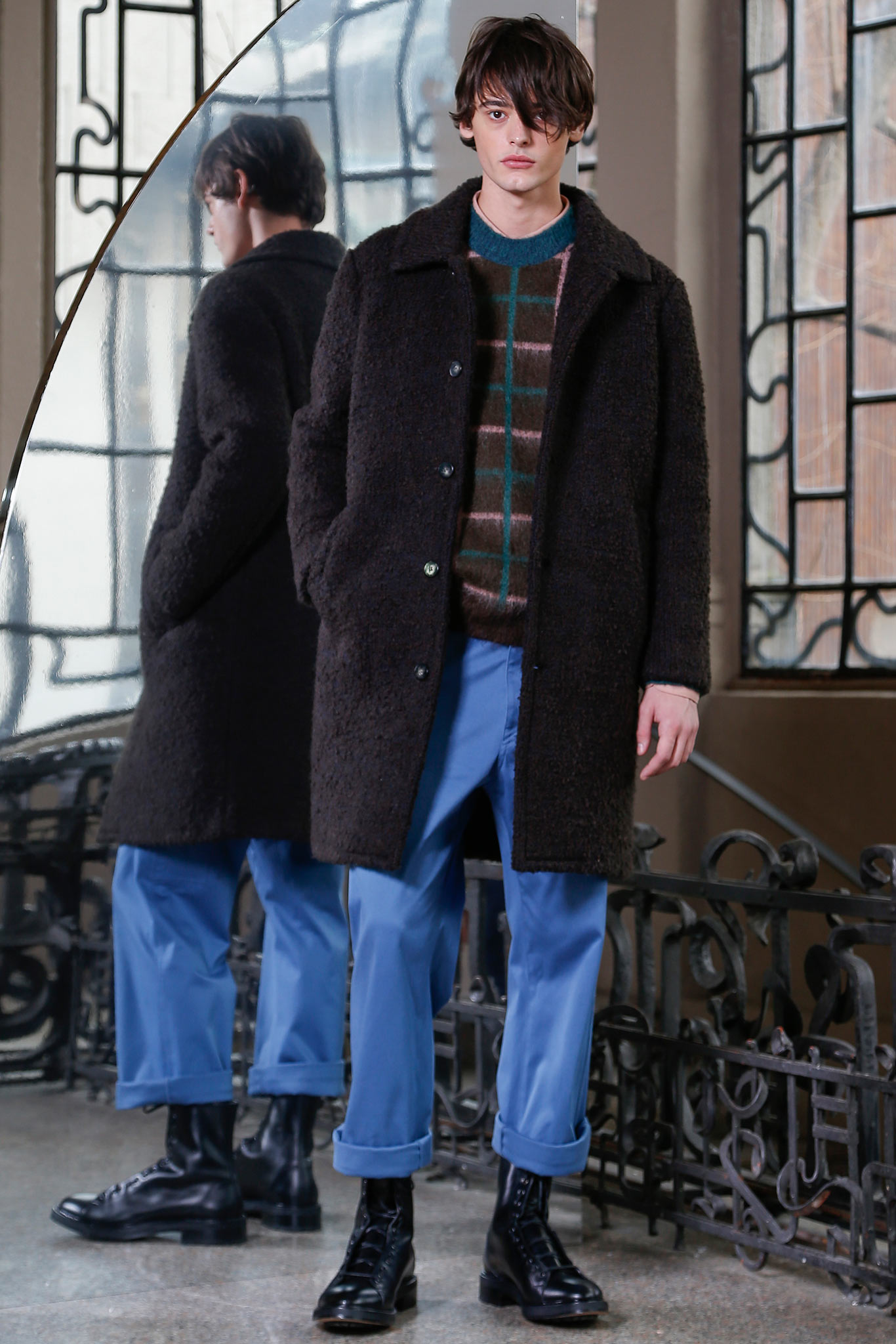 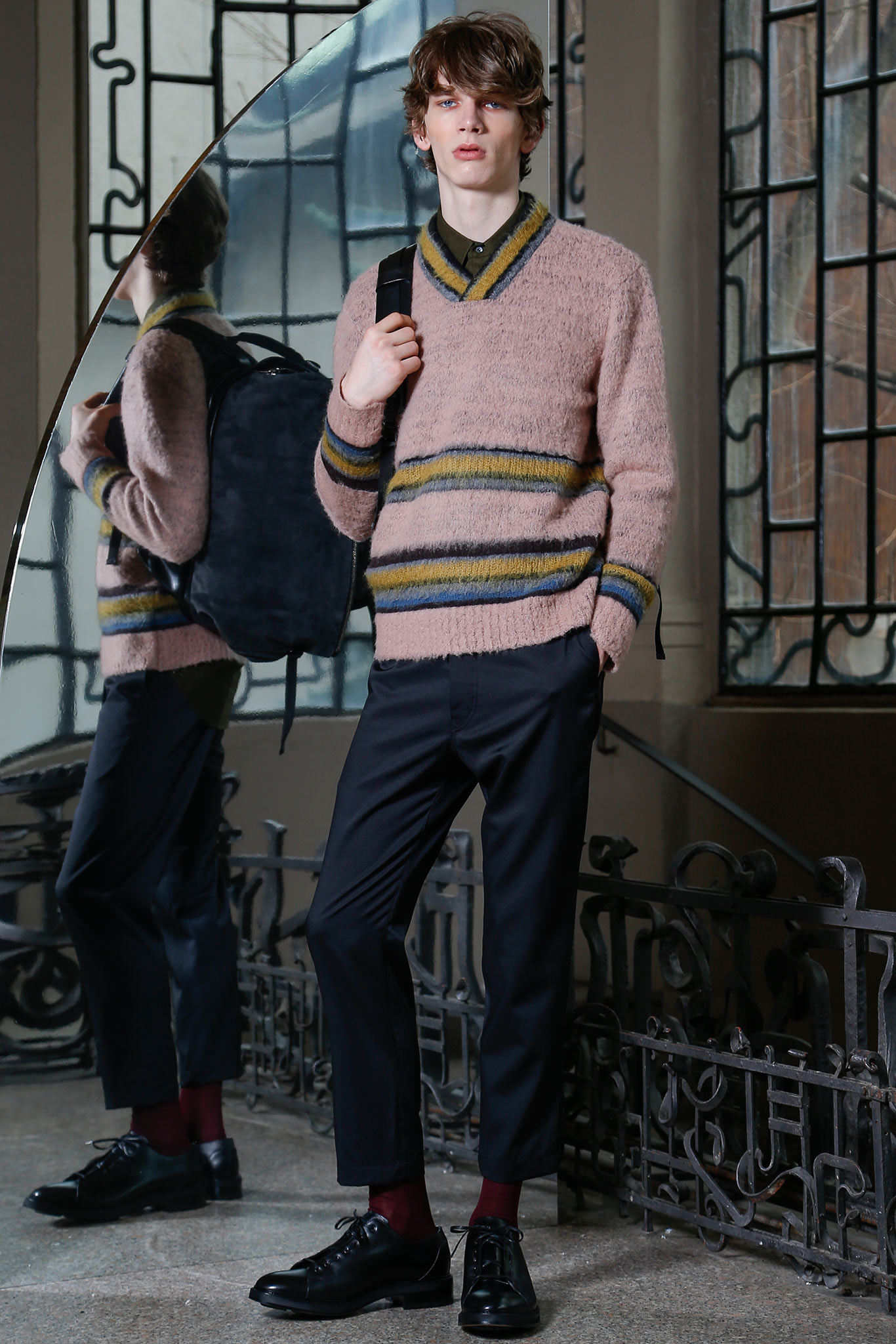 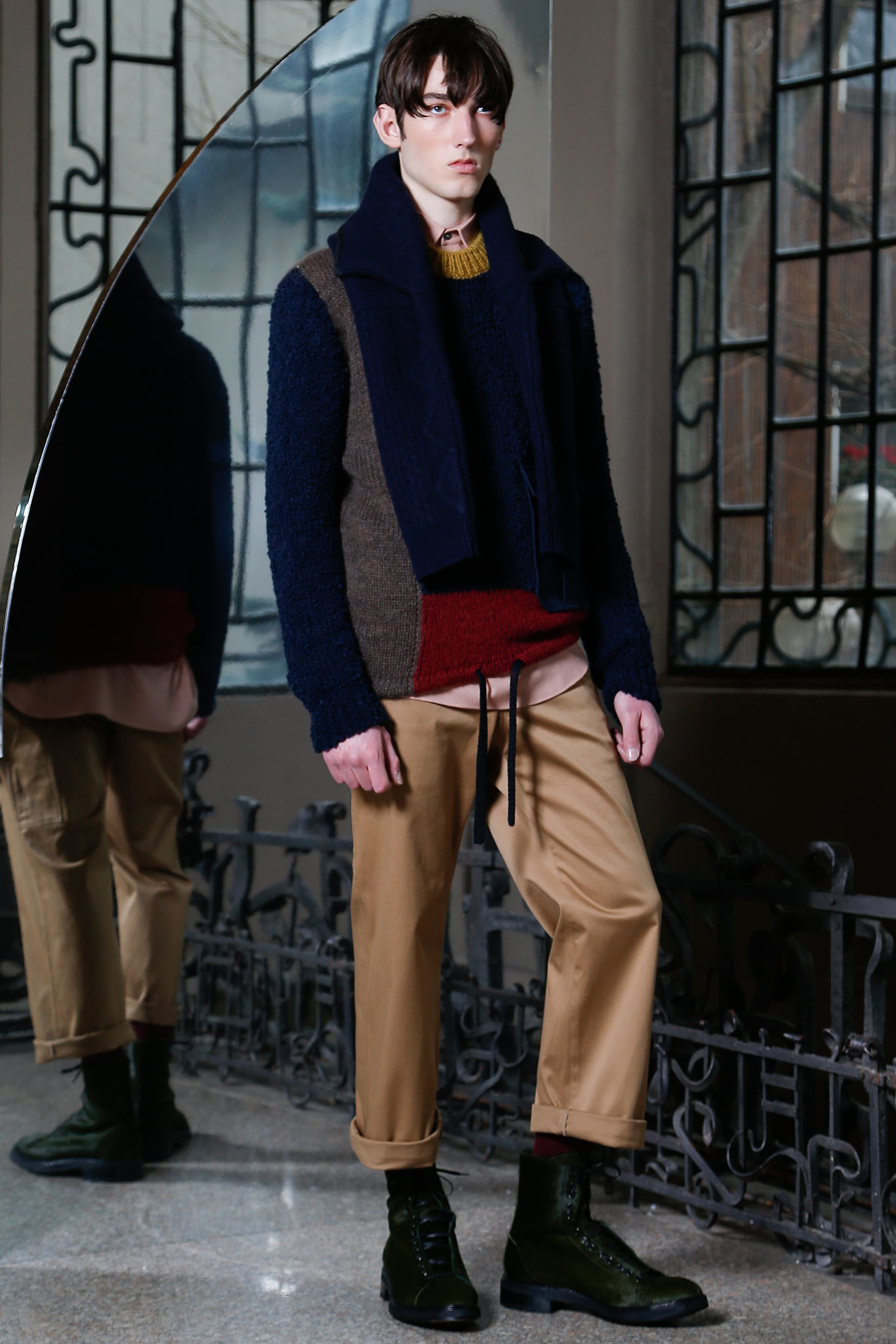 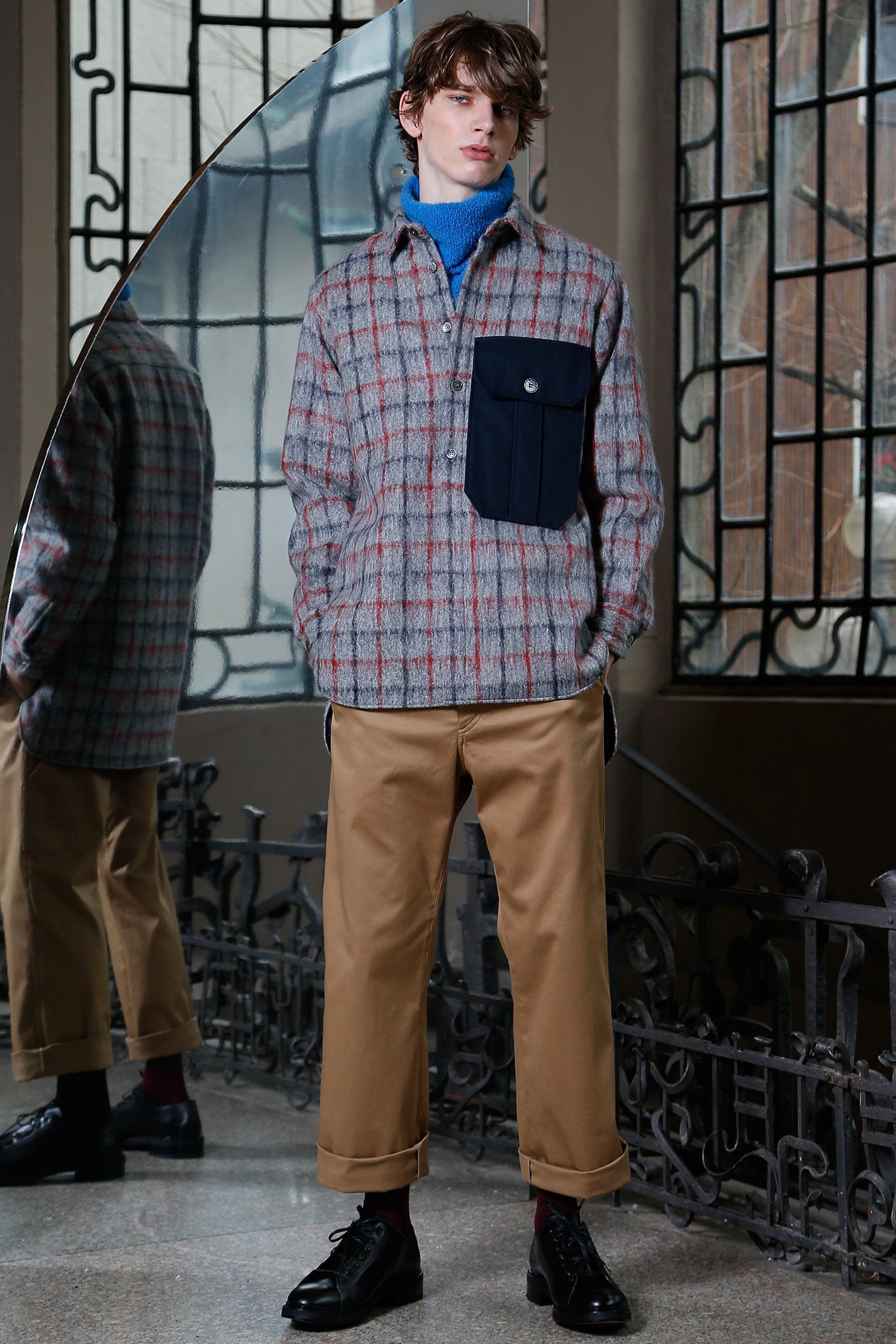 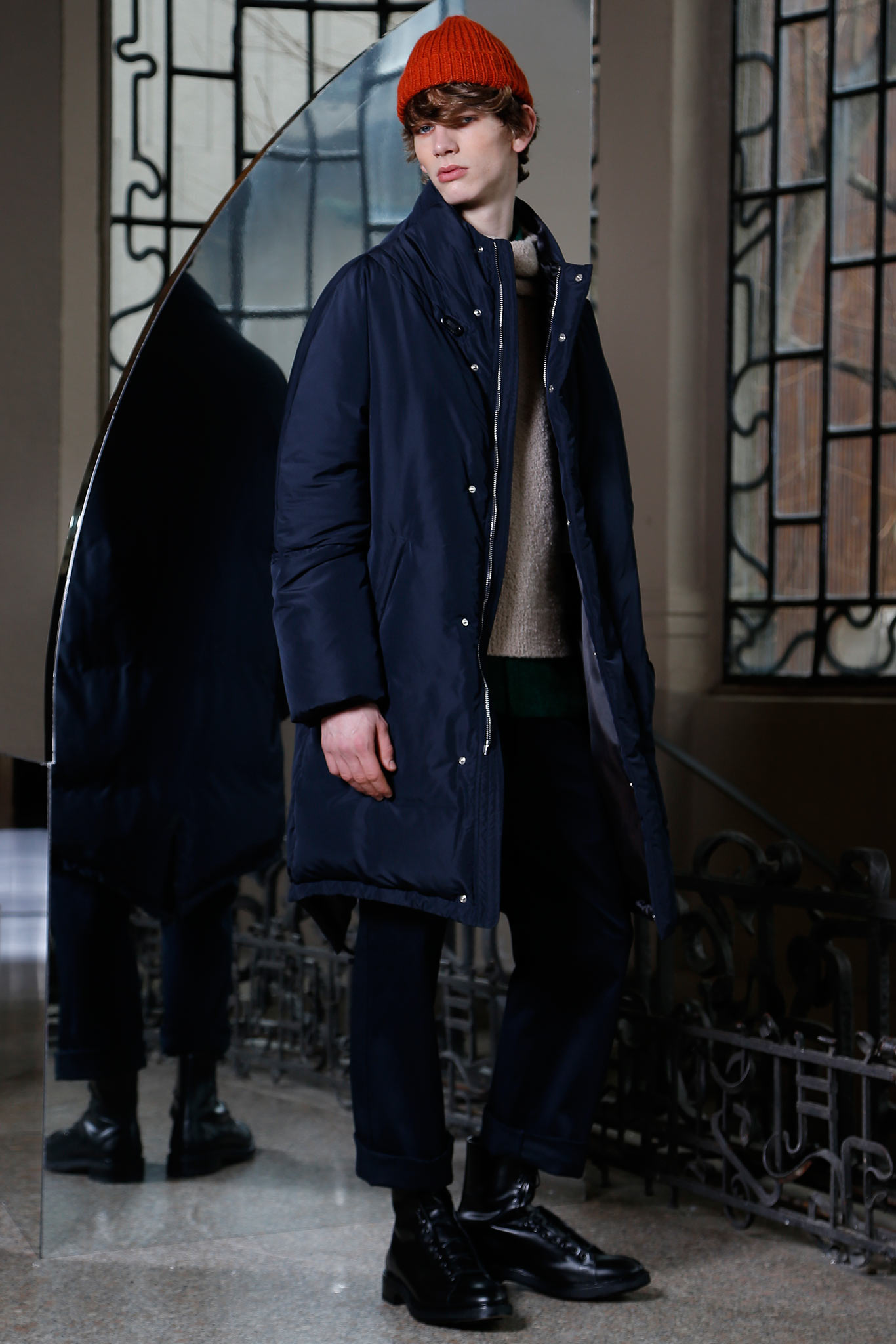 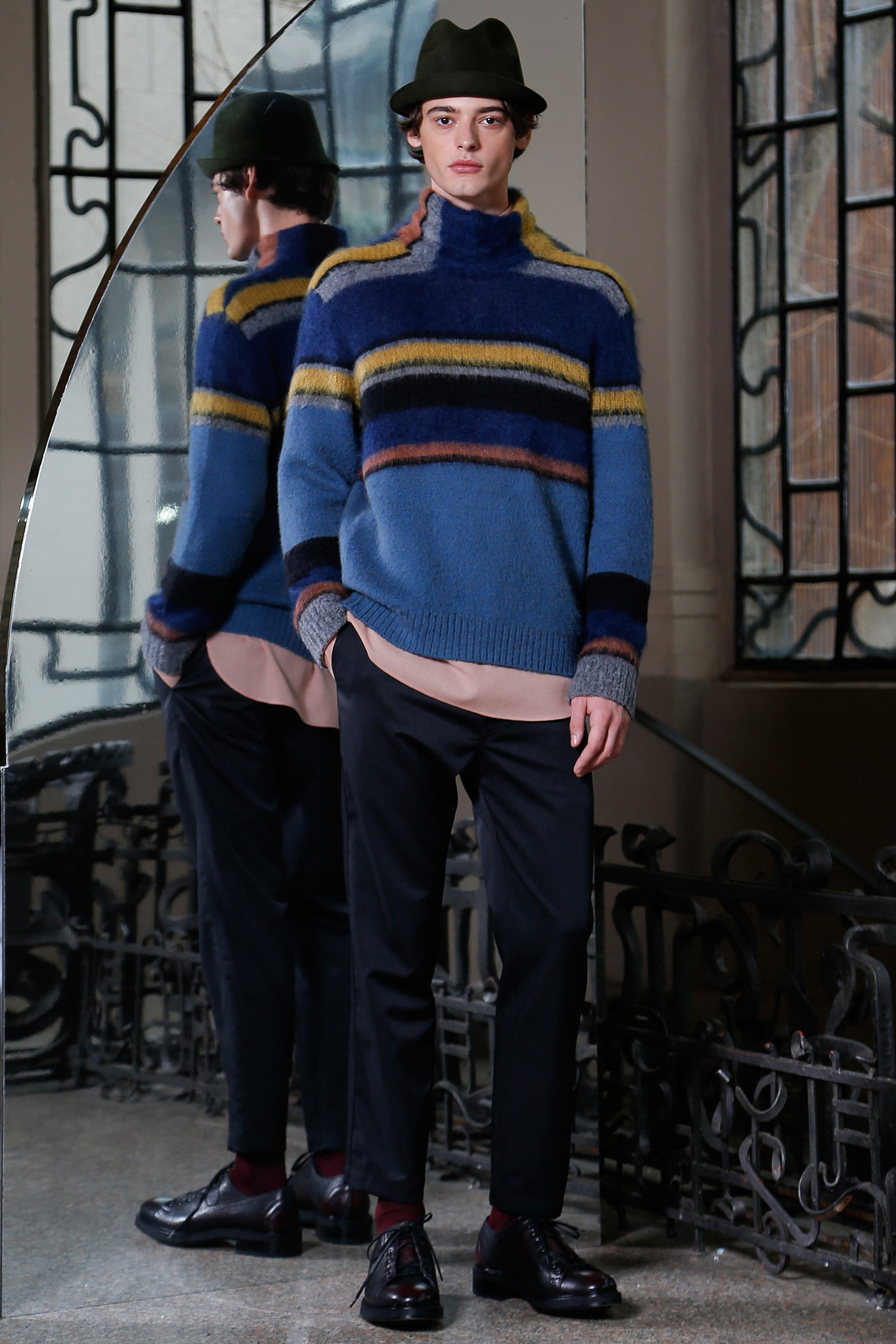 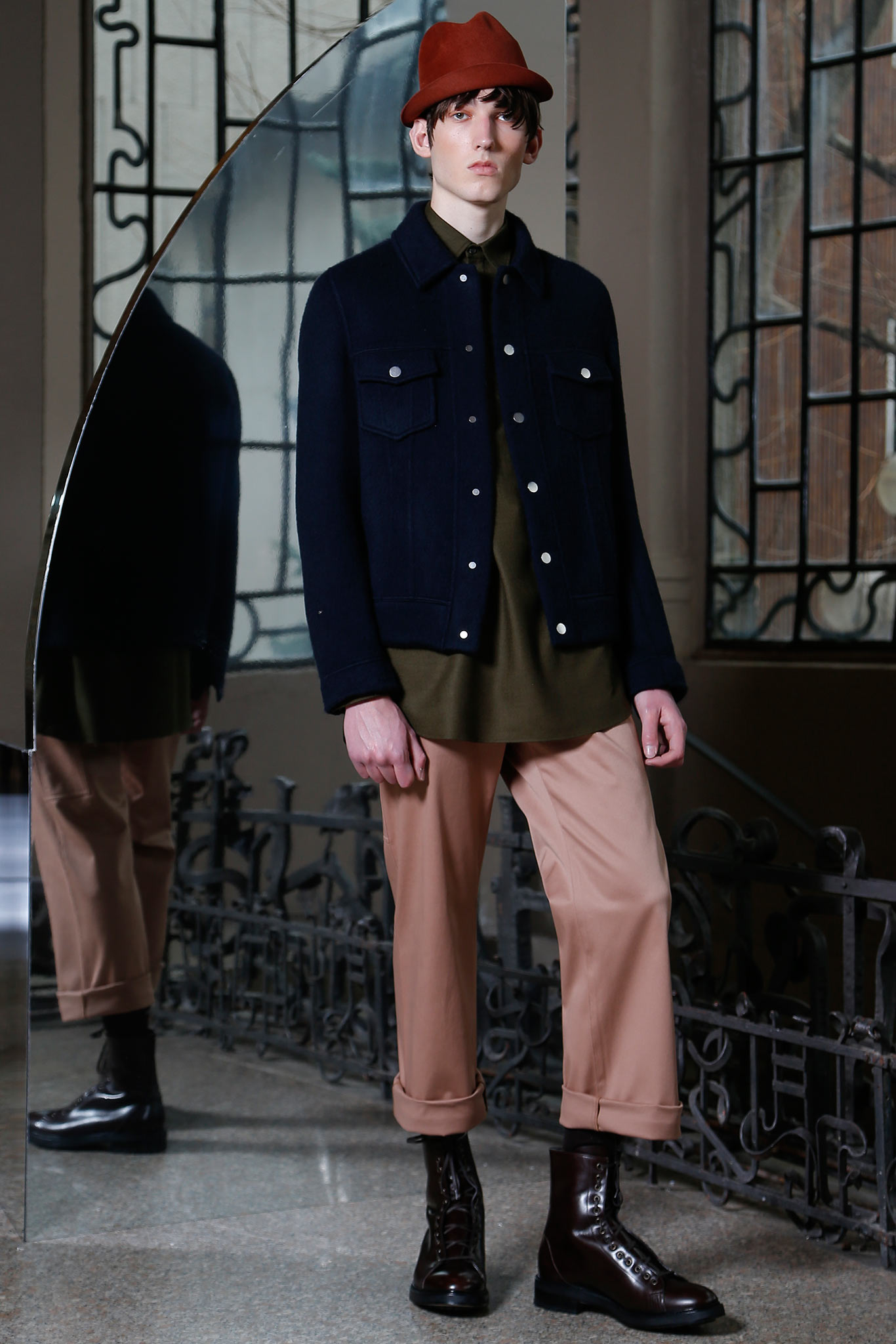 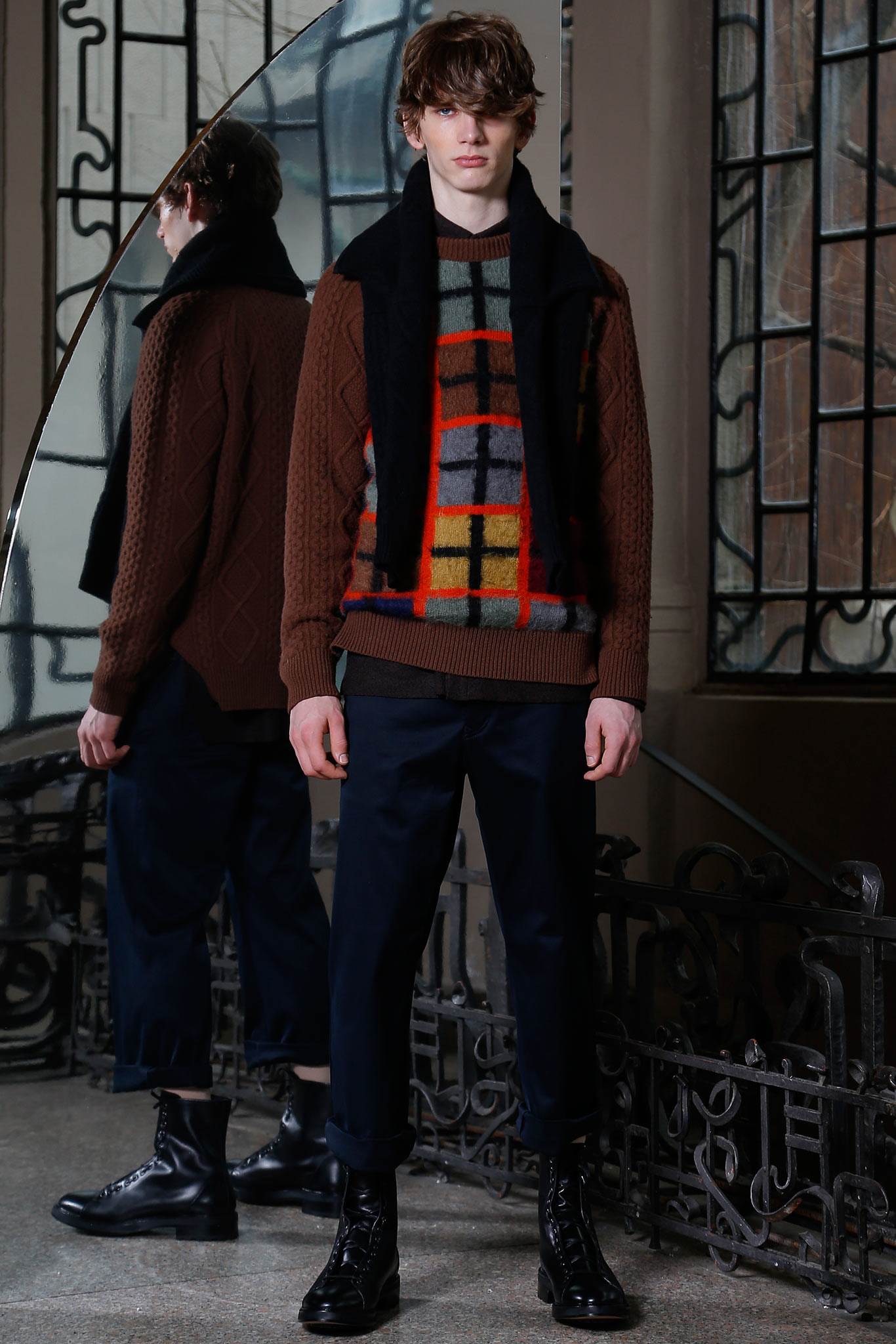 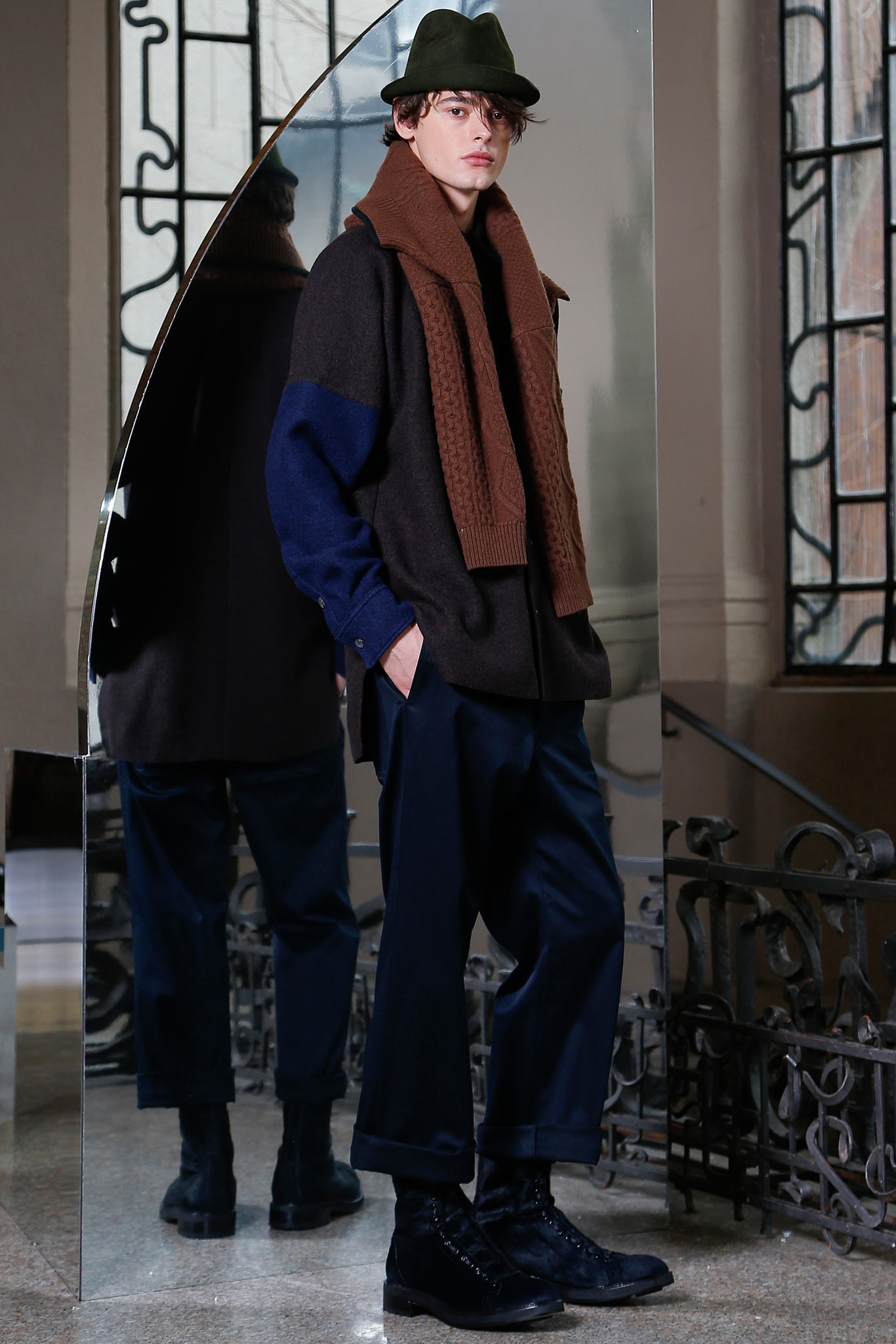 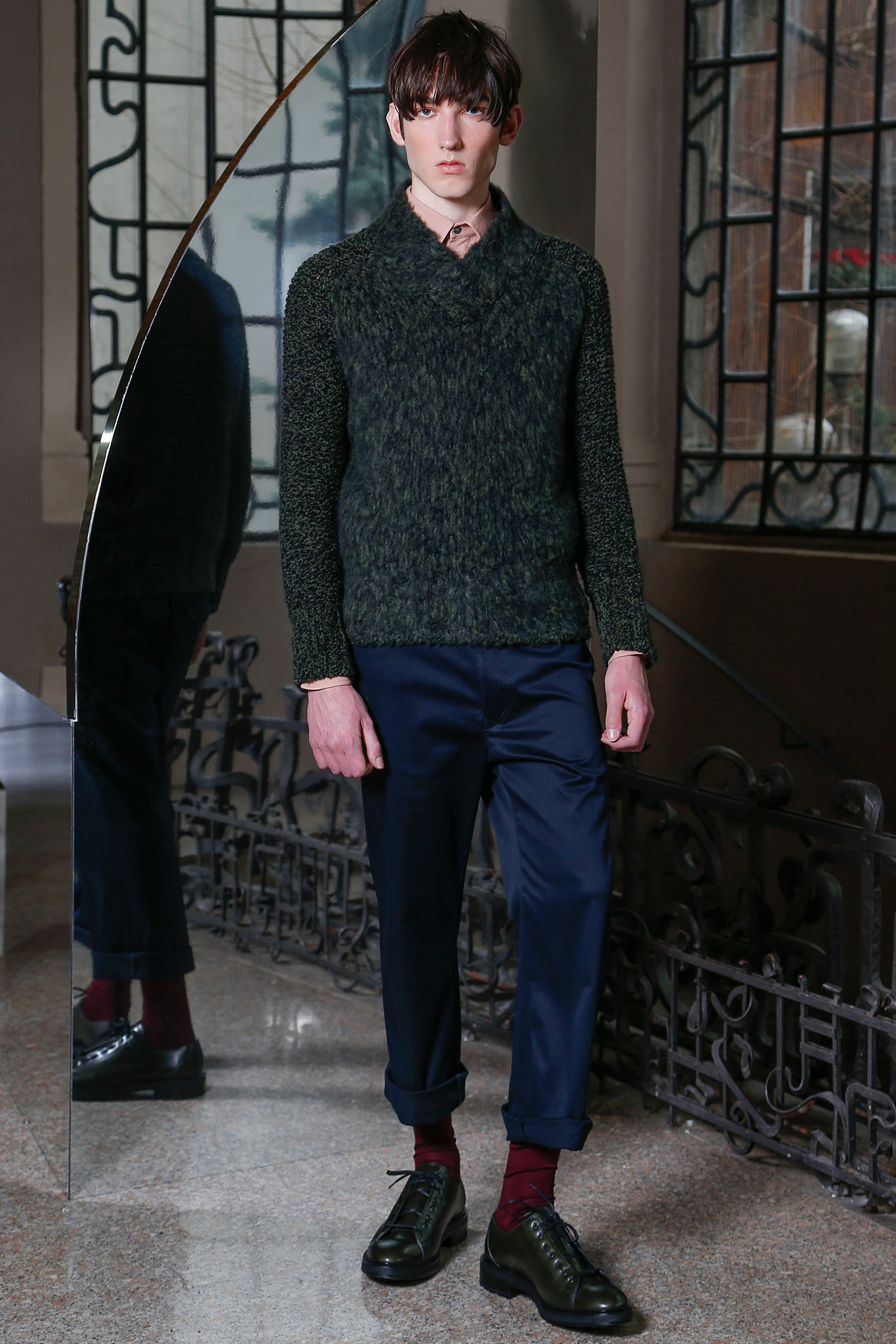 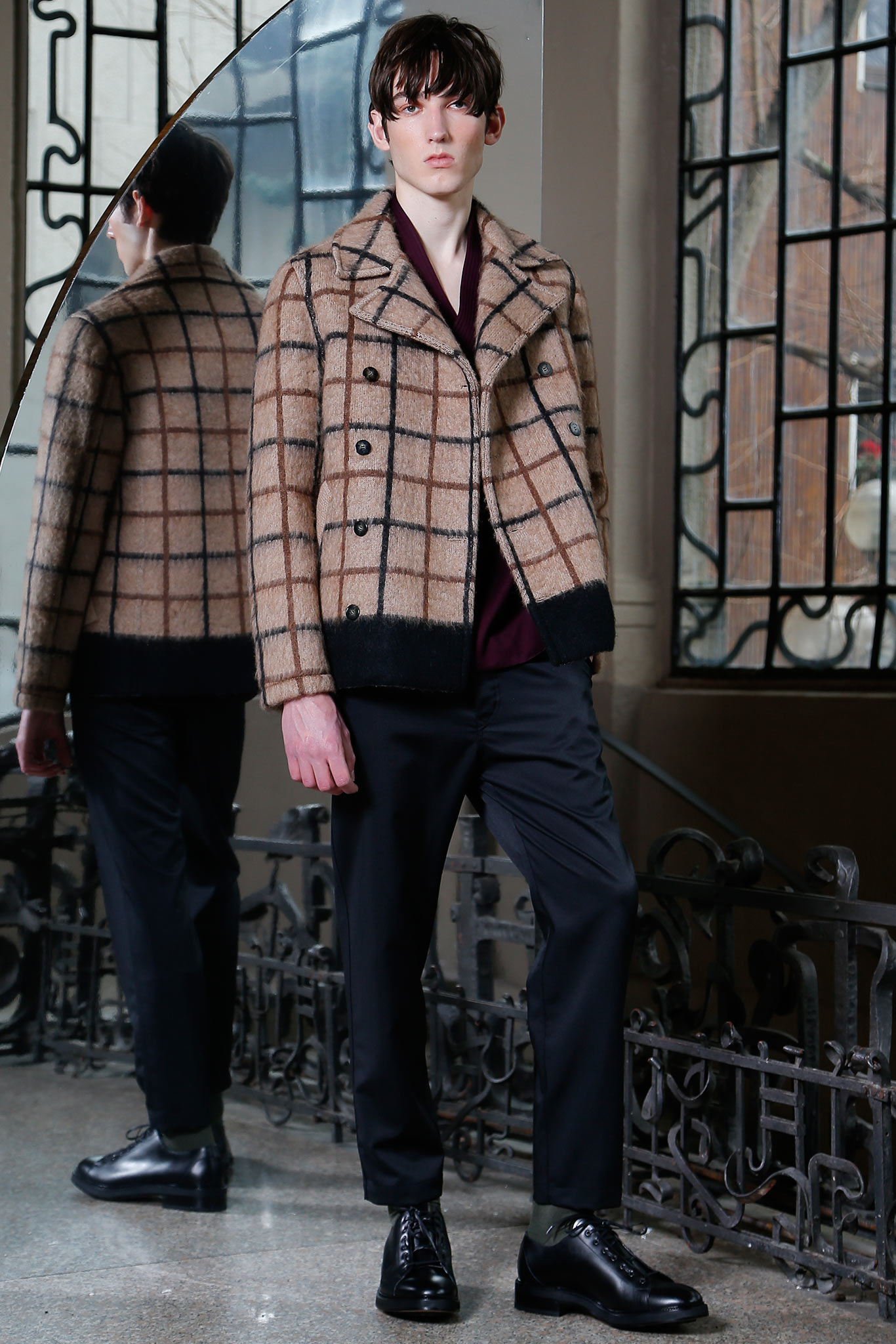 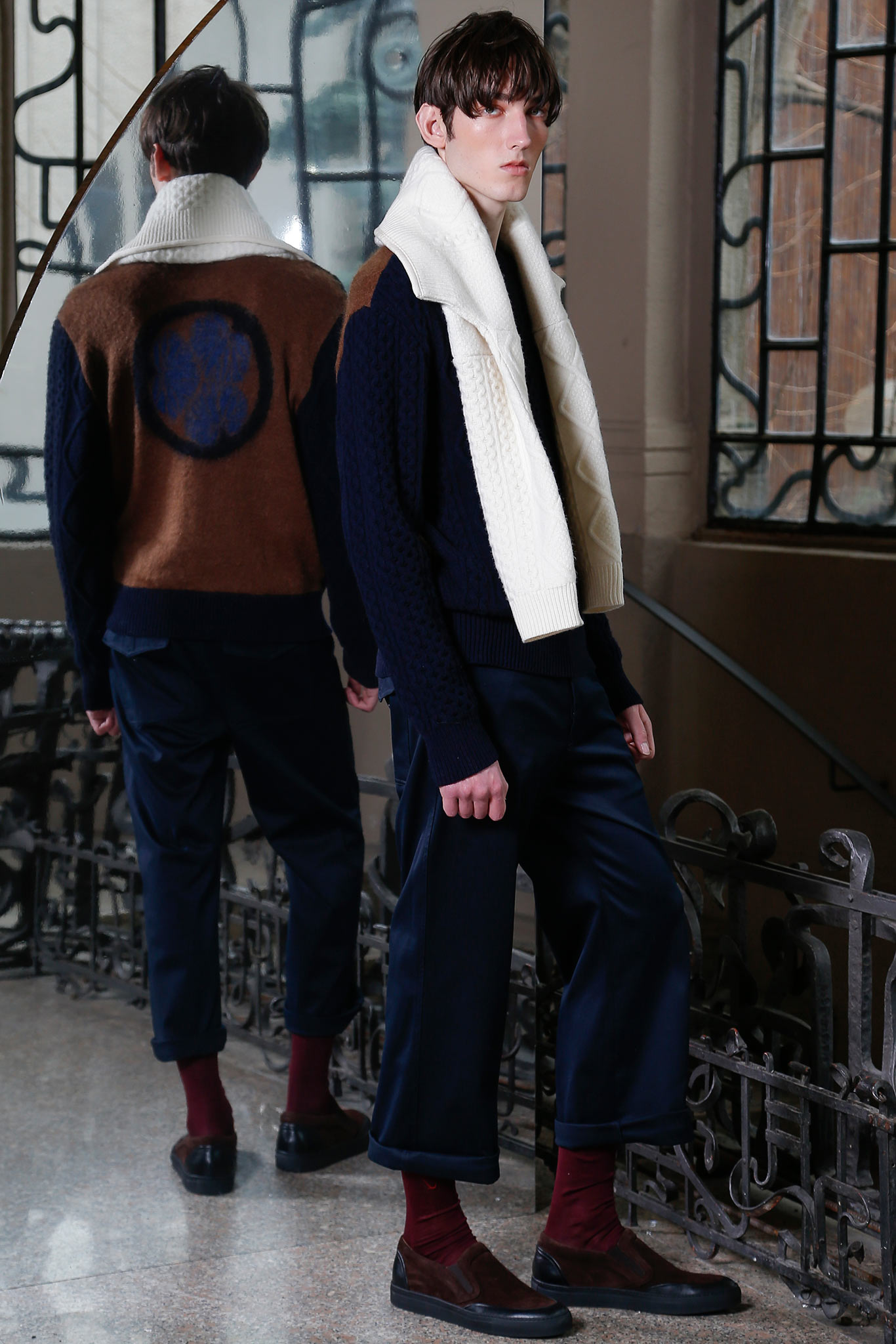 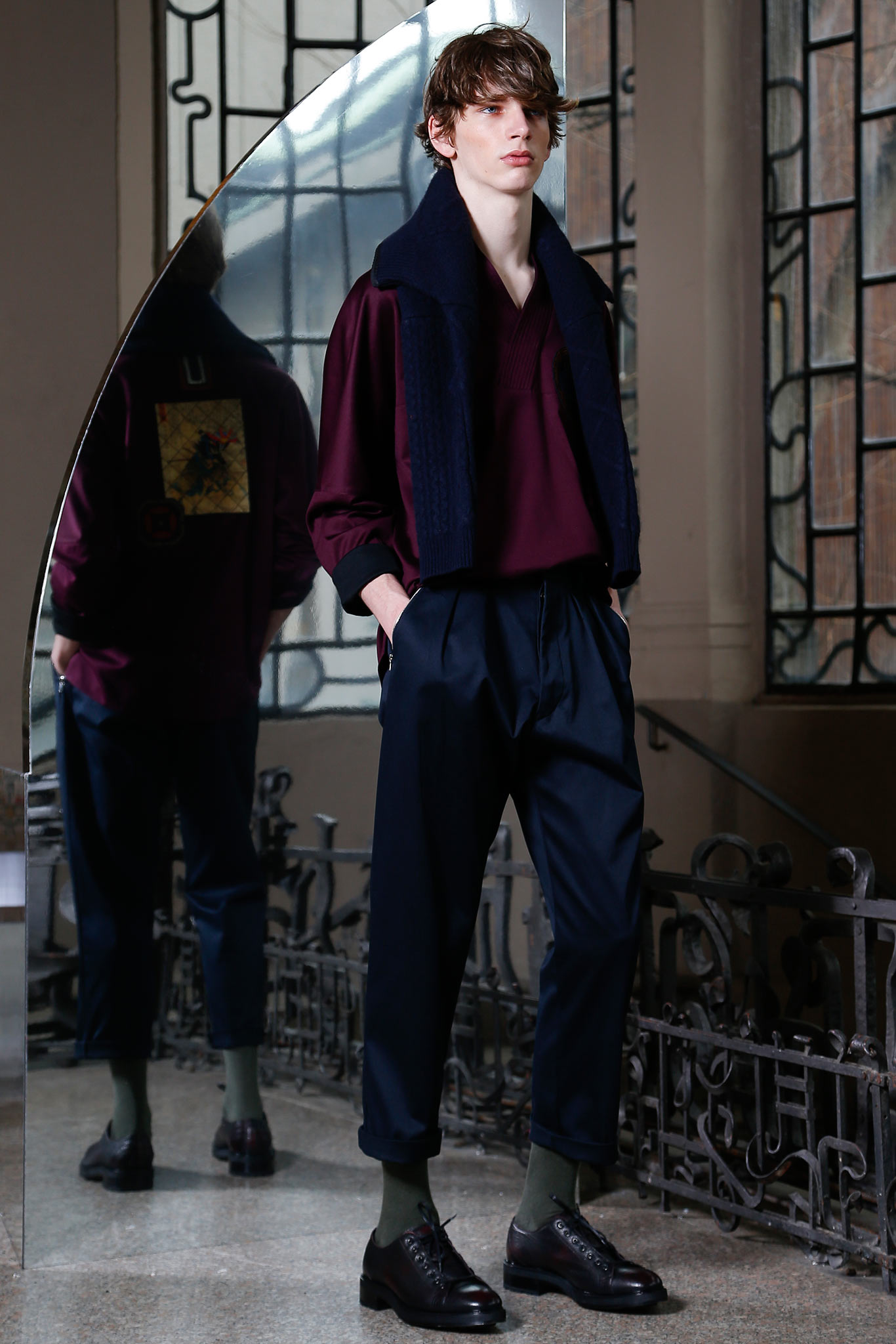 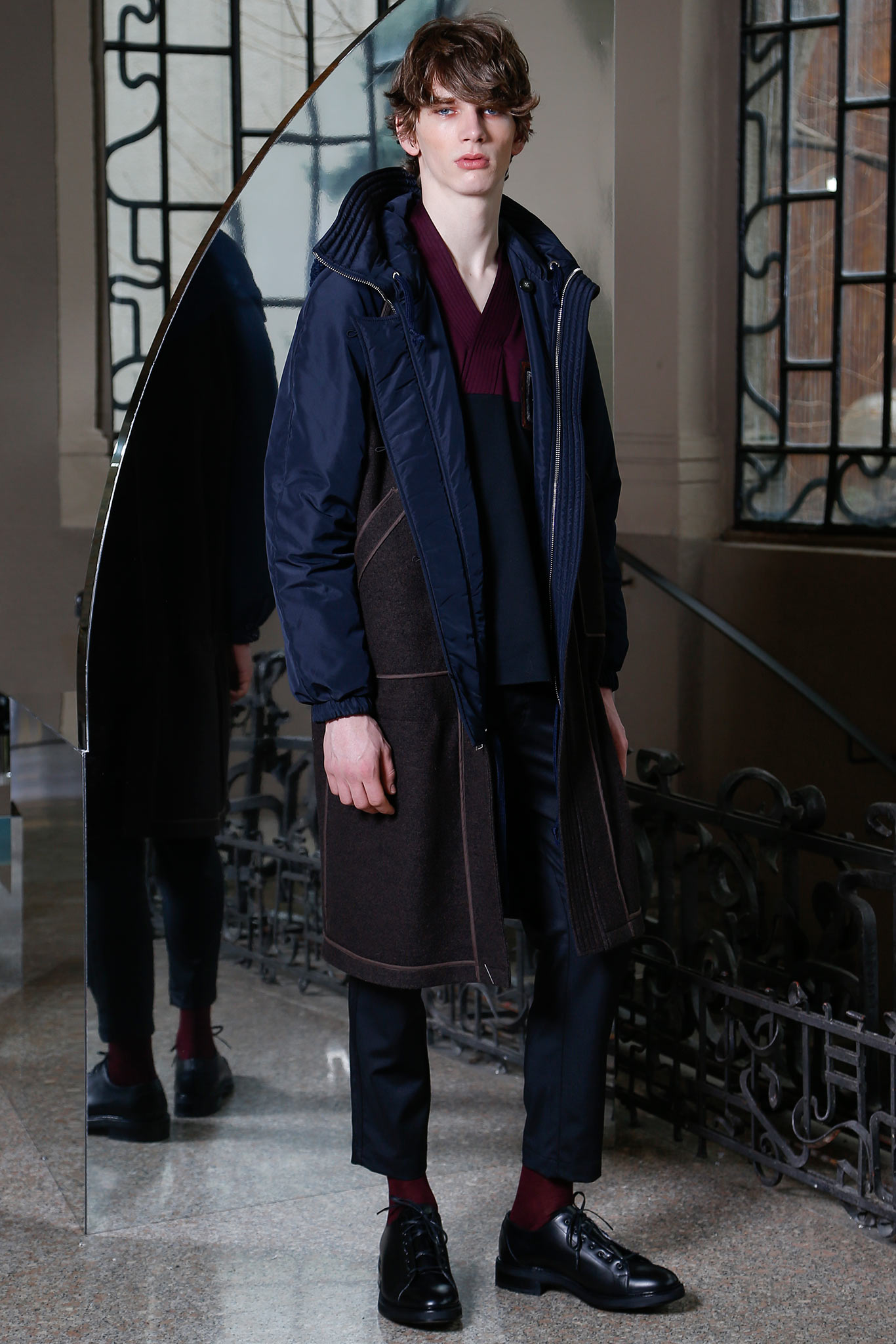 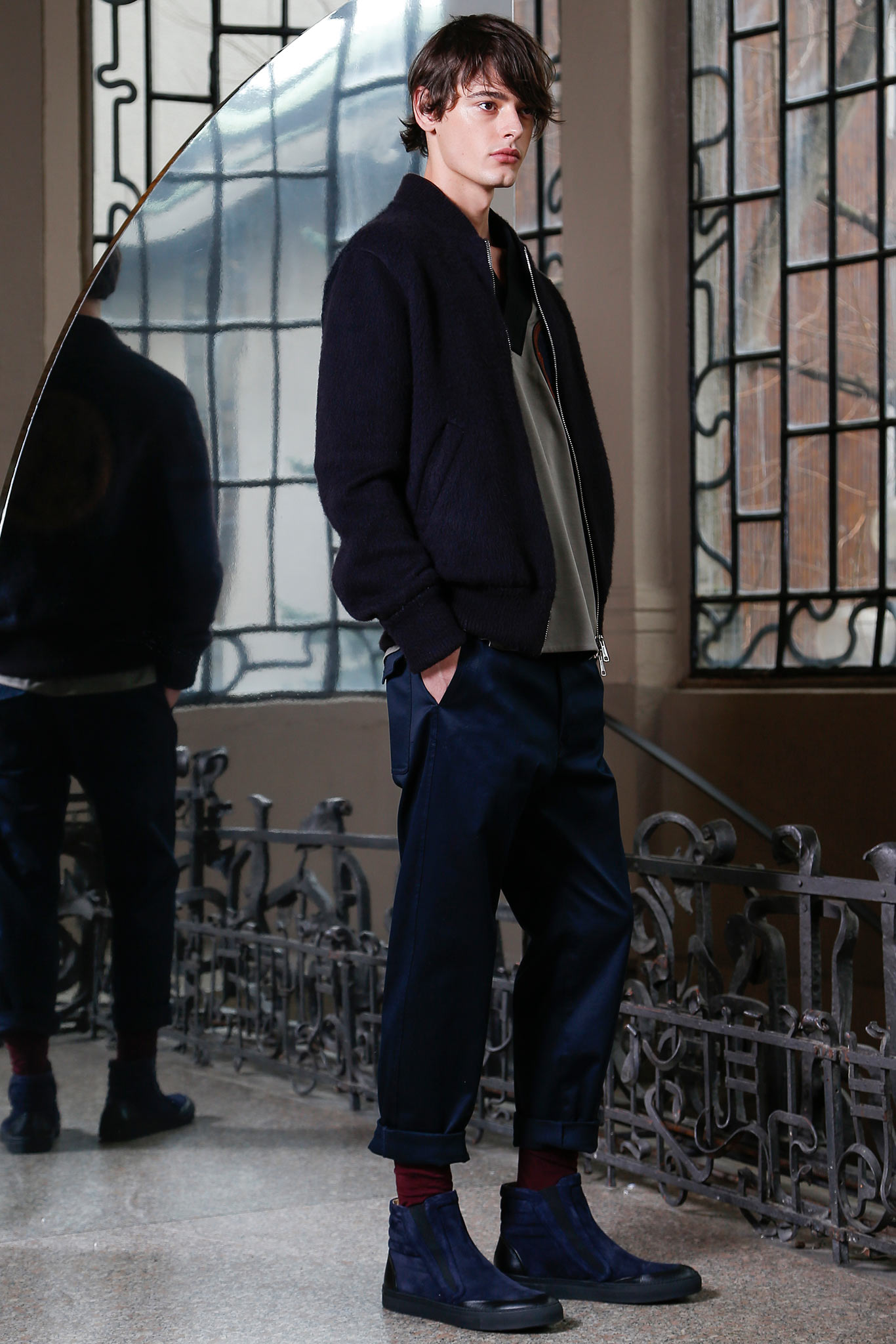