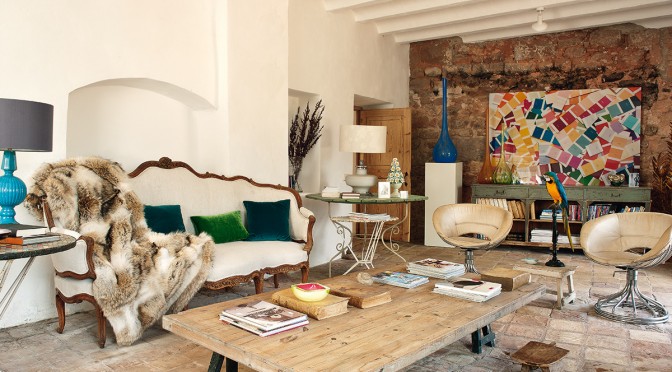 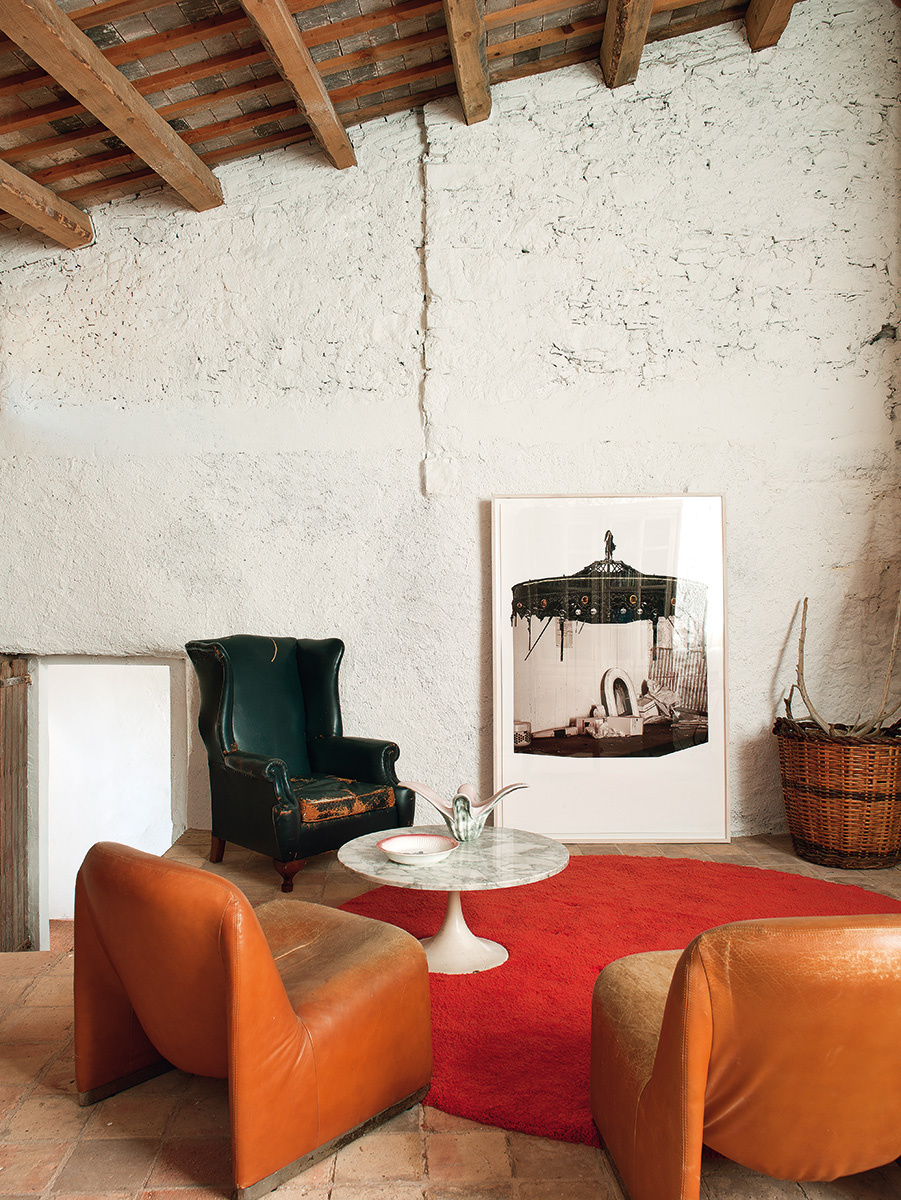 Catalan bric lover Carina Casanovas was looking for a vacation home and personal Interior Design style to show, isolated from the madding crowd but within easy reach to Barcelona.  She discovered closer than she thought, next to the Natural Park of Sant Llorenc del Munt, little known area within walking distance to Barcelona.

The house was a mess. “The entire exterior was surrounded by fences because for years the land was devoted to breeding dogs’-  she said – but loved the area and saw many possibilities, even though, at first glance, scared.”  She tried to recover as many elements of the old building as possible.  She tried to retain the structure and coatings that were in better shape, and recovered the covered arches. “What was not original, it was rebuilt in the traditional way.  The soil that I could not retain, I used polished concrete instead, and fabricated all new windows with black aluminum joinery because they were unusable “.  She did not hire any architect, she worked on everything. “I threw a wall of the living room and fully reform the kitchen, which was in ruins,” she adds. 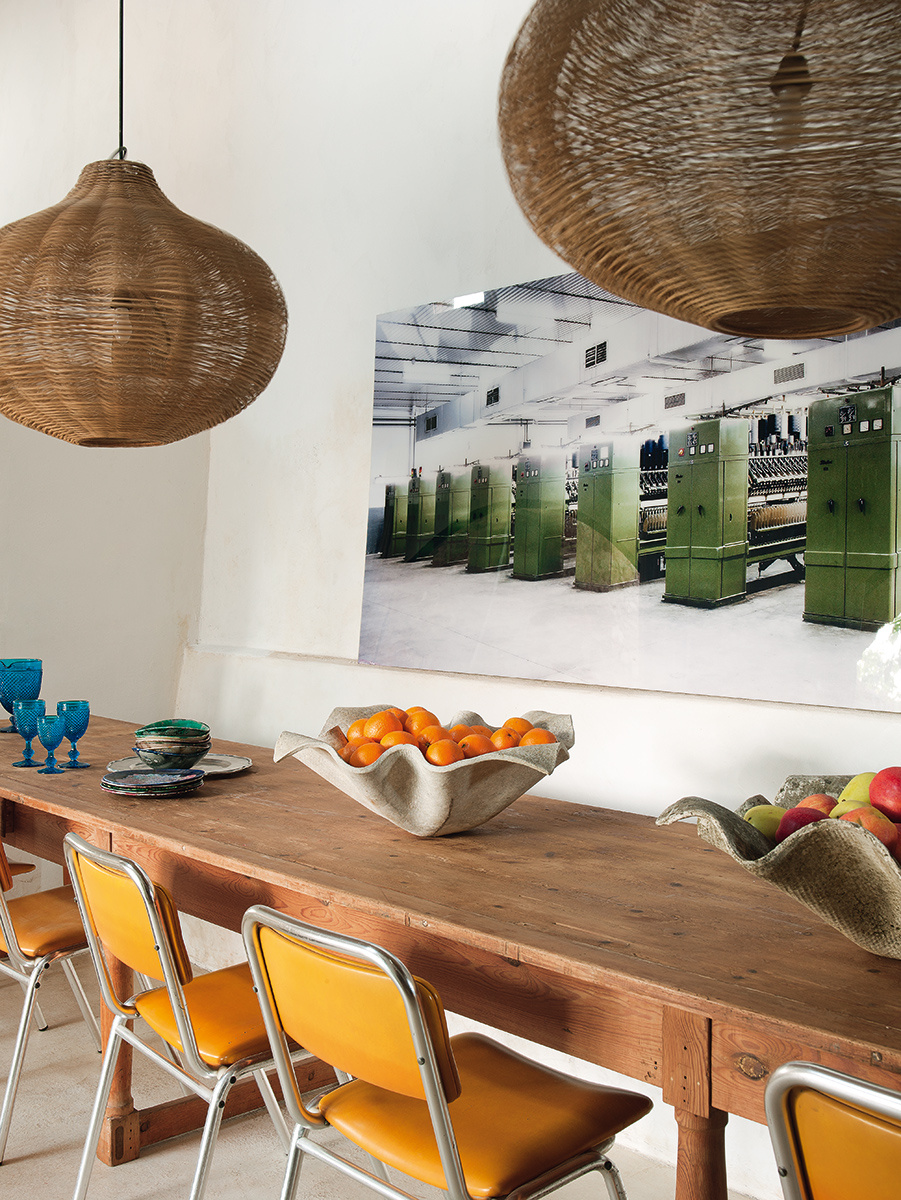 The decoration was about two.

“The interior designer Maria Lladó, who is a friend of mine, helped me to place the furniture and art pieces I chose in her showroom. In addition, for years I have sold in my store antiques to second homes, so I wanted to fit my pieces in my own home.  “We risk the color, though. Usually the farms are very dark and that is something that depresses me and I wanted to avoid that at all costs, so we designed as clean and open windows and project light with the colors of the pictures and furniture as possible, “she says. In addition, they opted for the mix without complex. “We put French garden furniture inside the house and contemporary art to establish a counterpoint to the classical structure of these rural buildings. We do not cut. We opted for a freestyle, no guidelines, “says antiquarian.

The result is a well installed a farmhouse in the XXI century hybrid and welcoming space, which does not give satisfaction.

“It is still not finished. It is a house to decorate life, which is something I enjoy a lot, “adds Carina. 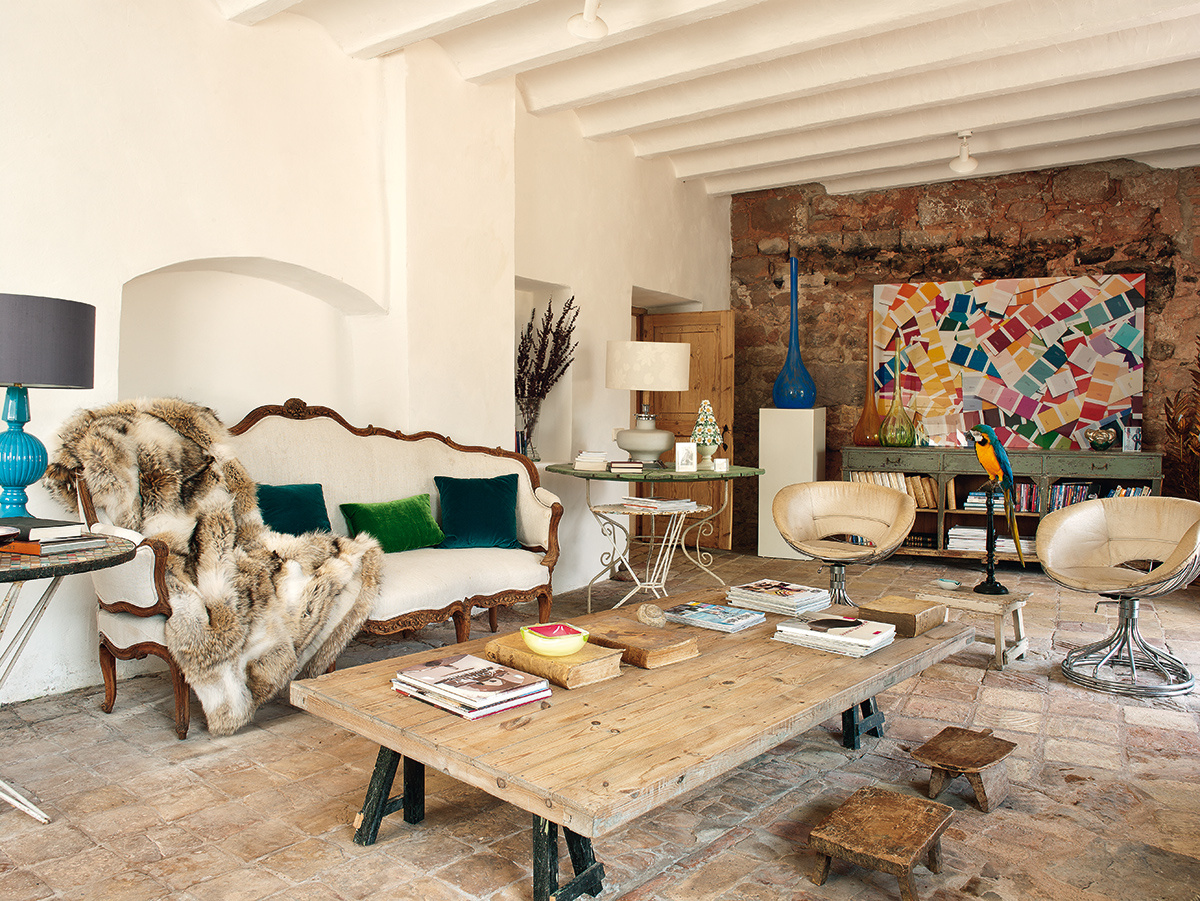 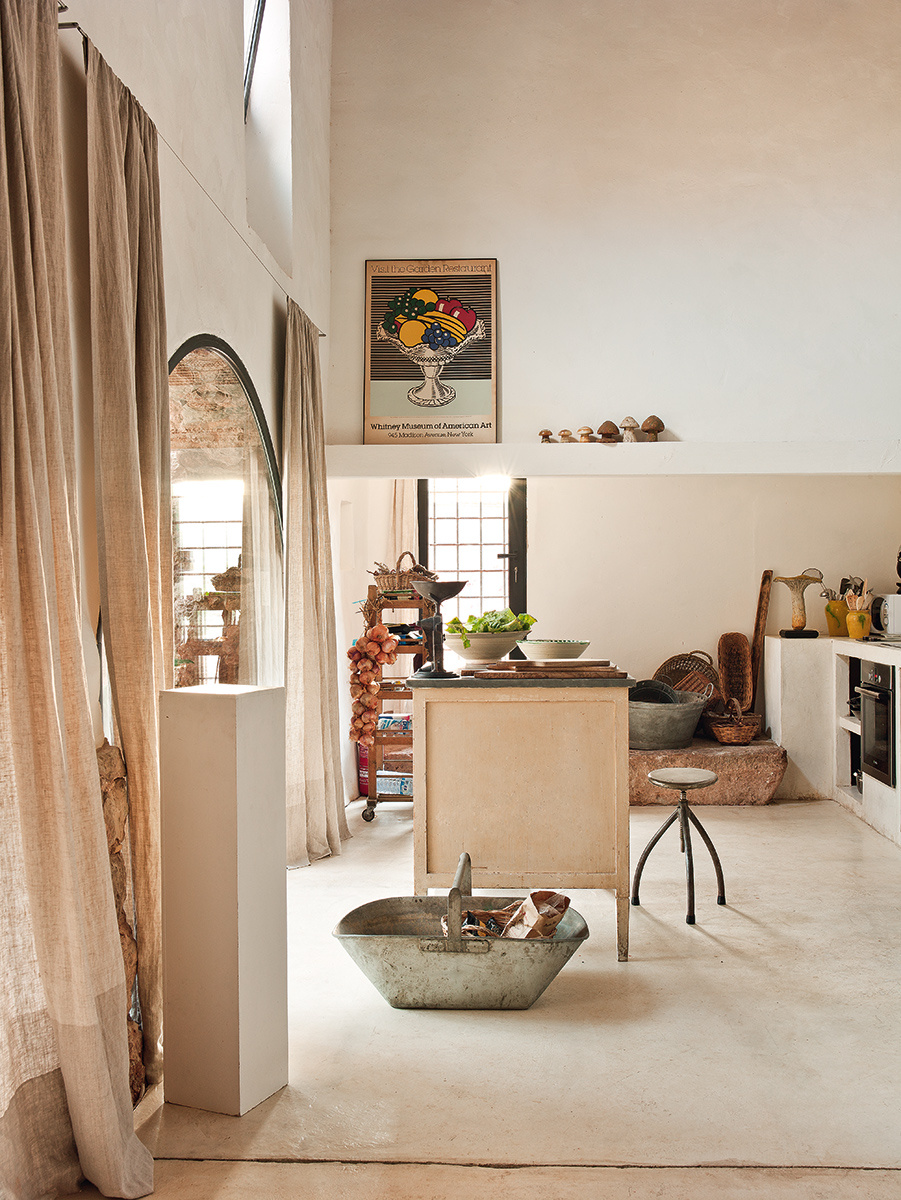 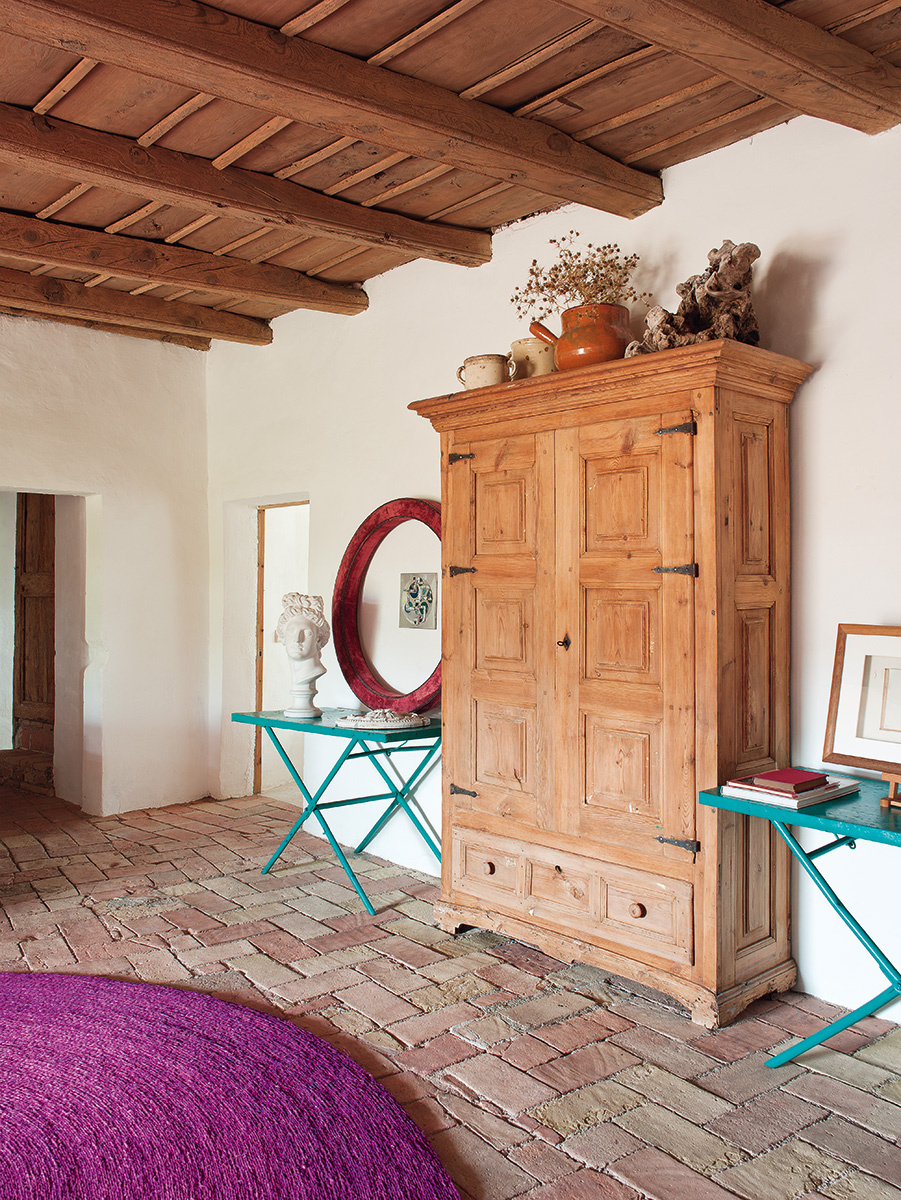 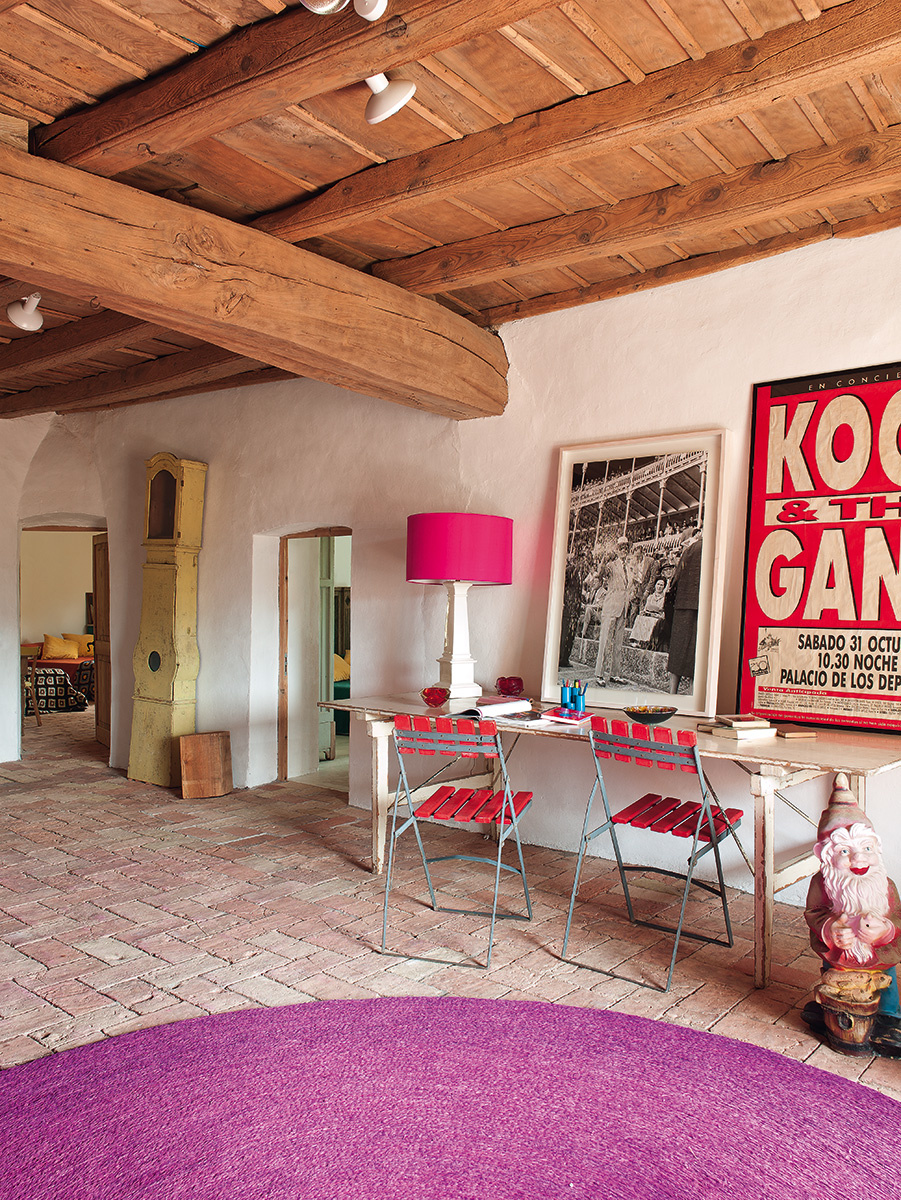 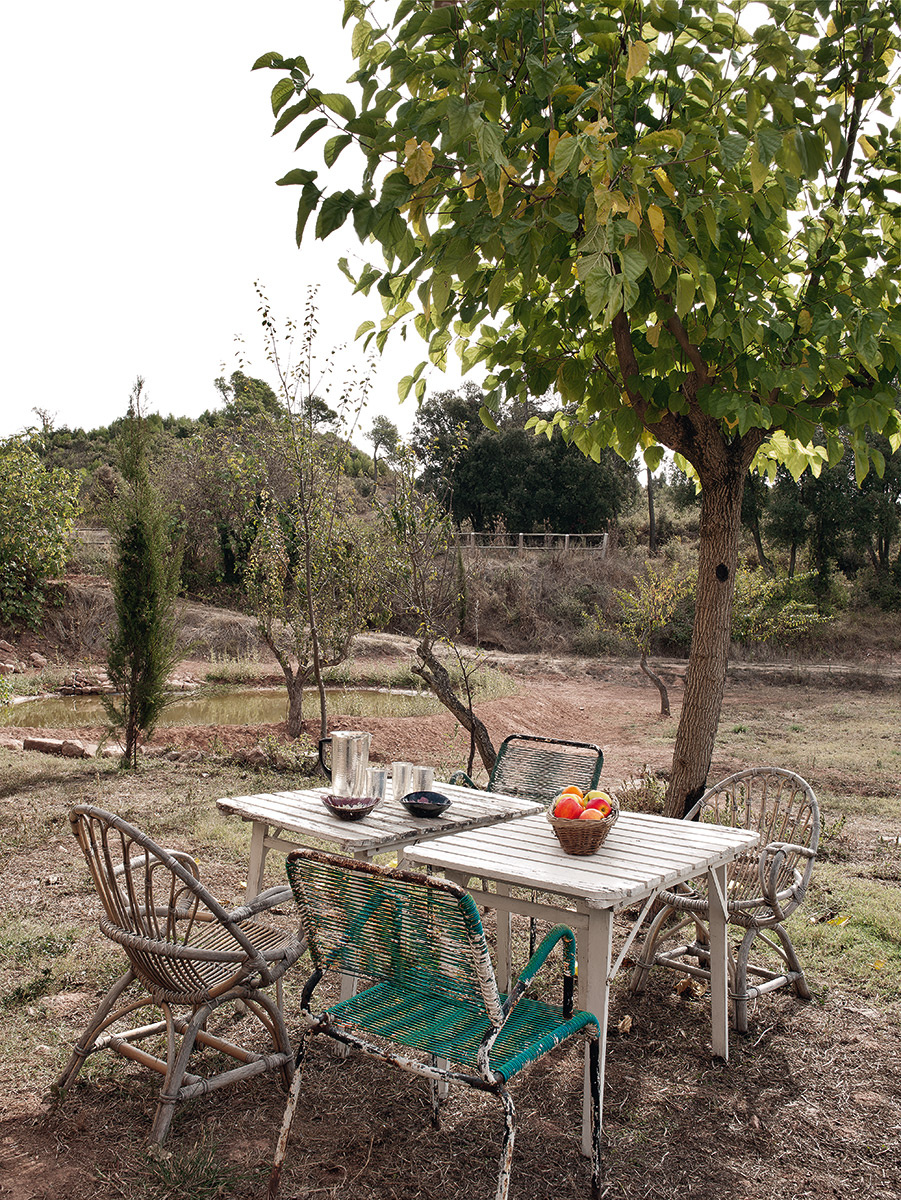 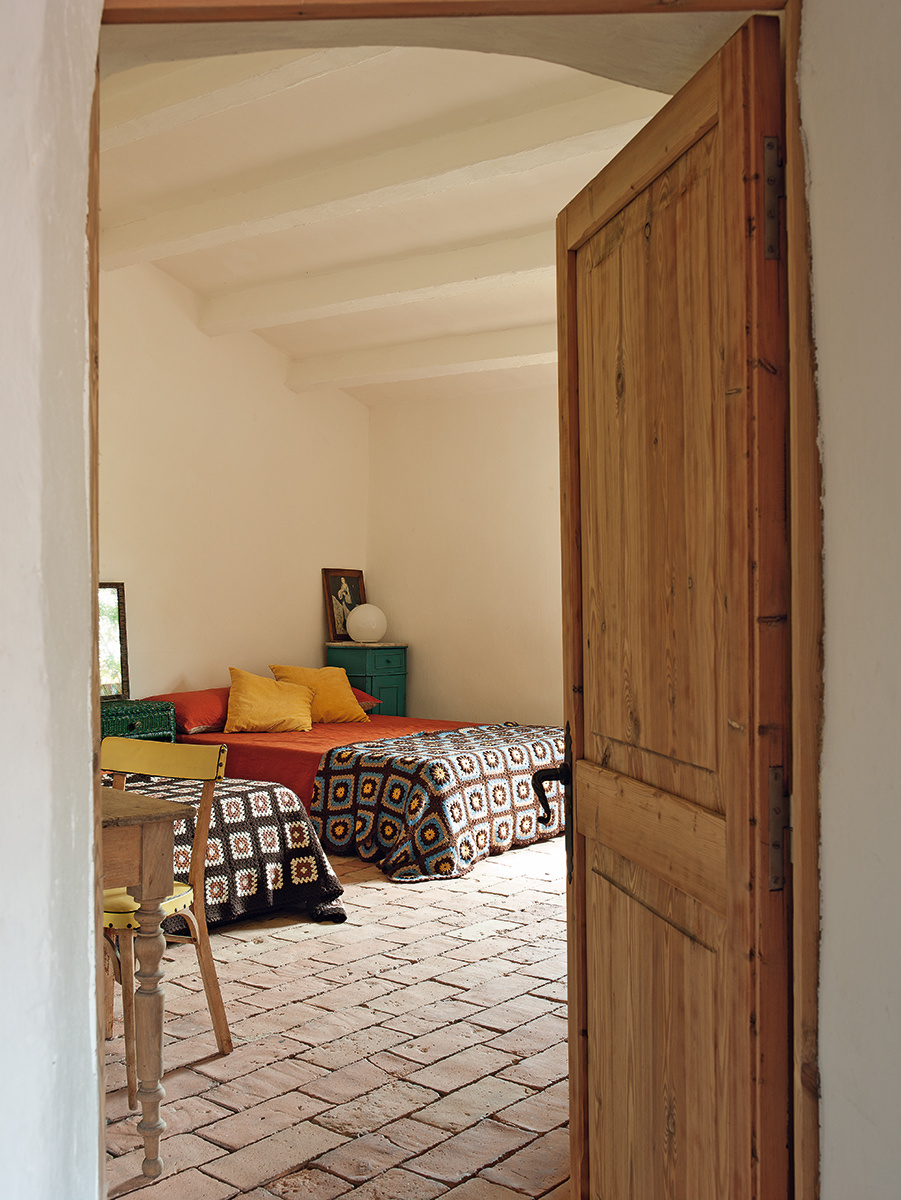 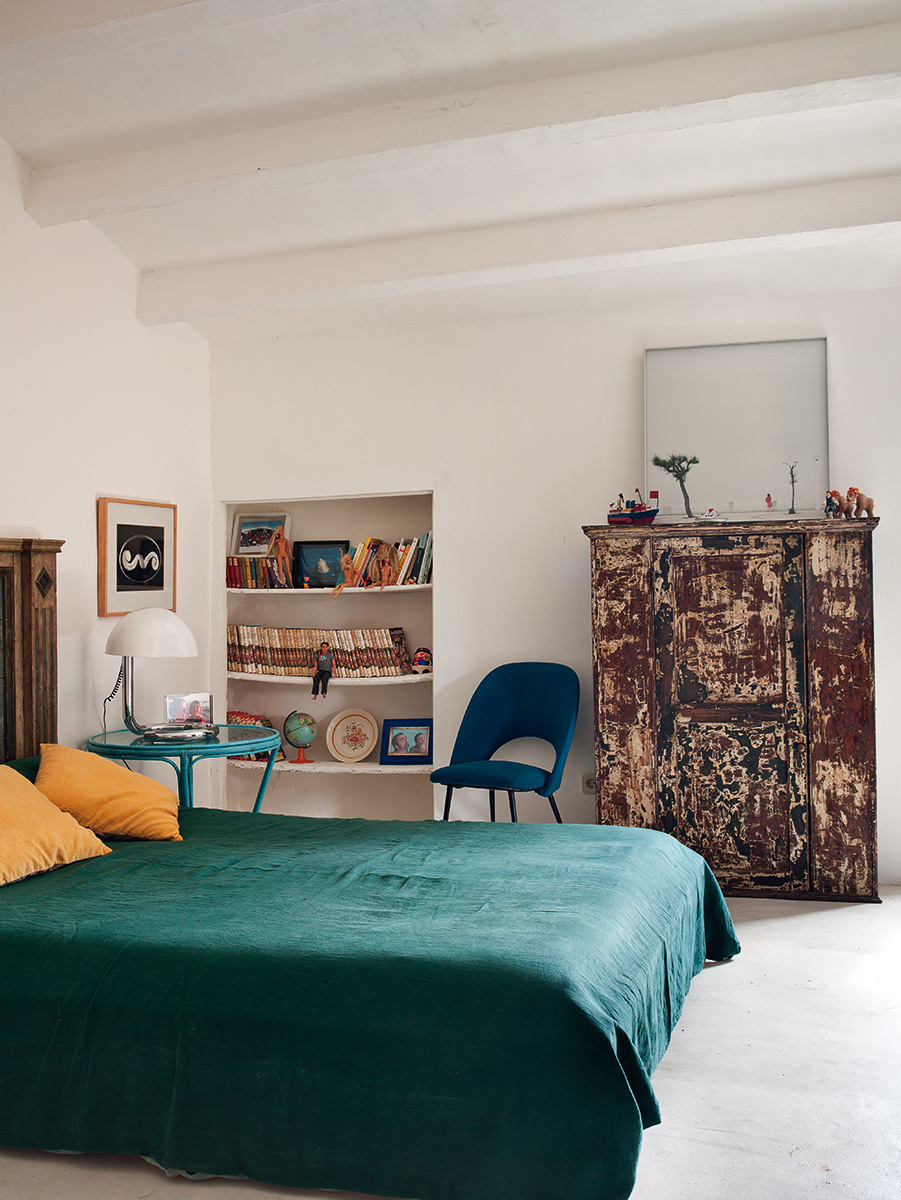 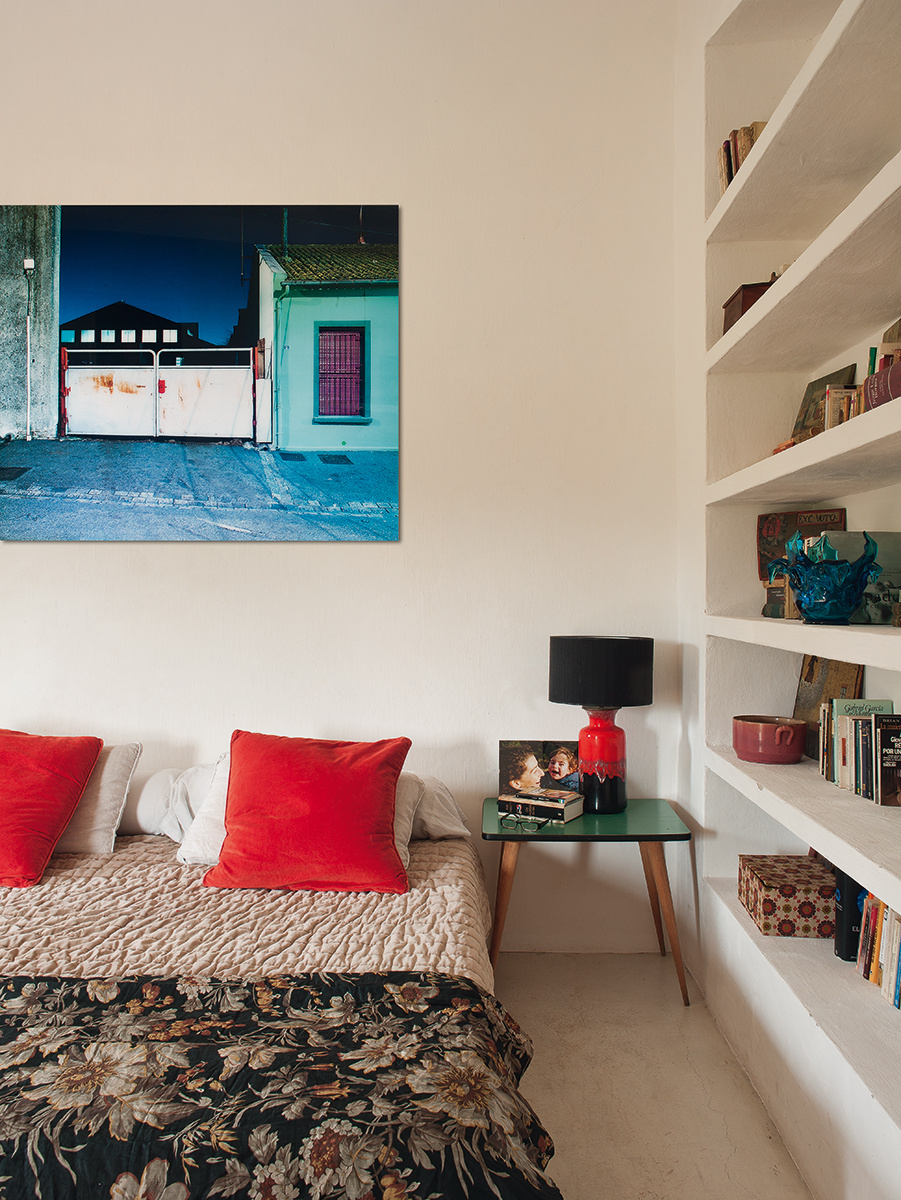 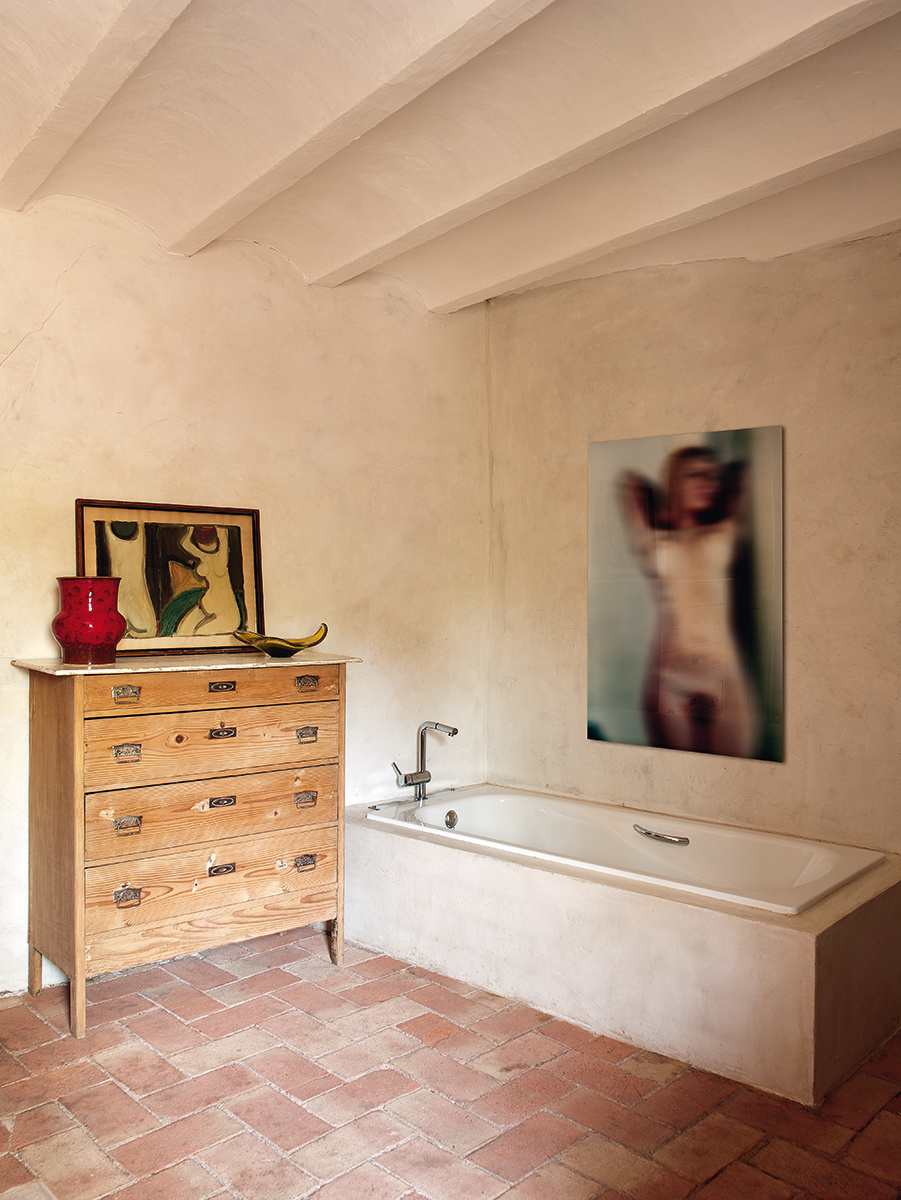