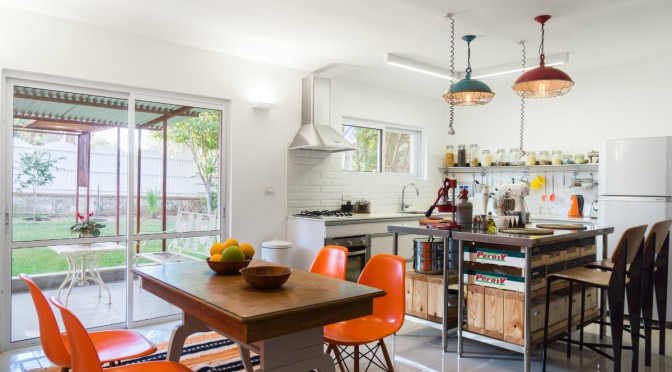 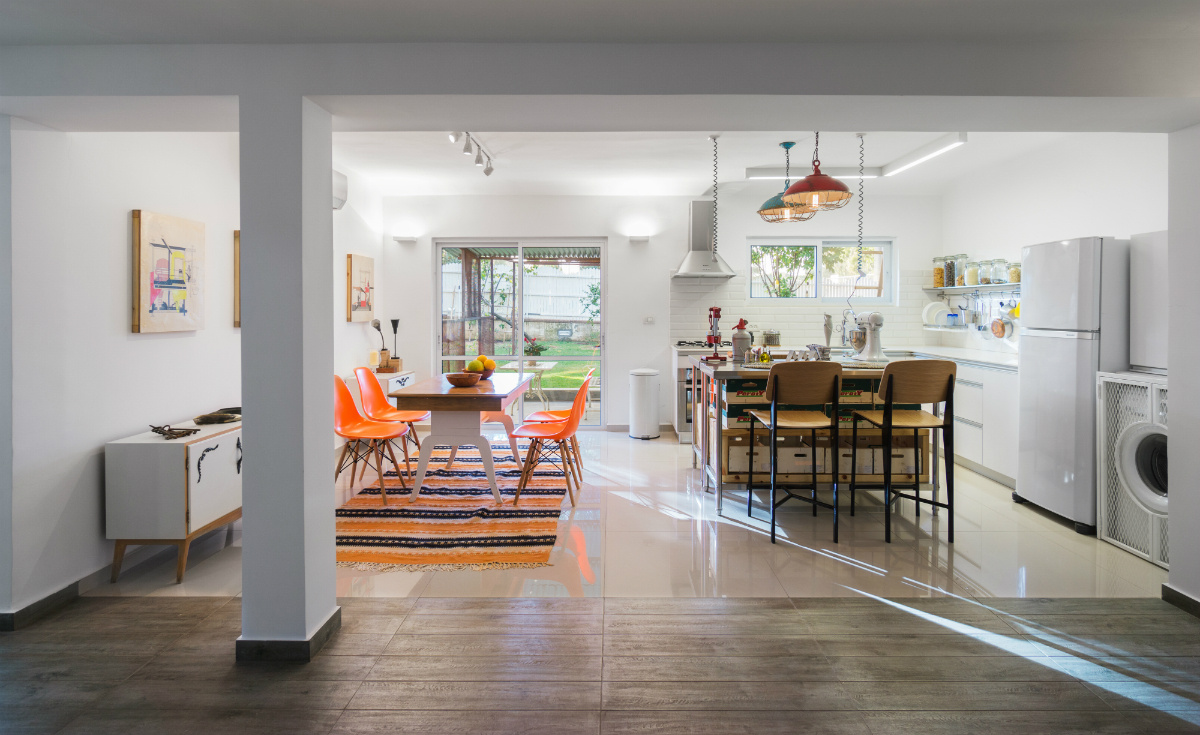 Having studied interior design, architectural engineering and contemporary music, Guy Rotem with its own studio in Israel usually take into account a range of references and disciplines when she conceives a new project. One of his strengths is that he knows how to build bridges between the conceptual world of art and functional world of design and architecture.

This house, built in 1951 for a Jewish family from Libya, it sets his talent. Initially, it was a small property, typical of what was being designed at this time. Over the years, it was expanded to fit the needs of the family that was growing. Today is the home of Guy Rotem and his partner, a chef and photographer. The house preserves many memories, because it belonged to the grandparents of the designer. 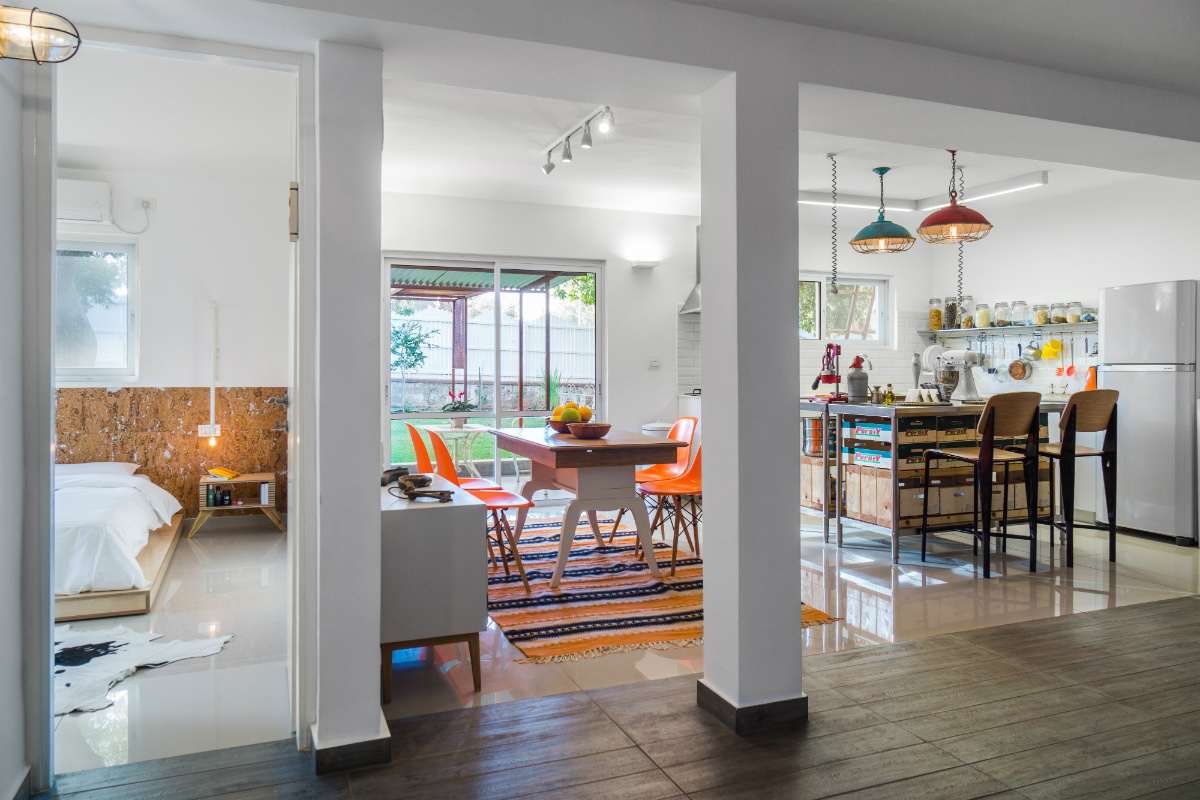 In the renewal process, several central features were preserved to respect the history of the place. At the same time, new ideas to match the tastes of the current owners were integrated.

The oldest part of the house consists of kitchen, dining room and bedroom, while the space in the entry was added later and is bounded by the gray tile floor, allowing you to create a visual separation.

In the part of the house which have the living room, exposed wooden beams were preserved home. Many pieces of furniture were recovered, as for example the old wooden shelves and other contrachapada- were designed by Guy Rotem. In the dining room, was given a new, more modern buffets both dating back to the 70s look The table was also renewed and combined with the Eames chairs whose orange highlights. This hue echoes the carpet 50 hand-woven by women in Libya. 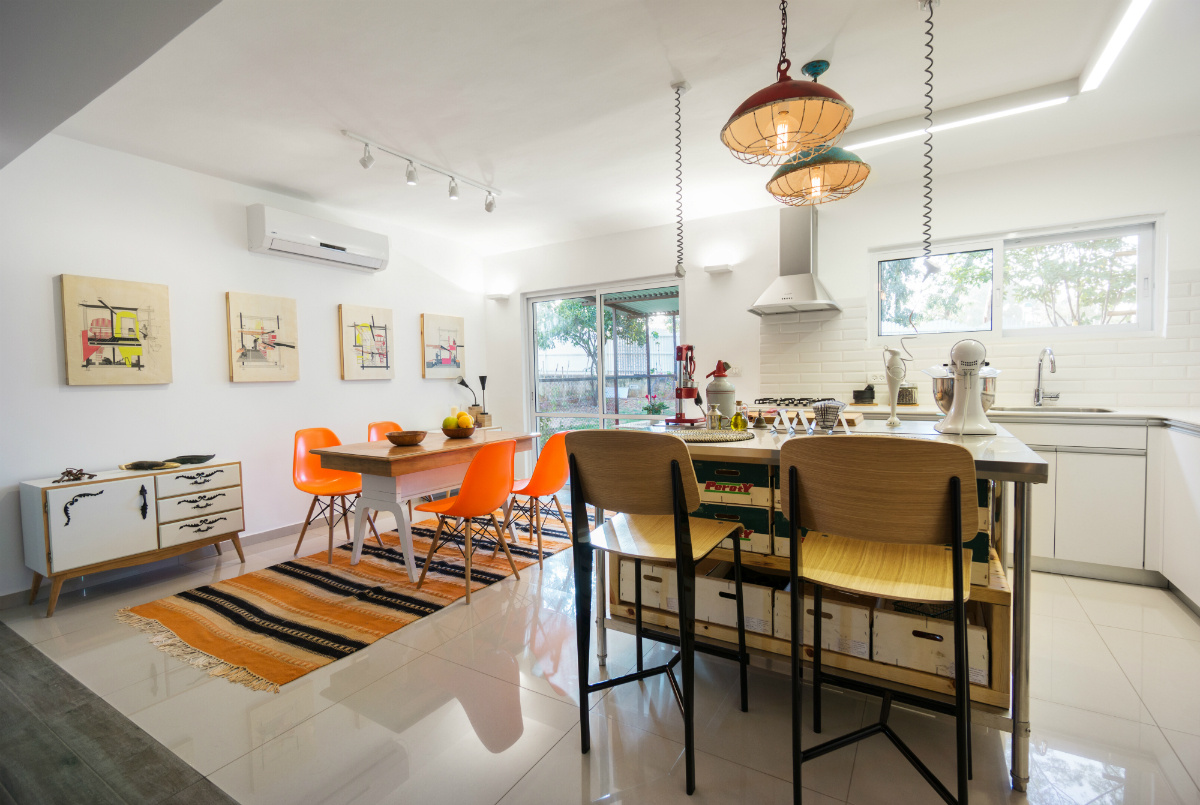 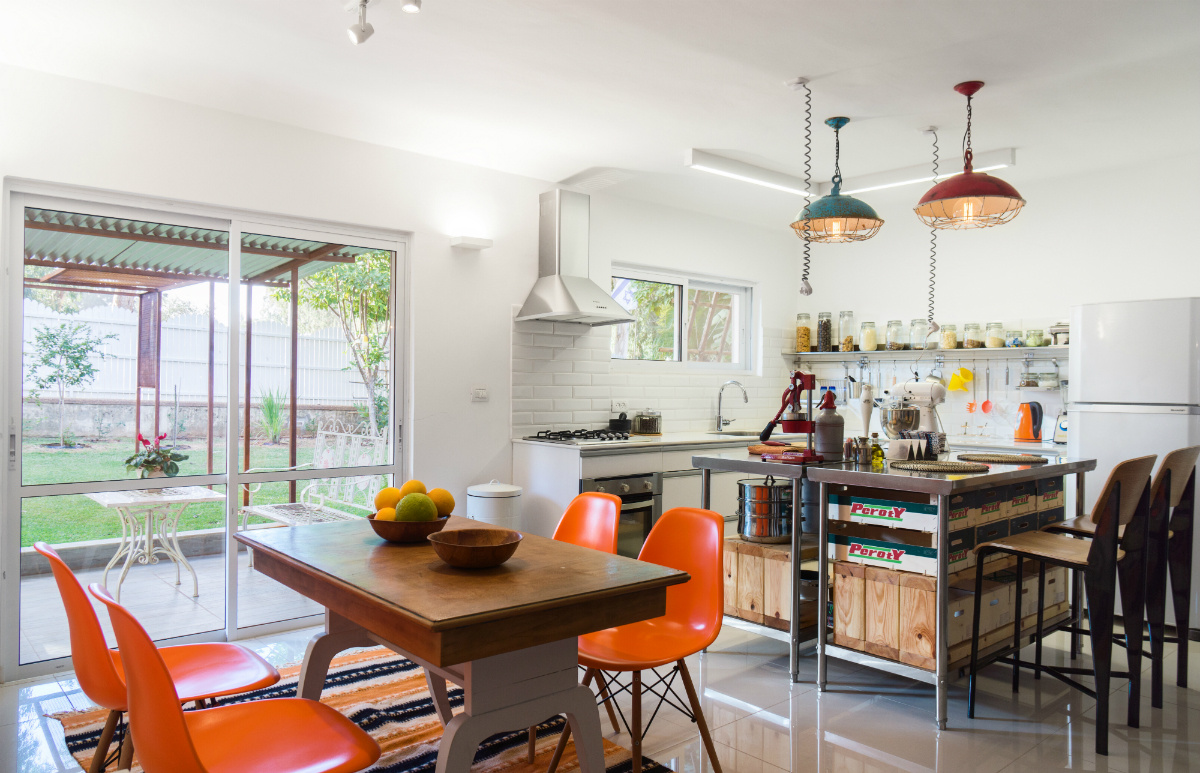 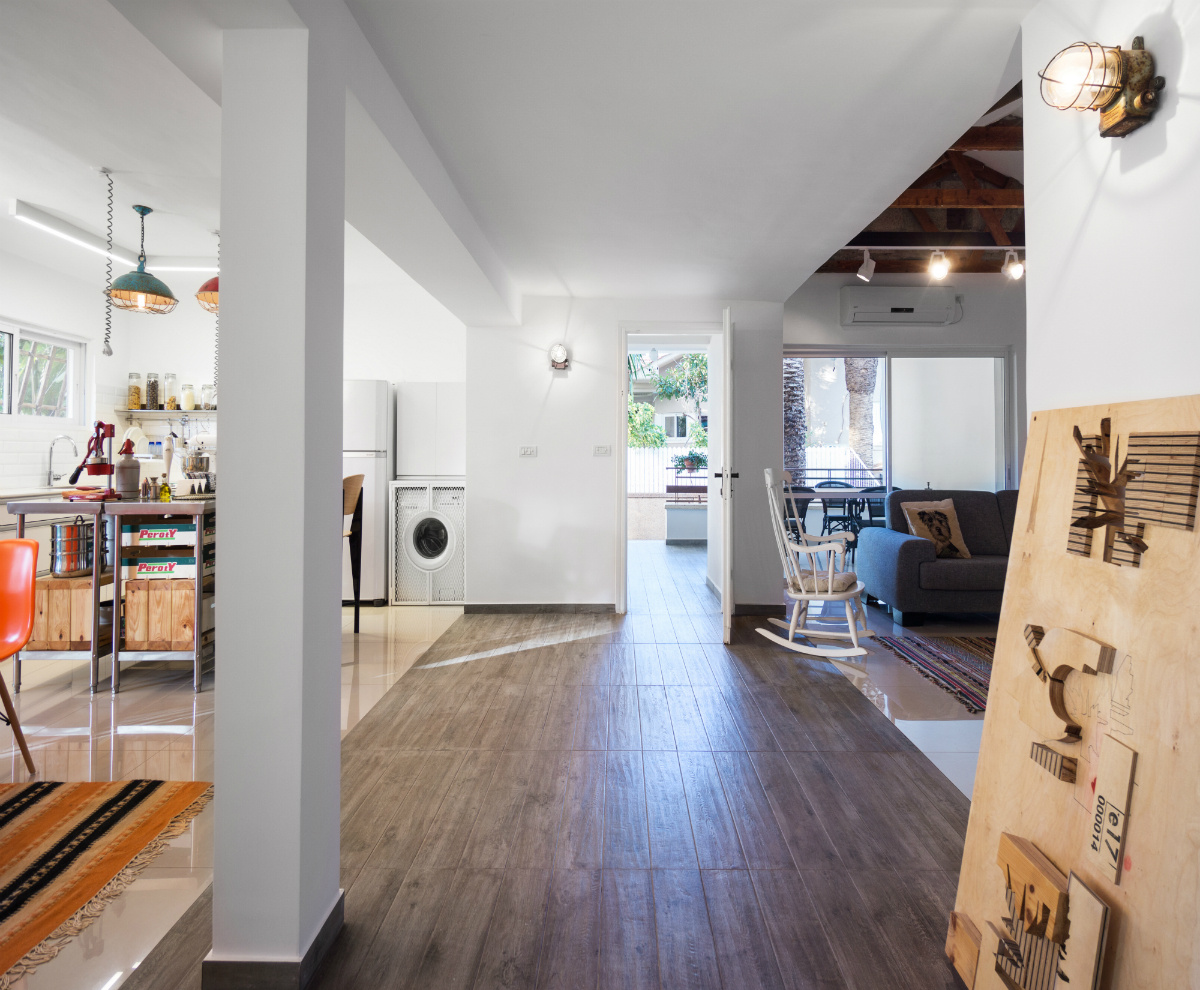 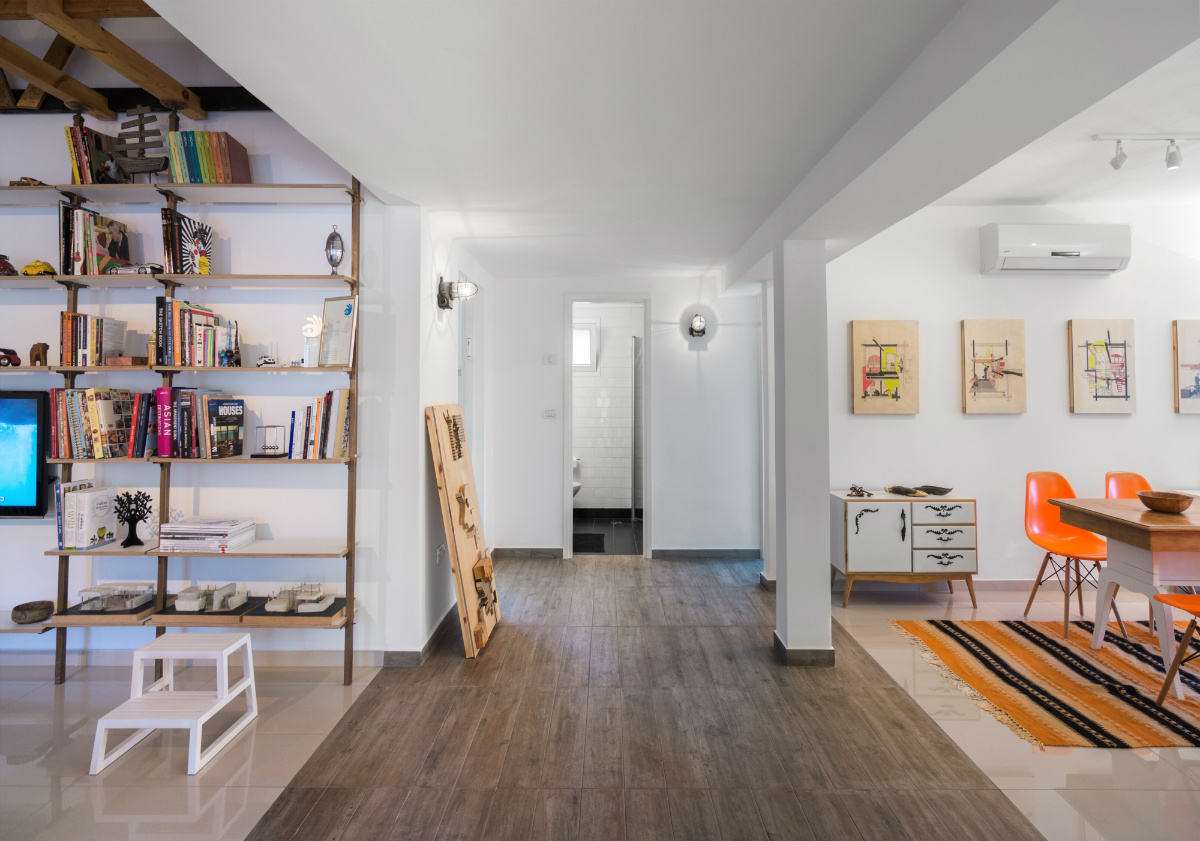 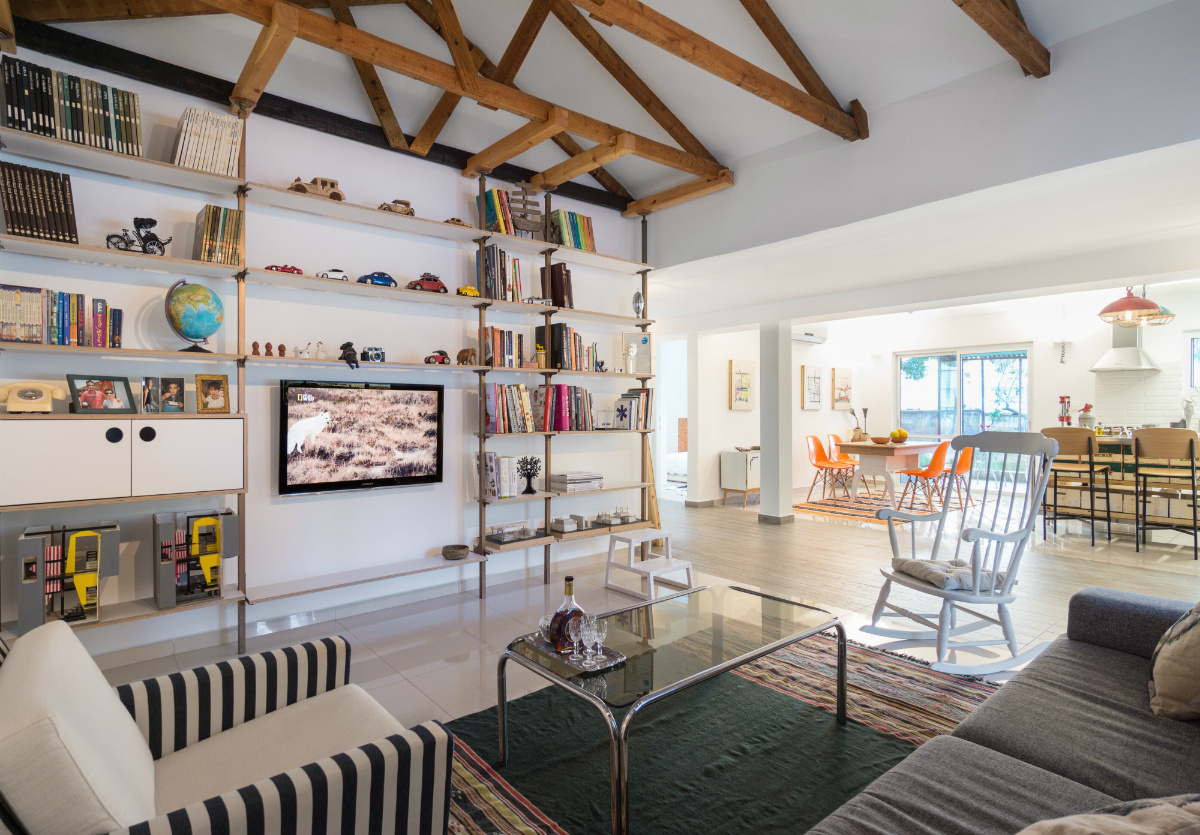 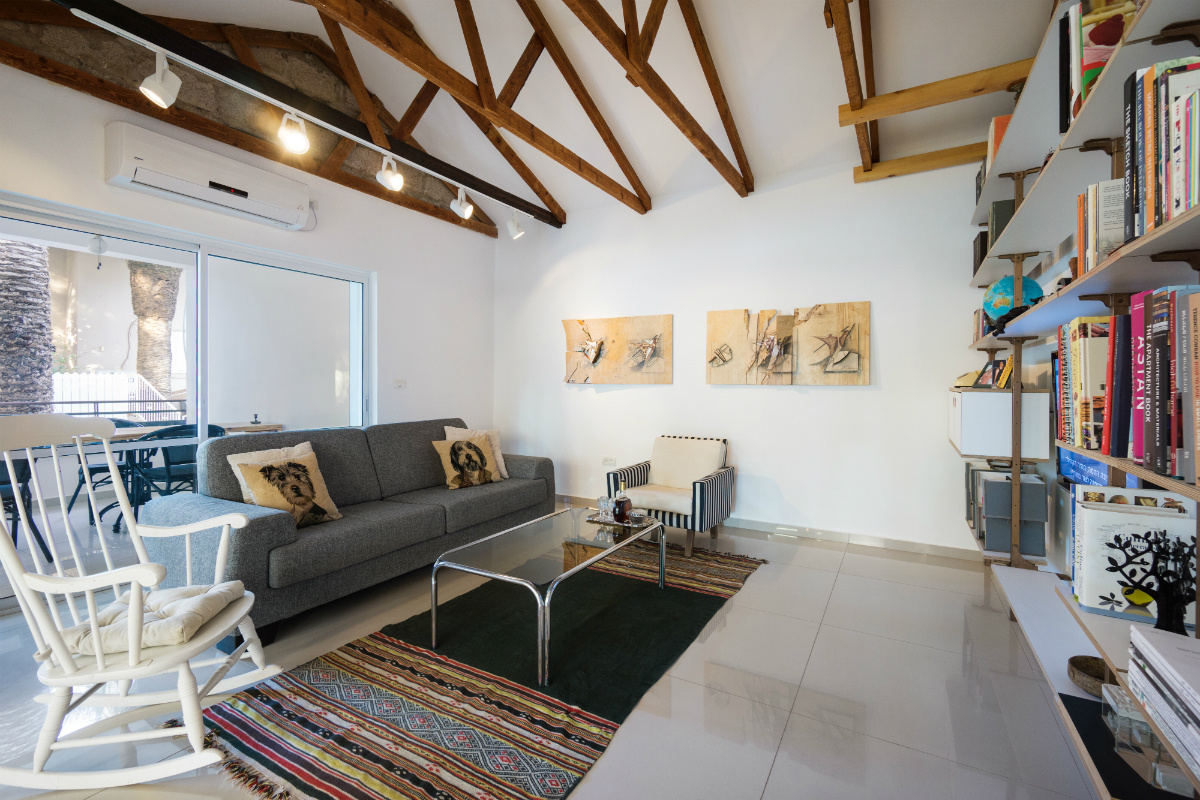 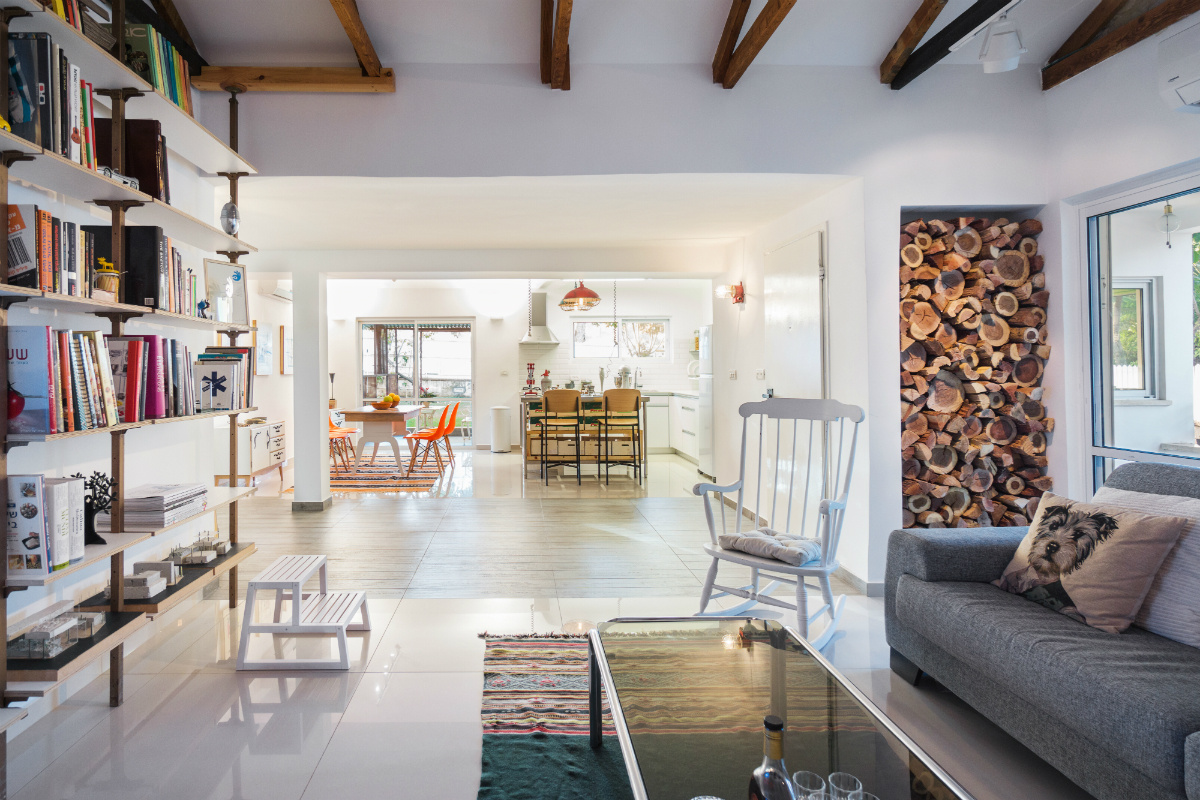 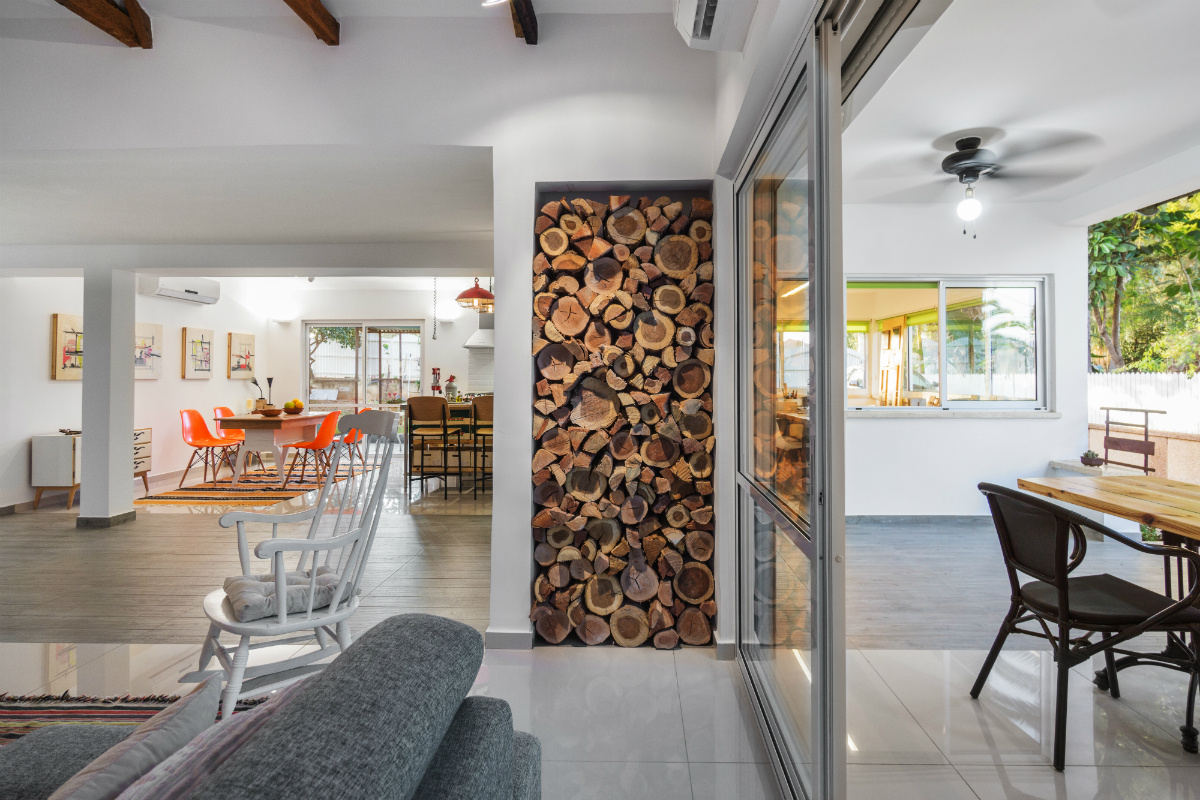 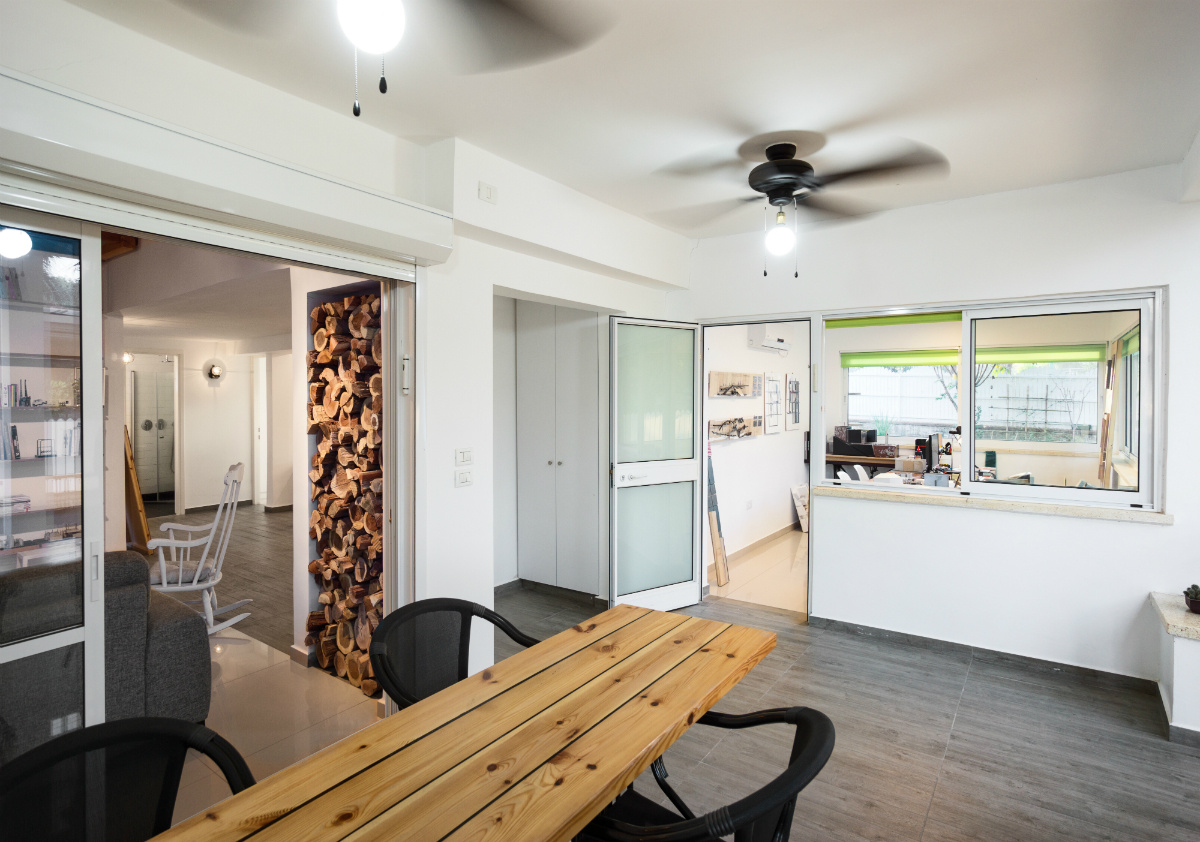 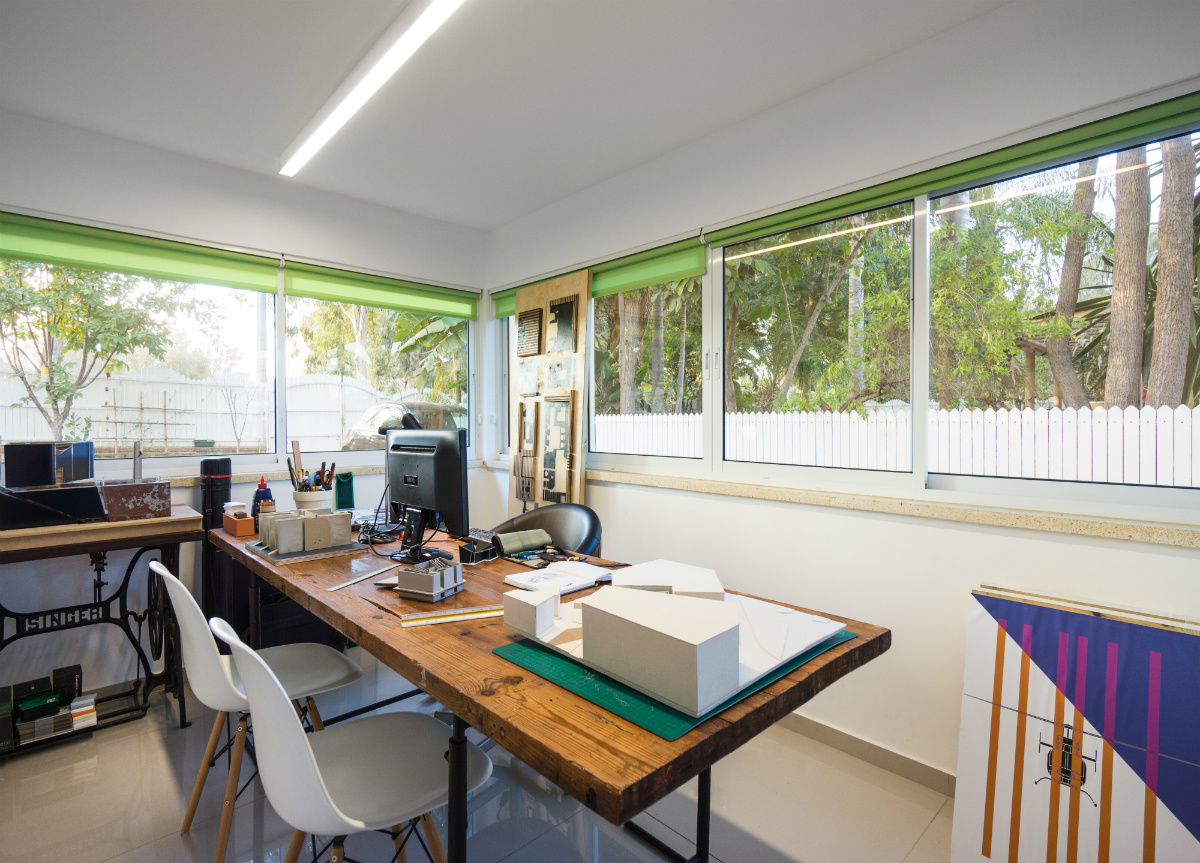 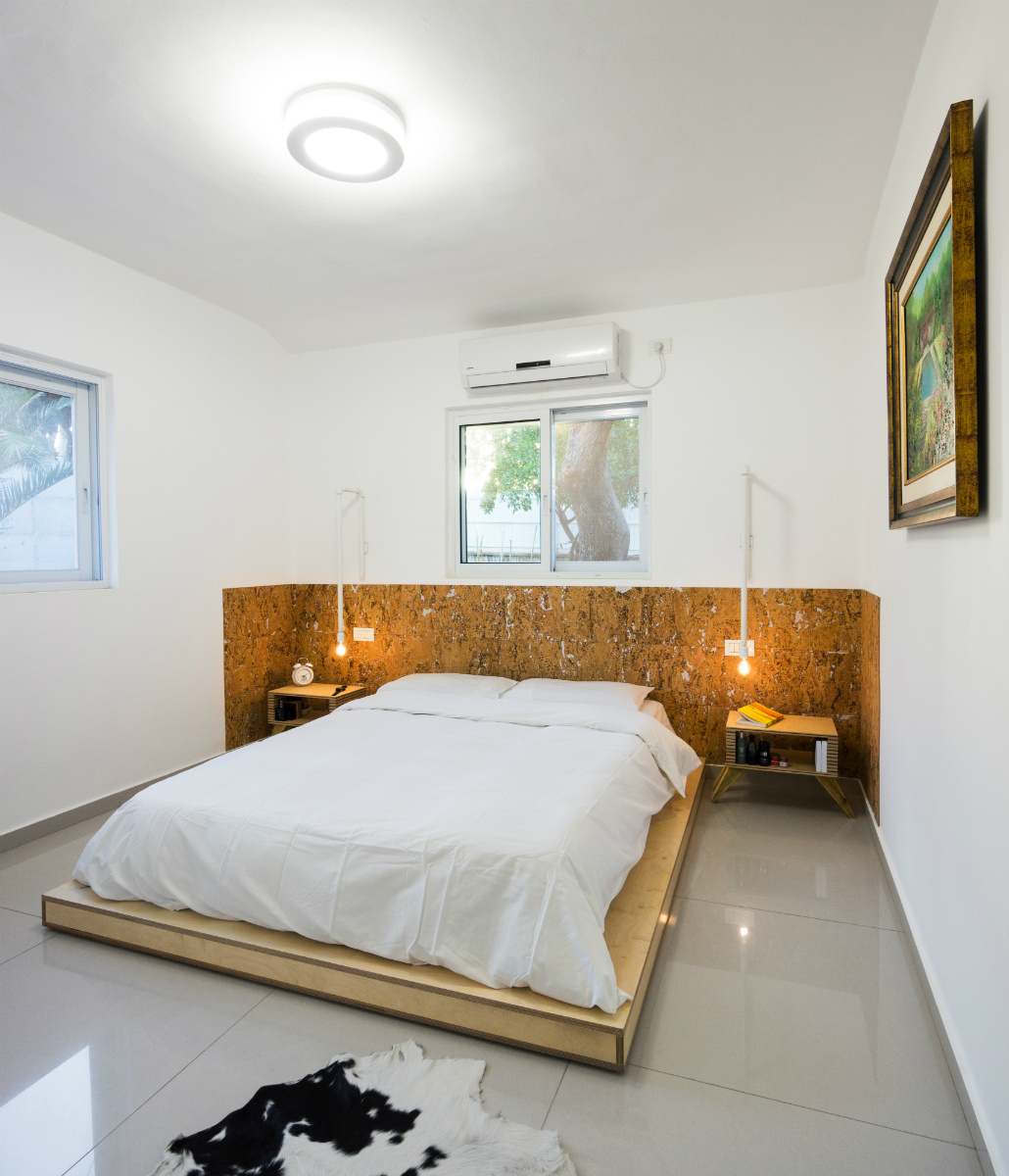 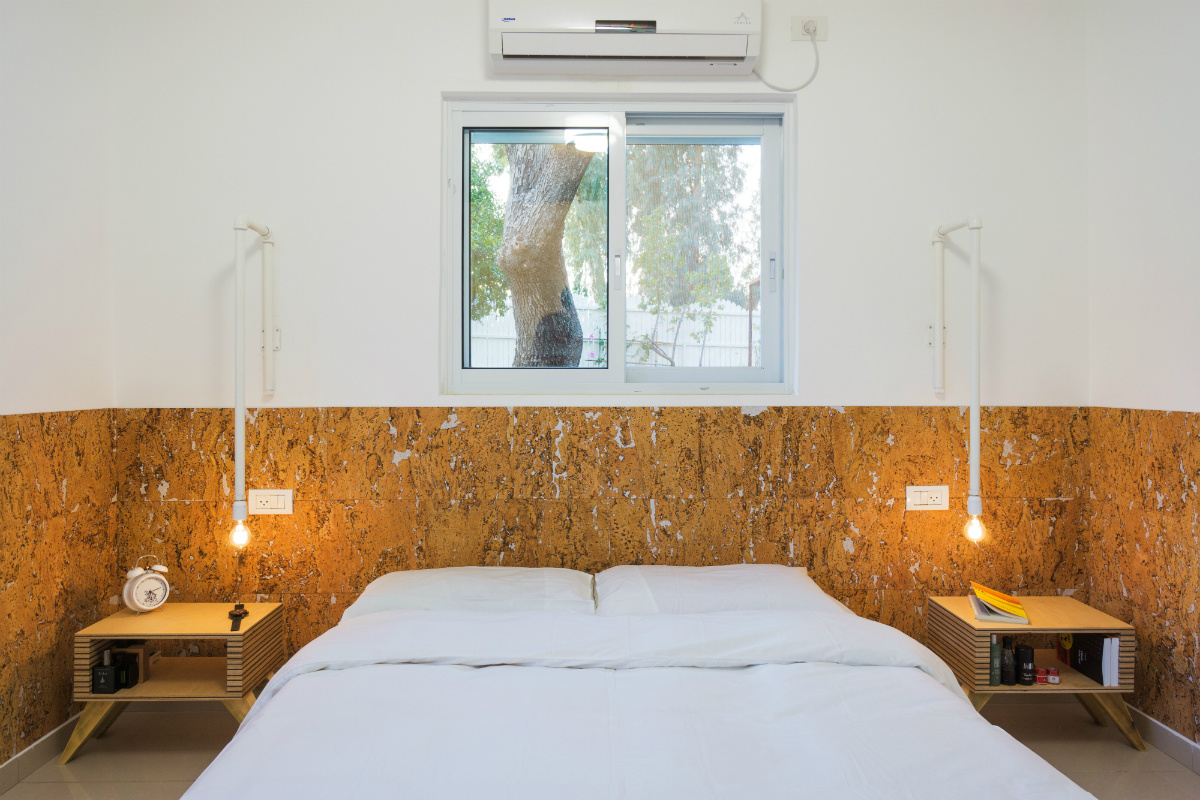 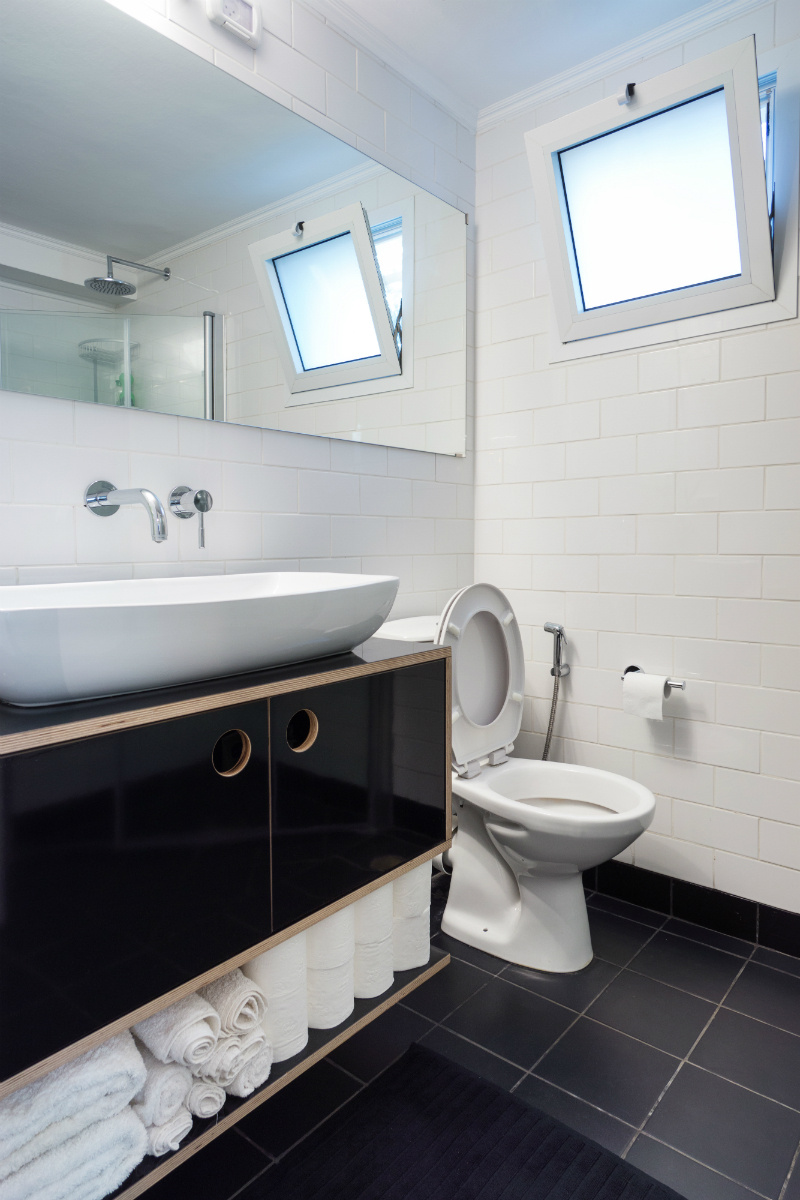