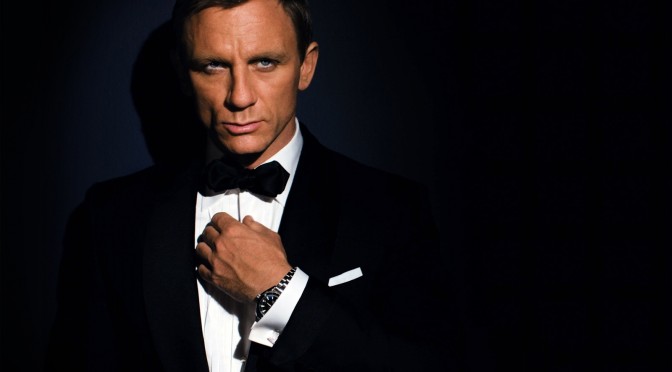 JAMES BOND HAVE A RELEASE DATE: Get all the info about CAST, TEASER TRAILER & RUMORS. WHO IS JOINING CAST THIS TIME TO THE MOVIE FRANCHISE? THE BAD ONE?

After a number of months with news on the James Bond 24 sequel, Sony has finally announced when the movie will start shooting and who will join the new cast.

The film is highly anticipated, especially since “Skyfall” was such a huge hit and it became the highest grossing Bond movie in the franchise.

So who will be in the upcoming film and what do we know up to this point?

Producers Michael G. Wilson and Barbara Broccoli, EON Productions; Gary Barber, Chairman & CEO, Metro-Goldwyn-Mayer; Michael Lynton, CEO, Sony Entertainment, Inc, and Amy Pascal, Co-Chairman of Sony Pictures Entertainment today announced that Daniel Craig will once again return as the legendary British secret agent in the 24th James Bond film and Sam Mendes will also return to direct the screenplay written by John Logan. The film is set for release in the UK on October 23, 2015 and in the US on November 6, 2015.

Ralph Fiennes will reprise the role of M and essentially take over Judi Dench’s M, who died in “Skyfall.” Fiennes recently starred in “The Grand Budapest Hotel” and is set to star in theCoen Brother’s latest film “Hail, Cesar!.”

SKYFALL the 23rd James Bond film, took in $1.1 billion worldwide and set a new mark as the highest-grossing film of all time in the UK; it was the best-selling Bond film on DVD/Blu-ray and was the most critically acclaimed film in the history of the longest-running film franchise.

Commenting on the announcement, Wilson and Broccoli said, “Following the extraordinary success of SKYFALL, we’re really excited to be working once again with Daniel Craig, Sam Mendes and John Logan.”

“I am very pleased that by giving me the time I need to honour all my theatre commitments, the producers have made it possible for me to direct Bond 24. I very much look forward to taking up the reins again, and to working with Daniel Craig, Michael G. Wilson and Barbara Broccoli for a second time,” said Mendes.

Barber added, “We are thrilled to reunite the extraordinary talents of director Sam Mendes with our star Daniel Craig for the next great Bond adventure.” He added, “As evidenced by the phenomenal success of our last collaboration with EON Productions and Sony, the incredible legacy of this 51-year-old franchise continues to amaze.”