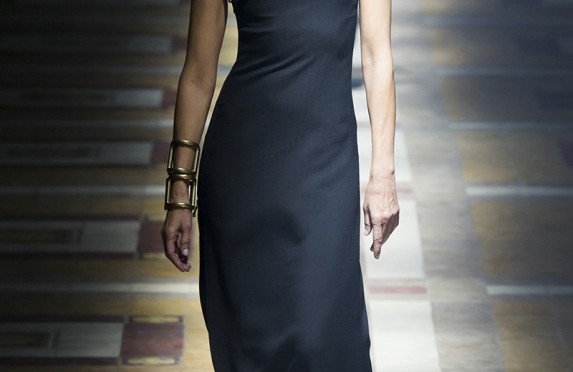 PARIS – A journey into the world of Alber Elbaz and the archives of Jeanne Lanvin to celebrate women, mothers, daughters, as reflected by the Fashion House’s cast and logo.

Alber Elbaz thus masterminds collection full of references as rich as they are plentiful.

Edie Campbell’s blonde thatch, Kirsten Owens’s mesmeric walk, Amber Valletta’s dramatic undercut. It’s no disrespect to Alber Elbaz that the individuality of the women in his show is what shines out so noticeably from his runway for the house of Lanvin. Au contraire, it’s a mark of his generous nature that he goes out of his way to frame his fashion as inclusive of so many variegated characters and ages. During part of the show, they were walking to the tune of “Dancing in the Streets” by Martha and the Vandellas as they sang, “It doesn’t matter what you wear, just as long as you are there.”