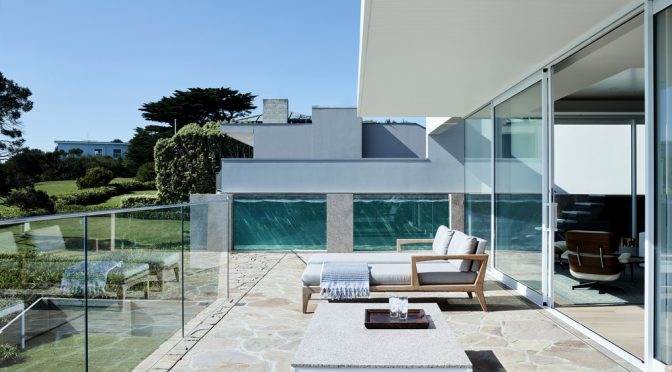 The sky and the infinity of the ocean are the backdrop to this house built in the 80s on the edge of a cliff south of Melbourne. David Hicks has recovered and reformed it to make it magical. 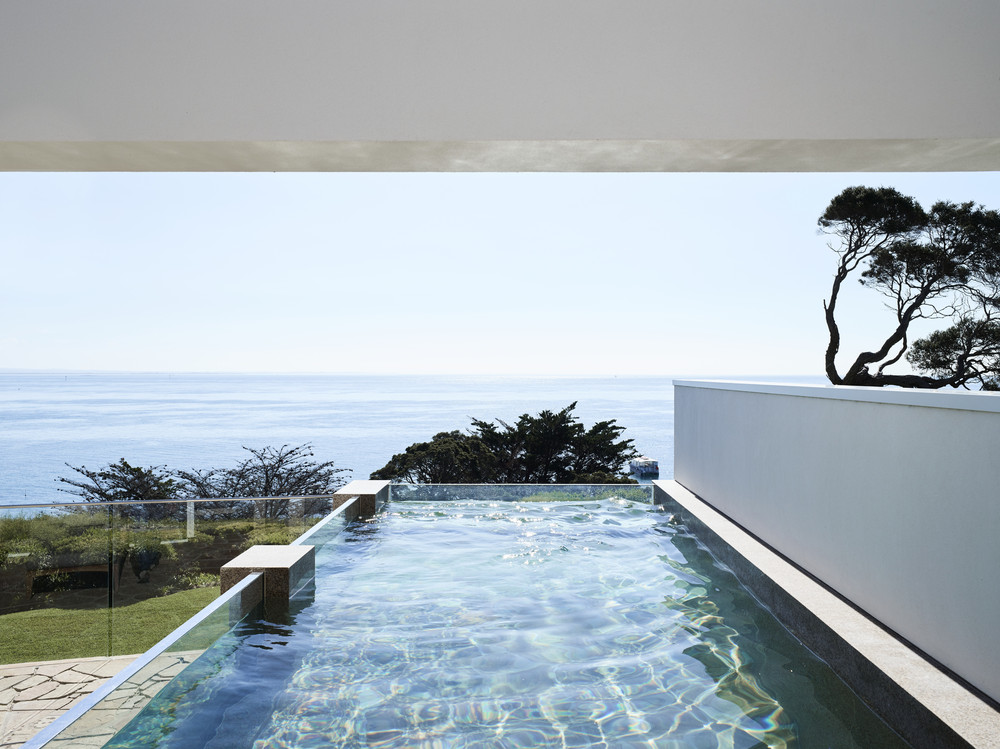 This house of the early 80’s located in Portsea, next to a cliff south of Melbourne is a statement of intent, is the creed of its author, David Hicks. The interior designer and architect was born in Australia and grew up in Malaysia before returning to study in his country and launching his studio in Melbourne in 200. For him, architecture is as important as interior design and decoration. The space, the forms, the materials, the finishes and the furniture must be merged to create a harmonious whole.

The owners had already trusted David Hicks for his home in Melbourne. In this project, we tried to renovate and expand the house, with wonderful views of the ocean. In case of a complete demolition, the new regulations would not have allowed to reconstruct in the same part of this exceptional terrain reason why Hicks and his team had to be very careful. It was decided to keep the ground floor, the two front walls and the garage, and demolish all the rest. 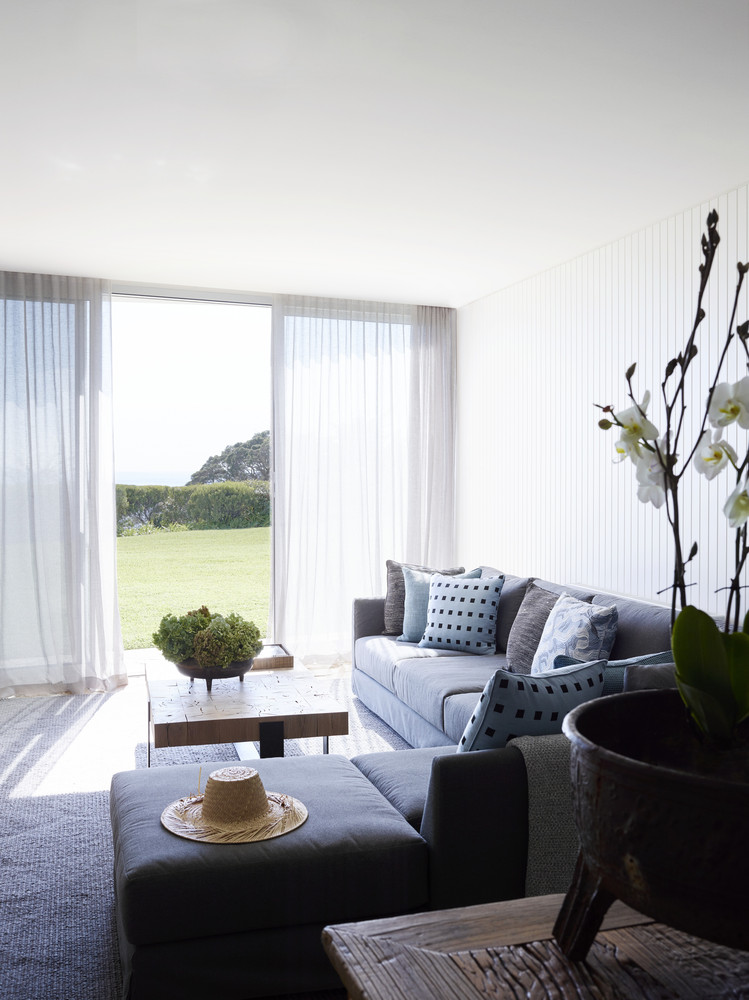 It was essential to take into account the climatic conditions for the selection of external materials since being close to the ocean, the house is exposed to natural elements such as wind and sea water. Hicks also took care of the finishes and materials in the interior spaces, where the owners receive many guests frequently. In the kitchen, the oak stools were customized. In the dining room, where the majestic views can be seen through the floor-to-ceiling windows, a Lindsey Adelman suspension lamp that gives off a sense of lightness is combined with an oak table and chairs by Hans J. Wegner. In the living room, blue chairs from the 40s bought at Nicholas & Alistair, white sofas, two famous lounge chairs by Charles and Ray Eames, a rug from Afghanistan and an old coffee table from India adorn the space. 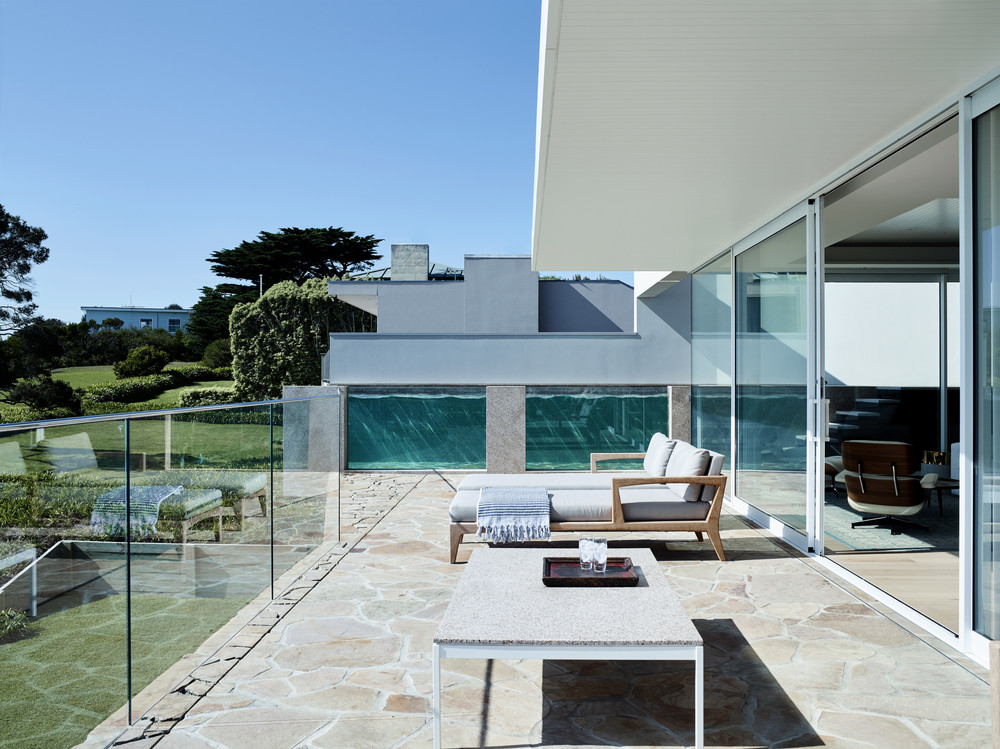 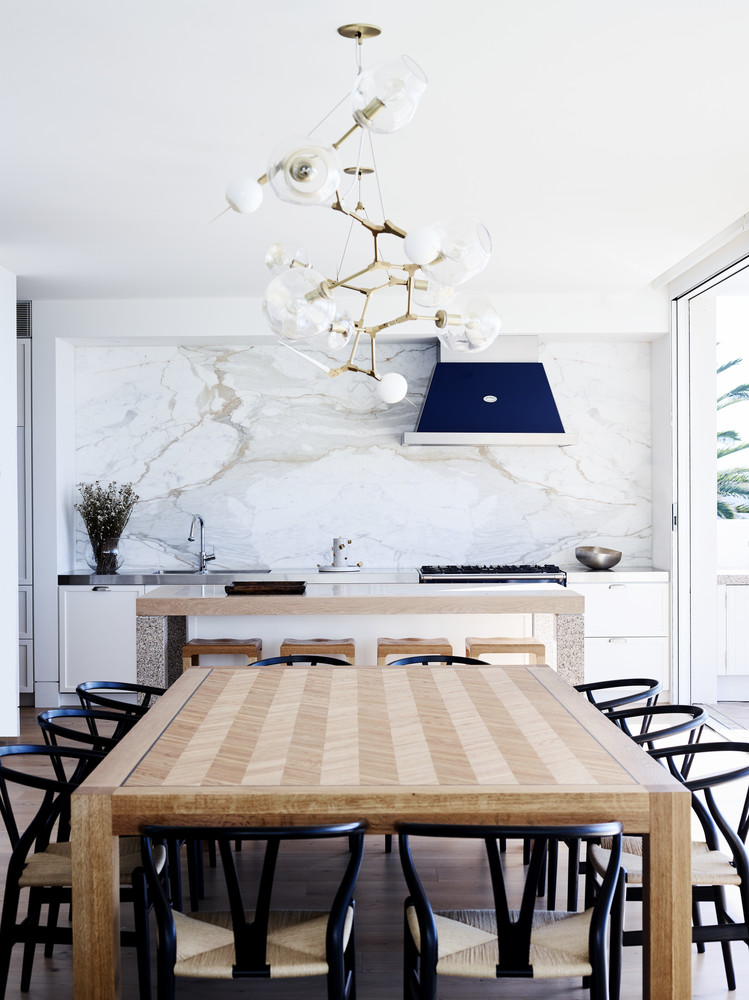 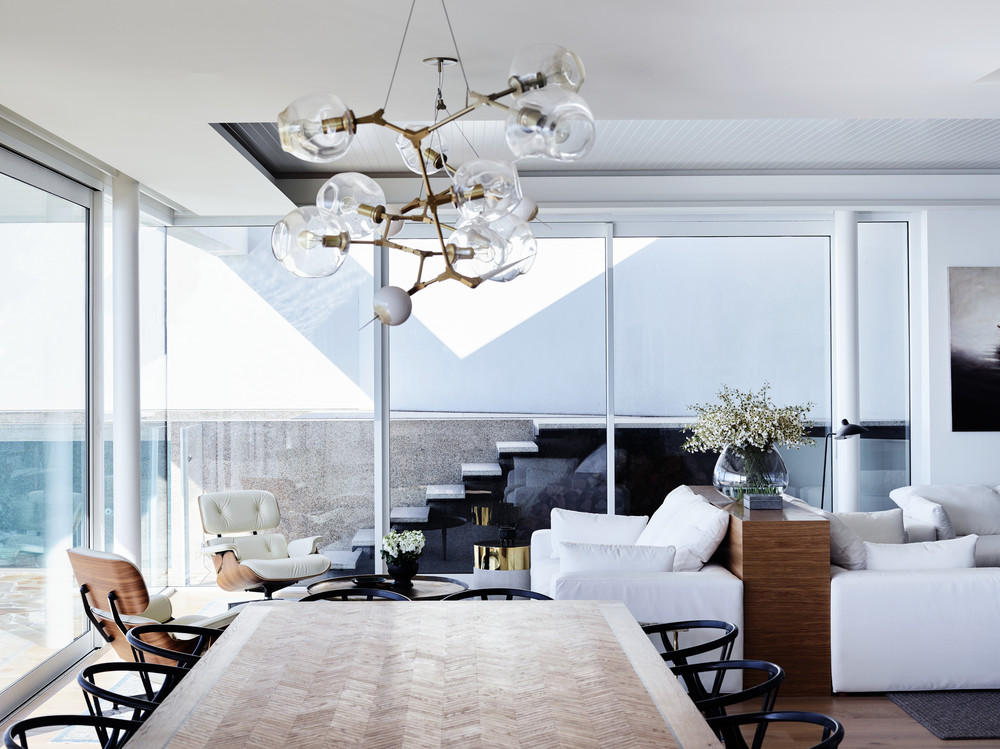 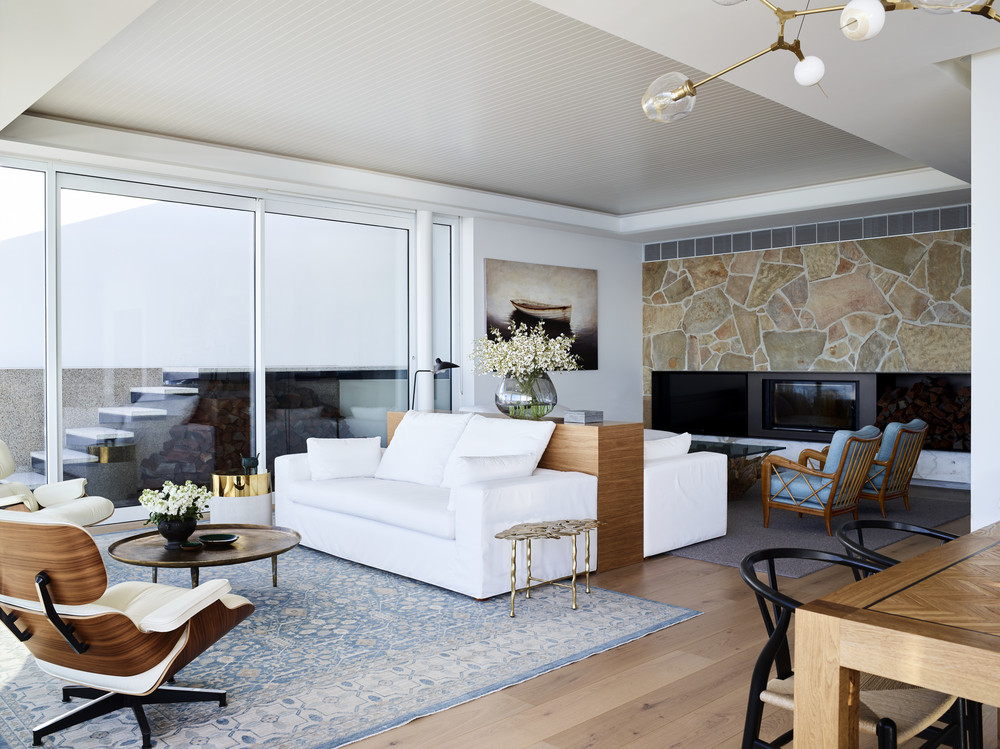 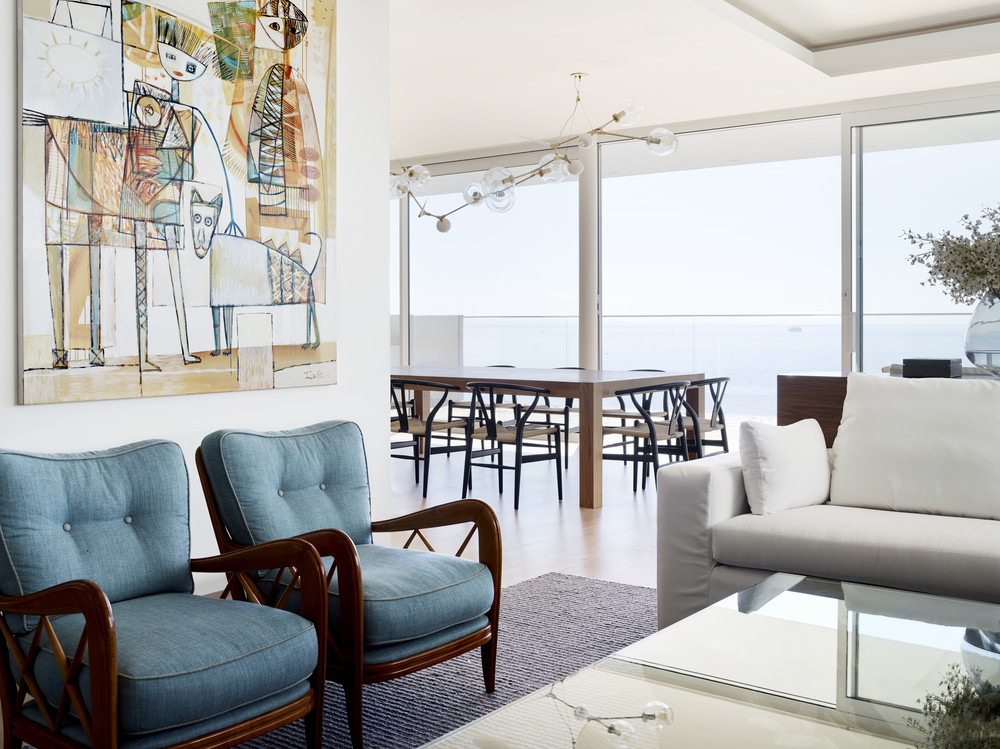 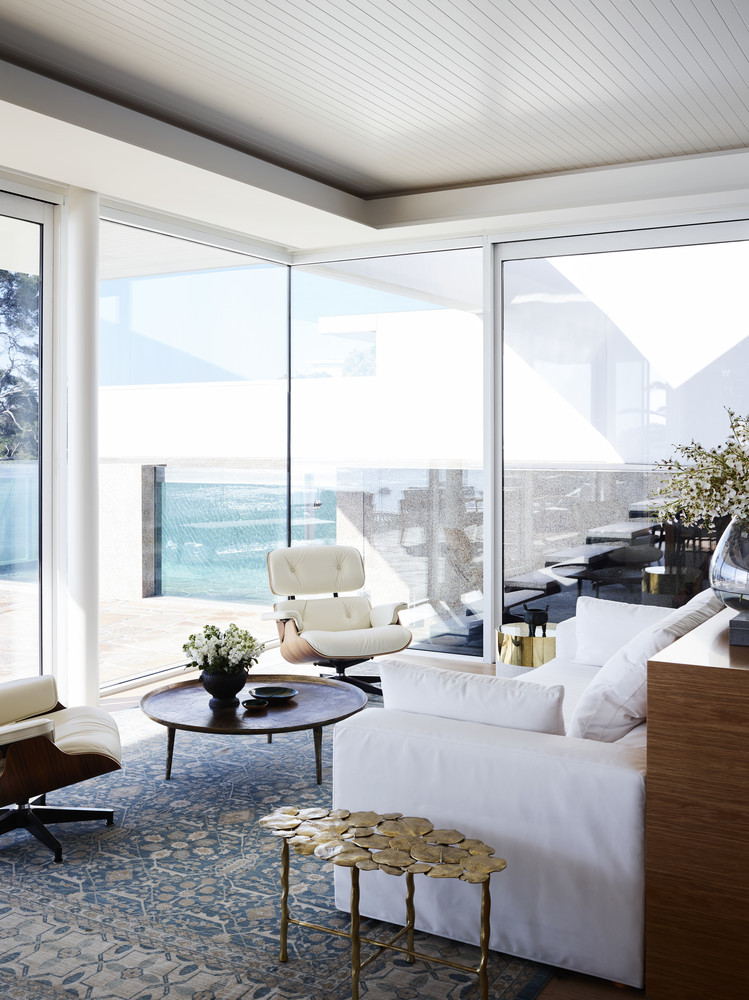 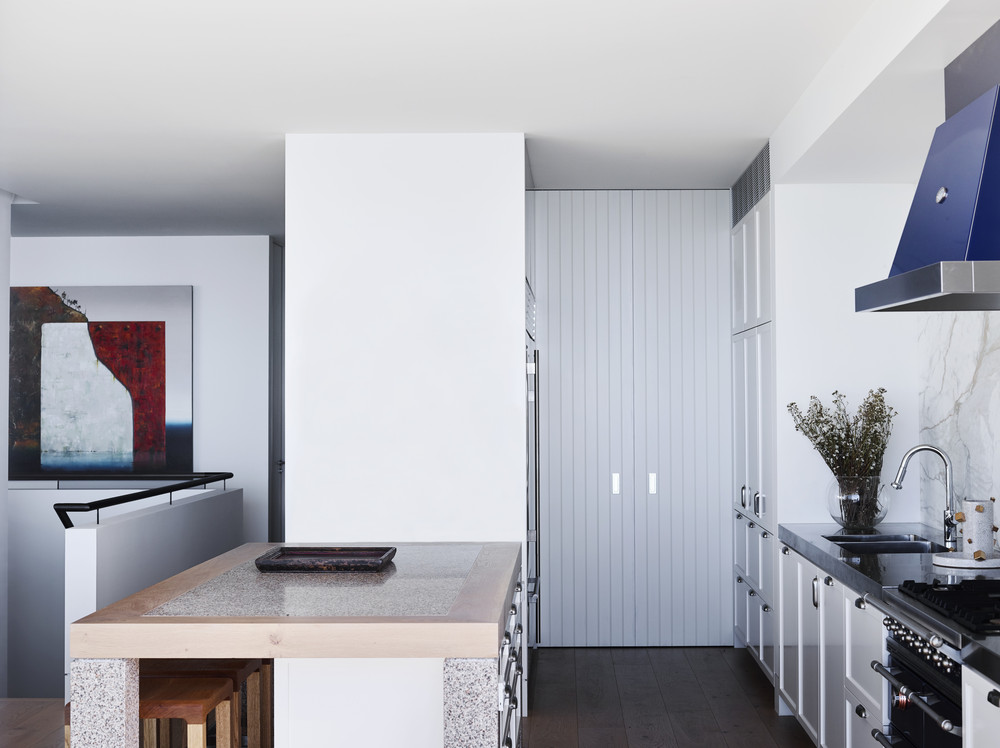 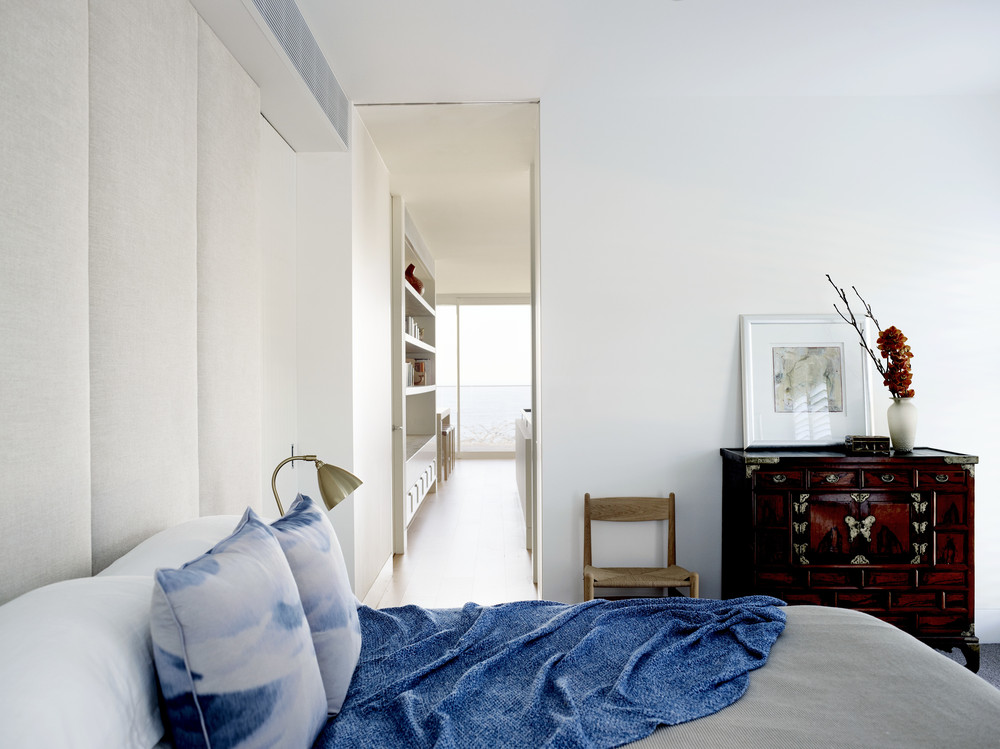 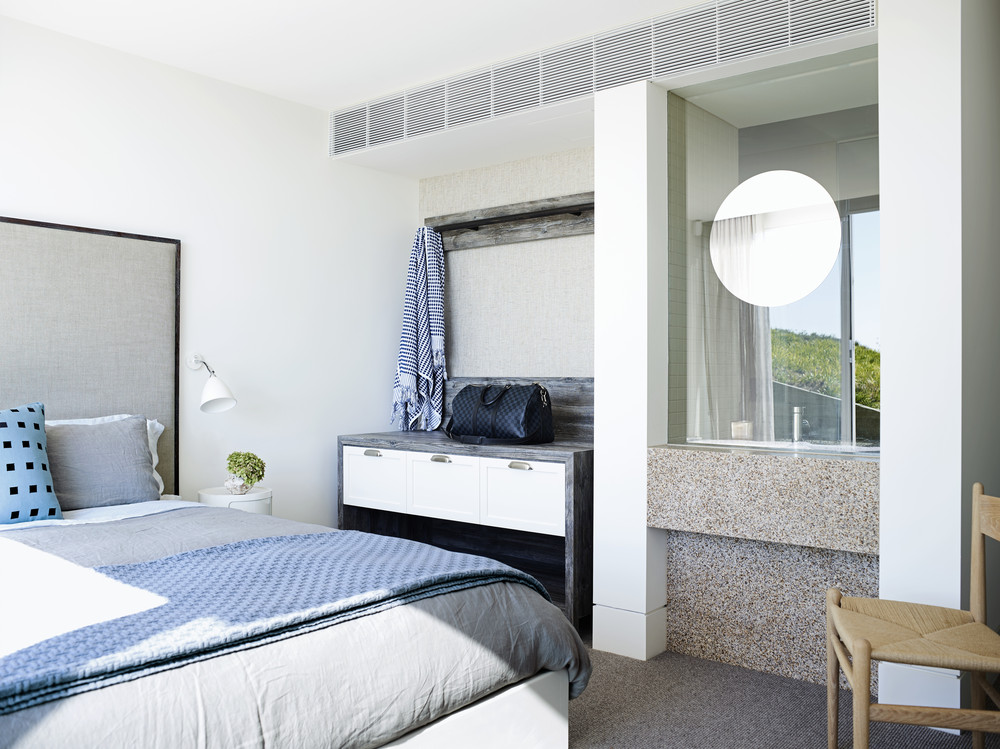 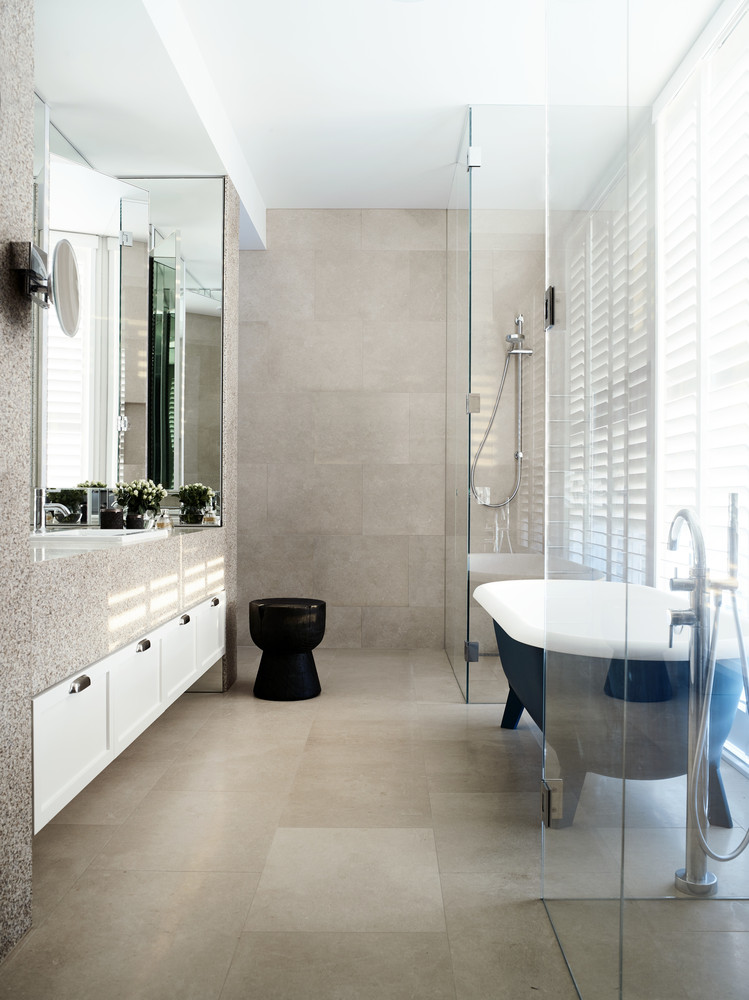 The color palette was inspired by the beach. The granite, the marble, the natural oak and the Castlemaine stone (native to the place) have a sand tone and some accessories add blue accents. The objective was to mimic the landscape tones. Hicks focused on taking advantage of the vitas in each area, designing the house from the interior to the exterior. There are few windows in the front as living spaces give back, where the view is admired. In the outdoor area, the pool seems to float and merge with the ocean.