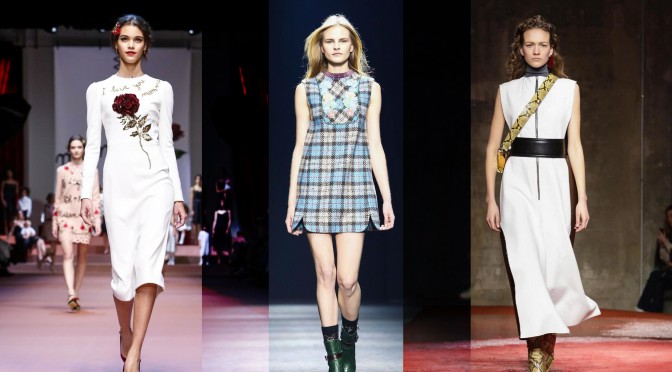 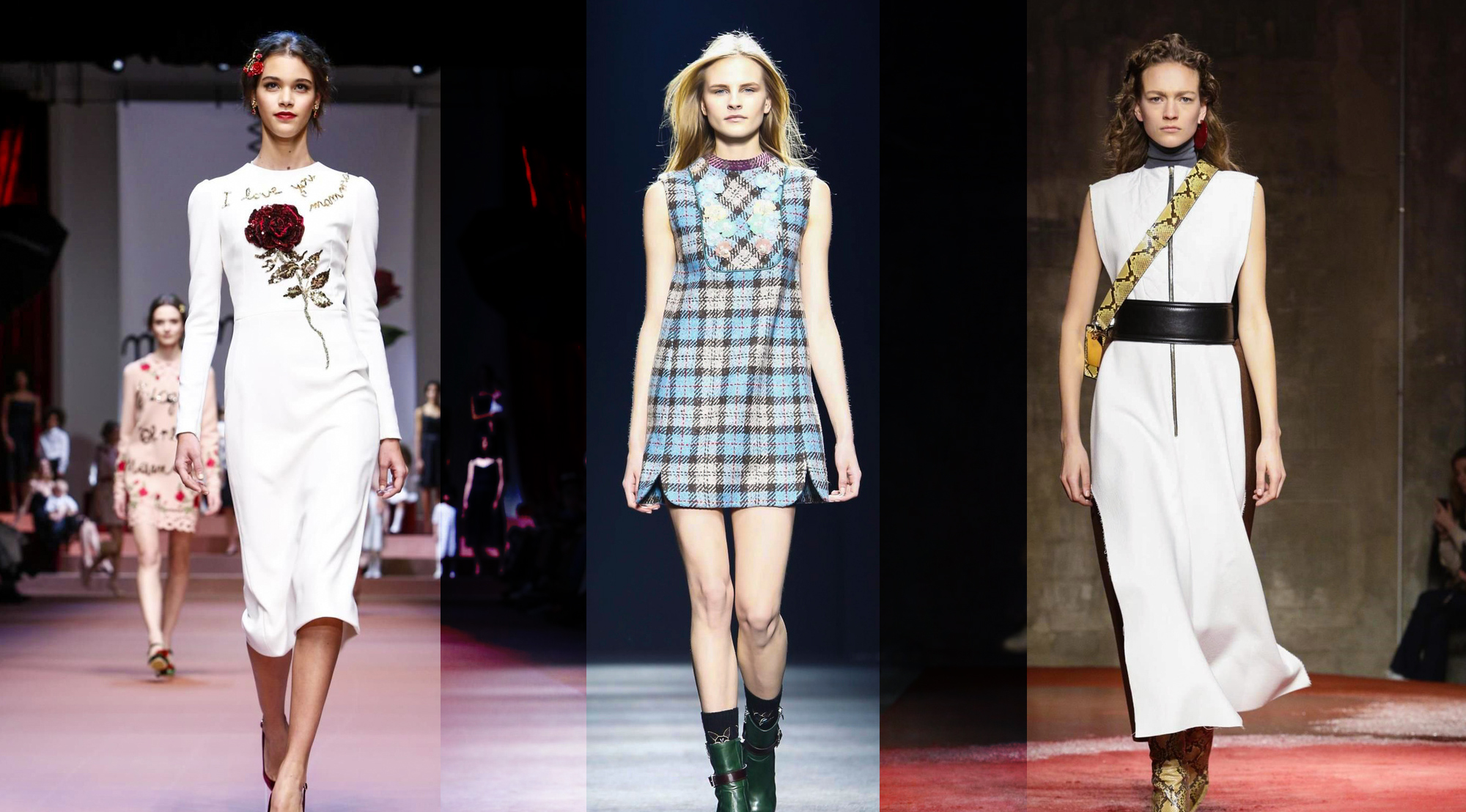 MILAN, ITALY. MARCH 1, 2015 – Milan Fashion Week F/W 2015 RTW Day 5 is running, here we bring you the best runways for you to enjoy and check at the new trends for Fall Winter in Ready-to-Wear.

This was a streamlined show that had a razor sharp precision to its execution. The effect was achieved by Castiglioni’s clever choice to use thick fabrics that she then placed, almost like paneling, over the models’ bodies.

Dolce & Gabbana Winter 2016 Womens Fashion Show was inspired by The Mother, the heart of the family.

The Designers had a very intimate and personal approach when creating this collection, because the image of the mother that inspired them, comes from their own memories as children and they explored it from an aesthetic point of view. The collection is very sensual, but at the same time iconic of the DNA of Dolce & Gabbana.

“The leather lace was made exclusively for us and it is interesting because it is a spirograph.  The whole collection is made in Italy — all our stuff is — from the sweatshirts to the embroidery,” Giorgetti told backstage, adding that patchwork was a fundamental aspect.

“There is intricate wool patchwork and patchwork of furs like astrakhan,” he added.

Ferragamo isn’t a brand bothered by trends. Massimiliano Giornetti, its creative director, has been steering in a classic but not conservative direction of late—call it minimal-ish—after earlier, glitzier collections.

“I really felt the need to go to essentialism and purity,” she said backstage before her show today. “Let’s call it neo-minimalism, because of this cultural too-much that I am breathing at the moment. Too much information, too much stimulation.”

The Au Jour Le Jour woman is clearly growing up—or whatever playing the disco queen means. “It is a natural process,” said designers Mirko Fontana and Diego Marquez backstage. “As we are growing up ourselves, we want the collection to evolve. This season, for instance, we avoided our trademark overblown prints and went for a personal take on glamour.”