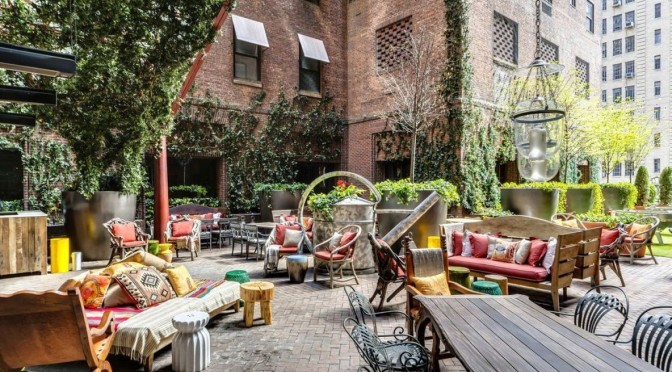 NEW YORK: There’s still a little time for fun before the fall comes and then the winter, order your drinks alfresco at one of New York’s coolest rooftop bars.

In New York, high-rises, honking traffic, and jammed subways make fresh air a luxury and rooftops a sanctuary. The best of these sun-drenched, sky-high bars provide a welcome reprieve, mixing a lively atmosphere with well-crafted drinks and expansive views of what Seinfeld’s Kramer dubbed the Nexus of the Universe.

And there’s an NYC rooftop for every taste: classic or new? Elegant or edgy? Manhattan or Brooklyn? Downtown’s cool-kid Jane Hotel attracted buzz in summer 2014 by opening its rooftop overlooking the Hudson River to the public for the first time. SoHo’s new Bar Hugo promises to be the Fashion Week party du jour come September, thanks to chic décor and restaurateur Sean Largotta’s A-list pedigree (his restaurant Lion is a celebrity magnet).

But you won’t find a higher vantage point than Bar 54, atop the Hyatt Times Square, officially the tallest cocktail lounge in town—for now. Yes, that’s the gleaming spire of One World Trade Center down there.

The Rooftop Lounge at Pod 39

The Roof at the Viceroy