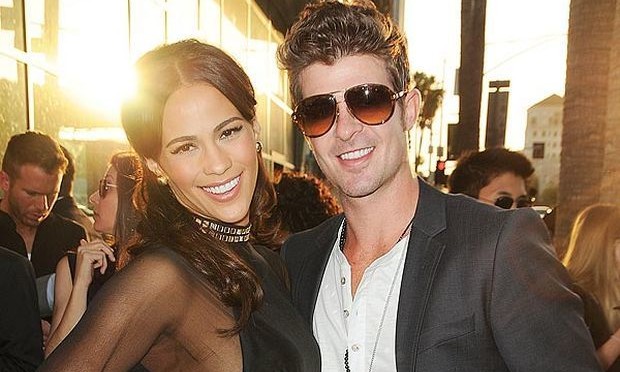 LOS ANGELES — Paula Patton has filed for divorce from Robin Thicke and is asking for joint custody of their son.

The “Precious” and “2 Guns” actress filed for divorce from the “Blurred Lines” and “Give It 2 U” singer Friday in Los Angeles, citing “irreconcilable differences.”

The 38-year-old actress and 37-year-old singer announced they were separating in February after nine years of marriage. They have a 4-year-old son.

Patton was the inspiration behind much of Thicke’s music and appeared in some of his videos.

Thicke promoted “Paula” with several public appearances that were accompanied by reconciliation pleas.

This should probably come as no surprise to anyone, as the two split a few months ago leading Robin to go on a desperate quest to win her back. His methods were pretty creepy as well, he named his album, Paula, and would not stop spilling explicit details about their marital issues over the summer. Still, TMZ reports that the ending was “harmonious” which should bode well for the mindset of the two former lovers.