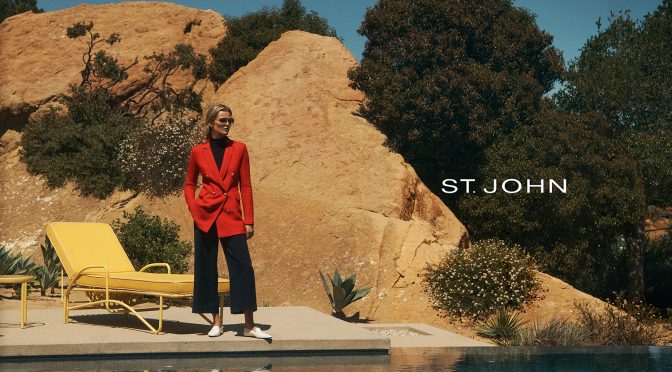 St John’s is one of those fashion houses AARB Magazine loves to see back in the fray of fashion communication in a big way and they have started down that path again with their latest Fall ad campaign by The Last Universe. 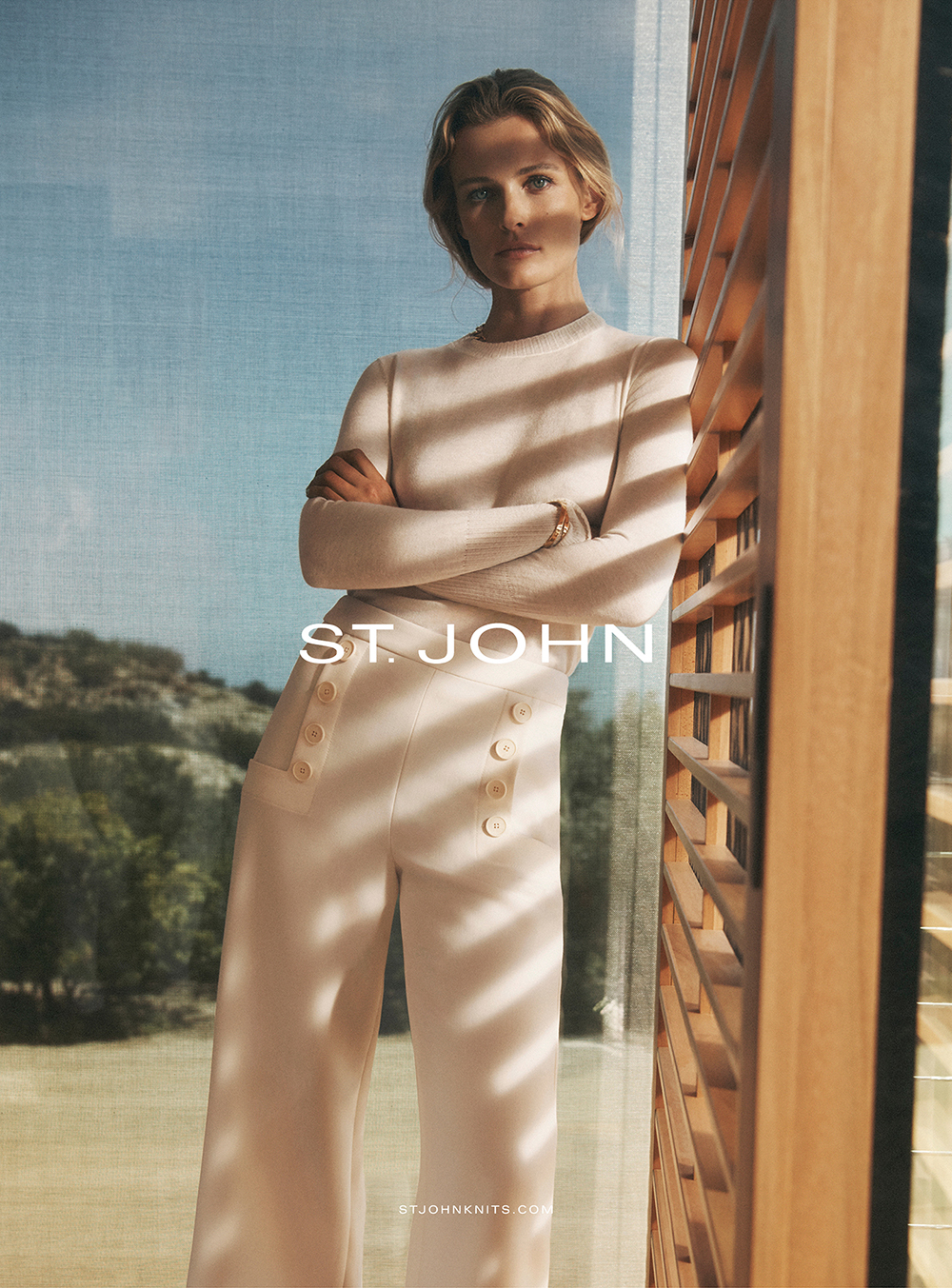 The path was originally formed in the era of Dynasty as husband and wife co-founders Robert E. and Marie Gray launched St John in the 70s going on to build a luxury global fashion empire out of Irvine Los Angeles against all odds. Daughter Kelly joined the firm and soon became the face of the brand while the world watched her grow up in seasonal ad campaigns. Campaigns that established the house as owning affluent career women living a modern California lifestyle. And since it was the 80’s and 90’s after all, that lifestyle embraced the more is better attitude of the times in full force. Cue a stable of shirtless cabana boys welcoming Kelly Gray, seasoned professional career traveler, to big luxury hotel, and you get the picture. Fast forward to 2005 and the campaign evolved to feature Gisele Bundchen on a Hollywood movie set surrounded by gladiators. Same picture, different hotel.

Then a funny thing happened on the way to the forum, the house enlisted actress Angelina Jolie and creative art direct David Lipman, and suddenly the look went from grandiose to glamours California celebrity lifestyle in high contrast black and white. Not quite California modern, but certainly modern and a welcome cleansing of the palate.

Which brings us to today, where agency The Last Universe, led by Magnus Berger and Tenzin Wild, has elegantly blended all the elements of the companies past to set them on the right path for its future. In the houses current fall campaign film one finds all the elements that reflect a woman in control while living the life of luxury in something the brands always owned, California modern.

Berger himself directed with film starting model Edita Vilkevičiūtė. And as the film leads the campaign, The Impression asked the duo asked jumpstart with film?

“Film in fashion really gives you an opportunity to tell bigger story, not only with the narrative but music can ad so much in terms of mood for a moving image,” explains the duo. “Sometimes you work with a scripted story and at other times you use color, props and location to create scenes rather than stills or snapshots.”

“Each project is of course unique and is approached differently and not everybody has yet recognized how valuable this media is.”

” Photography was so dominant for so long as the way of showing fashion and also to inspire fashion in print magazines, and the industry is now waking up to realize the strengths of other media, film only being one of them. Now there is this great platform for fashion film and other short film formats on social media and brands want to be a part of that.”

– The Last Universe, Magnus & Tenzin
Once again, we are back to modern thinking, as evidenced in the film by layering on shots from drone in what looks to be somewhere near Topanga Canyon just north of Malibu. The quick touch lends modern hand to what is otherwise a very straight forward telling of California cool with shot of vintage, orange/red coloring juxtaposed with cool blues of an infinity swimming pool.

The campaign hits the mark and sets us up to know that The Last Universe is here to guide brands on thier path. Fortunately for the house of St John’s, that path is leading back home 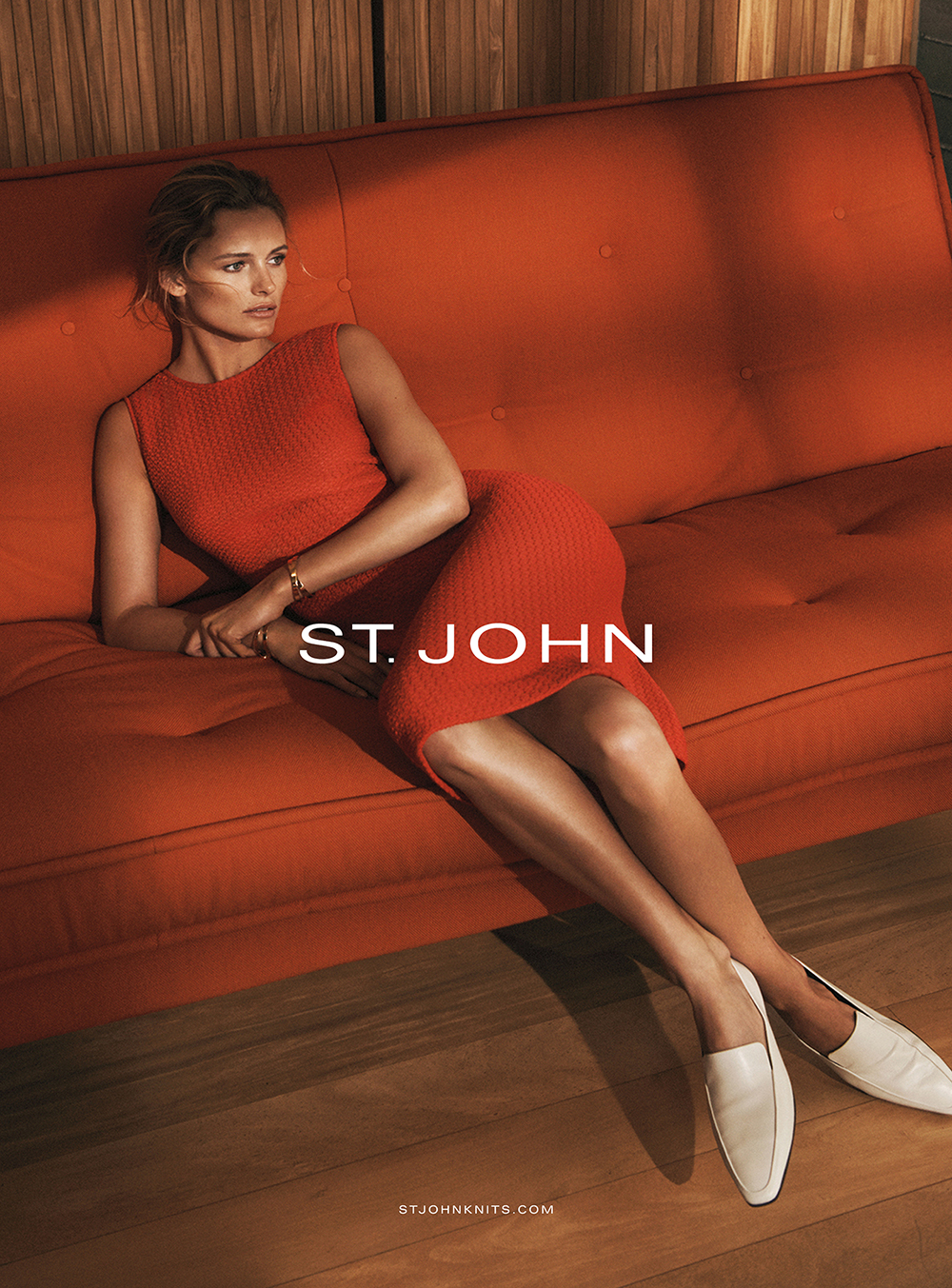 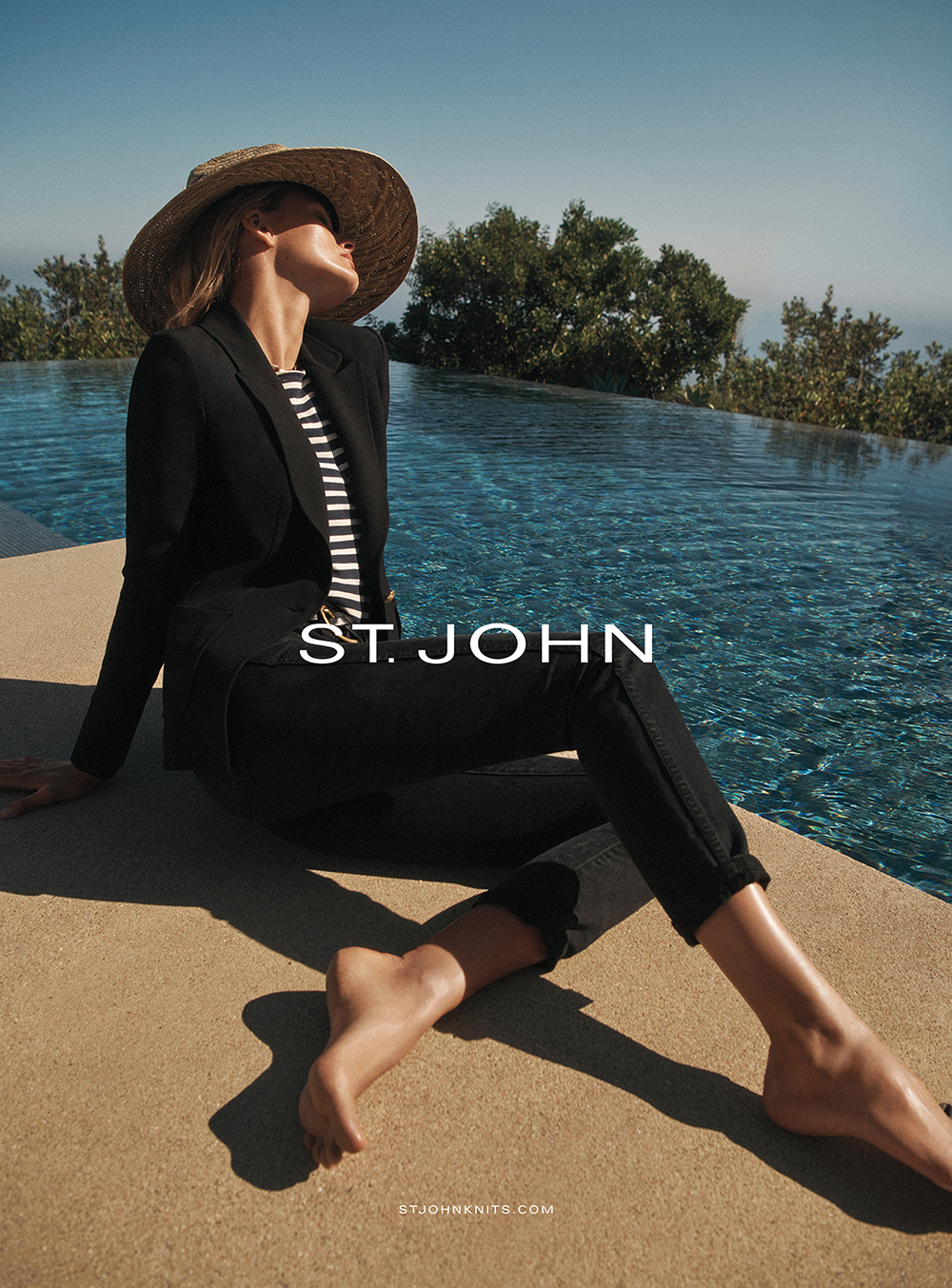 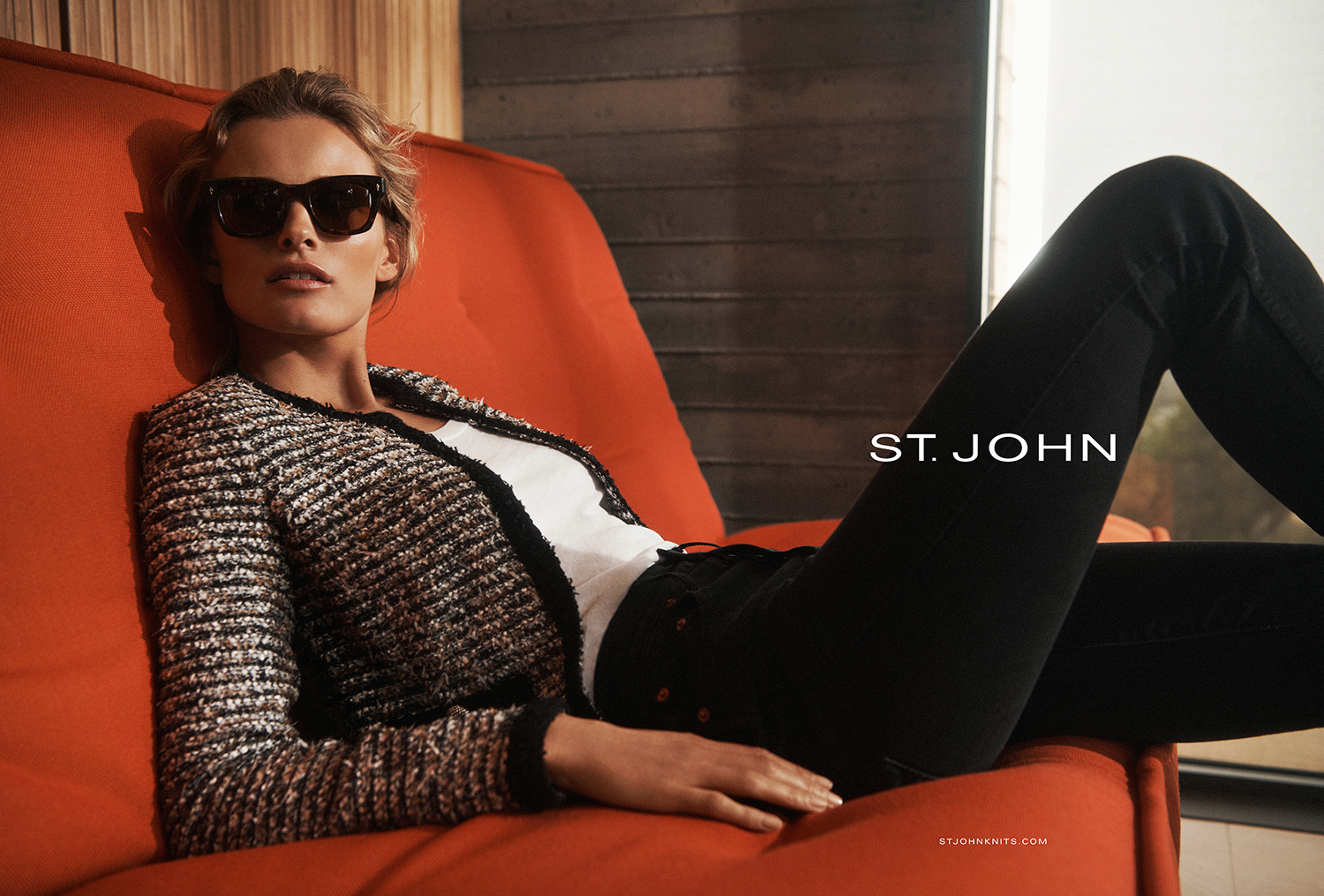 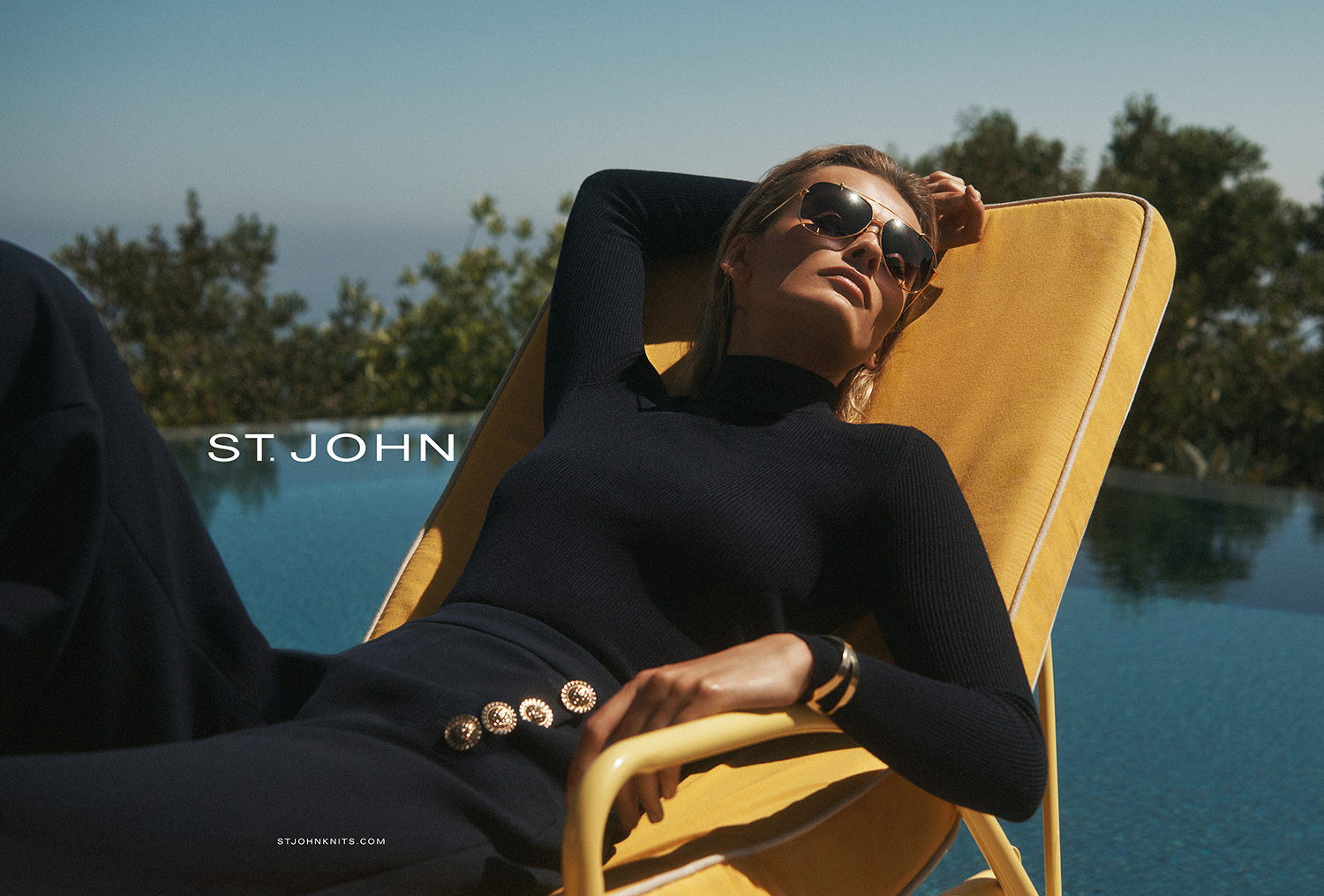 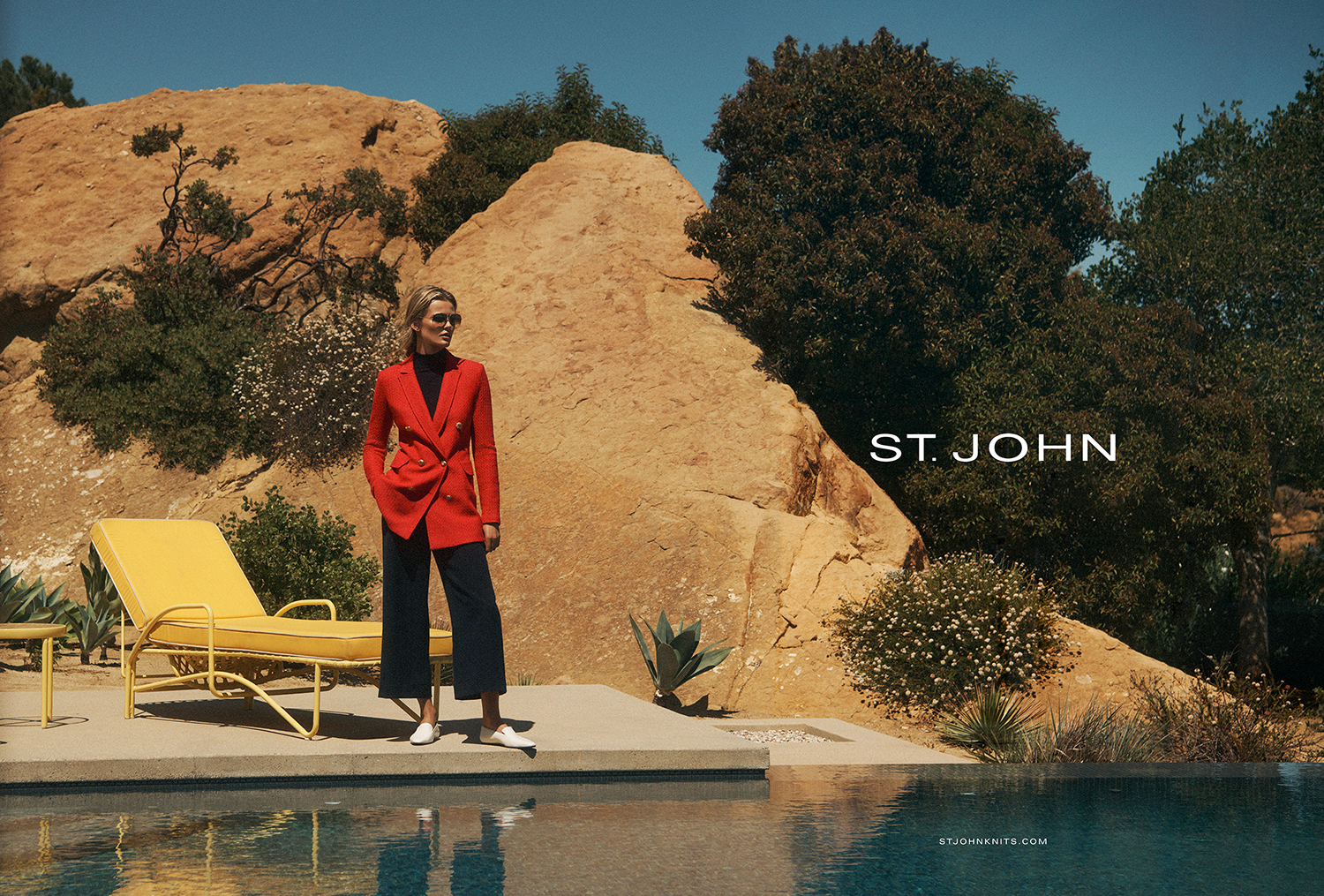 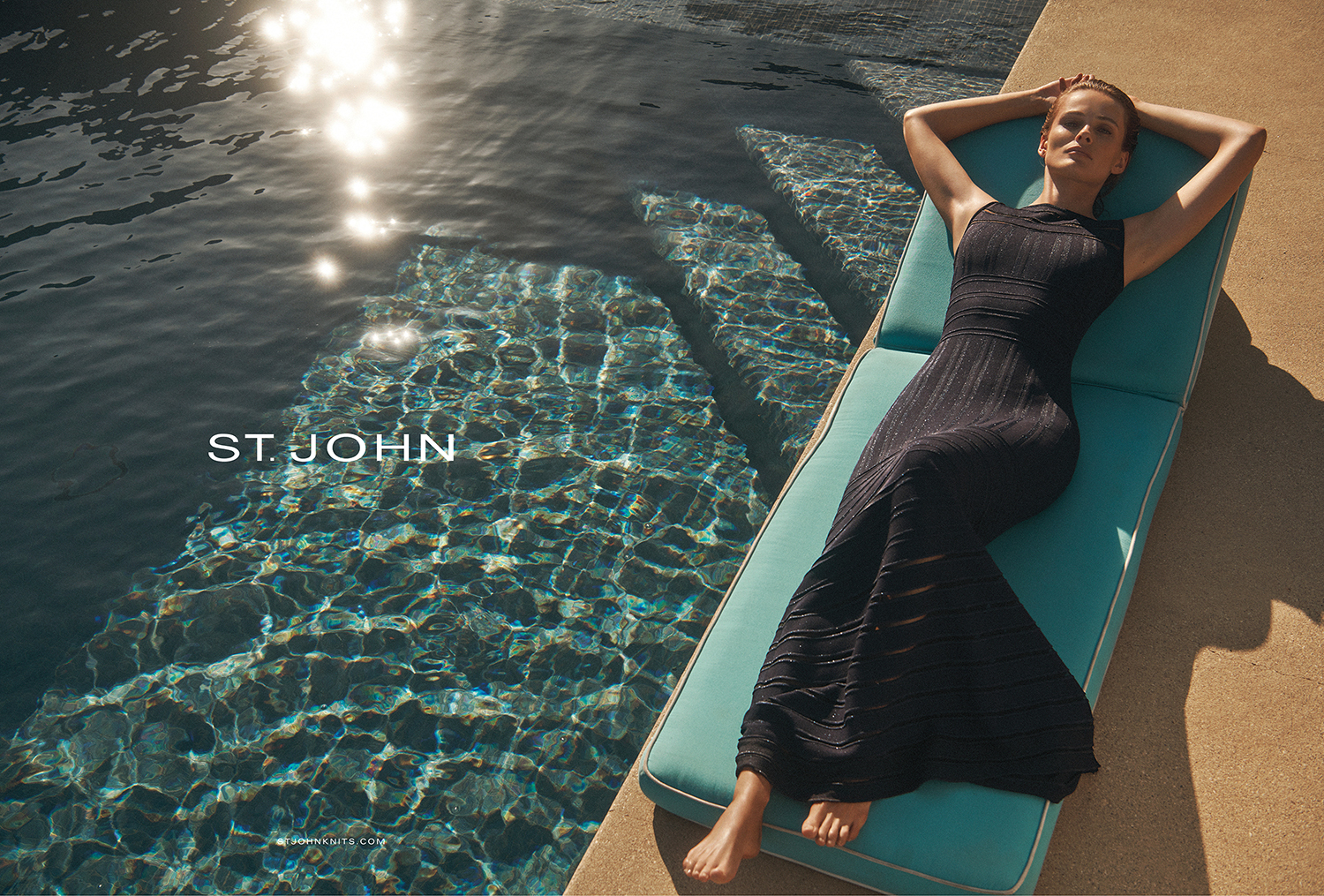