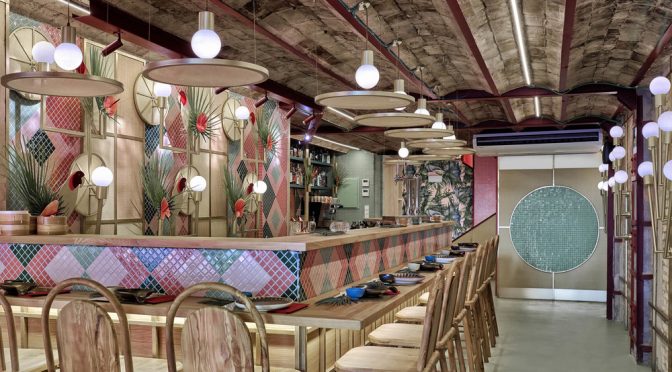 ‘Kaikaya’, the first tropical sushi restaurant that has opened in Valencia is the work of the ‘Masquespacio’ studio. Special gastronomy that fuses the two countries in a unique space with an exquisite taste. 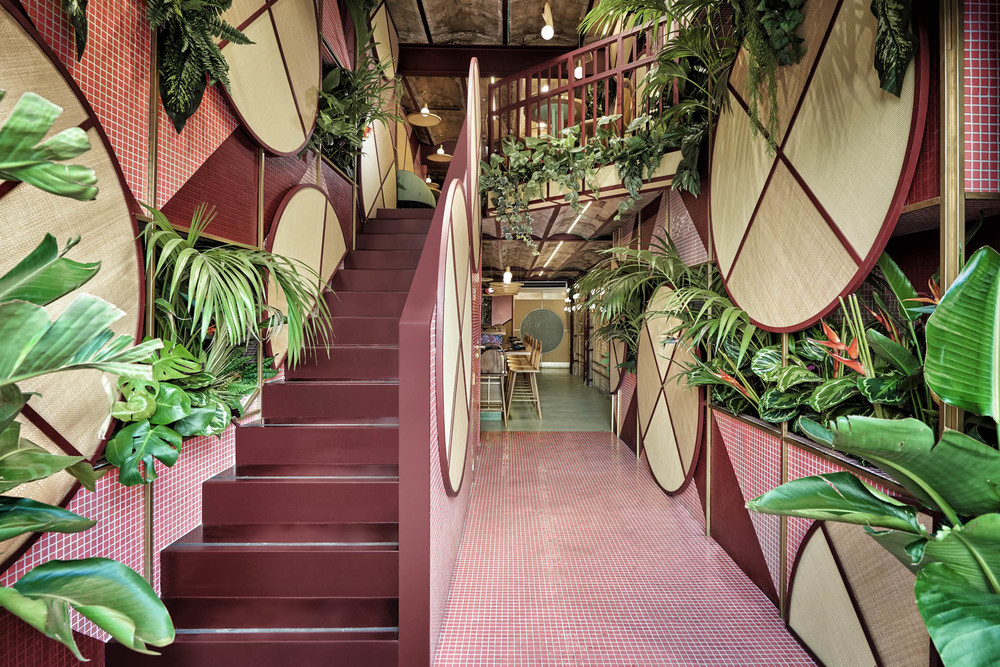 At the beginning of the 20th century, the first Japanese arrived in Brazil, a cultural shock that spread to all areas, including gastronomy, and which resulted in a wonderful fusion, the Nipo-Brazilian Nikkei cuisine, which now lands in Valencia in a local designed by Masquespacio, AD Award for New Values ​​2016. The duo Ana Milena Hernández and Christophe Penasse has brought that mix the aesthetics of the new Kaikaya.

Inside, materials such as wood and raffia remind the Japanese country while colorful patterns of gresite, omnipresent parrots and, above all, a large number of plants evoke the tropicalism of the samba country. In addition, the space was already special by itself, that is why it was decided to preserve the vaults, the metallic beams and the exposed brick, the beauty of the imperfections left by time.

Upon entering, we find raffia circles – which represent the hats used during the rice harvest in the Asian country – mixed with tropical touches. The bar also fuses the traditional Japanese pattern with the Brazilian color of the 70s, creating an eclectic atmosphere that is breathed throughout the space. The tables of different sizes and shapes are enveloped by the abundant vegetation and illuminated with custom-made palm leaf lamps.

The traditional and methodical of Japan meets tropical and exotic contemporary Brazil in the heart of Valencia, less than 5 minutes walk from its famous Central Market. A place to be seduced, first by space and then by the stomach. 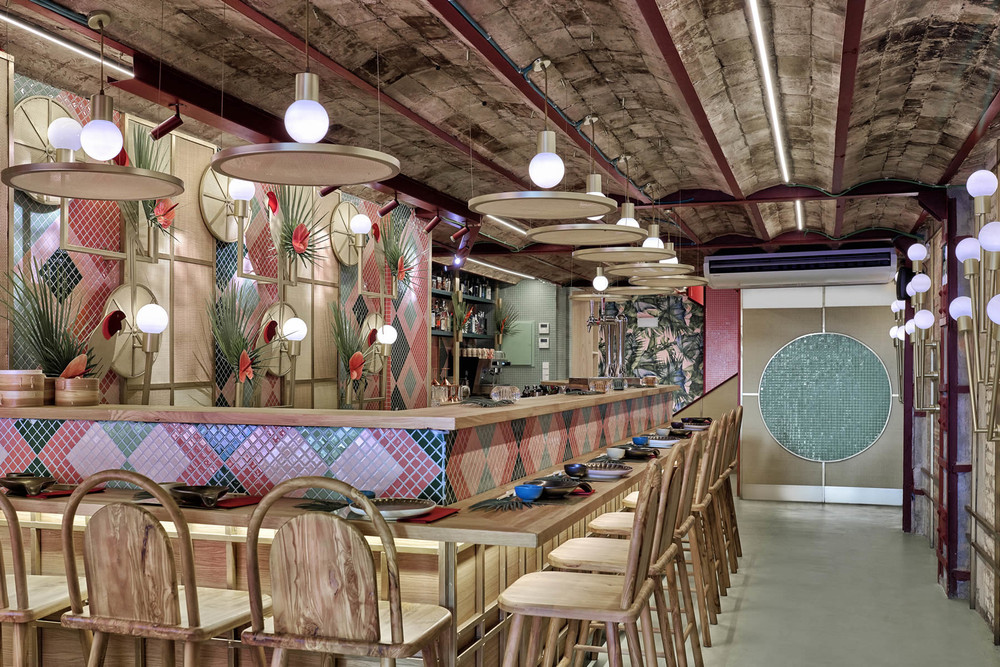 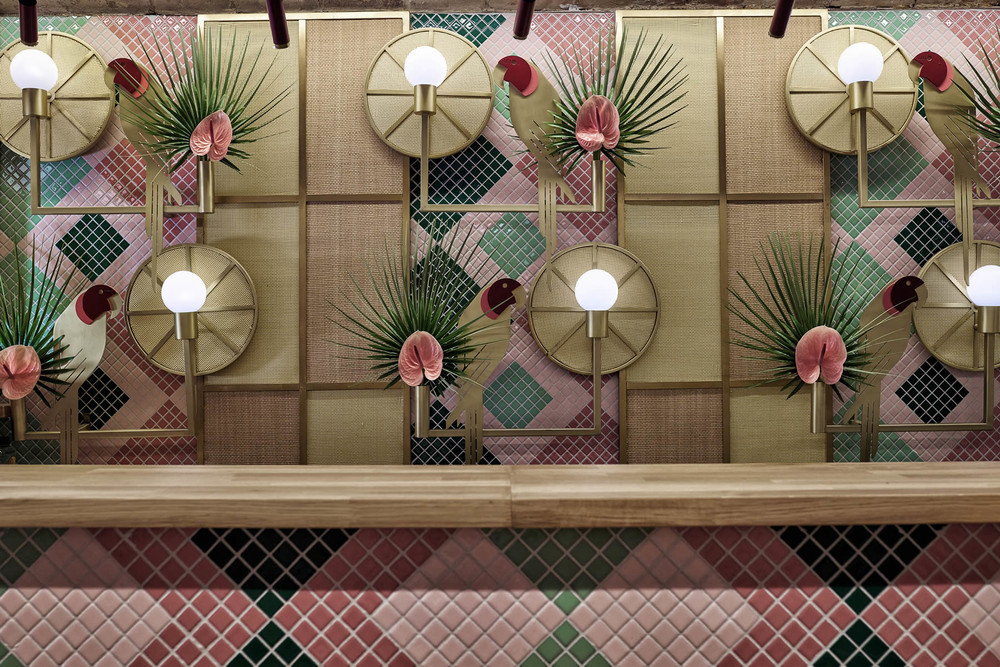 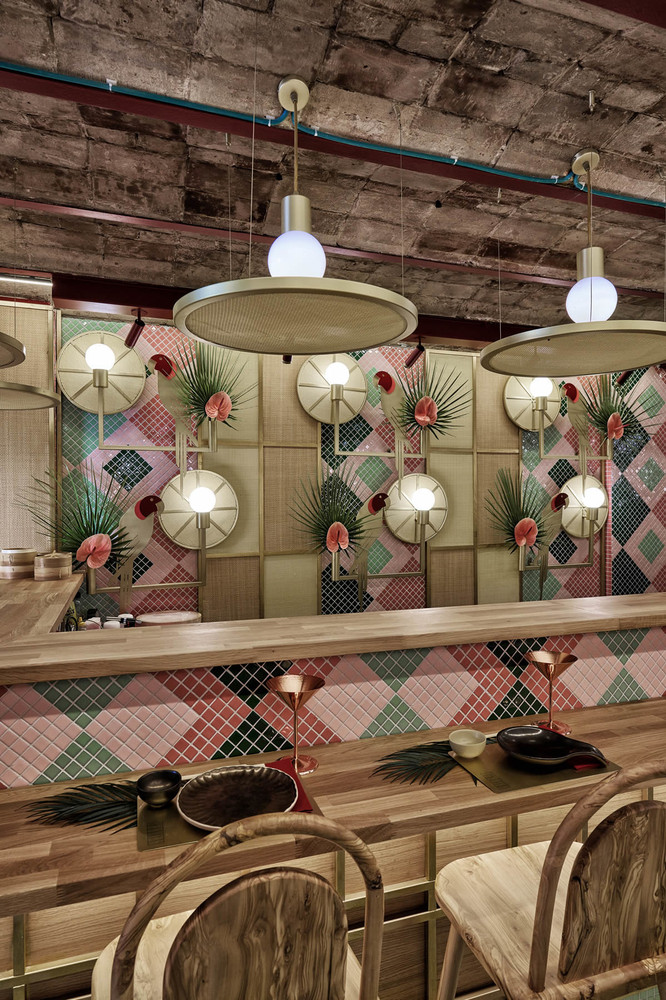 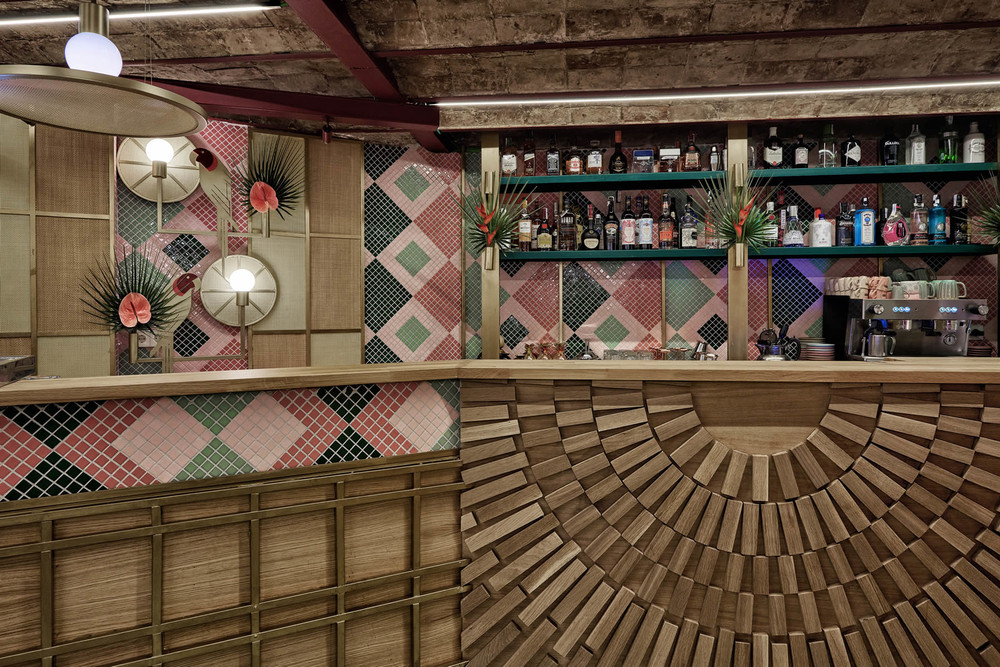 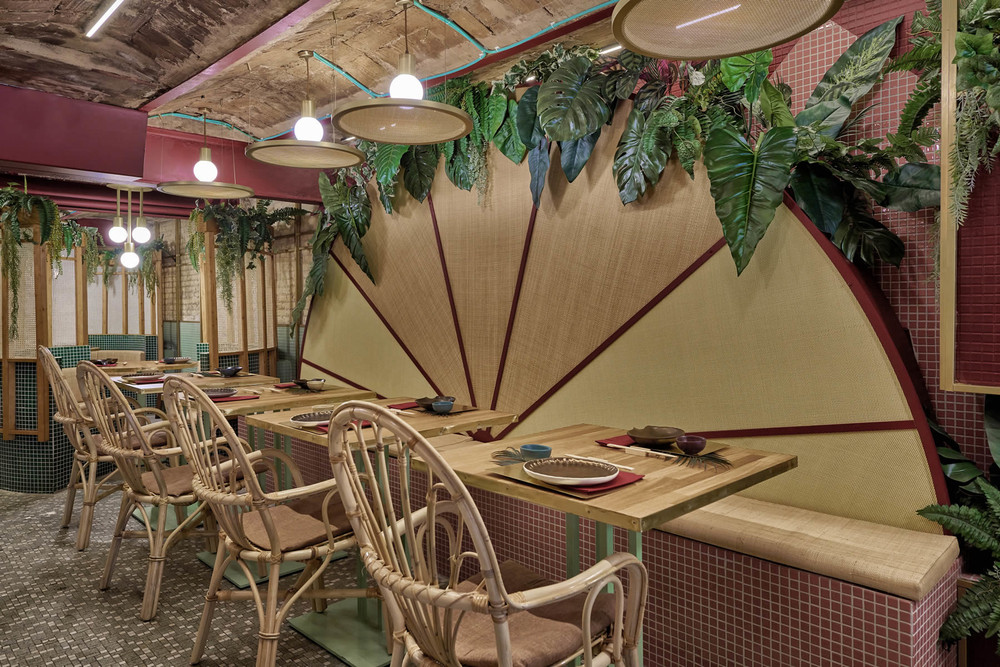 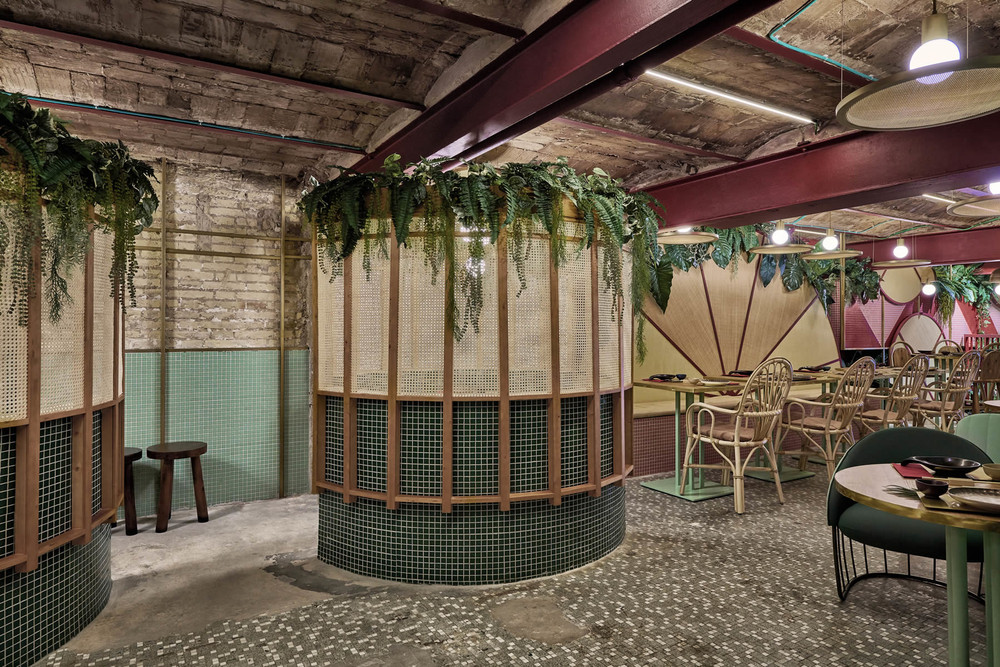 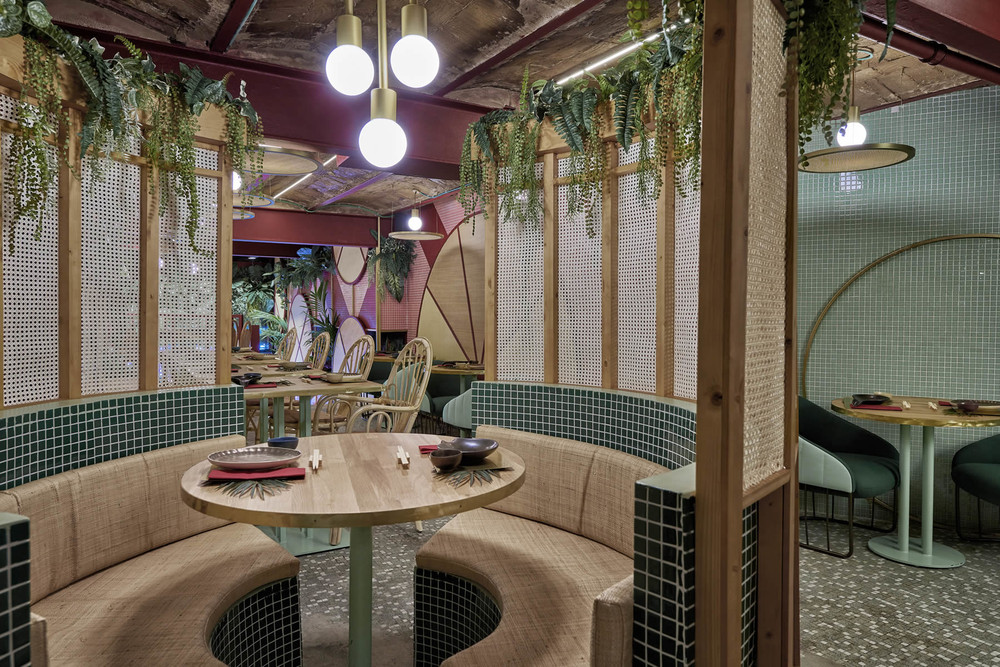 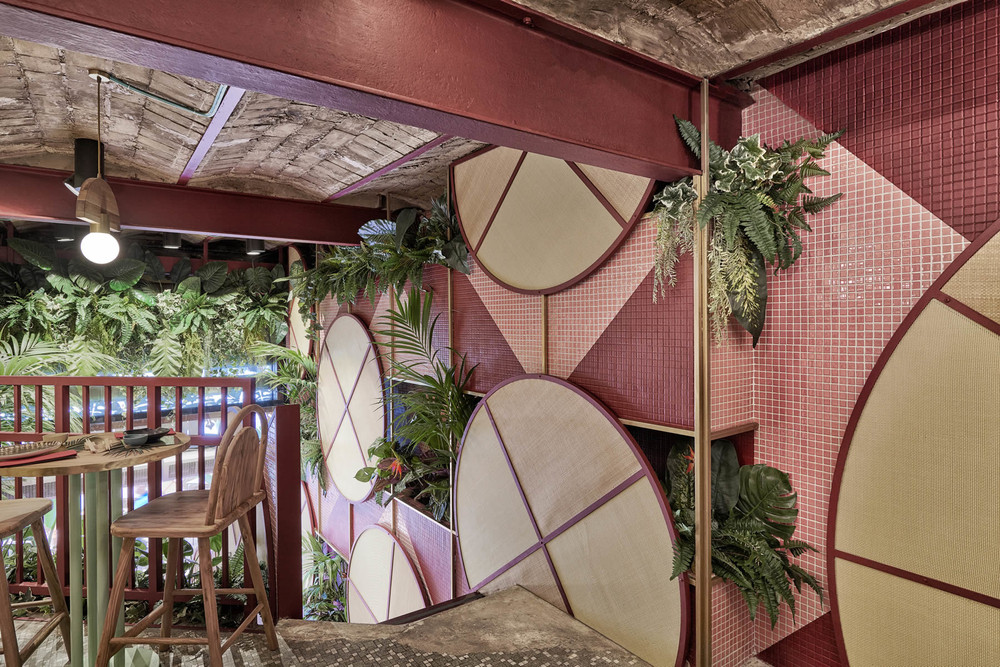 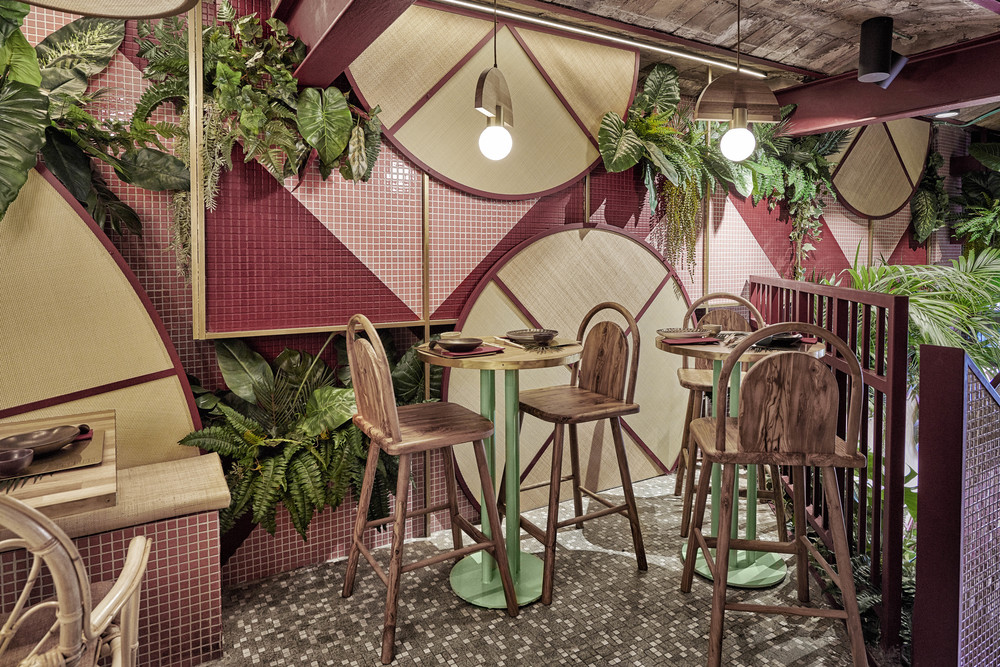 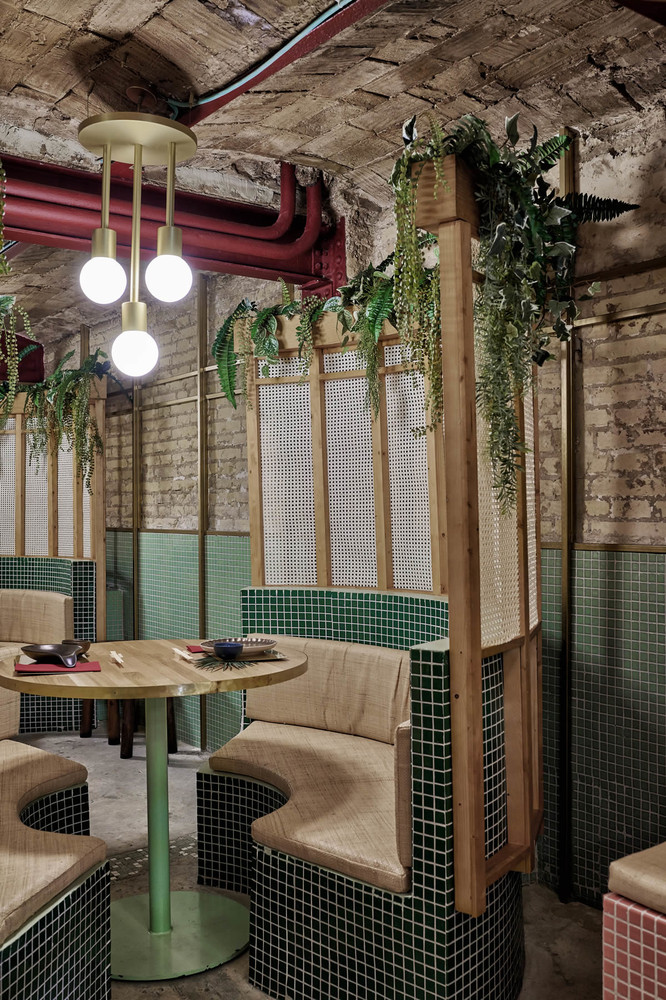 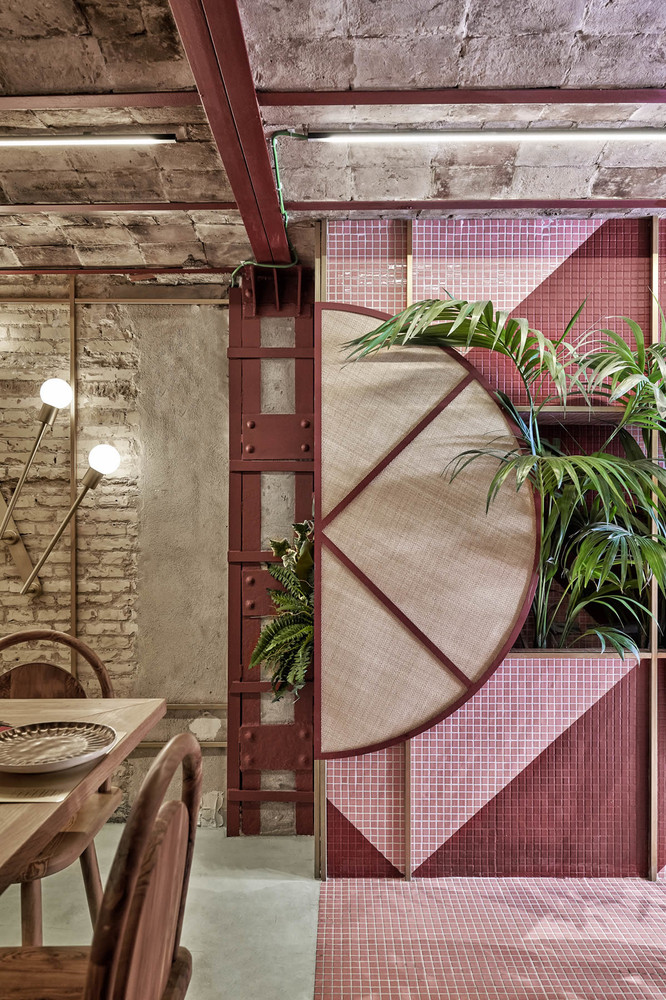