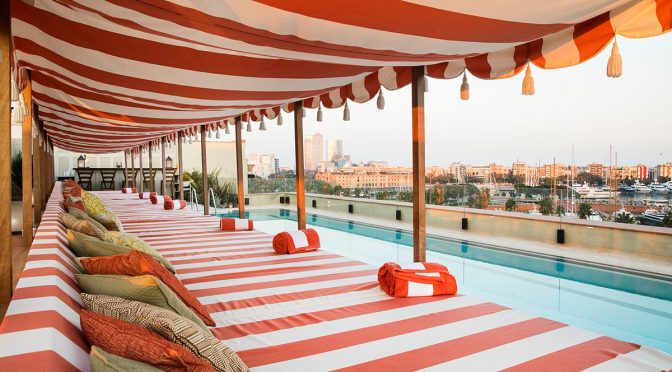 Madrid, Bacelona, ​​Bilbao, Ibiza … All cities hide terraces that deserve to have a drink or dinner is sometimes the least. Its view (or its decoration) is what makes the evening perfect. 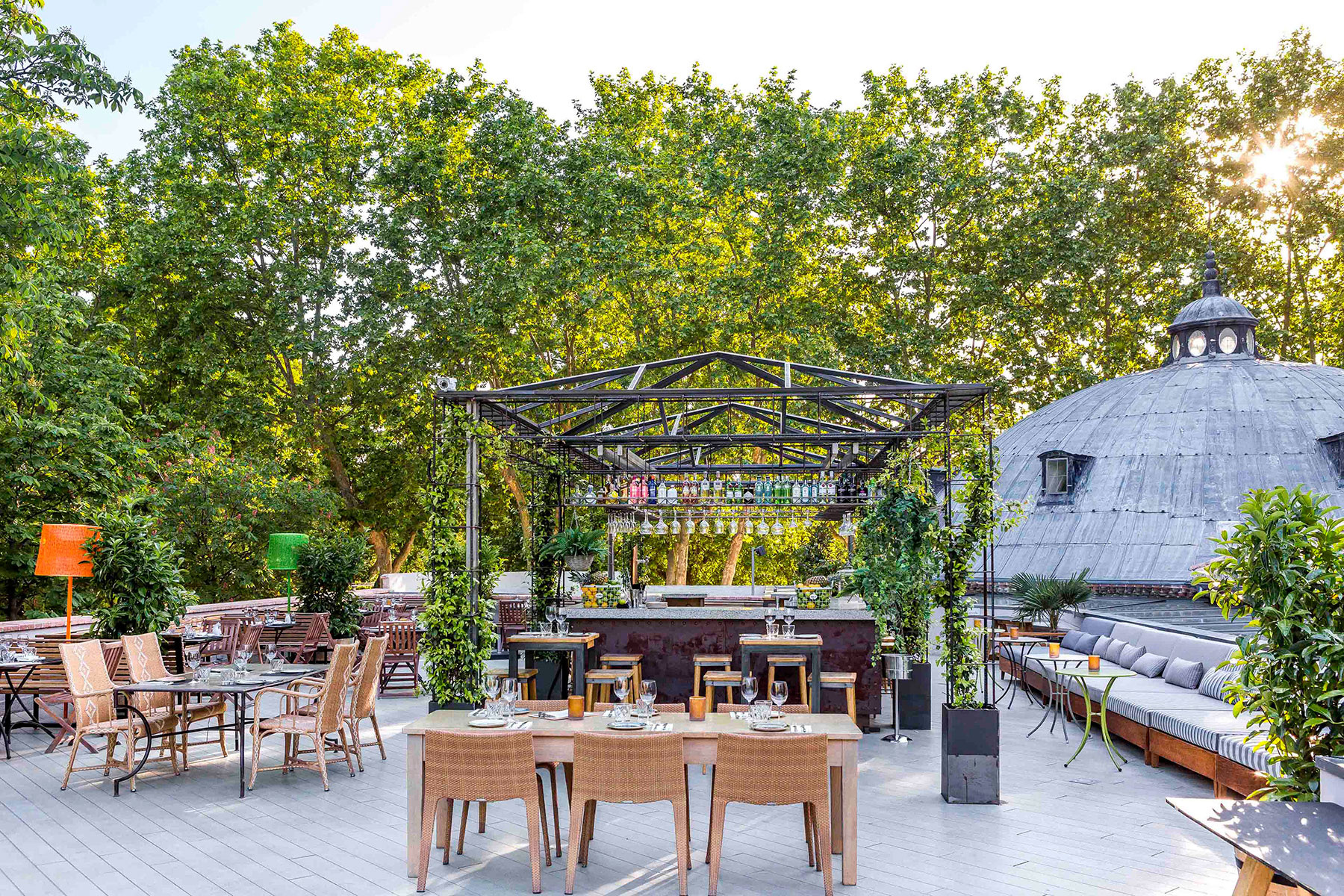 FLORIDA RETIRO: Since its re-opening, the mythical Florida Park has become one of the most fashionable premises in Madrid thanks to its location, within one of the verder lungs of the capital: El Retiro Park. On the roof of the restaurant El Pabellón and hidden among the treetops, stands ‘La Terraza’ where you can enjoy an unprecedented view of the dome of the building. 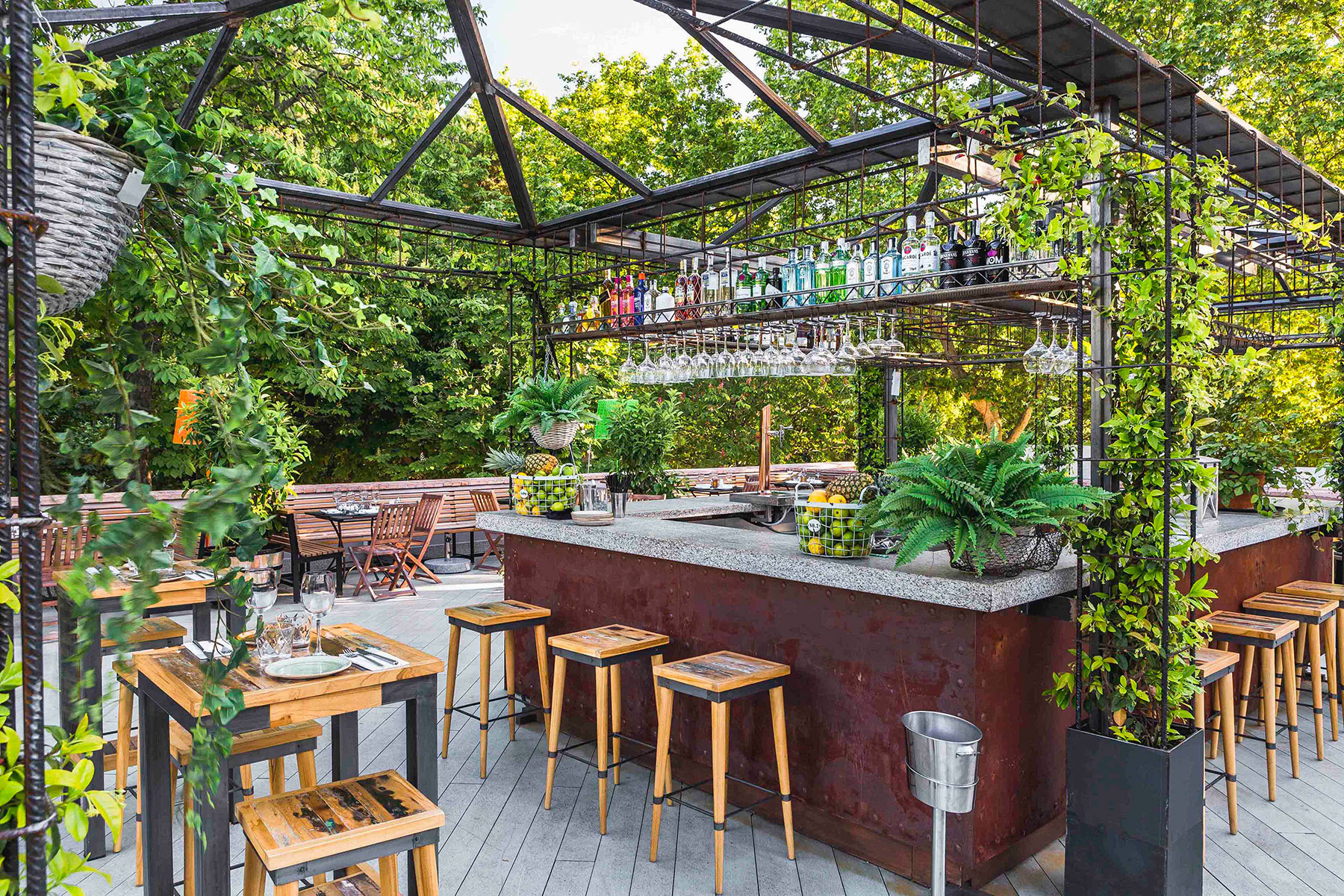 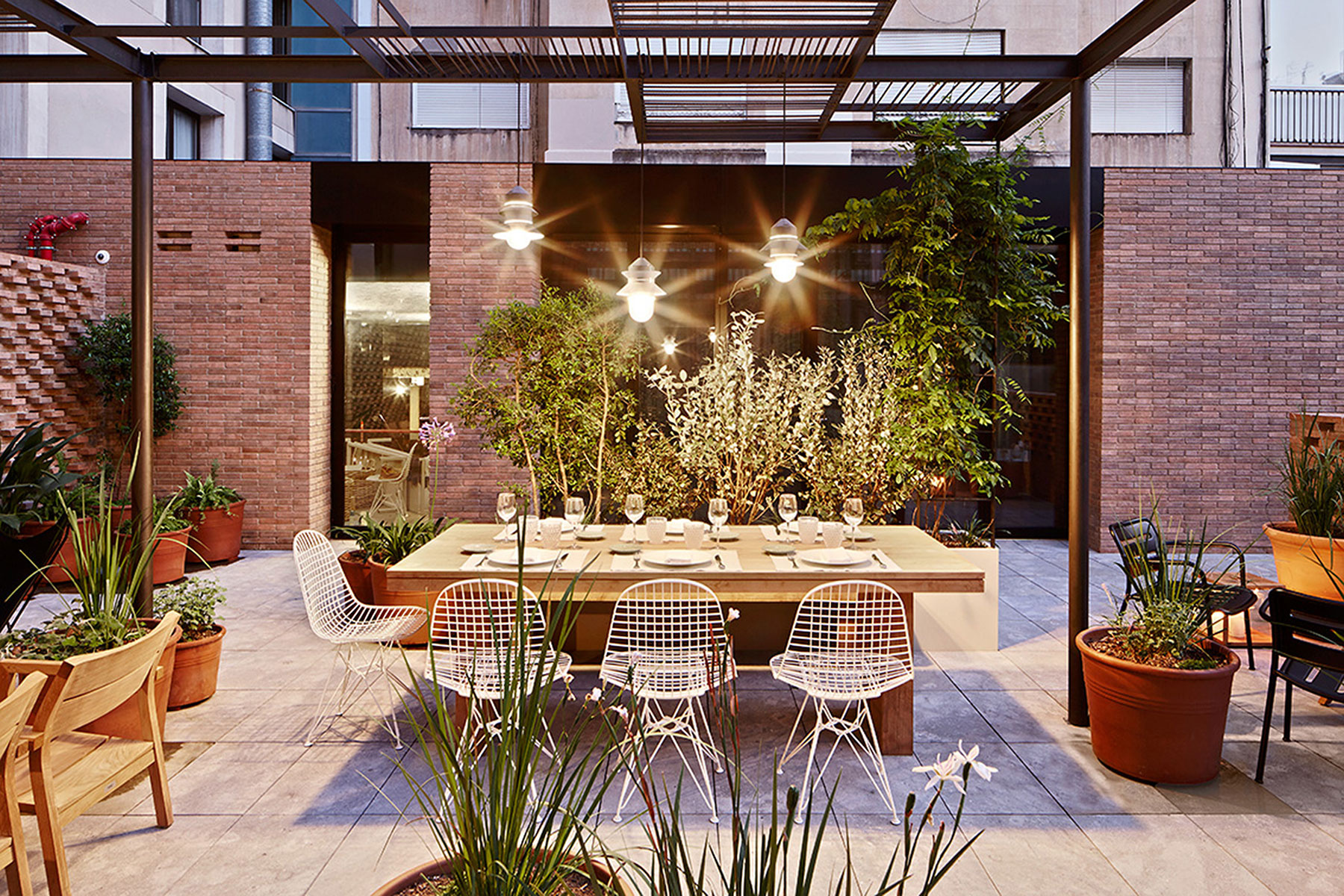 PATIO: Located between Paseo de Gracia and Rambla Cataluña, Patio is the terrace of the Hotel Alexandra and the Restaurant Solomillo and is one of the most fashionable places in Barcelona. With a gastronomic offer supervised by chef Enrique Valentí, you can taste selected meats cheeses, sausages, seasonal products. 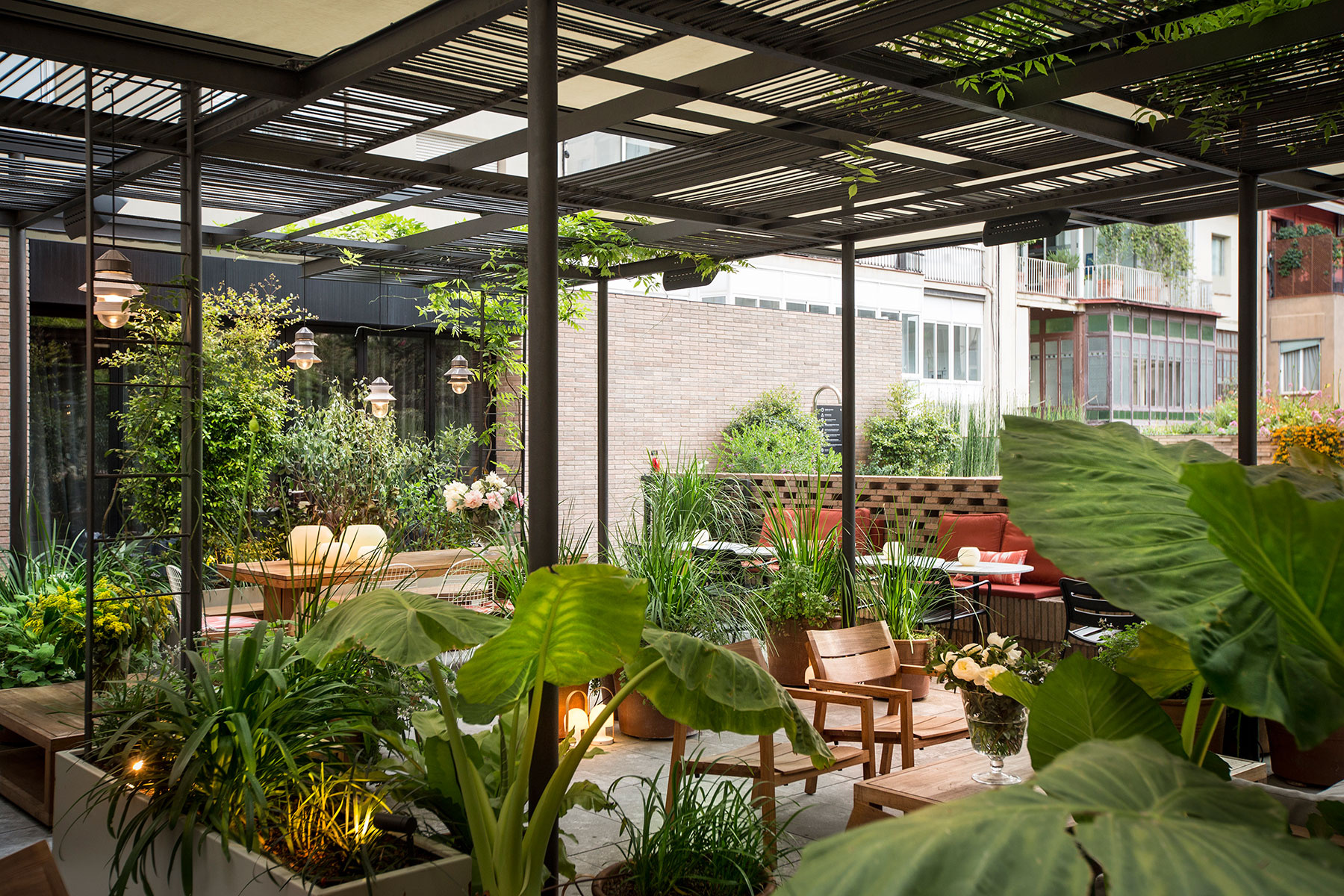 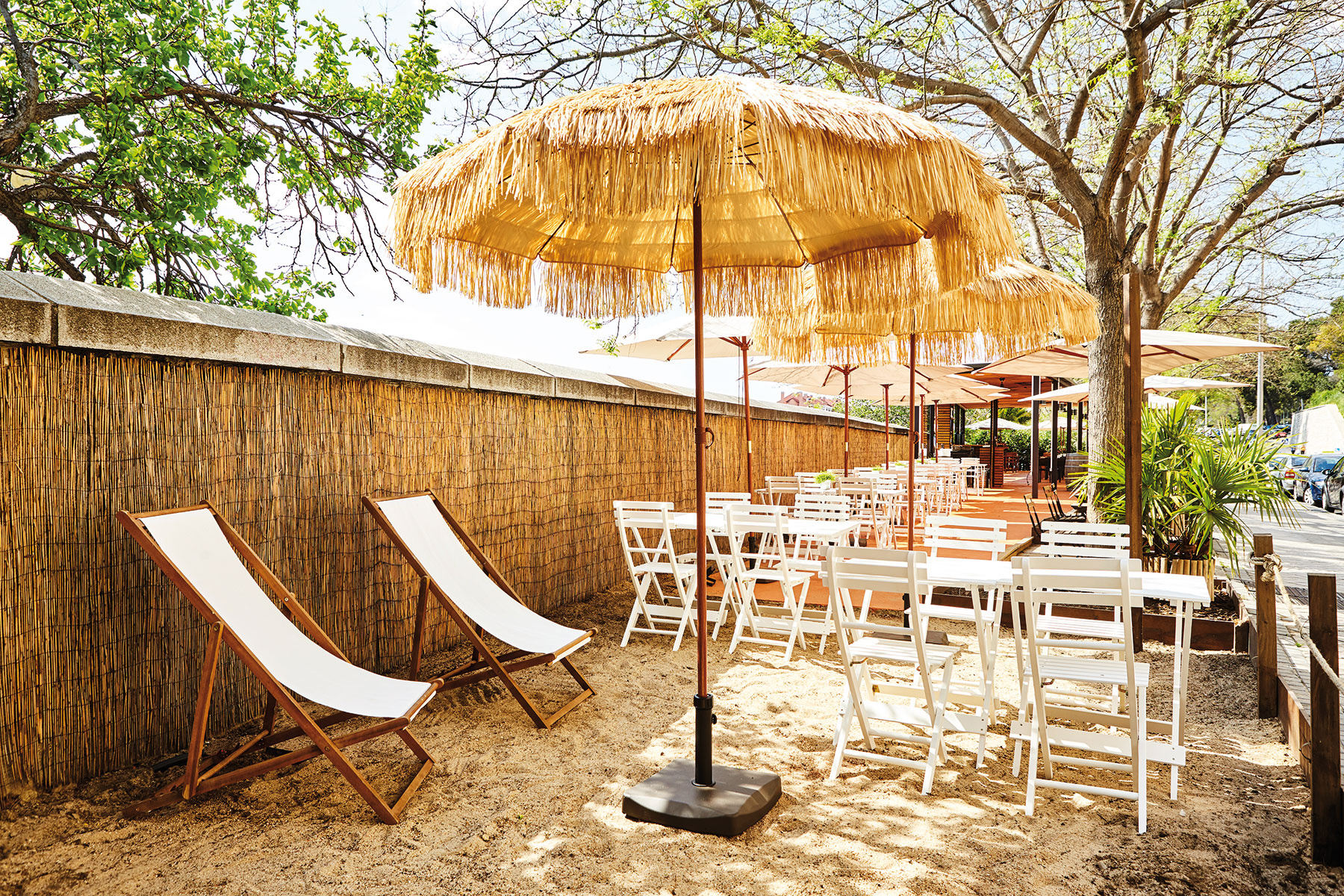 CAFÉ DEL REY BEACH CLUB: Although Madrid does not have beach, the terrace of the Café del Rey Beach Club can be something similar. Next to the Plaza de España and the Gran Vía, the summer atmosphere of a coastal city with sand, vegetation and shade spaces for the hours of sunshine emulates. 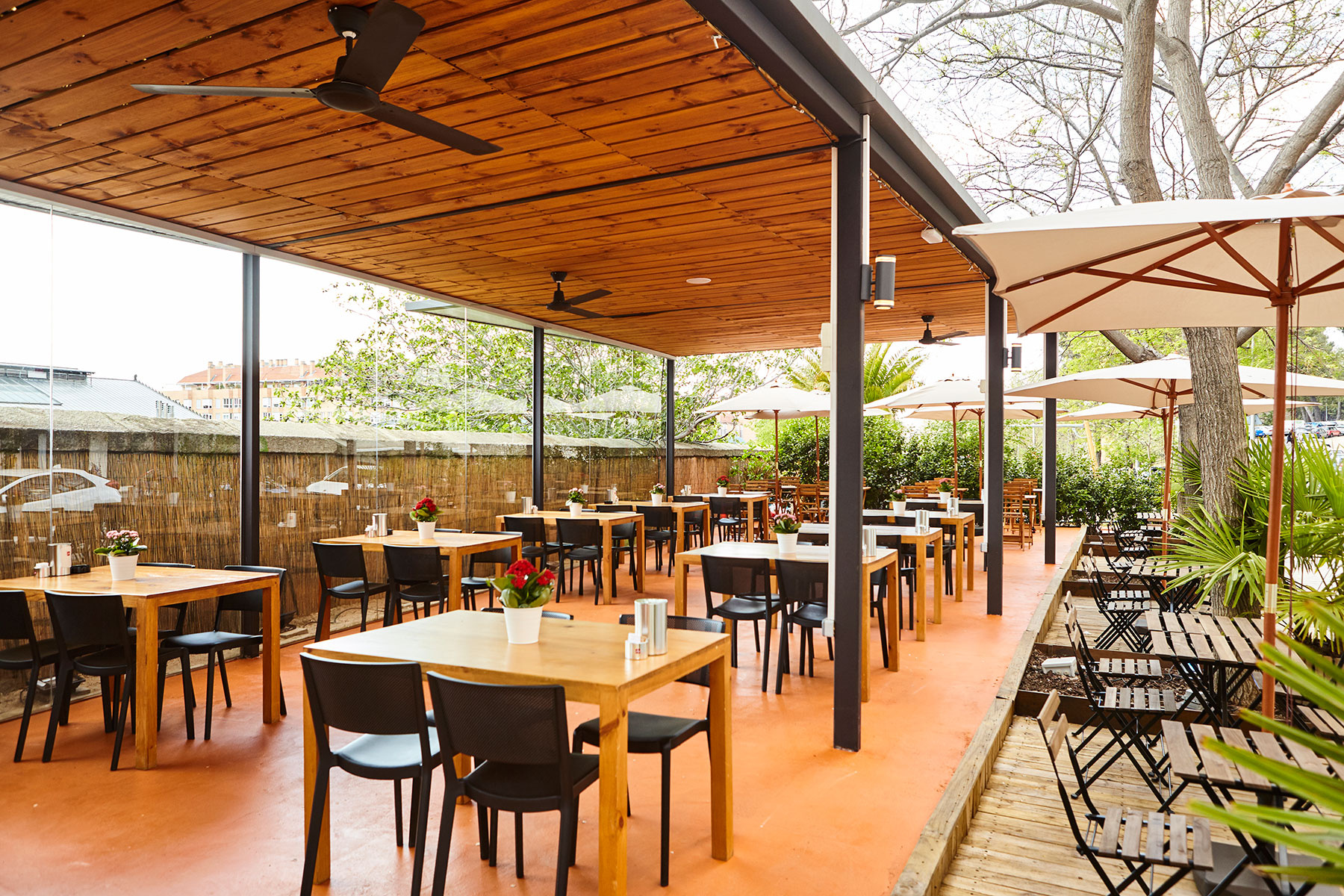 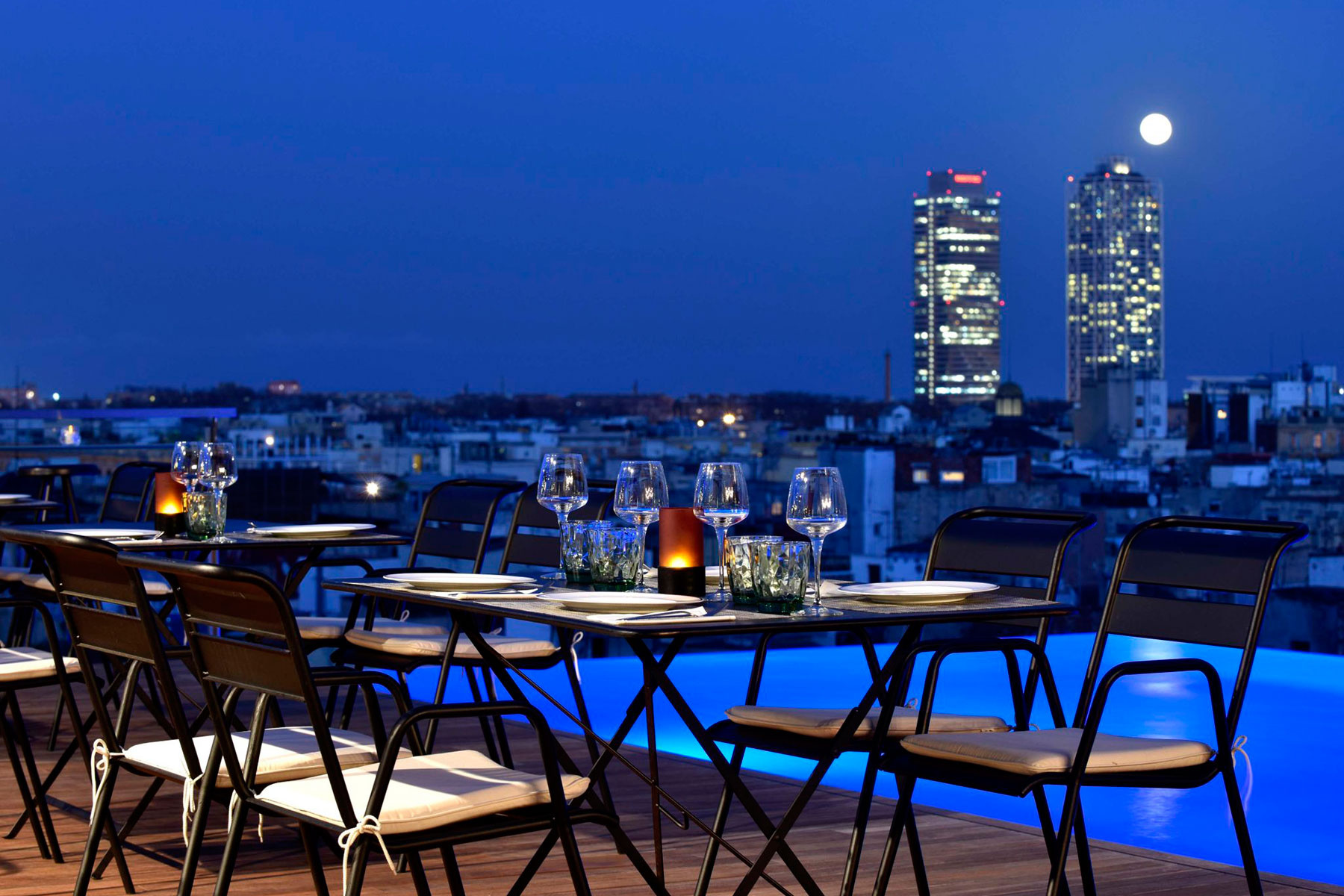 SKYBAR GRAND HOTEL BARCELONA: By day, the Skybar of the Grand Hotel Central Barcelona is reserved for its guests only, but after 21.00, it becomes one of the restaurants with the best views of the city. 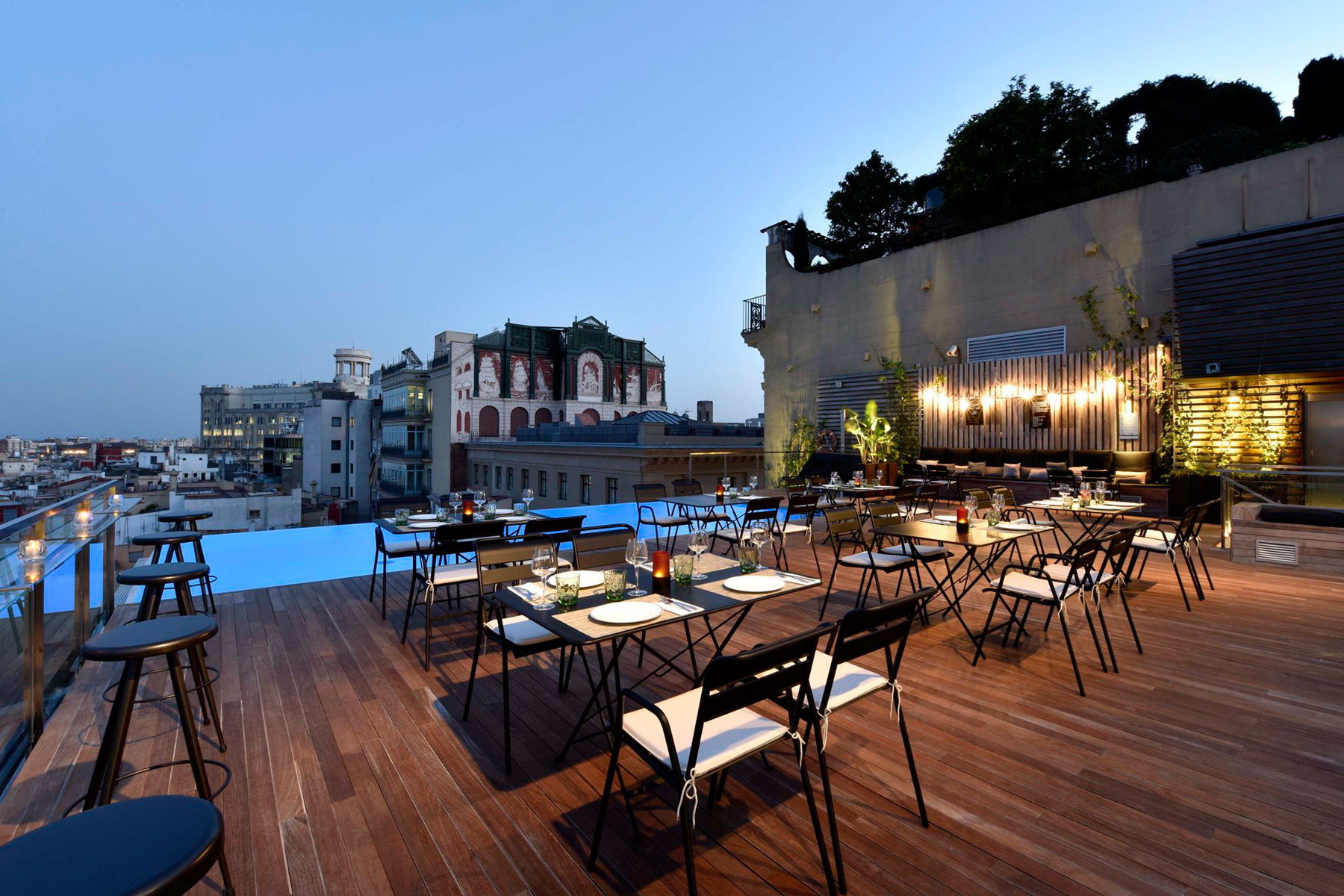 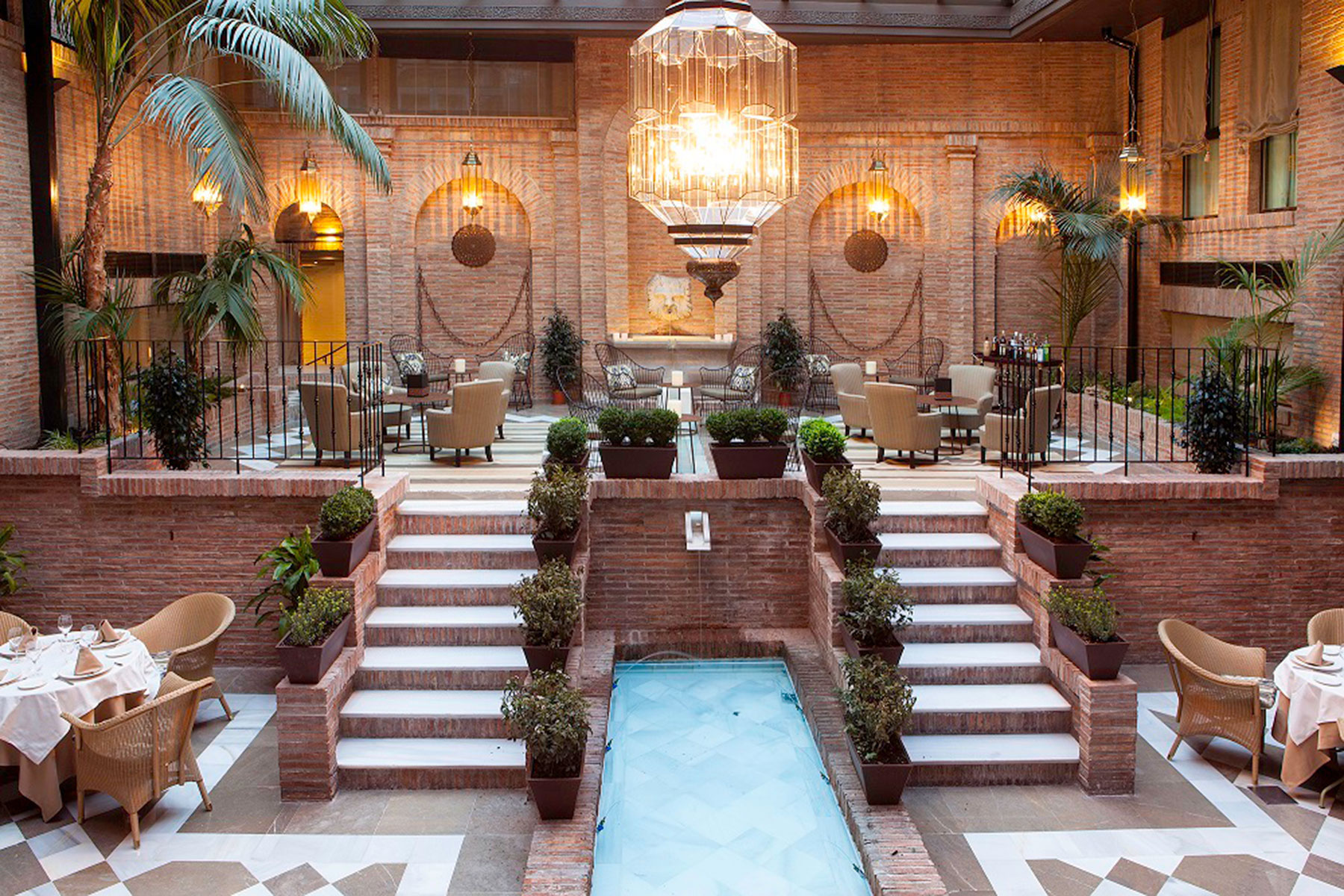 VINCCI ALBAYZÍN: In the heart of Granada, the Vincci Albayzin hotel hides an impressive patio that, although not a terrace as such, may be the perfect place for a dinner. The courtyard, which houses the restaurant La Acequia, is decorated with typical Andalusian tiles, marble columns and a fountain in the central part. We may believe we are in one of the courtyards of the Alhambra. Race of the Virgin, 4. Granada. 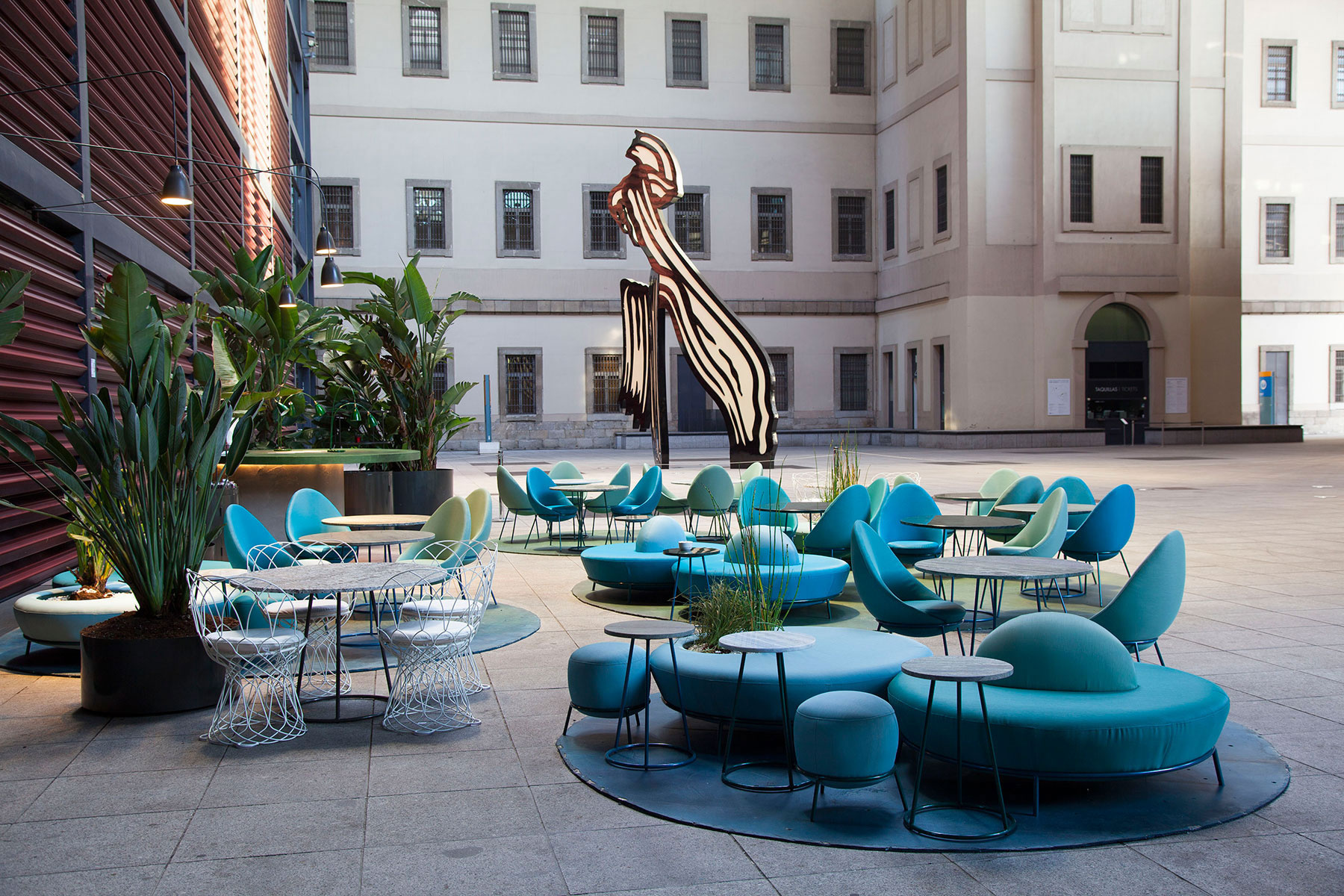 NUBEL: Like the NuBel restaurant, located in the courtyard of the Reina Sofía Museum, its terrace has been designed entirely by More-co around the same idea: the importance of the circle. The responsible for the production of the furniture, in blue tones on terrace, has been the Galician company BMC and the fabrics are of Vescom. 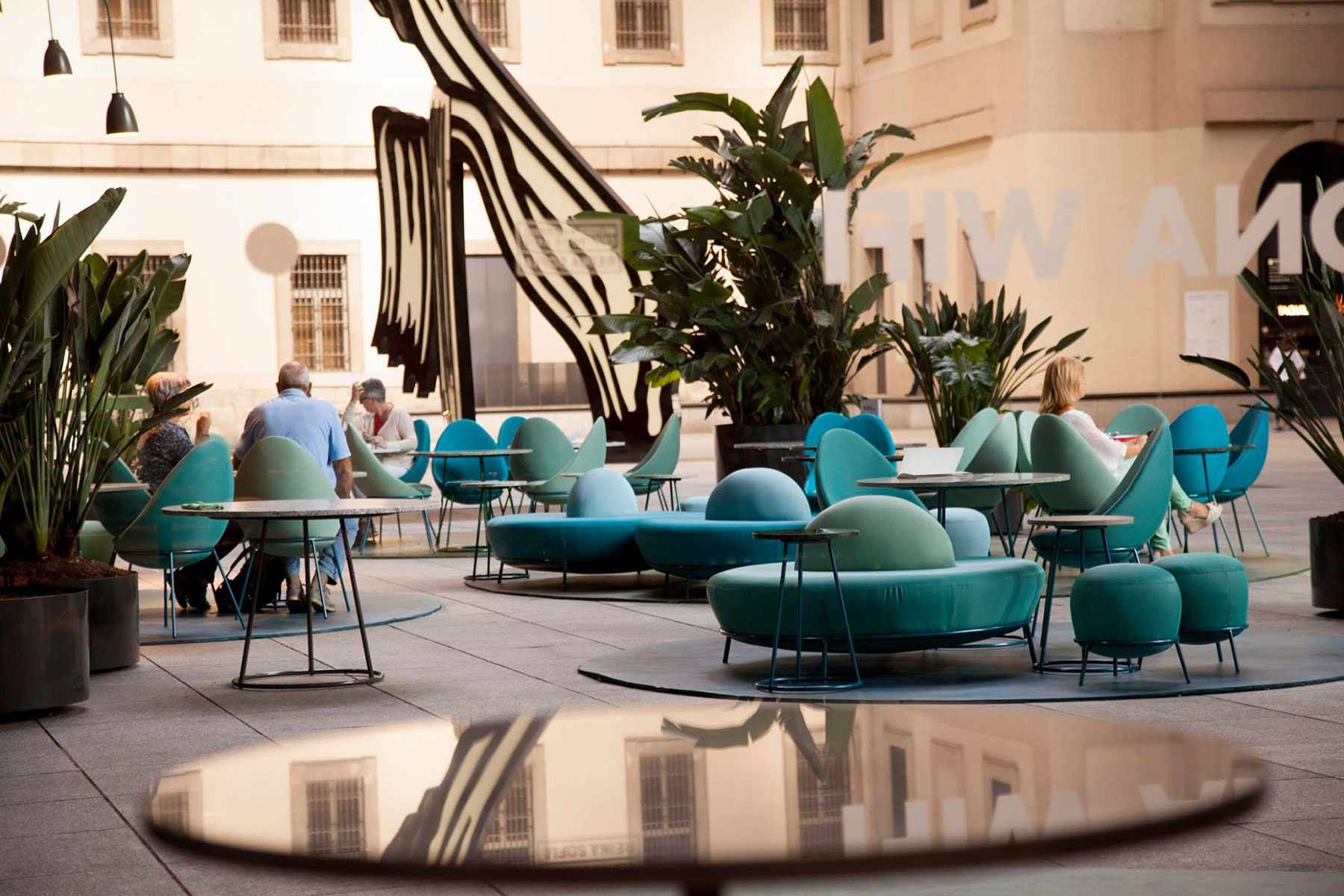 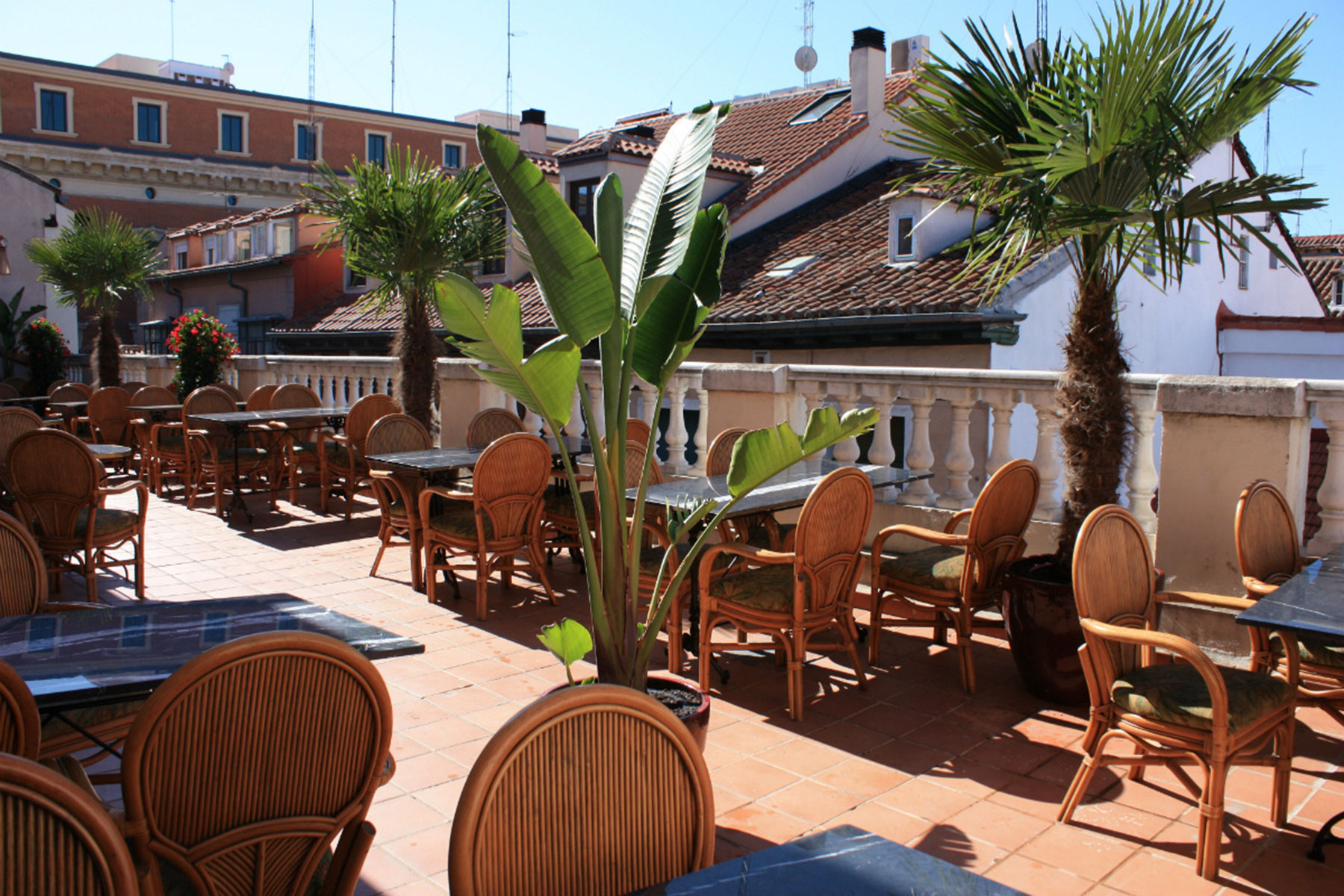 CUBANISM: On the third floor of El Paracaidista is the Cocktail Cubanism. Of obviously Cuban and decadent inspiration that Hemingway might well have imagined, it has a palm-fringed terrace on the Calle de la Palma with a vintage air decor. Calle de la Palma, 10. Madrid 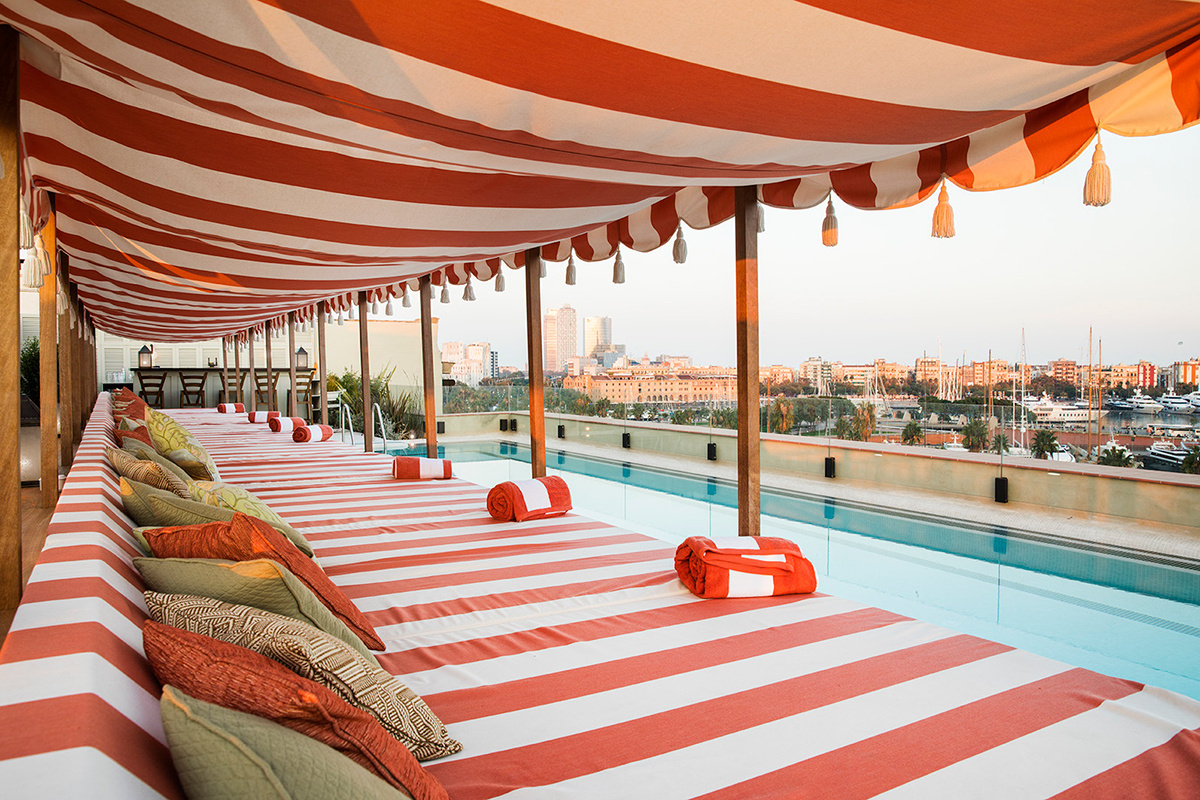 SOHO HOUSE BARCELONA: Soho House opened its 18th private club with rooms (not a hotel) in Barcelona at the beginning of the year. Located in a modernist building facing Port Vell, its terrace with swimming pool and rest areas is one of its strengths. 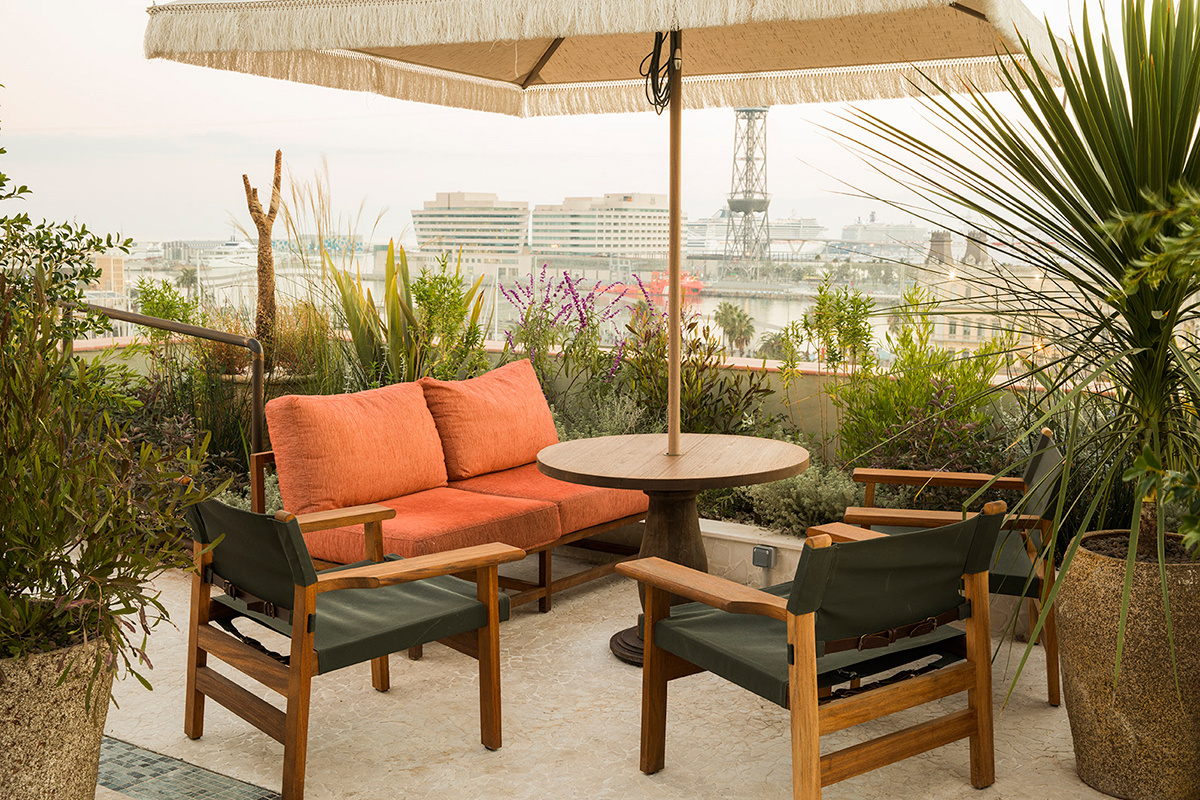 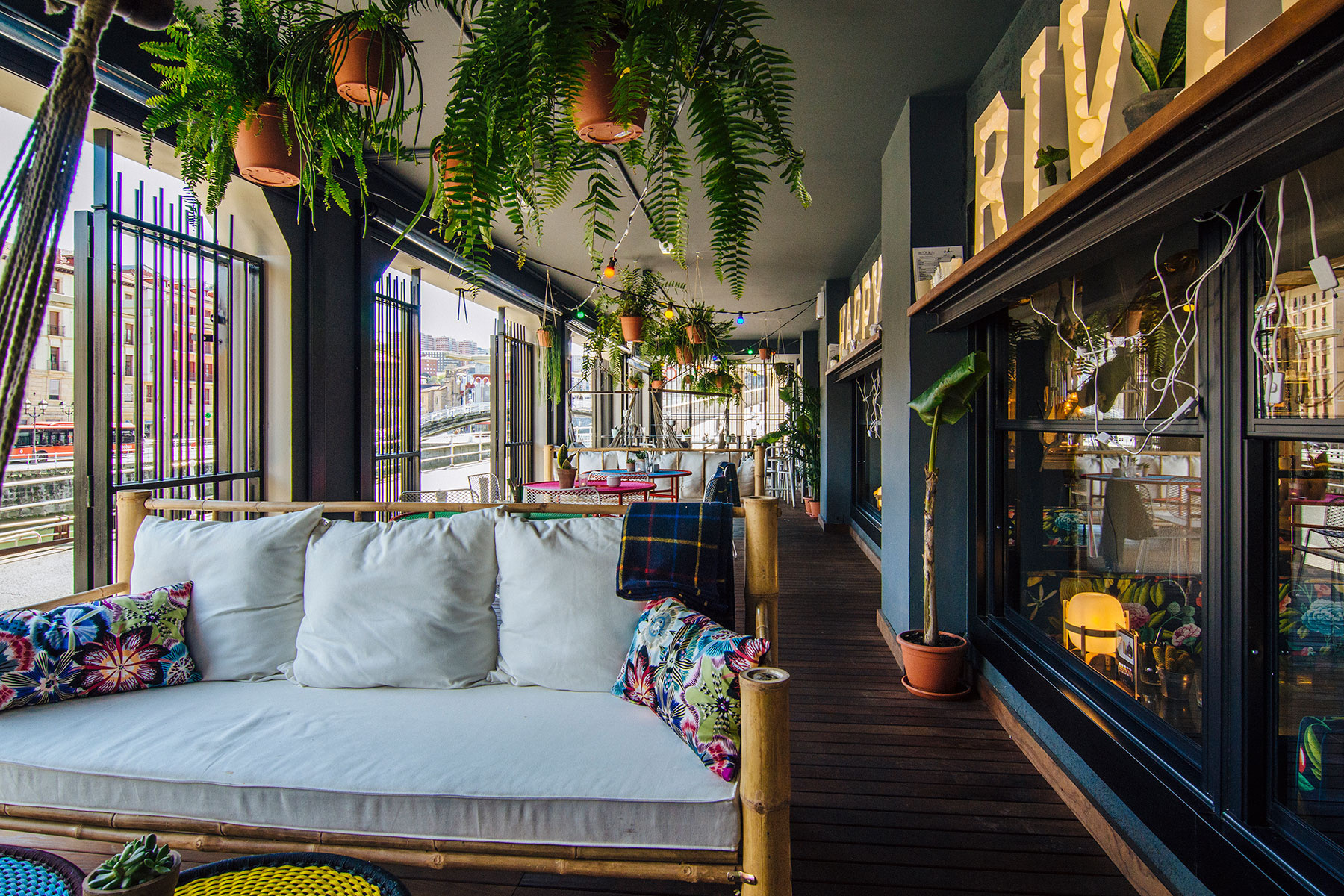 HAPPY RIVER: The Happy River restaurant in Bilbao surprises with its air between tropical and cosmopolitan and with its little usual terrace, in which it combines wood, marble, colors and natural plants. With more than 100 square meters of surface, it allows to contemplate the river of the city lying in some of the hammocks of the firm Flamant. If you want to know more about Happy River we have already told you about it here. Mesedeetako Kaia, 4. Bilbao 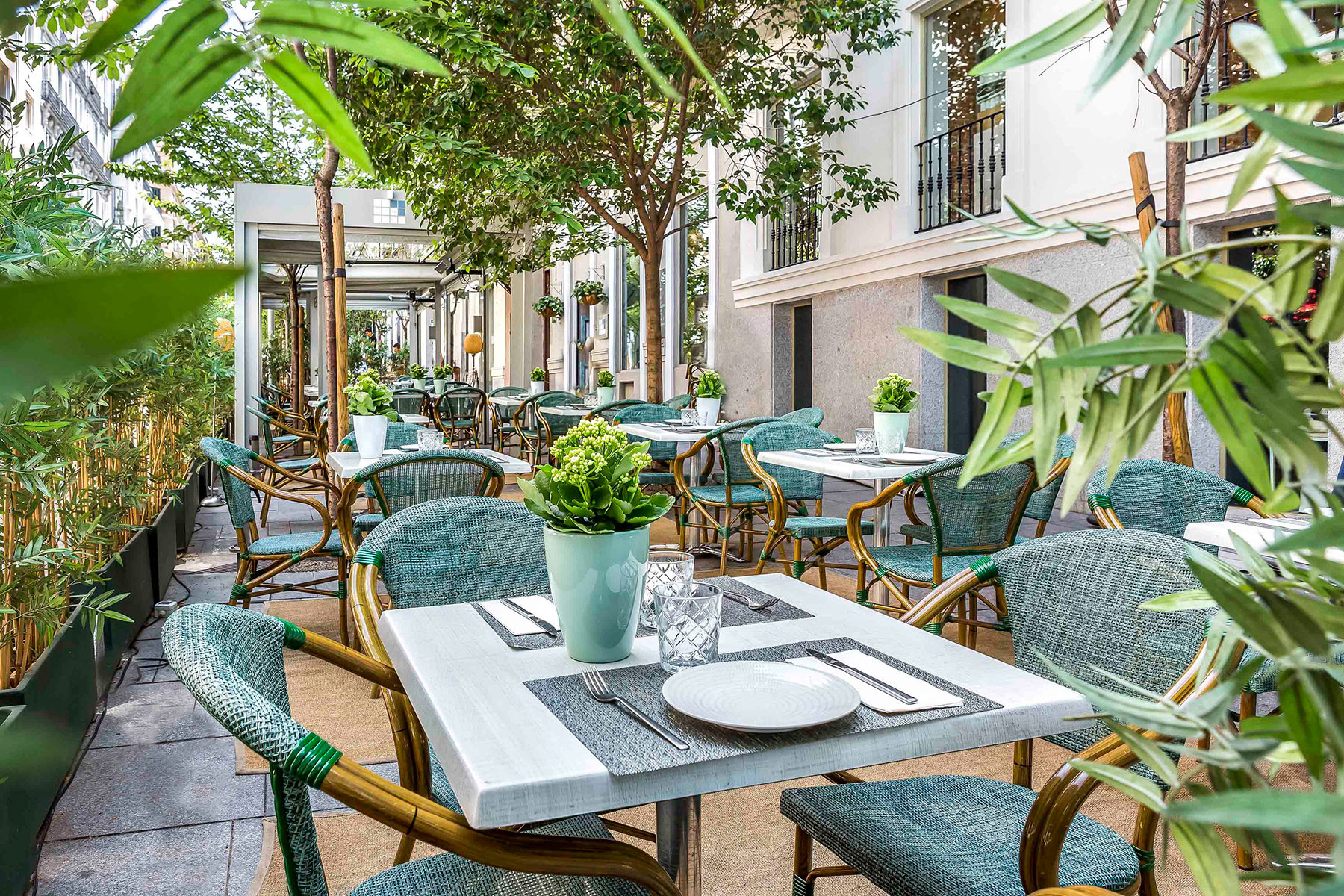 LA VANDUCA: With a clear Mediterranean air and covered with vegetation, its terrace is one of the attractions of La Vanduca restaurant in Madrid. Designed, like the interior, by the interior designer Sofía Calleja, it is the ideal place to taste the menu of this place run by the brothers Van Dulken, in which they mix the Asian and Mexican cuisine with recipes of a lifetime. Calle Columela 2, Madrid 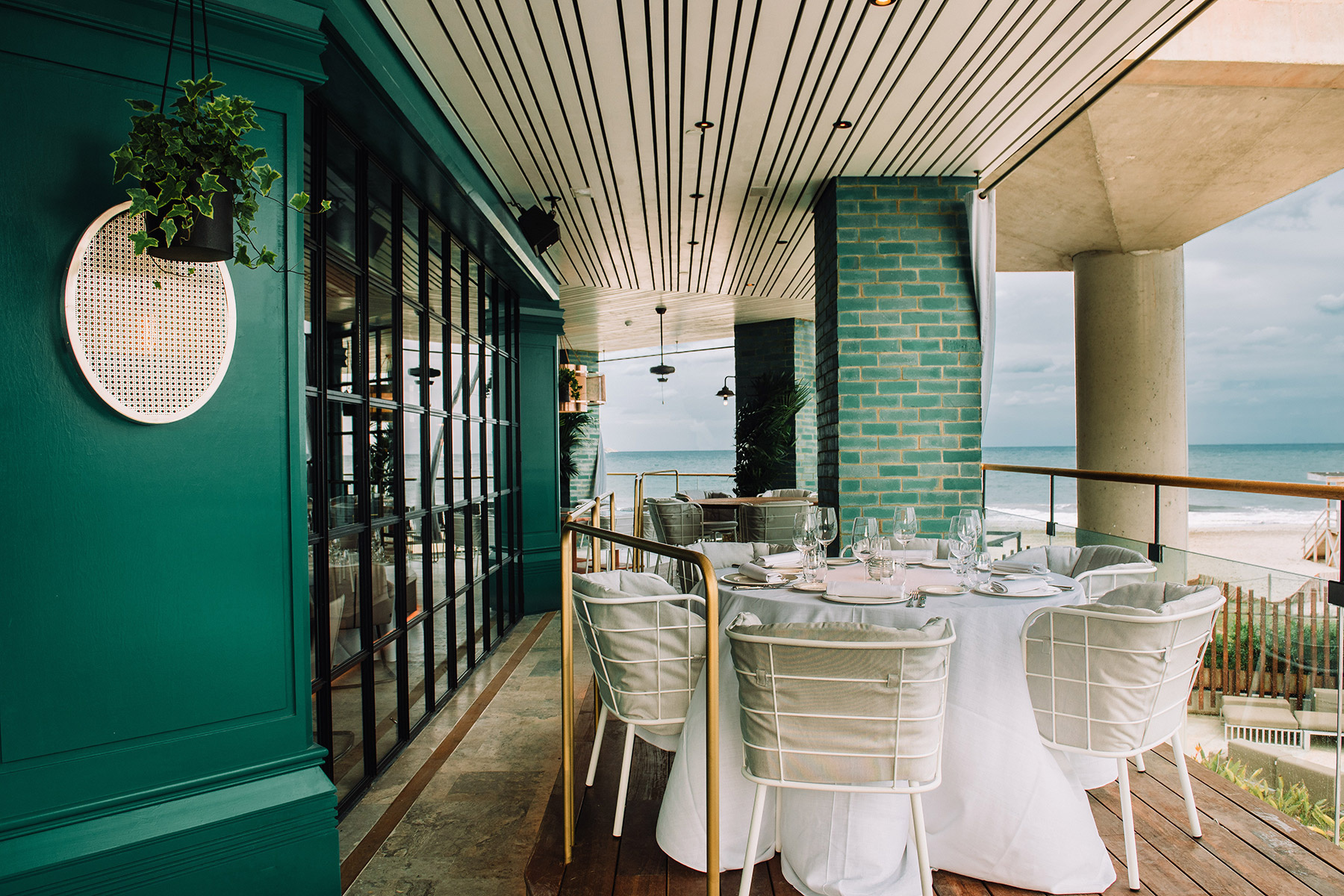 TATEL IBIZA: Three of the founders of this restaurant in Ibiza are Pau Gasol, Rafa Nadal and Enrique Iglesias, so it goes without saying that it will almost certainly be plagued by celebrities. Its large terrace, overlooking the Platja d’en Bossa, is sure to be one of your favorite places. 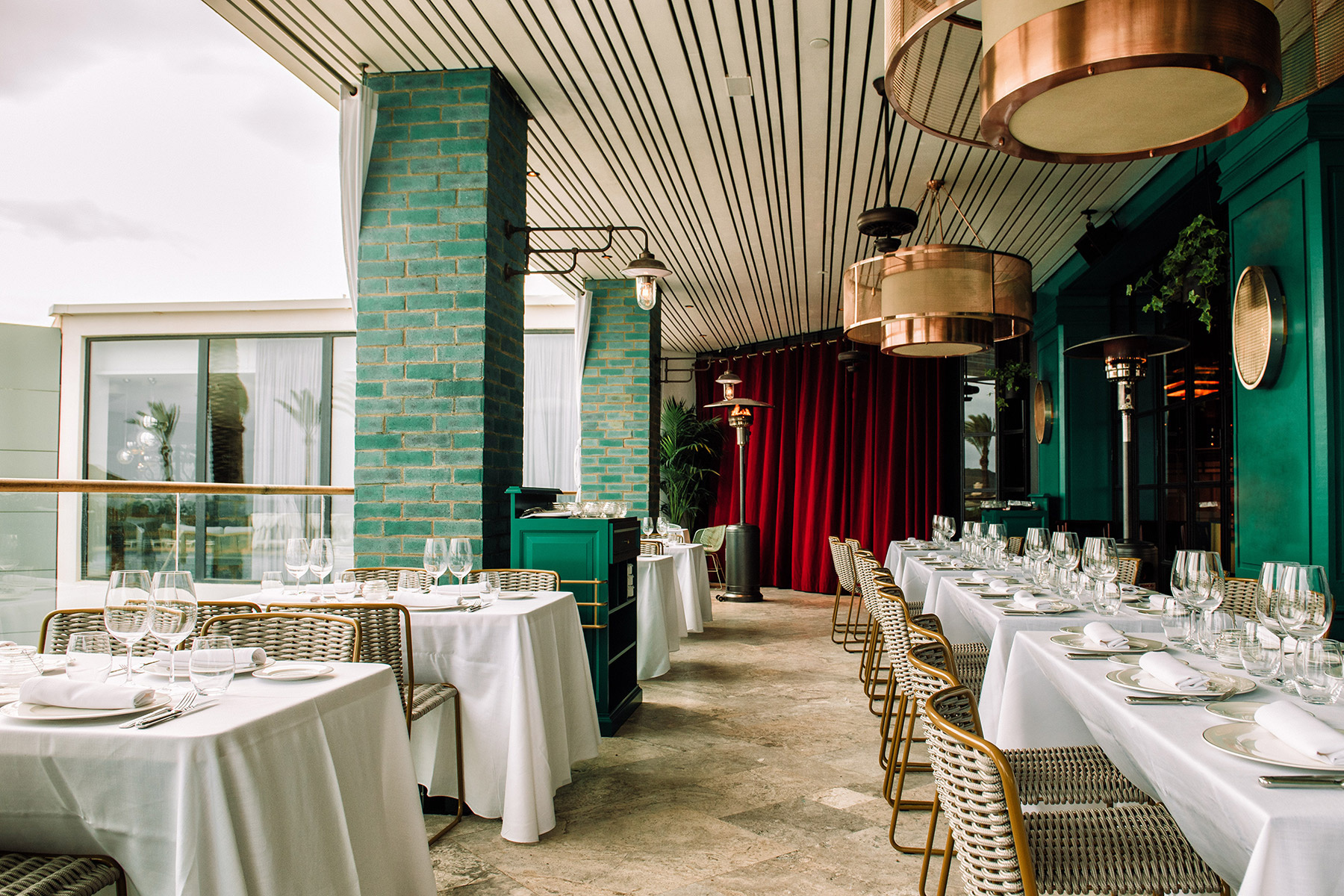