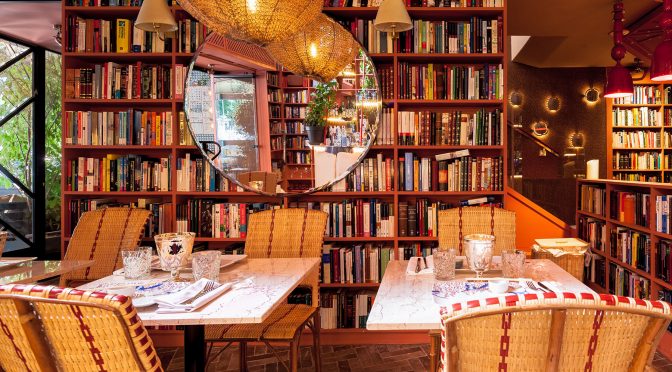 Your new favorite JAPO in Madrid.  The Sushita Group breaks molds with its new restaurant. More is more in Madame Sushita. Far from minimalism and industrial style, Japan eats, drinks and enjoys itself on the Paseo de la Habana. 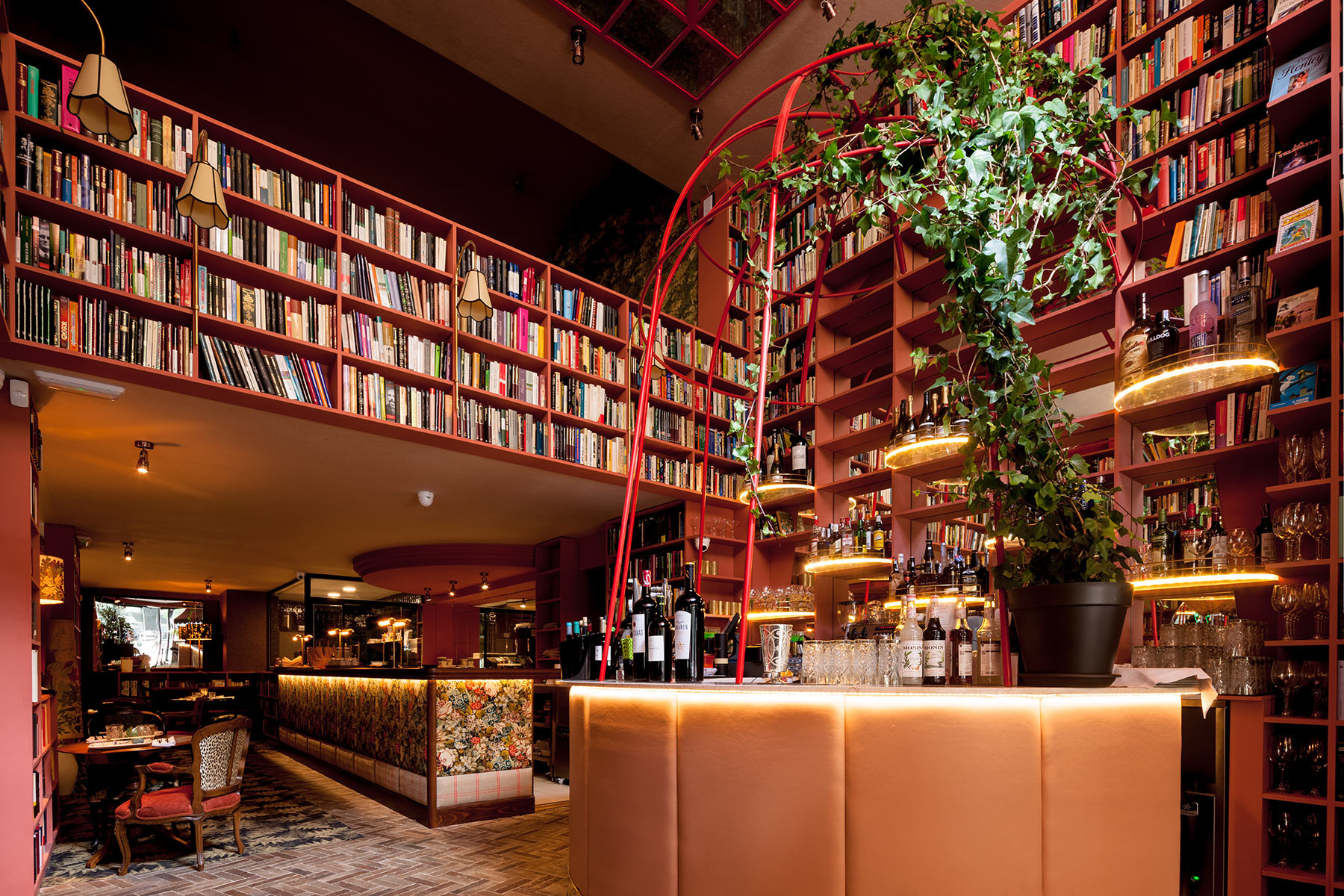 “We wanted to do something totally unusual,” says Sushita’s founding partner Sandra Segimon. The fourth place of the group in Madrid rebels against minimalist aesthetics and makes excesses their best presentation letter. And the idea works. Inspired by the Japanese standards of 1867, when the country participated in the Universal Exhibition in Paris, Madame Sushita recreates the entrance of Japanese art in France and the well-understood mix of both styles. 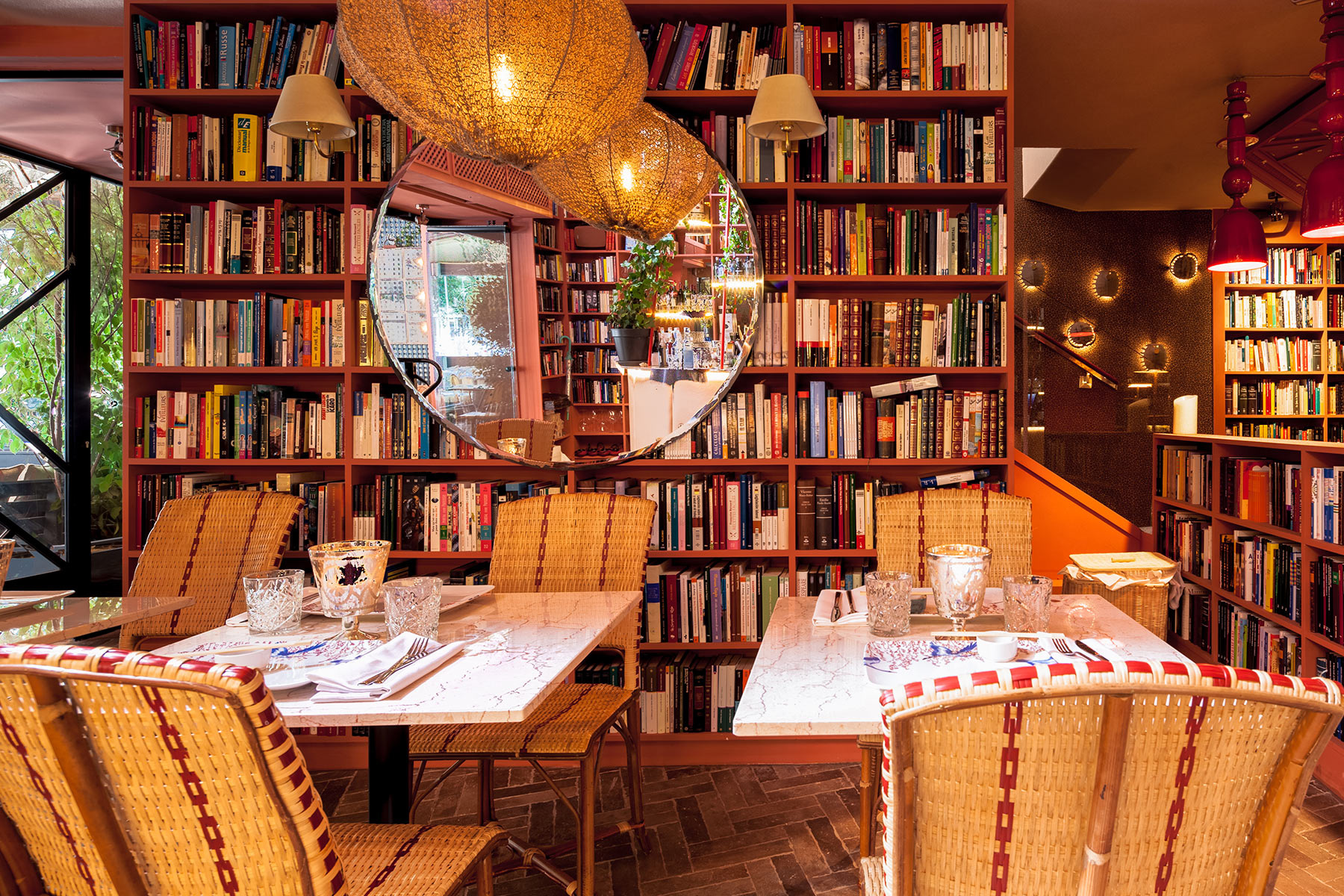 Inside, a vertebrate bar with a rosy pergola welcomes the diners. From the pergola drops a climbing plant that evokes the aesthetics of the abandoned houses of the 1920s. Two large reddish-colored shelves complete the scene. In total, the bookstore houses about 14,000 books. “This reminded us of those times when the living rooms of the houses were very special,” says Segimón.

That decadent air of the entrance continues in the rest of the space of the place. The furniture, the floor and the use of the velvet take care of it. For the most part, the furniture comes from the déballage of Lille and Le Mans. The interior design team has respected the state of the furniture wood to recreate that decadent and melancholic air that the restaurant gives off. Orient meets the West through furniture and the resulting mixture of Regency style chairs, Art Nouveau vases and lamps with Japanese motifs and crystal base. 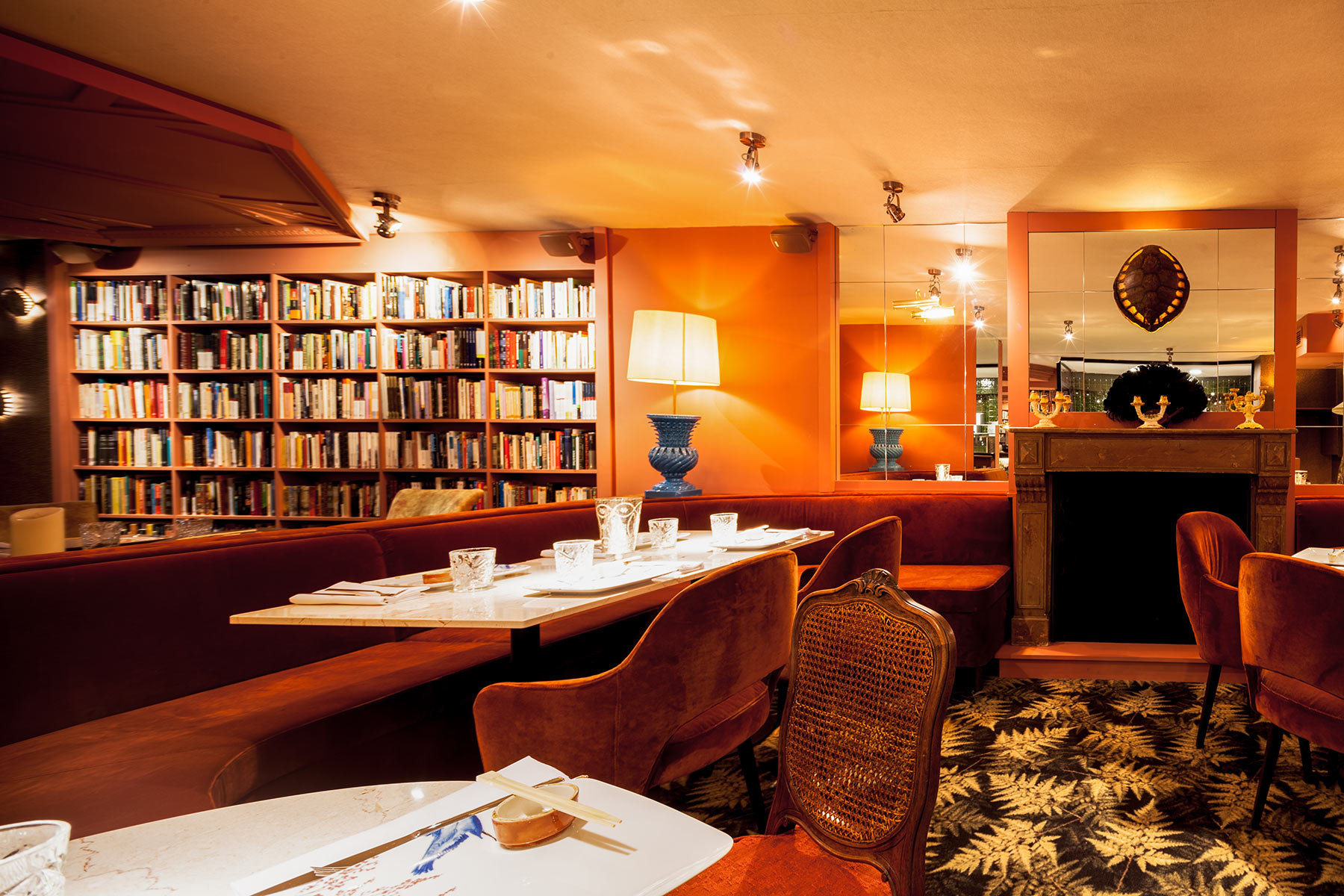 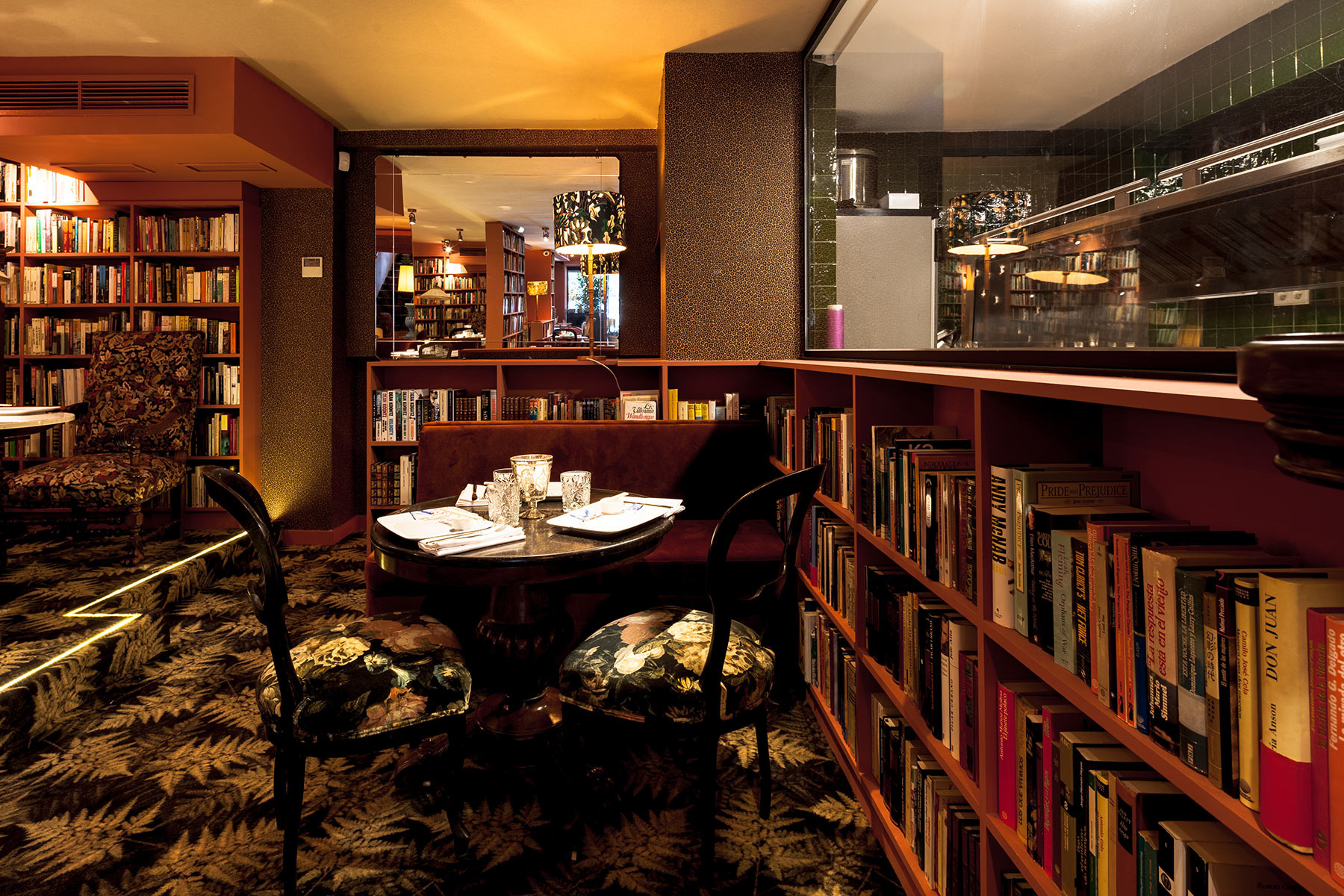 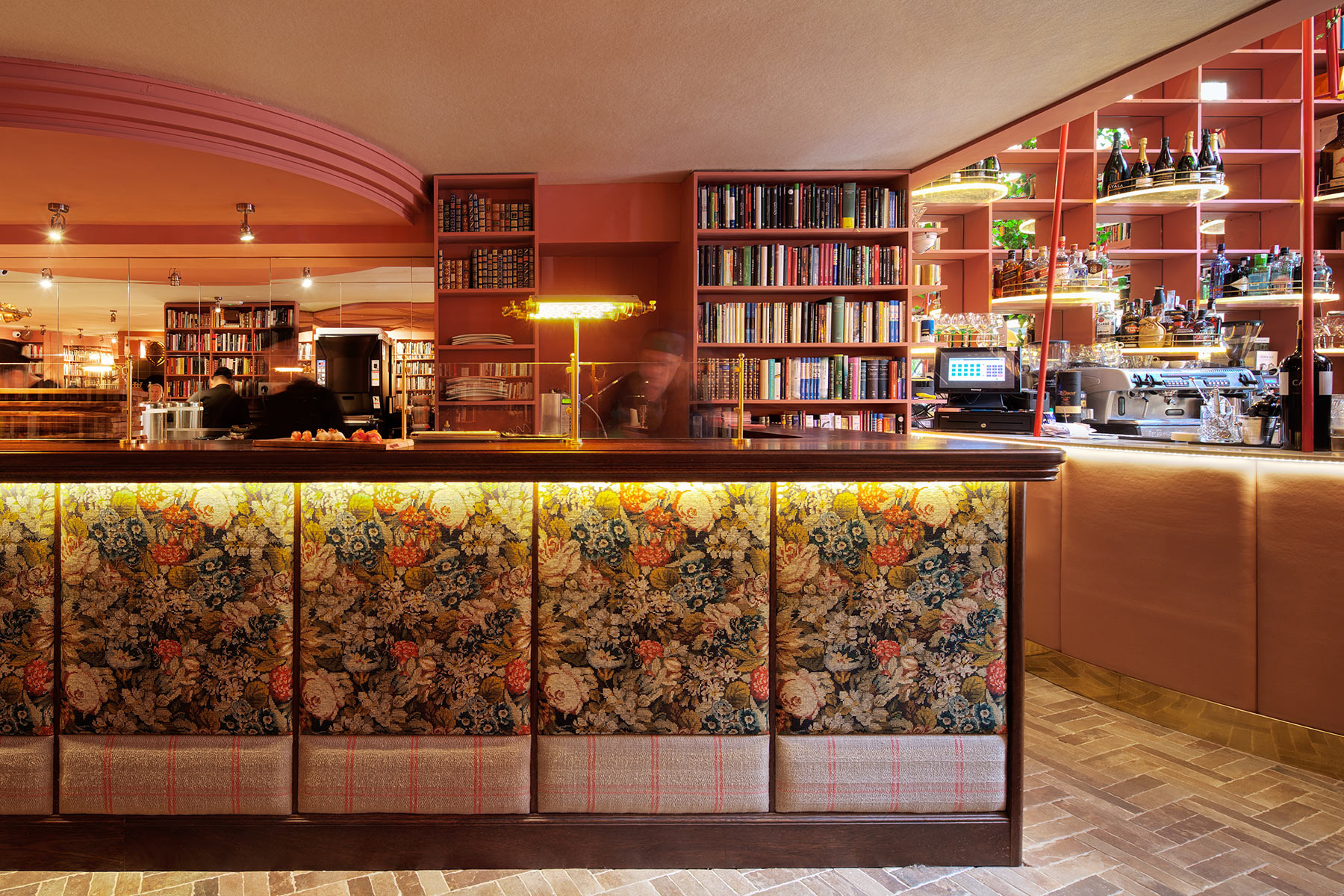 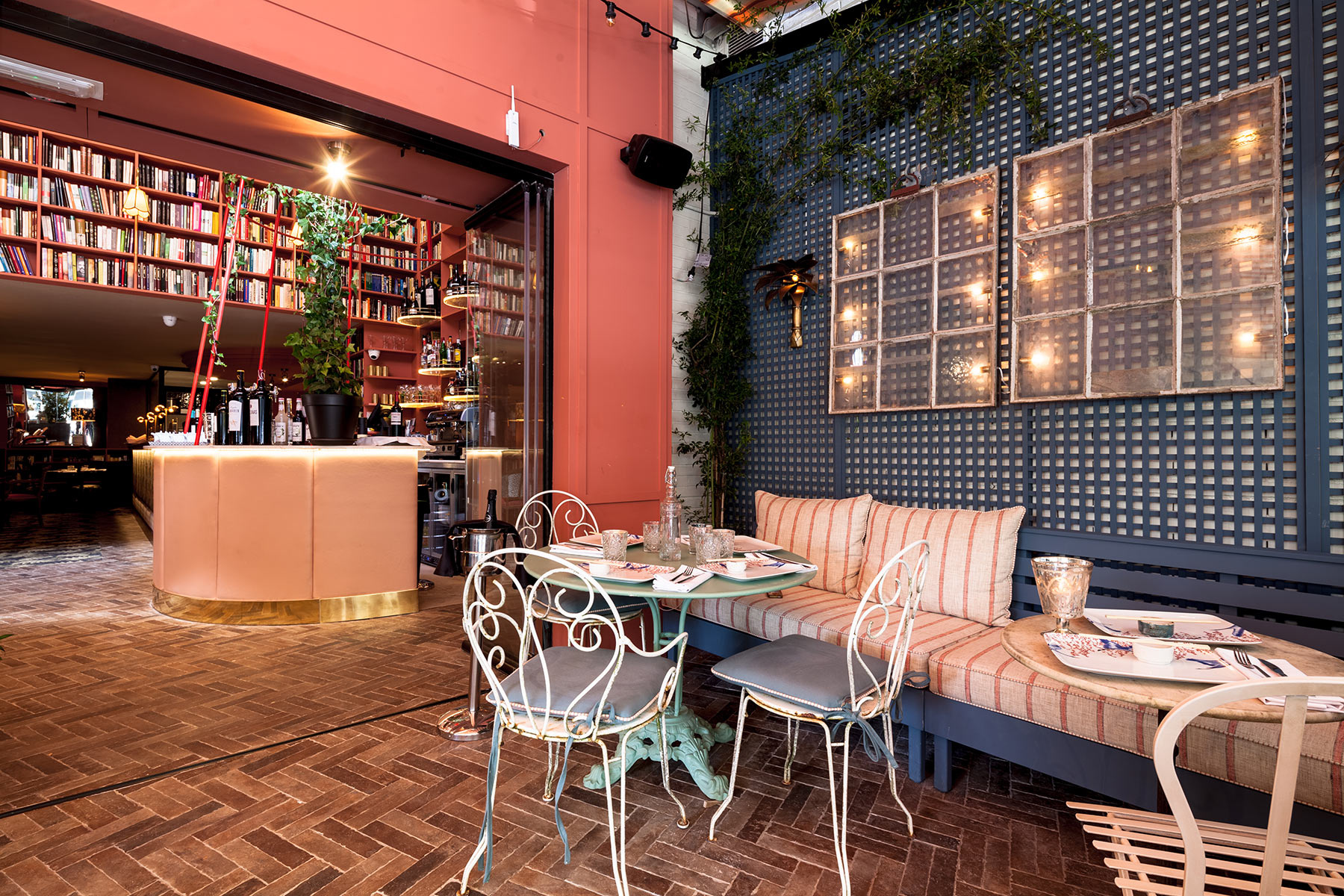 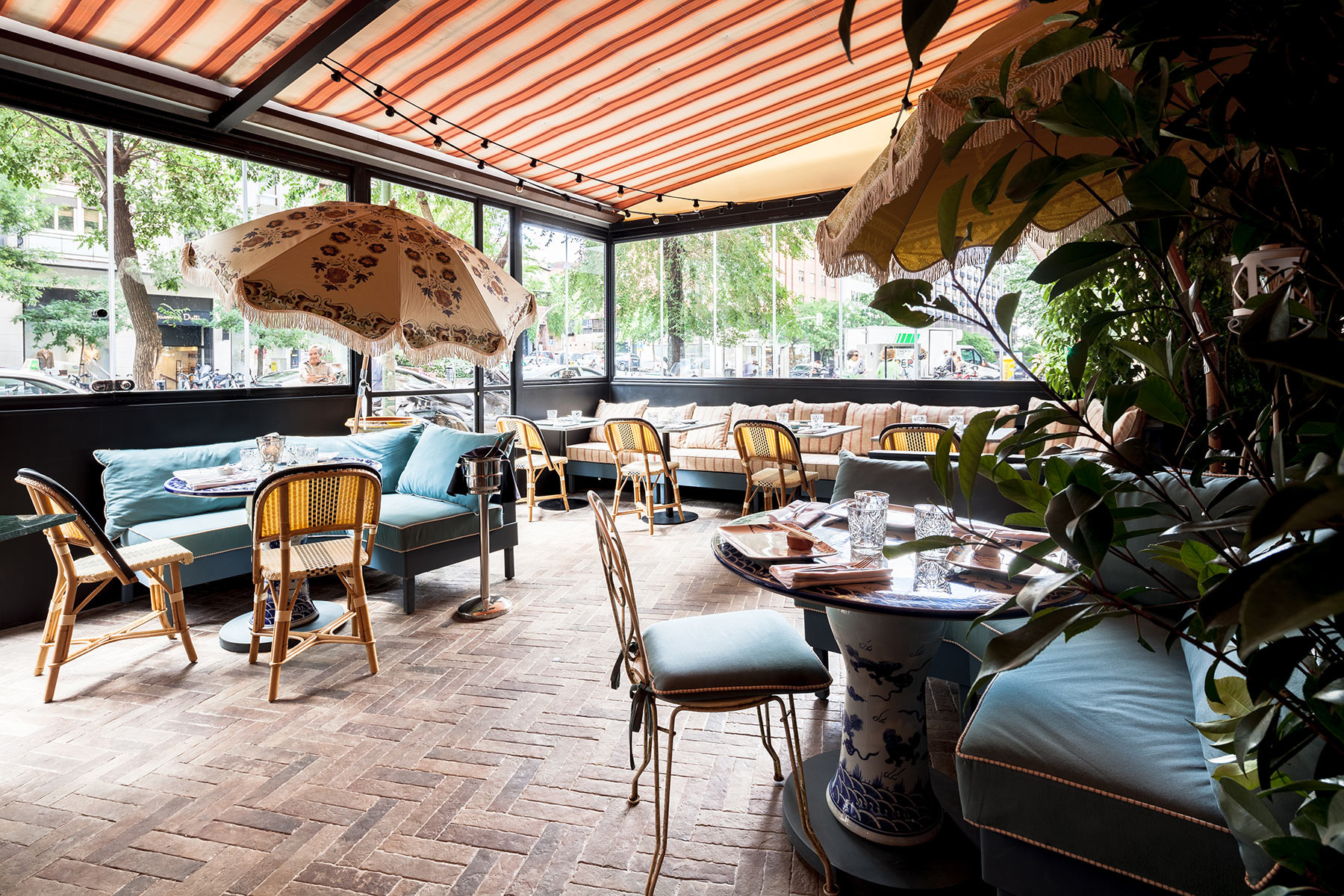 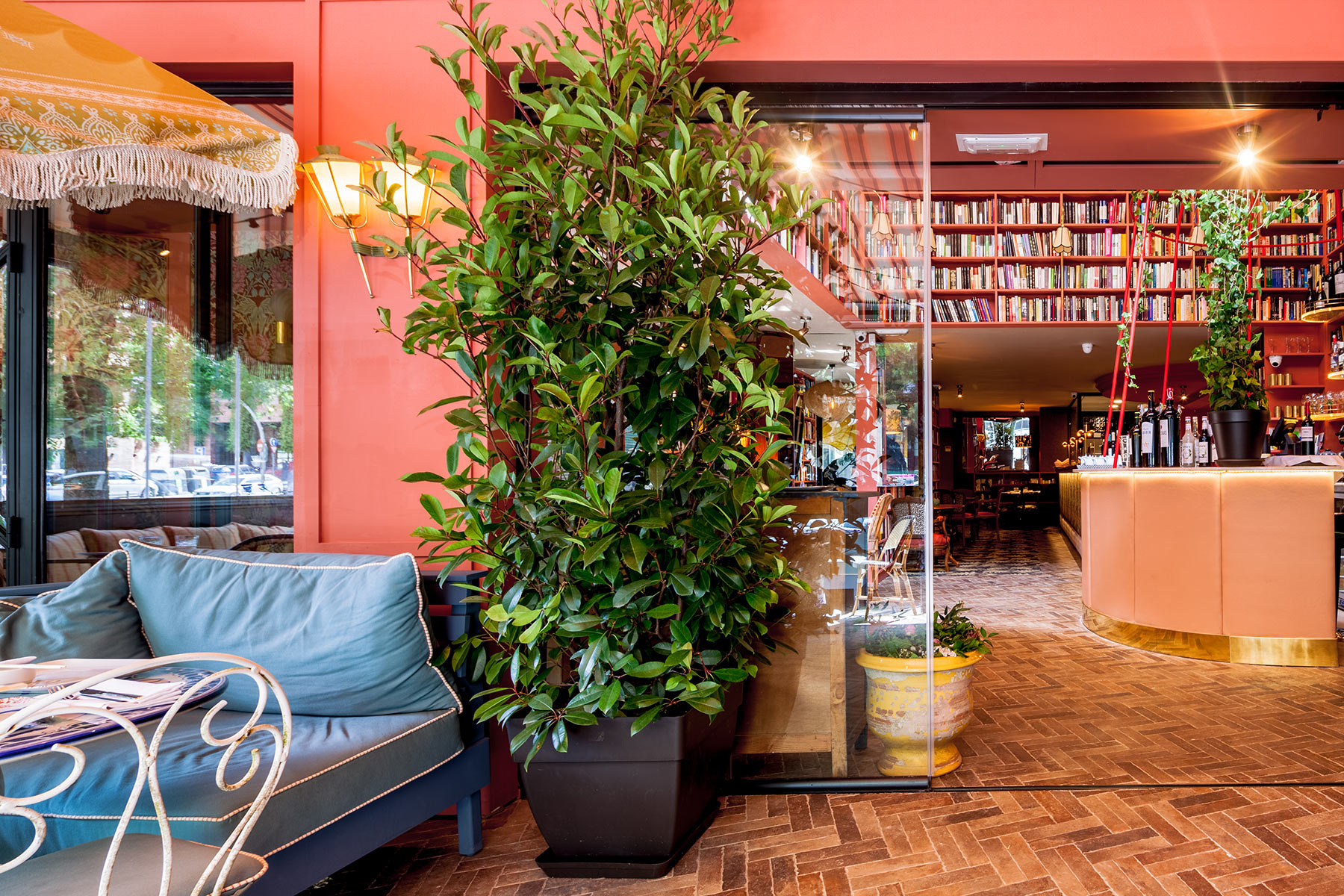 In this mixture of styles the color is essential. The tables of pink and green marbles combine with the reddish tones chosen for the upper part of the restaurant. In addition to looking up, in Madame Sushita the ground is also important. An English-style green rug stands out with the reddish velvet of the benches and Regency style chairs. “There are times that you have to go to things that are in disuse and out of wave so that it becomes a special style,” says Sandra Segimón.

Recovering and exploiting the potential of the terrace was another of the premises of the group. In space, as if from an English-style garden, wicker chairs, antique iron furniture and flower-patterned umbrellas to keep out of the heat flow. The key element of the terrace are two large vases in blue and white oriental style and used as a stand for the tables.