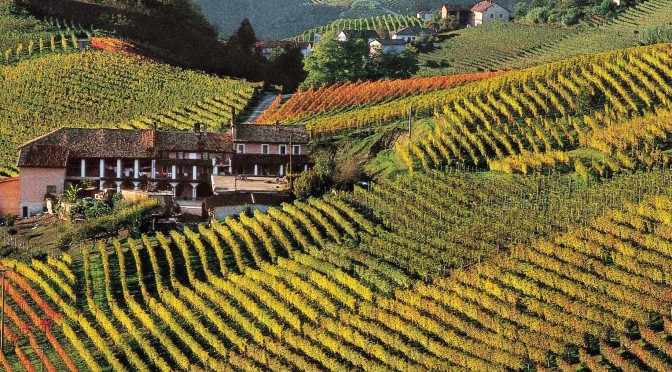 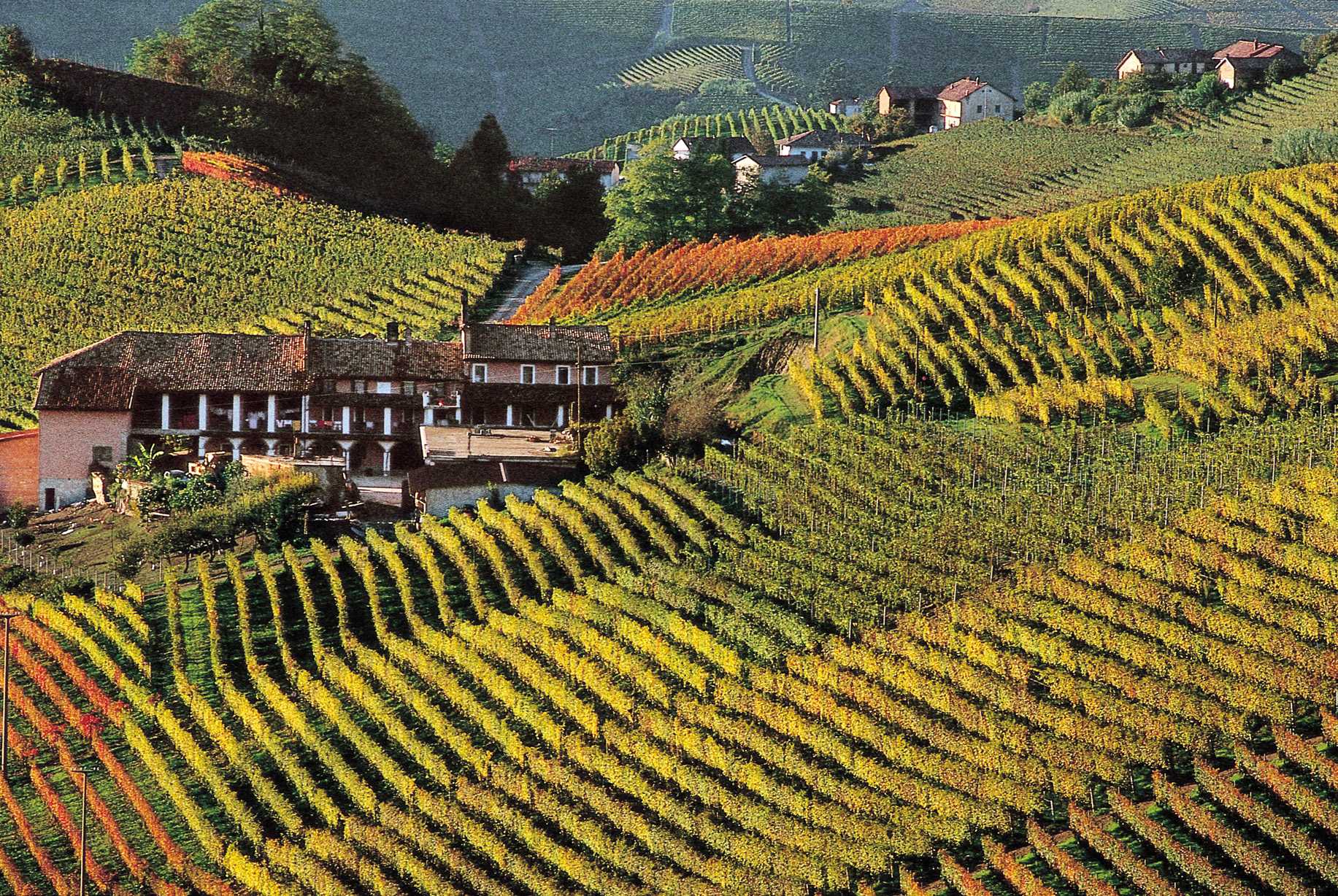 Europe is, and always have been, a place to discover new and old things. Among all that, old places for them are newly and refreshing new places for us. Europe is magic and history at the same time, a place for an incoming vacation that we are always planning and wanting to come true.

Here we give you the best European Villas to get to know during that vacation trip, places when you get to know the real European culture and food in its original form. 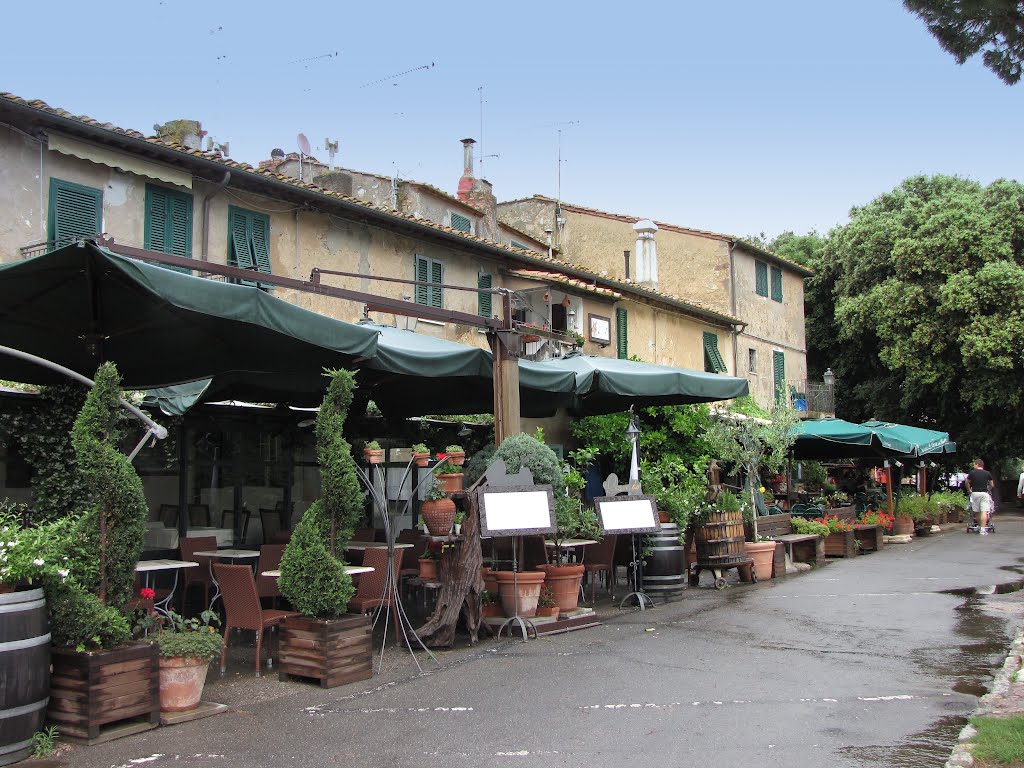 Bolgheri is located in the comune of Castagneto Carducci, a few kilometers north-west of the capital and lies in the Province of Livorno in Italy, on the foothills of the Colline Metallifere, south of Bibbona.

How to Get There: Bolgheri is a 40-mile drive south from Pisa.

Staufen im Breisgau is a German town in the Breisgau-Hochschwarzwald district of Baden-Württemberg. It has a population of approximately 7,800 inhabitants.

How to Get There: Staufen is 75 minutes by car from Strasbourg.

Where to Stay and Eat: Hotel-Gasthof Kreuz-Post (doubles from $136) has five rooms in patterned fabrics. Try duck breast, savory mushroom crêpes, and blood-sausage risotto at its restaurant.

Local Take: Pick up a bottle of cherry or plum eau-de-vie at the Alfred Schladerer distillery, run by sixth-generation vintner Philipp Schladerer. 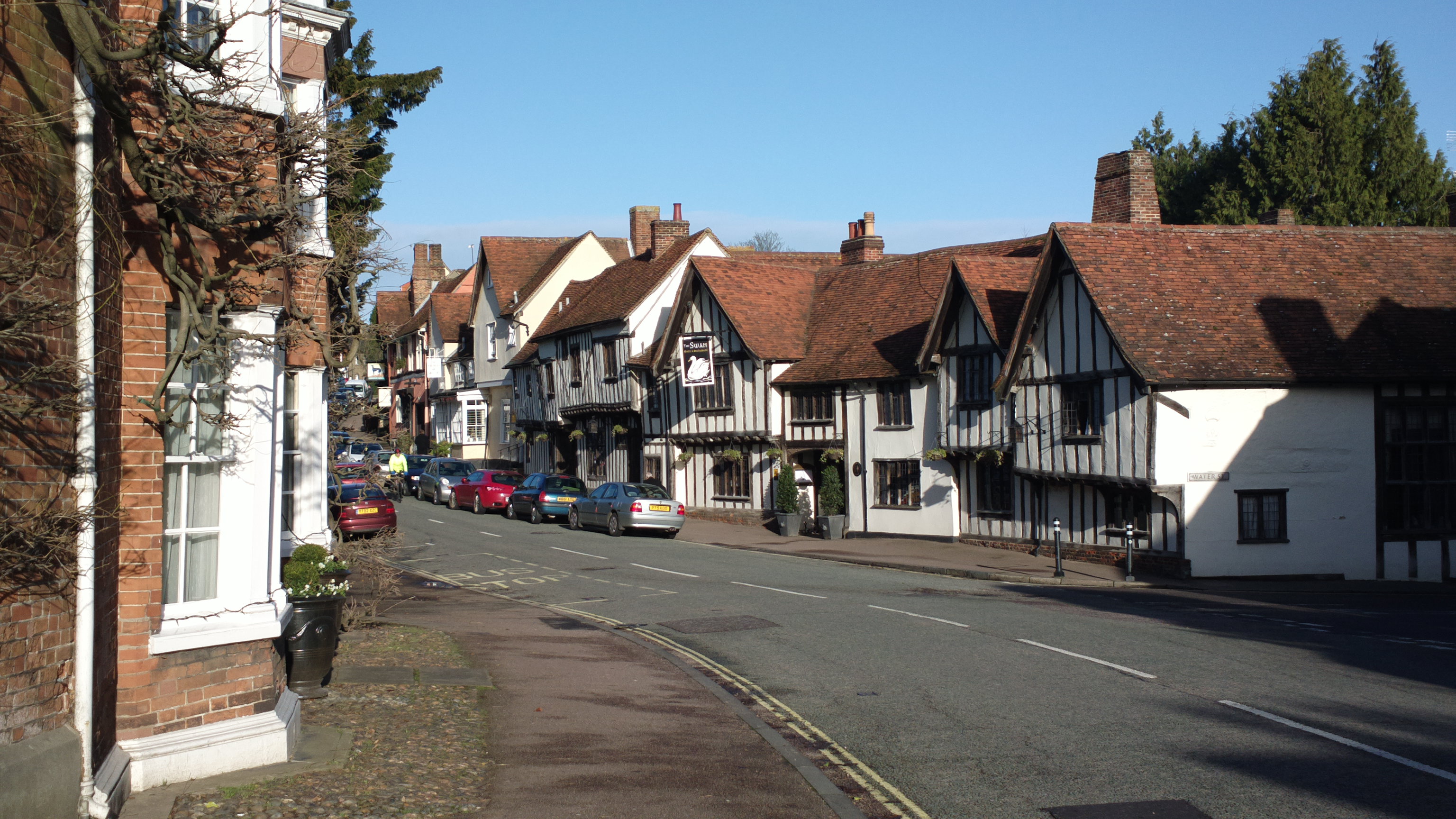 Lavenham is a village and civil parish in Suffolk, England. It is noted for its 15th-century church, half-timbered medieval cottages and circular walk. In the medieval period it was among the 20 wealthiest settlements in England.[2] Today, it is a popular day-trip destination for people from across the country along with another historic wool town in the area, Long Melford.

How to Get There: Trains depart London’s Liverpool Street Station several times daily for Stowmarket, 14 miles away. Or, get off at Colchester and take the Chambers 753 bus line into town.

Where to Stay and Eat:  The contemporary Great House Hotel (doubles from $162) is in Lavenham’s town center. The Great House Restaurant, with its gastropub take on English fare, is one of Suffolk’s finest. 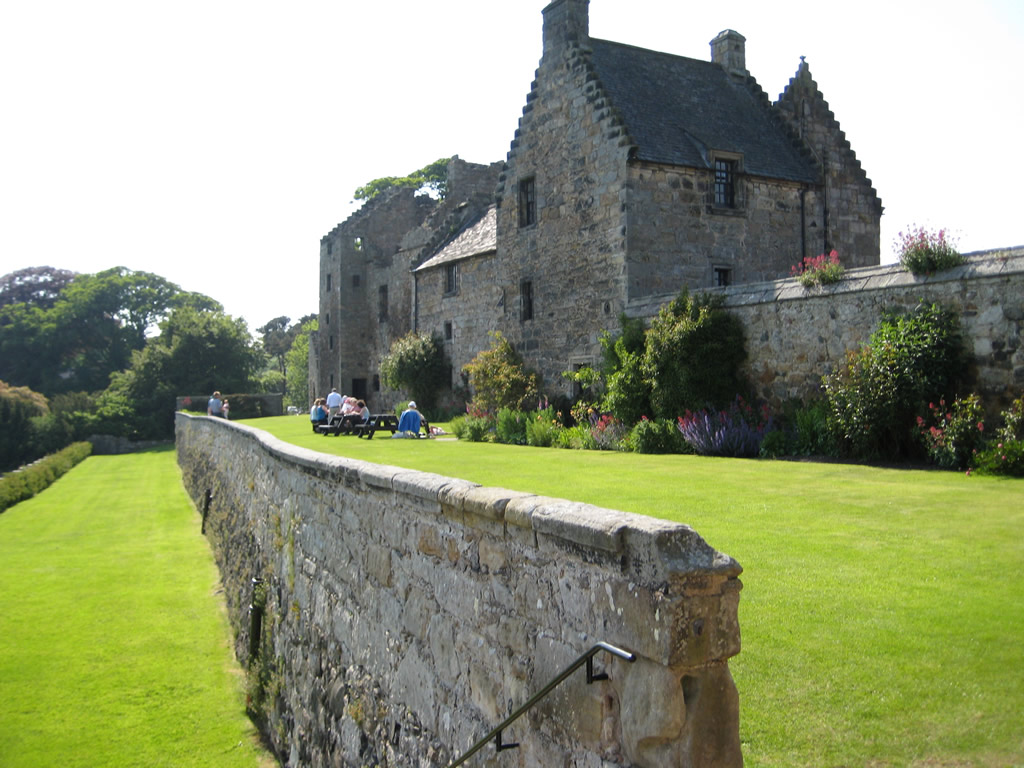 Aberdour is a scenic and historic village on the south coast of Fife, Scotland. It is on the north shore of the Firth of Forth, looking south to the island of Inchcolm and its Abbey, and to Leith and Edinburgh beyond. According to the 2006 population estimate, the village has a population of 1,680.

How to Get There: Aberdour is 30 minutes by train from Edinburgh.

Where to Stay and Eat: Great Value The Woodside Hotel (doubles from $140) offers rooms decorated in individual tartans. The bar, whose paneling came from a 19th-century passenger ship, serves local Highland beef. 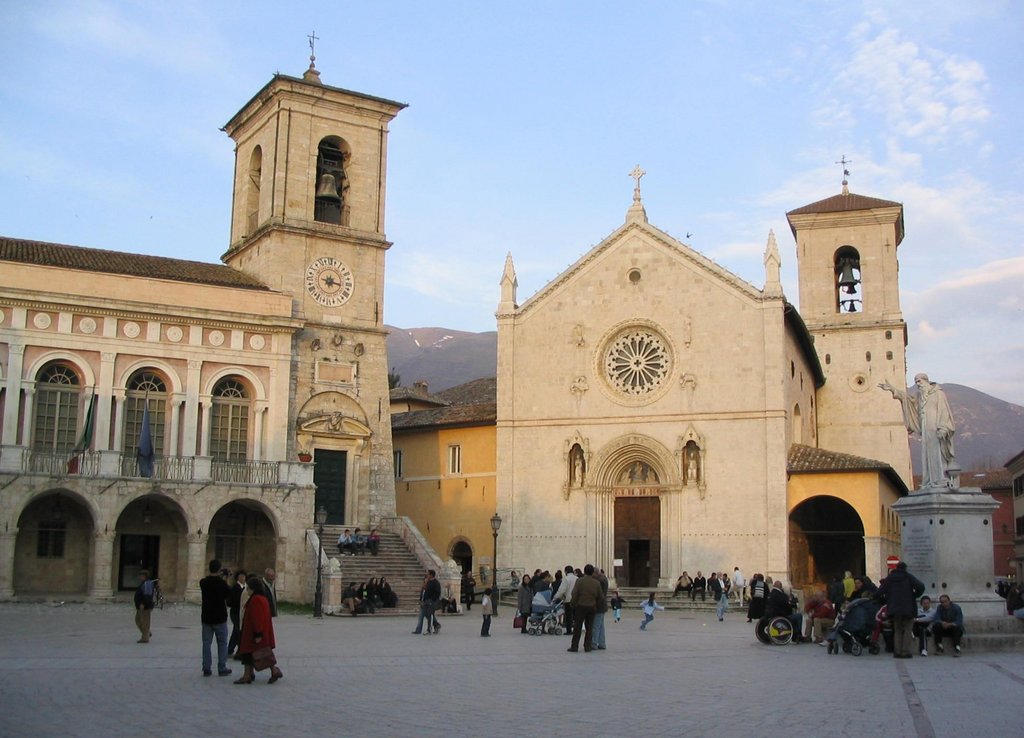 Norcia, traditionally known in English by its Latin name of Nursia, is a town and commune in the province of Perugia (Italy) in southeastern Umbria. Unlike many ancient towns, it is located in a wide plain abutting theMonti Sibillini, a subrange of the Apennines with some of its highest peaks, near the Sordo River, a small stream that eventually flows into the Nera. The town is popularly associated with the Valnerina (the valley of that river).

How to Get There: Norcia is 69 miles northeast of Rome.

Where to Stay: The 24-room Palazzo Seneca, set in a 16th-century palace. 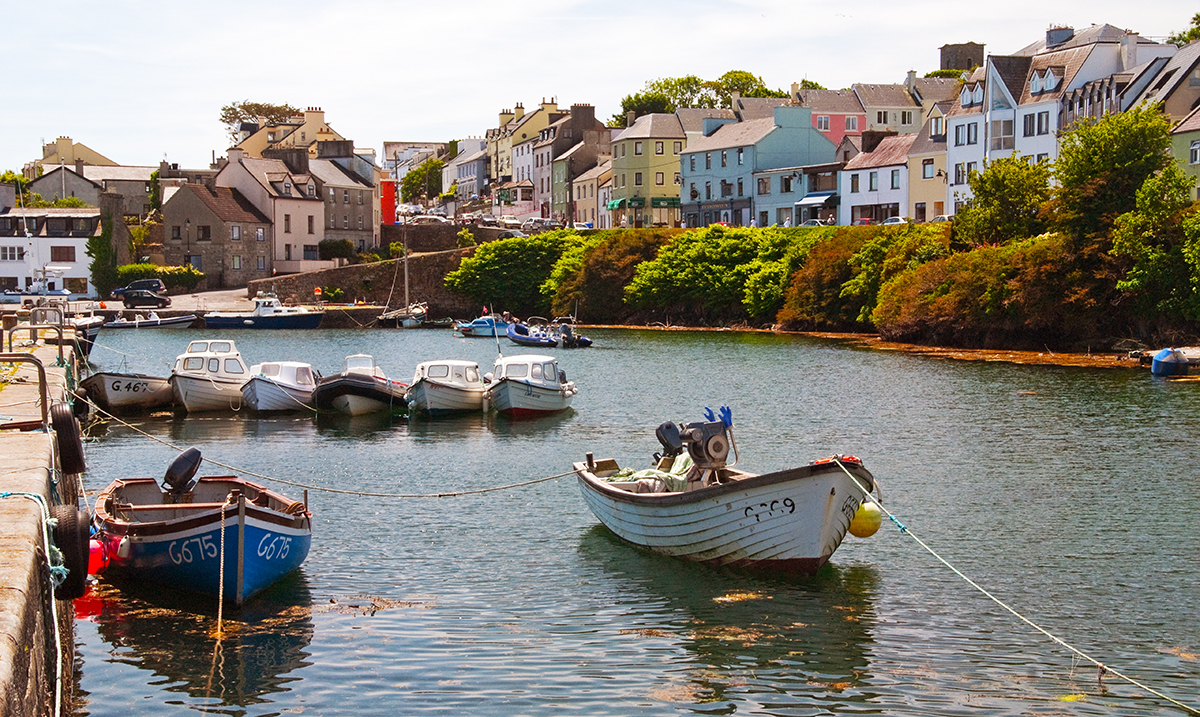 Roundstone is a village on the west coast of Ireland, in the Connemara region of County Galway. The town of Clifden is nearby to the north.

Where to Stay: Family-run Cashel House Hotel (doubles from $220), on 50 acres, is just a few miles east of Roundstone.

Where to Eat: Join anglers in the bar at Ballynahinch Castle Hotel or at O’Dowds. 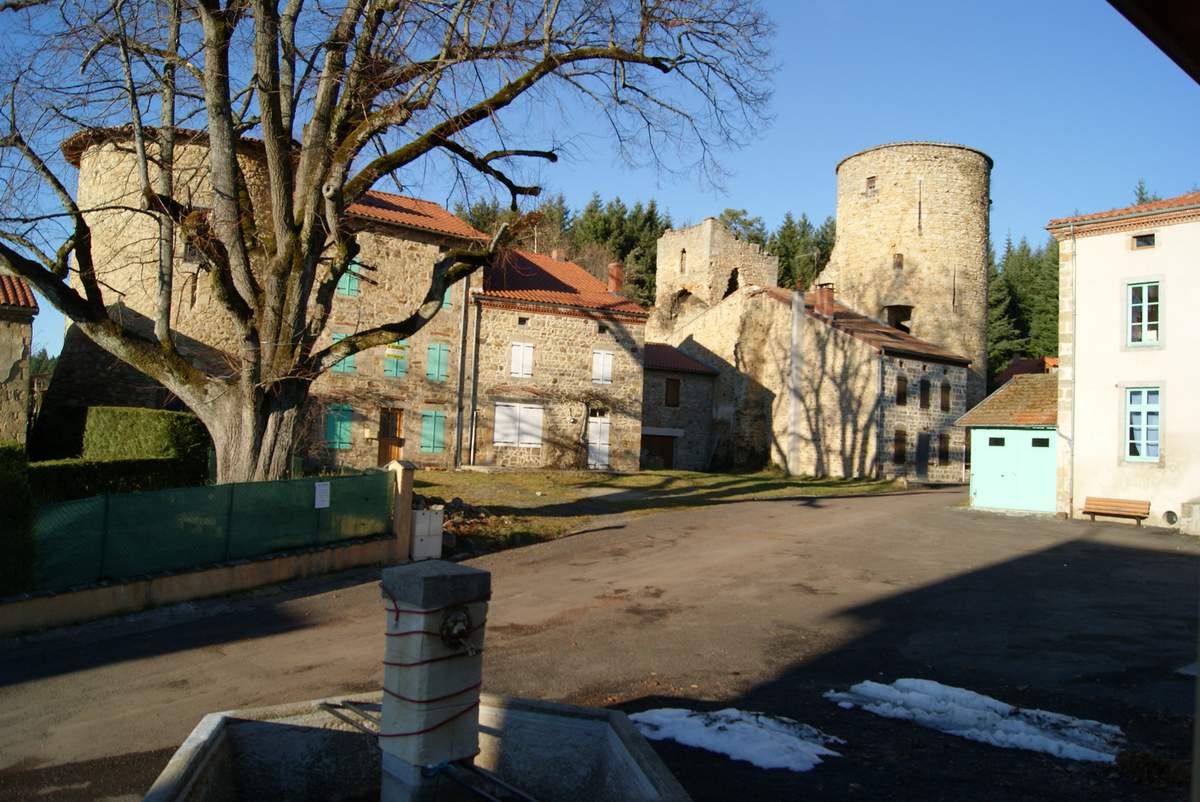 Chassignolles is a commune in the Haute-Loire department in south-central France.

How to Get There: Chassignolles is halfway between Clermont-Ferrand and Le Puy-en-Velay.

Where to Stay and Eat: Great Value At the Auberge de Chassignolles (doubles from $58), white rooms are decorated with French antiques. At its restaurant, specialties from Auvergne like pounti (a pork, Swiss-chard, and prune tartine) and tarte aux cèpes are often on the menu, which changes daily.

Local Take: Try the meandering, 90-minute walk to Durbiat, an even smaller village with a crumbling castle. The chefs at the auberge will pack up a picnic basket. 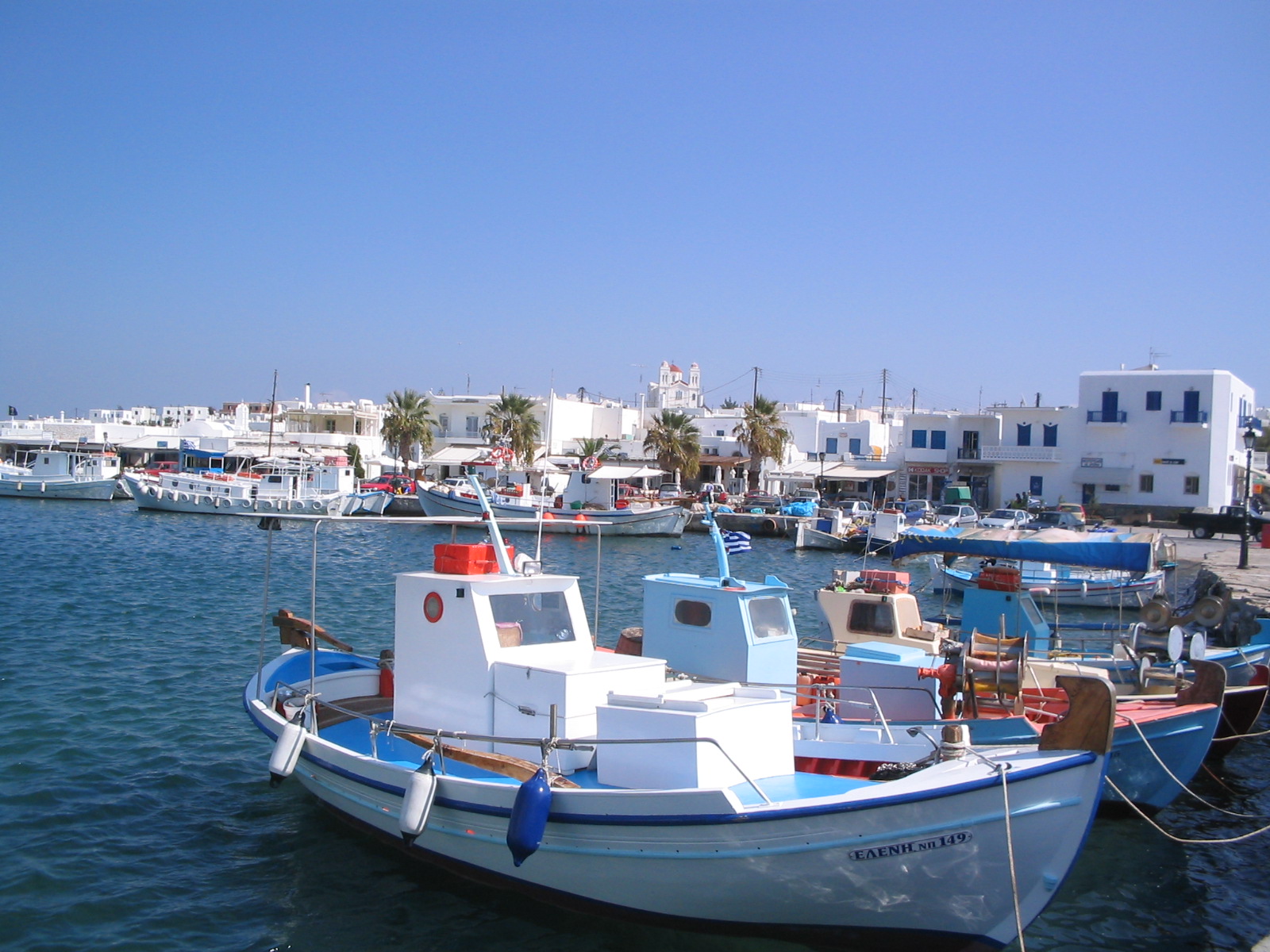 Folegandros is a small Greek island in the Aegean Sea which, together with Sikinos, Ios, Anafi and Santorini, forms the southern part of the Cyclades. Its surface area is about 32 square kilometres (12 sq mi) and it has 765 inhabitants. It has three small villages, Chora, Karavostasis, and Ano Meria, which are connected by a paved road. Folegandros is part of the Thira regional unit.

How to Get There: Fly to Santorini or take a ferry or a hydrofoil from Piraeus, just outside Athens.

Where to Stay: Great Value There’s a nautical theme at Anemomilos Apartments (studios from $131), on a cliff with easy access to the village of Hora. Anemi Hotel is a modern newcomer with cube-shaped rooms near Karavostasi port.

Where to Eat: Irini’s, a grocery that turns into a restaurant at night, is the place for a home-cooked meal. 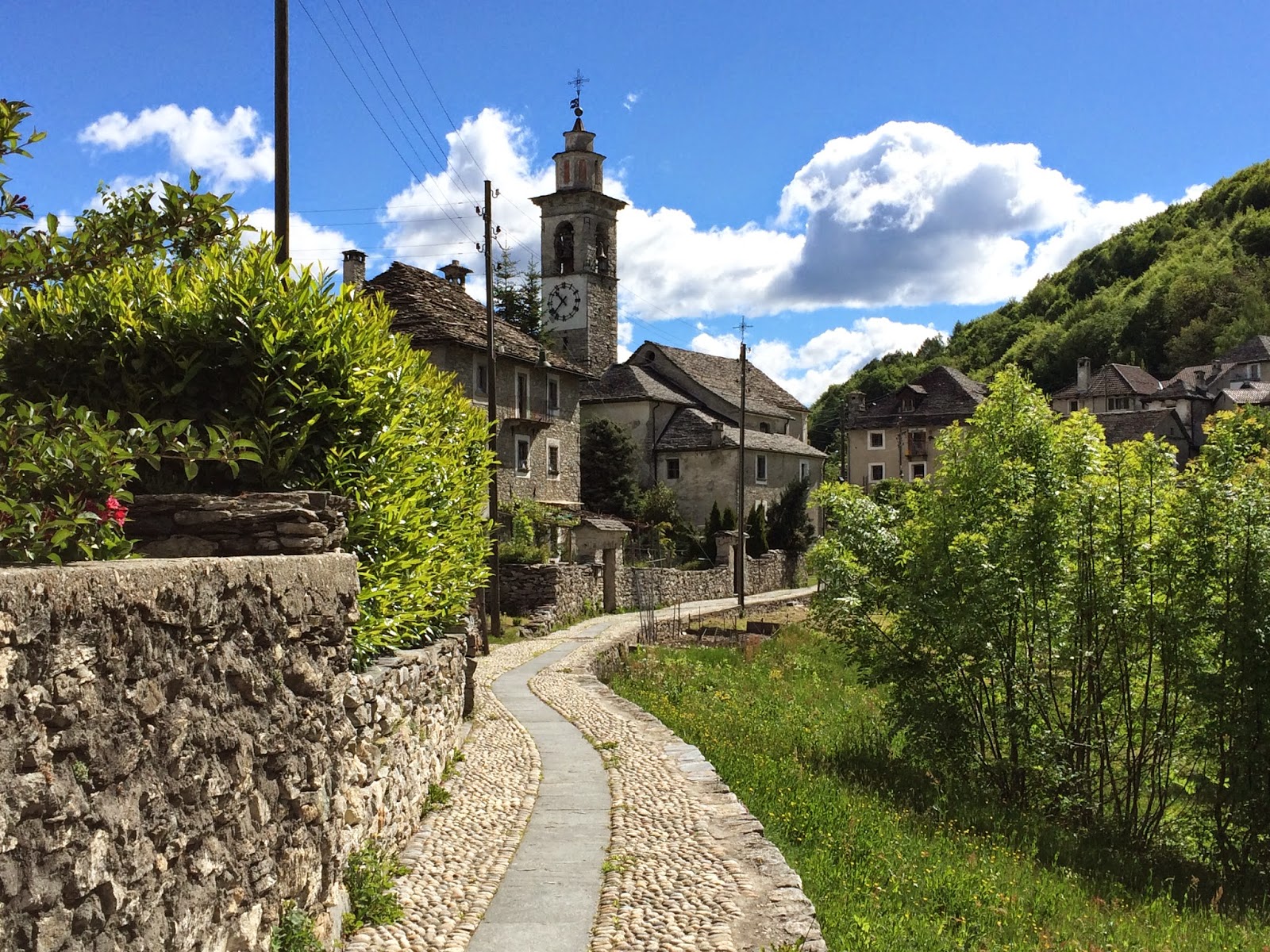 Giornico is a municipality in the district of Leventina in the canton of Ticino in Switzerland.

How to Get There: From the lake resorts, drive north 50 minutes on the A13 and N2.

Where to Stay: There are no hotels in Giornico, so stay in nearby Ascona at the pink Hotel Giardino (doubles from $400).

Where to Eat: Grotto dei due Ponti has a shaded terrace that overlooks the river. 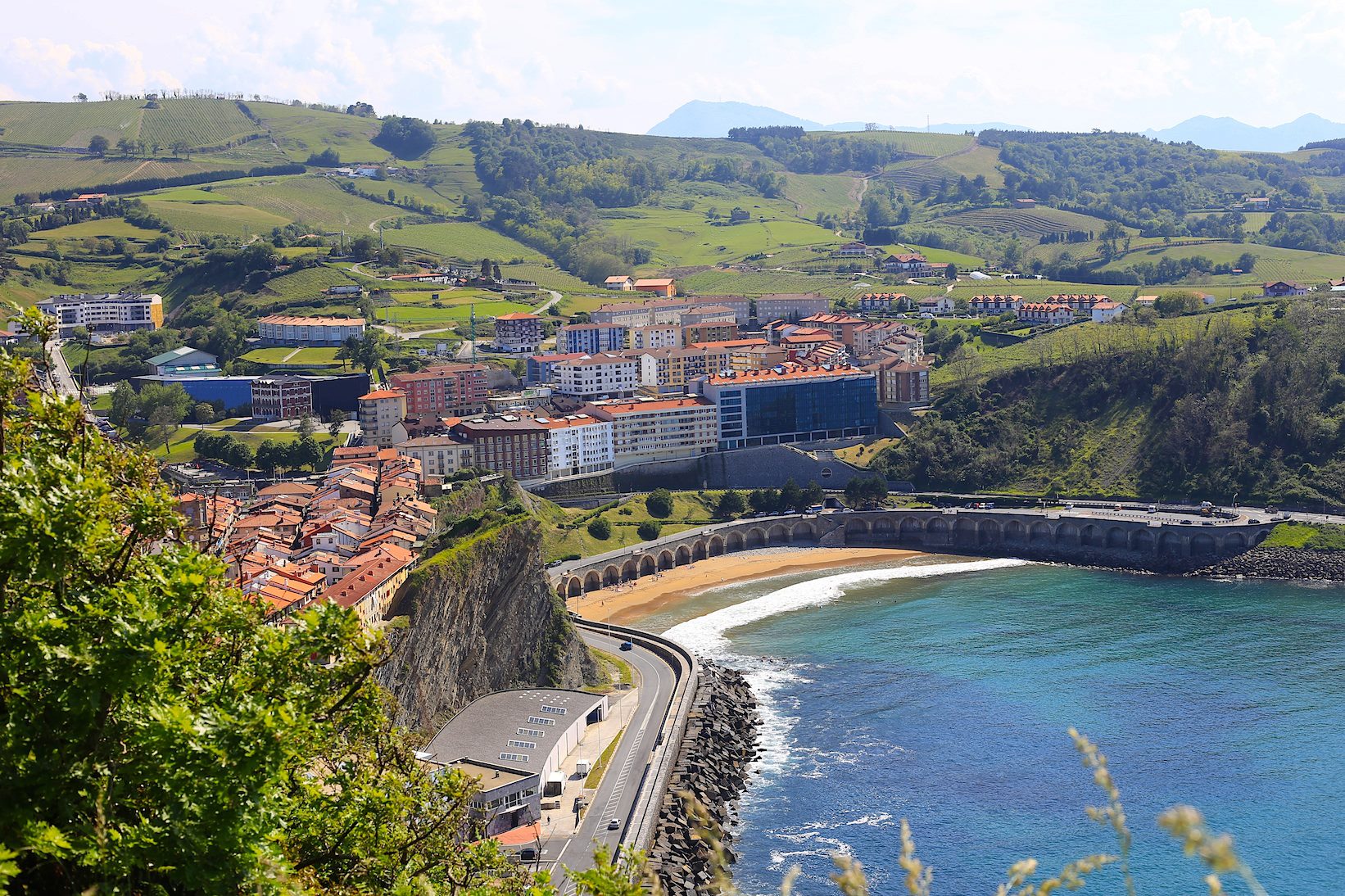 Getaria is a coastal town located in the province of Gipuzkoa, in the autonomous community of Basque Country, in the North of Spain.

How to Get There: Getaria is 15 miles west from San Sebastián.

Where to Stay: Great Value Saiaz Getaria (doubles from $115), with four-poster beds and views of Gaztetape Beach.

Where to Eat: Reserve a table at Restaurante Elkano, one of the most celebrated asadores in Spain. 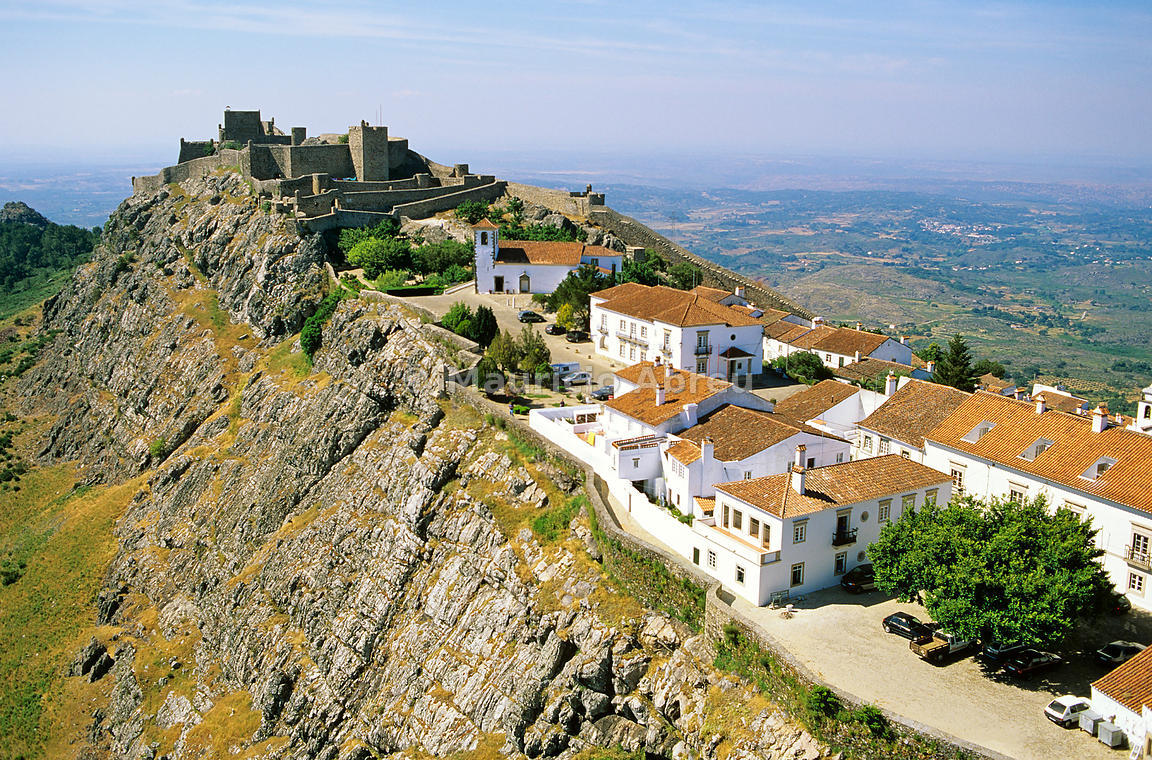 Marvão is a municipality in Portalegre District in Portugal. The population in 2011 was 3,512, in an area of 154.90 km². The present Mayor is Vitor Martins Frutuoso, elected by theSocial Democratic Party. The municipal holiday is September 8.

How to Get There: By car from Lisbon.

Where to Stay: Pousada Santa Maria (doubles from $102), a simple 31-room hotel and restaurant constructed from a foundry and two 13th-century houses.

Where to Eat: Fill up on goat soup at the Varanda do Alentejo lunch counter.