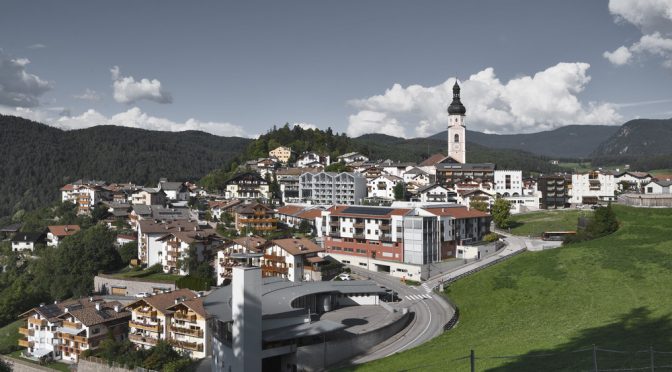 The ‘Hotel Schgaguler’ was built in 1986 in the heart of the Dolomites (Italy), one of the most impressive mountains in the world. Now, after the renovation of the architect Peter Pichler, it reopens as never before. 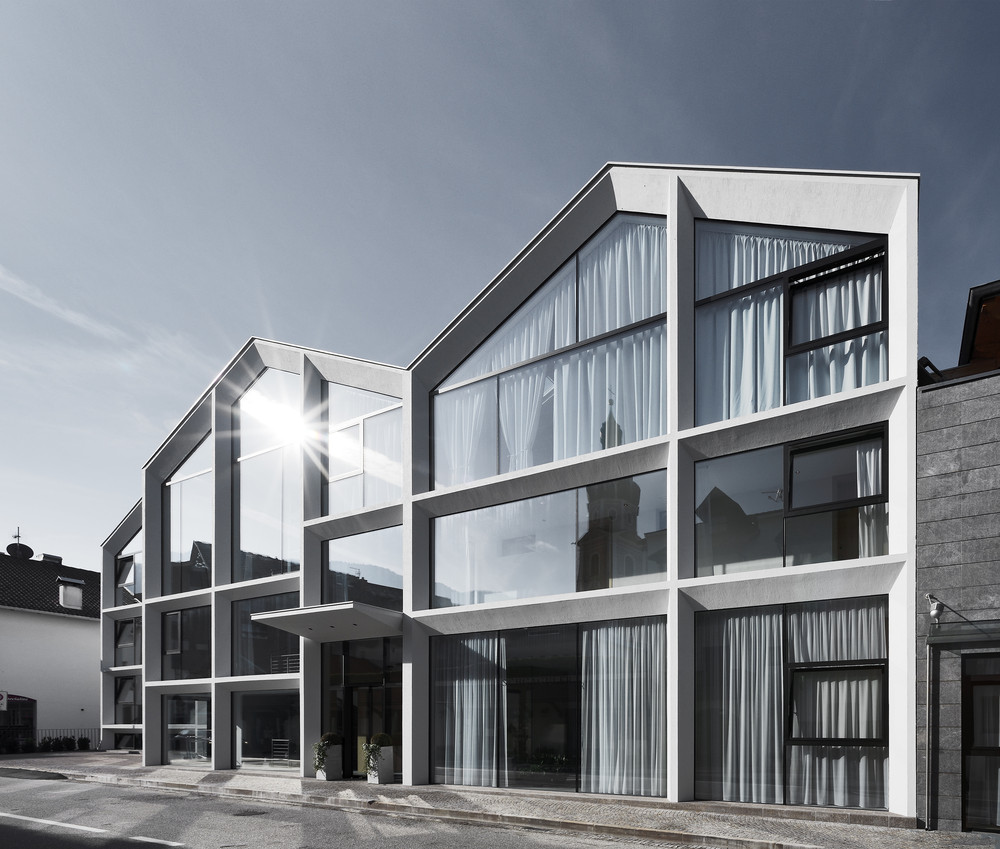 Anyone who has flown over the Alps will have been overwhelmed by the long chains of mountains; from below the feeling is magnified even more, that’s why they say that the Dolomites area is one of the most special places in the world, a World Heritage Site by UNESCO in 2009. The villages settled in the valleys of its mountains look like drawn from stories and ski fans go there every winter willing to enjoy that environment. There, in the mountain village of Castelrotto, near Seiser Alm and Val Gardena, the Schgaguler hotel was built in 1986 and in 2015, the architect Peter Pichler won a contest to completely rebuild it and transform it into the boutique hotel that is today in Only four months. “You had to have it ready for the summer of 2018 so as not to miss the peak season,” recalls the Pichler who acknowledges that the short time made him work with a lot of pressure.

The architect maintained the timeless and alpine style of the original structure. “The project consists of three monolithic volumes, just as it was before, but in the new design a new floor was added,” explains Peter Pichler himself, who wanted to enhance the views of the surrounding mountains and opened large windows at each space. As if the hotel was practically transparent, merging with the surroundings. 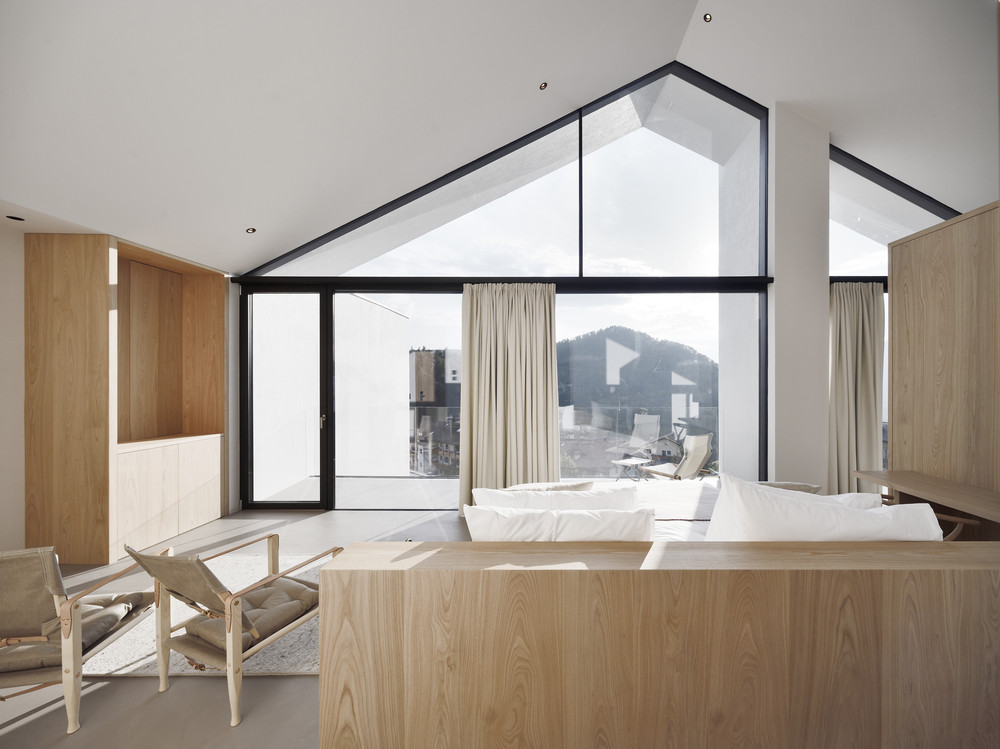 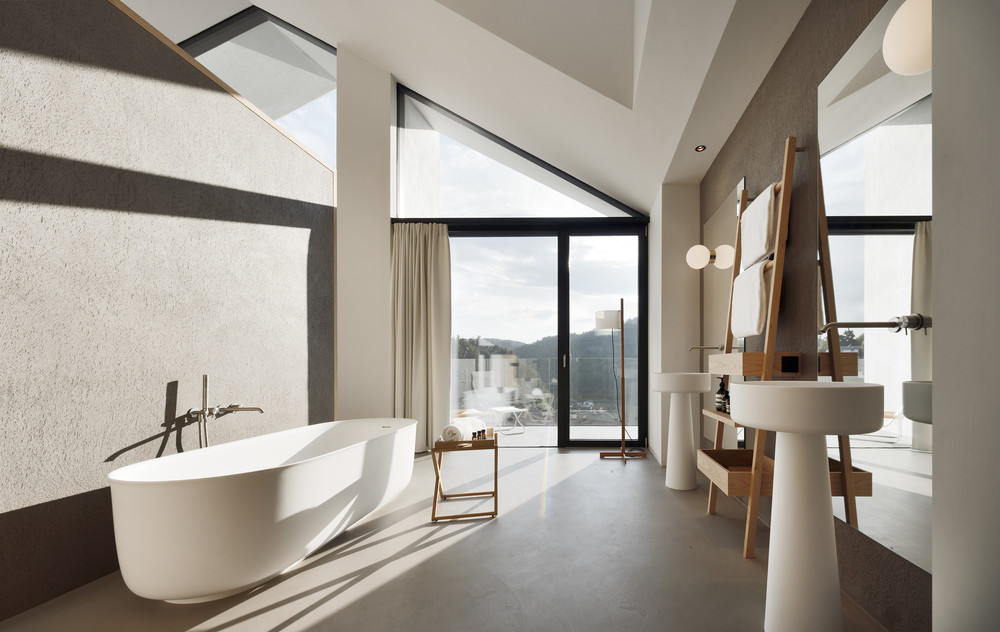 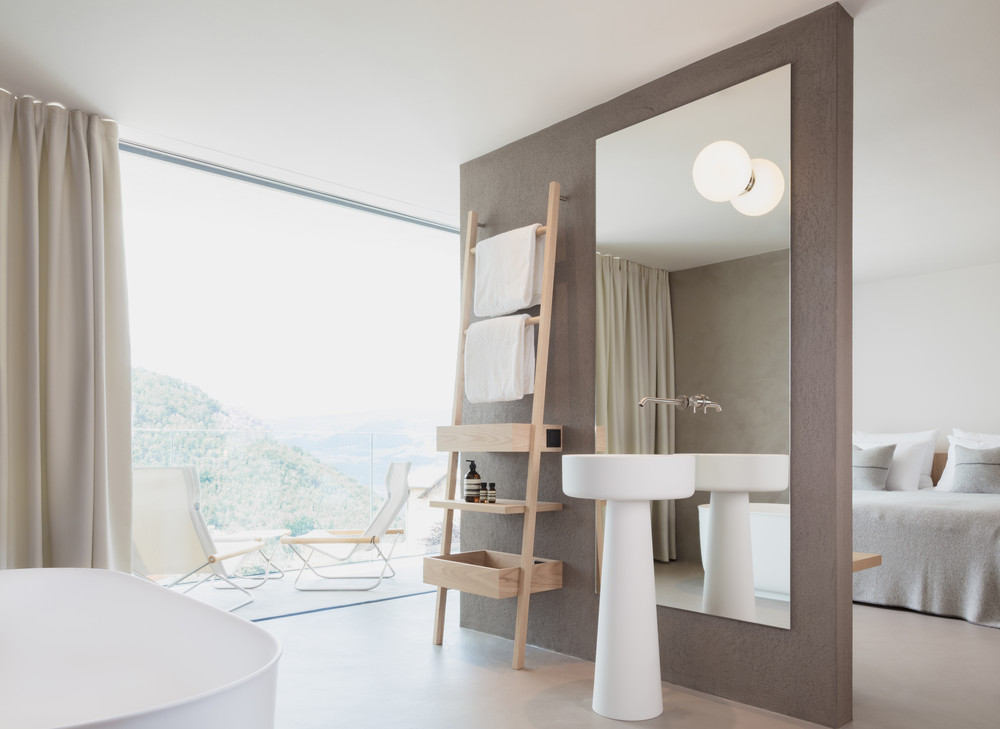 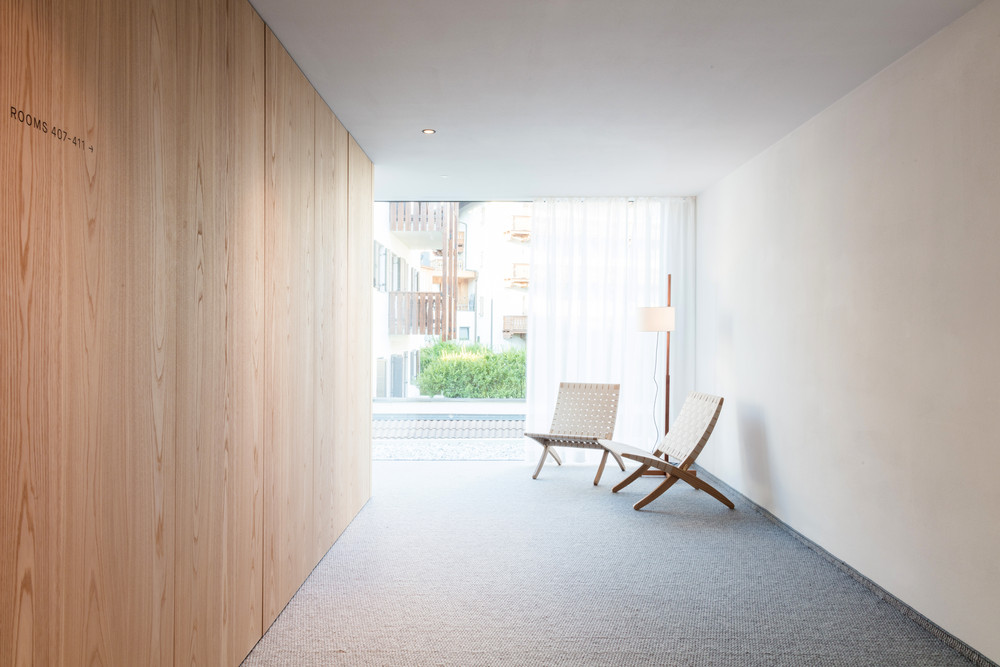 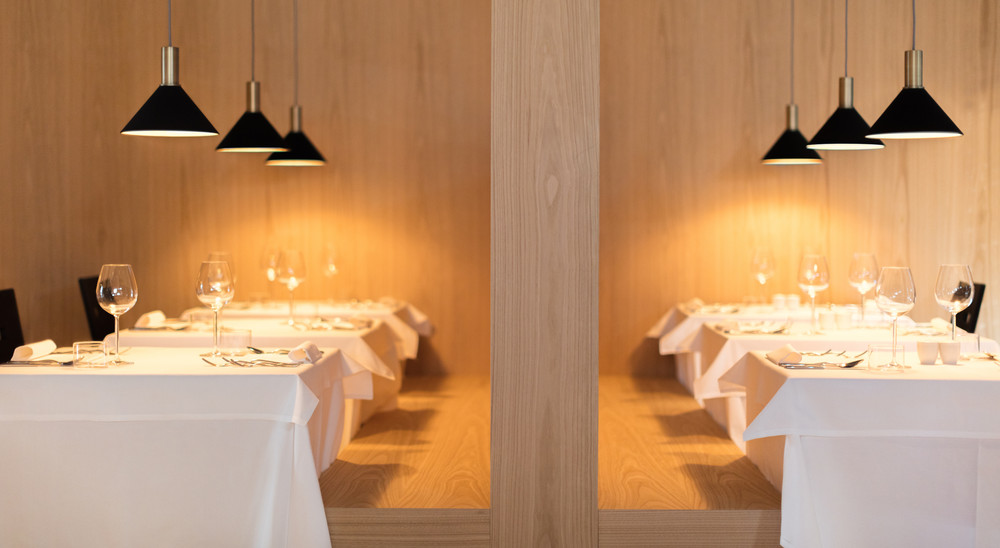 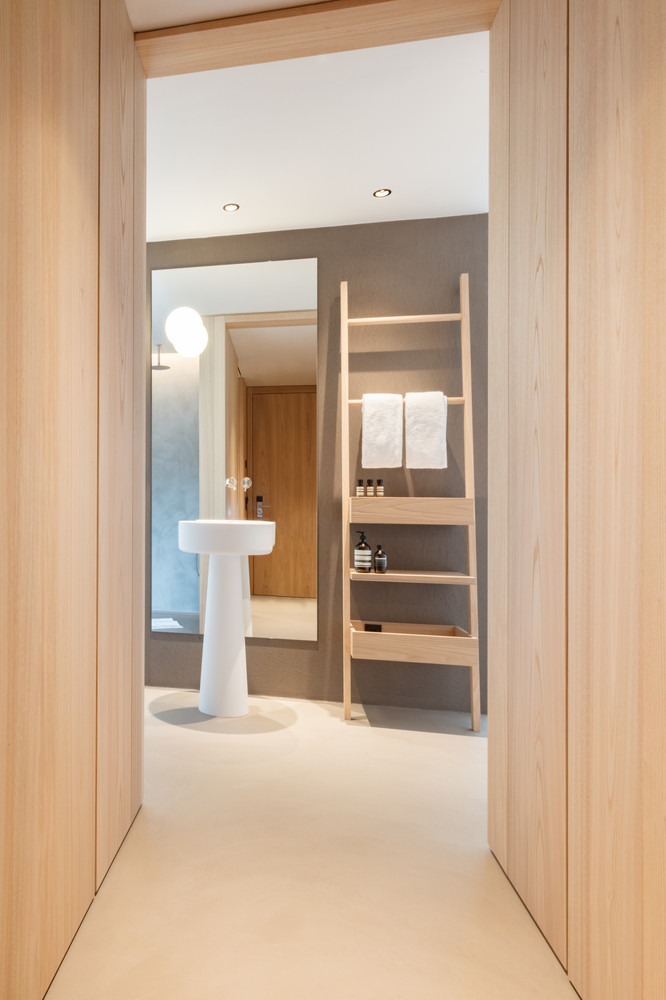 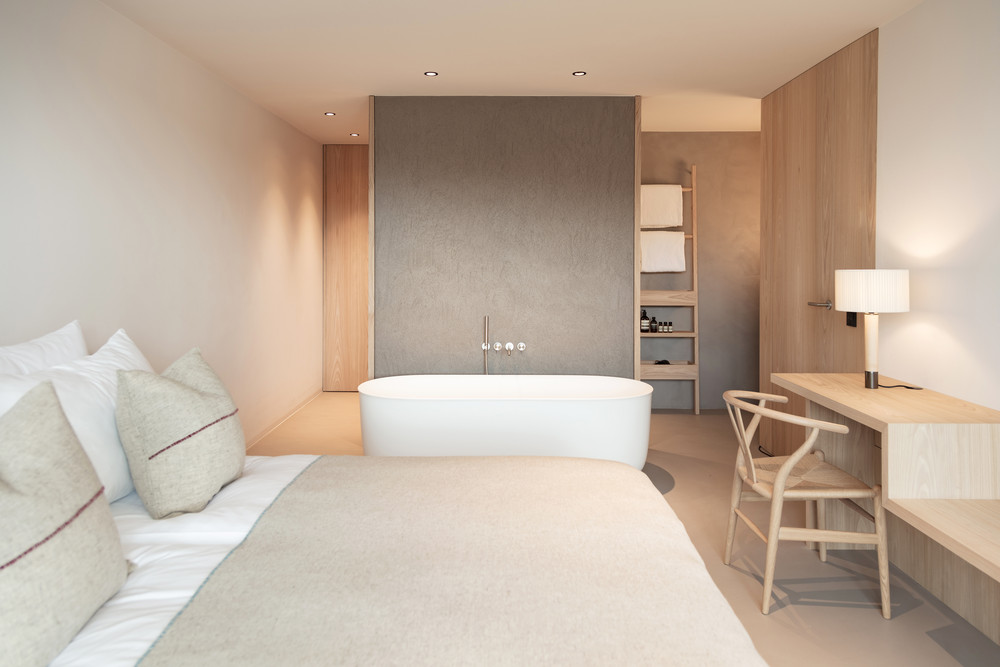 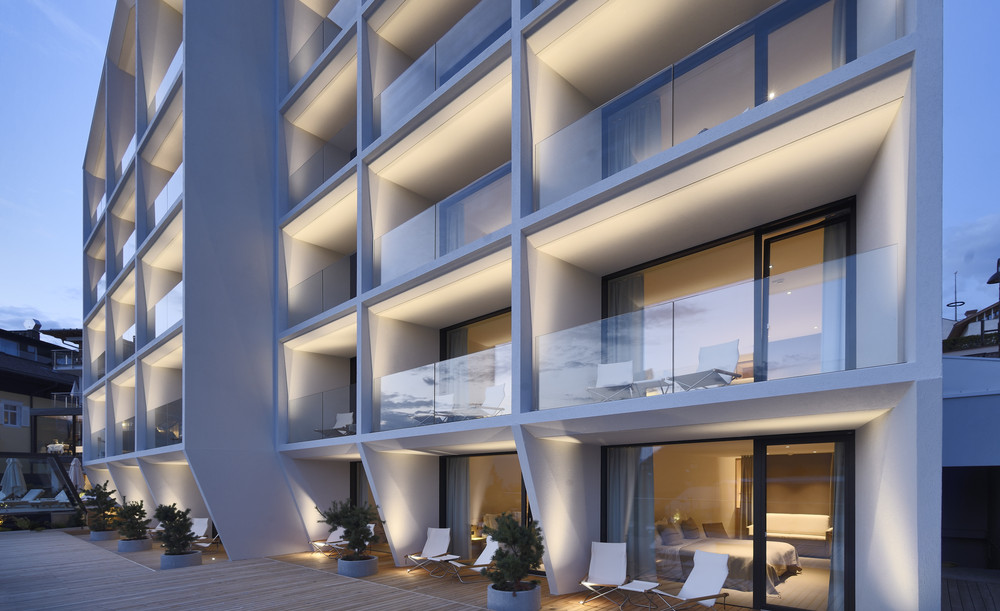 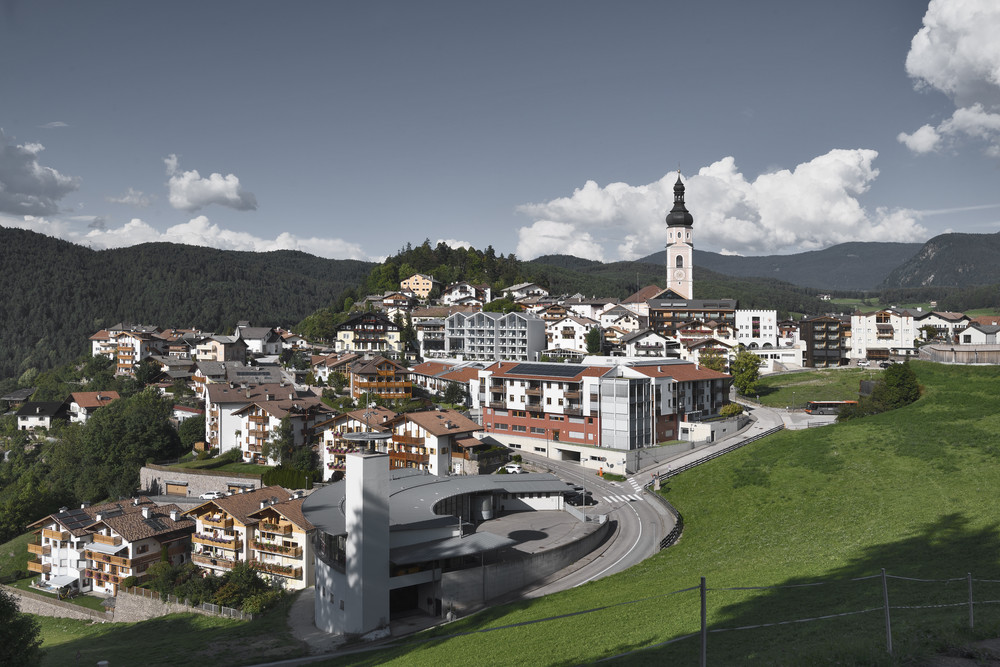 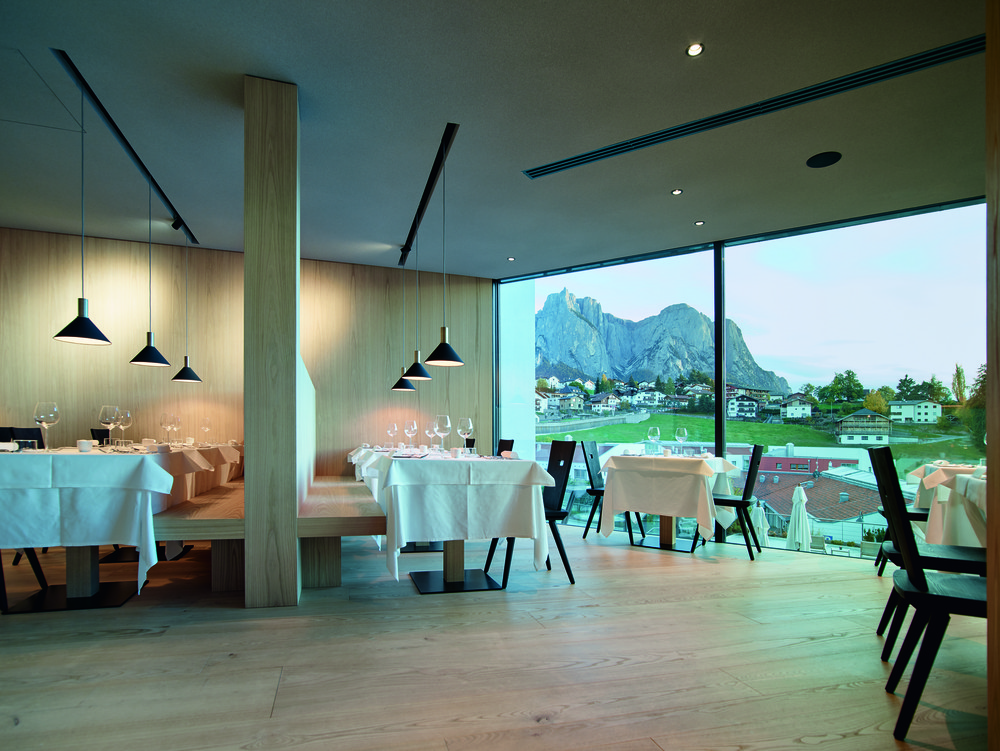 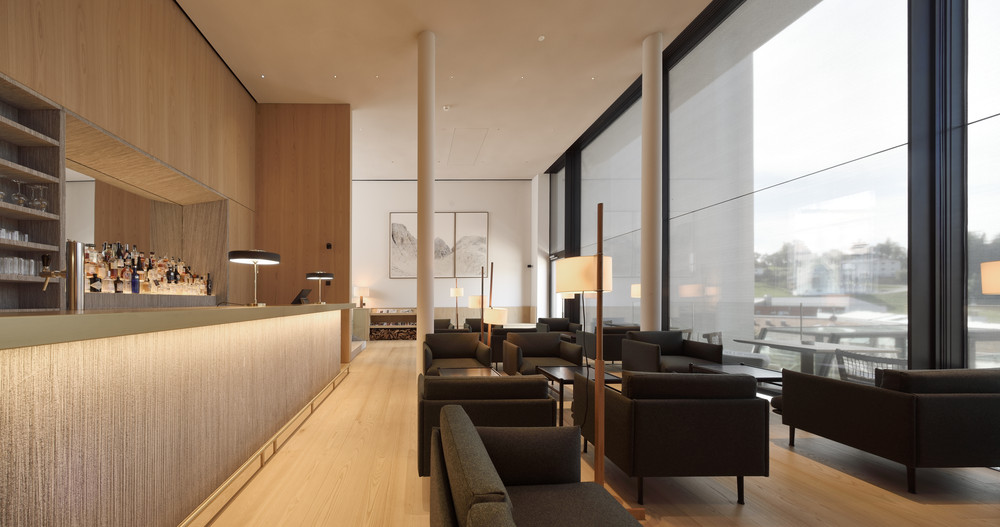 Simplicity is the premise that runs throughout the project. The facade has a chalk color that is inspired by the rocks of the surrounding mountains and the interiors are decorated, without much artifice, with local materials such as chestnut wood or stones. A cozy atmosphere where tradition and culture are key elements.

The whole hotel looks continuously to the outside. On the ground floor are the public spaces such as the lobby, the bar and the restaurant. The bar has a large and sunny terrace with stunning views of the Sciliar mountain. The underground level houses the wellness, spa and beauty facilities. The rooms and suites are on the upper floors and are designed to find that moment of peace after a long walk or skiing. The bathtub, independent of the bathroom, invites you to relax in hot water while admiring the high mountains with snow.