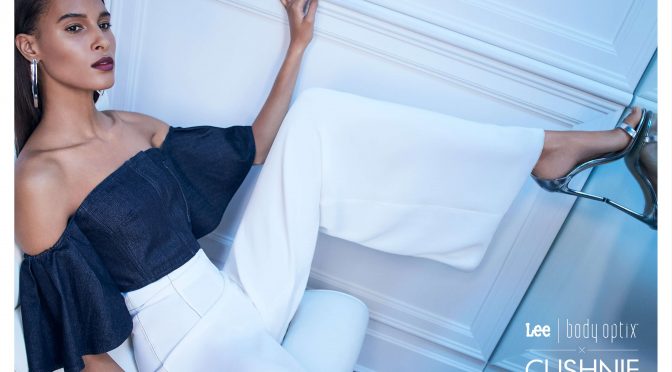 For Spring 2019, the collaboration between Lee Jeans and Cushnie is visible in an overtly chic advertisement nostalgic of ‘90s denim fashion. Photographer/director Emma Summerton brings the creative vision of Cushnie Creative Director Carly Cushnie to life through an assembly of images and a feature film, all clean, chic and visibly modern in nature.

Featuring model Cindy Bruna, under the style direction of Kate Young, the advertisement remains simple in nature as it depicts Bruna in an array of positions while showcasing a variety of denim-focused looks from the collection.

Set designer Niki Rutsch creates a backdrop featured on natural light and clean white coloring. The contrast between the dark denim colorings of the featured designs from the collection and the neutral, bleached background presents the juxtaposition between light and dark. In this, the advertised looks are beautifully accentuated.

The underlying musical beat behind the imagery depicted in the fashion film further alludes to a modern playful take on the serious moment that was ‘90s denim-on-denim fashion. 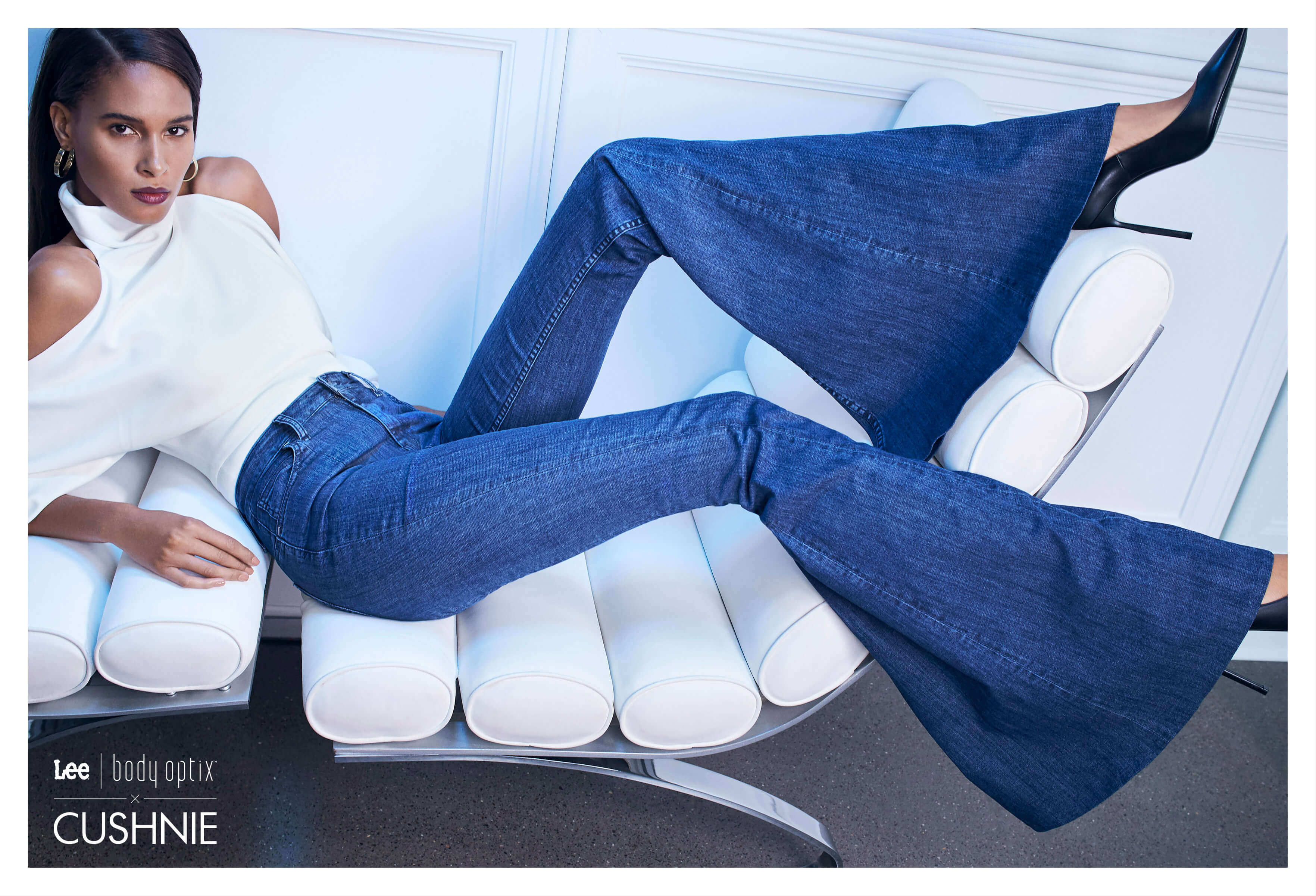 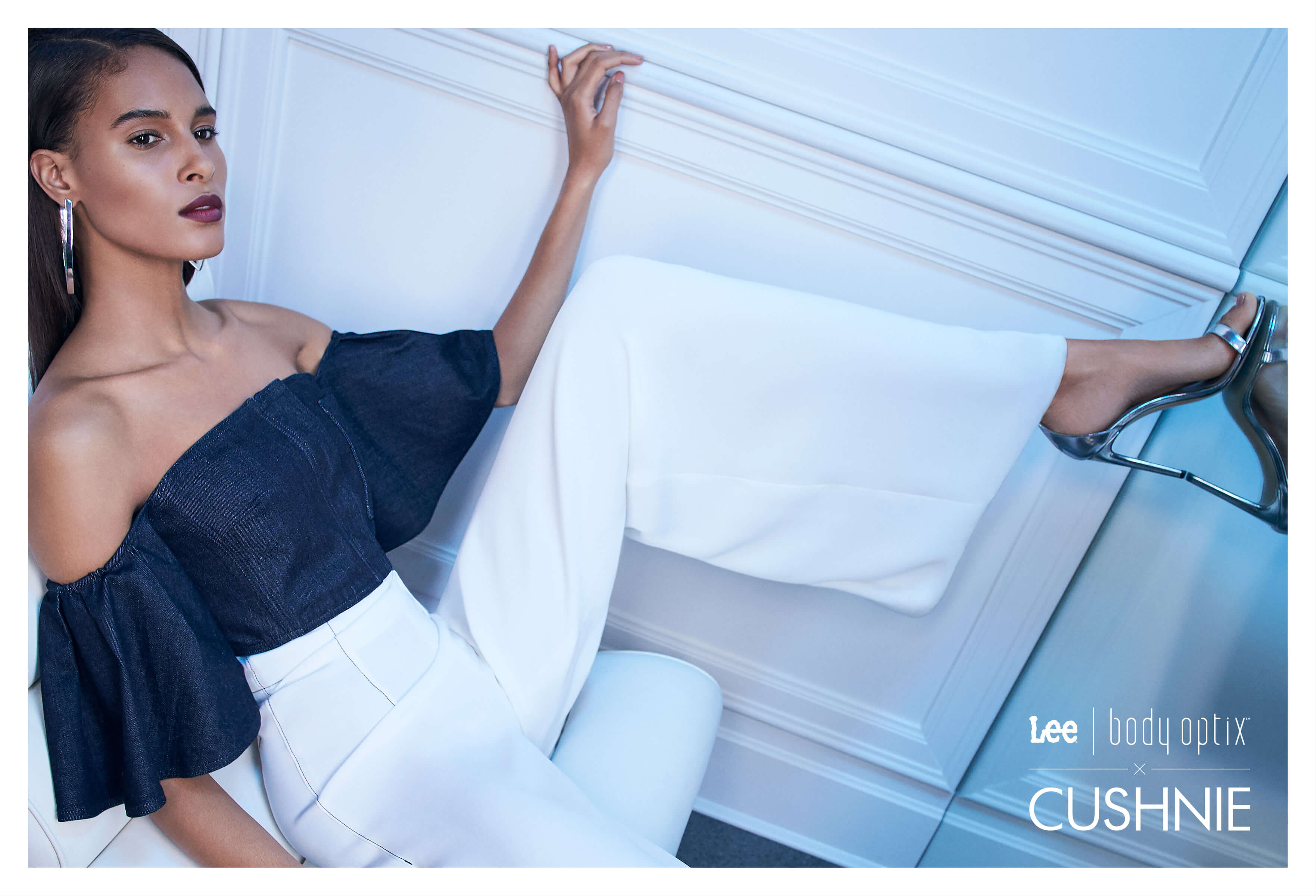 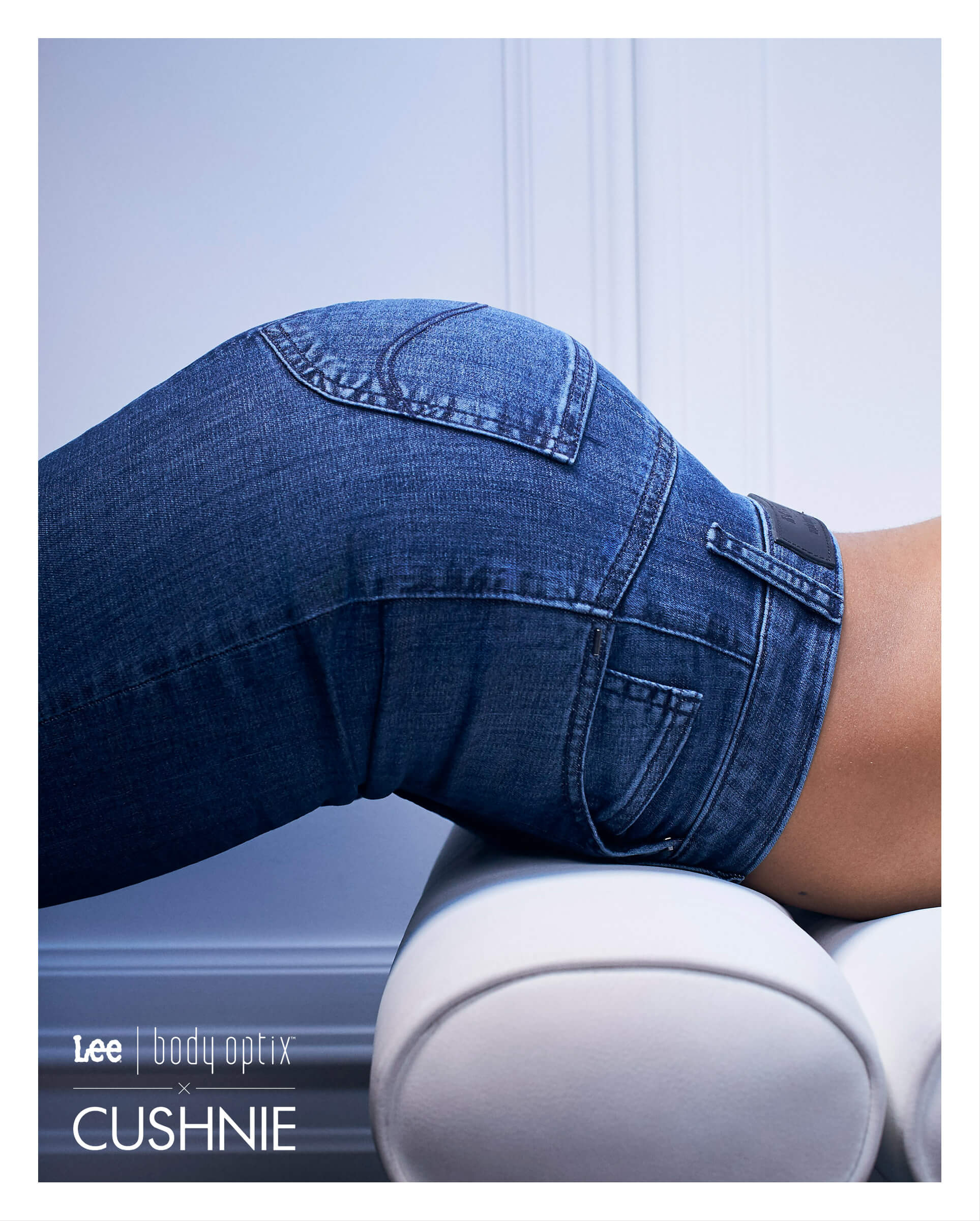 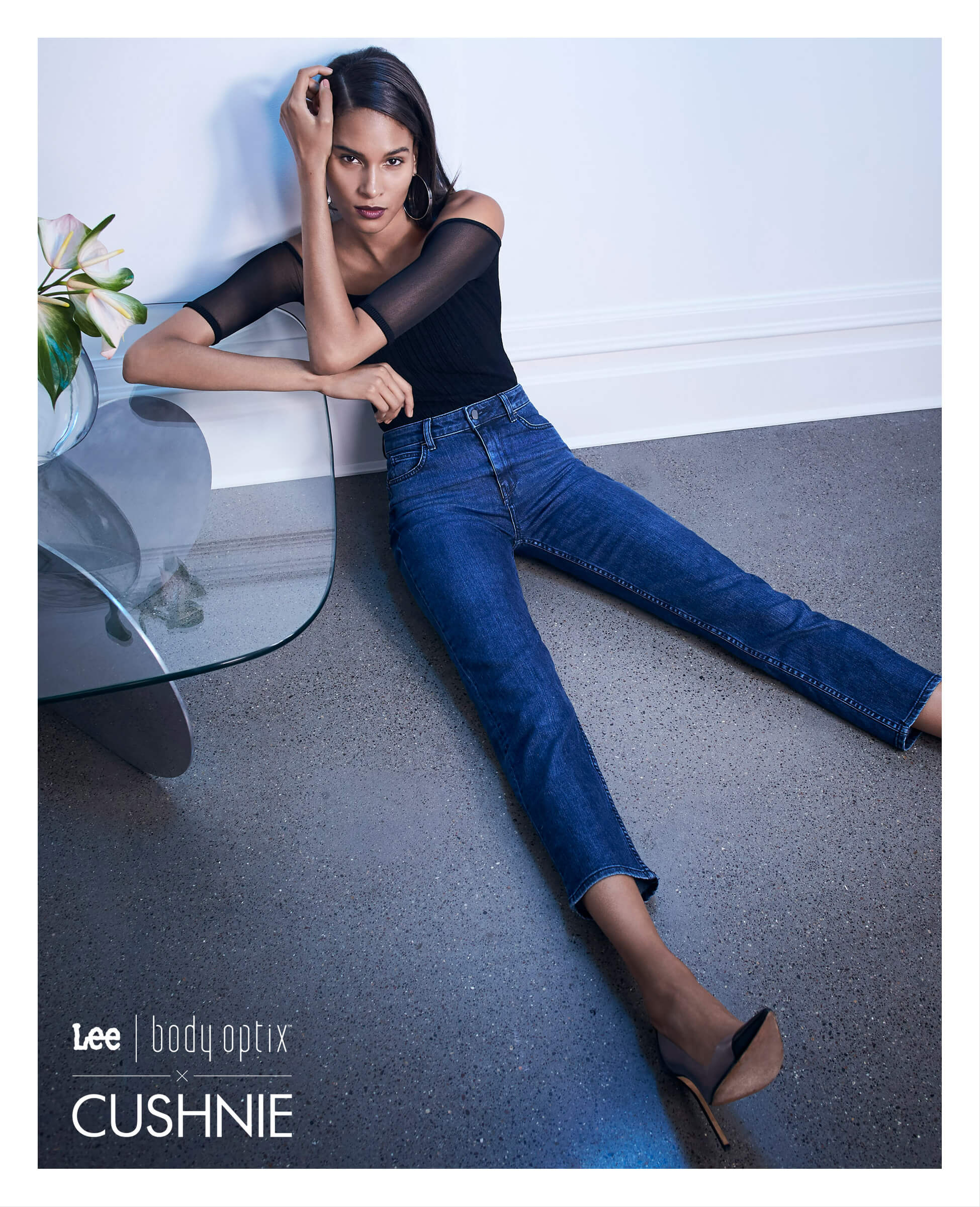 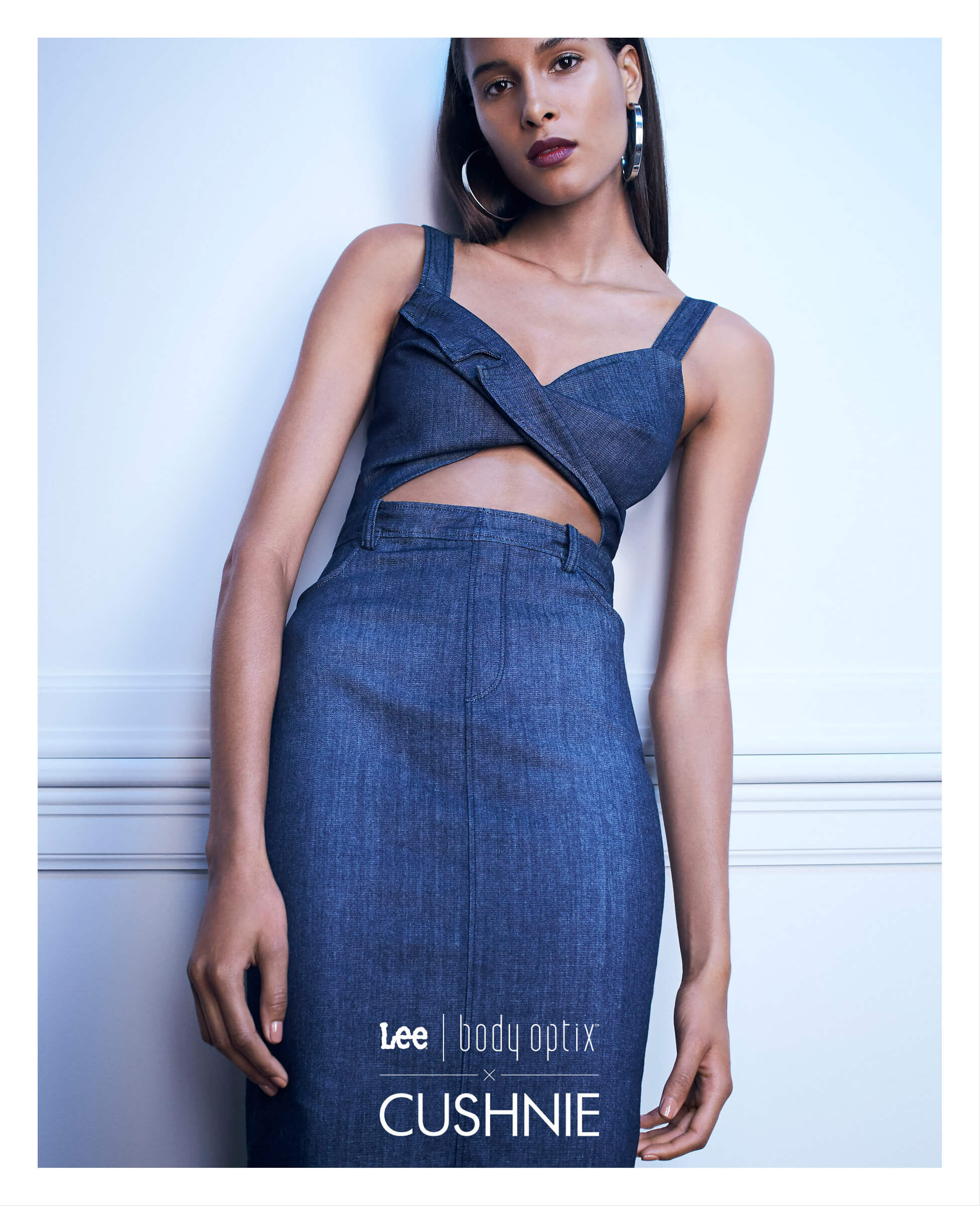 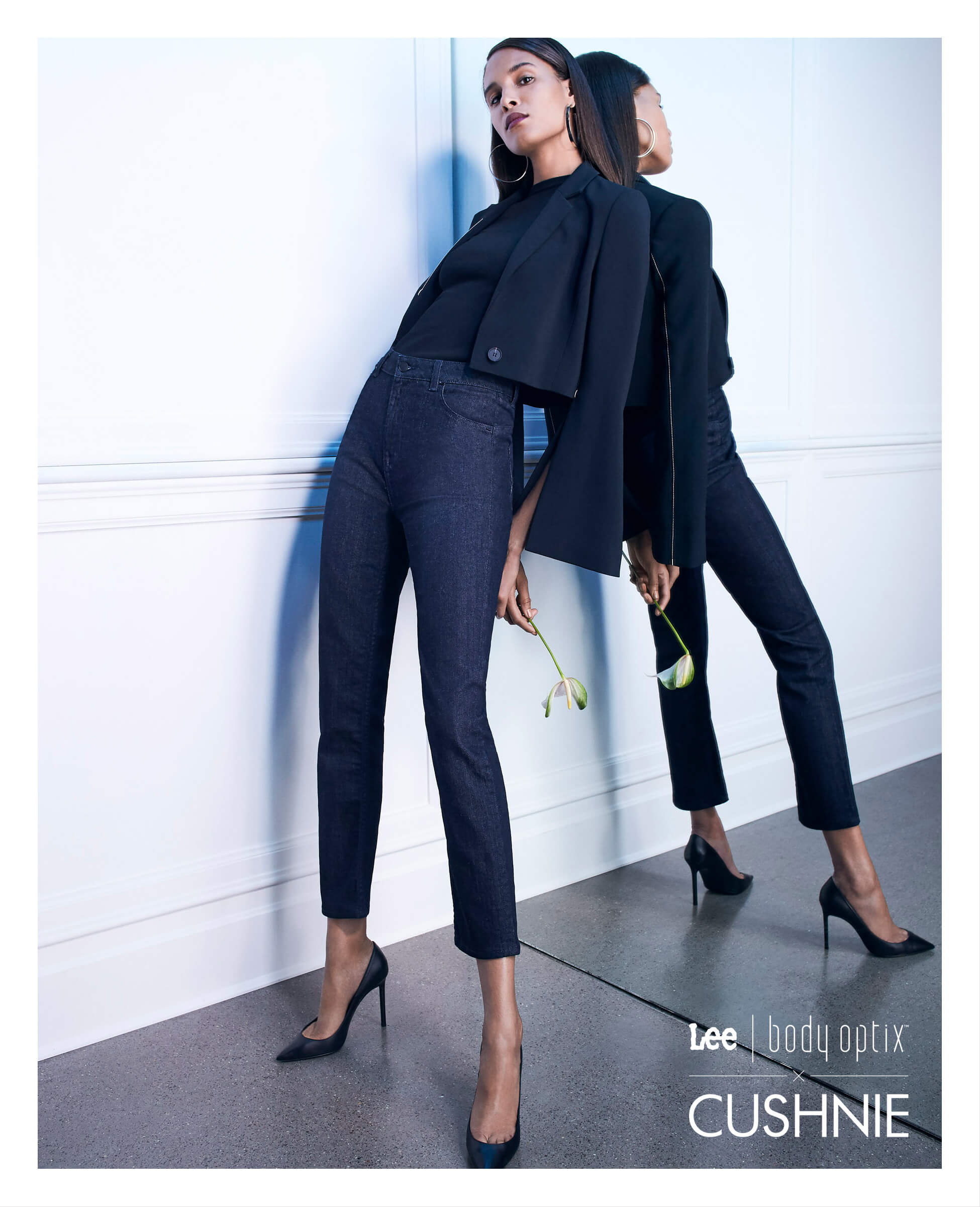