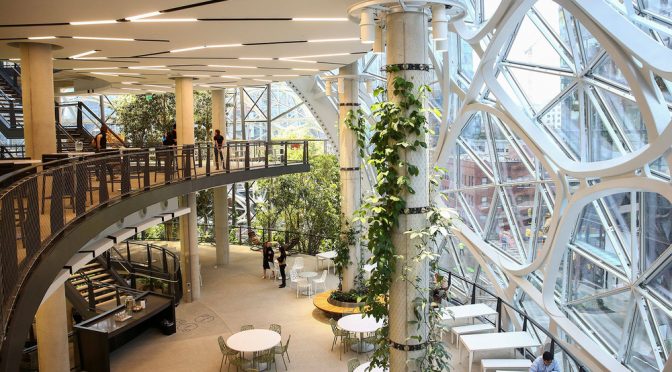 The Spheres: the AMAZON tropical OASIS in downtown Seattle 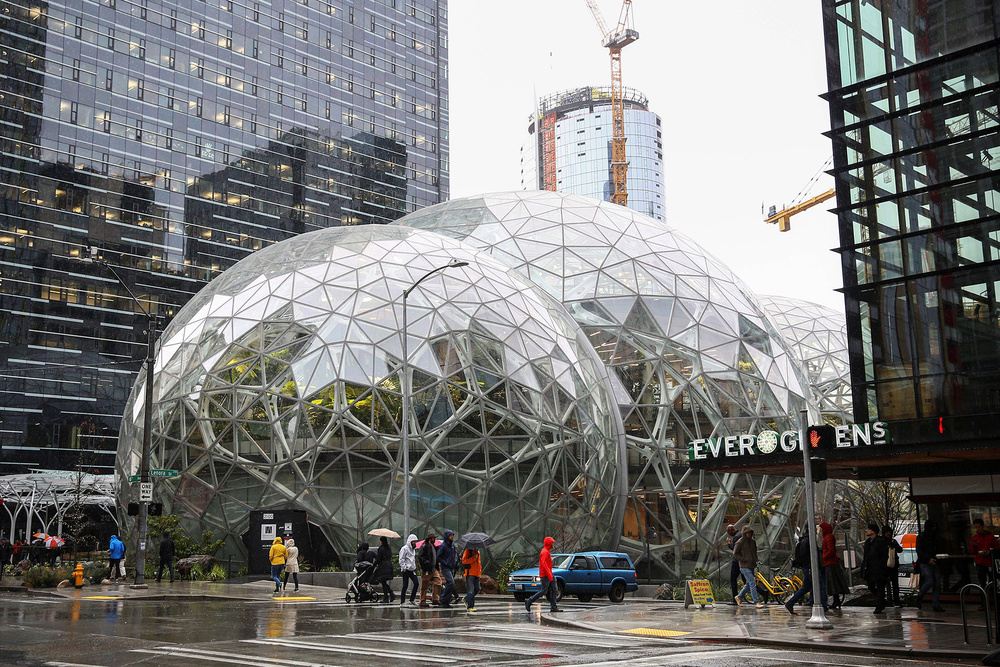 Three transparent spheres, with thousands of plants, autoclimatized and in full city. This is how the bio-based offices are, with which Amazon reconsiders how a job should be a place.

It’s hard to find another workplace like The Spheres, the new office that Amazon just opened in downtown Seattle. Three geometric spheres, transparent and inspired by the rainforest with more than 40,000 plants and trees from around the world. Inside, a design based on biophilia makes the smell of vegetation, sunlight and flowing water replace the classic ambience of an office.

As explained by Amazon, The Spheres has opted to innovate in what is most often neglected: create a direct link with nature. For the company, spaces like this one that adopt the design based on biophilia help to encourage creativity and even improve the brain function of those inside. The three spheres, connected together, have meeting rooms built in a tree house, rivers and waterfalls, paludariums, a four-story living wall and epiphytic trees. 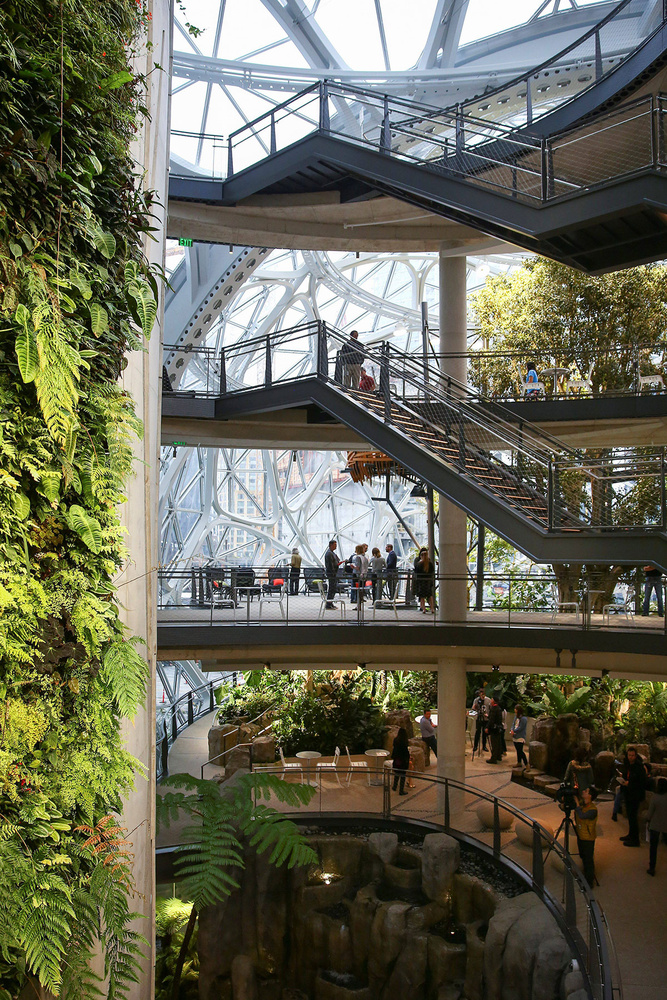 In total, they are home to more than 400 species from five continents and 50 countries and many of the plants have traveled from botanical gardens, tree nurseries and conservation programs around the world. Most come from cloud forest ecosystems, located in tropical mountain regions at a height of between one thousand and three thousand meters and they receive much of their moisture from direct contact with clouds, so the spheres have solutions to autoclimatizarse to that temperature and humidity. 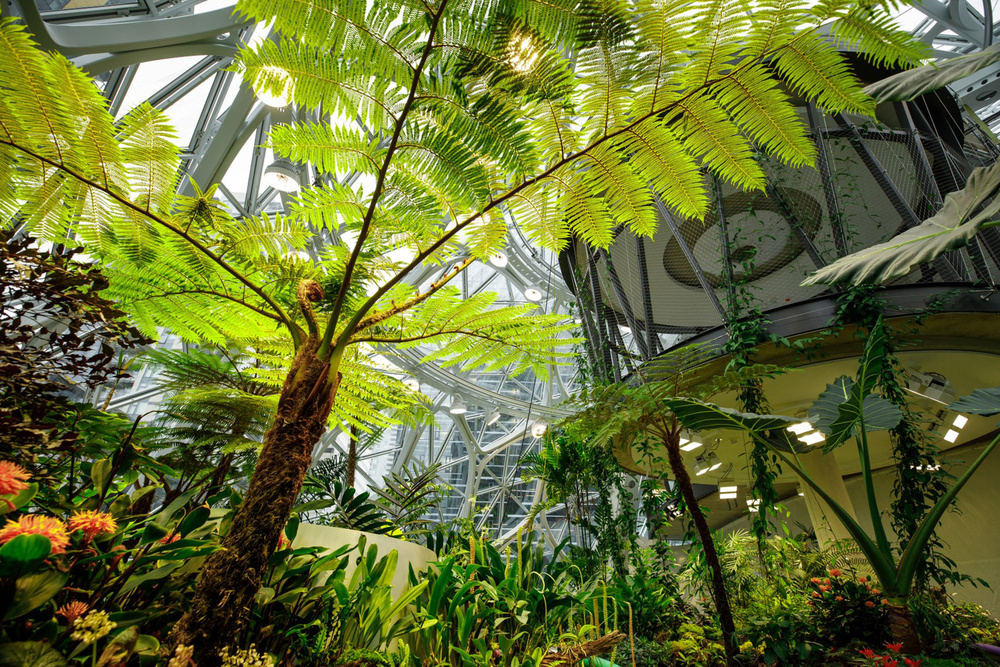 In total, more than 620 tons of steel, 12 thousand tons of cement have been used for the construction and the largest sphere is almost 30 meters high. It is home to the largest inhabitant of Spheres, a ficus rubiginosa called “Rubi”, planted in a tree farm in California in 1969, which measures more than 16 meters and weighs more than 16 tons. 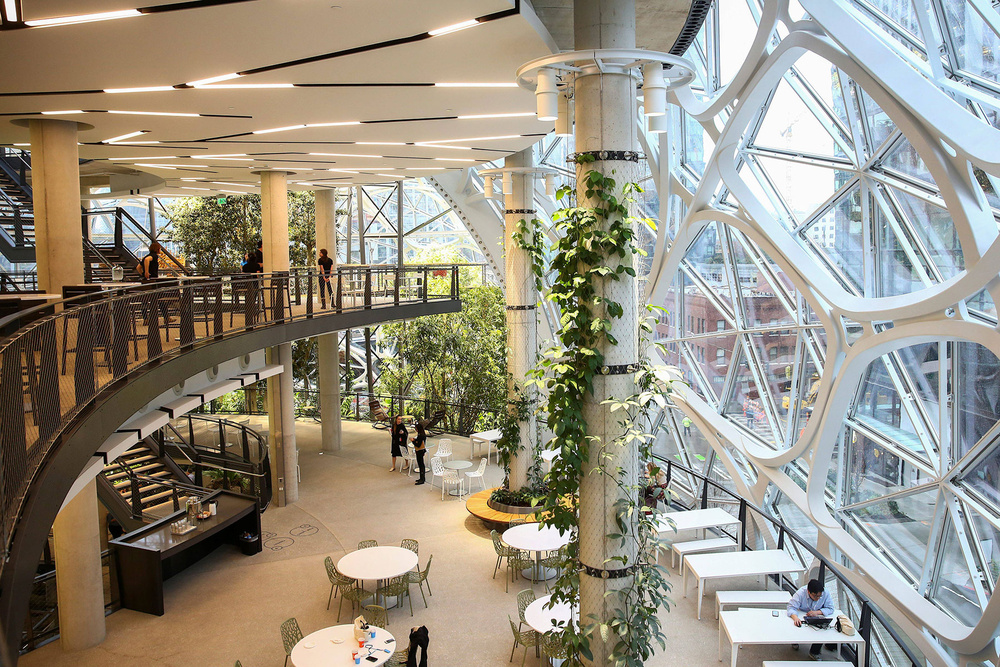 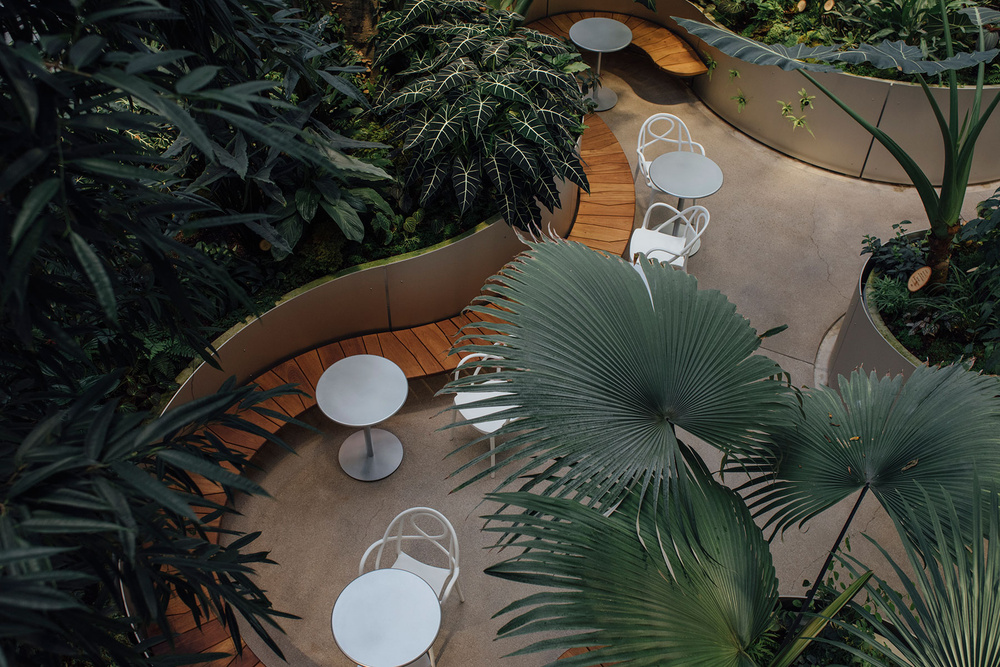 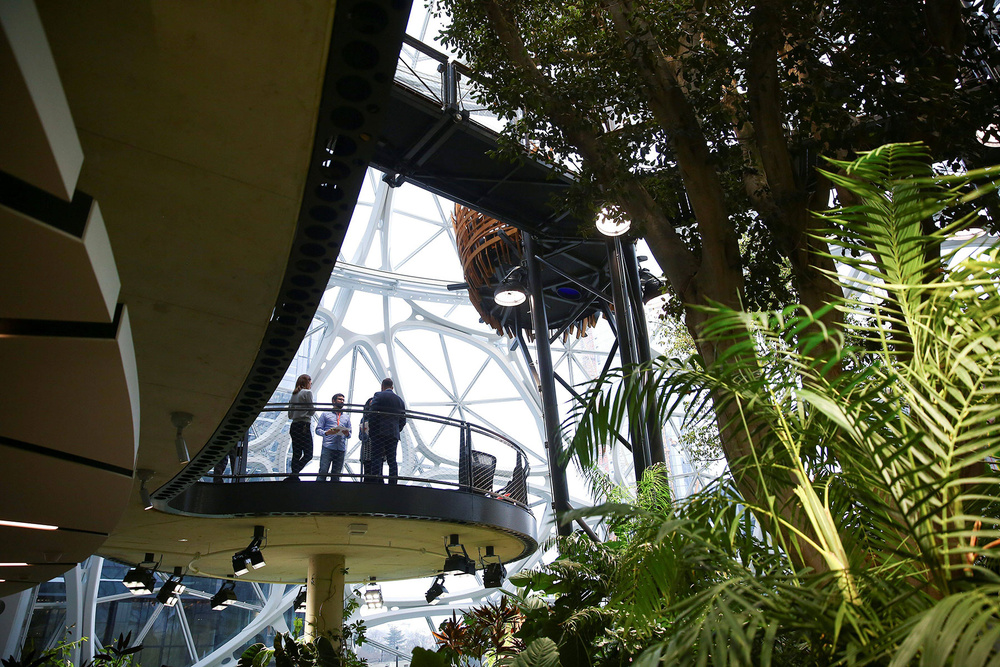 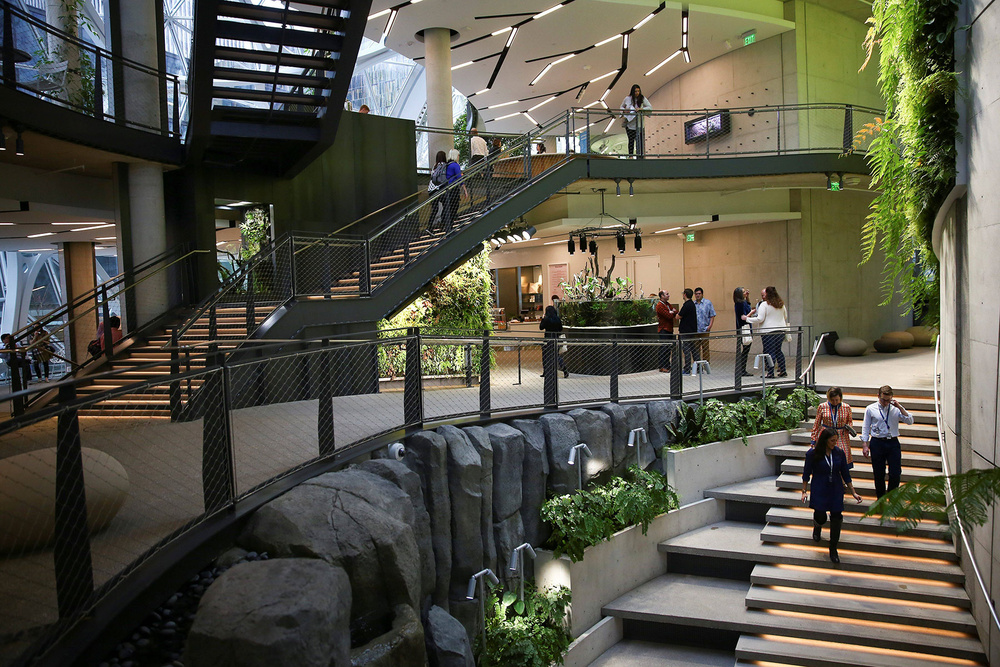 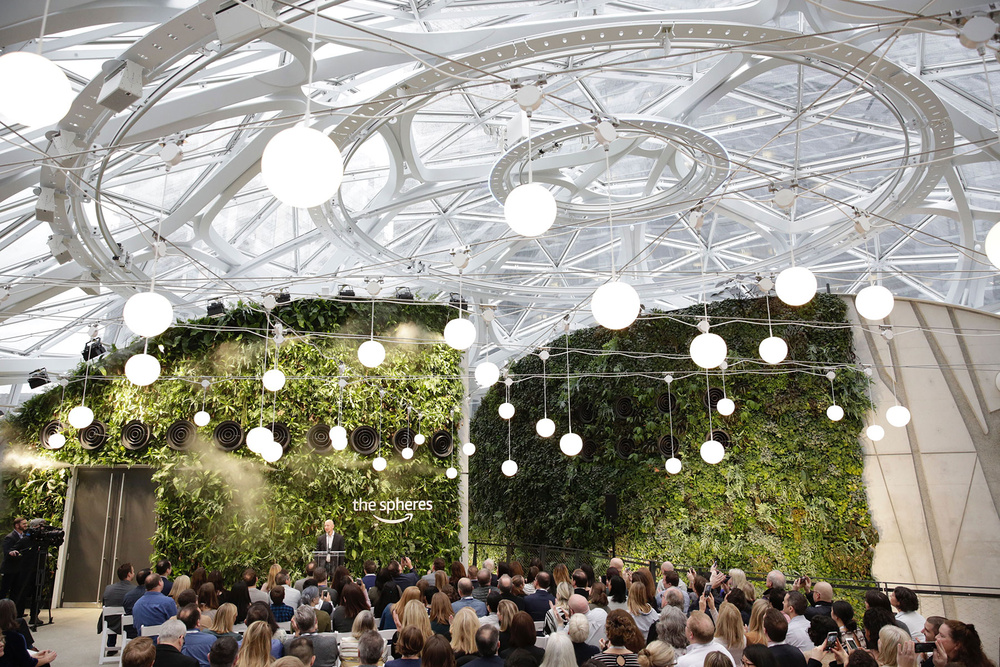 The outer façade of the spheres is based on a form created by nature: the “solid of catalan”, a pentagonal hexecontahedron whose formula is repeated in all spheres, with 60 faces for each one and 180 in total. Thus, the construction has 2,643 energy-efficient transparent glass panels that allow the control of heat and sunlight. The spheres also include a visitor center called The Understory, which is open to the public throughout the year, and promises to create cultural and scientific activities for the residents of the city of Seattle.