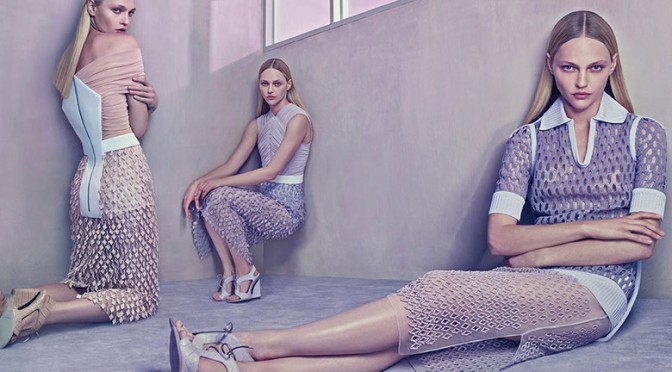 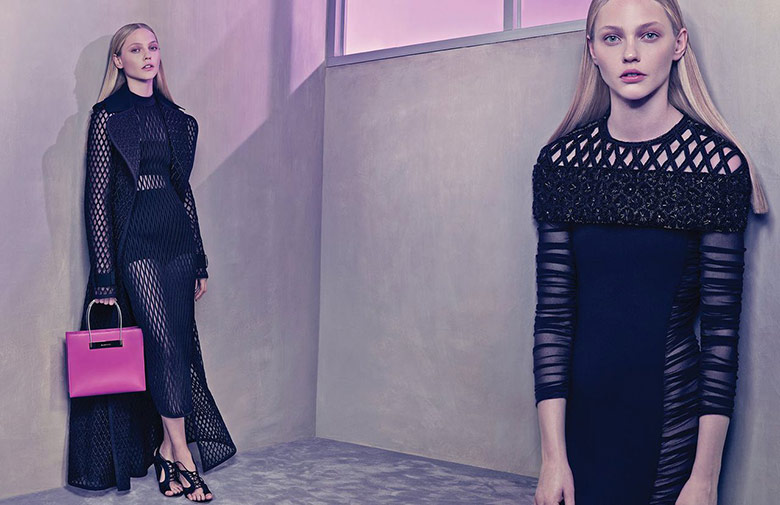 “We chose Sasha for the campaign because there’s something restrained and regal about her, yet she brings a subtle, sultry quality to the image,” said Wang. “I wanted to play with ‘multiple Sashas’ and show different facets of her character and different threads of the collection in each image.” It’s the first time Pivovarova has been featured in Balenciaga’s campaign, for which Wang also used a new stylist, Panos Yiapanis.

This is one of our favorites campaigns so far. Sasha is a good choise for the fashion house. It has this some kind of “Riddick’s Chronicles/Minority Report” look that we actually like.

We cannot end this review and don’t speak a word about the patterns, we are not a fan of the Balenciaga House but we are really liking Wang fantastic job there. The designs have the edgy look that fits to the young working woman amazingly.

As Alexander Wang said, this is the first time for the model in the fashion house campaign, for what we are seeing now it won’t be he last! 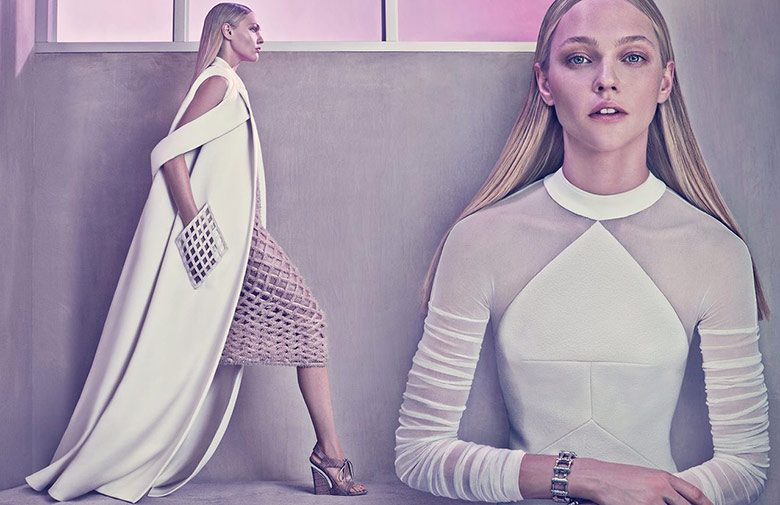 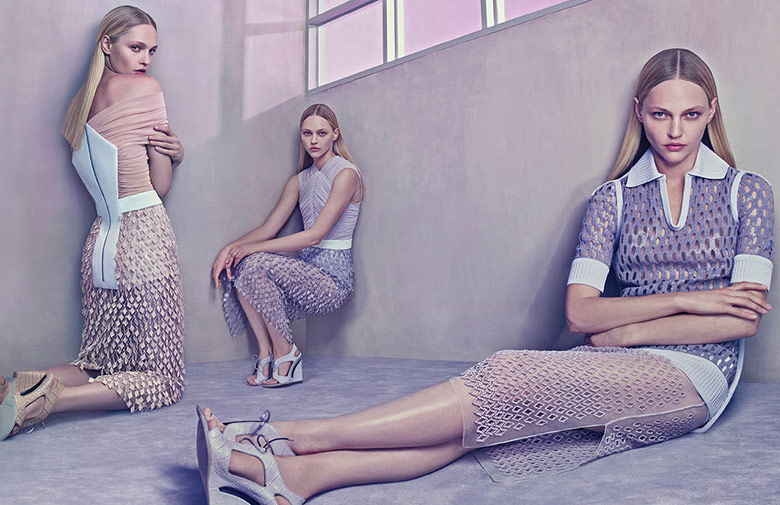 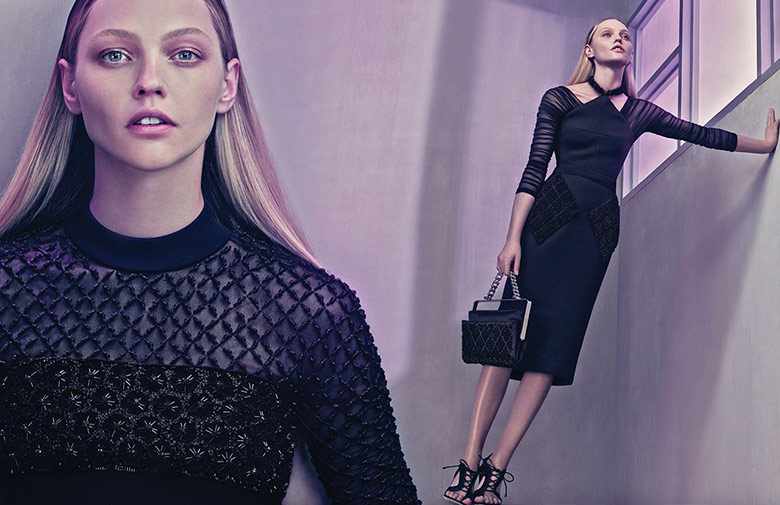 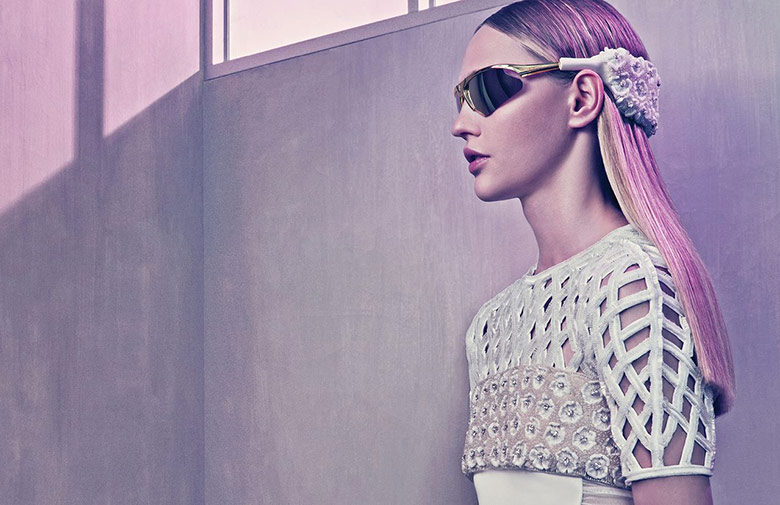 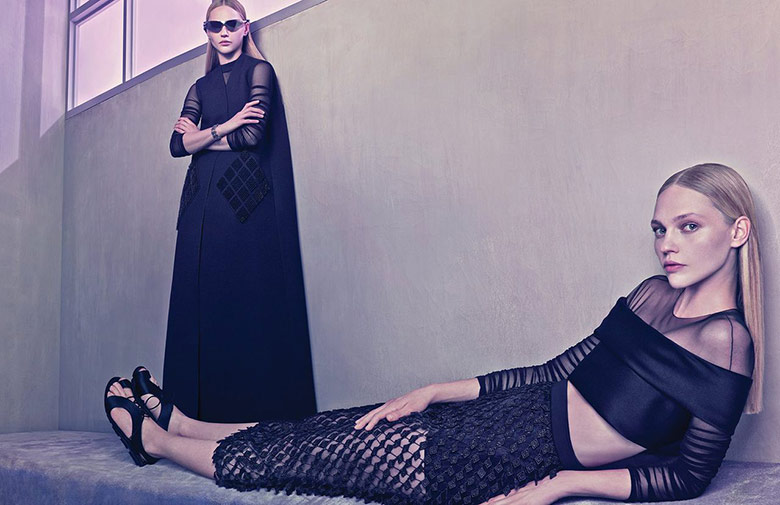 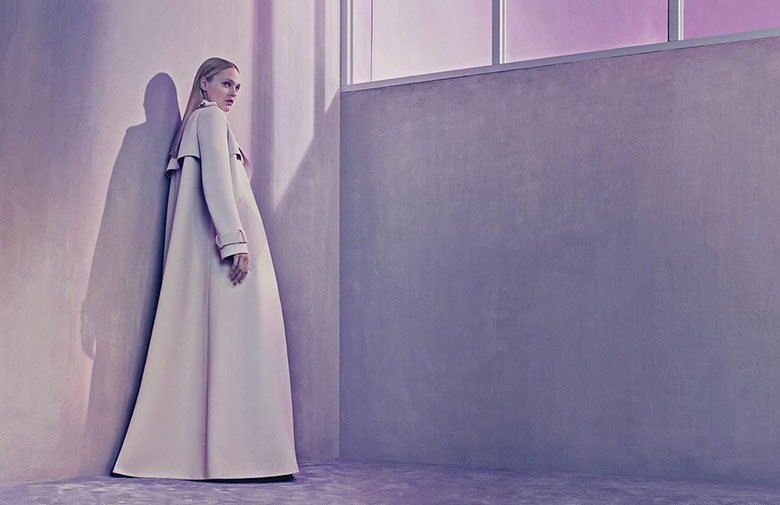 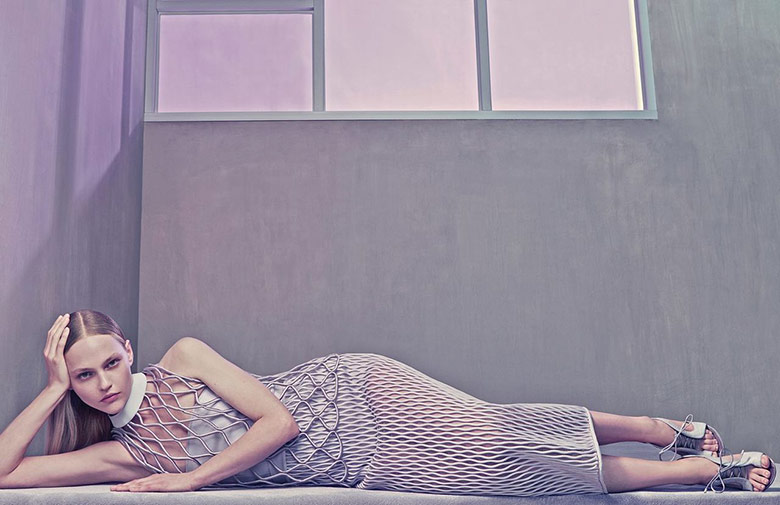