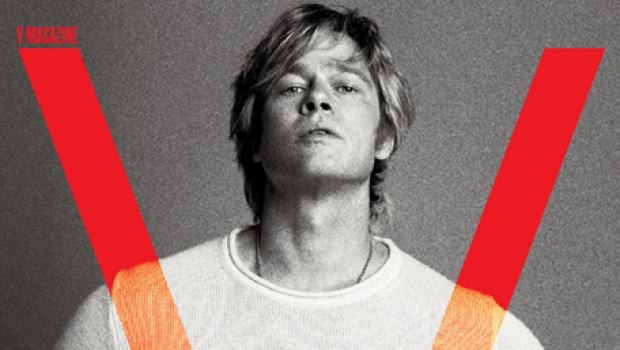 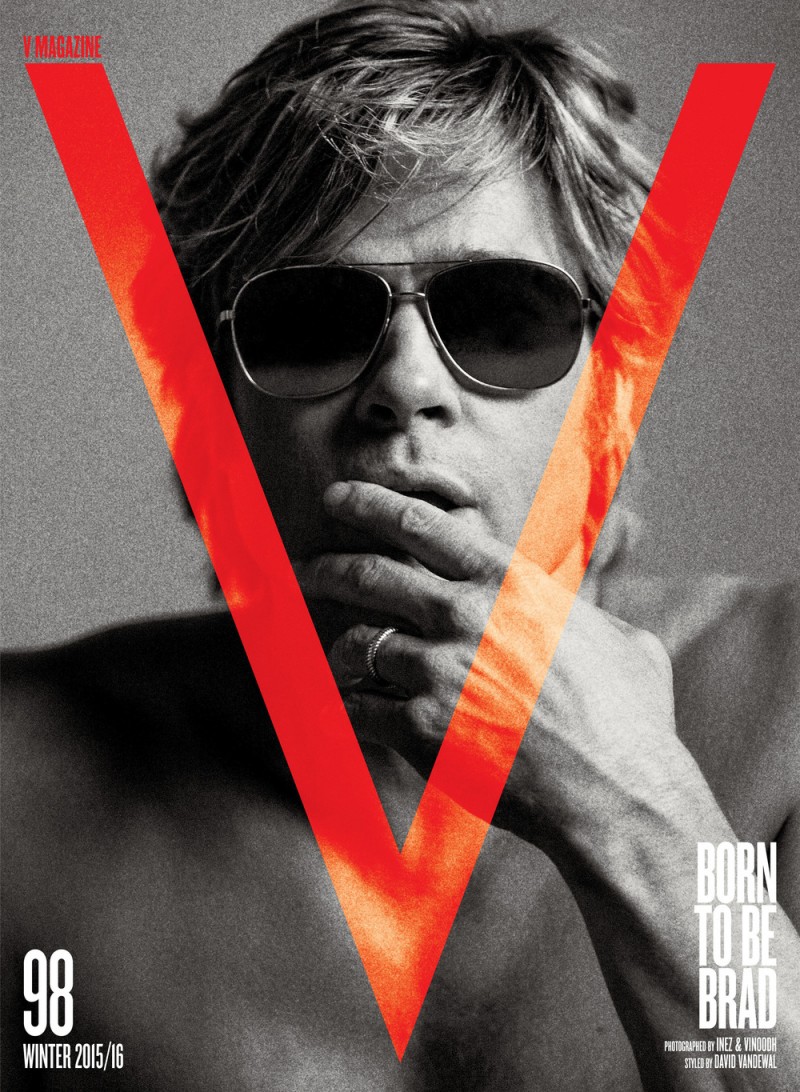 Brad Pitt strikes a pose for the winter 2015 cover of V magazine.

Promoting a professional film reunion with his wife Angelina Jolie in By the Sea, Brad Pitt covers the winter 2015 issue of V magazine. Sporting a shaggy hairstyle, reminiscent of Robert Redford and wearing comfortable essentials, Pitt is photographed by Inez & Vinoodh with styling by David Vandewal. Discussing what it was like being directed by Jolie, Pitt explains, “It’s surprising how much I enjoy the direction of my wife. She’s decisive, incredibly intuitive, and might I say sexy at her post. I trust her with my life.”

Inside the issue Pitt discusses spending his honeymoon filming ‘By The Sea’ with Angelina Jolie, adding “It’s surprising how much I enjoy the direction of my wife. She’s decisive, incredibly intuitive, knife-sharp, and might I say, sexy at her post. I trust her with my life.”

Talking more about the film, he adds, “It was probably not the wisest way to spend a honeymoon. But then again, fighting to make something together…what better metaphor for marriage? It’s not a film that responds to the current zeitgeist or storytelling…rather, a quiet, mature look at the challenges of love and adult loss. Mr and Mrs. Smith this is not…It deals with that period when the honeymoon is well over and the couple is faced with the banality of every day and the pains of the unplanned.” 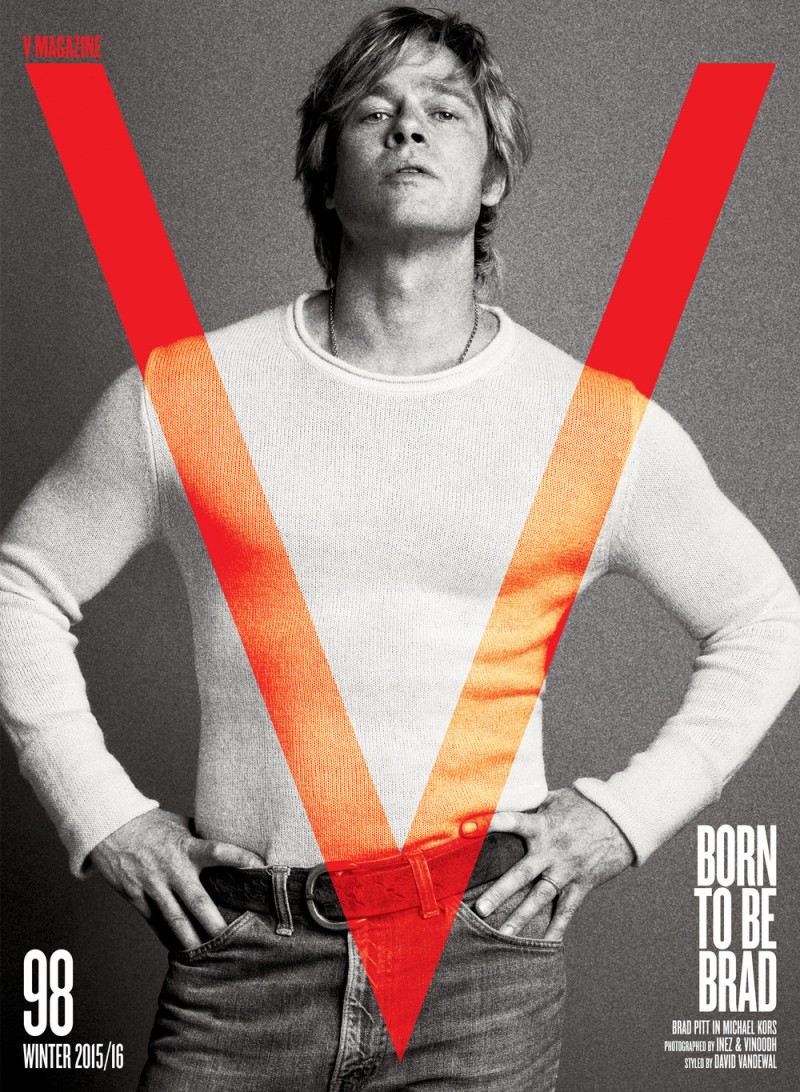 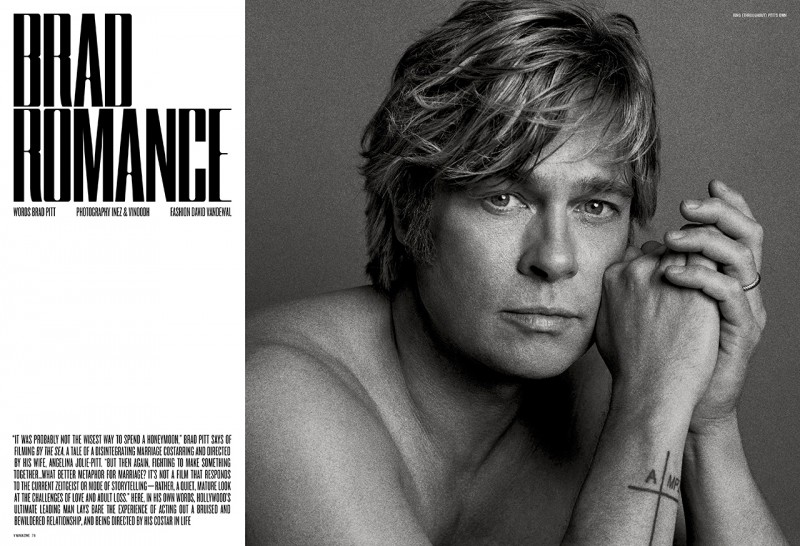 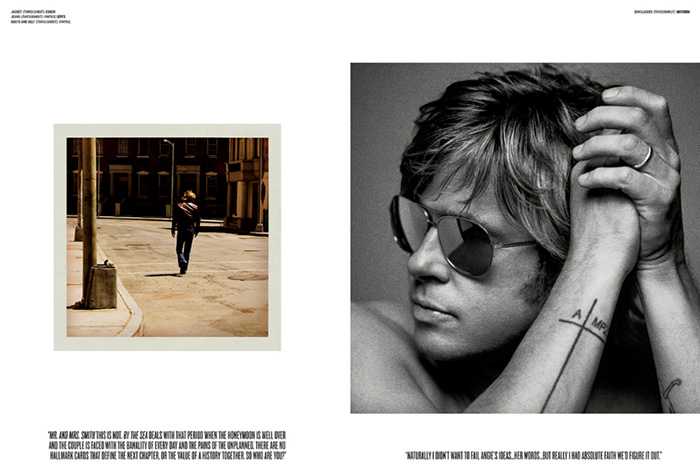 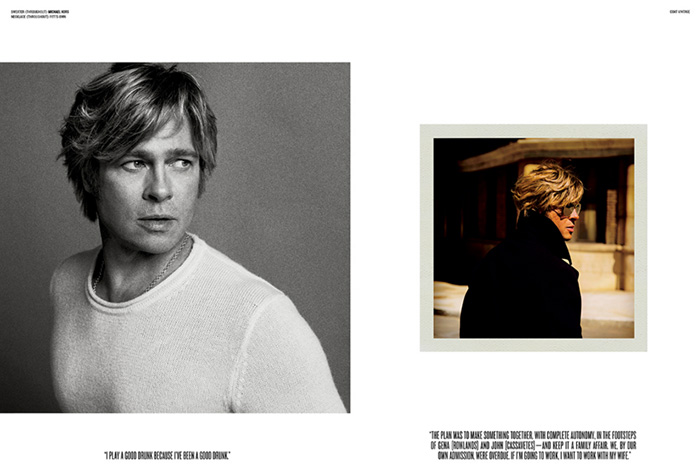 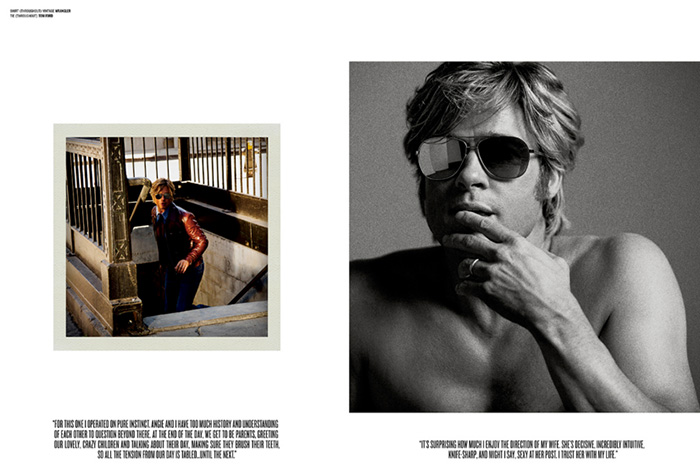