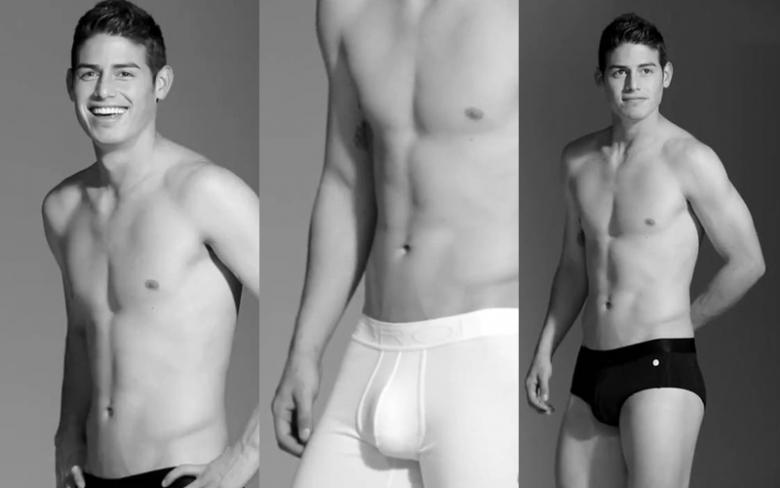 James Rodriguez is following in Cristiano Ronaldo’s and David Beckham’s footsteps: The Colombian soccer player has landed himself a fashion campaign, as the face of Bronzini Black, notes Colombia Reports.

The collection is called “J10 James,” and the soccer player posed for five hours in Medellin before leaving for Spain.

“We chose James Rodriguez to be the face of Bronzini Black because he is a man of style, with confidence in himself, and is surprising at all times,” said Martin Nova, the marketing vice president of the Exito Group.

Rodriguez will also be receiving 500 pieces from the collection, which will go on sale on Aug. 29. The pieces are meant for his everyday life, as well as his athletic life. He changed about 15 times and there were about 2,000 images taken, according to El Tiempo. His exact measurements were taken so that the clothing could fit him perfectly.

The pictures feature Rodriguez in a dark color scheme, mostly made up of greys and blacks. The clothing is casual, so it’s not quite as fashion-forward as Cristiano Ronaldo’s lines.

“For me, a strong foundation is the most important thing throughout every area of my life,” he said, according to the site. “In my sporting life, a strong foundation enables me to perform at my very best, and I apply the same principle to my personal life, business life and the way I dress. Dressing well gives me confidence to be the best that I can be, and underwear with a great fit and modern, stylish shirts are the starting point of every look.”

Ronaldo has teamed up with fashion designer Richard Chai, and the point of his shirt line is to come up with basics that can fit into many parts of someone’s life.