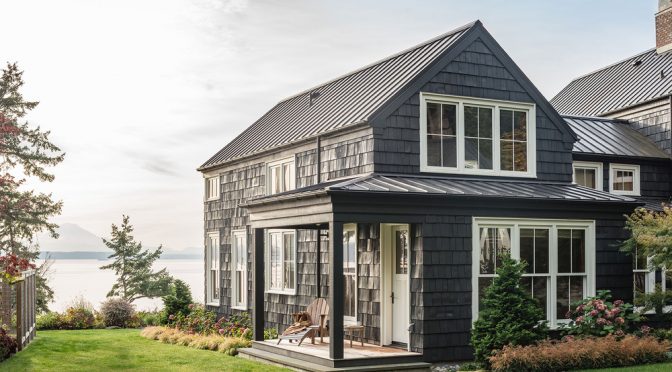 A catastrophe can turn into an opportunity. After suffering a fire, the owners of this family home, located on the northwest coast of the United States, decided to rebuild it from scratch. 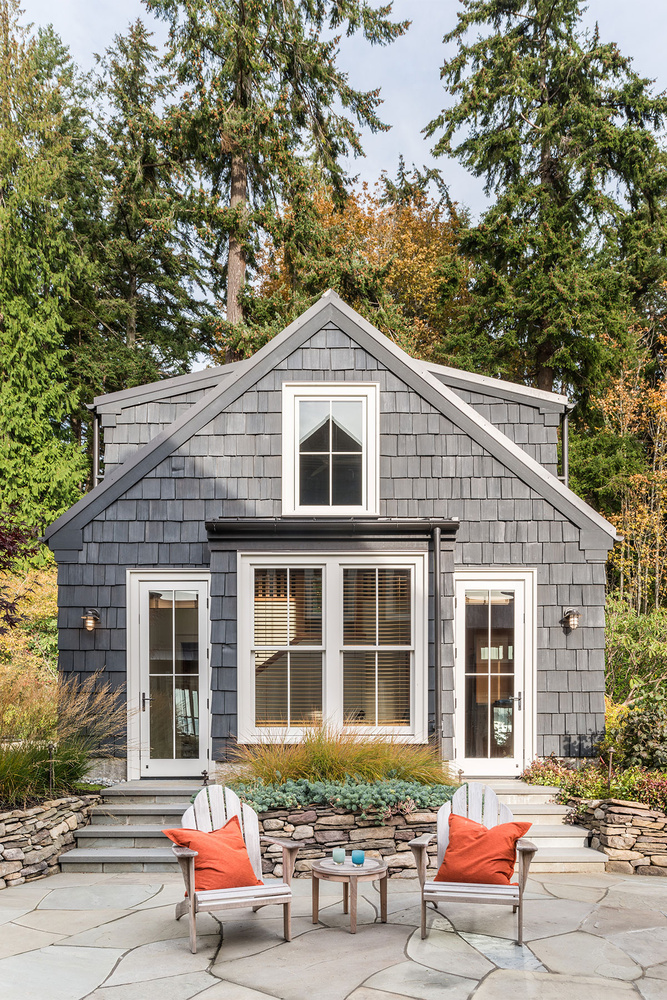 For people who live in the city, have a weekend house or holiday, in a peaceful place, it is ideal to forget about stress. The owners of this house know it perfectly. The couple and their two daughters, who live in Seattle, use this property located on Bainbridge Island as their refuge.

Originally built at the end of 1800 by three brothers, the house was used for several generations before being destroyed by a fire. The current owner – daughter of one of the three brothers – went to the team of Hoedemaker Pfeiffer to build the new structure in the same field. Organized on two levels and spread over an area of ​​540 square meters, the new house was designed to evoke the charm of its predecessor with a modern and elegant twist, to live at least a century more (the same as the previous one). 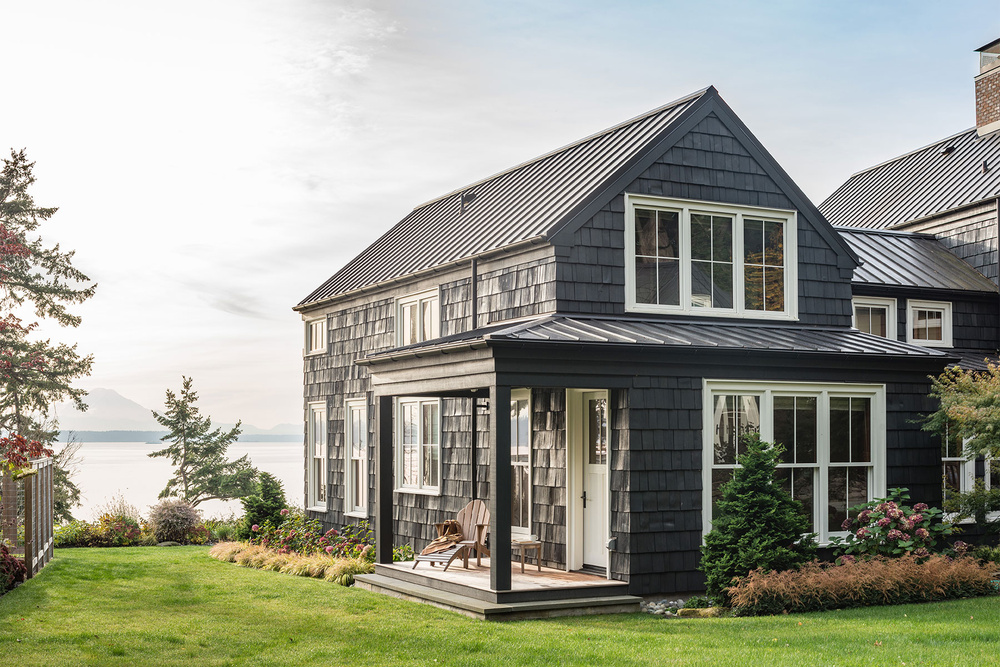 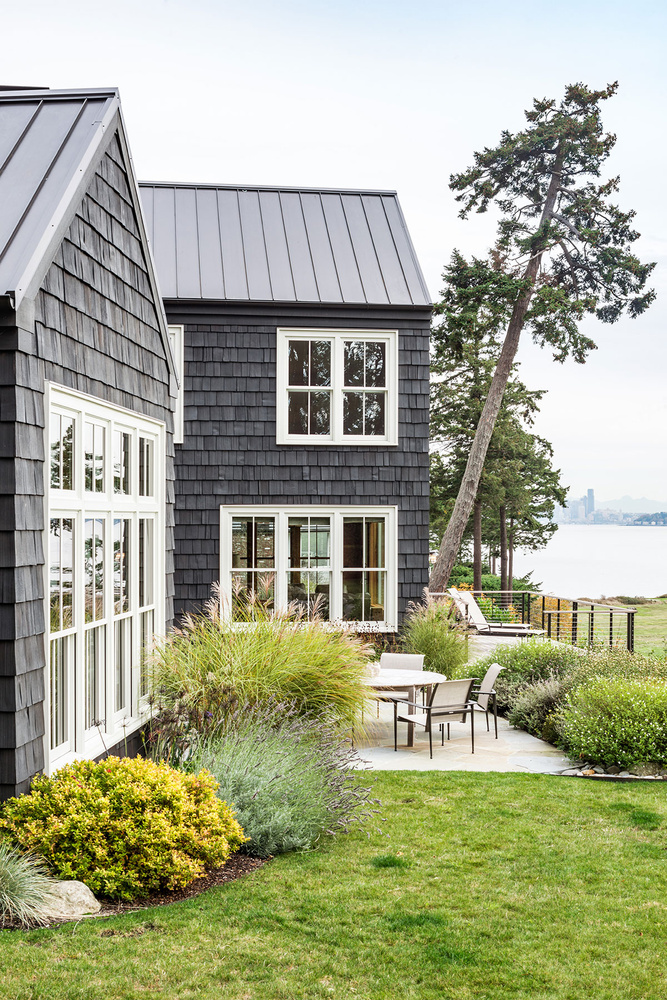 “The owner was very involved in all aspects of the project,” says architect Steve Hoedemaker. “History influenced our design, as well as the desire to divide the building into small components.” Three pavilions are connected thanks to spaces with a lower height, making it easier for light to enter and take advantage of the views. They wanted to accommodate a large family, which is still growing, in a cottage atmosphere.
The new house is inspired by the old one but also in other houses of the neighborhood and the vernacular architecture, to create coherence. The metal roof is resistant and refers to the rural buildings in the area. “We wanted to make a nod to the past, but with rigor and modernity,” says Steve Hoedemaker.

In the interior, designed by Virginia Stamey Interior Design, wood is omnipresent, which provides warmth and honors the natural landscape that surrounds it. Each corner is both cozy and pleasant, and was decorated with rustic touches. From inside you can see a wonderful outside panorama that invites you to rest and to live in the present moment. “The design of this house was an emotional adventure,” says Steve Hoedemaker. Thanks to this project, the history of the family can continue. 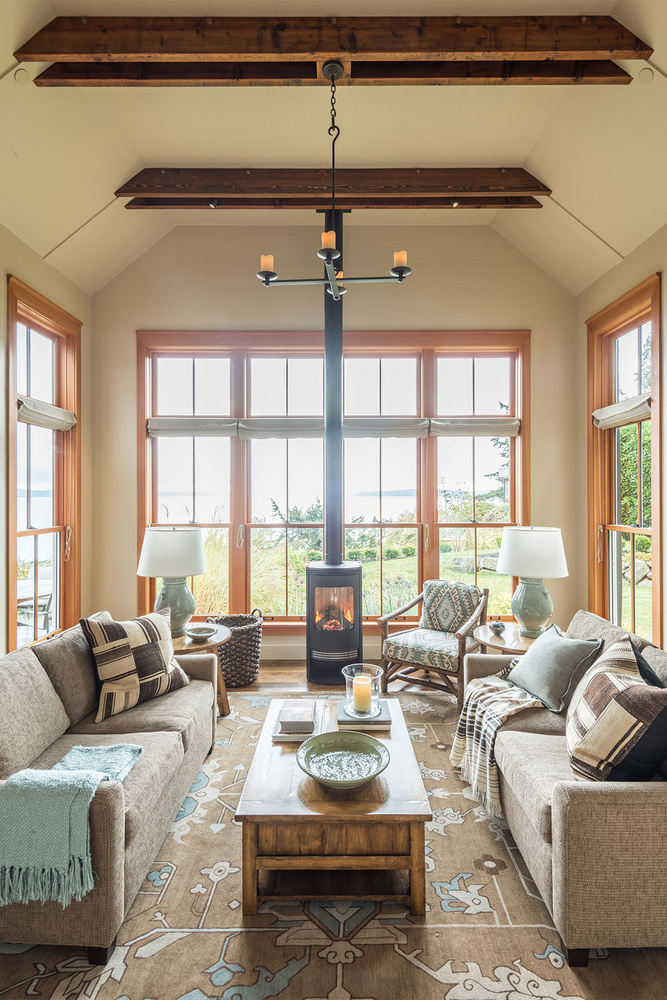 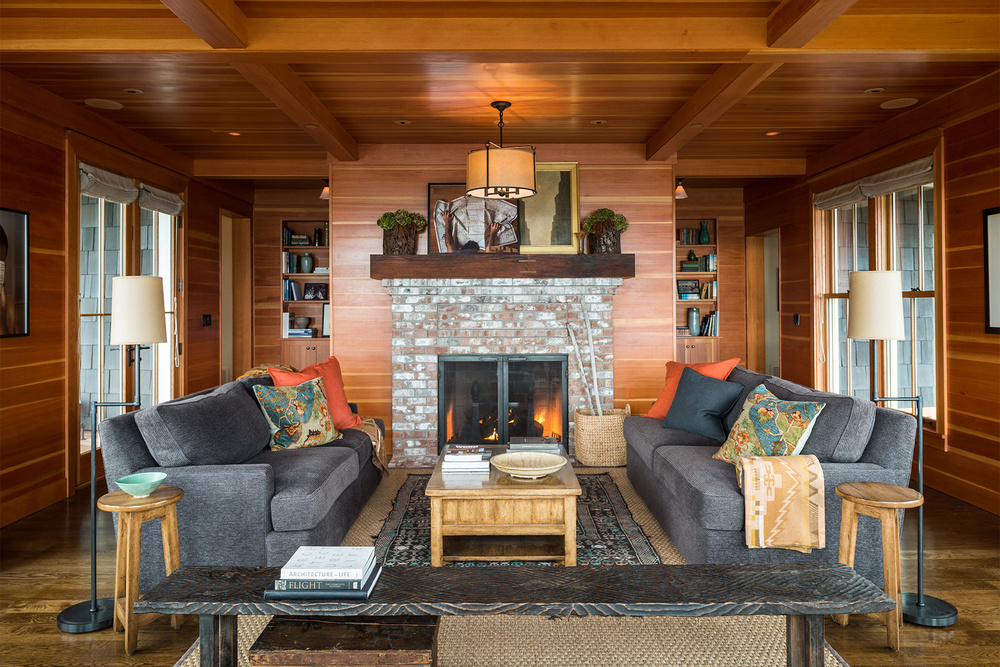 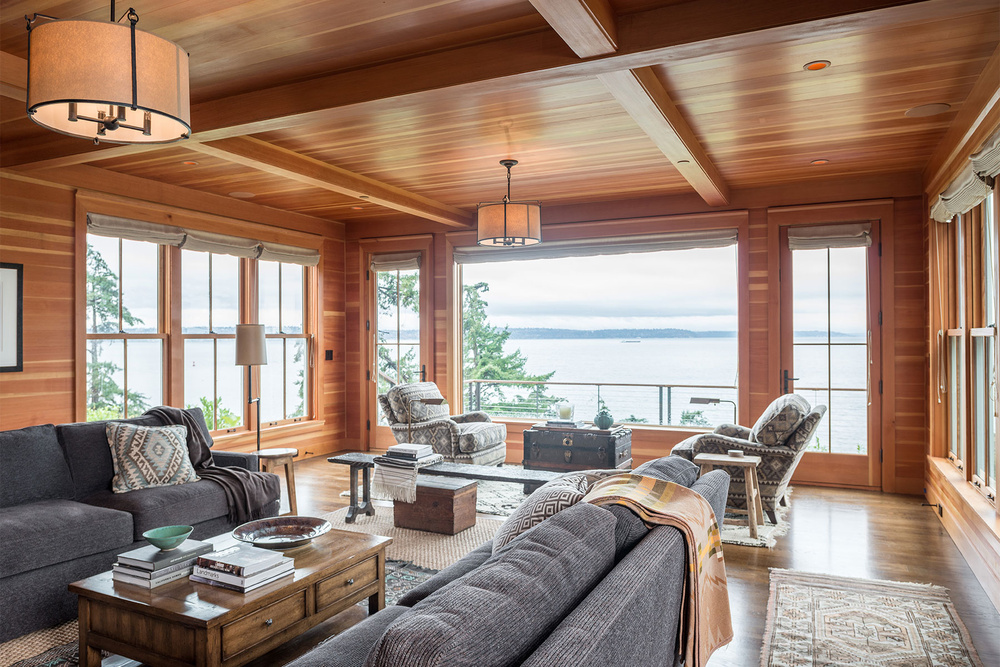 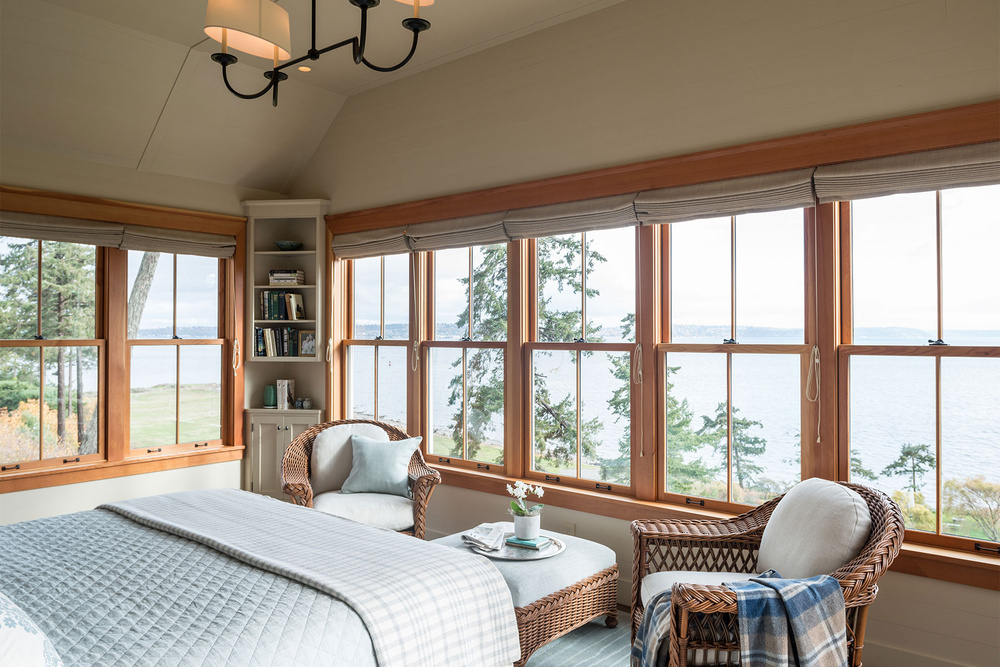 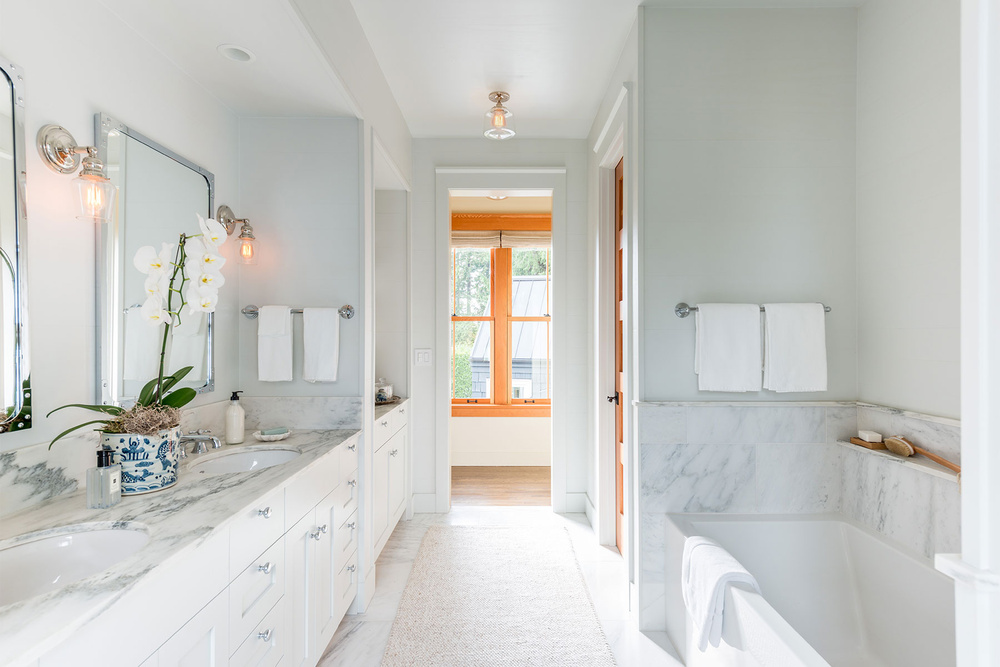 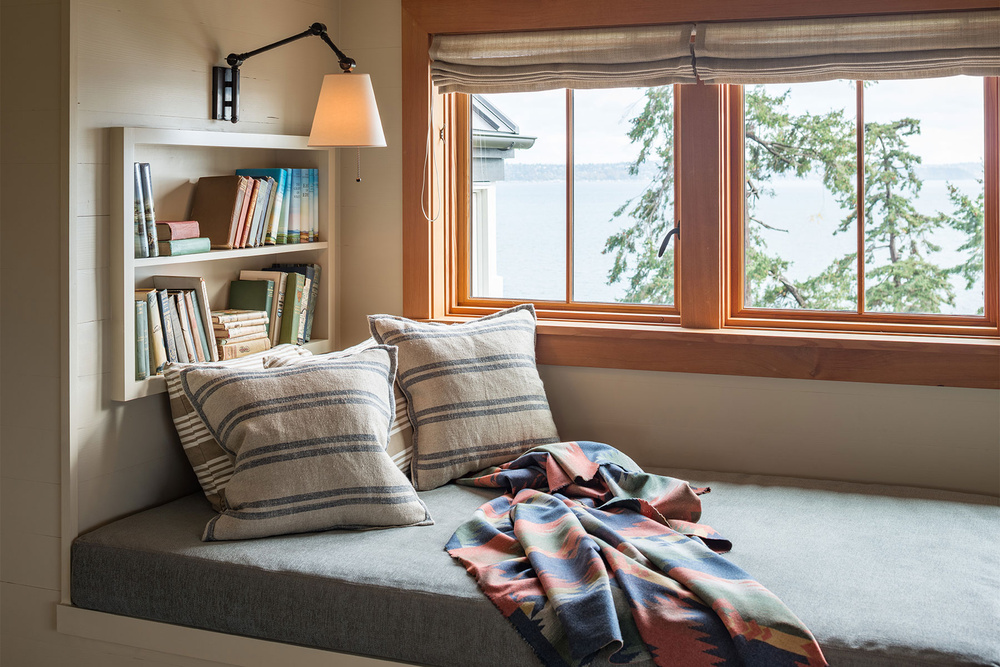 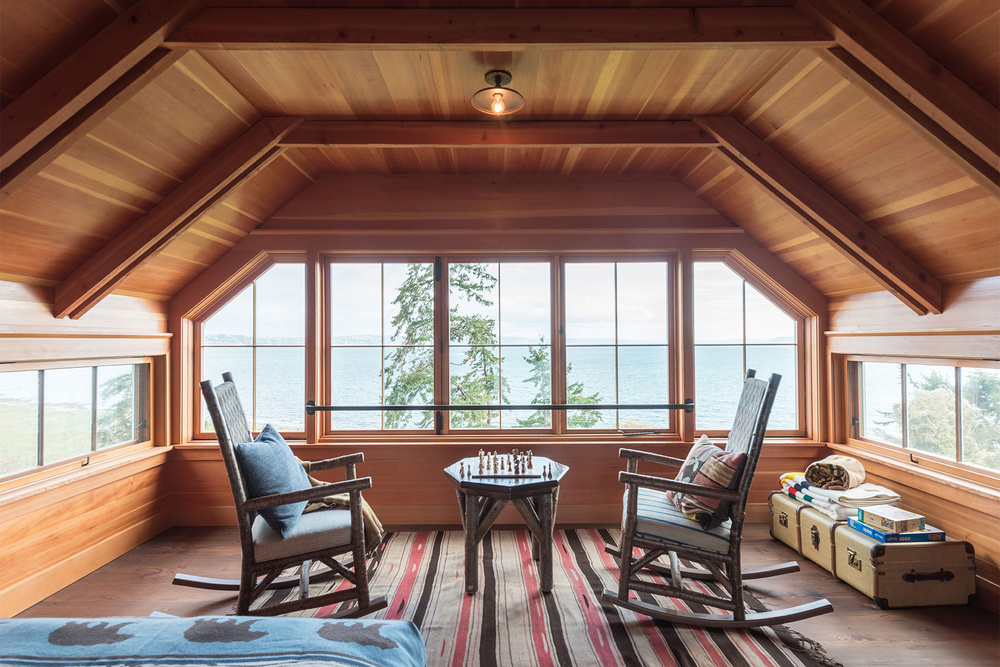 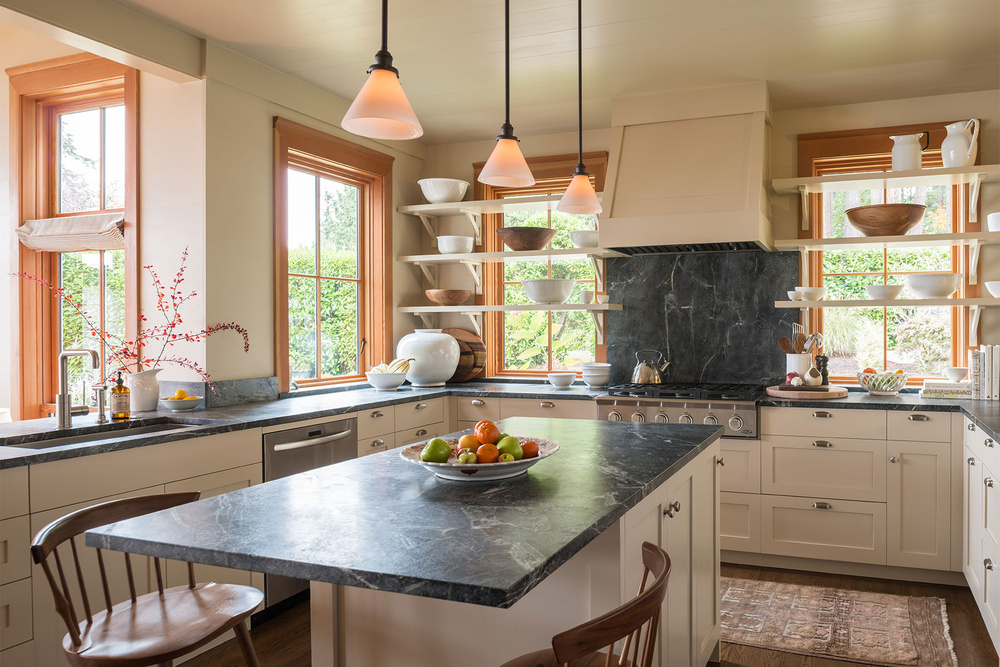 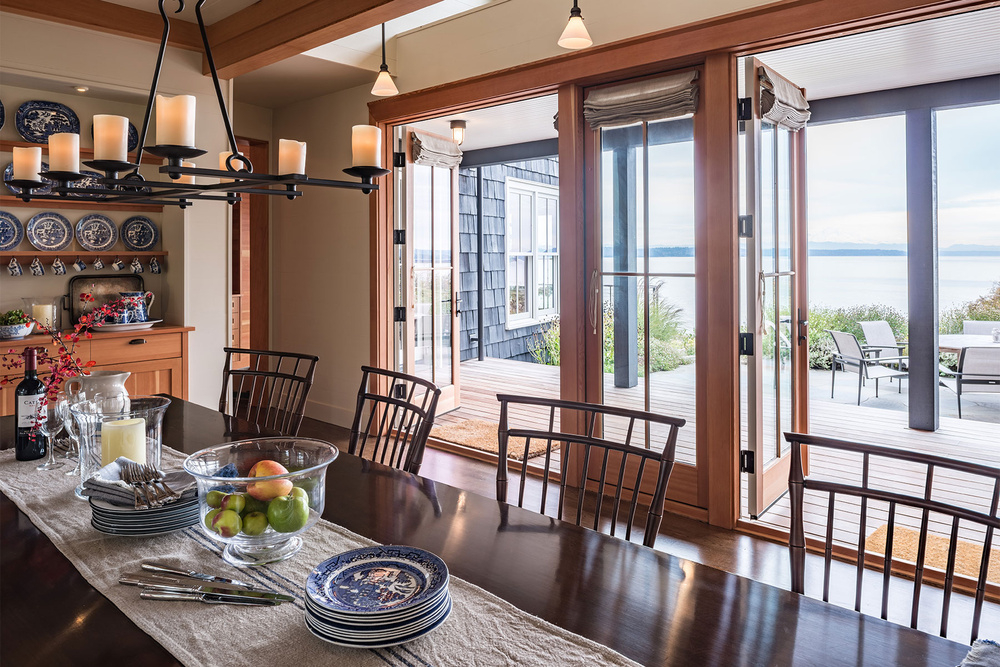