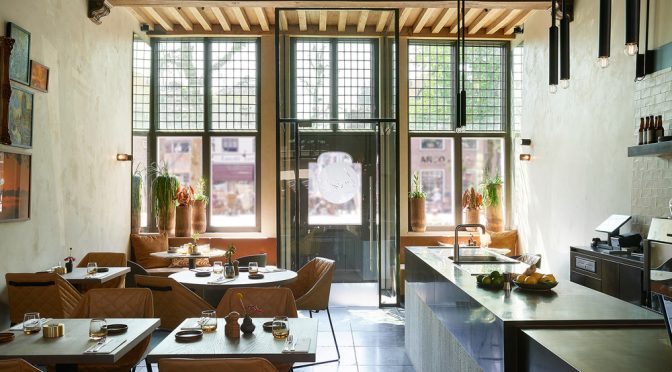 Its name means hex, the restaurant ‘Hex’ has given a new life to the most beautiful building in Oudewater, in the heart of Holland. There they judged the witches, and today their food seems like magic. 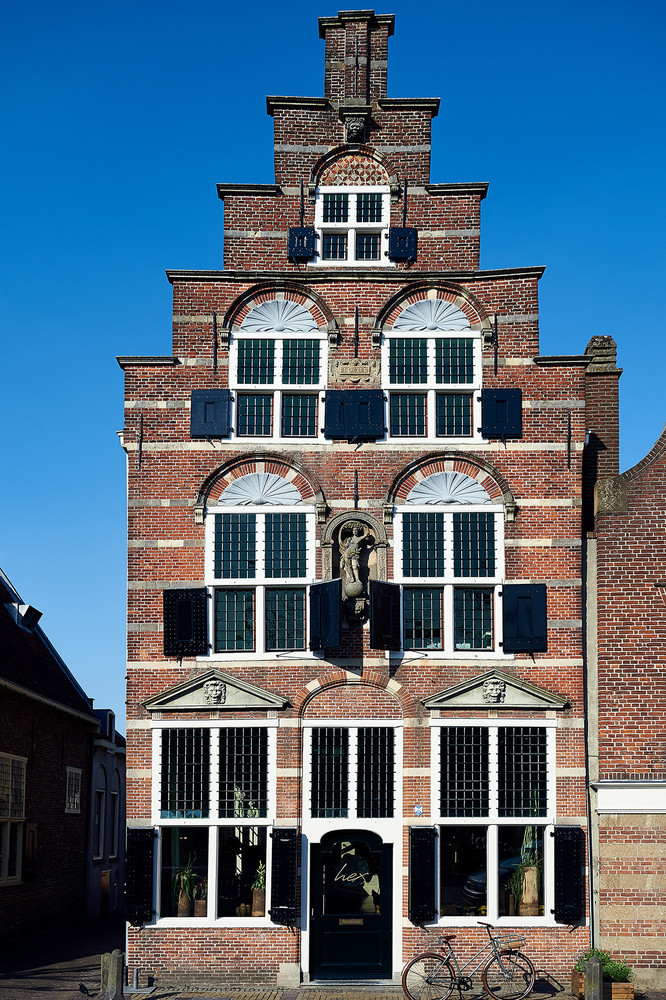 The story of Oudewater is linked to the witches, because during the years they were persecuted and judged, this city earned the reputation of being the only place in Europe that gave them a fair trial. How? In the Waag or witches scale. It was said that witches having no soul weighed less than normal people, so those suspected of practicing it went up. And never, none of the accused, was convicted. So the chef Annemiek Wils and Studio Piet Boon took advantage of the legend to, from the name of the restaurant that wanted to open (Hex means hex) to details of the interior, was linked to the history of the city. 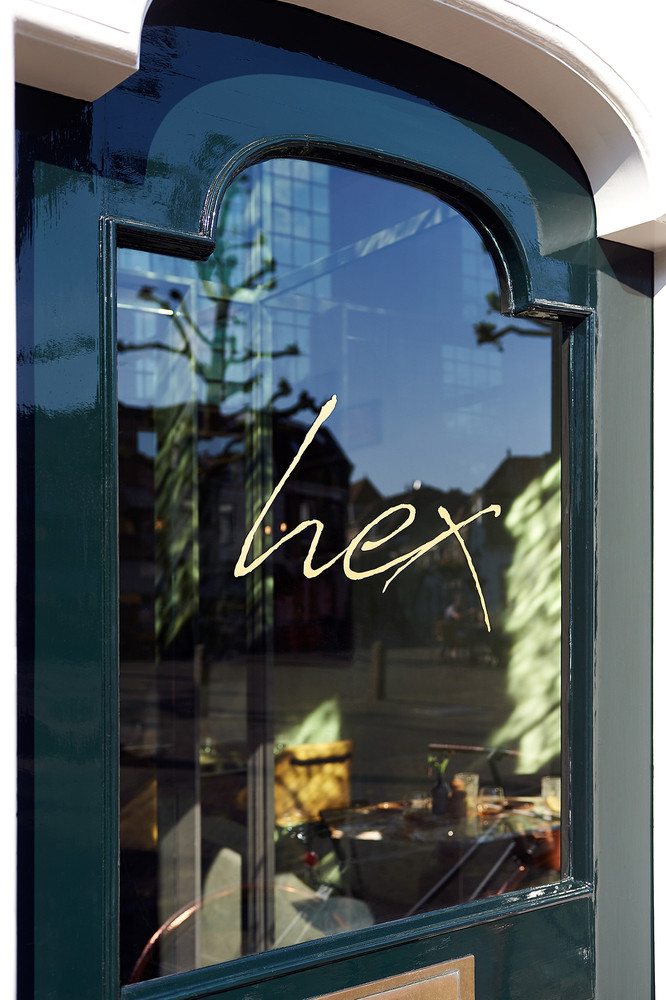 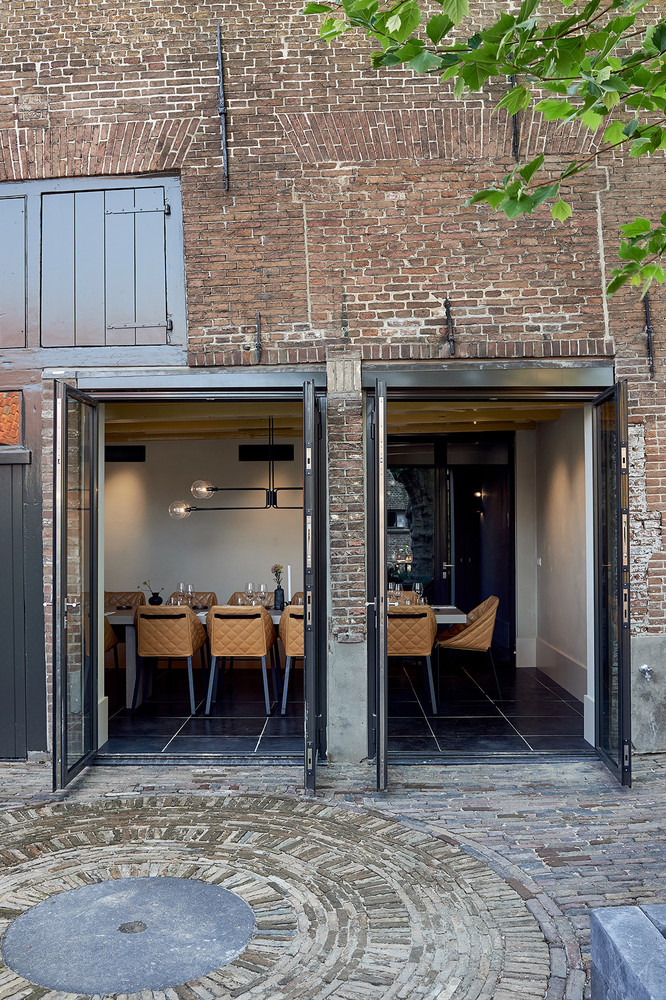 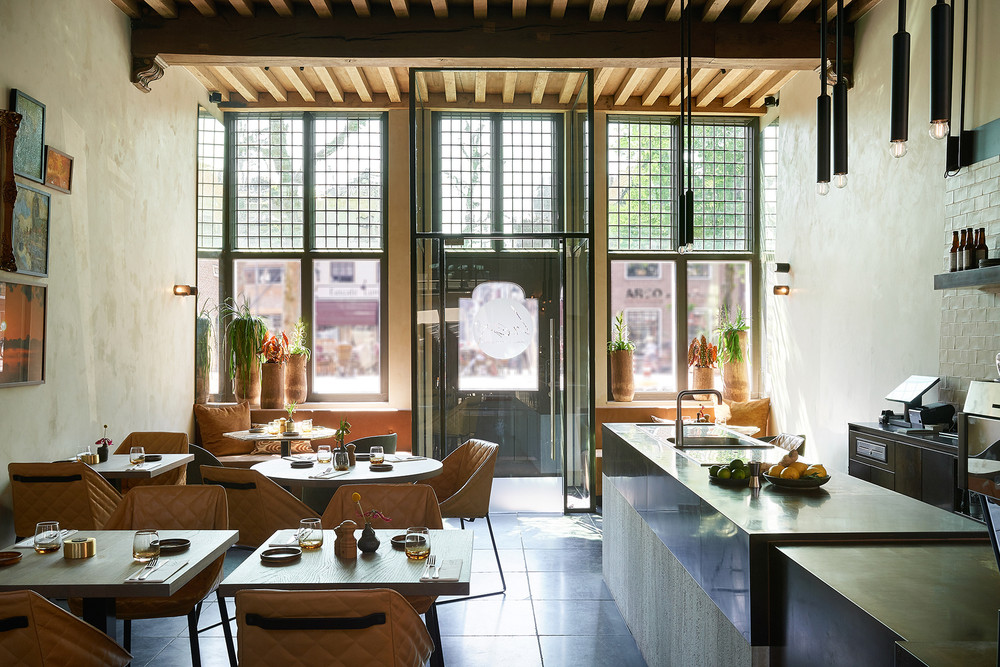 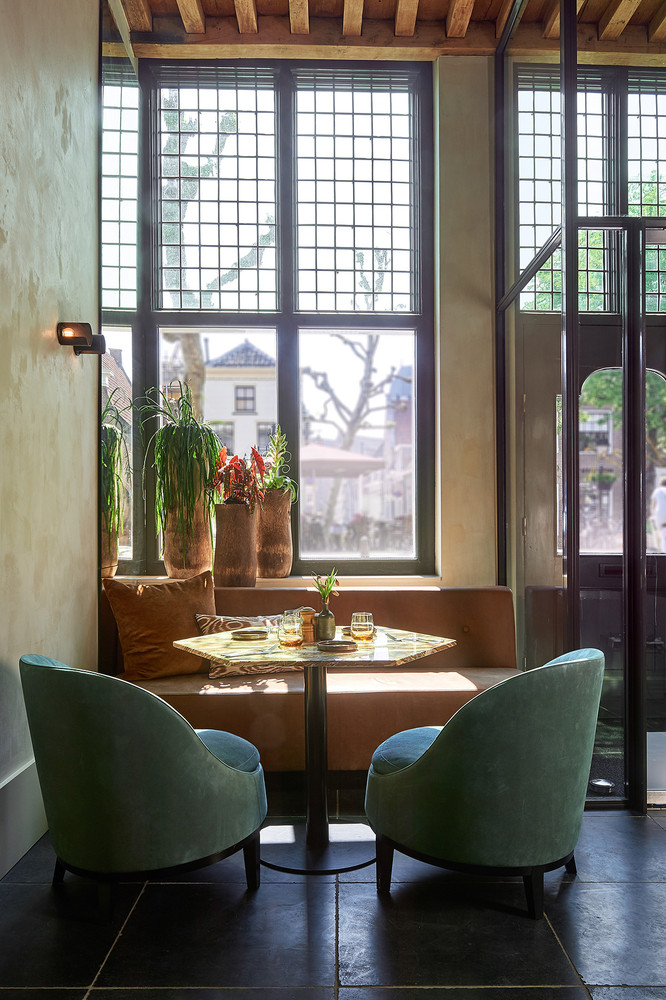 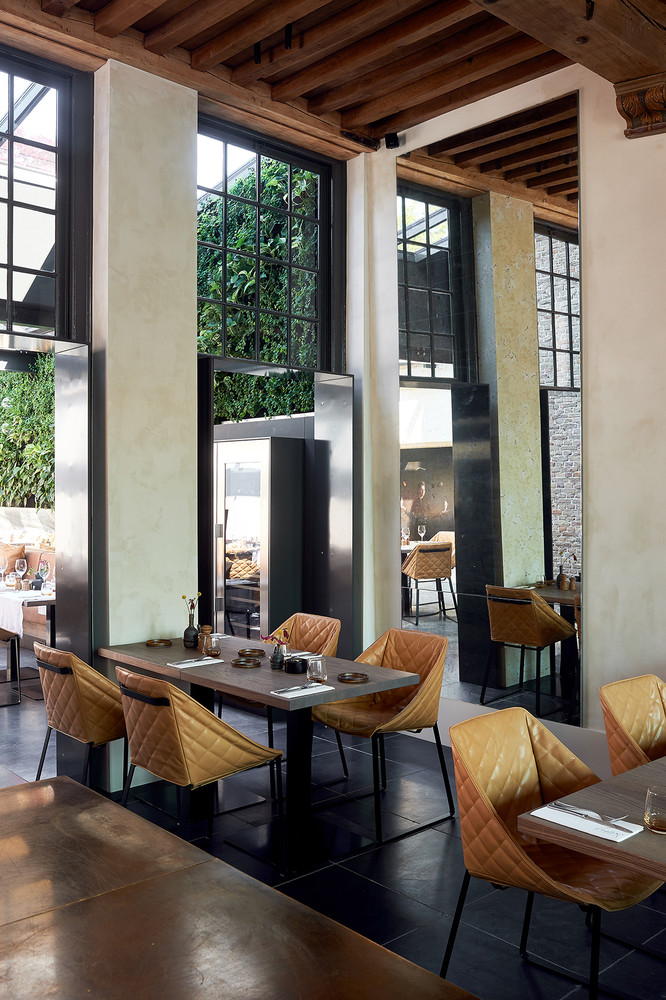 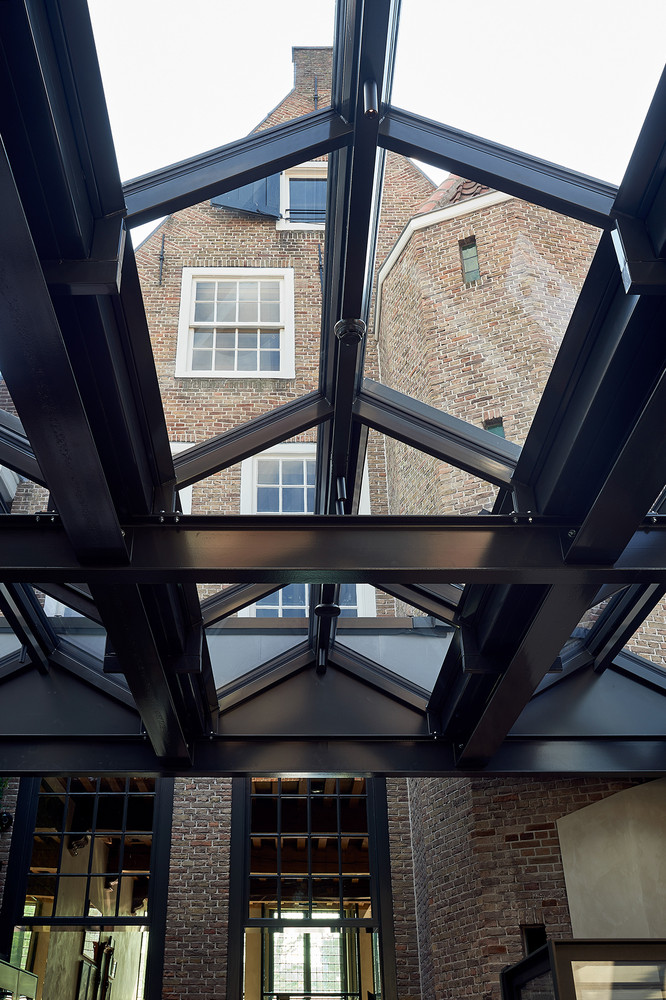 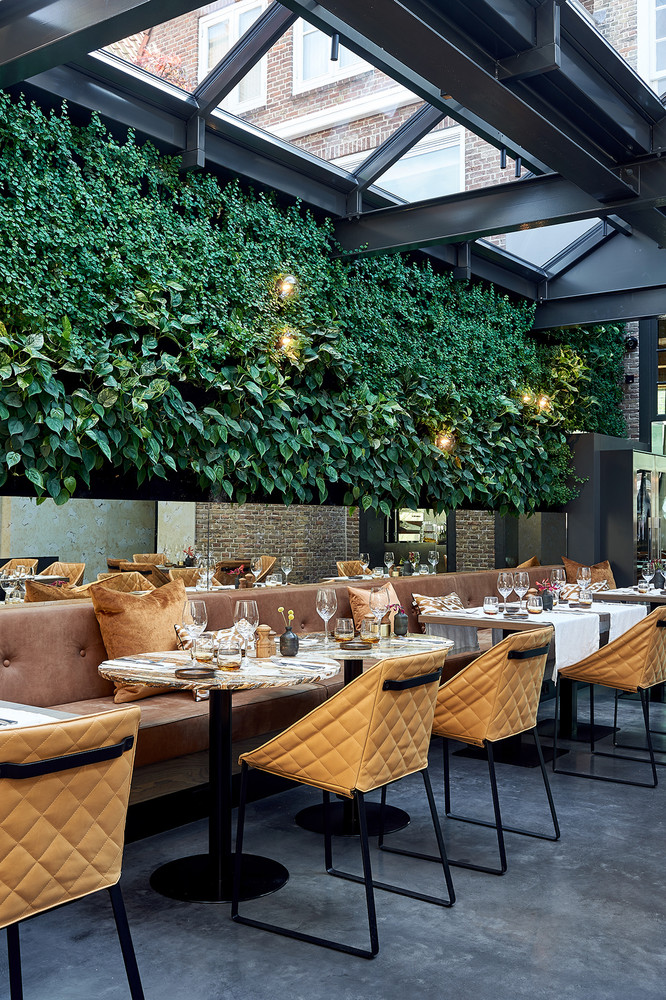 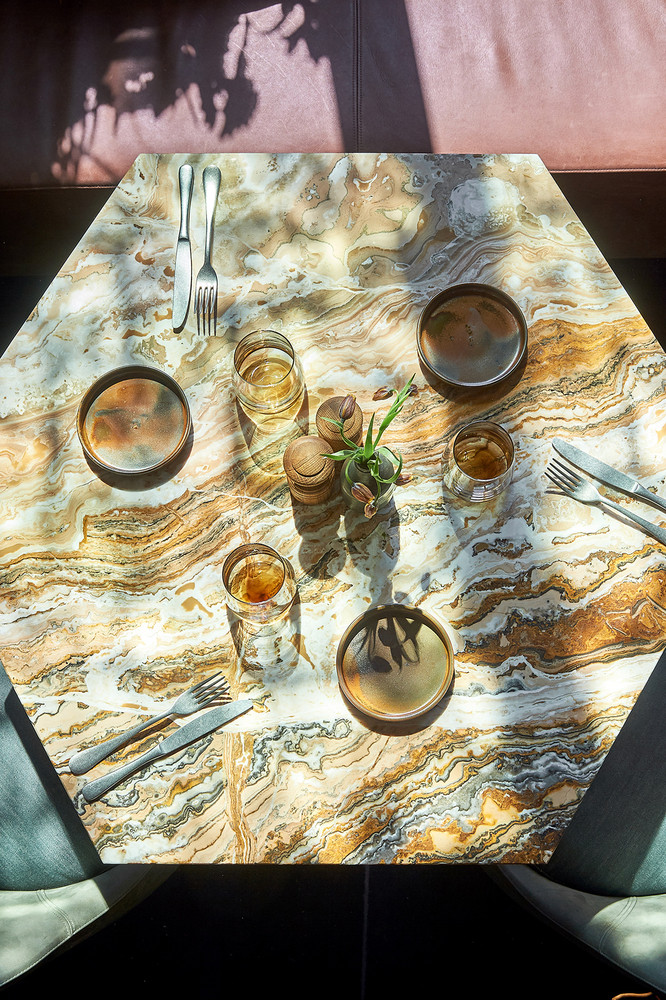 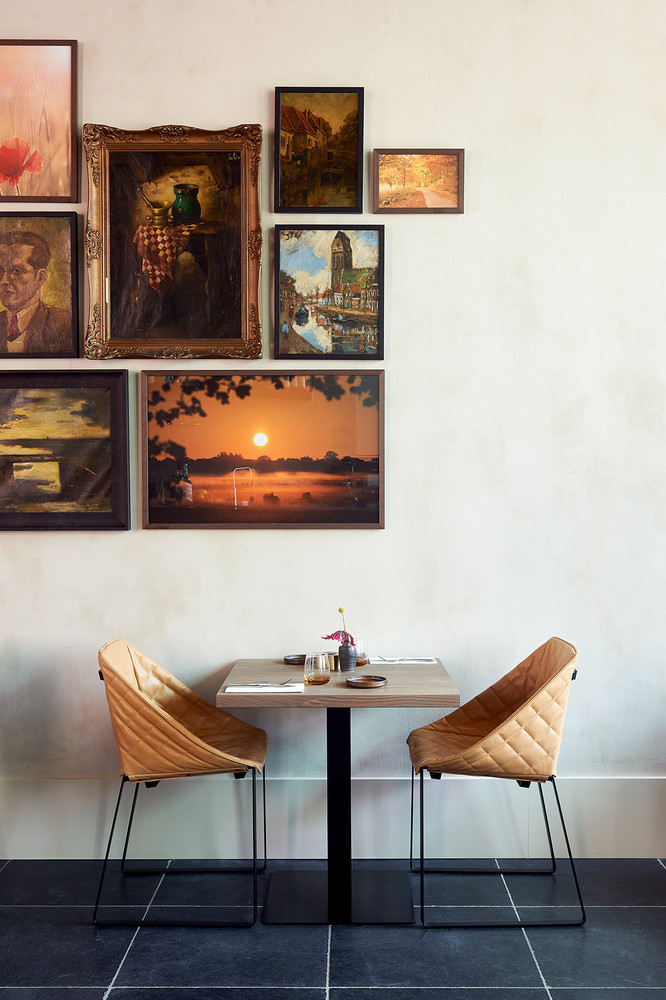 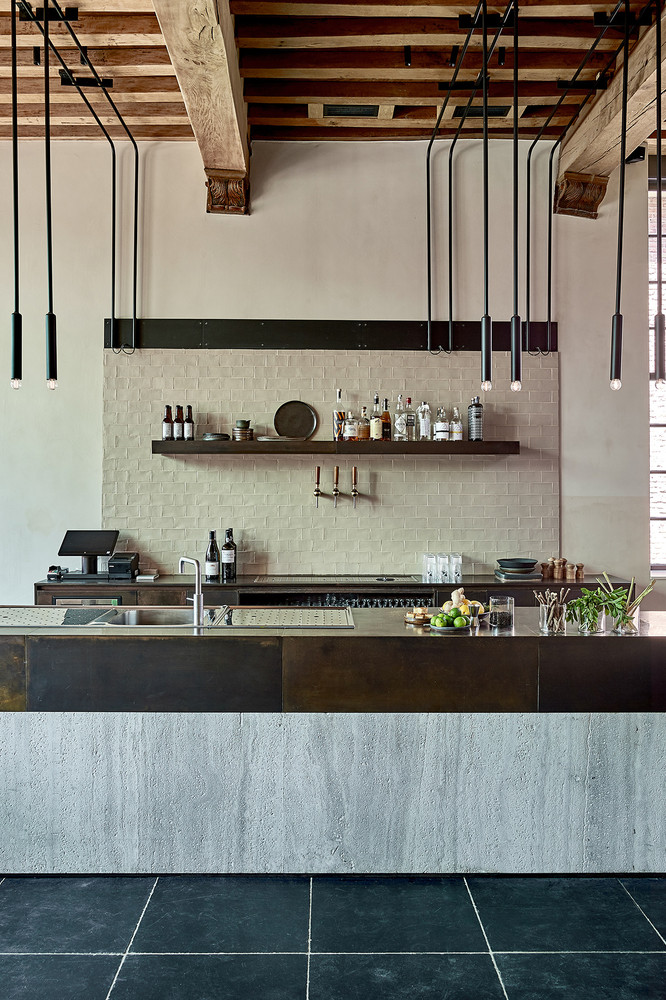 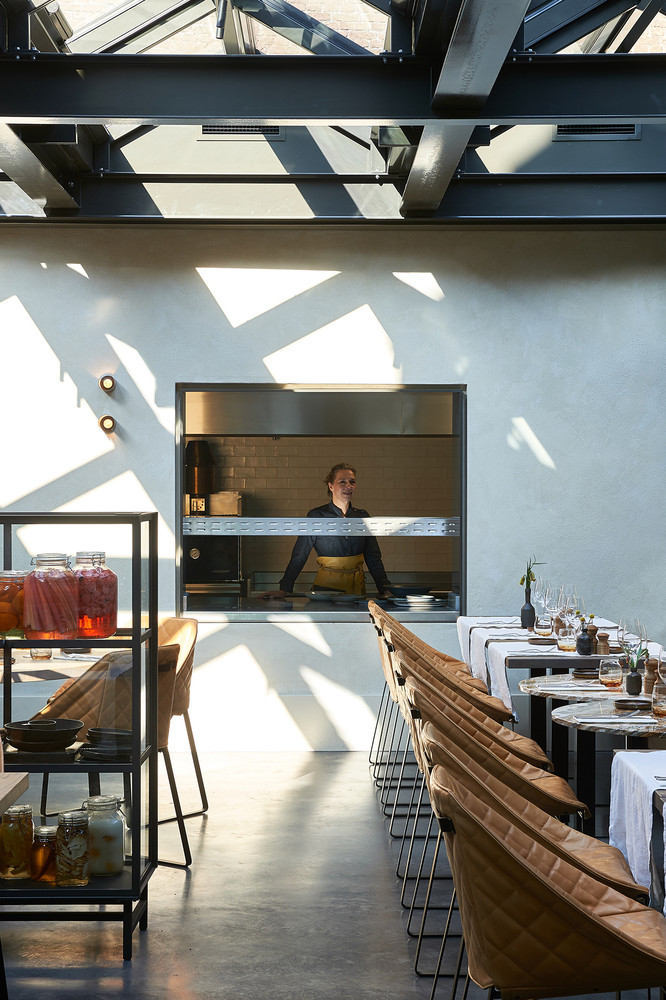 They had the good fortune to find the most beautiful building in Oudewater, the historic Arminiushuis, from 1601, and in it Piet Boon set out to put the city back on the culinary map while respecting the historic architecture and transforming it into a luxurious but cozy restaurant. The four dark brick floors were a perfect canvas to work on, and the studio decided to include the old patio and the back of the house to the new premises. A glass roof and a garden wall were added, which frames the conservatory, and serves as a connecting element between the front and back of the house. Thus, it was possible to increase the capacity of 35 to 70 diners, and played with the interior design to wink the story. The surfaces of the tables of natural onyx stone refer to the ashtrays of the old interior, in the front the hexagonal tables refer to the house of weighing the witches today converted into a museum, the color is an interpretation of the yellow-gold tone of paintings of the seventeenth century. All this under a modern and warm concept that does not lose the essence and makes the meals in Hex an authentic culinary experience. It’s not magic.