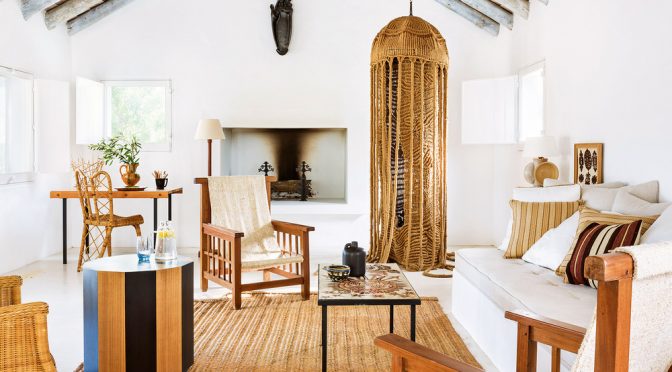 The Mérillou & Suduca duo has become a beauty refuge cabin for Comporta in an essential place where the cult icons of the 50s and 60s coexist with pieces of Portuguese crafts. 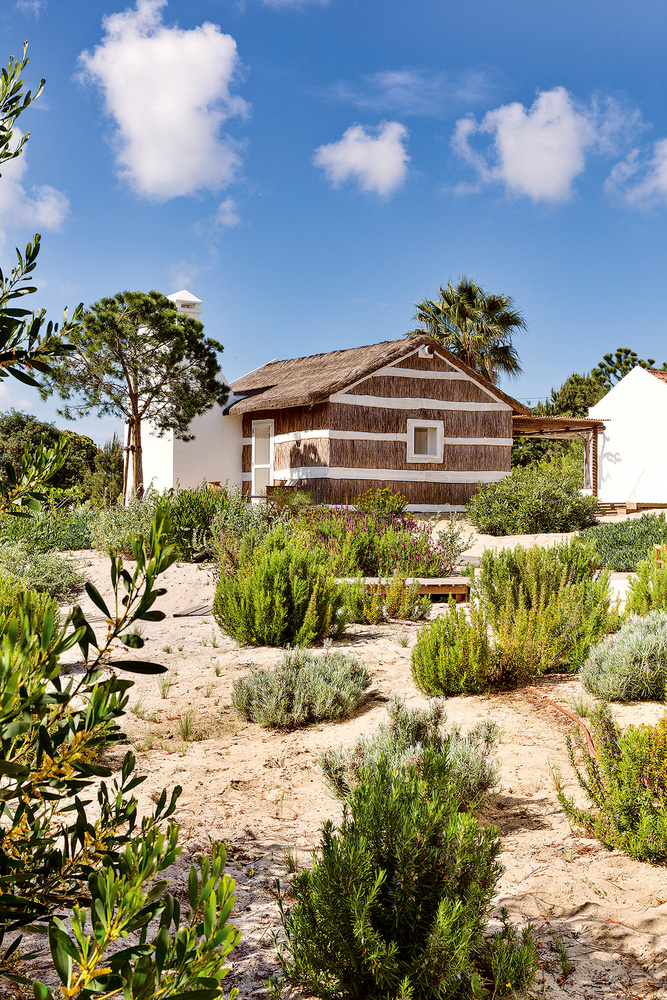 The intense blue color of the waters and the fine white sand of Comporta, a paradise just one hour south of Lisbon, have captivated a multitude of architects, designers and creatives from all over Europe in recent years. Among them, those responsible for the Galerie Saint Jacques de Toulouse, a couple that with their residential projects has popularized the modern antiquities of large companies such as Adnet, Arbus, Royère, Sornay, Ponti or Jansen. 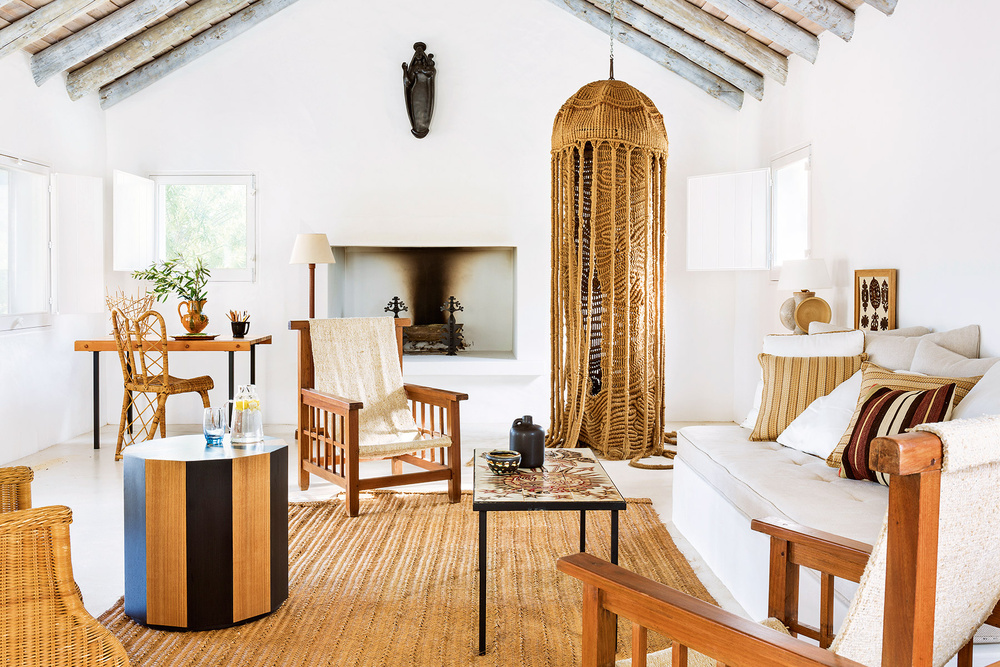 Interior designer Thierry Mérillou and architect Daniel Suduca arrived in Lisbon in 1998 to visit the Expo and spend a few days with some friends. With them they discovered the outskirts of the Setúbal Peninsula and fell in love with that then totally wild place. “We went on holiday to Portugal every year and traveled the country by car, until 2013 when we decided to buy a virgin plot of 5,000 m2 populated with pine, fig and mimosa,” they explain. In it there was only a modest thatched hut, like the ones that farmers in the area have traditionally built with the vegetable remains of neighboring rice fields. “They are exclusive to this region, they are only found within a radius of eight kilometers around. There are not many people who know how to do them. Therefore, working with the builder Nuno Carvalho was crucial. He is a native of Comporta and knows local architecture, proportions and local materials very well. Before touching anything, we combed the region by photographing details, measuring doors and windows. ” 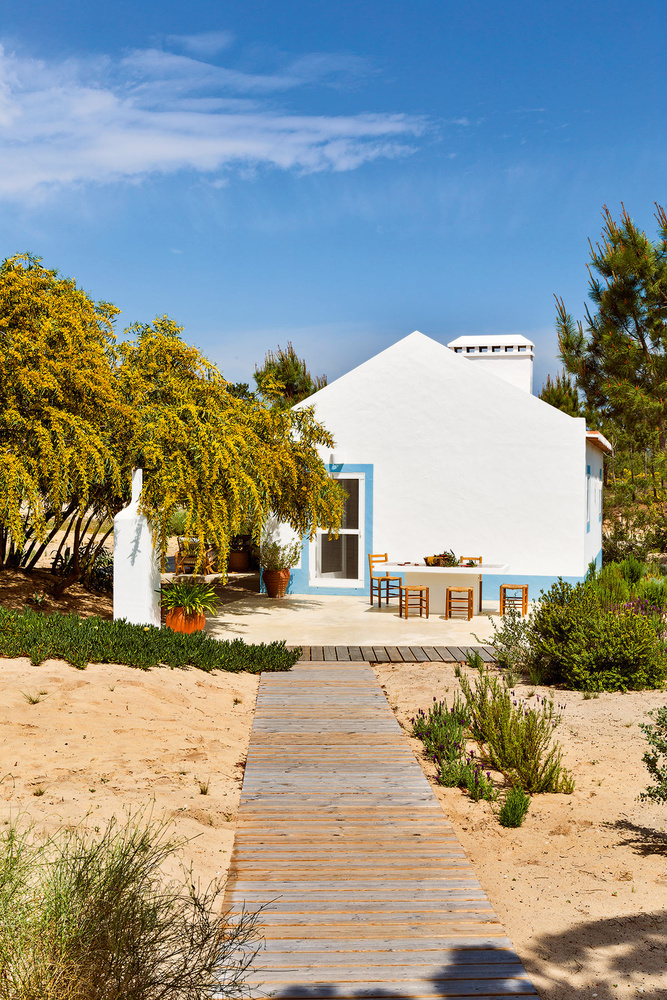 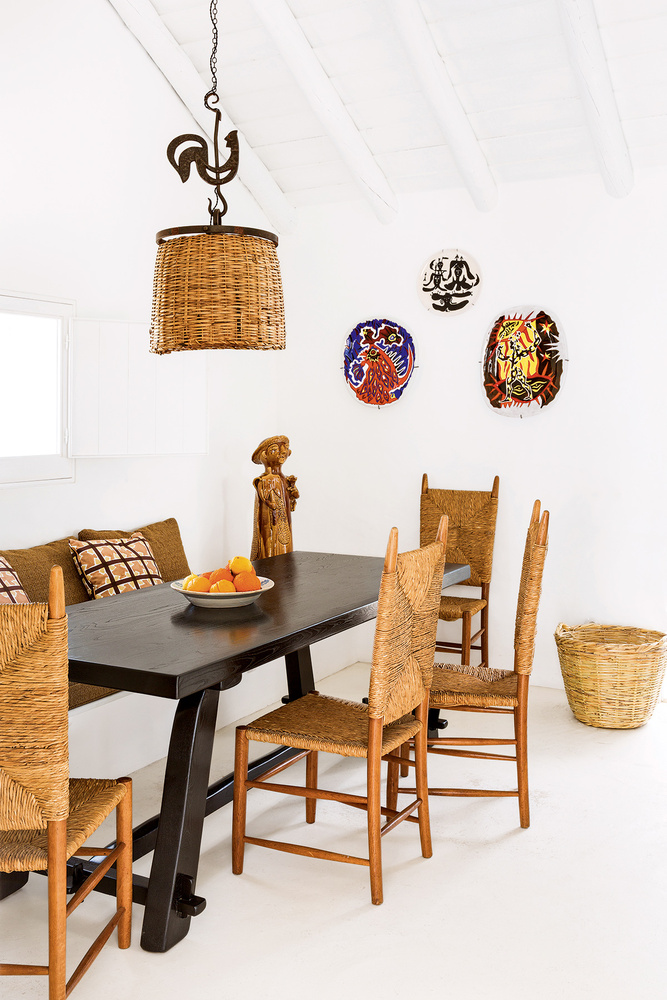 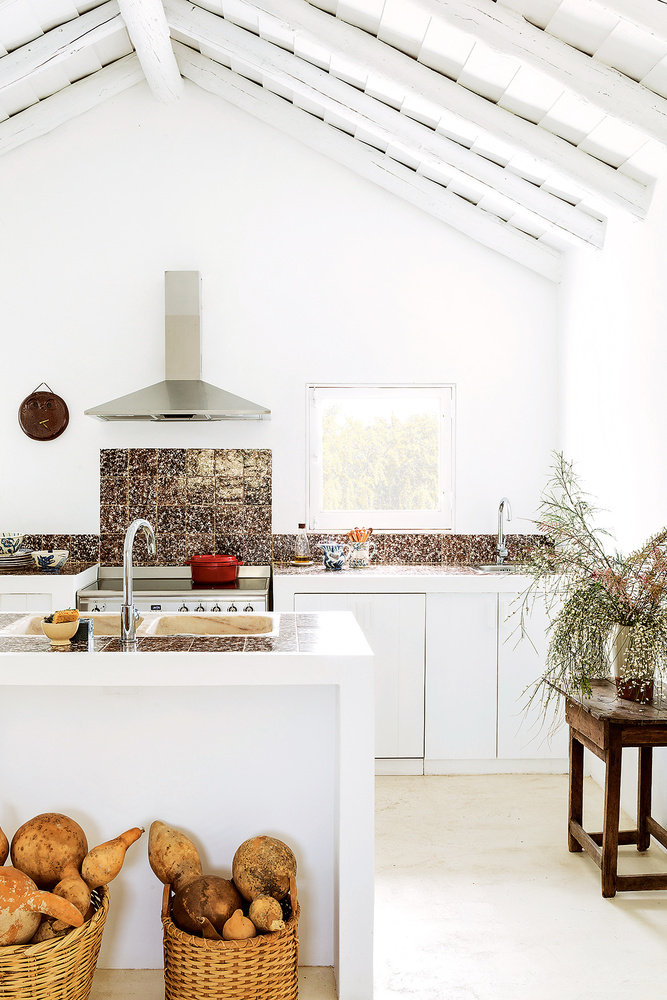 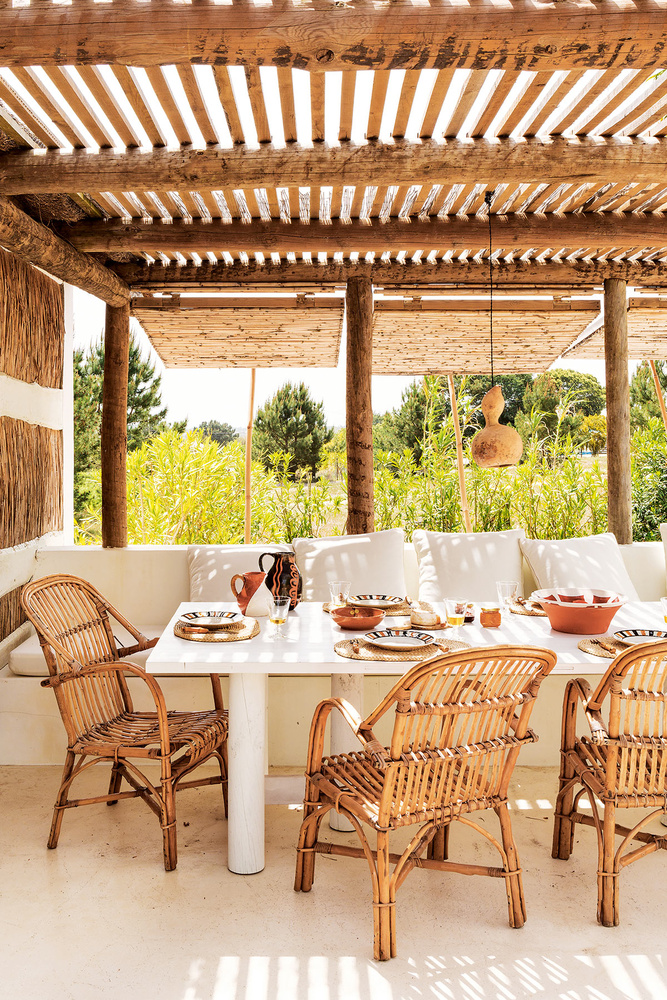 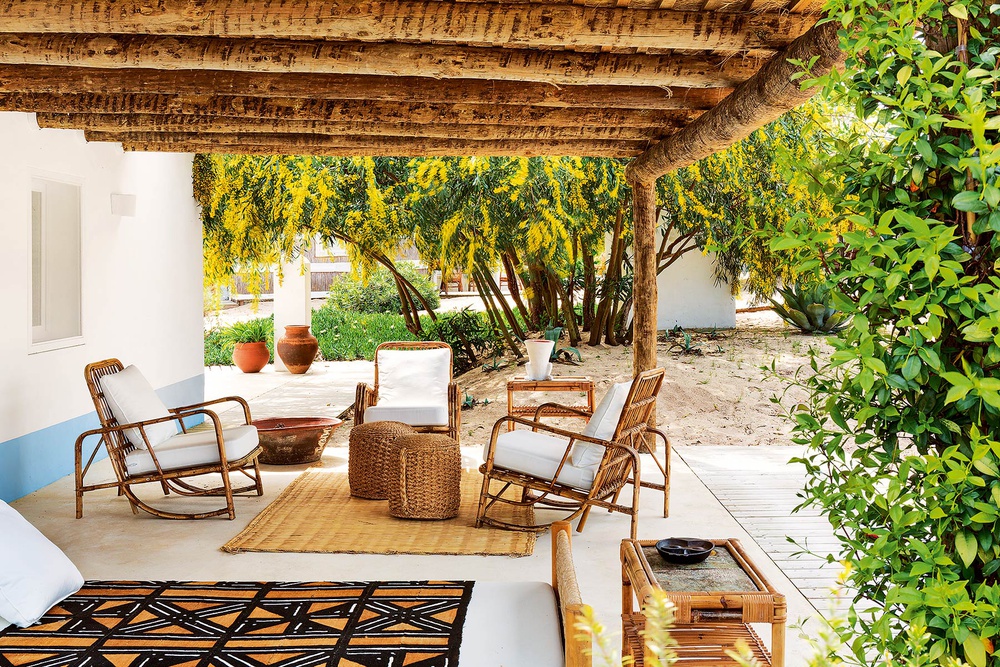 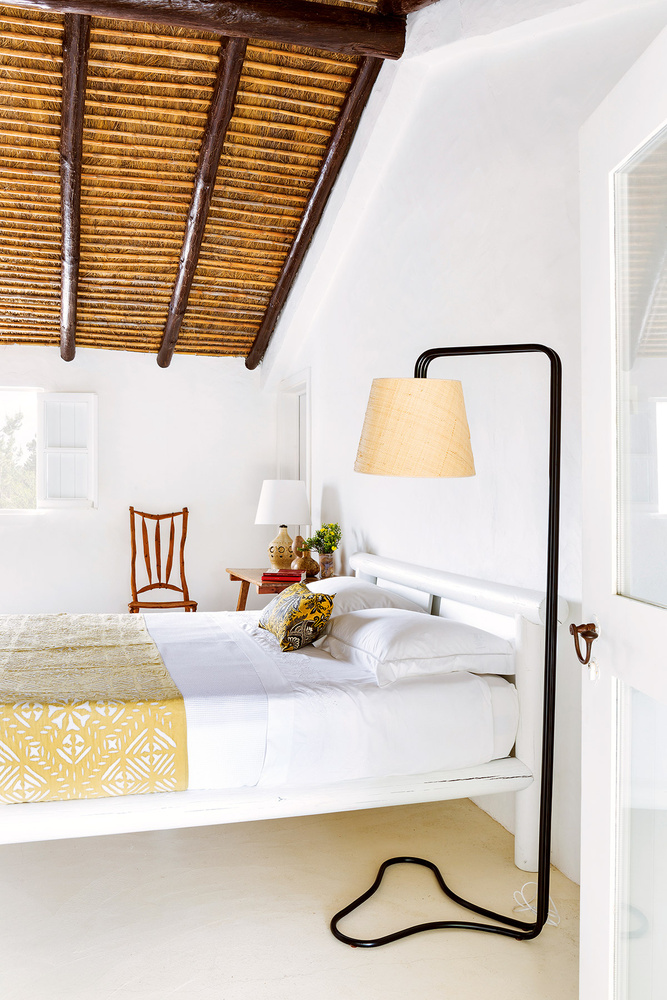 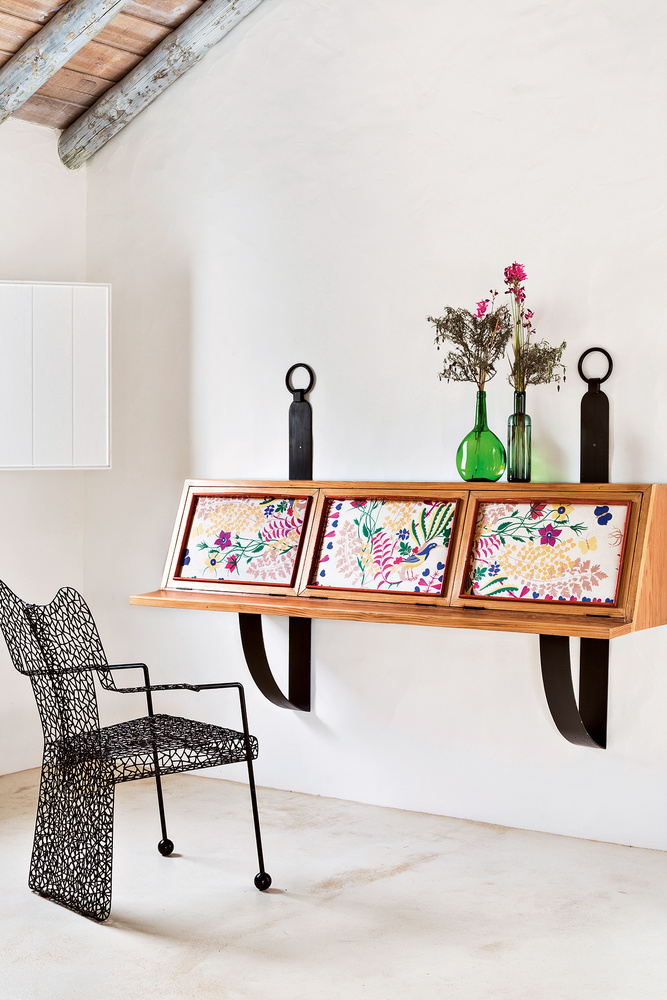 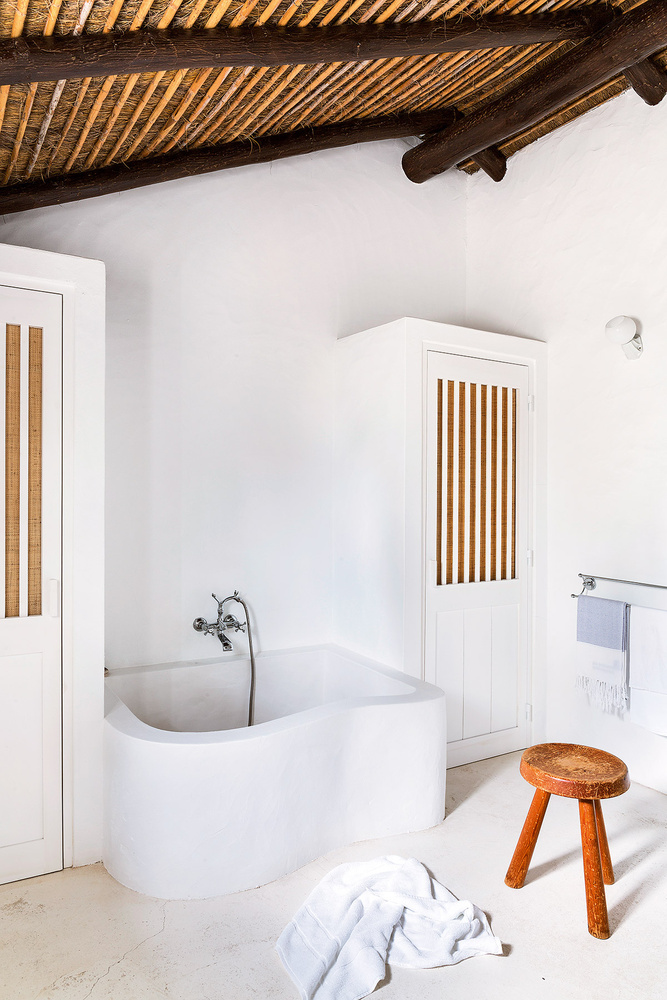 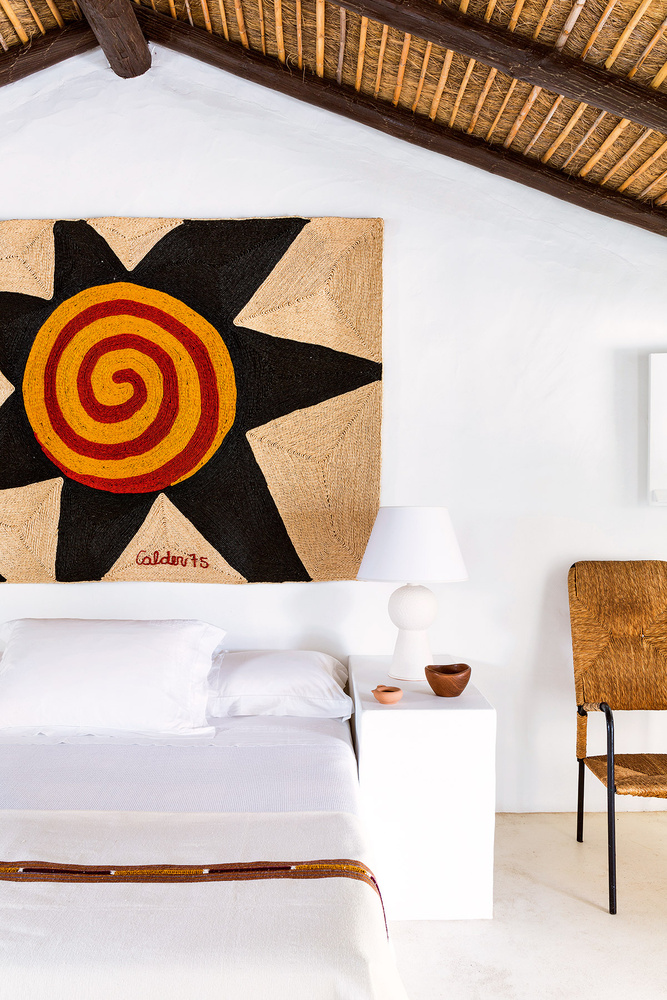 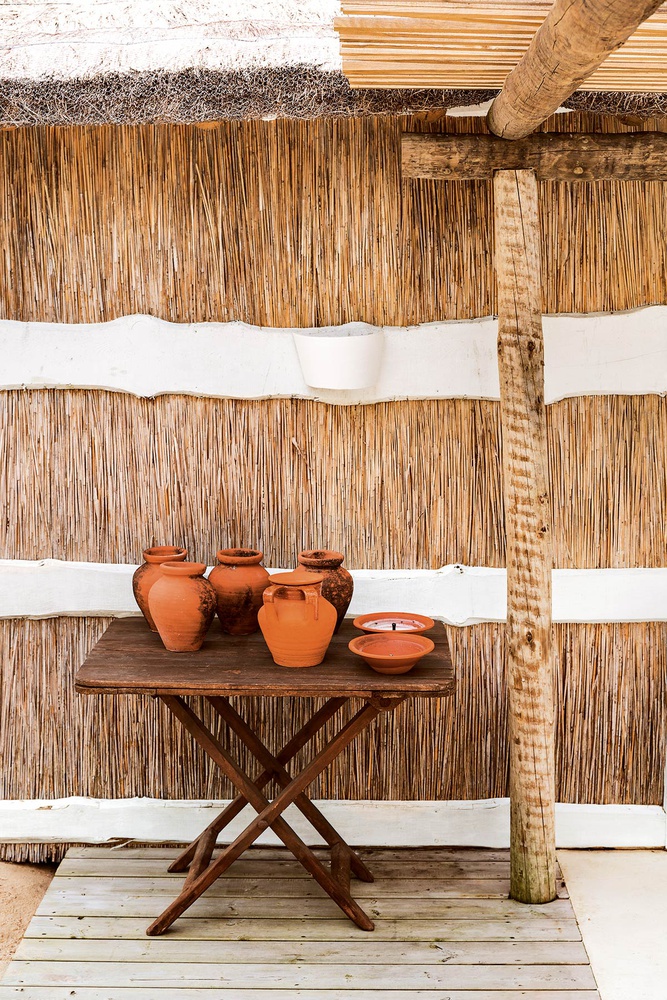 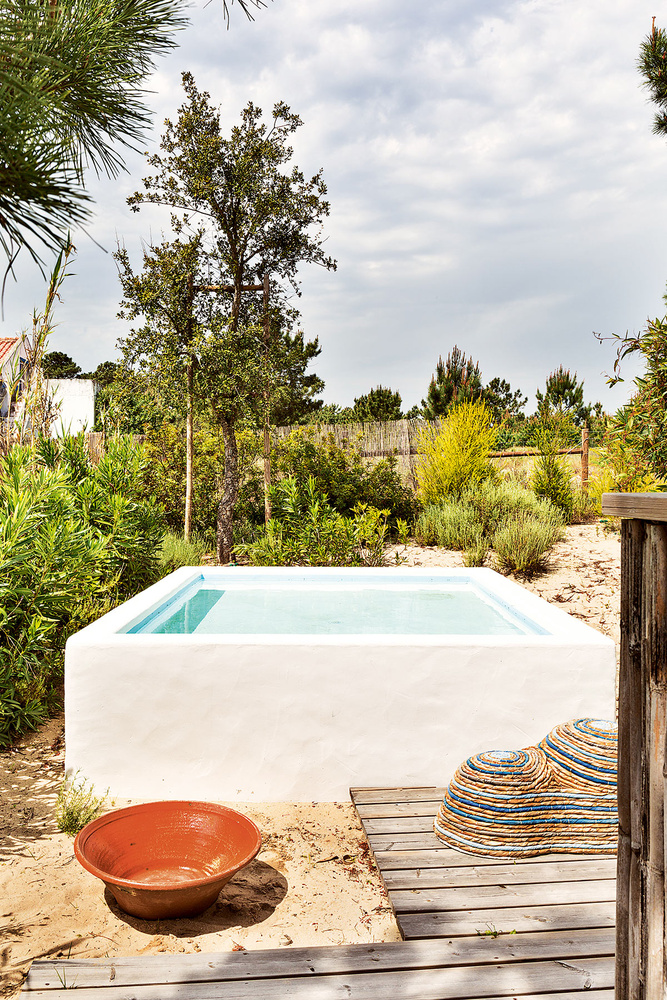 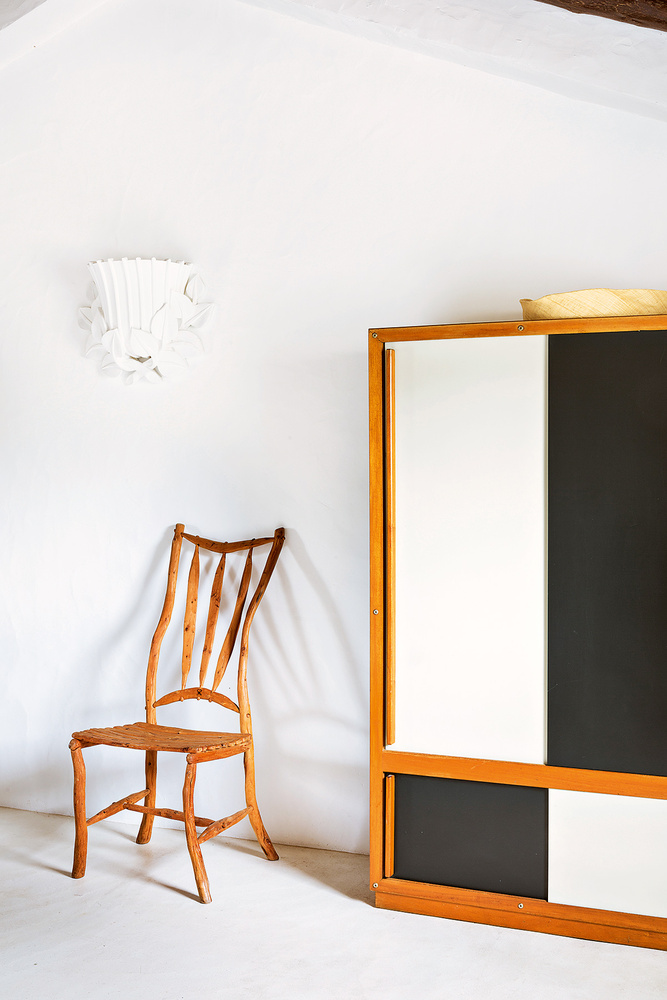 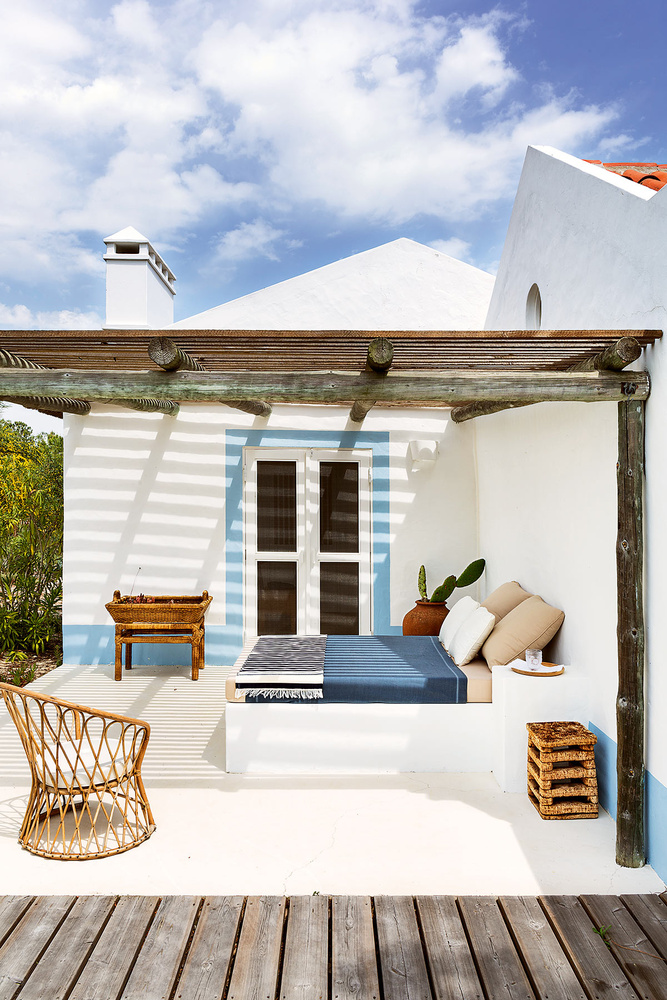 After the study, from the original building two other pavilions were built forming a central hole that acts as a patio. The oldest one now houses the four bedrooms, while in the other two there is the living room and the kitchen-dining room. The three modules are connected by external wooden walkways, very similar to those used on beaches, which intensifies contact with nature. Landscaper Louis Benech, responsible for historical gardens such as Versailles or the Champs Elysees, helped them with the garden. “Although in essence we looked for it to look like we had not done anything, some areas were totally wild. We wanted to live in the dunes, not in a forest, “they joke.

In the interior, simplicity, rigor and elegance have been his aesthetic guideline. “We love the 50s and 60s, but the dictatorship of Salazar has led to very few examples of contemporary Portuguese furniture of those decades, so we brought most of France and we combined them with local crafts: ceramics, mats or furniture made with Cork oak bark. We love them “, they assure with fervor. The walls and floor, predominantly white, are filled with warmth thanks to wood and natural fibers, a tribute to rural life. “The beams were made with trunks from the nearby pine forests. We left them to the natural, with the thatched roof in sight, in all the rooms except in the living room, painted gray-blue to make it look like the sky. ”

At Christmas, holidays and at least one weekend of each month they travel here from Toulouse to escape. In addition, and although they do not need excuses, some projects that are now underway in the area make it easier for them to get away with family and friends. A second life that increasingly strives to be the first.