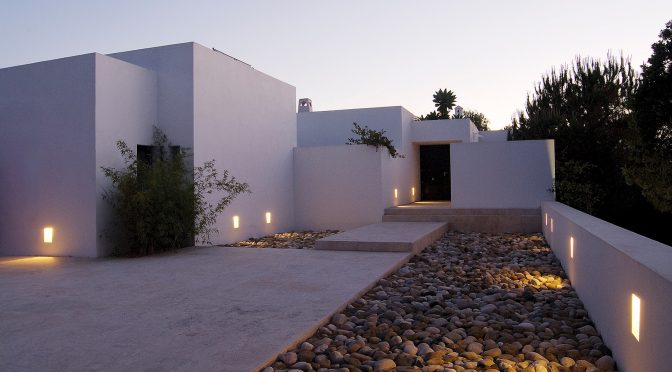 From a 1960’s Marbella home, the architect Alejandro Giménez has planned a space in which integration into nature is the cornerstone of the new dwelling. 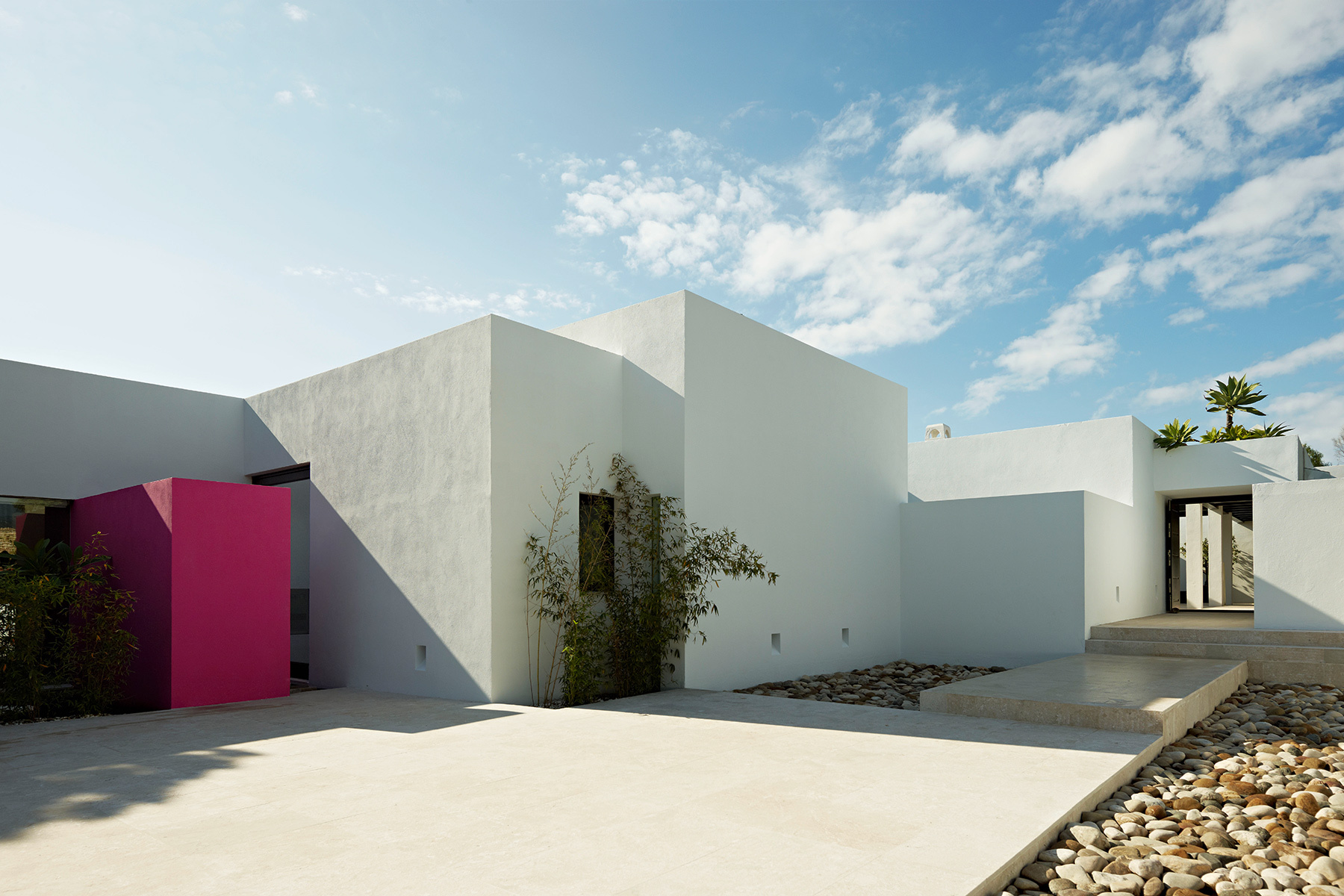 After being one of the most glamorous tourist areas of Spain during the 60s and 70s, Marbella has managed to preserve that halo of luxury and sophistication imprinted in the architecture of the houses and mansions that run along its coast. Far from the boom of apartment buildings, there is a Marbella in which the construction of white Andalusian villages and their symbiosis with nature has been respected. In this framework is the house that the architect Alejandro Giménez has renovated in an urbanization surrounded by pine and native nature, just 100 meters from the beach.

When the current owners of the house contacted the architect Alejandro Giménez, they were very clear that they wanted a project that respected the original housing of the 60’s that had belonged to their parents. From there, the idea was to expand the housing area, the common spaces and the pool. 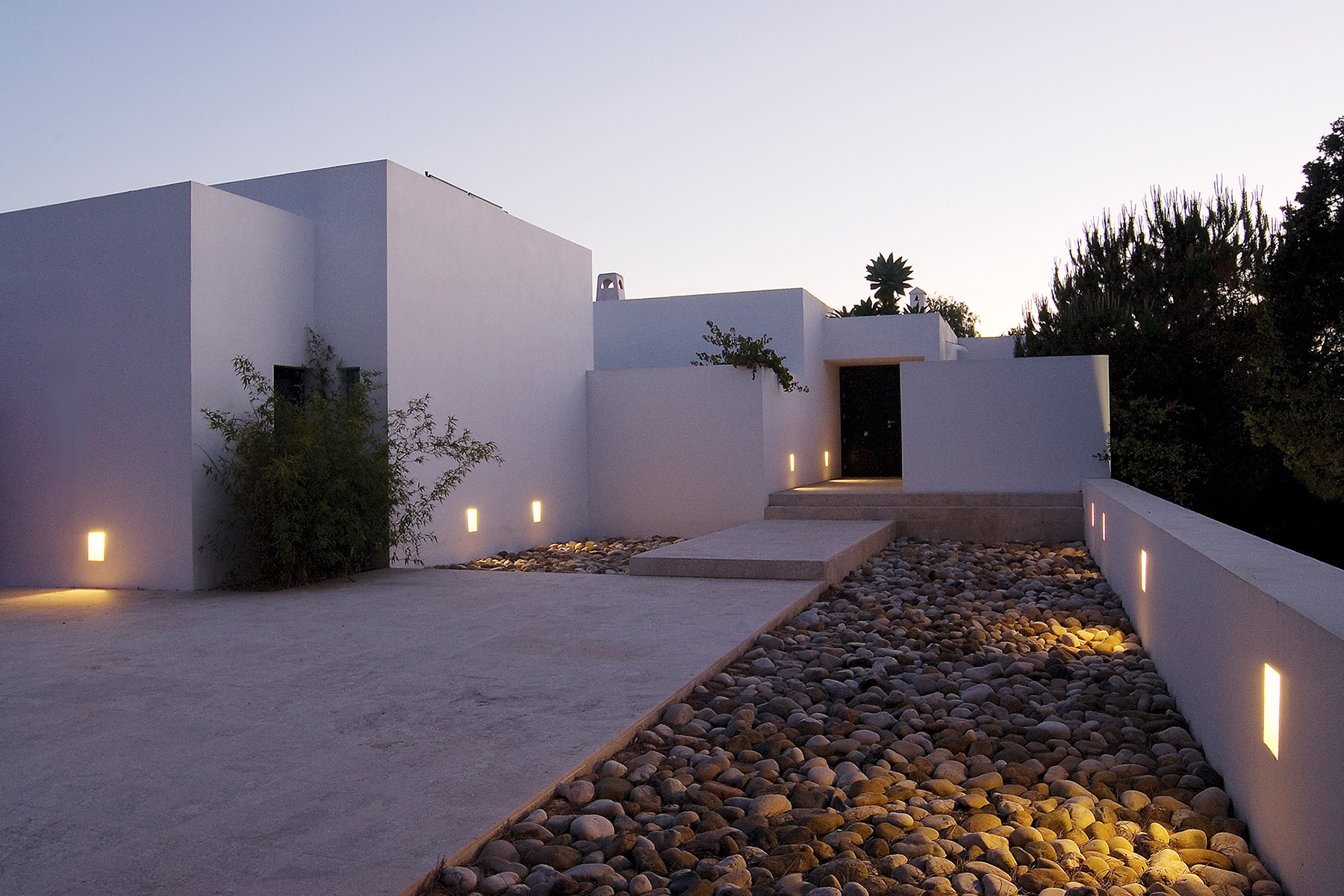 Through a series of patios and fountains, a kind of labyrinth has been created with which it is intended to provide the dwelling with a certain mystery, one of the characteristics of this Andalusian architect. In this way, the house has to travel all over to know it in its entirety. In the exterior, white walls in the style of the Andalusian villages that surround the area and limestone soils at different heights to overcome the terrain, give us an idea that, in this house, integration with the landscape is a factor principal.

In the courtyard of access to the house have been projected various elements inspired by Japanese architecture such as roads pebbles, a pond for turtles, a fountain and a garden of aromatic plants. Meanwhile, the pool has been conceived as a meeting space for the summer and has its own living room, dining room and kitchen. 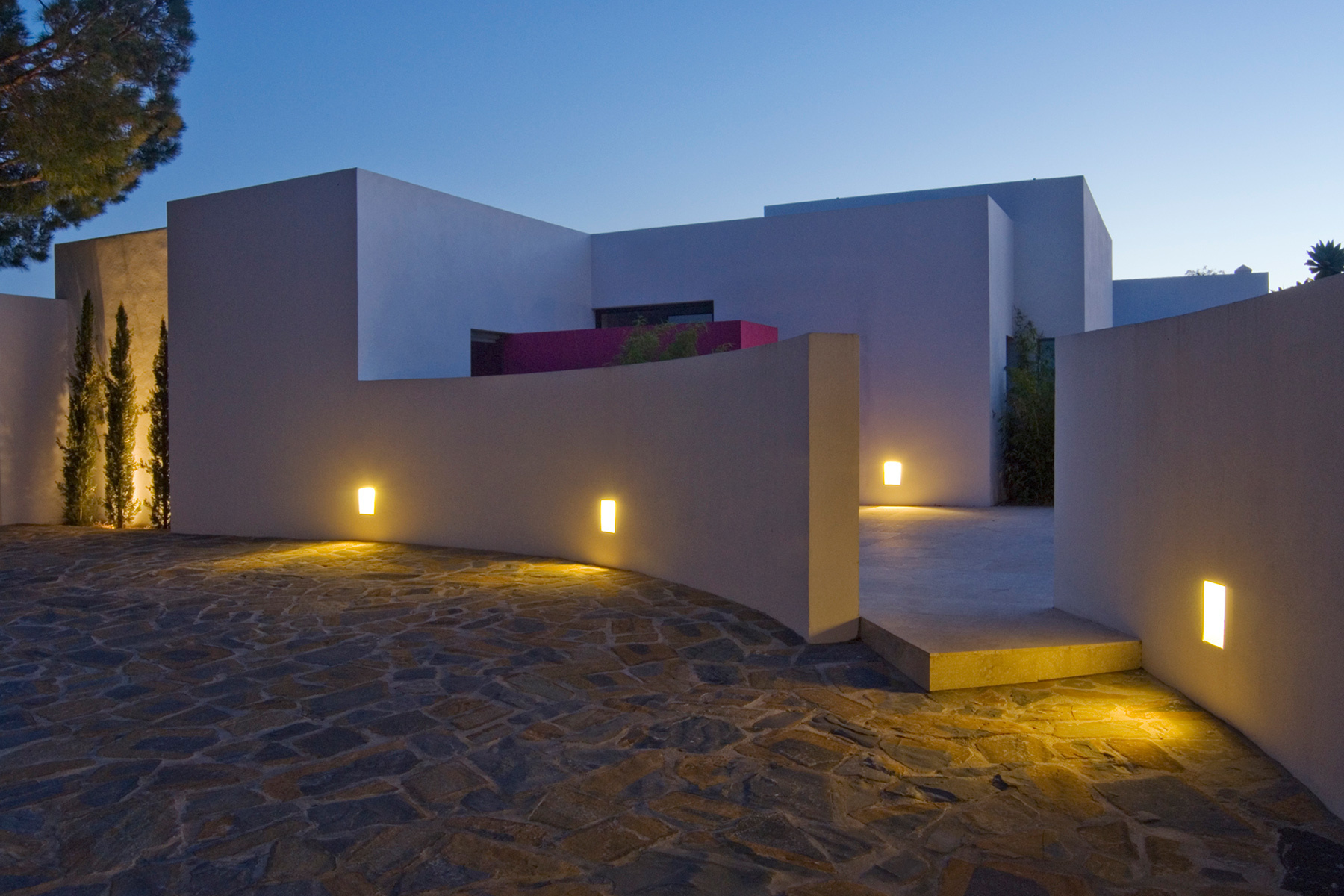 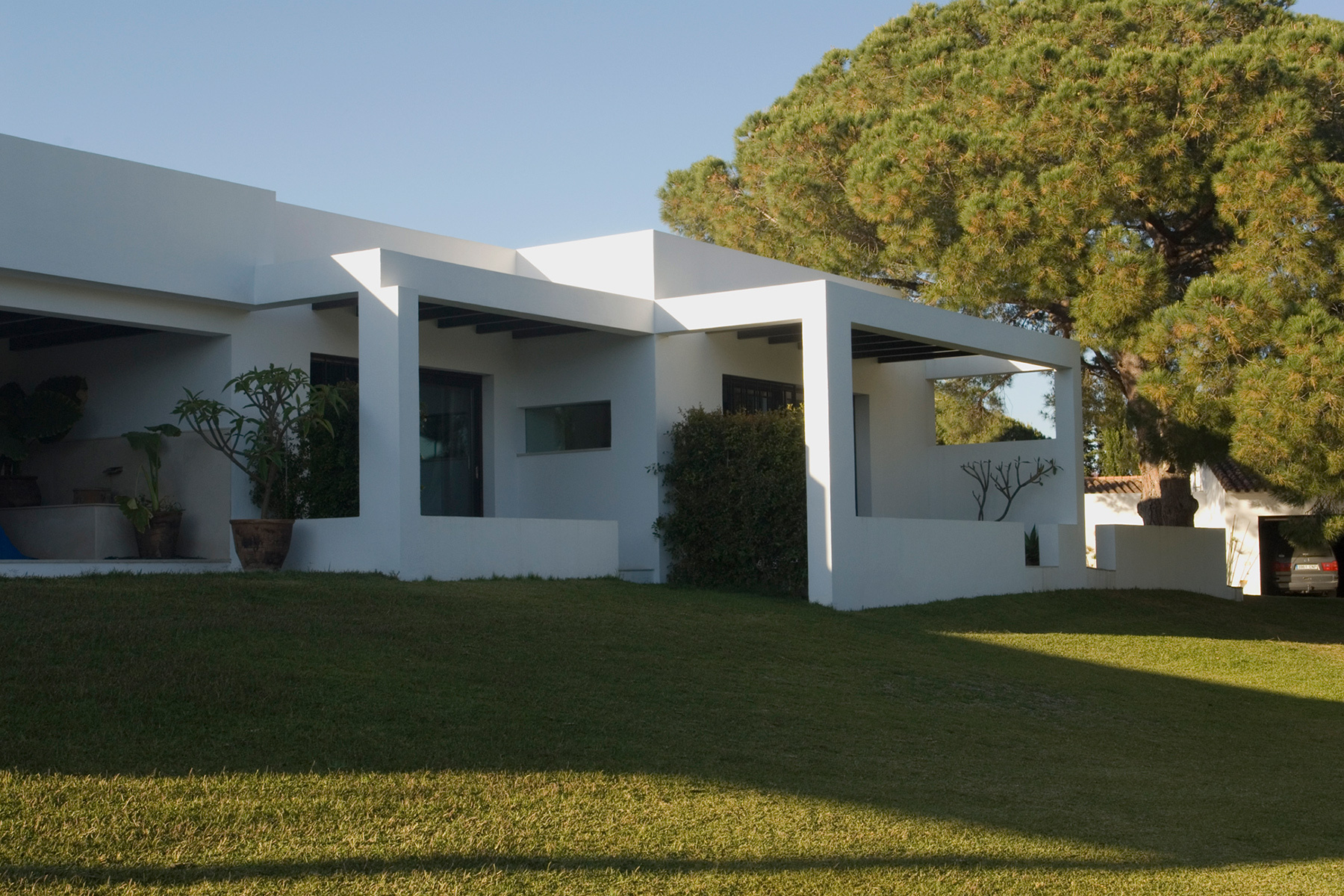 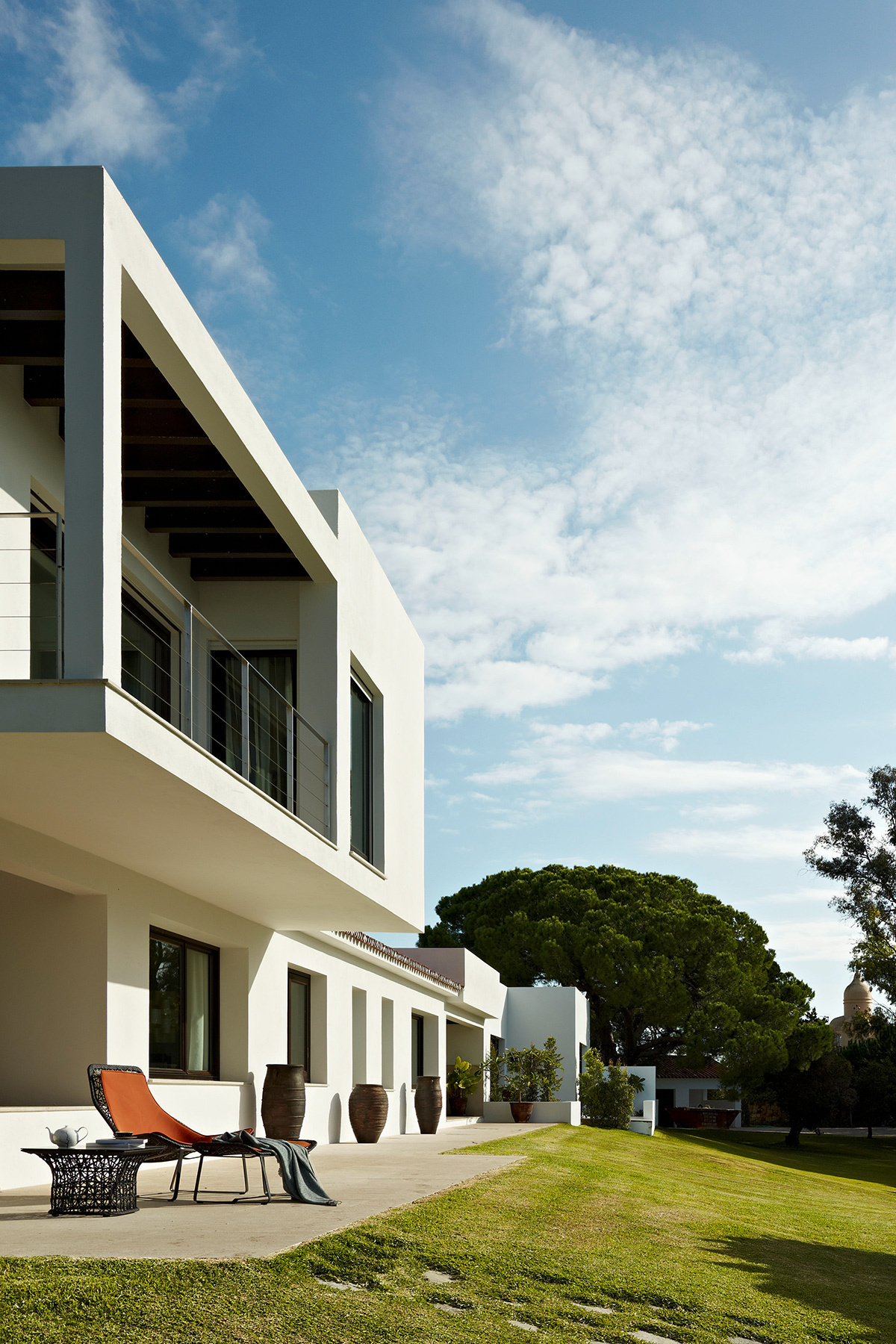 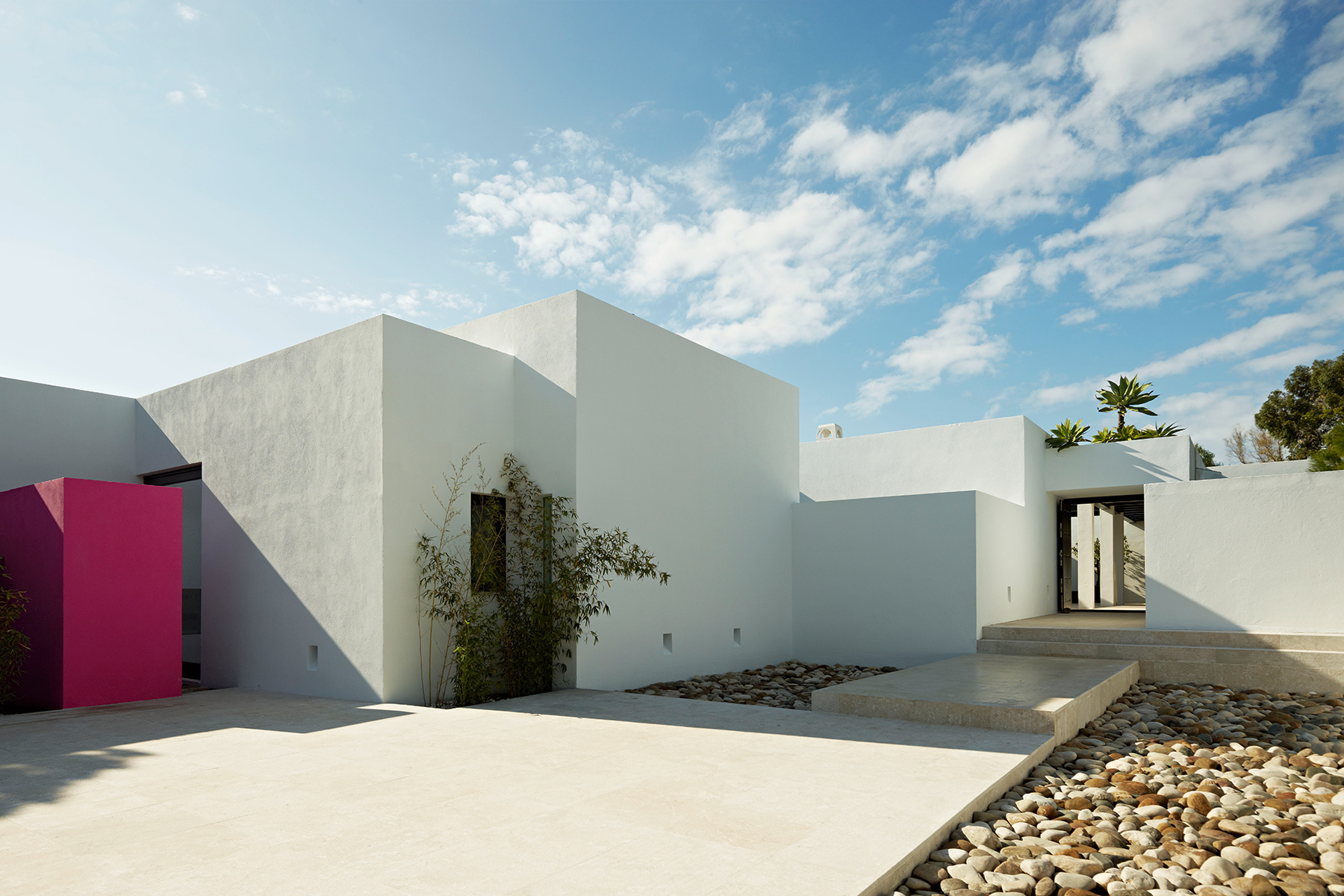 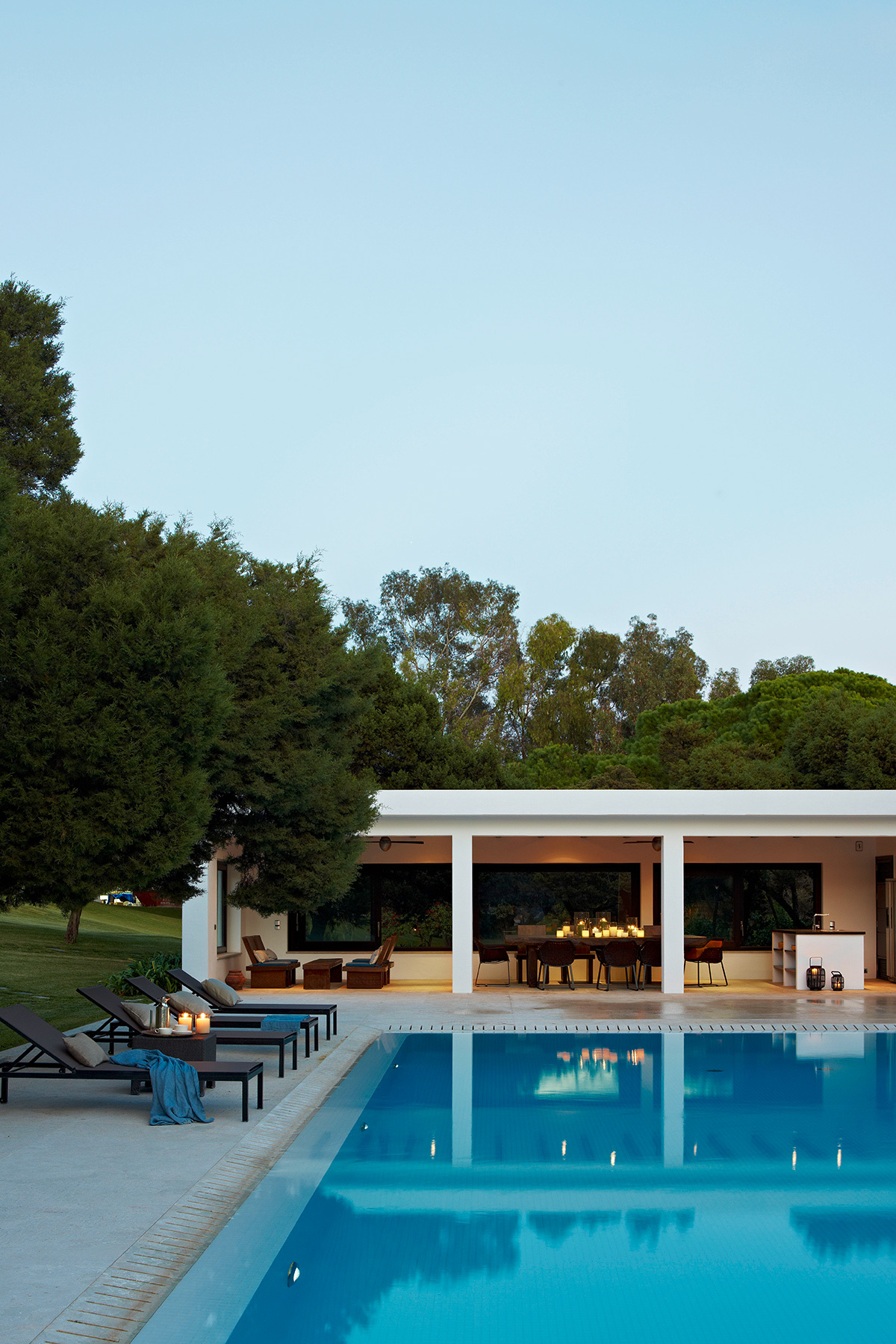 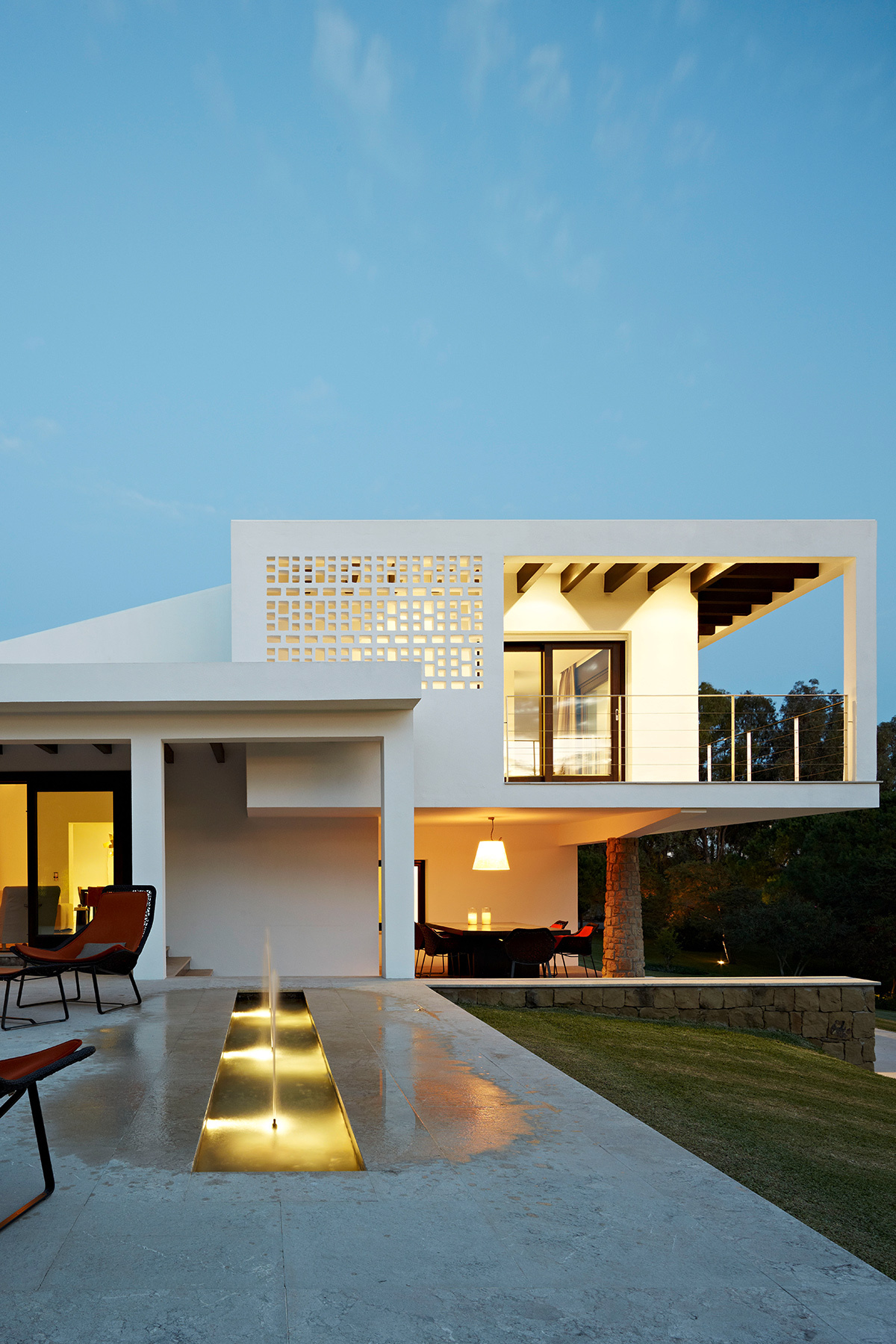 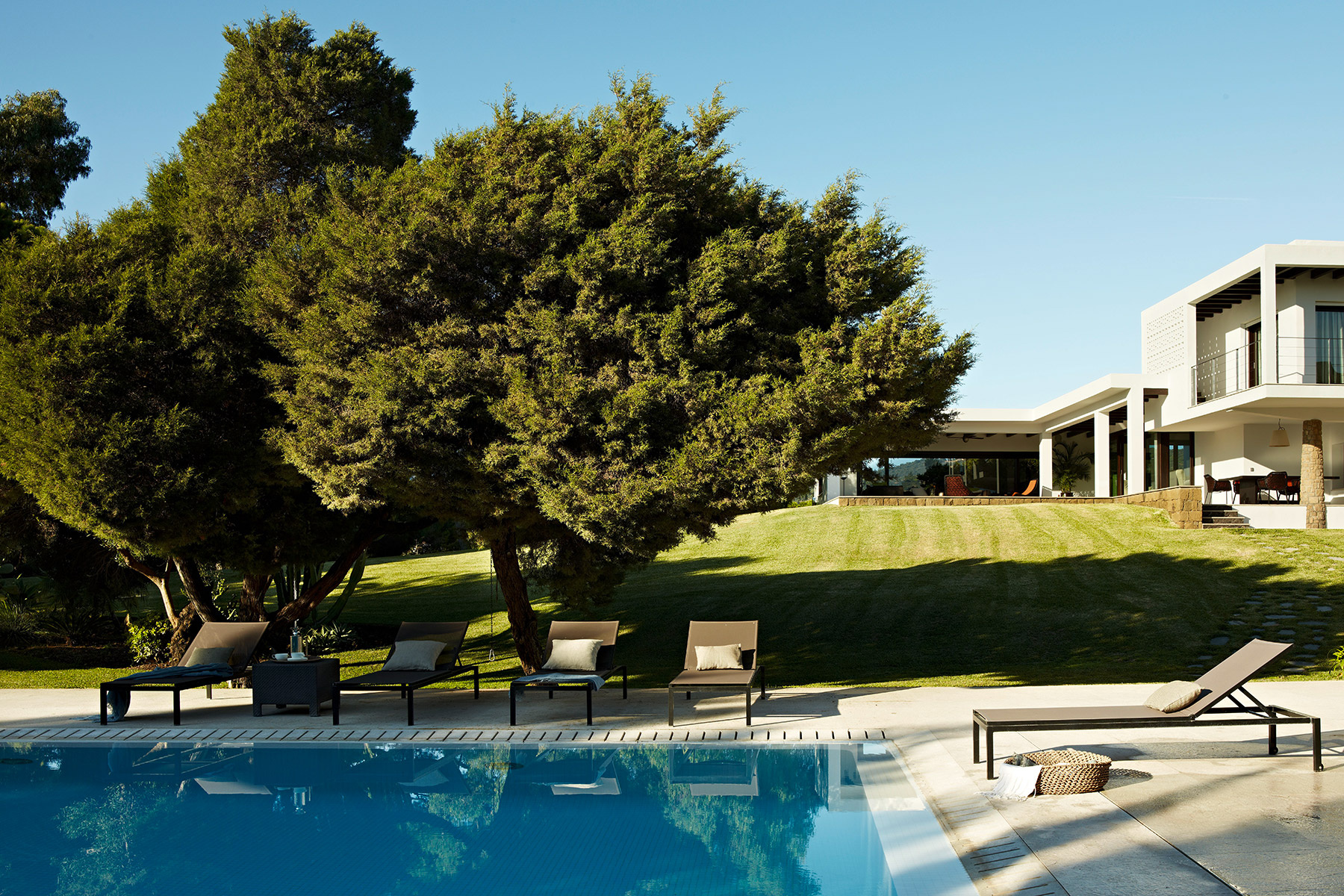 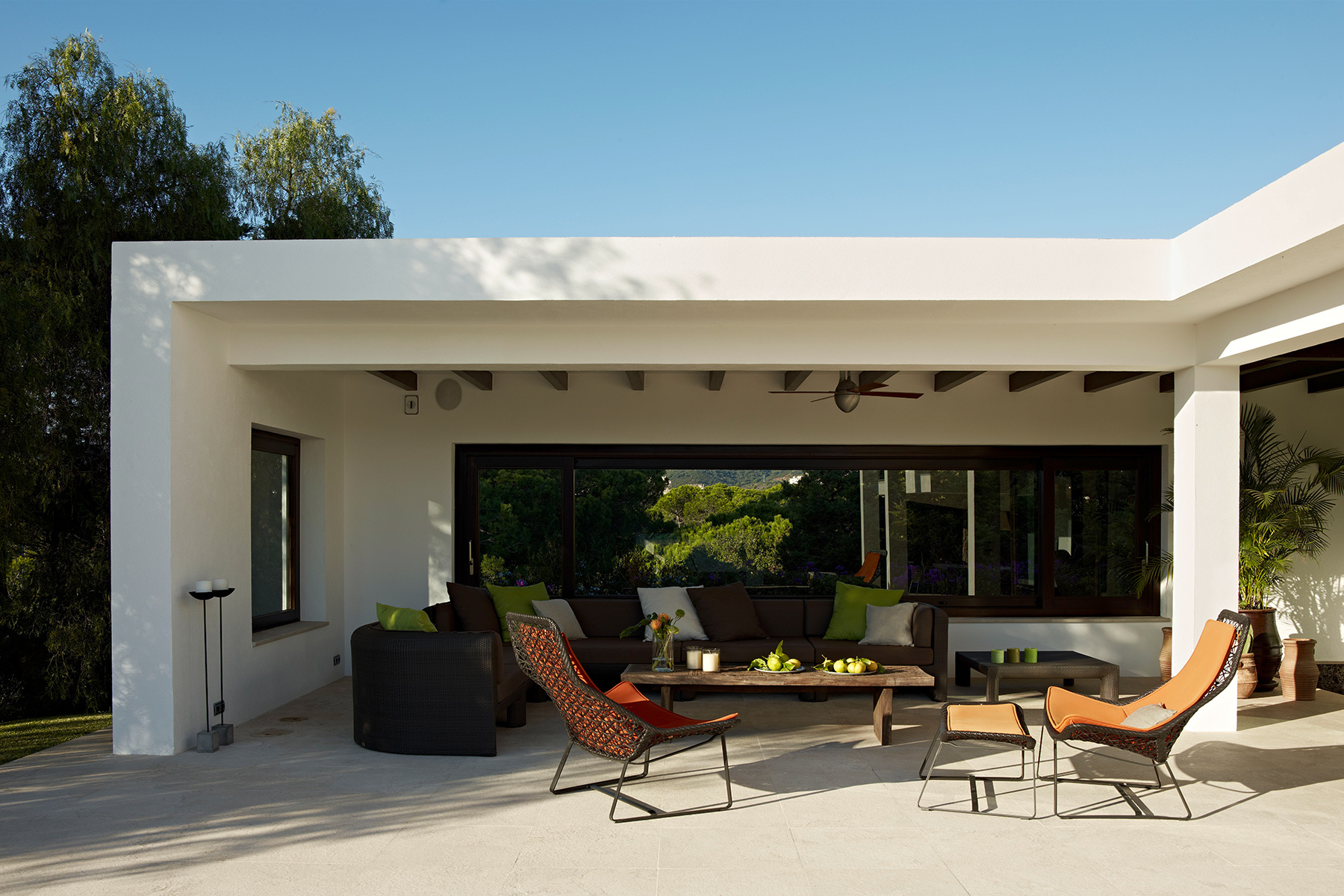 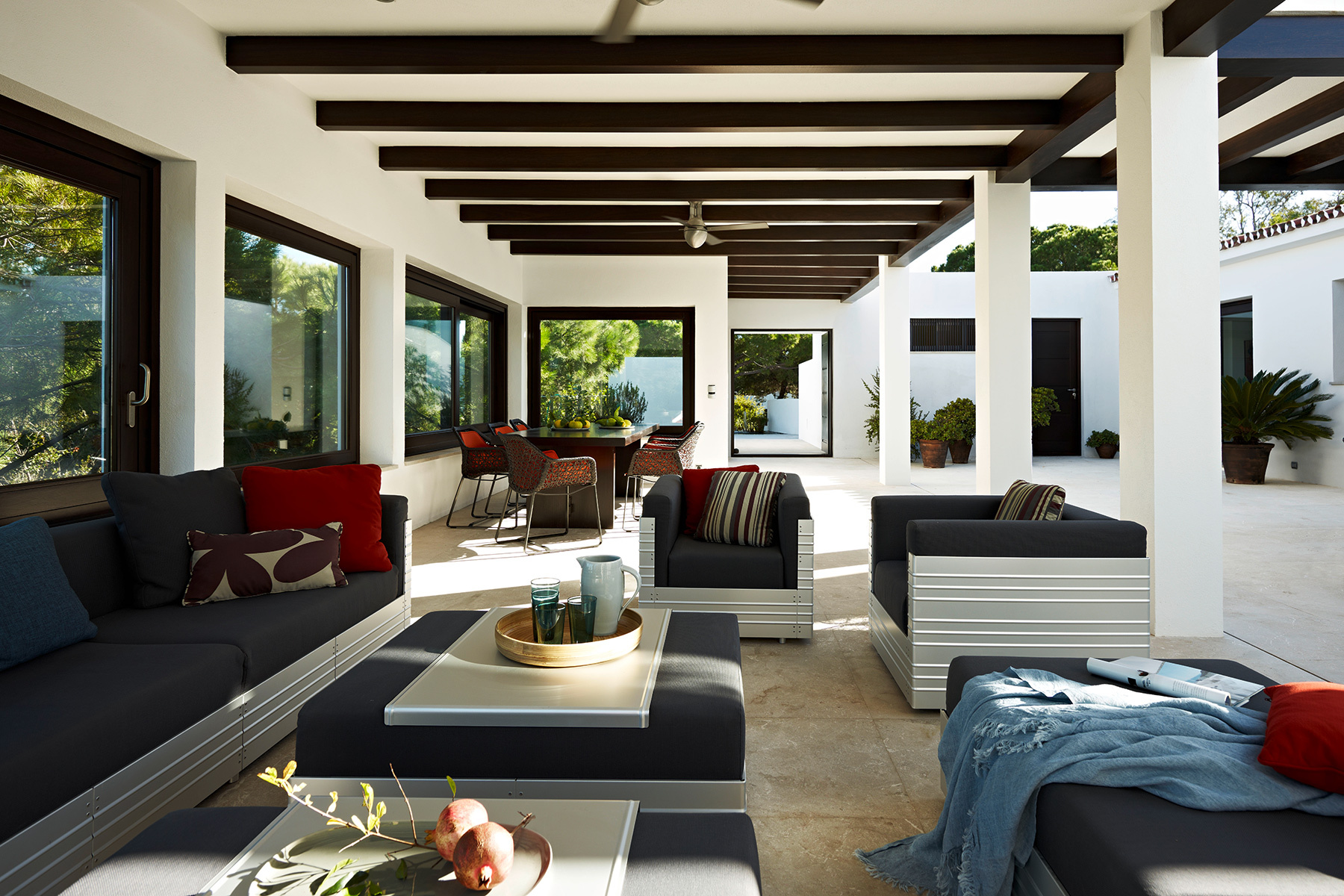 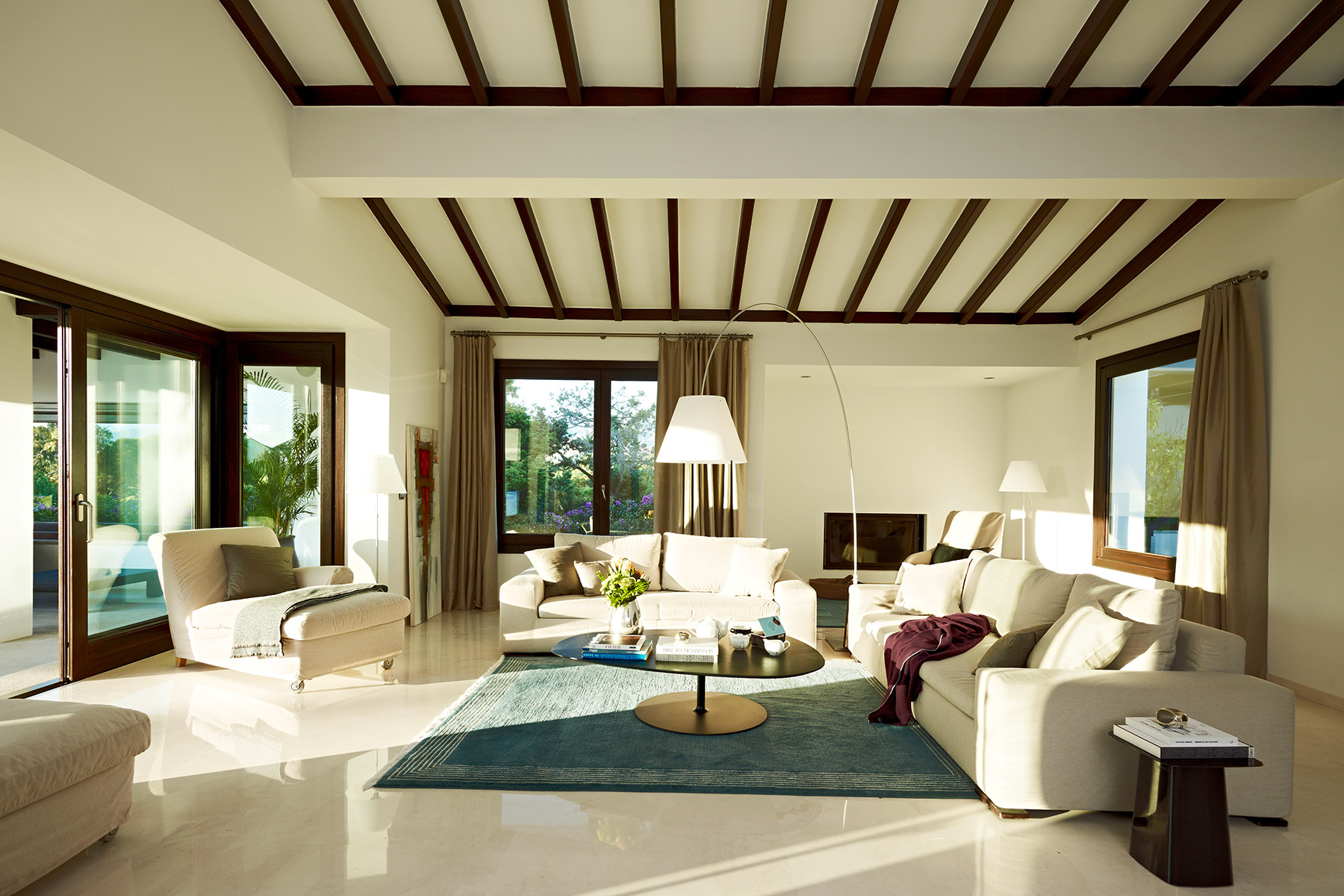 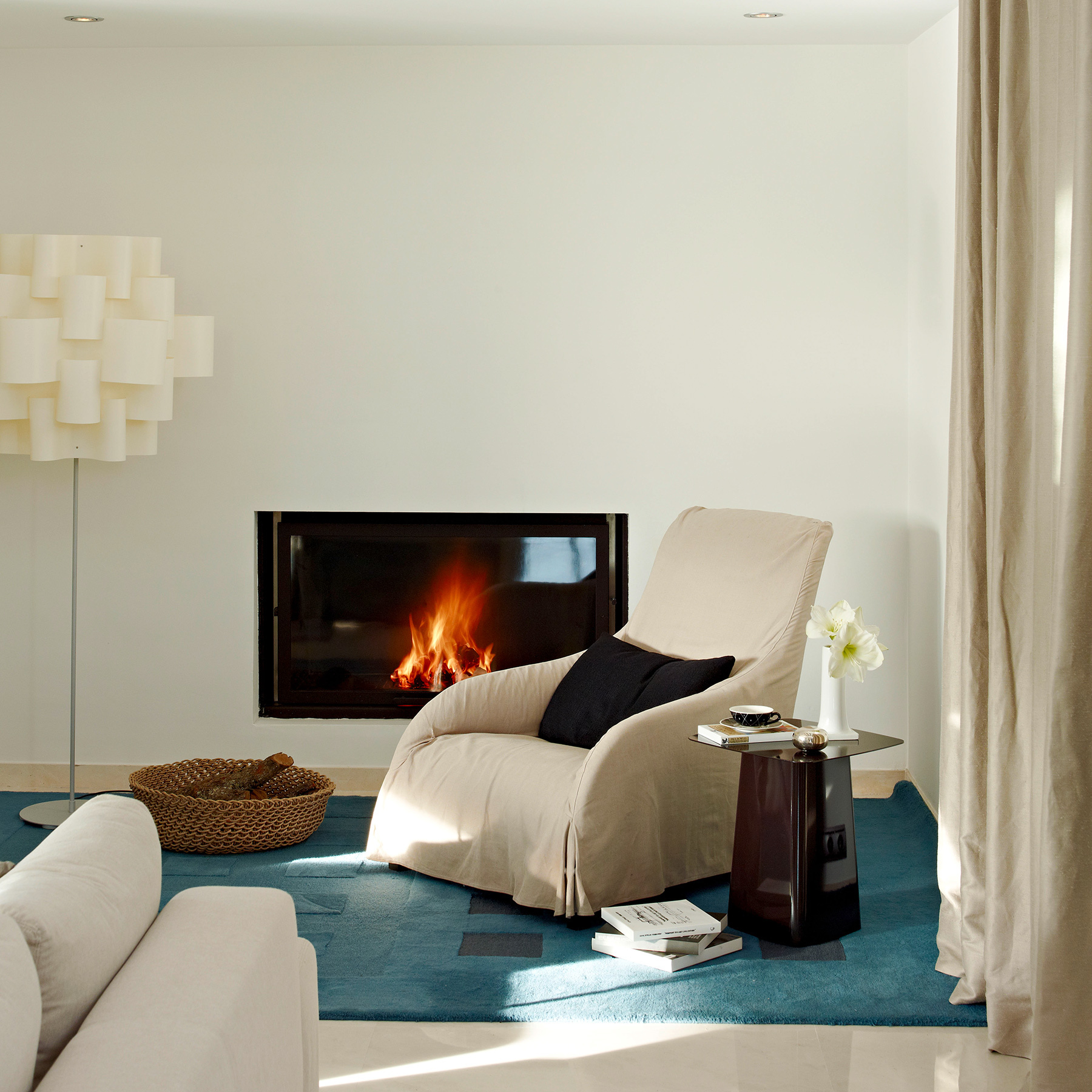 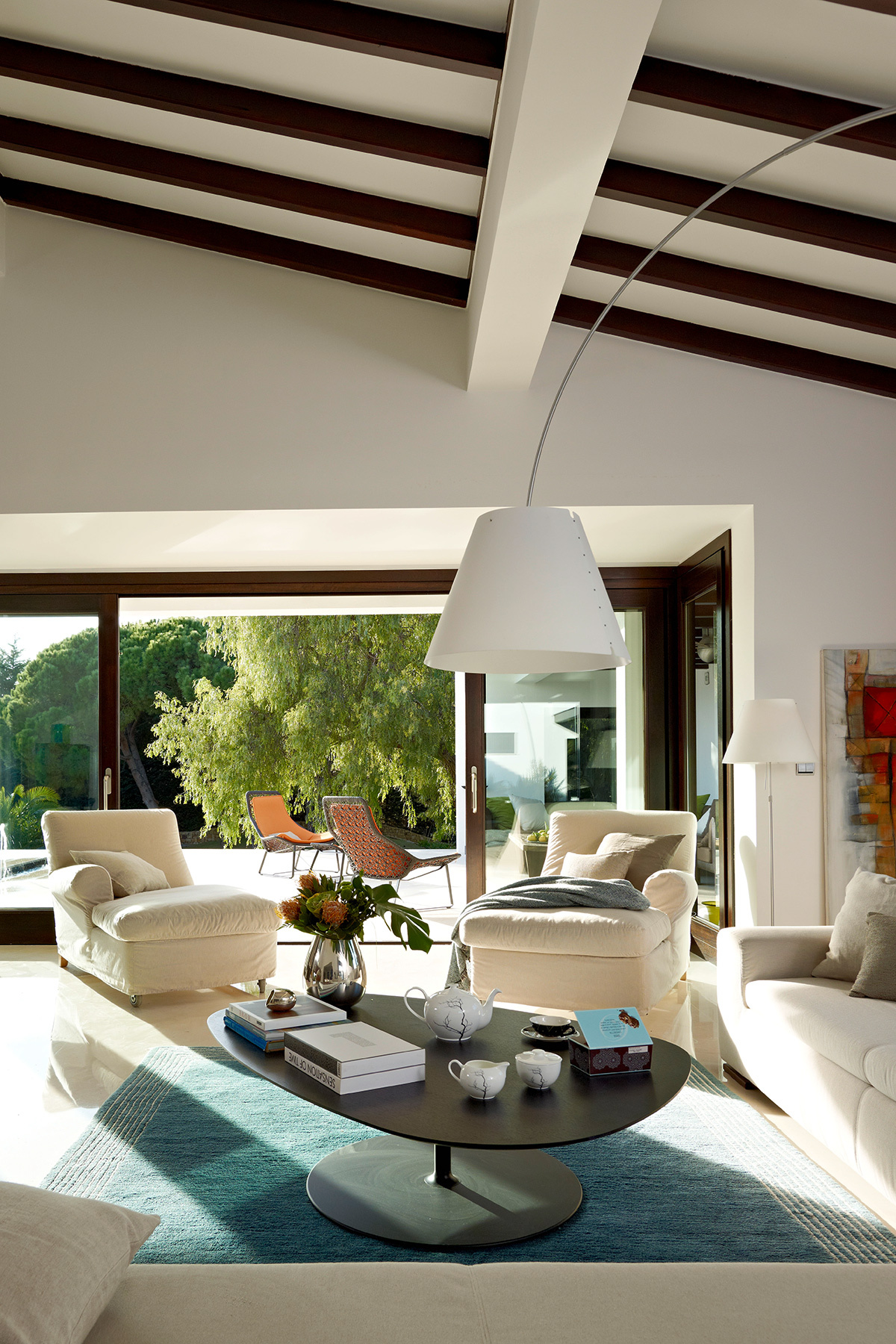 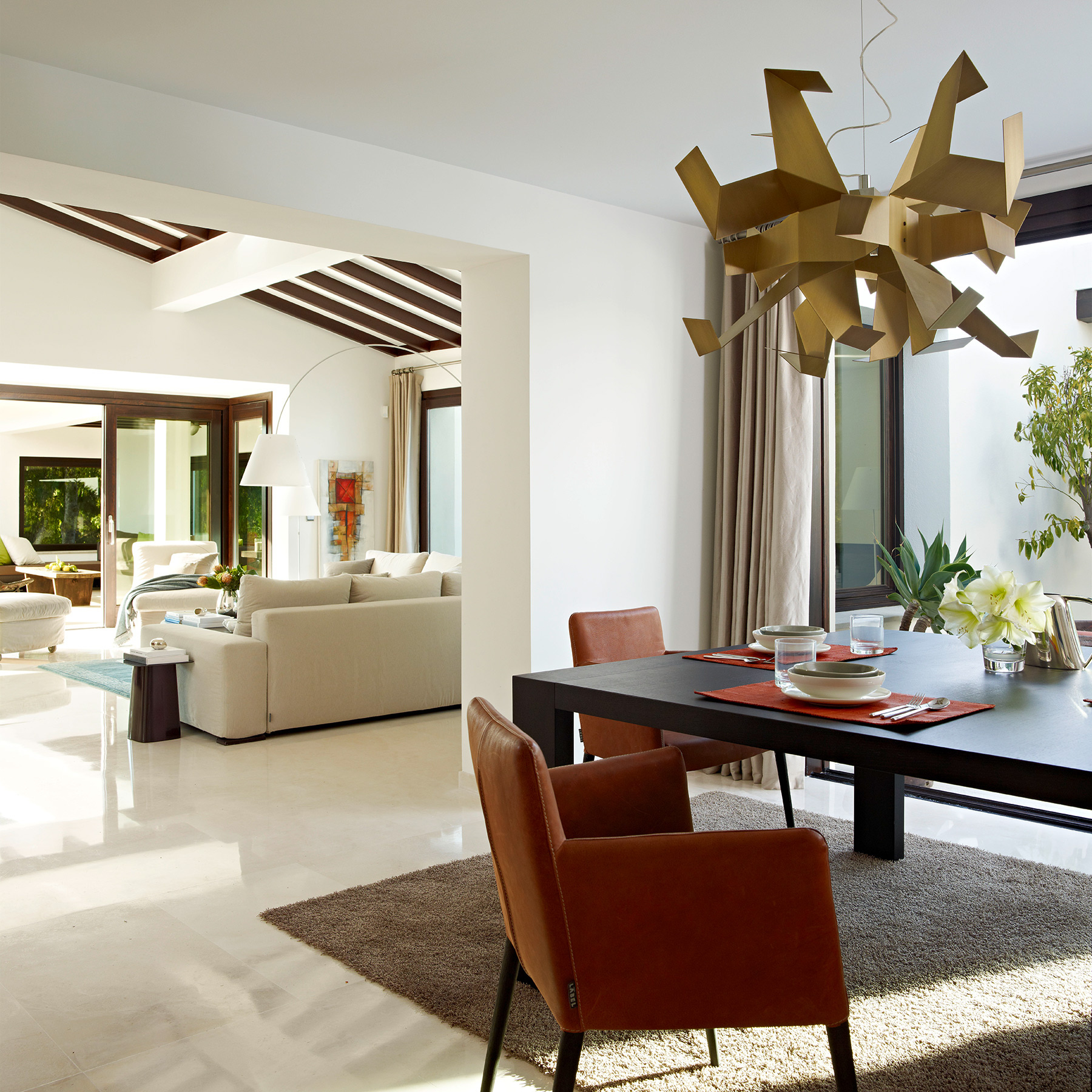 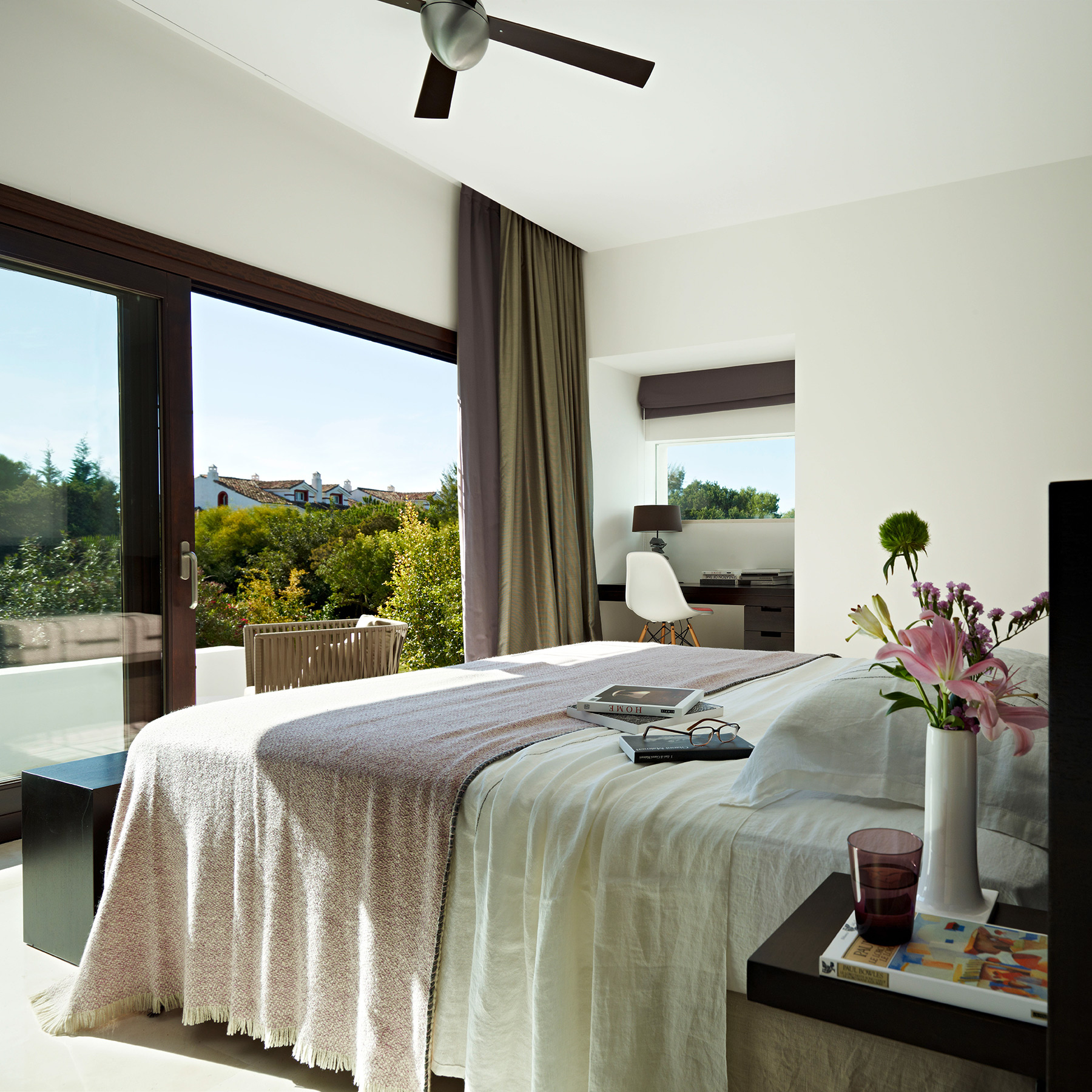 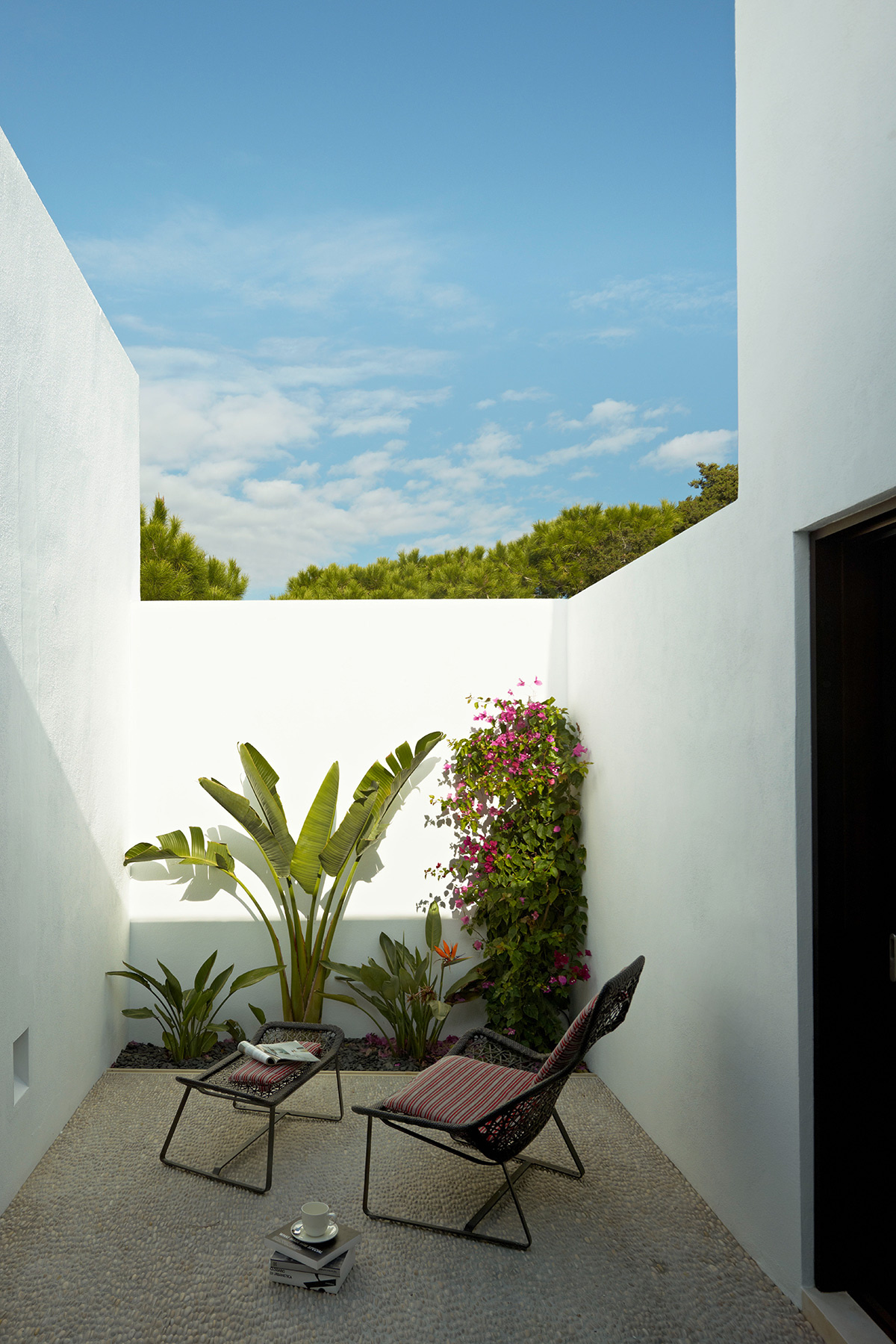 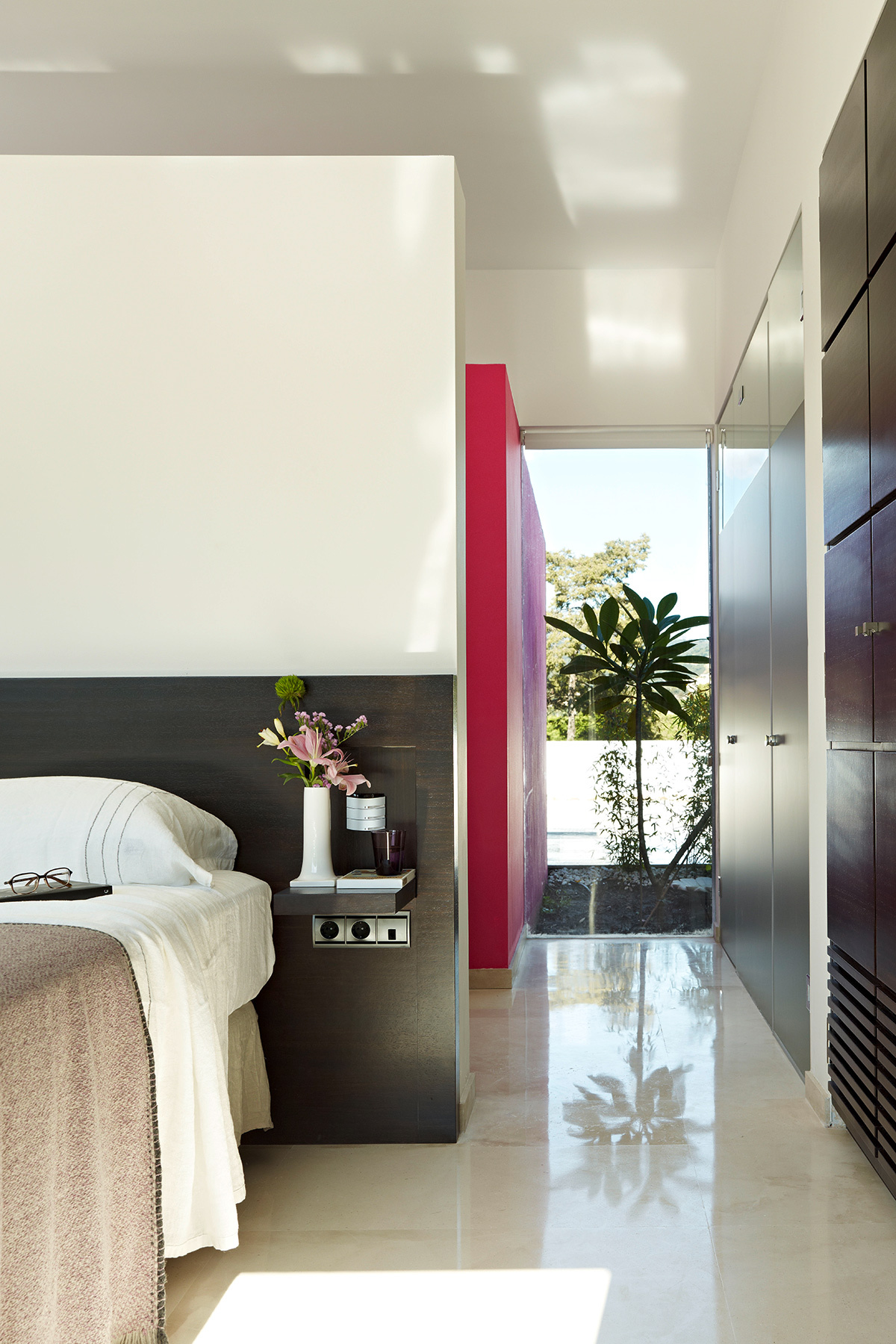 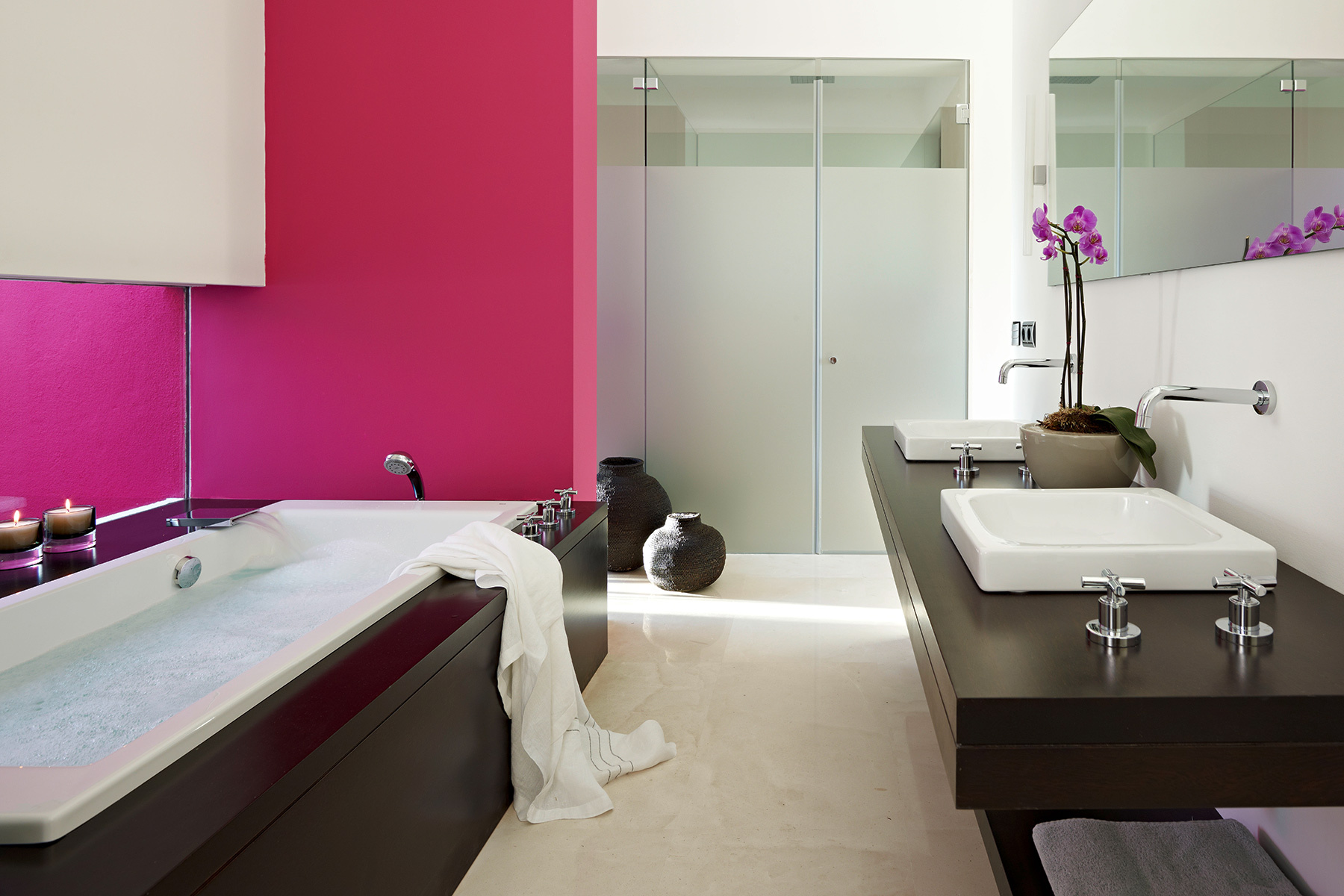 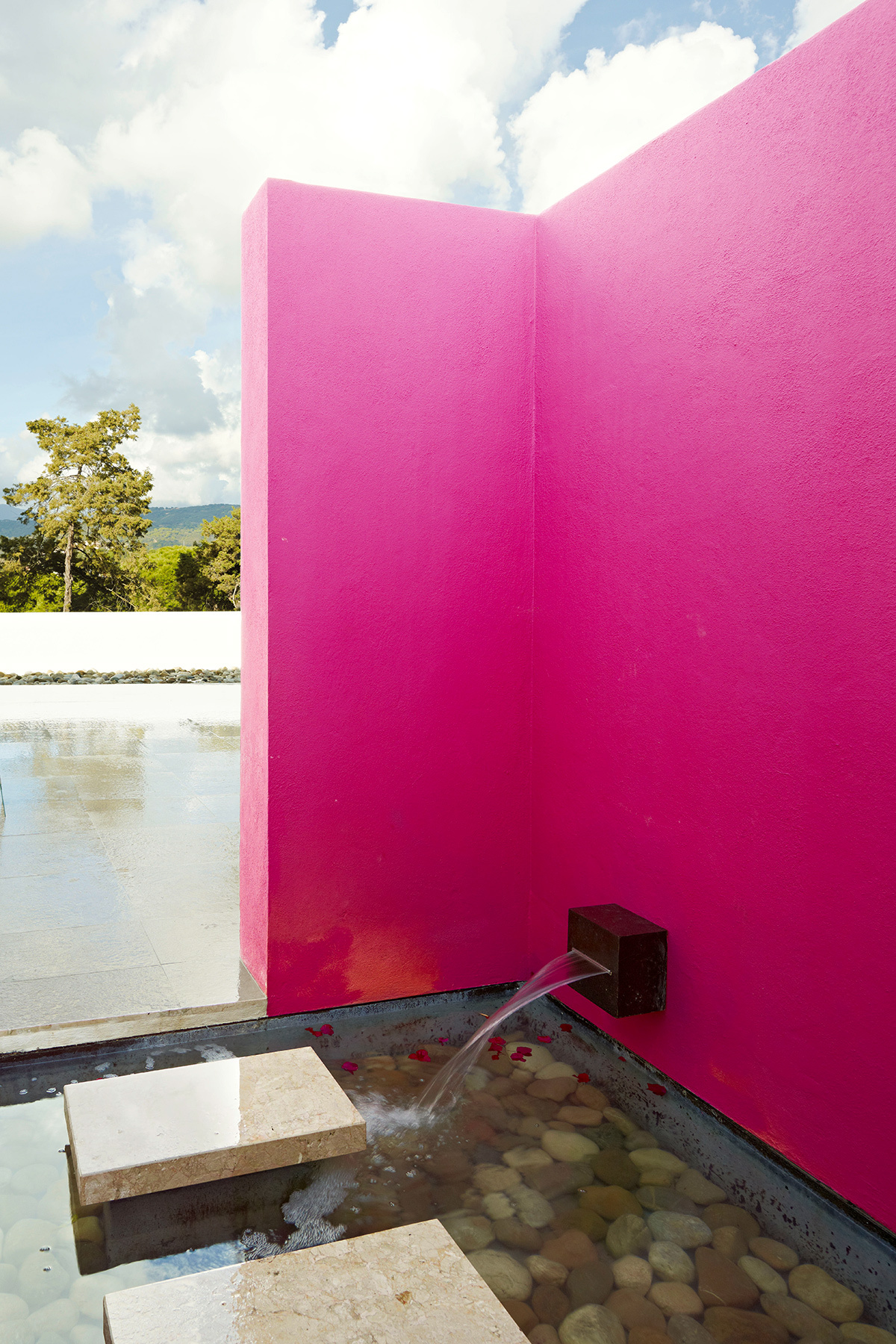 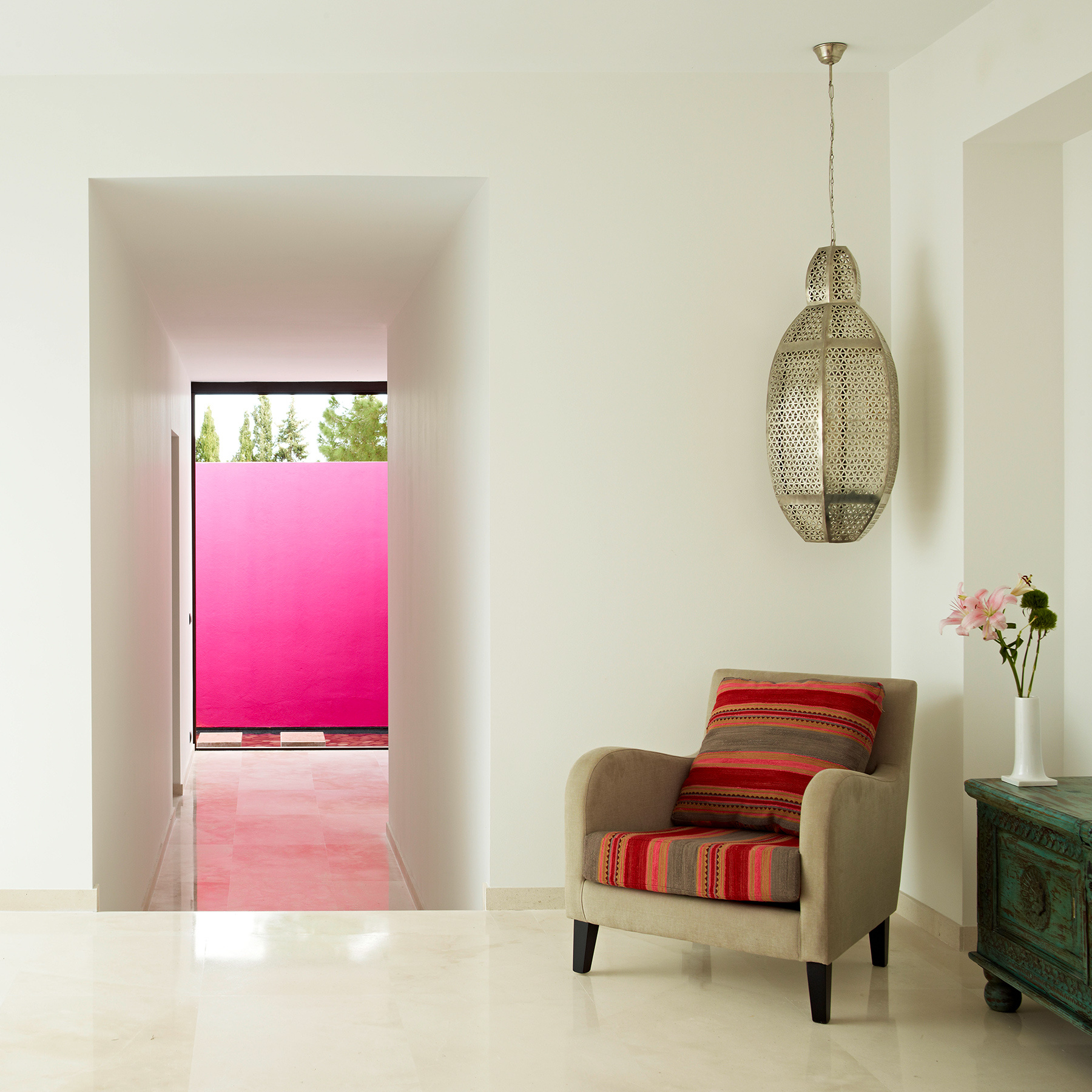 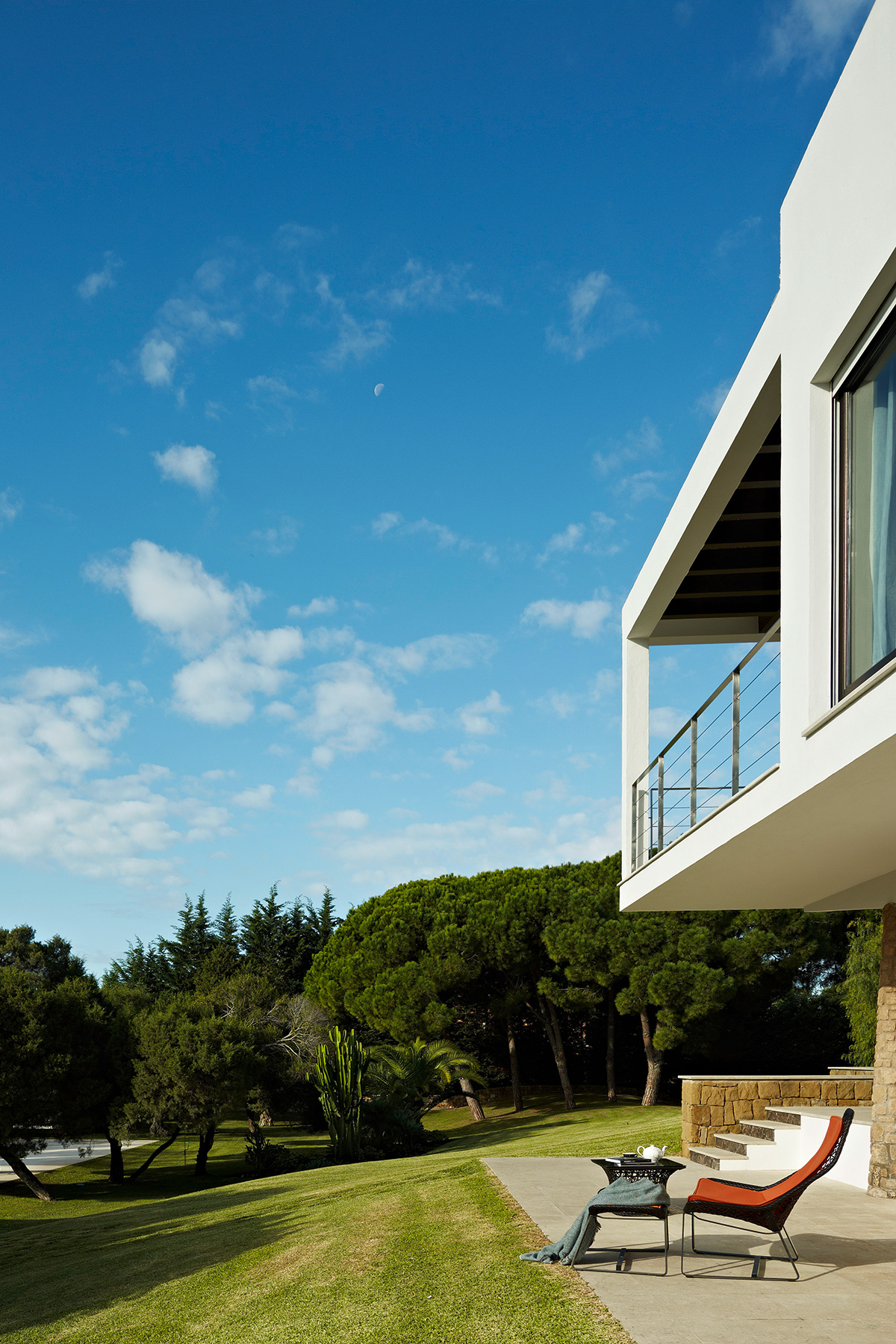 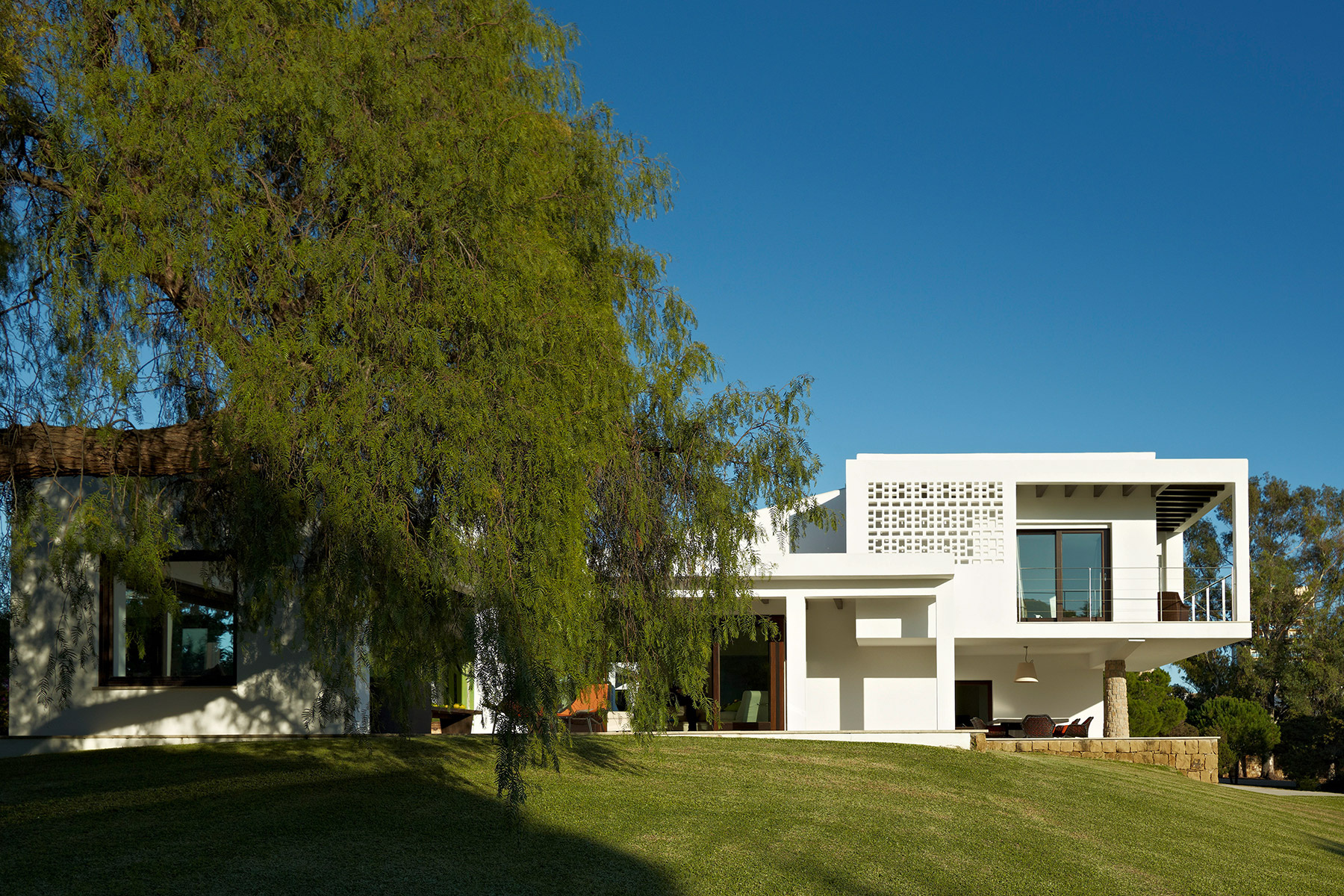