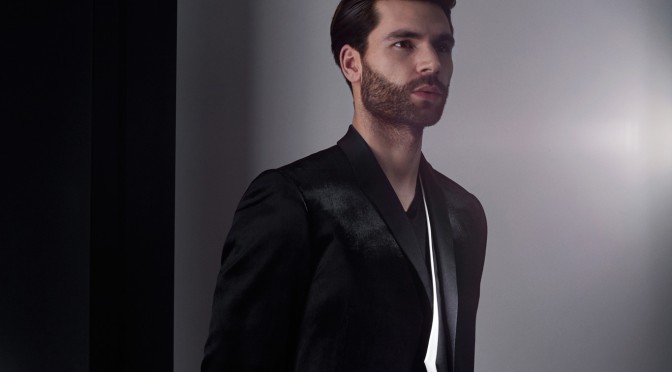 LONDON, UNITED KINGDOM [JANUARY 12, 2015] – If tomorrow Carlo Brandelli were to lose all his earthly possessions, including the creative directorship of Kilgour (it would be the second time he’s let that go), then he’d be just fine. Beneath his tinted spectacles the designer radiates a total self-assurance that makes one think he’d do very well leading a cult. Which, to some men, is sort of what Brandelli’s Kilgour is and was anyhow. Since today’s outing was the first Brandelli collection for five years, here is the backstory. Brandelli started freelancing for Savile Row tailor Kilgour in 1999, then bought it with backers four years later to develop it as a brand. They sold it in 2008, but Brandelli remained captain. But after his first ready-to-wear show in Paris in 2009, the new proprietors said they wanted to go all-bespoke. Brandelli resigned, and afterward he did artistic projects, “no clothing or fashion at all,” he said today. That was until January last year, when Kilgour changed hands again. The new owners, Brandelli reports, “said come back as freelance creative director and finish what you started. And I thought there was an opportunity for me to progress to be the first contemporary bespoke brand on Savile Row. And actually in tailoring in the world. Because nobody does that. It’s either all very traditional, or everybody is in this little group called ‘modern.’ And modern, for me, is ‘up until now,’ while contemporary is ‘looking forward.’ Contemporary is a forward-thinking, positive way to look at creativity, and it’s not a word that applies to most of what happens on Savile Row, frankly.”

So what is the essence of this progressive manifesto, which Brandelli says would have been exactly the same without a five-year hiatus? It starts with reduction of the traditional ornaments of the jacket lapel—the decorative peak, the once-functional notch, the rounded shawl, etc.—and then their reconstruction. “It should be part instinct, part science, part design principles through process,” said Brandelli. His instinct led him to the curve of the shawl’s reduction by angles (Brandelli feels strongly that curves have no place in menswear); the rearrangement of the peak to a flattering accomplice for the V chest shape; and an extremely reduced or overlaid notch (reminiscent of a detail in Alessandro Sartori’s first runway collection for Berluti). Akin to rustication in classical architecture, Brandelli has created the “impression pocket” that leaves a small contra-colored sliver of “negative space” where the pocket flap would usually be. And seams on his jackets are delicately broadened to show the structure of his designs.

The prime material was flannel: “It absorbs the light. Contemporary camouflage for the modern man,” said Brandelli. Below the jackets, though, it seemed that the trousers had been rather neglected: “It’s a flat-fronted trouser with a narrow leg; really simple,” said Brandelli. Hmm. An athleisure-touched element was a tracksuit that aped the shape of a business suit, and Brandelli has collaborated with Adidas to make a flannel-uppered trainer upon which customers can use tailor’s chalk to color in the three stripes. Those Adidas lines suit Brandelli’s preoccupation with geometry: “There’s no reason why you can’t develop a language that becomes more angular,” he said.

These tweaks to the language of suiting might sound slight, but they felt significant. Brandelli could just be a visionary—or he may just be jolly bossy, with a hypnotic, commanding manner. If he’s the former, then perhaps he can alter the assumptions that the future of men’s clothing is bound to evolve from sportswear—and that Savile Row is a beautiful anachronism. 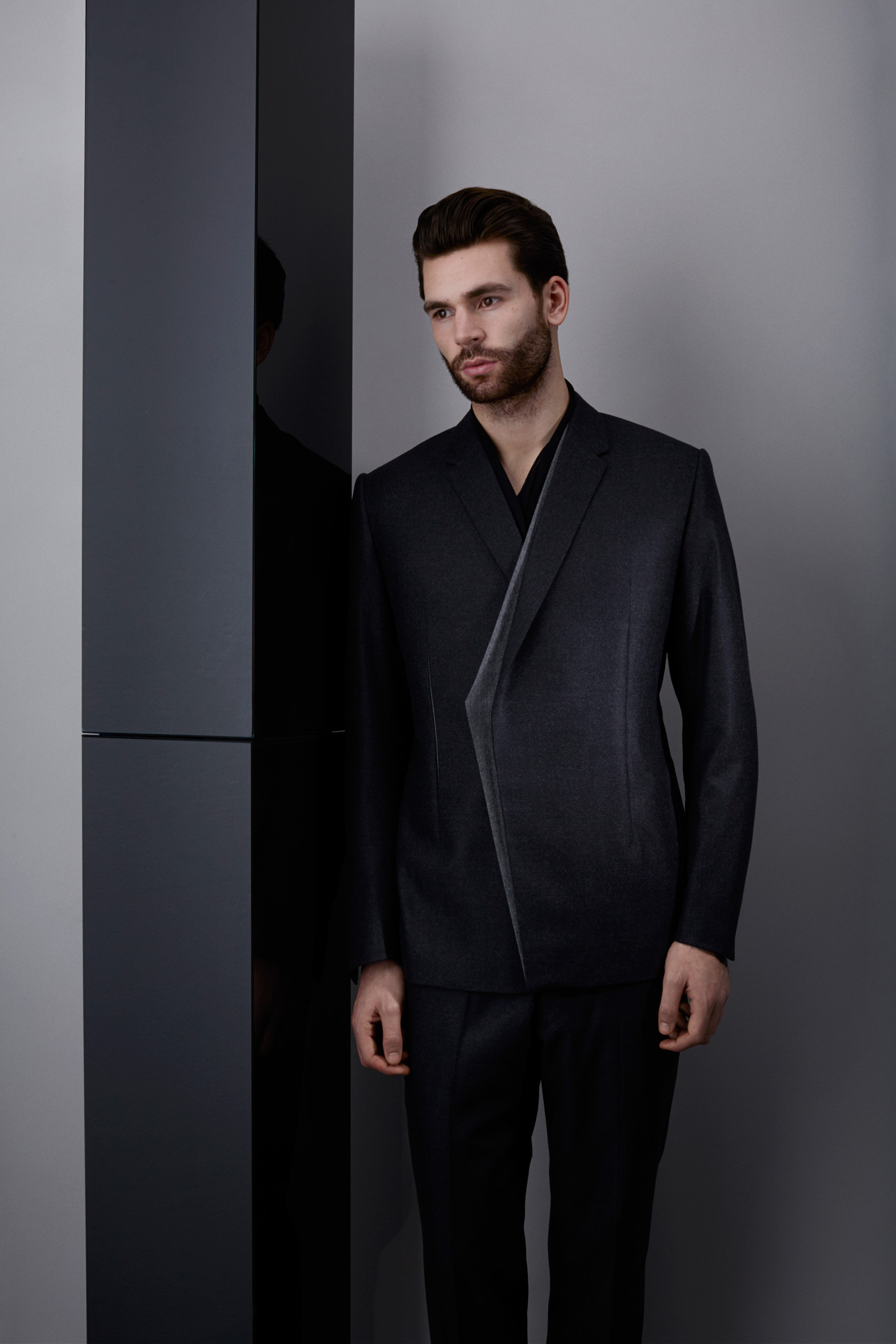 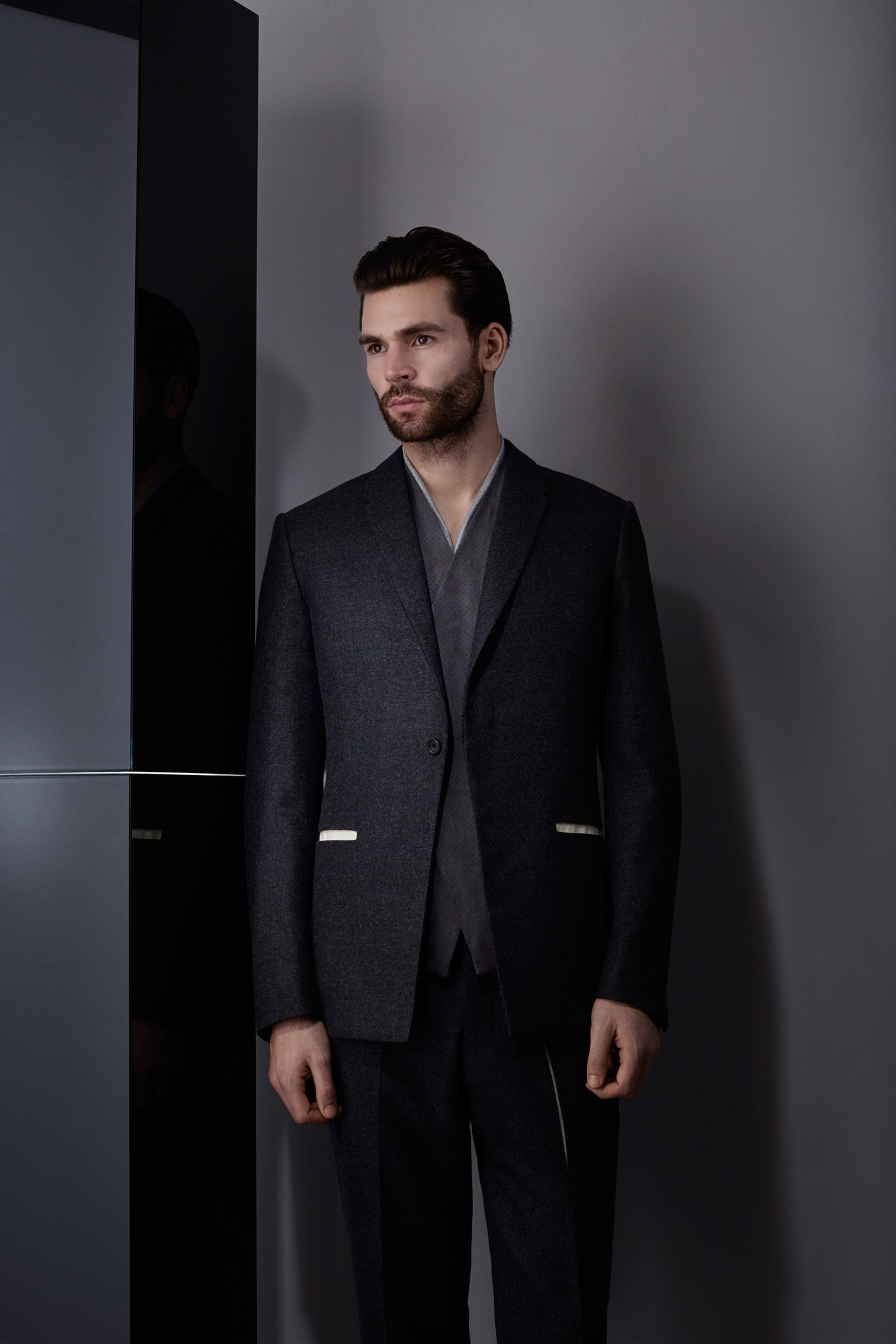 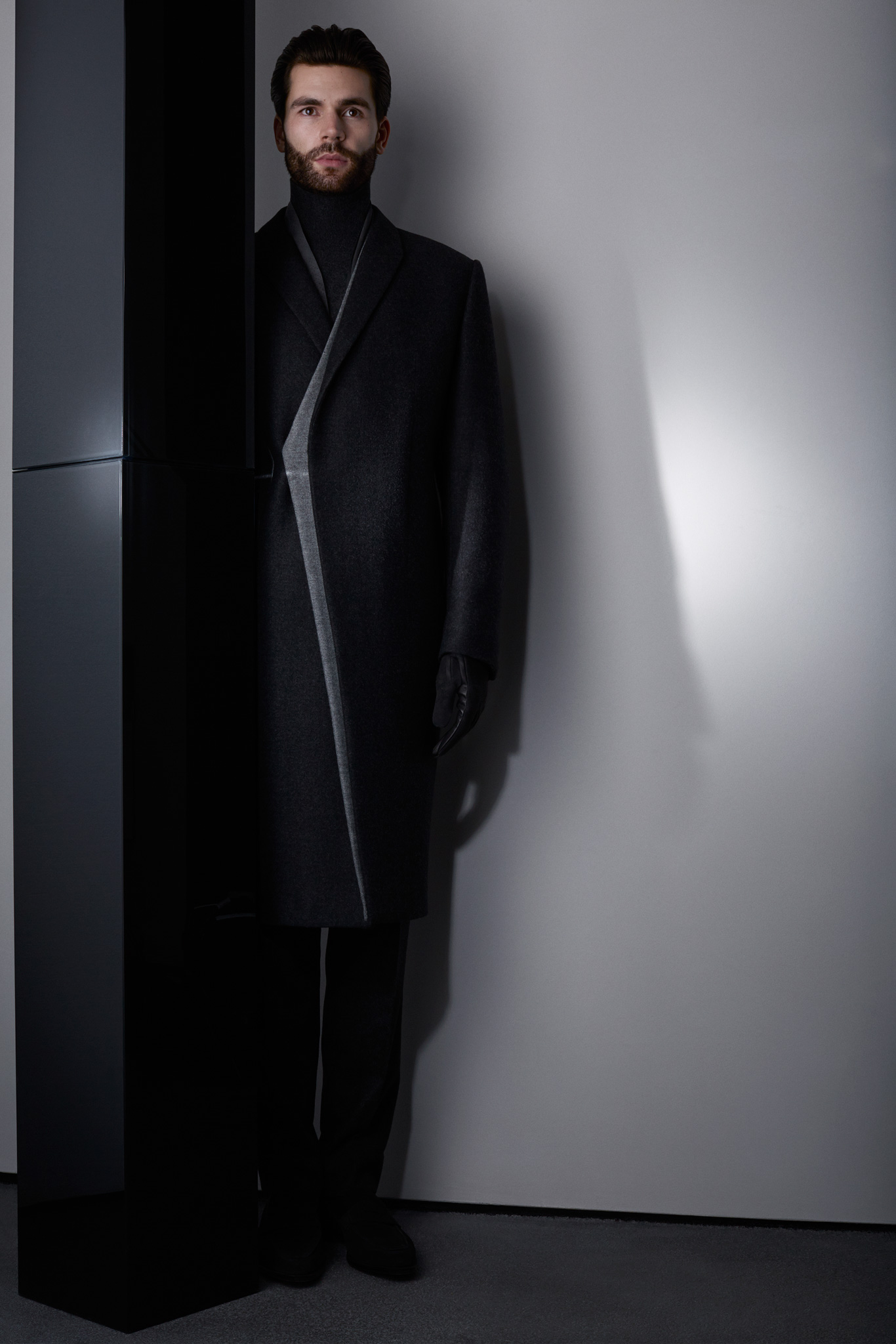 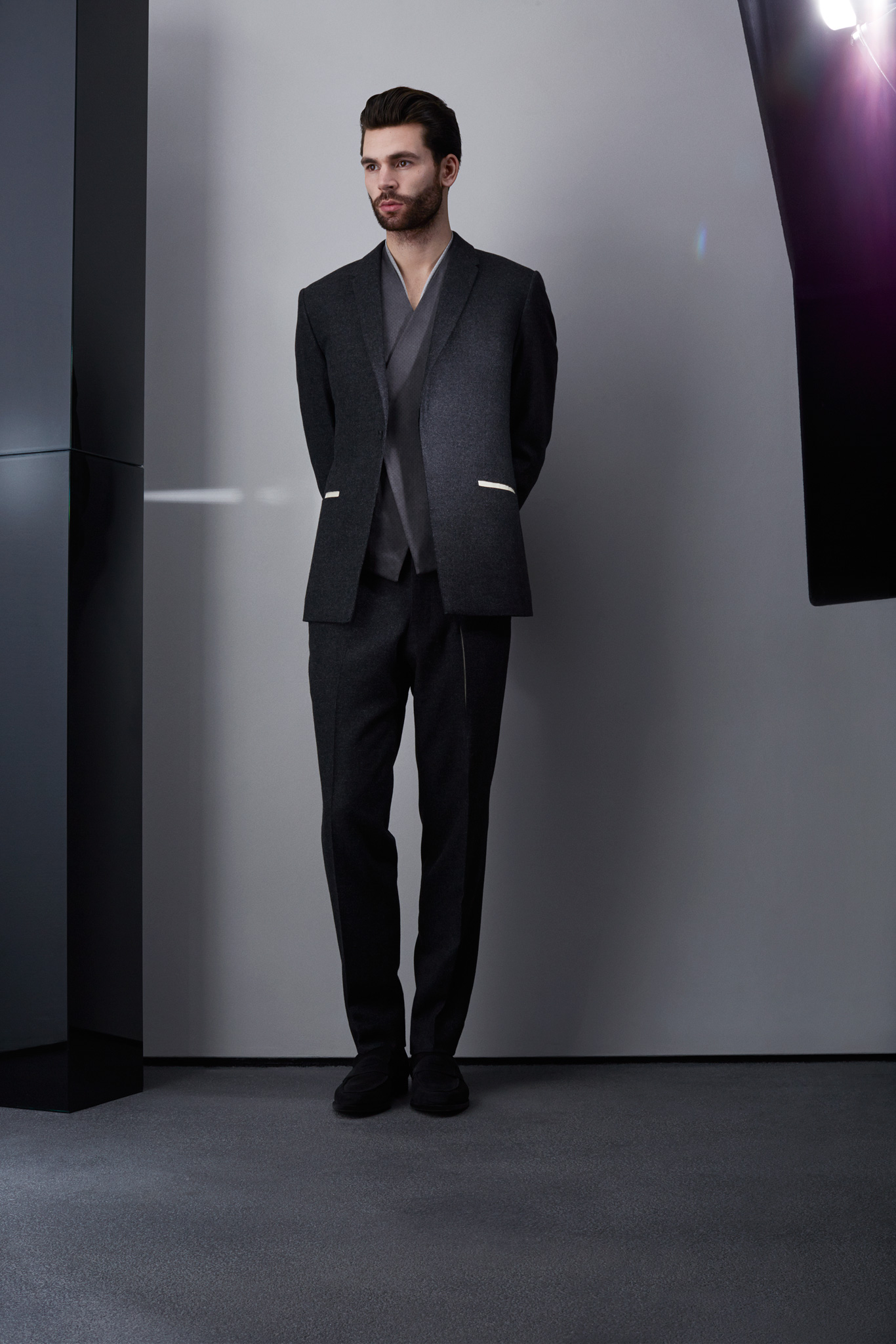 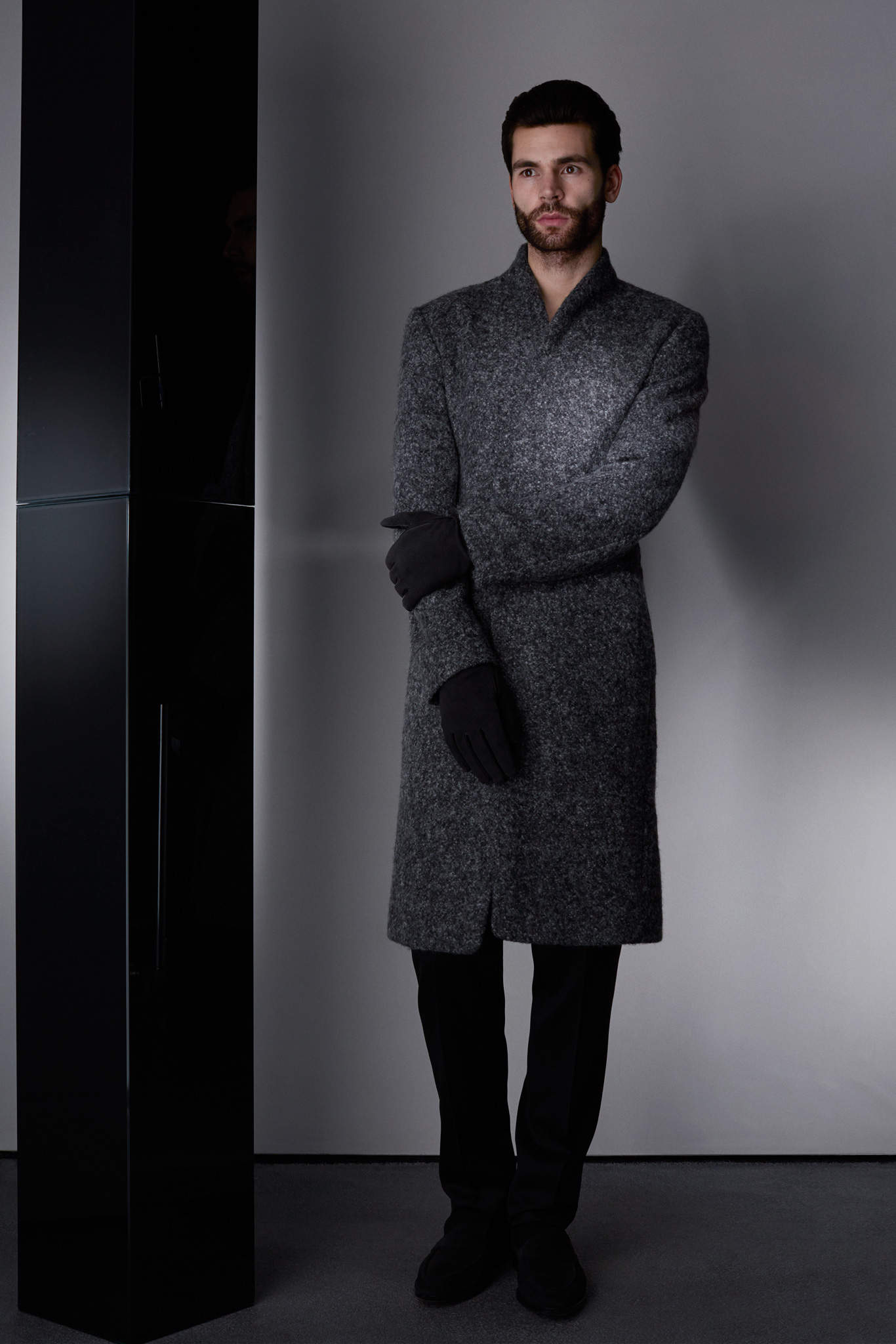 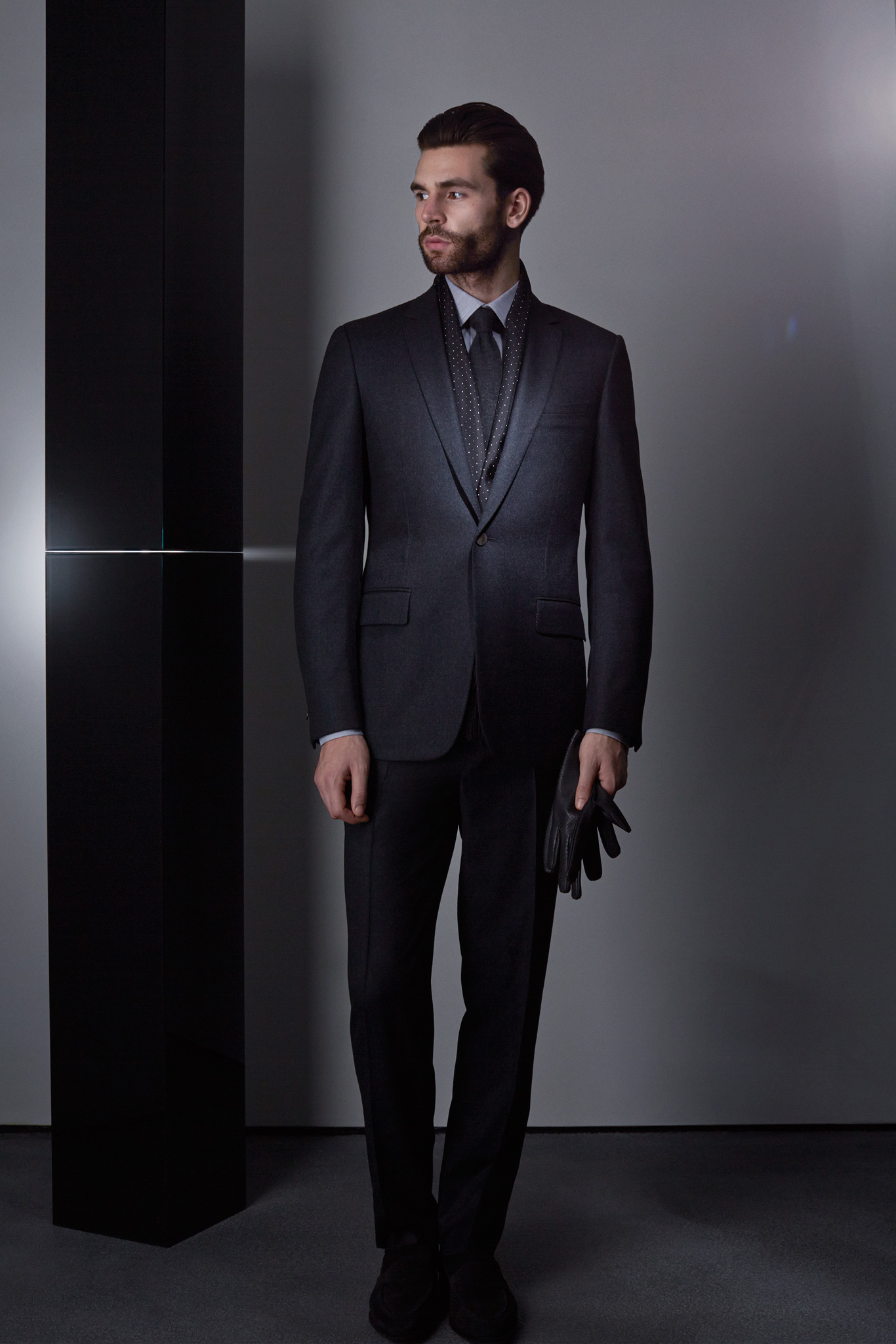 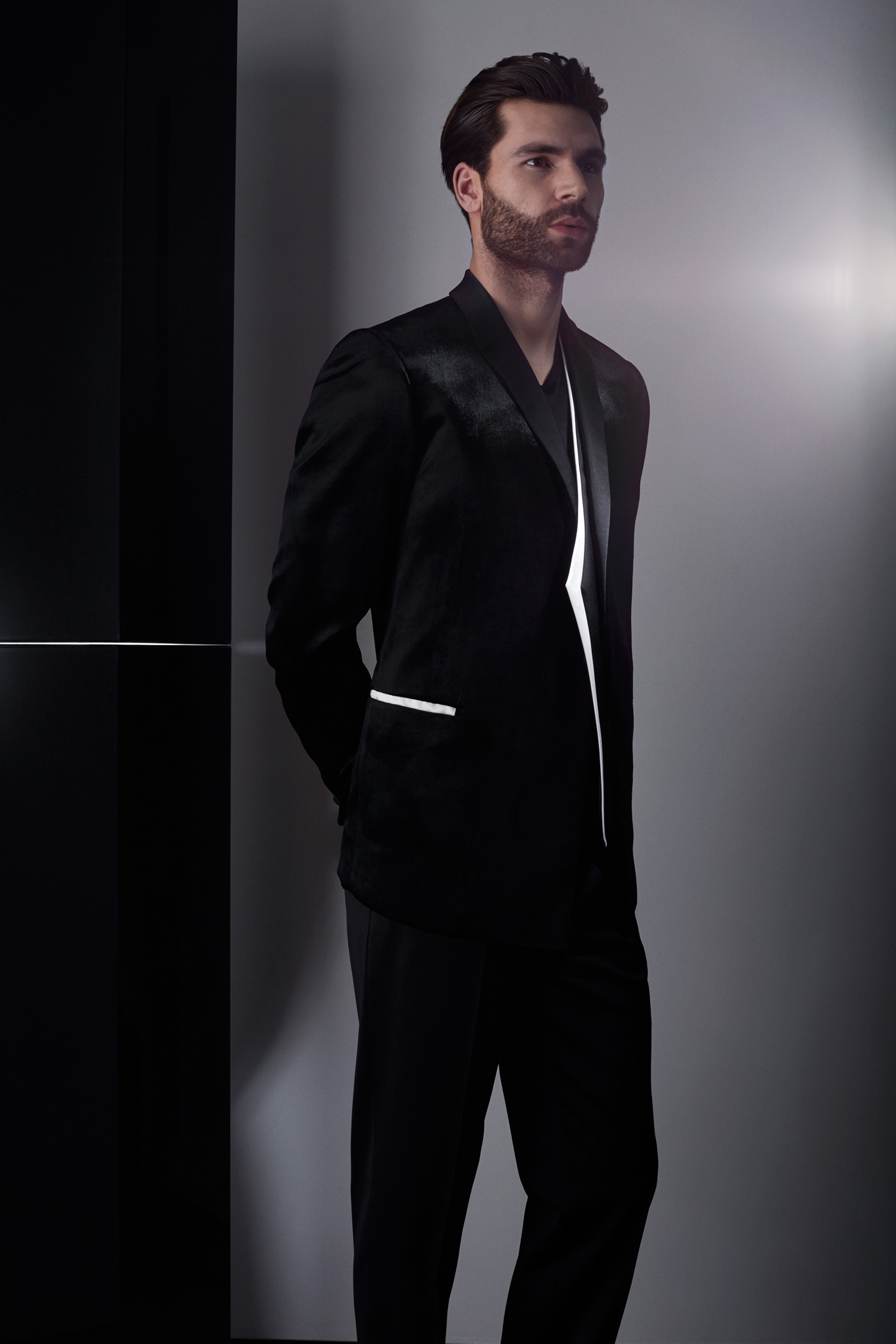 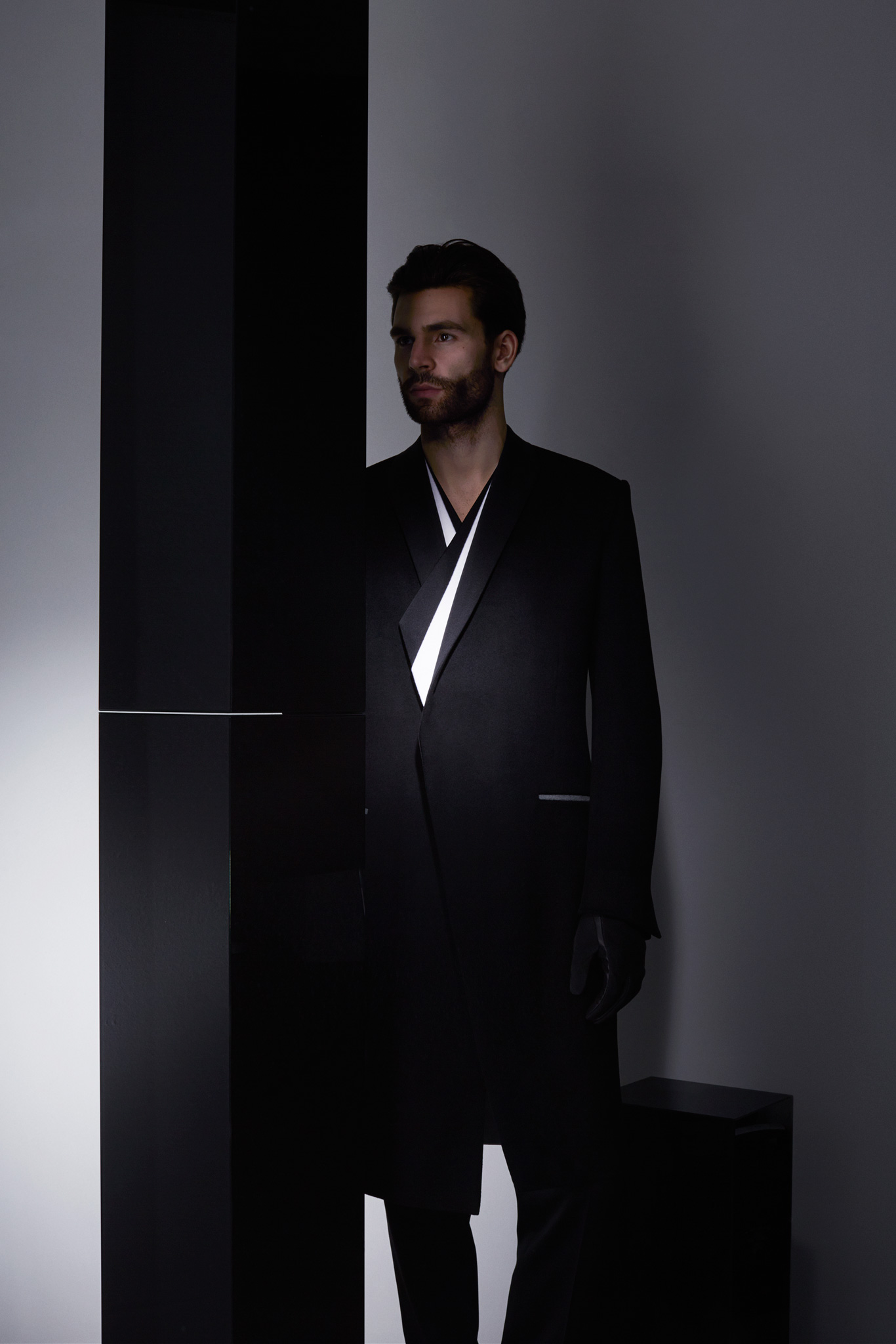