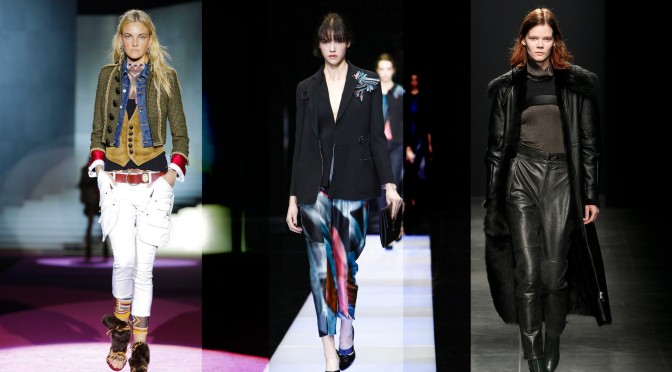 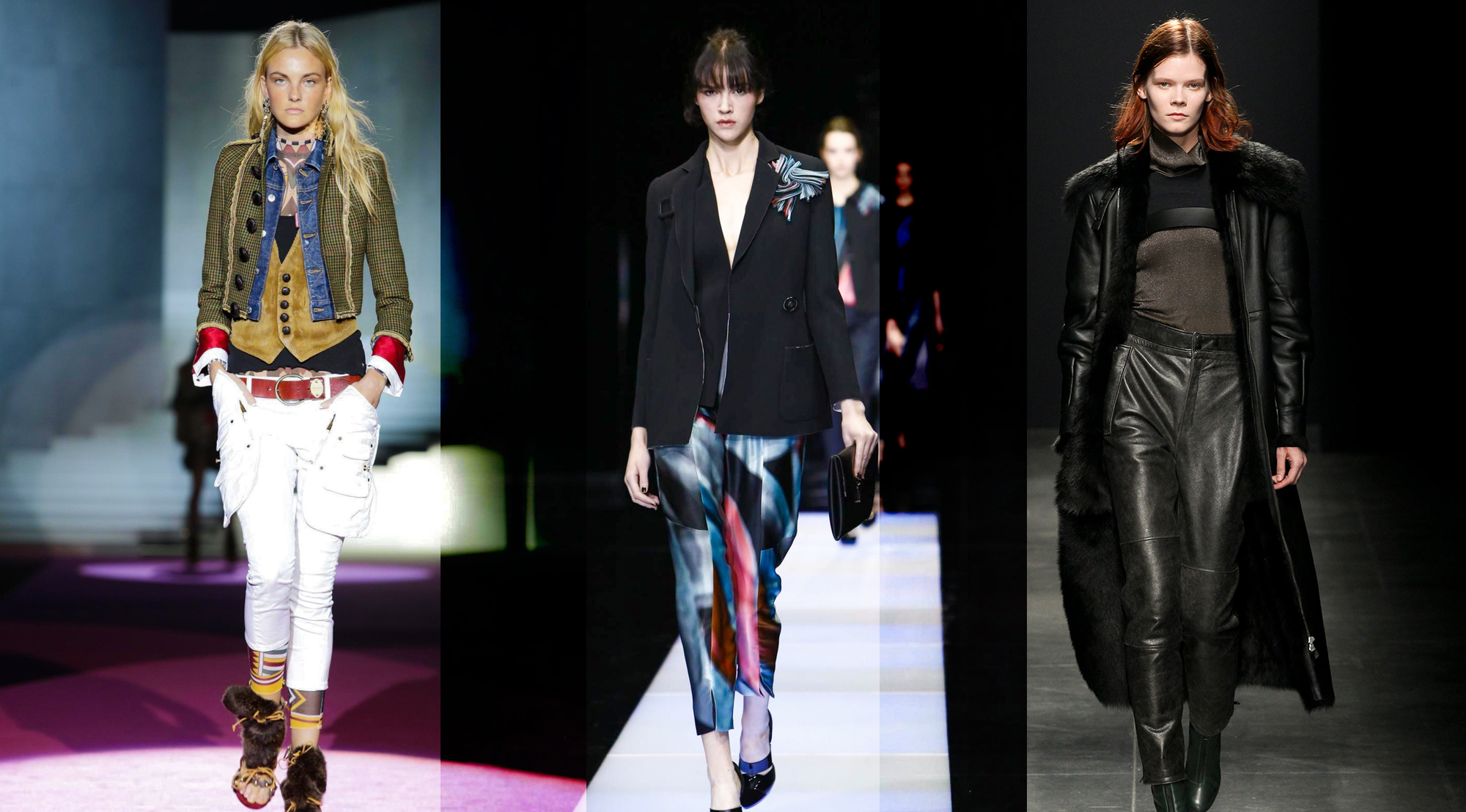 MILAN, ITALY. MARCH 2, 2015 – Milan Fashion Week F/W 2015 RTW Day 6 is running, here we bring you the best runways for you to enjoy and check at the new trends for Fall Winter in Ready-to-Wear.

Instead of doing their typical theatrical staging background, designers Dean and Dan Caten went minimal. Crafting a monolithic wall out of what appeared to be marble and inserting into it a stone staircase. The duo didn’t want to give anything away, not even via one of their traditionally playful show notes. Not that you ever really needed them, as each season’s theme was usually self-evident as soon as the first model hit the catwalk.

Accessory lovers will have a field day with all the tribal-embellished handbags, furry strappy heels and fur accent pieces.

The one thing that really had the audience buzzing at the Giorgio Armani show, which marked the end of Milan Fashion Week, was the pants. The designer came up with a trouser silhouette that looked original, odd and undeniably appealing.

He morphed a wrap front skirt into slim pants that were constructed so that the hem of the skirt grew out from the knees of the trousers to swathe the waistline. It was a silhouette that could hide a multitude of sins.