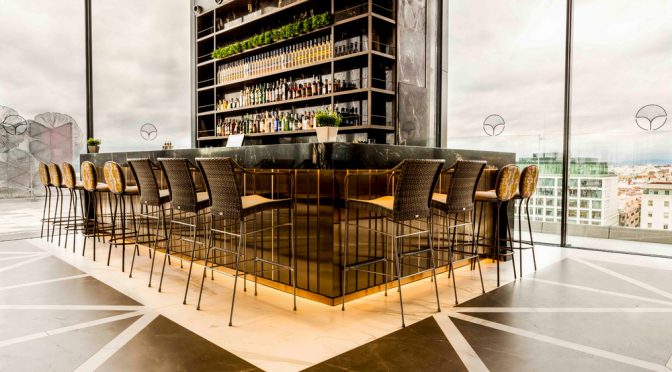 In the heart of Madrid, the architect Diego Gronda has converted the new five-star hotel ‘VP Plaza España Design’ into an interior natural setting with views of the capital’s ‘skyline’. 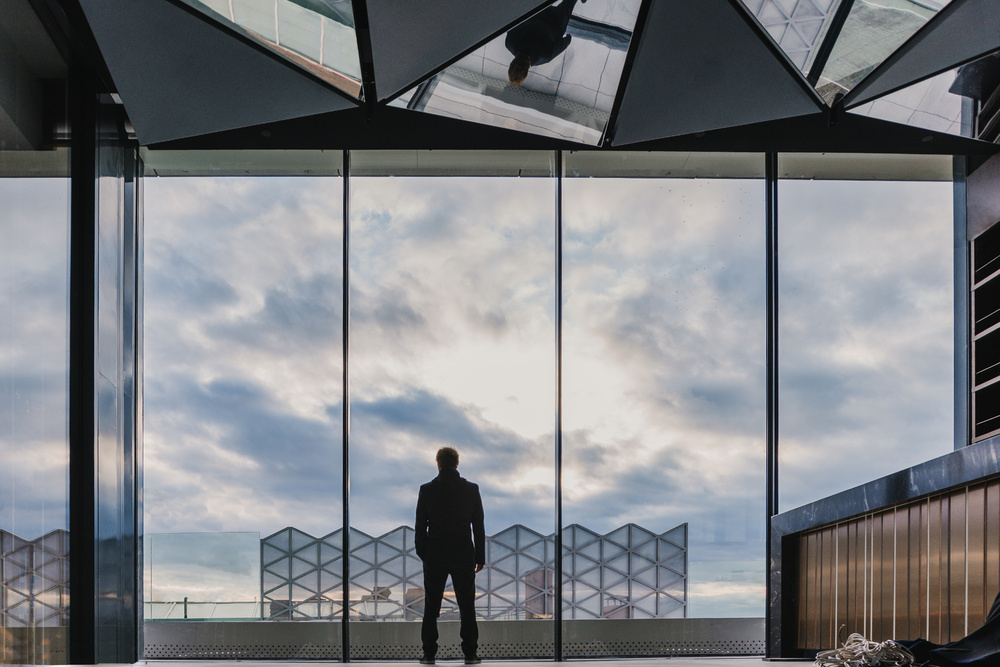 The frenzy of the Gran Vía, its theaters, the majesty of the Royal Palace, the beauty of Plaza España or the lordship of the Teatro Real. The surroundings of the hotel VP Plaza España Design, in the heart of Madrid, pretend to be a huge attraction for its guests. However, beyond its privileged location, this new 5 * hotel of the VP Hotels group hides something more valuable than its location: its design. With it, it aspires to differentiate itself from many other exclusive hotels in the center of Madrid, since the views within its walls are almost as surprising as the ones outside.

The merit belongs to the architect, designer and leader of the Studio Gronda, Diego Gronda, to whom the VP Hotels chain has commissioned the design. A safe value for the firm, since it has worked for some of the main hotel groups in the world and has more than 25 years of international experience. His is also the interior design of Tatel restaurant, in Miami, or Zela, in Ibiza. 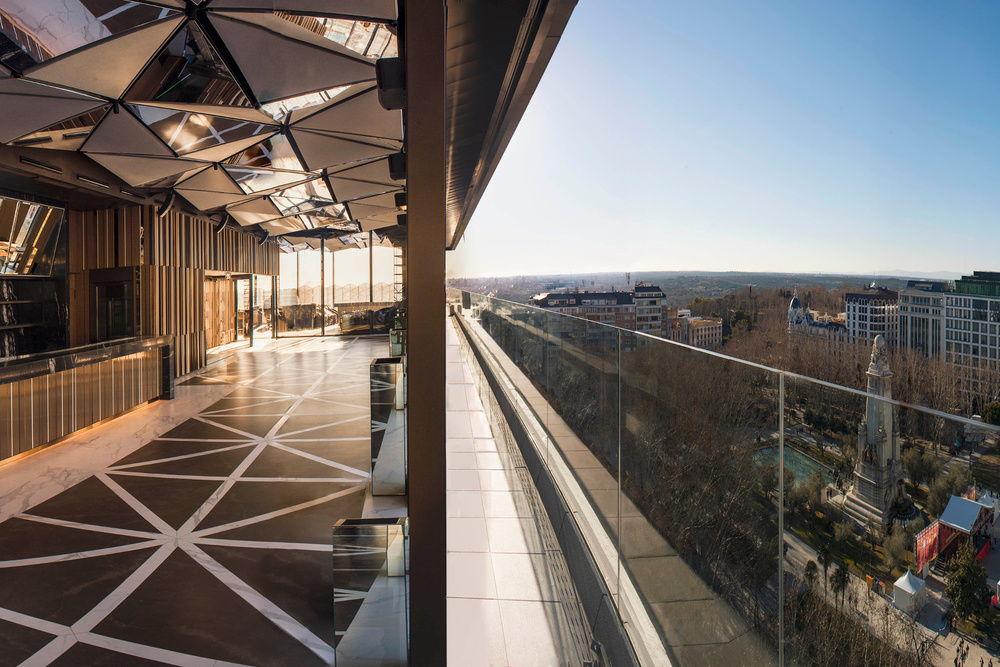 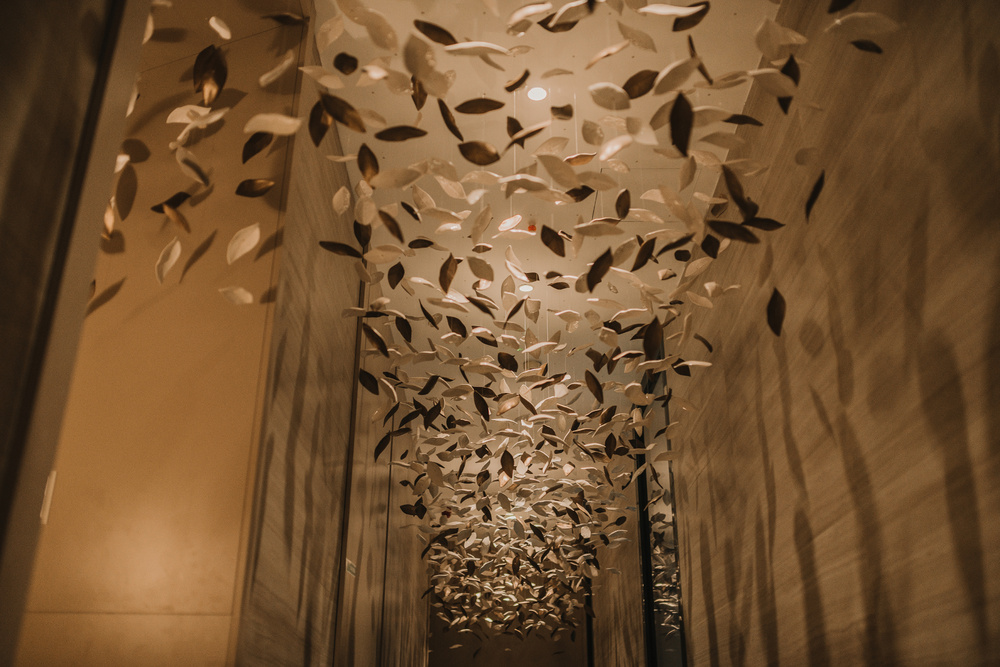 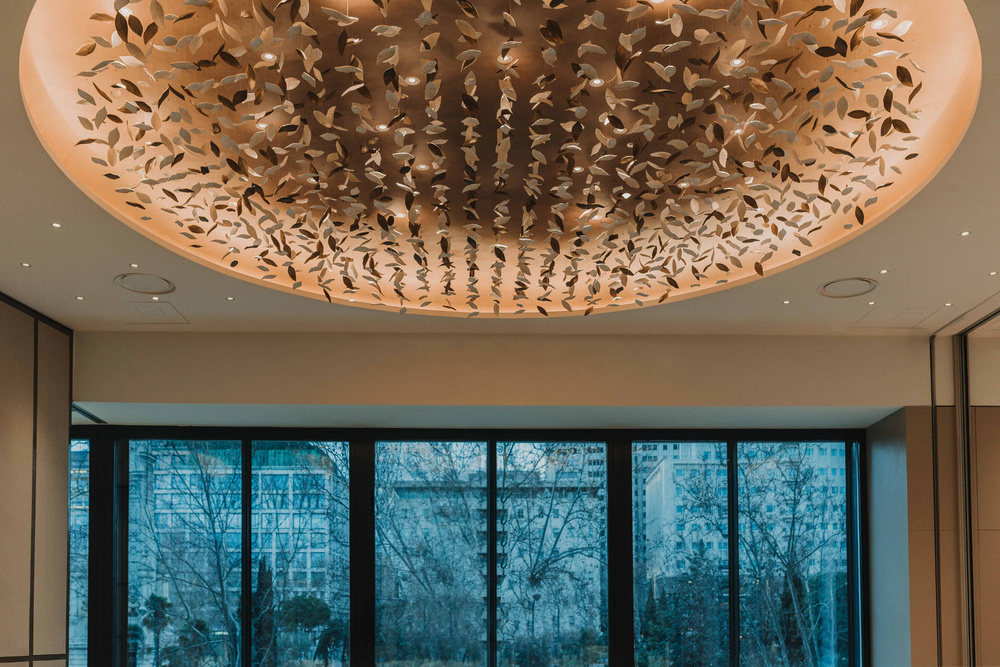 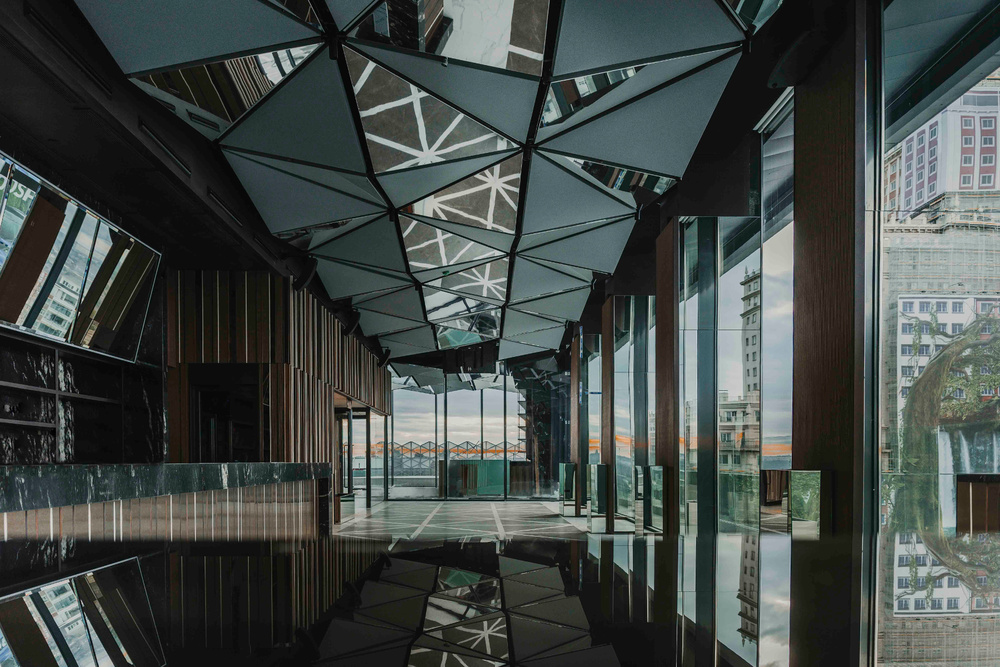 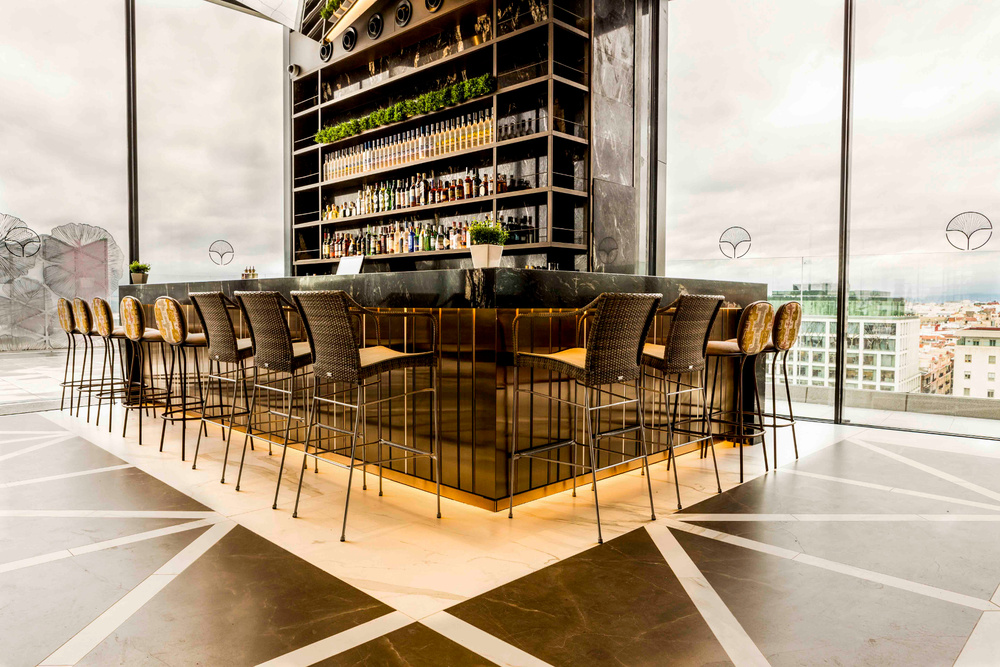 With this project, Gronda has put color and shape to three of the most characteristic areas of the hotel: the Ginko Sky Bar, the Wellness Center and the restaurant and event areas. And in all of them he has used vegetation as a common thread, since he wanted to give prominence in each part of the hotel to a different tree species. Thus, entering the VP Plaza España becomes a landscaping experience. For example, the space that gives access to the SPA area and the Sky Bar is full of metal sheets that represent the ginkgo leaf, while inside the bar the designer has recreated a forest of logs with wavy panels of wood.

Gronda has turned the VP Plaza España into a small natural oasis in the middle of Gran Vía, but also in a perfect refuge to escape the stress of the capital without stopping to enjoy it, because the views of the Madrid skyline offered by the Ginkgo Bar from the Floor 12 are enviable, while swimming in the infinity pool of the SPA is the closest thing to flying over the Plaza de España. In addition, both areas have direct access from the street, so it will not be strange that the terrace soon becomes a point of reference for Madrid evenings and evenings. It also has a pool with a glazed pool, solarium and three bars that will transform it into a disco during the summer.