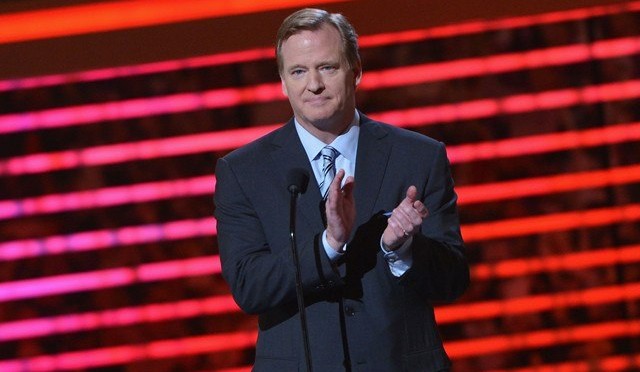 National Football League (NFL) commissioner Roger Goodell announced that the league would update its policies and work to combat domestic-violence and sexual assault in the wider community. Goodell spoke at a press conference in New York.

“Unfortunately, over the past several weeks, we have seen far too much of the N.F.L. doing wrong. That starts with me. I said this before. . . and I’ll say it again now: I got it wrong in the handling of the Ray Rice matter, and I’m sorry for that. I got it wrong on several levels, from the process . . . to the decision that I reached. But now I will get it right.”

“I don’t expect anyone to take it on my word,” Goodell said, noting that he had tasked former F.B.I. director Robert Mueller with investigating the incident. “I promise you that any shortcomings he finds . . . will lead to swift action. The same mistakes will never be repeated.”

Goodell announced that the league would update its personnel conduct policies. “We strongly condemn and will punish behavior that is unacceptable,” Goodell said. “I am here because our rules, procedures, and polices on personal conduct failed to ensure that our standards were met.”