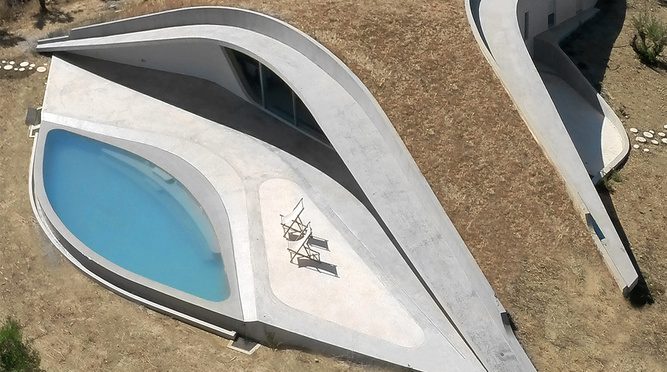 As if it were just another hill among the olive groves, this summer house hides a curved design, white spaces and panoramic views of the Greek sea. 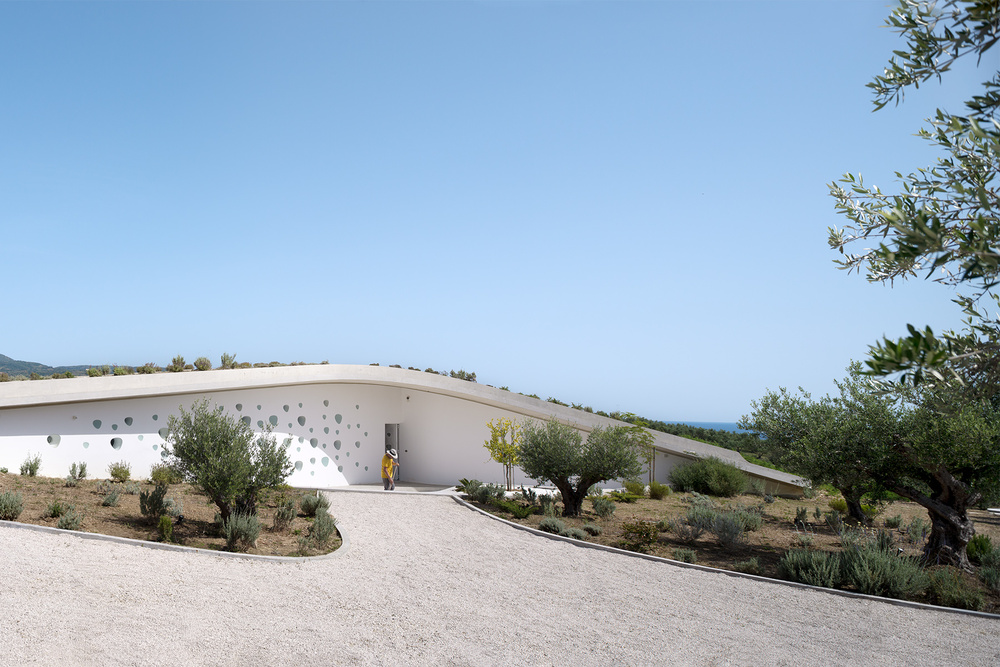 From a bird’s-eye view, this original summer residence located in the fishing village of Finikounda, Greece, south of the Peloponnese, would go completely unnoticed. Camouflaged under a hill, from above only the letter “Y” of the stone paths drawn on its roof is perceived, hence the name of the project: Villa Ypsilon. This bifurcation of roads distributes the different areas of the village in three patios through which it is possible to follow the course of the sun throughout the day.

The integration with the landscape is as subtle as it is elegant. Not only the house is camouflaged as if it were a small hill of the land, but also, its height, does not exceed the line marked by the olive grove in which it is located. The project, designed by the architects Theo Sarantoglou Lalis and Dora Sweijd, of the LASSA architecture studio, also takes advantage of the privileged views of the area. On the one hand, the view is lost towards the bay of Schiza and Sapientza and, on the other, towards the mountains of Finikounda. 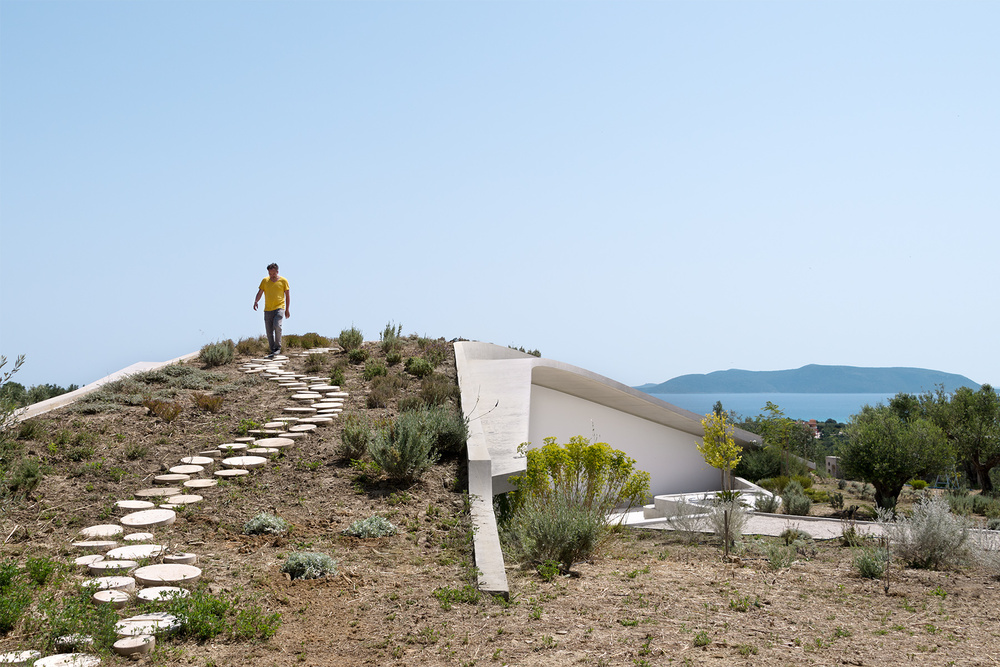 This magnificent environment is part of the interior of the house, open to the outside with large windows of PanoramAH !, a solution that allows large glazed areas of up to 19 m2 and with which it is possible to integrate panoramic windows in the architectural concept as a screen , allow to enjoy great views from inside the building.

Light is, therefore, another of the elements that are part of the design concept itself. The maximum use of sunlight, the use of white materials that reflect the brightness of the Greek summer and artificial lighting camouflaged in the architectural elements, generate the feeling of a house with its own light.

In this proposal so integrated into its environment, not only are the views and sunlight exploited. The architectural design also integrates a strategy of cross ventilation that avoids the need for cooling systems, thanks to the shell shape of the building. 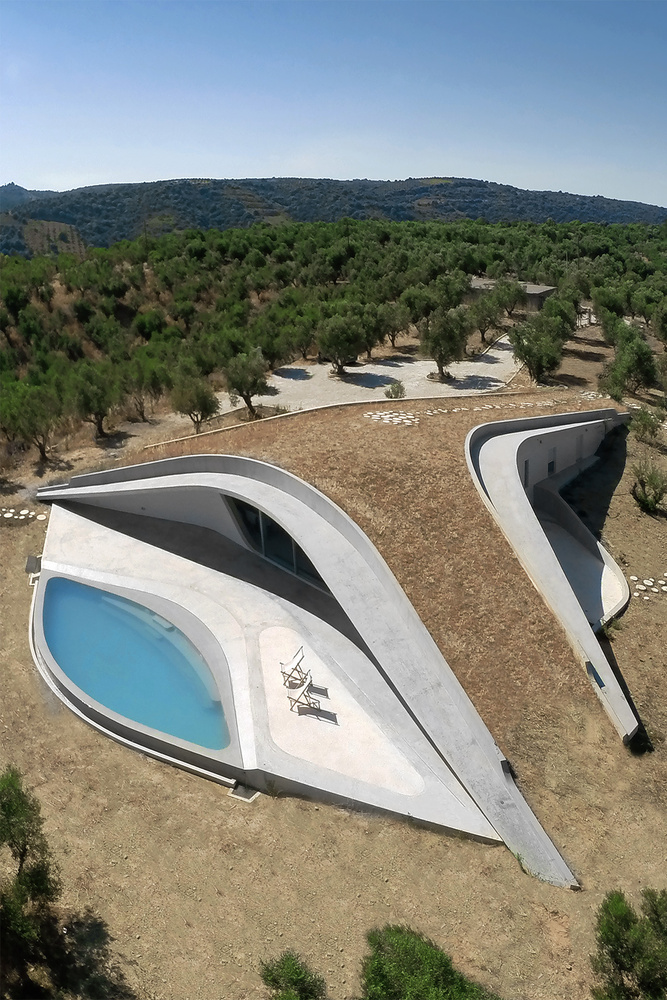 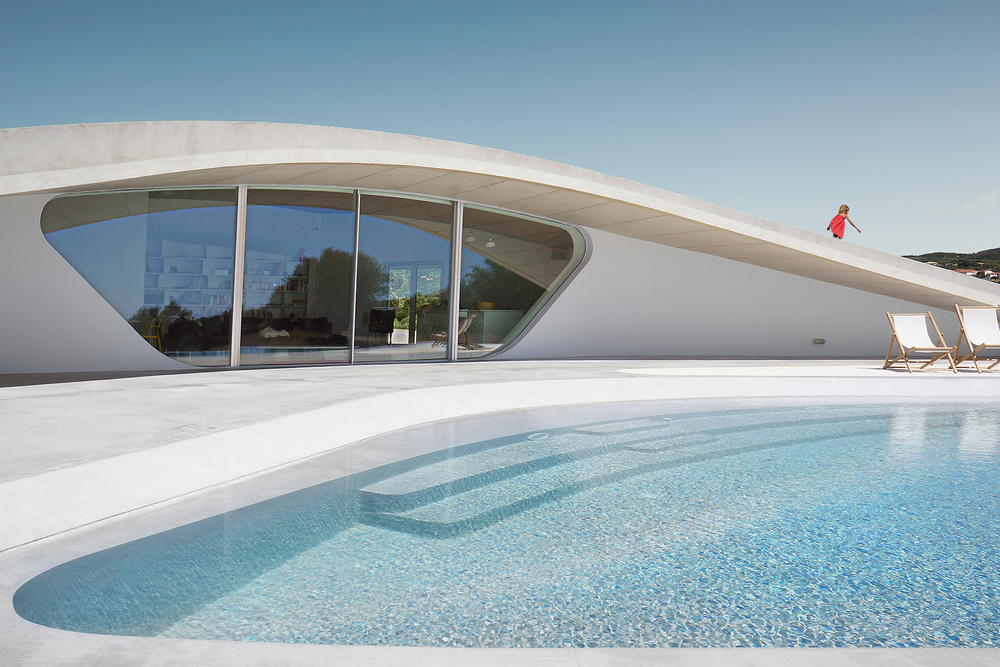 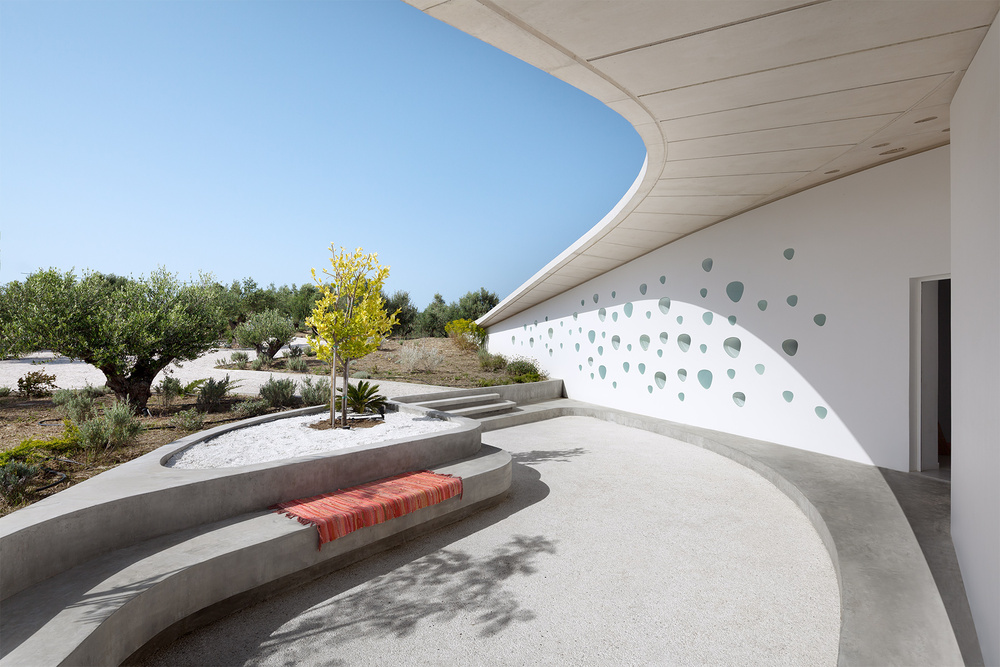 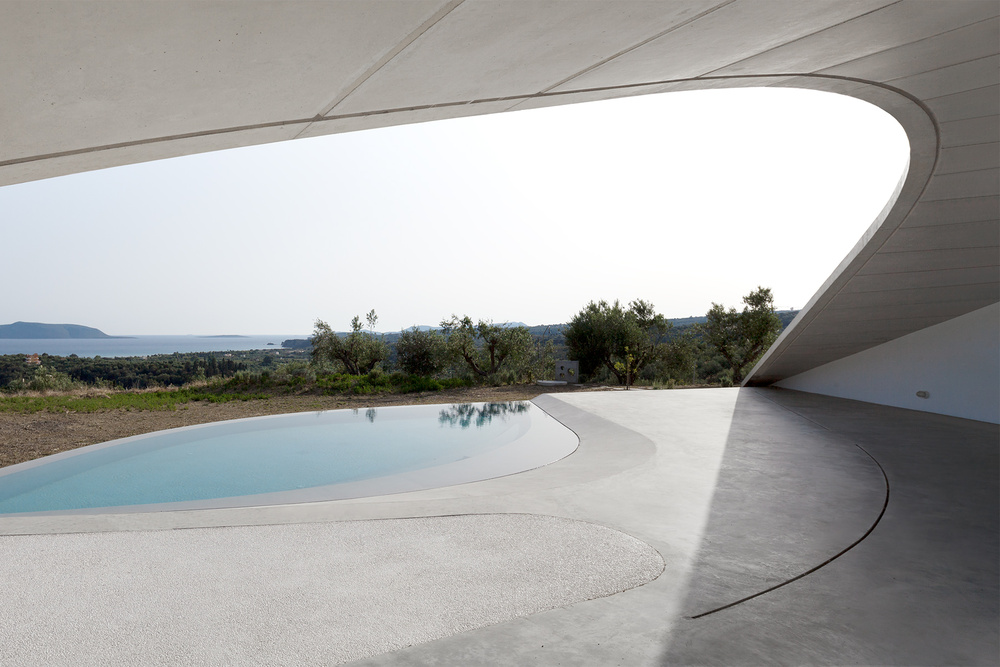 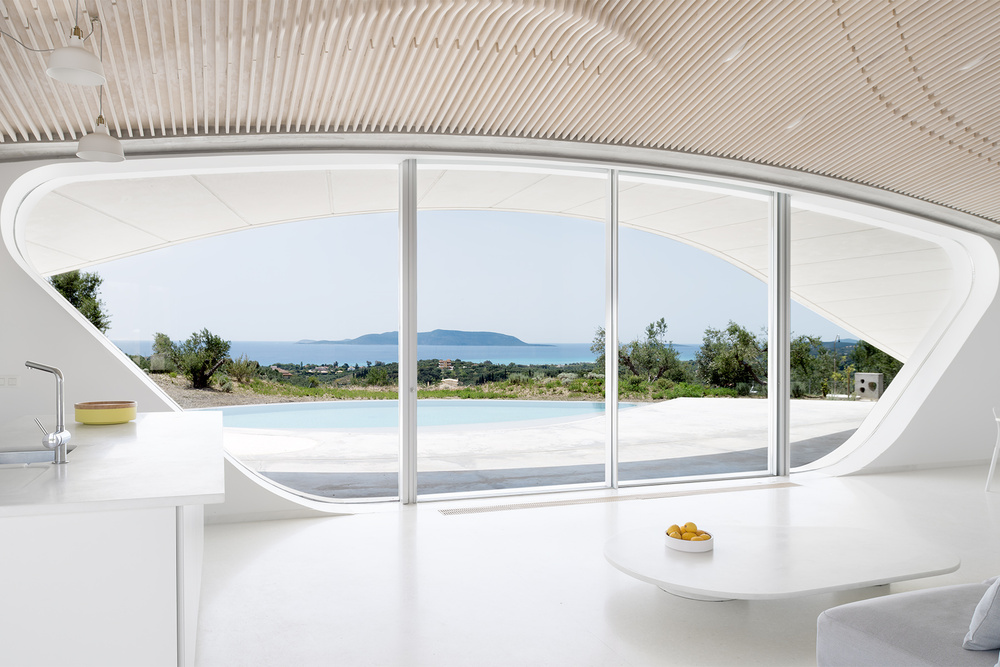 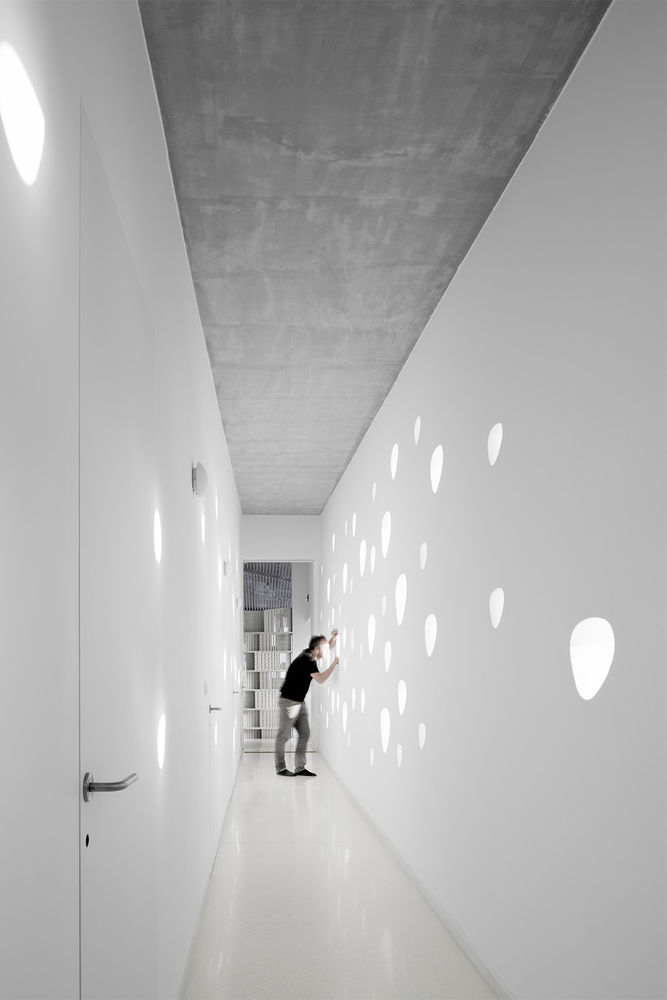 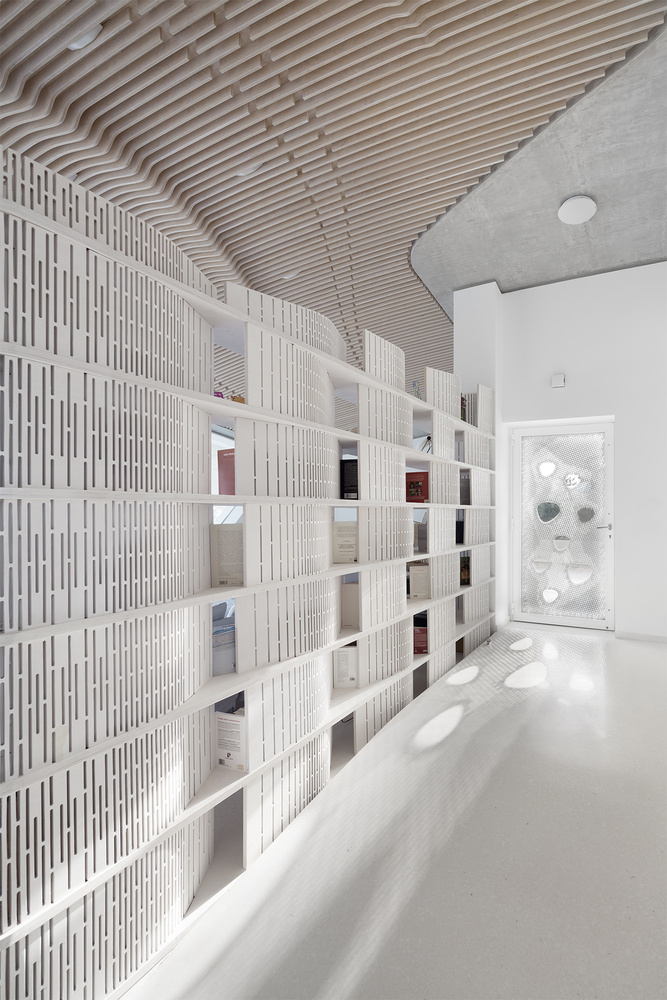 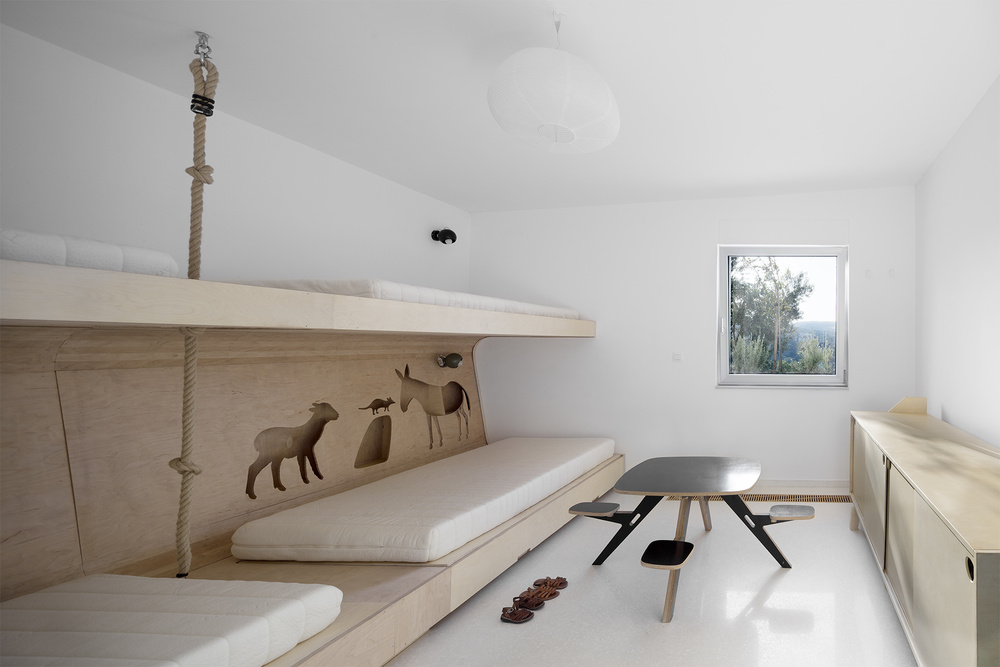 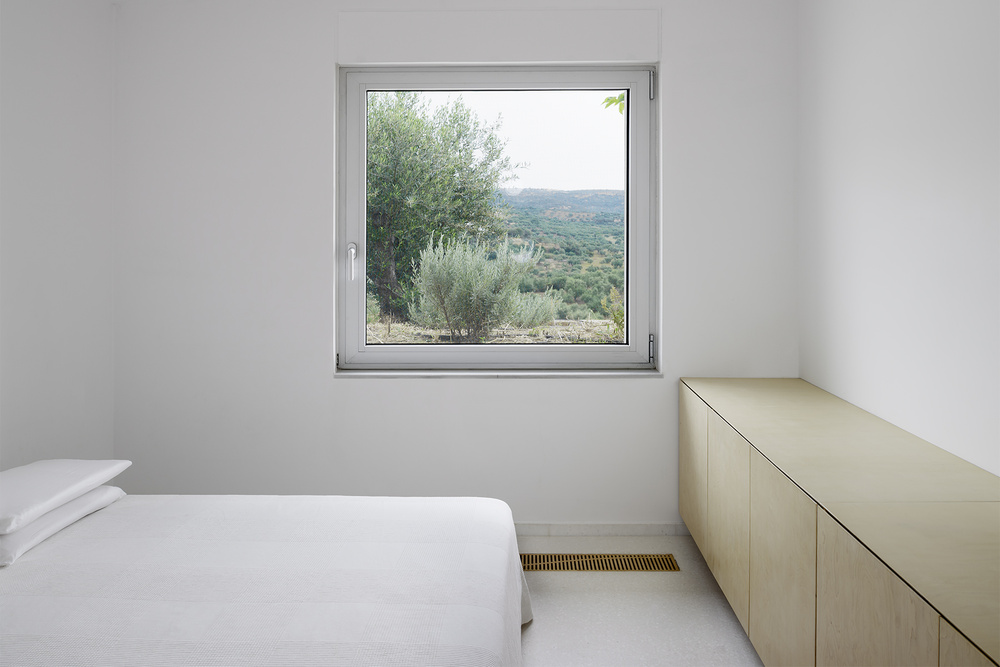 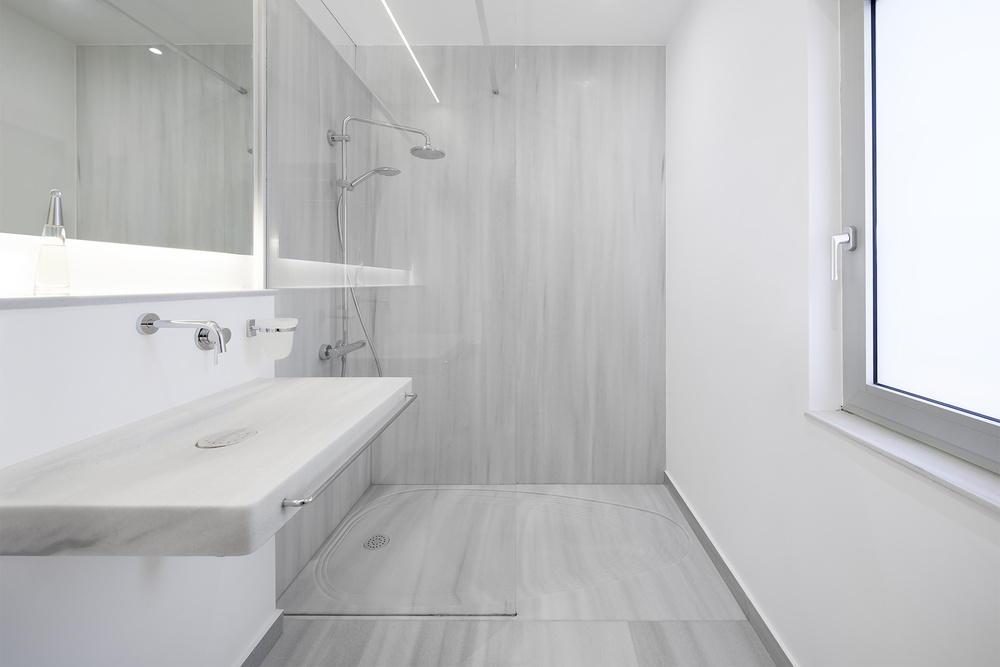 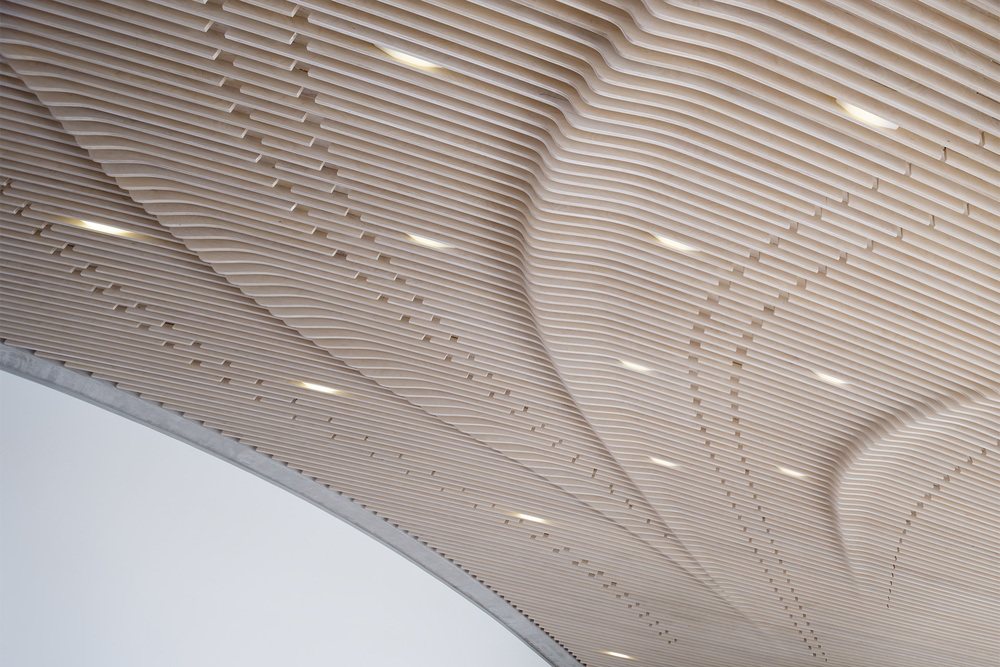 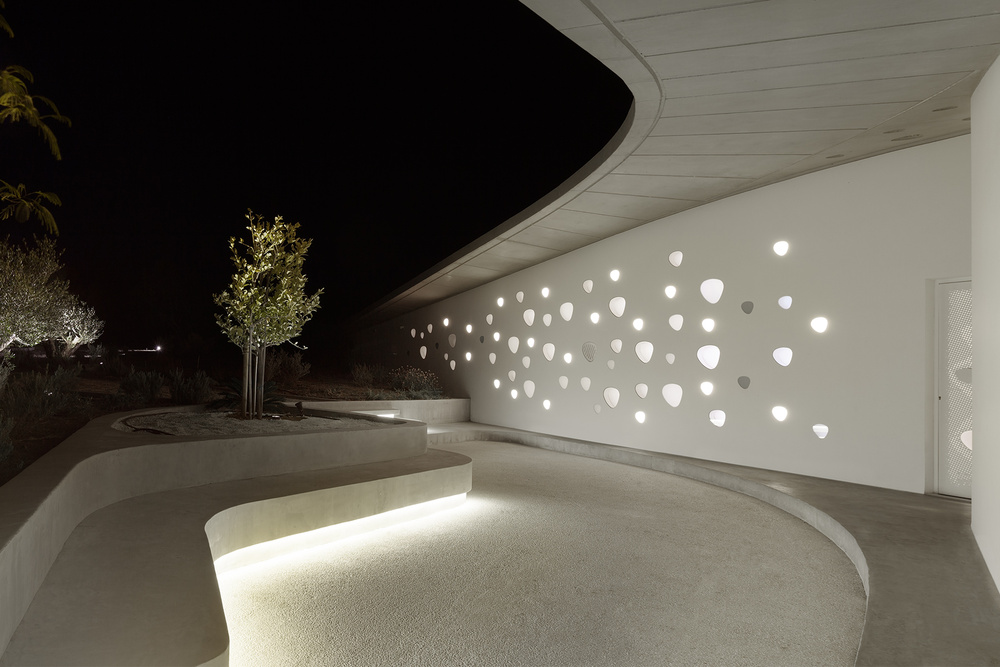 The interior spaces are divided into two main areas: the private area, with three bedrooms and two bathrooms with views to the east, and the common area, facing south. In the latter, the kitchen and the living room have access to the three patios, which are equipped for all outdoor activities.

The non-standard geometry of this project, as well as its location in this area far from the Peloponnese, was a challenge when designing the construction strategy. On the one hand, the prefabrication and assembly of the pieces outside the land was carried out, reducing the construction time to seven months, according to the architects.

The LASSA architecture studio, located in London and Brussels since 2009, and founded by Greek architect Theo Sarantoglou Lalis and the Belgian architect Dora Sweijd, develops projects in which they interconnect the fields of art, technology and social sciences. Thus, in their projects they take into account the social participation in the spaces, the corporal experience of each of the areas and the collective sense of coexistence, as can be seen in this Villa Ypsilon project.