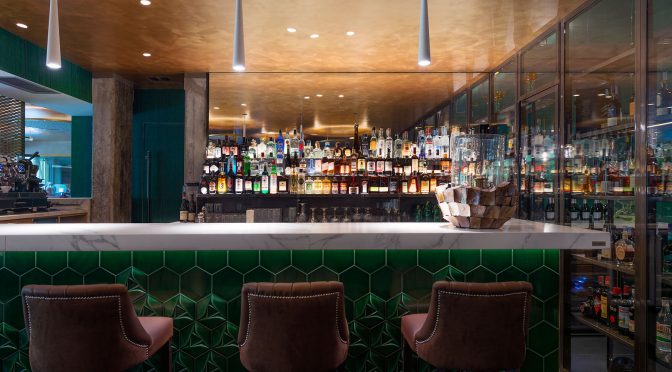 Italian chef Alessandro Borghese has found his best ally on Neolith surfaces. His new restaurant in Milan is proof of the versatility and a thousand faces of the sintered stone. 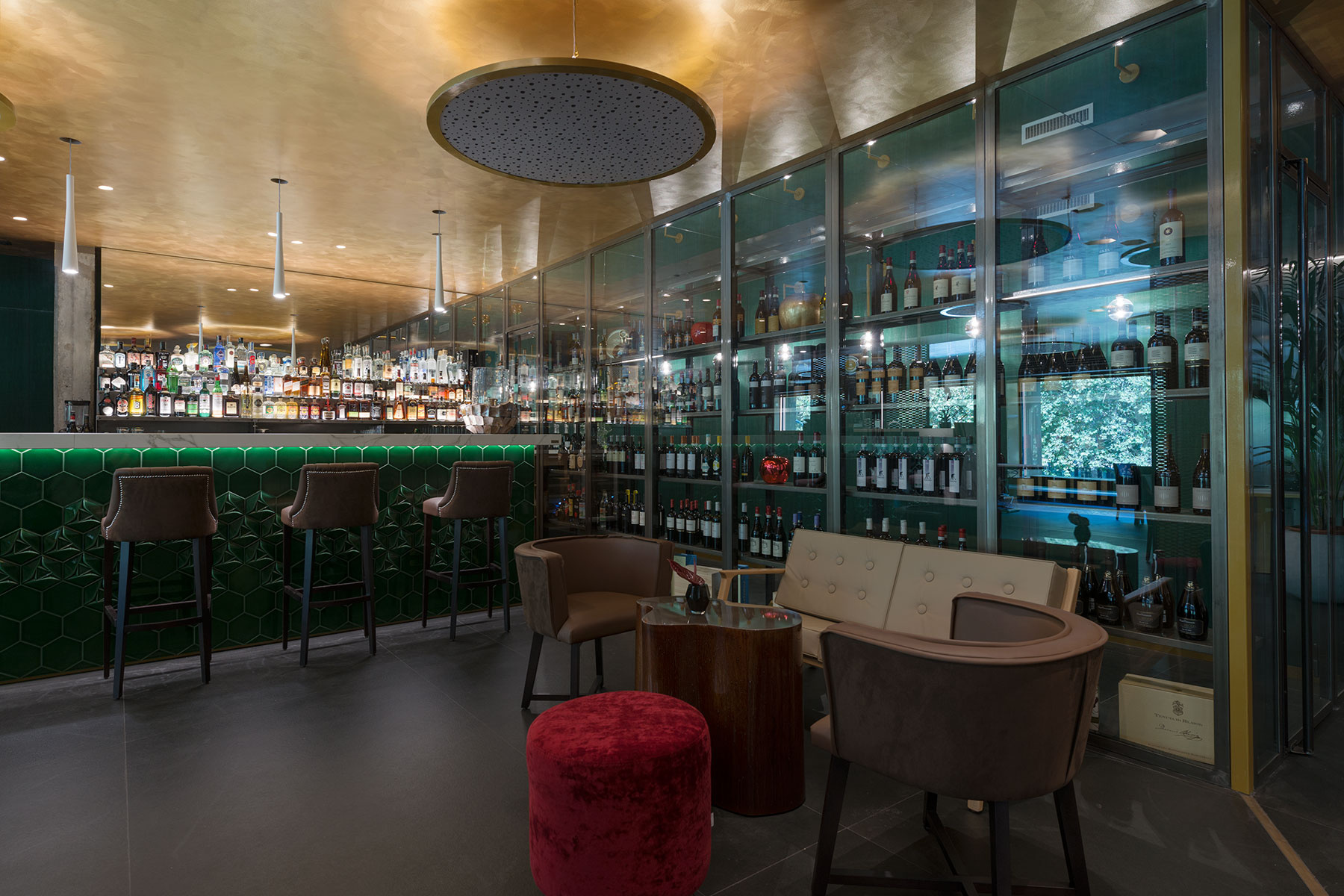 From the countertop to the floor through the dishes that serve some of his creations. Although it seems surprising taking a look at the images (and even more if we cross the threshold of your door) all the surfaces of the restaurant Il lusso della semplicità by Alessandro Borghese, one of the place to be in Milan, are made of the same material: sintered stone of Neolith. 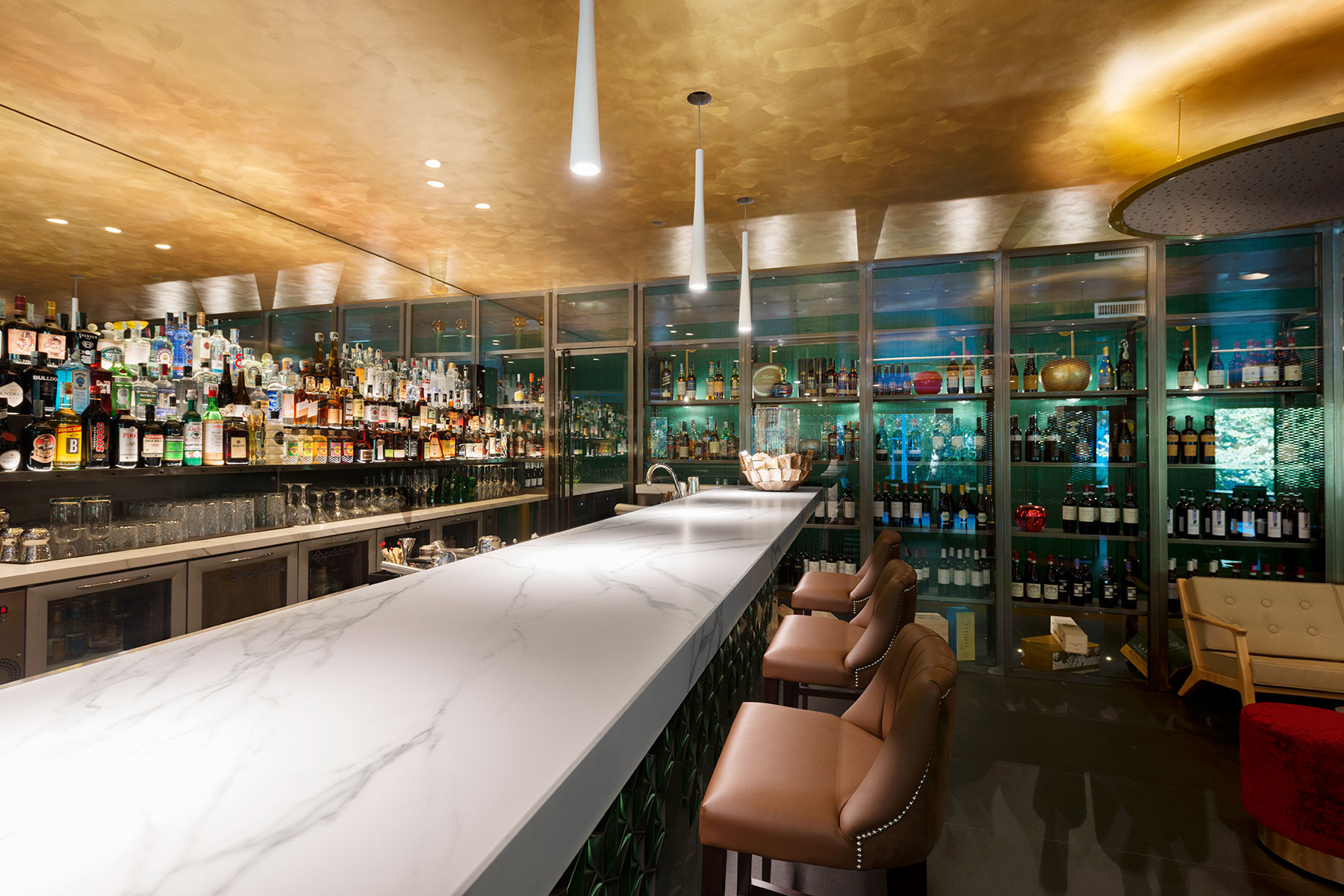 For the Italian chef cooking is the new rock and roll and thanks to that way of seeing his work and the great and intense flavors he serves in his premises, he has become a superstar of international cuisine. For that reason, for his expected restaurant in Milan, which he named Il lusso della semplicità (The luxury of simplicity), the chef had to take care of every detail and found in Neolith the perfect material to reflect his inventive approach to cooking and his, in certain way, extravagant personality.

Fascinated by the production process of the sintered stone and the versatility of the surface, Borghese decided to use it throughout the restaurant. Its adaptability and the way it can be integrated without problems within any environment made the result spectacular at first sight and very practical for a professional like the chef and all his team. 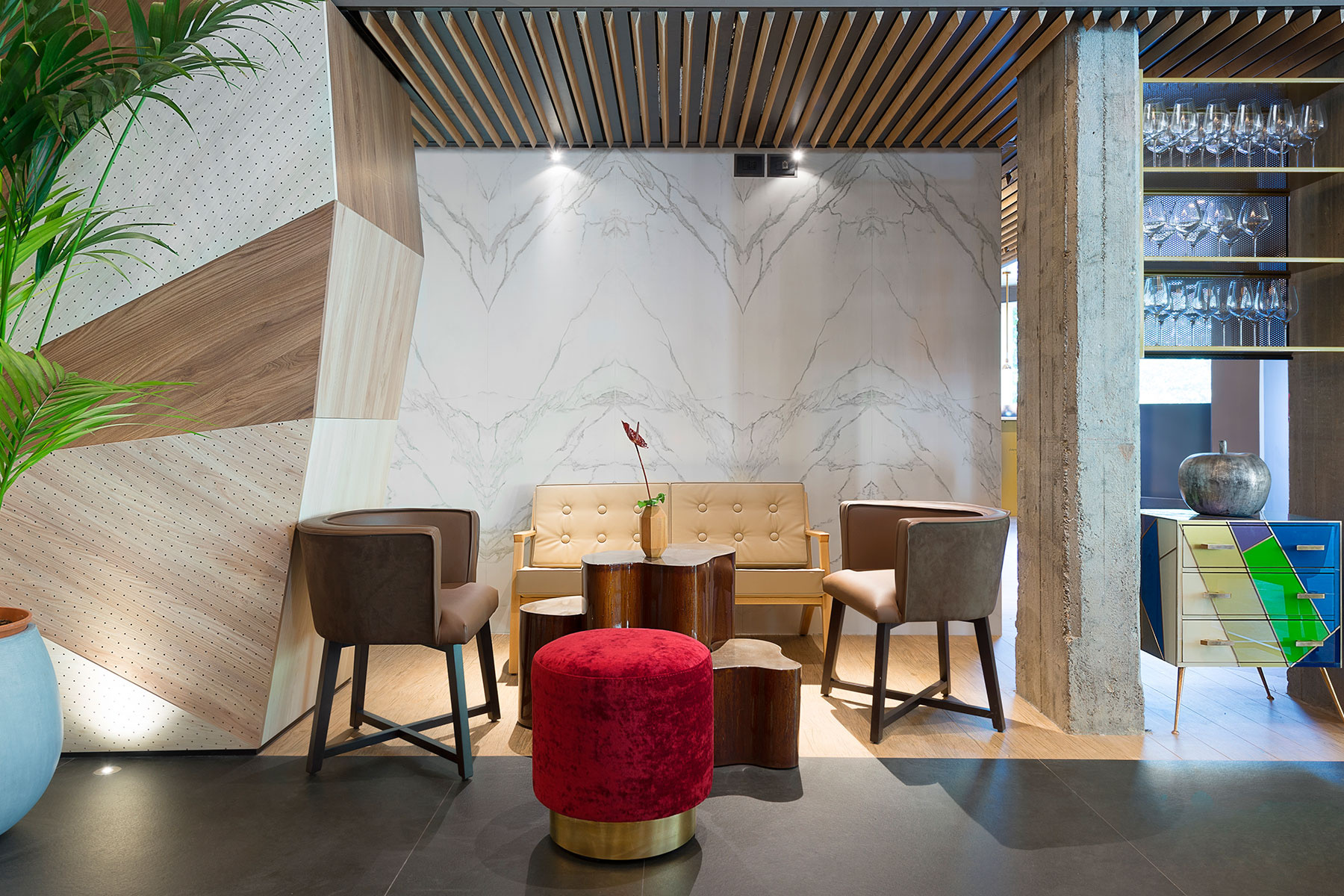 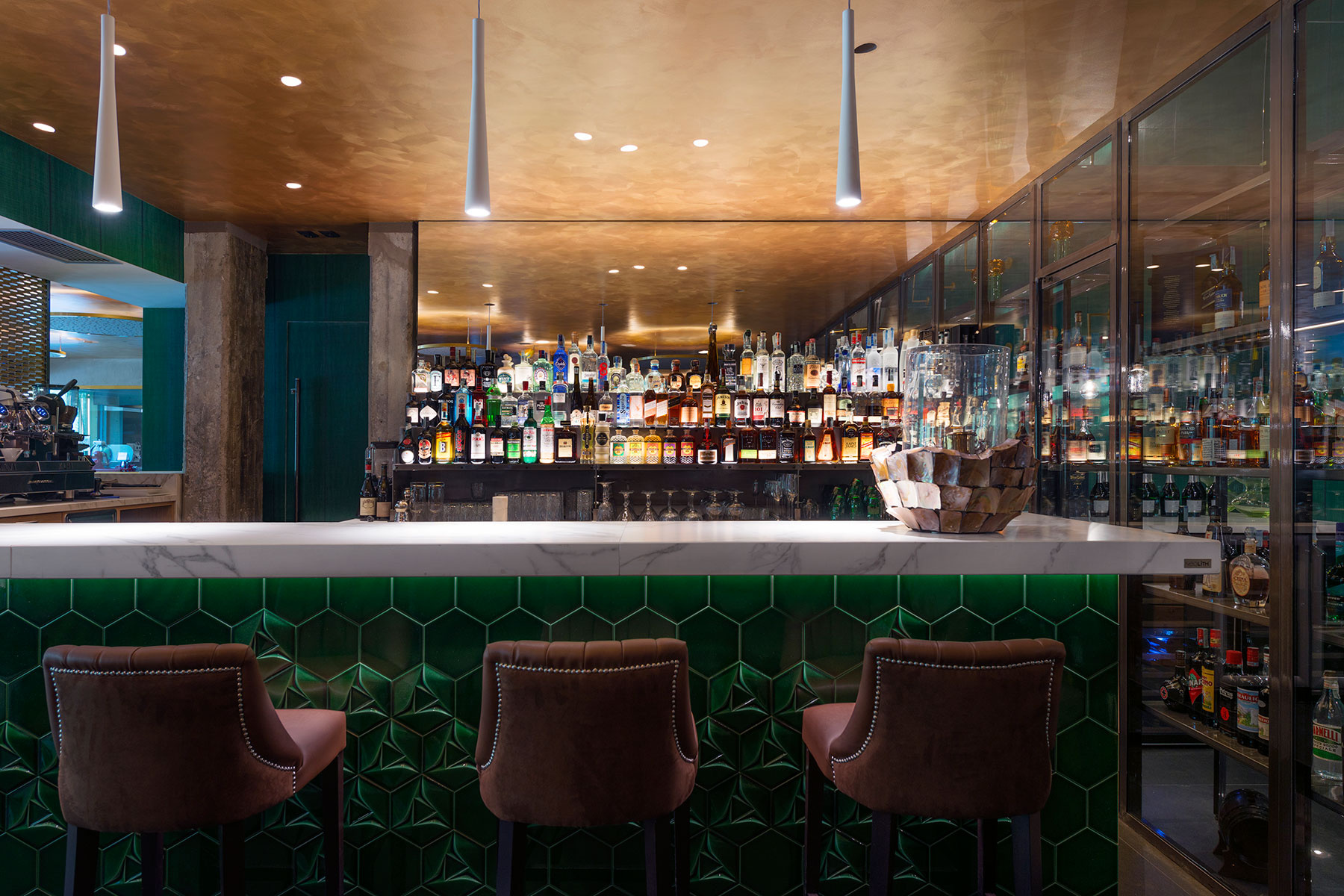 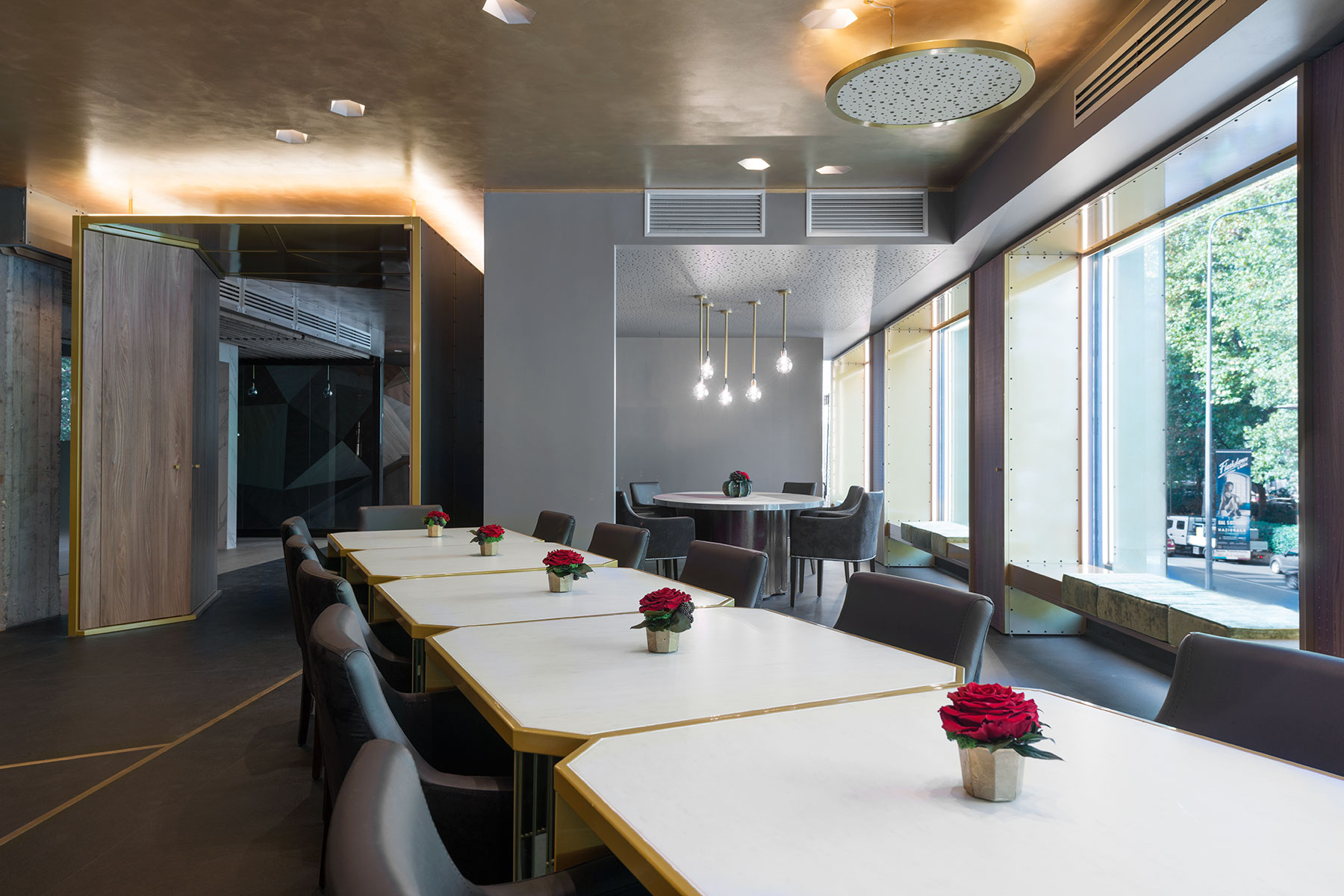 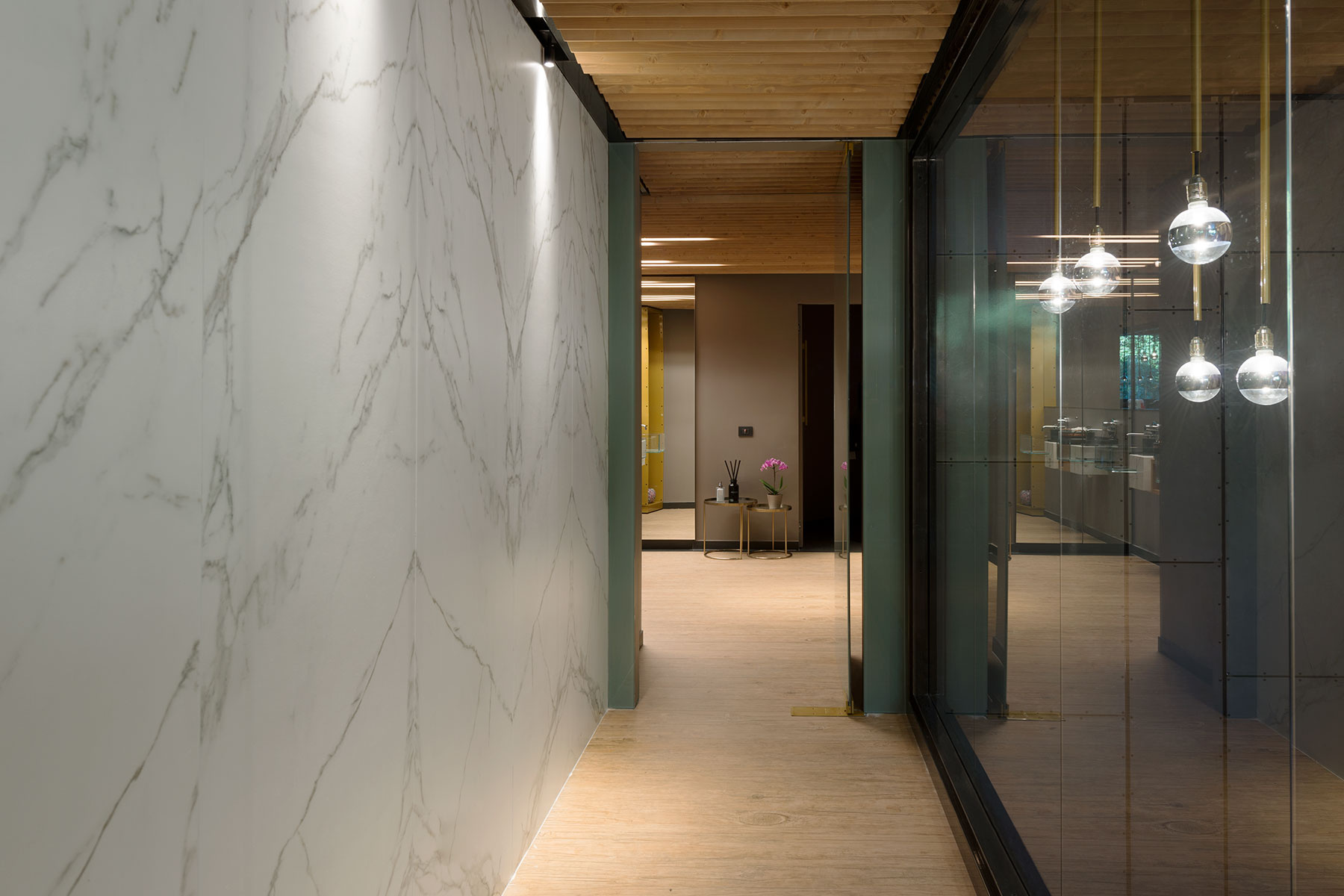 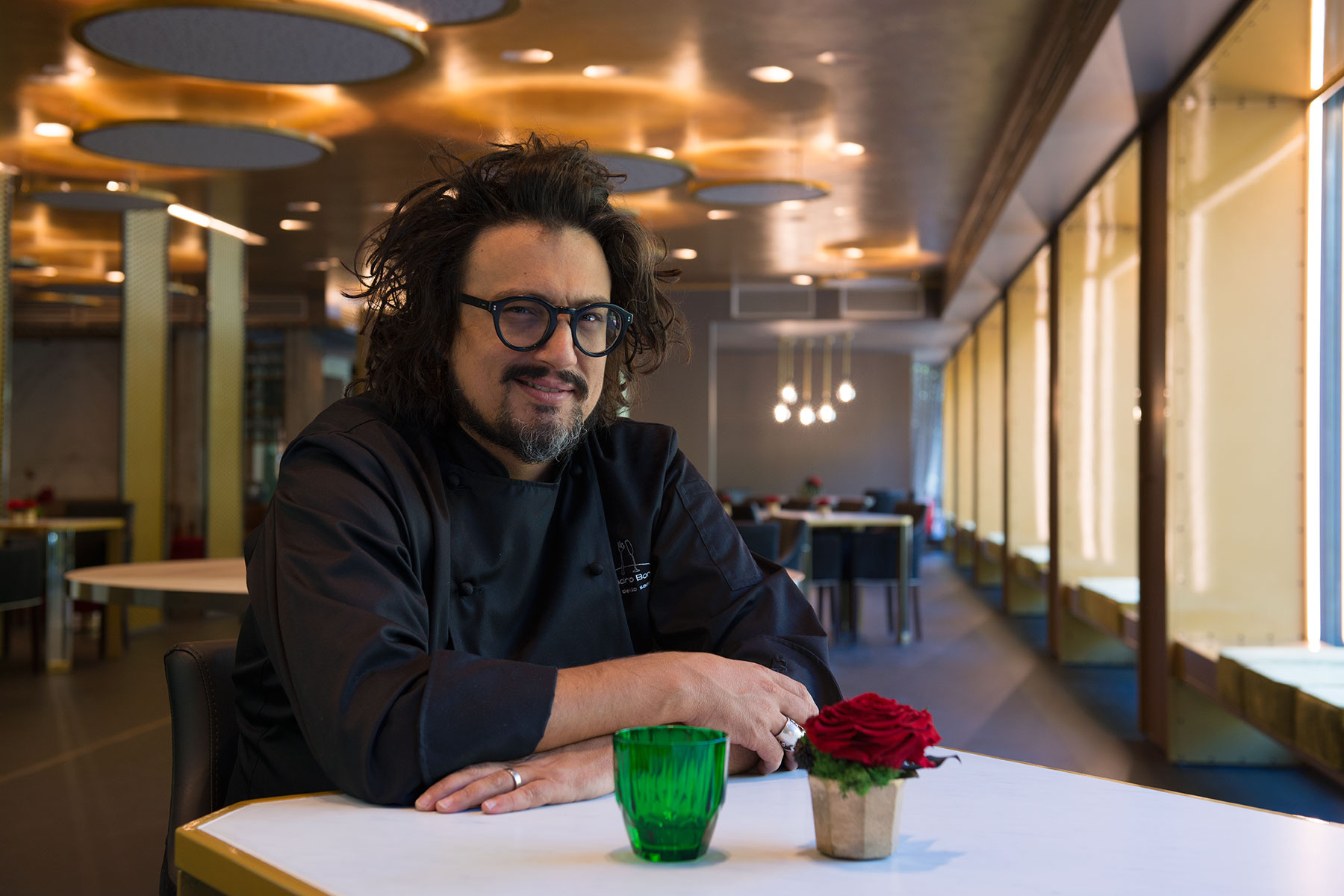 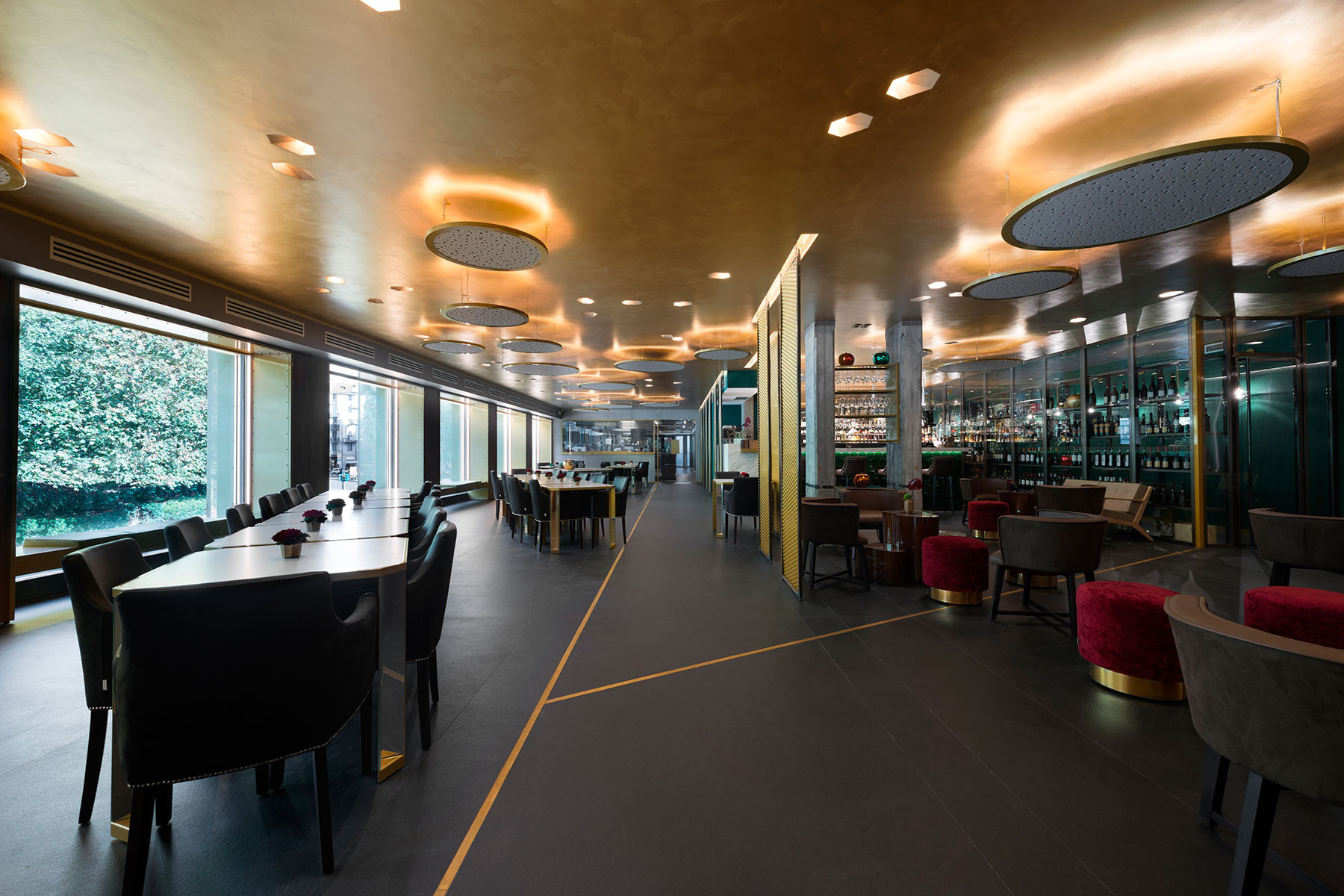 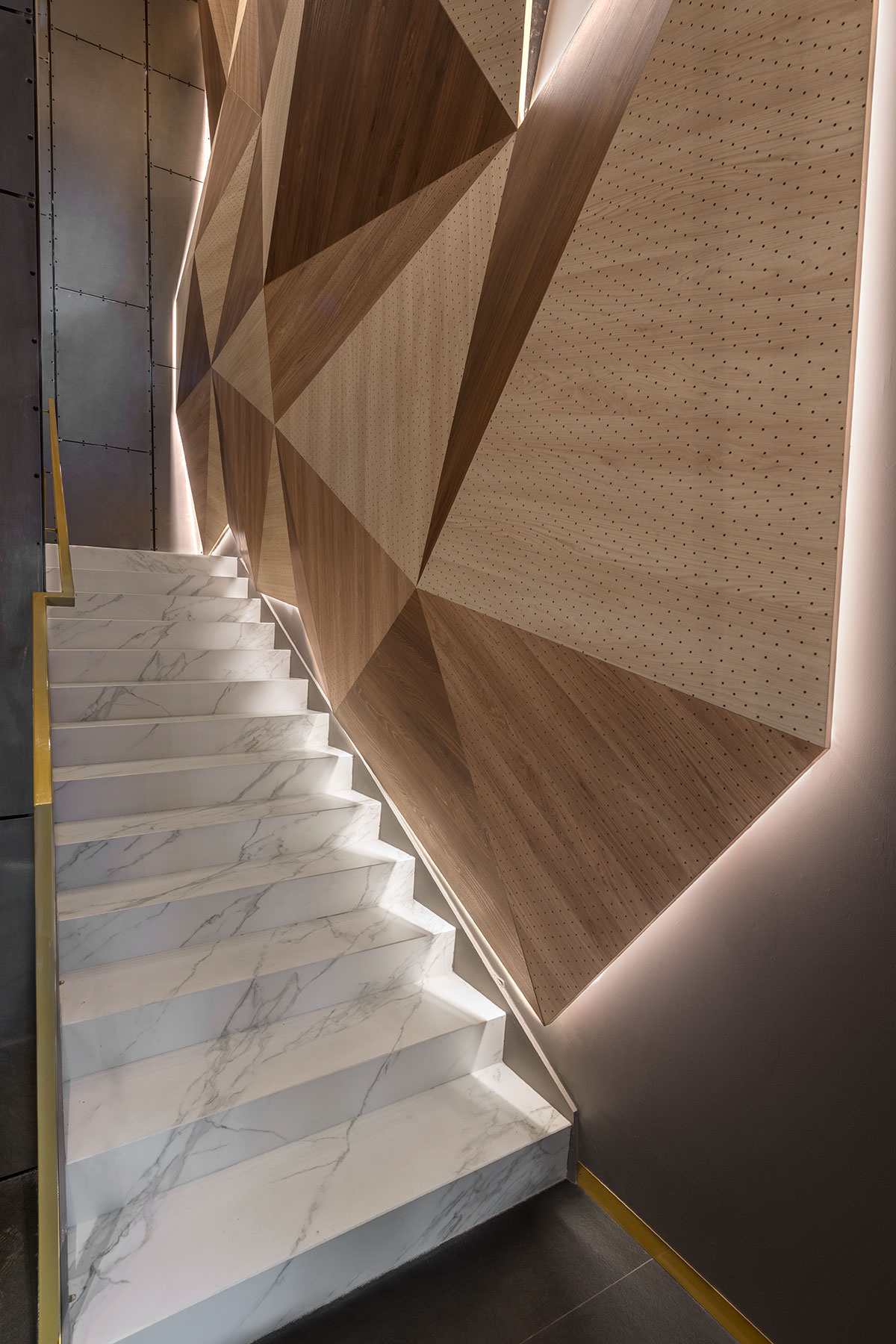 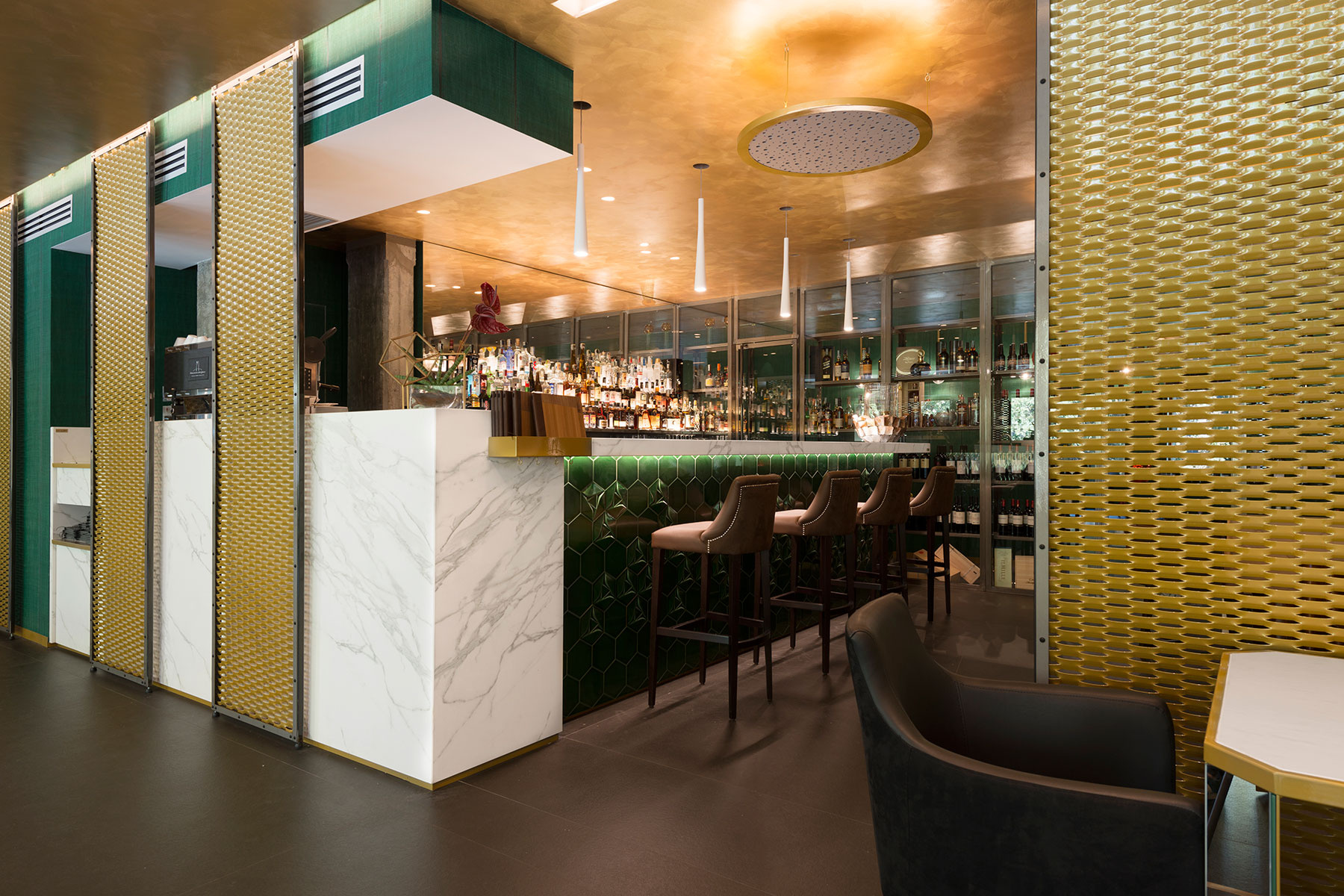 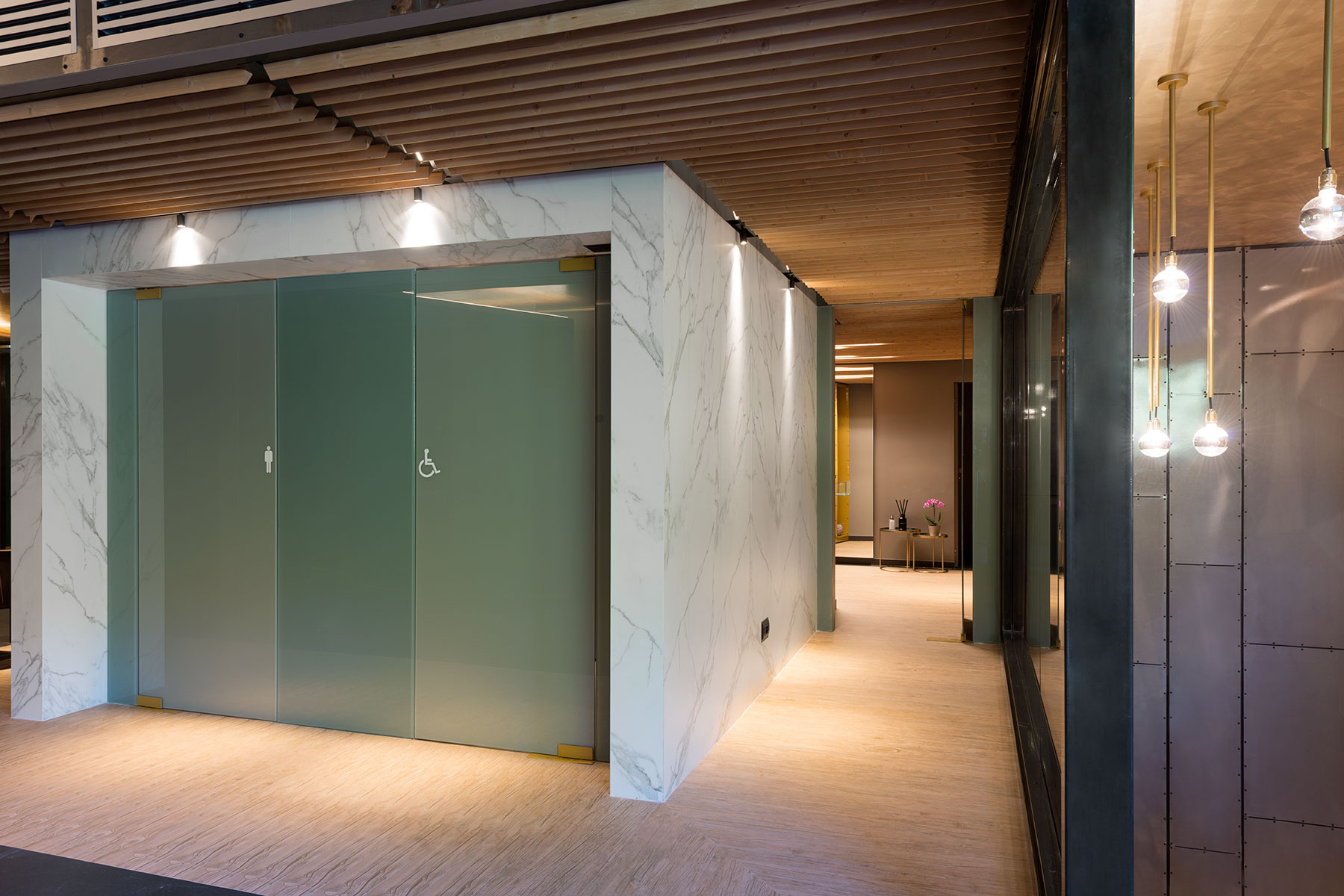 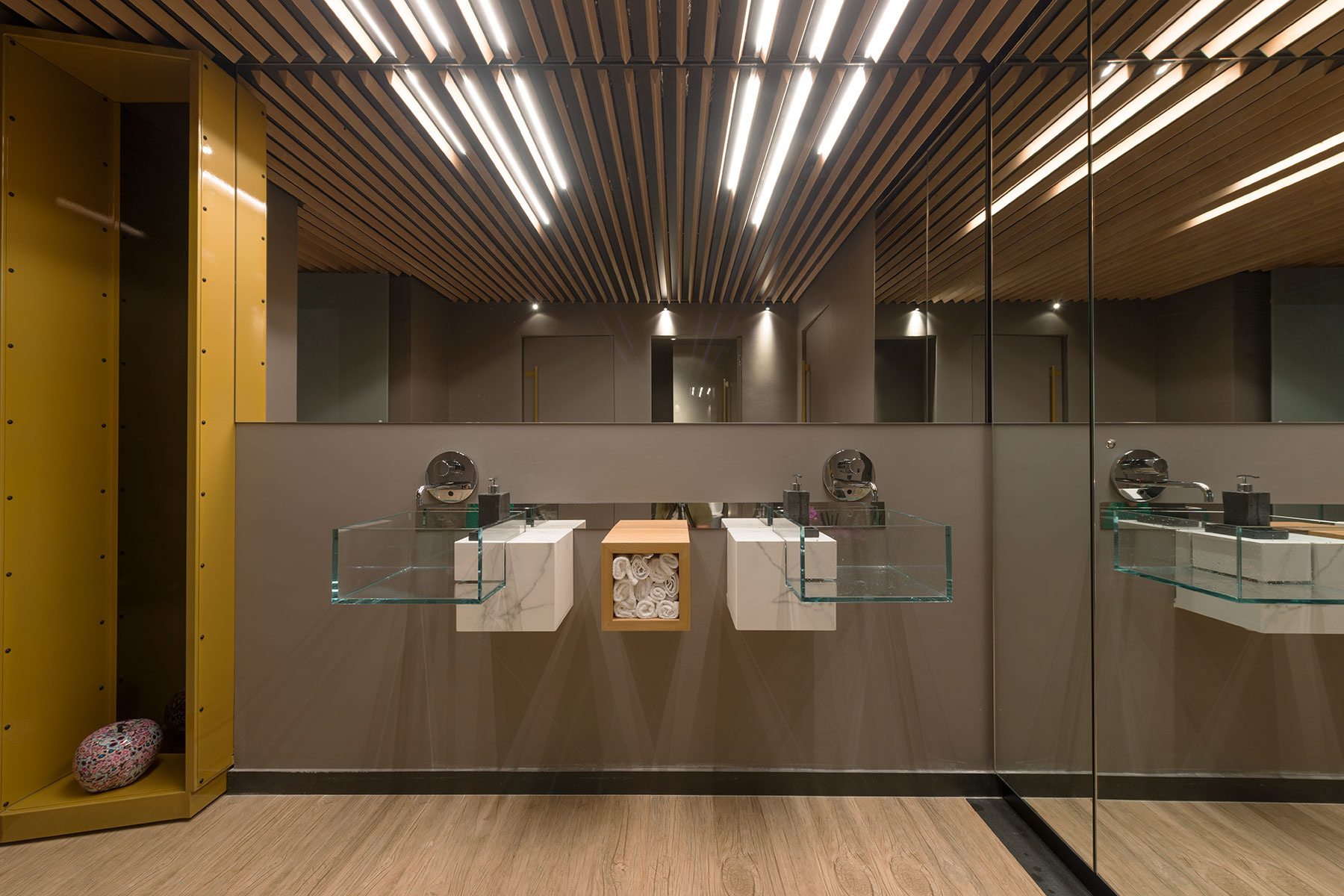 The mix of tones and contrasts that was chosen for the interior of the restaurant, which evokes the atmosphere of the golden age of luxury ocean liners, includes woods (with the Neolith La Bohème model), marbles (with the Neolith Blanco Carrara), metals (Neolith Iron Corten) and granites (Neolith Nero Zimbabwe). In addition, the Neolith Calacatta Silk model has been used in bar countertops, a finish that has become a recurring choice for professional chefs. In fact, Borghese emphasizes the freedom of being able to show his culinary inventions directly on the surface by comparing it with the craftsmanship of an artist. “If I were a painter, Neolith would be my canvas,” he sums up. In addition to using it on large surfaces, such as walls, floors, countertops and ceilings, the restaurant also uses smaller pieces of Neolith made to measure as dishes for tapas. The small plates are a real success among the guests of Ilusso della semplicità. Borghese aims to make his restaurant embody the image of the cosmopolitan metropolis of Milan. Something he tries to achieve through his daring dishes and in which Neolith surfaces have become his best ally.