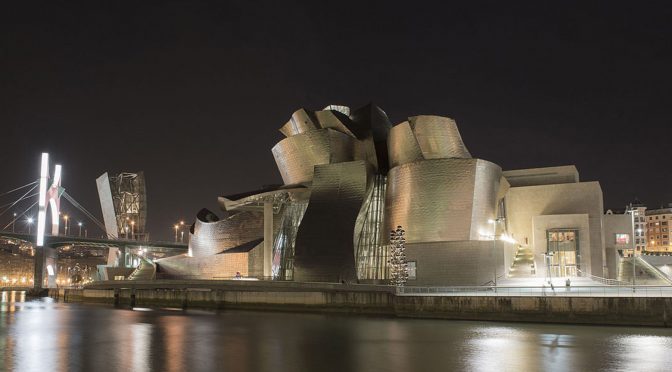 Something happens in BILBAO. They call it ‘the city of a thousand faces’. It is also the one of the thousand possibilities. We love Bilbao and something big is happening in it … Marching a batch of new openings that shows it. 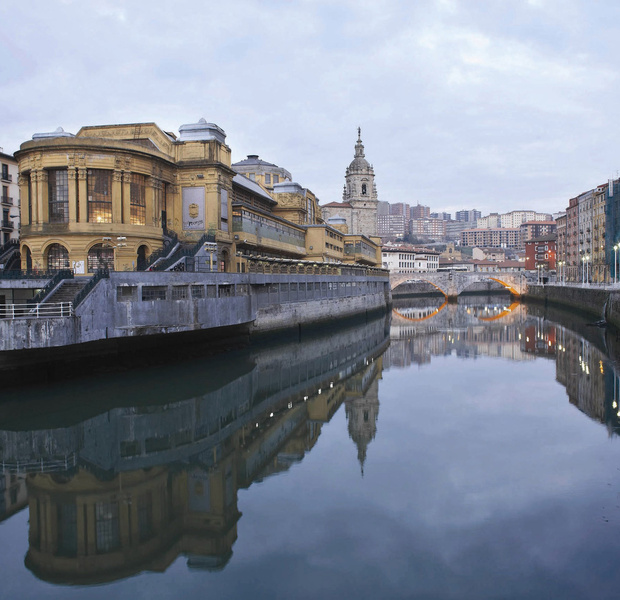 And we’re not talking about a supernatural phenomenon or Cameron Diaz’s latest romantic comedy. The Biscayan capital is a full-fledged revolution that is conquering Bilbao and visitors like never before.

If it is 20 years ago (yes, in 2017 are anniversary) that the construction of the Guggenheim laid the foundations for the resurgence of a Bilbao away from its old gray and industrial image, now it’s the turn to go one step further. Not only does it figure in the top 10 of Spanish cities, but also the way of life of its people – so open and cosmopolitan – has become a benchmark of modernity, cultural activity and quality of life.

Shops, (many) restaurants, hostels and even new neighborhoods are constantly emerging among its streets to turn Bilbao into a city with nothing to envy any European capital. Something is happening, we warn you in time, in the city of a thousand faces. The (still) better times are coming:

1. Guggenheim Museum: For 20 years he has settled in Bilbao and there is no doubt that it was the beginning of change. This year is celebrating, and it shows with such great events as its already emblematic ‘Art After Dark’, nocturnal visits to the shows to the rhythm of the best DJs on a Friday of every month. Now, in addition to his permanent exhibition, Georg Baselitz, Bill Viola and Ken Jacobs. His motto to celebrate his 20th anniversary: “Art changes everything” … in Bilbao they know it well. Abandoibarra Etorb., 2, 48009 Bilbo, Bizkaia. 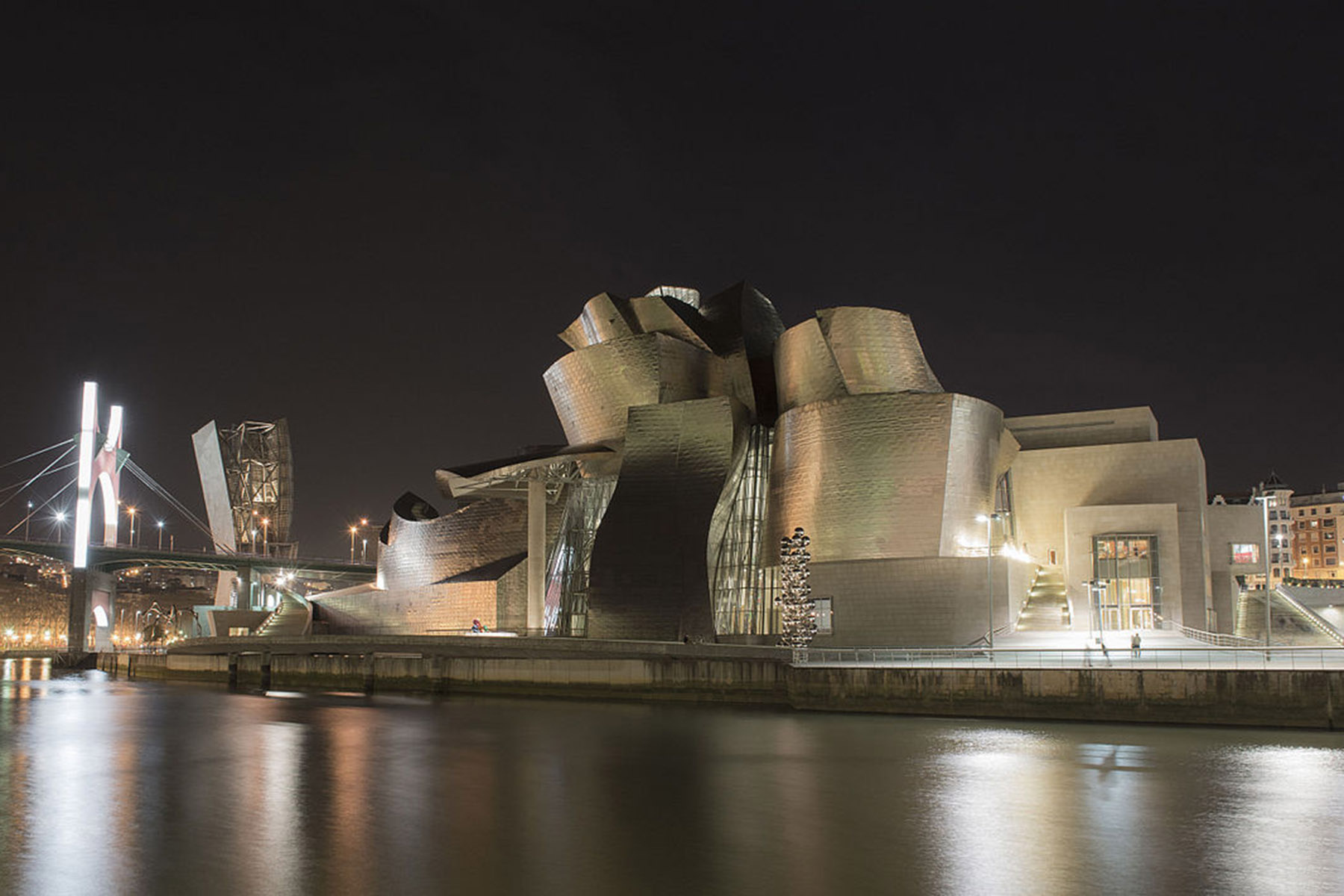 2. Happy River: This year opened its doors the most exotic restaurant. With spectacular views of the estuary, colorful and festive decoration and an endless array of tropical plants, the atmosphere is most picturesque. Also, lovely deco and delicious menu … one more proof of how well Bilbao is changing. Mesedeetako Kaia, 4, 48003 Bilbo, Bizkaia. 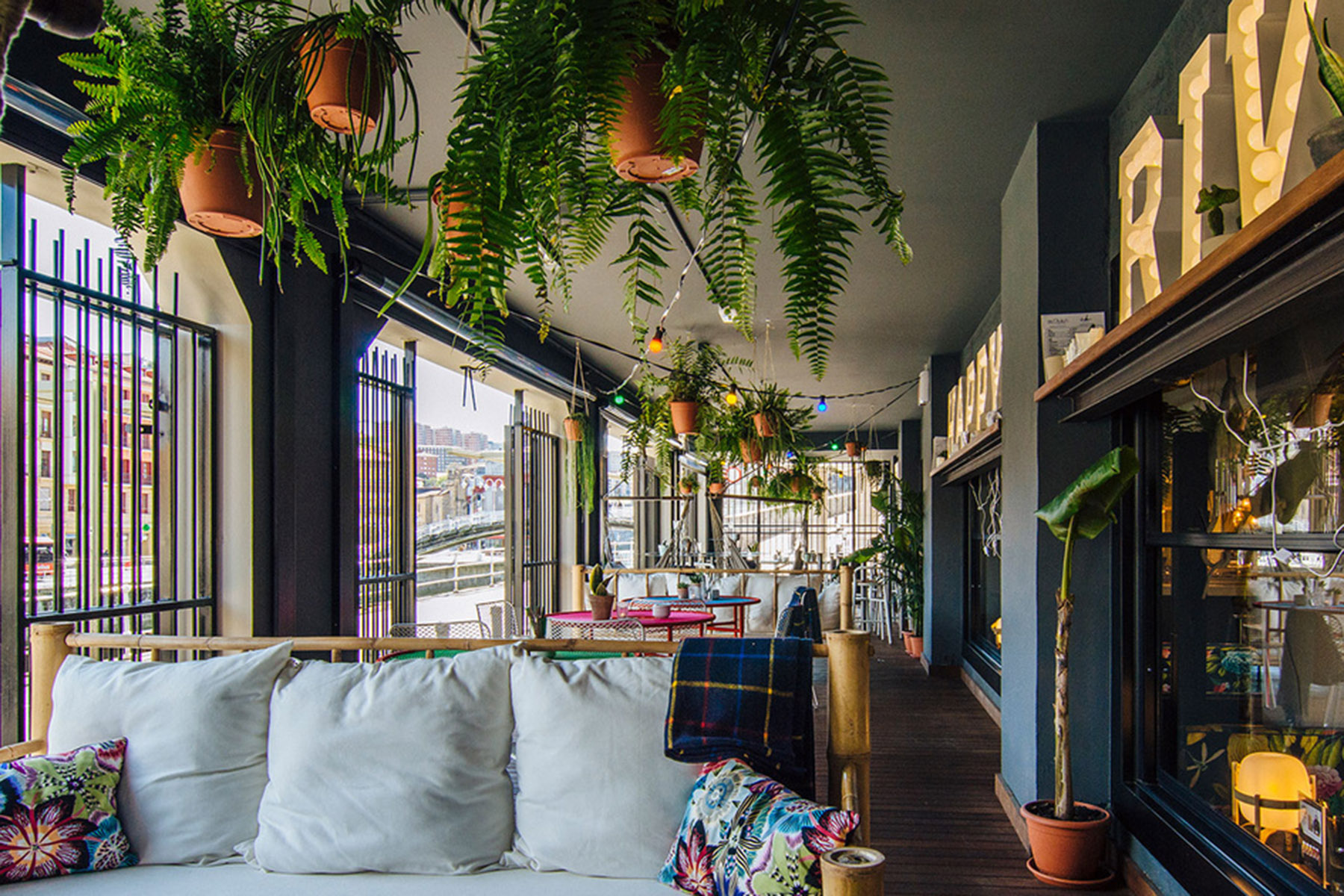 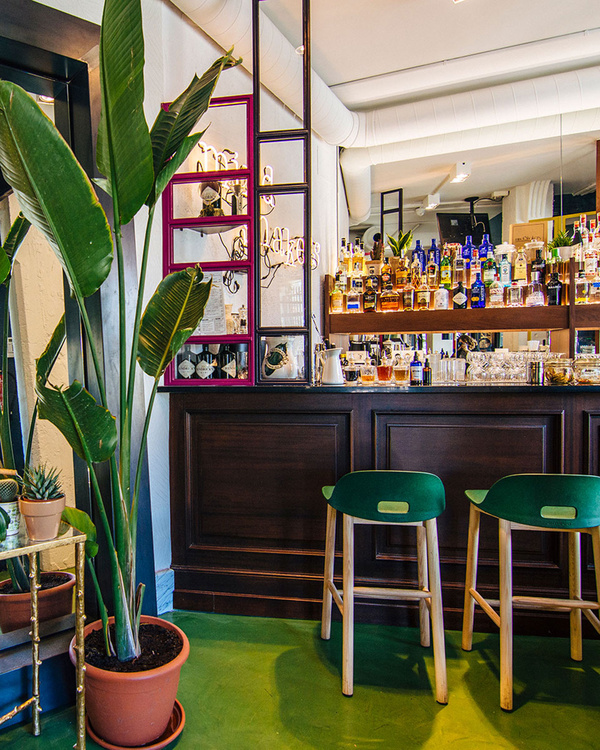 3. Zorrotzaurre: It is the last project put in place to contribute to the urban regeneration that continues taking place in Bilbao. A space that had been degraded becomes a new neighborhood connected with the rest of the city as if it were an island. For a few years they have called it ‘the creative island’, because artistic and cultural activities have been growing there … it now promises to be an island to live, work and enjoy the most modern district of the city. 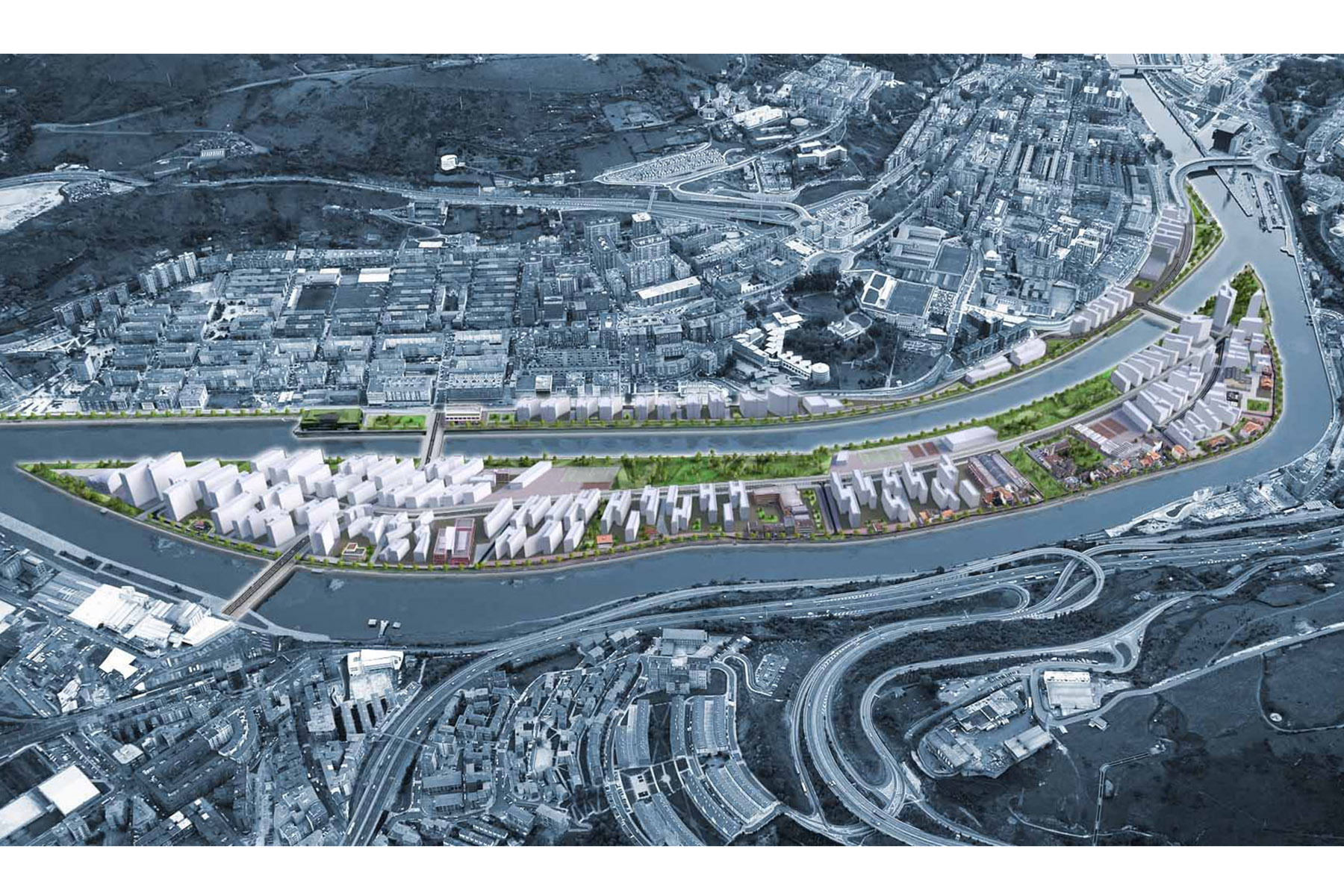 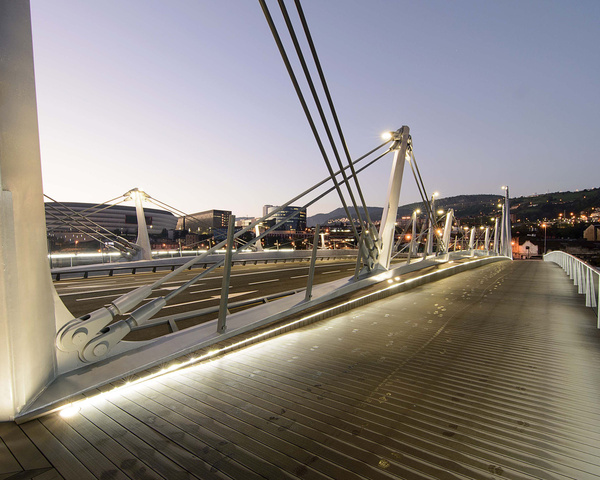 4. Magnum: Its red facade and its lamps of brass and crystal augur everything good things. And so corroborate it when you go inside and you revel in the work of Estudio Lavela (they are the architects of this space). Magnum is a small tavern in one of the most authentic streets of the city and is inspired by the old taverns of the last century. The porrones of wine, the sausages and well-shot reeds are his mark of identity. Astarloa Kalea, 5 (Entrance by Ledesma), 48001 Bilbo, Bizkaia. 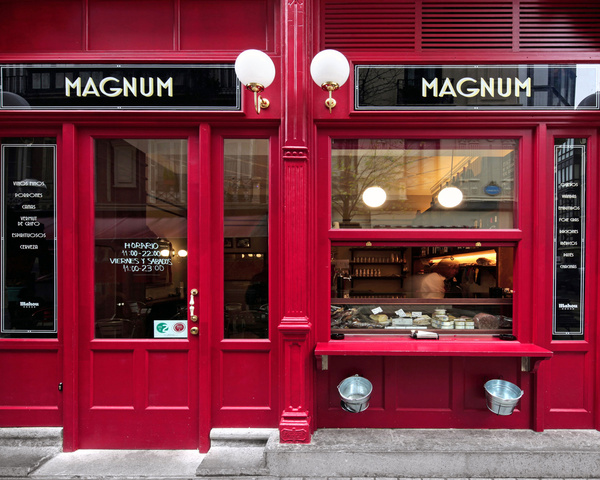 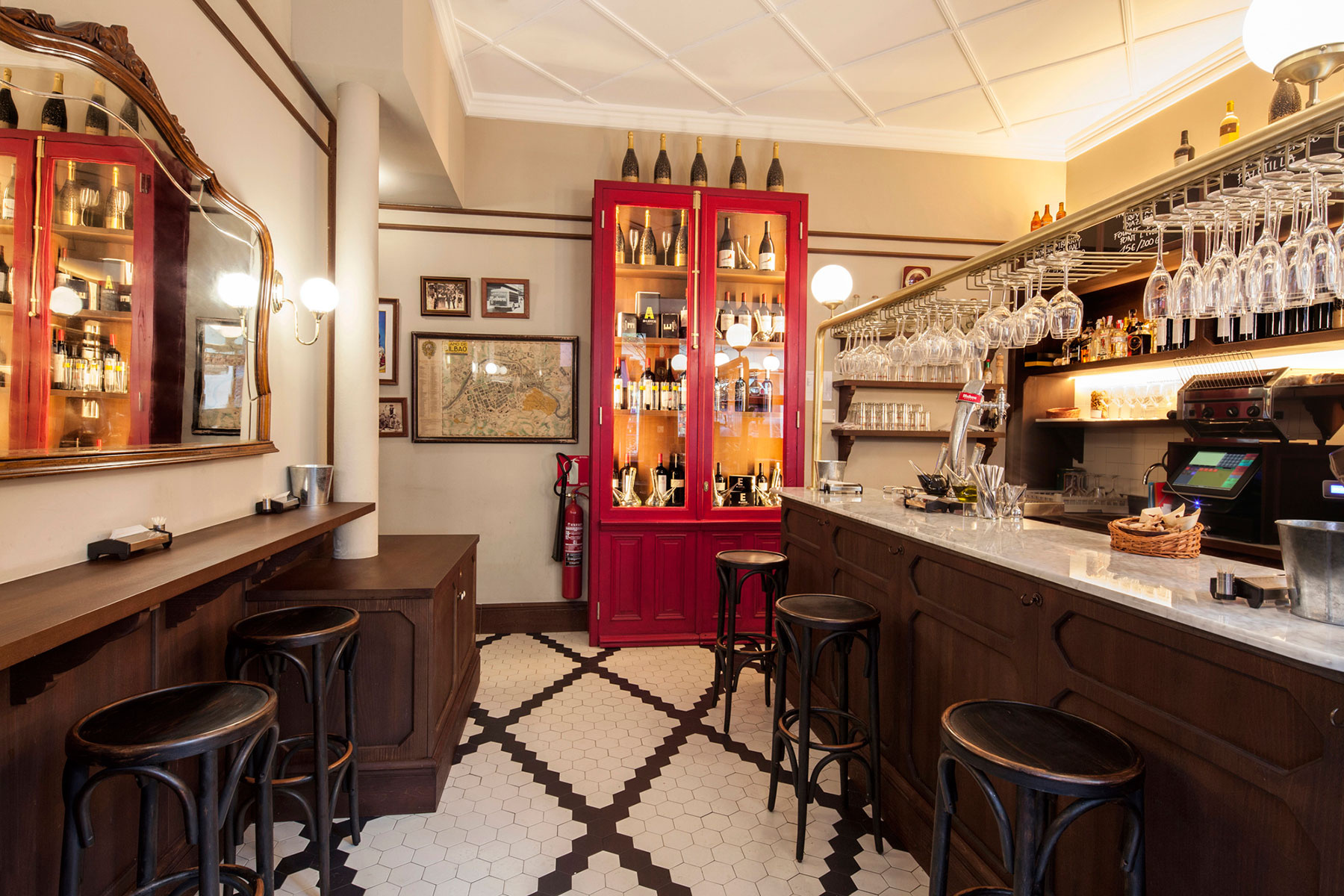 6. Atelier Etxanobe and the Pantry of the Ensanche: In the Euskalduna Palace, the restaurant Etxanobe is opened every day for 18 years, directed by chef Fernando Canales. But this year they have news: they move to the heart of Bilbao next February to open two projects with Mikel Population. The first, Atelier Etxanobe, exclusive and very gastronomic; the second, The Pantry of the Ensanche, based on the kitchen of product and more affordable. Yes, the waiting list is open … 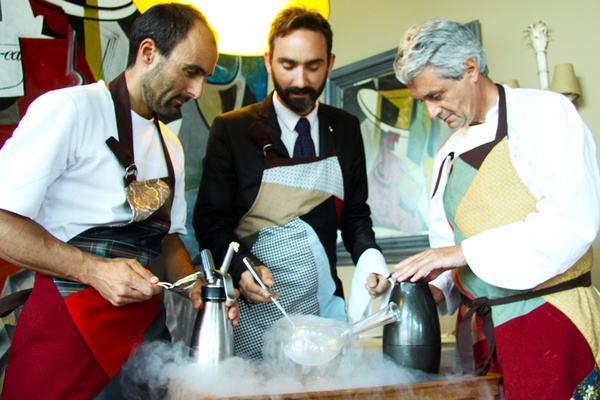 9. Kenay Home: After a month of pop-up last year, Kenay Home discovered that Bilbao was one of those cities that wanted good deco. So they decided to become a must see between the streets of the city. They searched for a super special place and set up an exhibition as only they know how to do it. There everything is perfect, fresh and cozy. Iparraguirre Kalea, 26, 48009 Bilbo, Bizkaia. 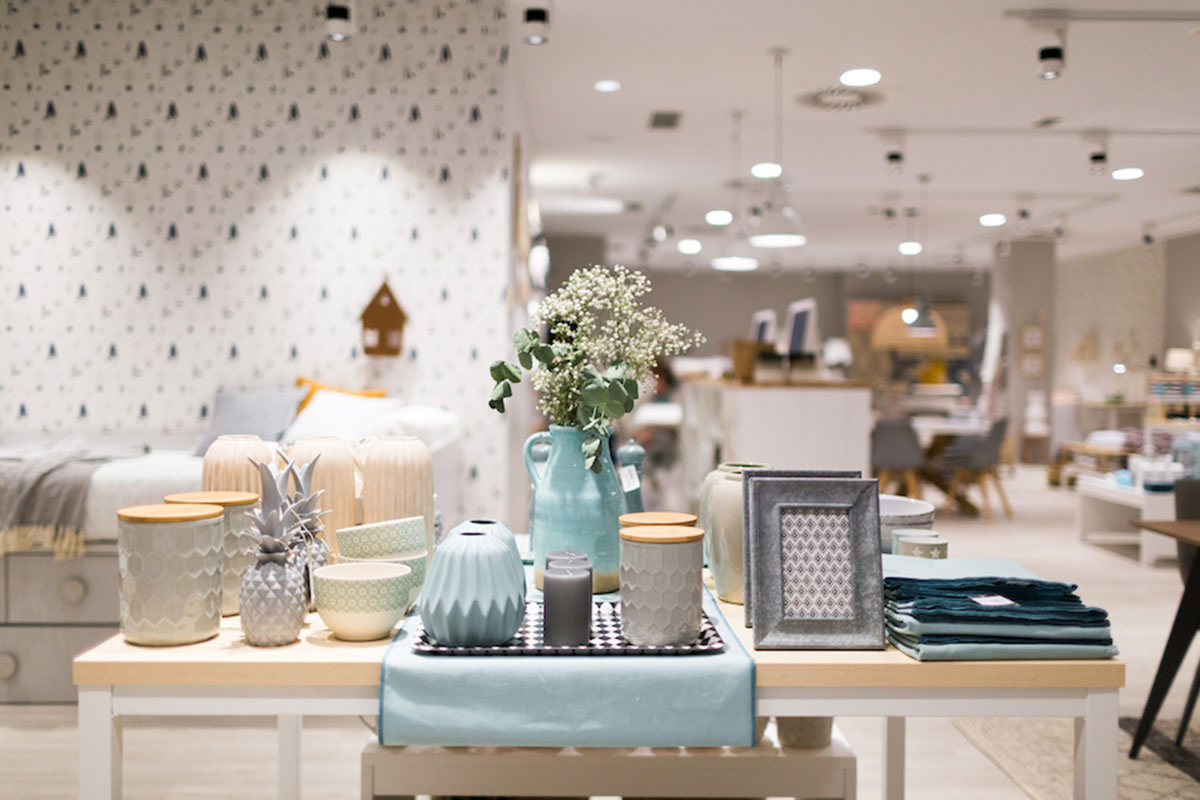 7. BCool Hostel: The chain Bcool has just been born … and its first opening has taken place in Bilbao (does this say or say much about the revolution we were talking about?). In this hostel you will find both the modernity and the design that is expected, as well as the practicality of a lodging of its style. In addition to tourists, it is increasingly visited by the people of Bilbao, who have welcomed with pleasure their foodie corner and their live music evenings. Hernani Kalea, 19, 48003 Bilbo, Bizkaia. 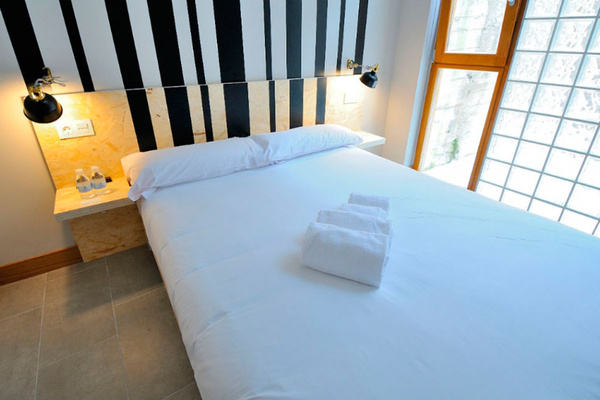 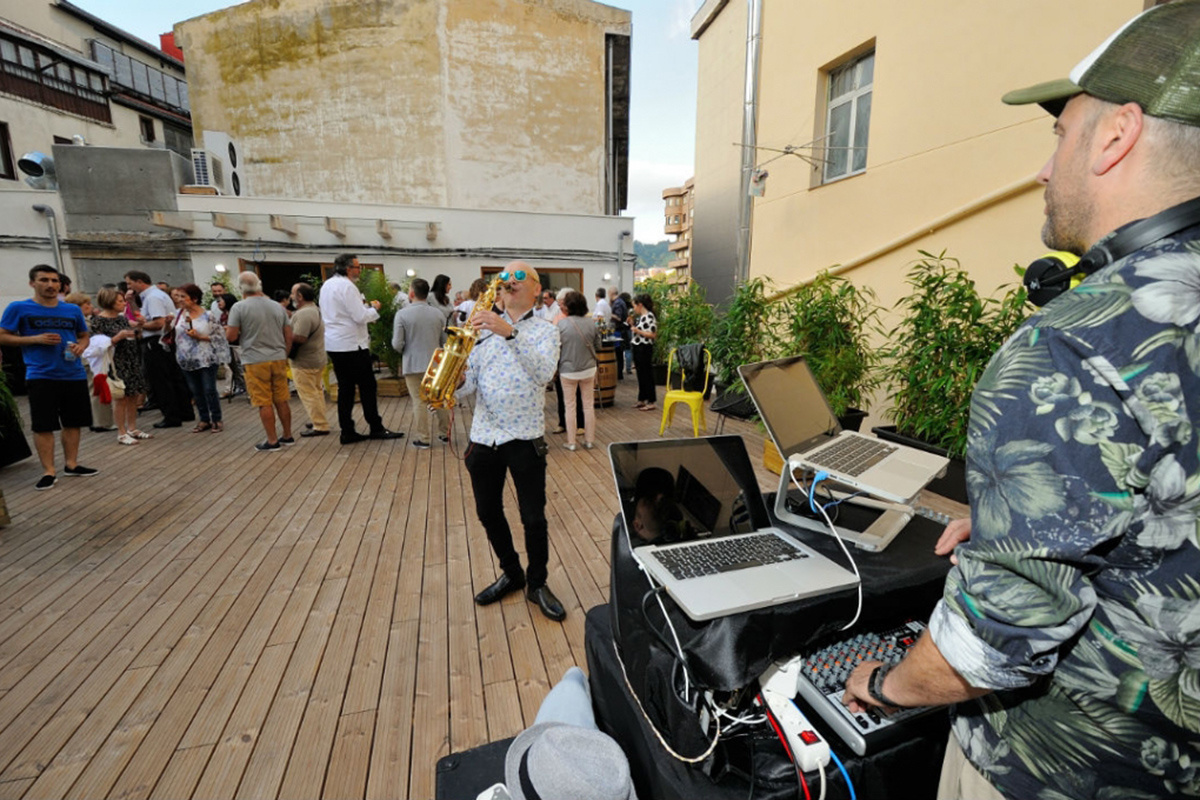 8. The Sidewalk: Few places can be predicted as well with their own name as this … It is what you see, small and flirty, and specialized in preserves (canned, of course). It is also a Lavela project and has everything we asked for in a little corner of the Marzana area: a few tables, neon light, candles … and a canned fish of the kind we like very much in Bilbao. Arechaga Kalea, 3, 48003 Bilbo, Bizkaia. 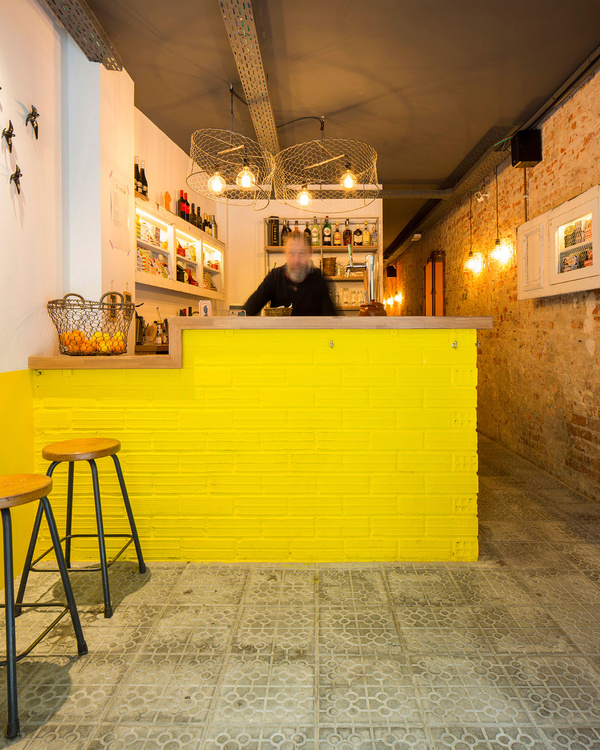 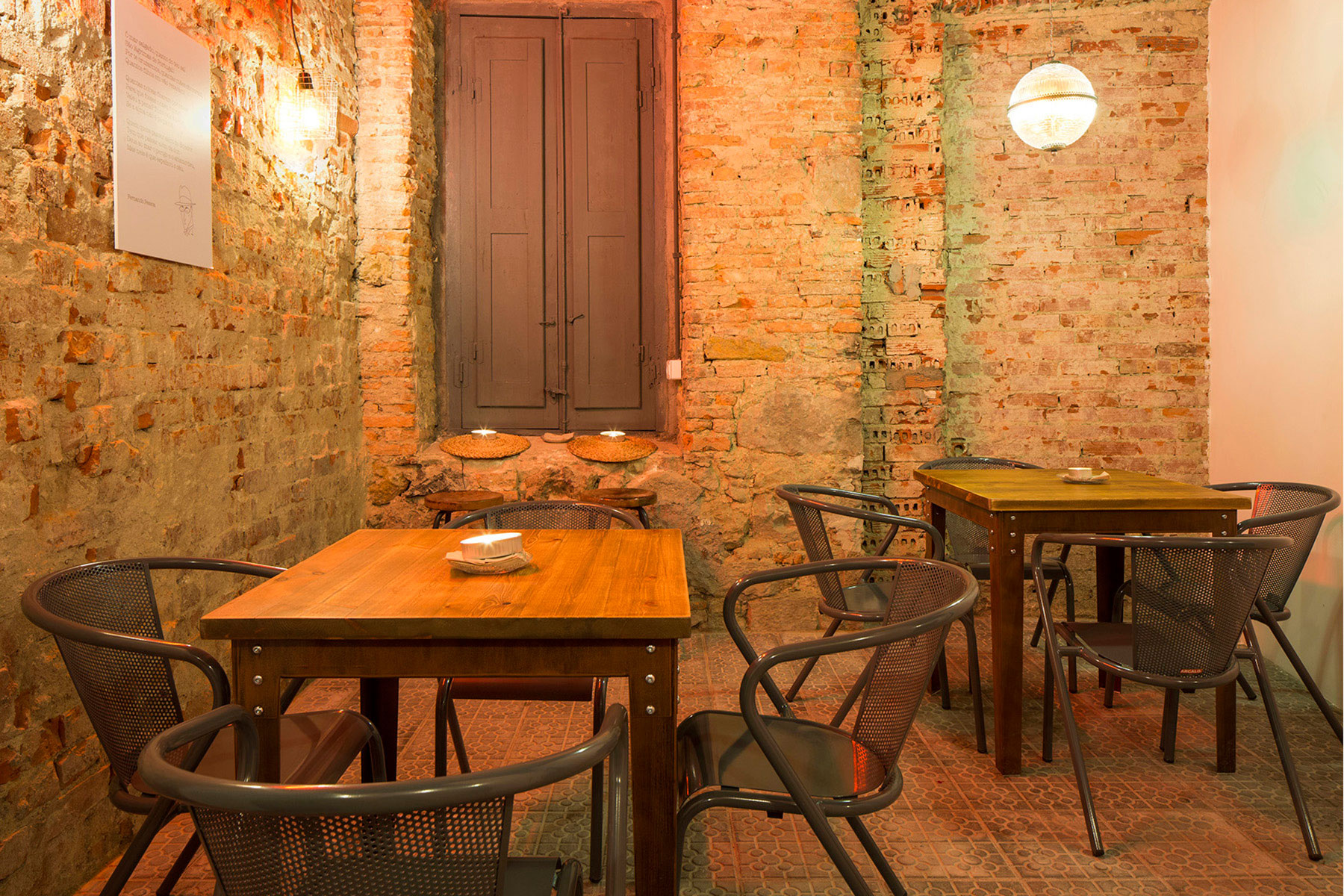 5. Lush Cosmetics: It is one of those brands that has made us addicted: its fresh, natural and handmade products are everything we needed in our bathroom (before Lush came into our lives, of course). And now they are also in the Gran Vía Bilbao (in a local, by the way, the most delicious). The good roll and freshness that characterizes its people, but with more color, more energy and so much rich aromas. Don Diego Lopez Haroko Kale Nagusia, 6, 48001 Bilbo, Bizkaia. 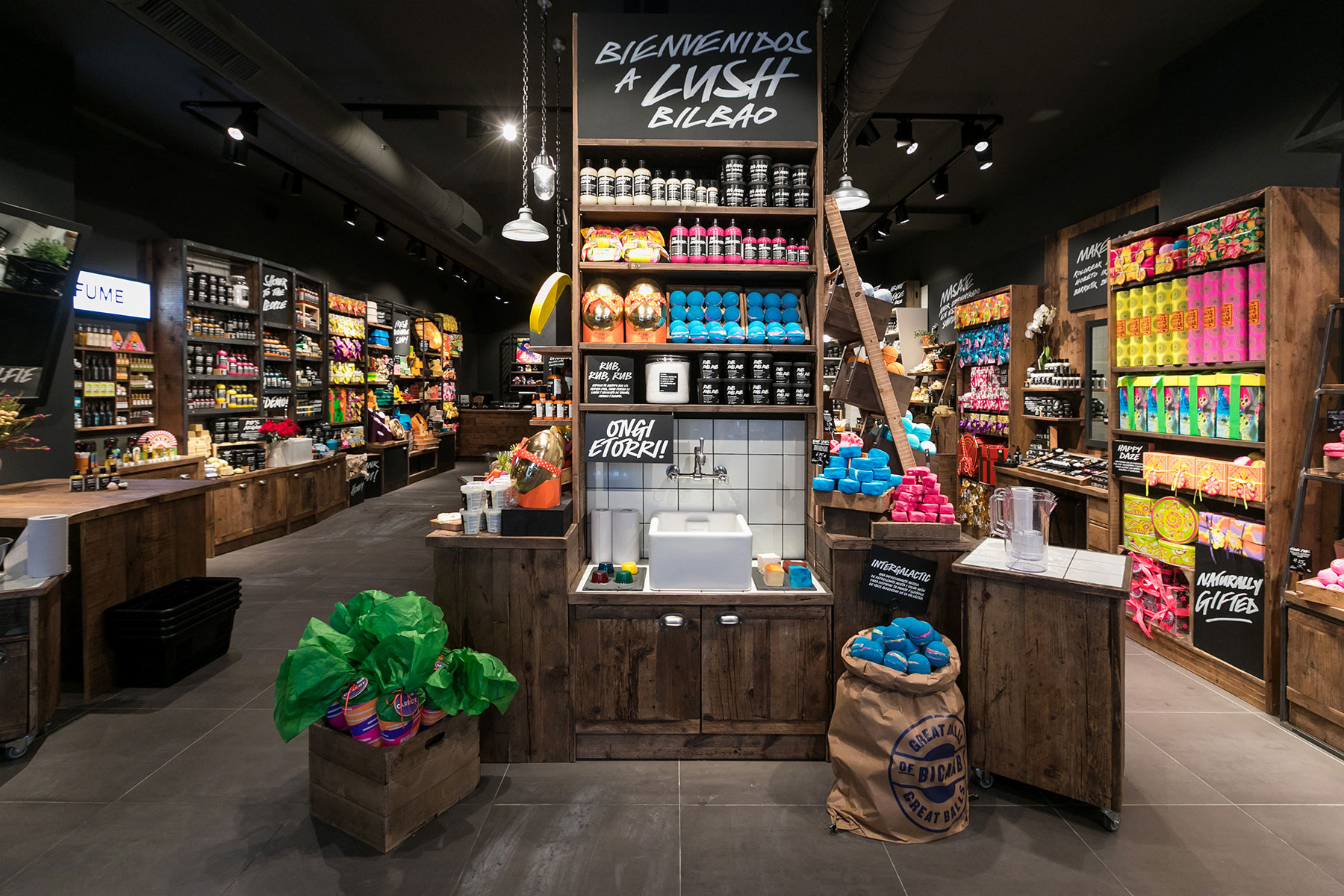 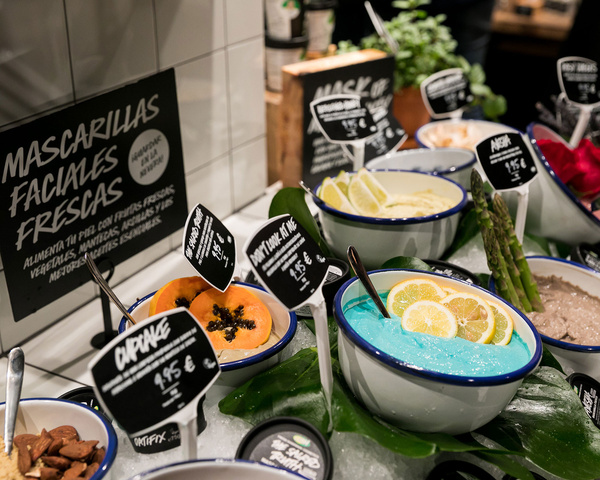 10. Culmen: In Culmen they welcome you with the characteristic bar of the Bilbao bars plagued by pintxos even richer than they seem. It is in the Plaza Nueva (which is a must see) and its service and decoration of Lavela have made it, in a short time, mark the difference between its neighbors in the area. Kale Barria, 14, 48005 Bilbo, Bizkaia. 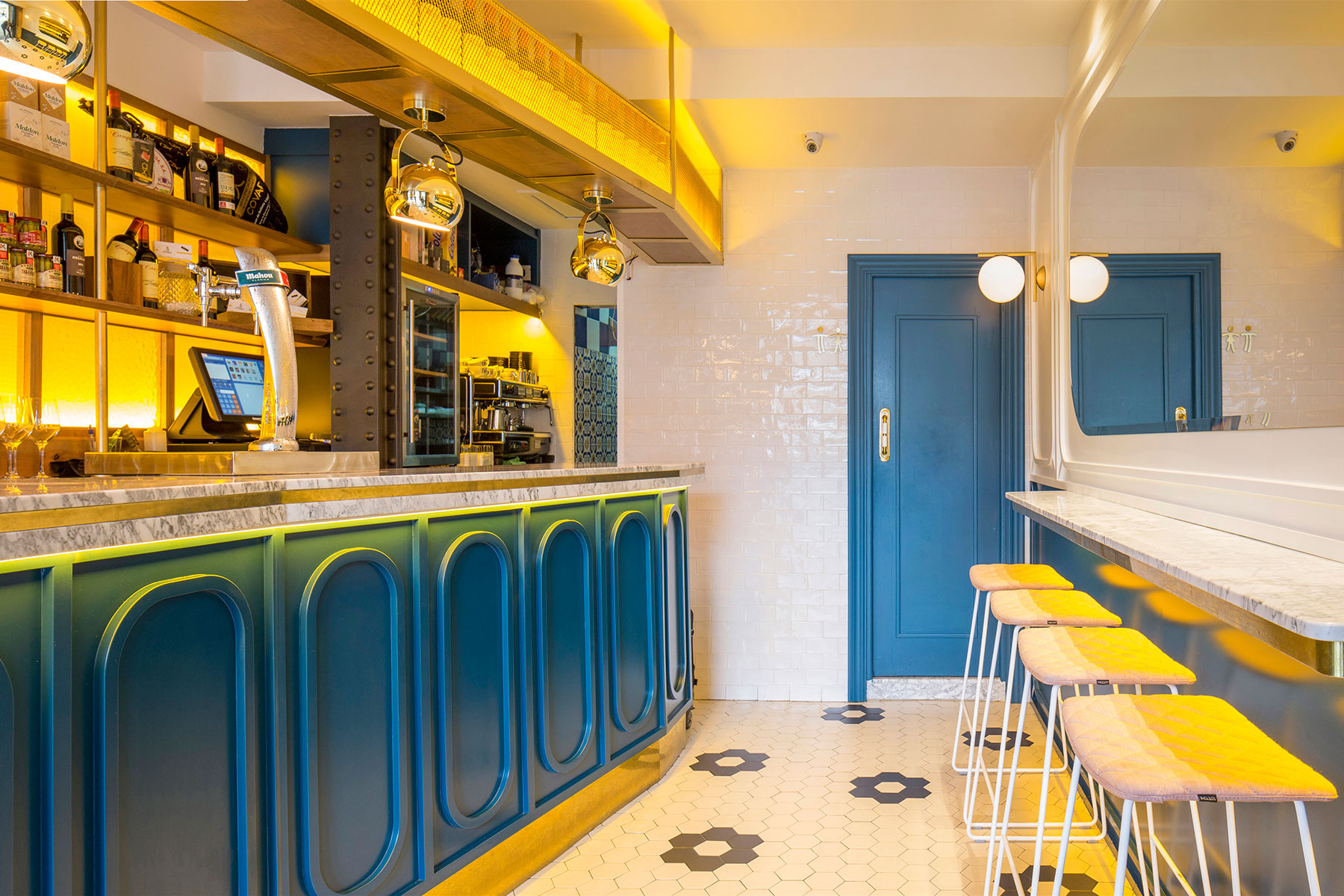 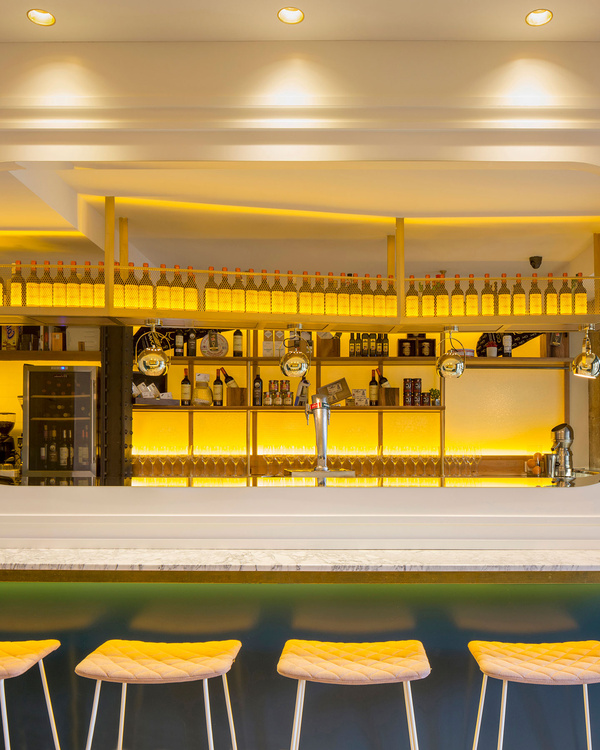