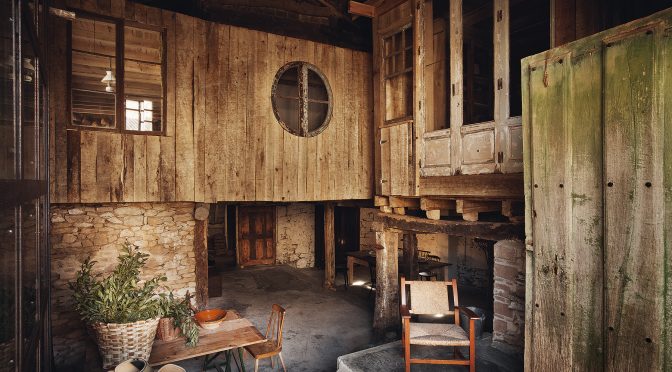 Antiquaries Juan Castro and Juan Sorzo bought a three-storey farm and restored it with elements of the period. There, without a refrigerator or heating, time seems to have stopped. 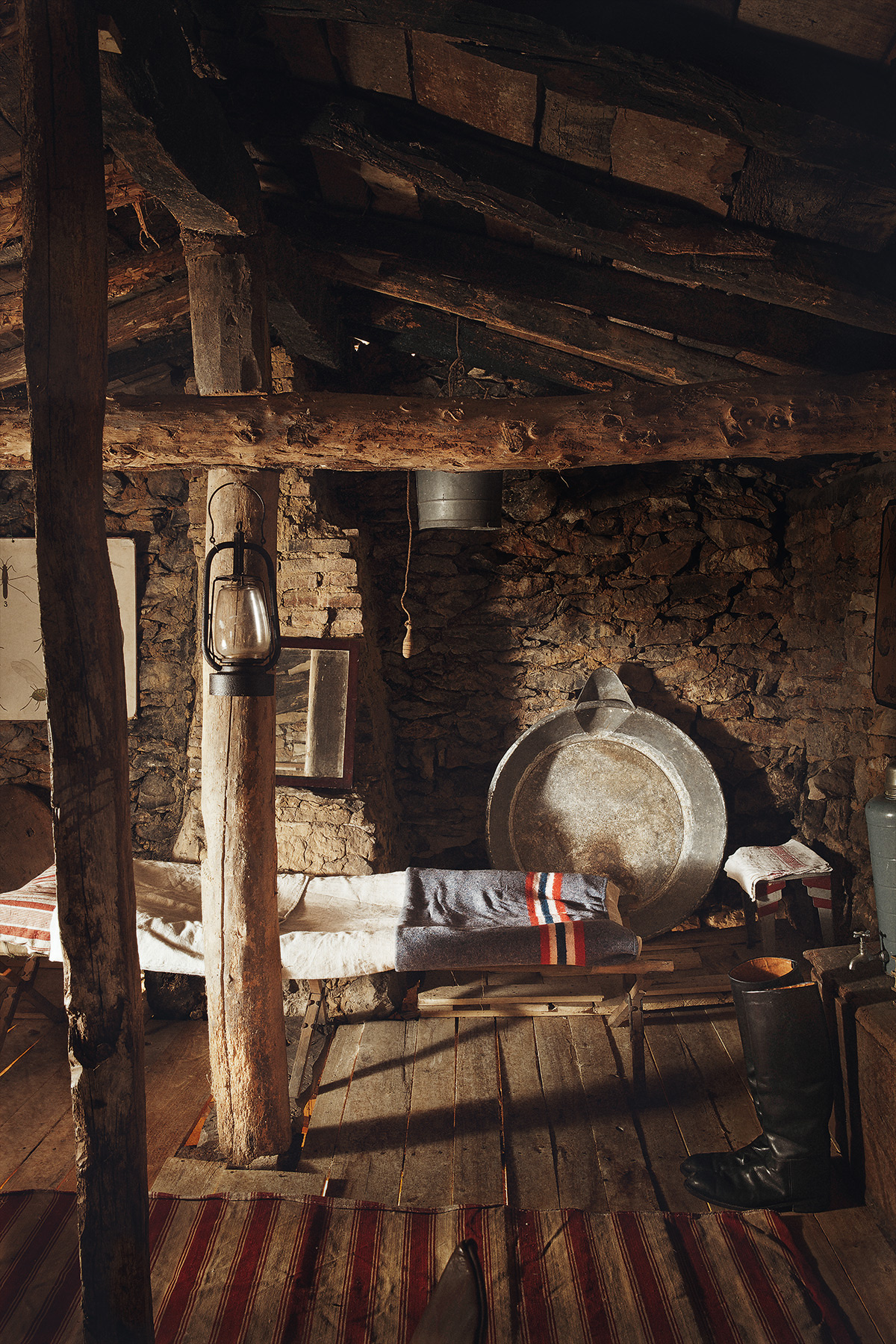 Here the rustic is not a mere decorative choice, it is a way of life. Some rooms lack electricity, and where there are, it is limited to one or two plugs. The only heating is provided by the chimneys, and the pots are also brought in so that the stews go slowly, because there are no stoves in either of the two kitchens. Instead of a fridge there is a fridge, and the bathroom door is locked with a stick.

Juan Castro and Juan Sorzo, on their holidays, practice a total immersion in their beloved past and live as Amish Castilians in their shelter in Linares de Sotocuevas, a hamlet north of Burgos with four houses, a town hall and a medieval church . They had searched La Vera, Teruel, Soria and even Alicante, and when they did not expect it, they found this ad on the Internet: “The house is sold in Las Merindades.” 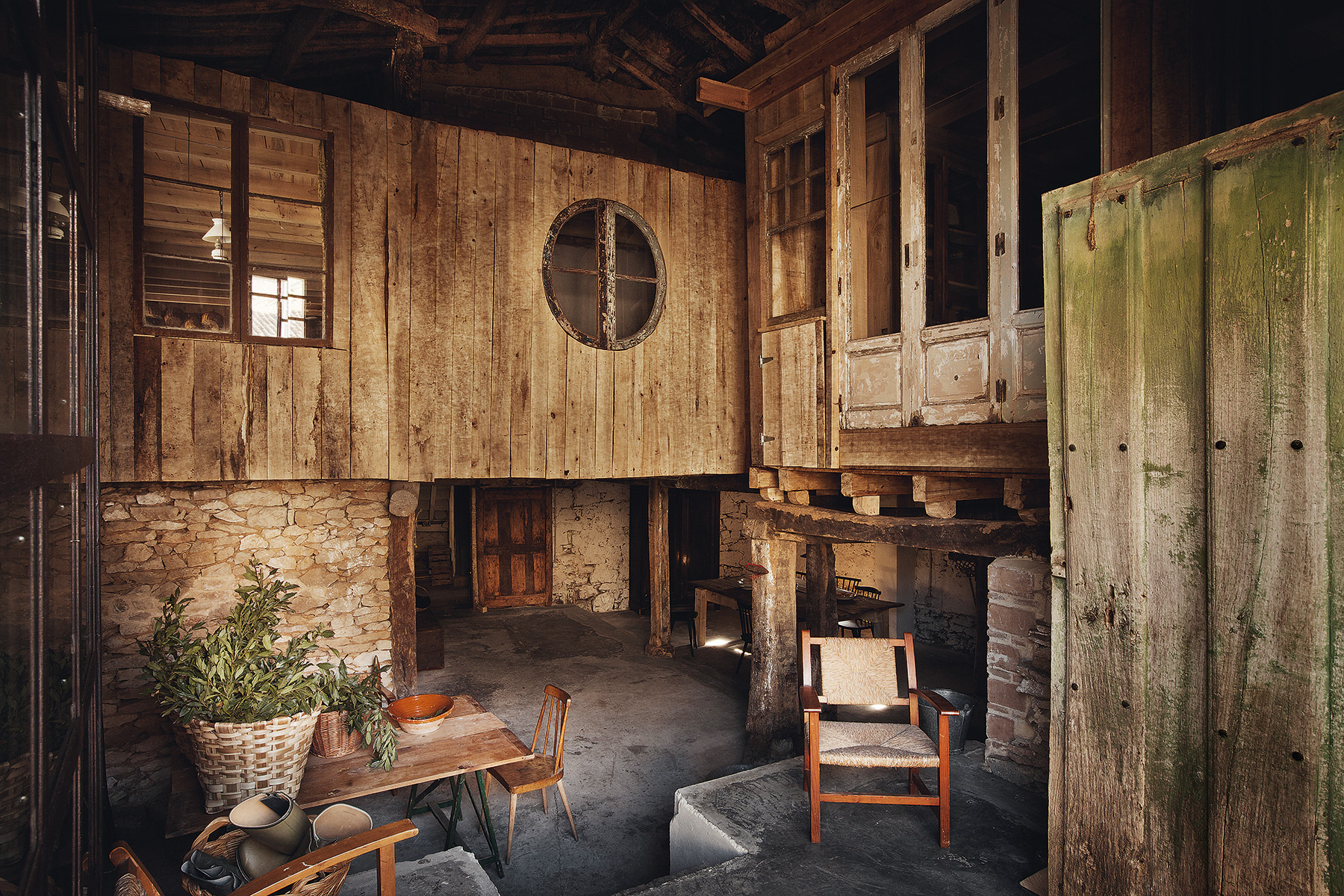 “We did not like it very much, but the place was a paradise. It was a boy from Madrid who had bought it but did not dare to put a hand on it, “recalls Castro. The construction, which was born as a free farm 300 years ago, was imposing: enormous limestone blocks, thick examples of oak and walnut, such as beams, handmade bricks and Roman tiles. At the beginning of the XX was divided between two sisters and then the second floor, the salon was built. They were offered half of the old house with the covered patio and the bunk, 600 m2 in a state of neglect. “I am used to working with wood and saw that the vigueria was impeccable, that the walls, a meter and a half wide, were well and settled firmly in the rock,” continues the antiquarian.

They bought it on Reyes Day a few years ago, and recently they just restored the roof, because to face such a mastodon work they only wanted the help of a local rigger, plumbers and electricians; the rest did so with their own hands. They chopped the plaster from the walls to remove the stone, then stuck the ones from the current kitchen, where the animals were kept, disinfected, closed the hollow of the patio covered with poplar planks, restored the floor of oak tables ten centimeters thick … “We’ve always been a very tight family,” laughs Castro. My mother comes and goes to meet us or once a year, along with the rest of the town, we wash among all the carpets in the fountain and we lay them in the communal meadow. ” 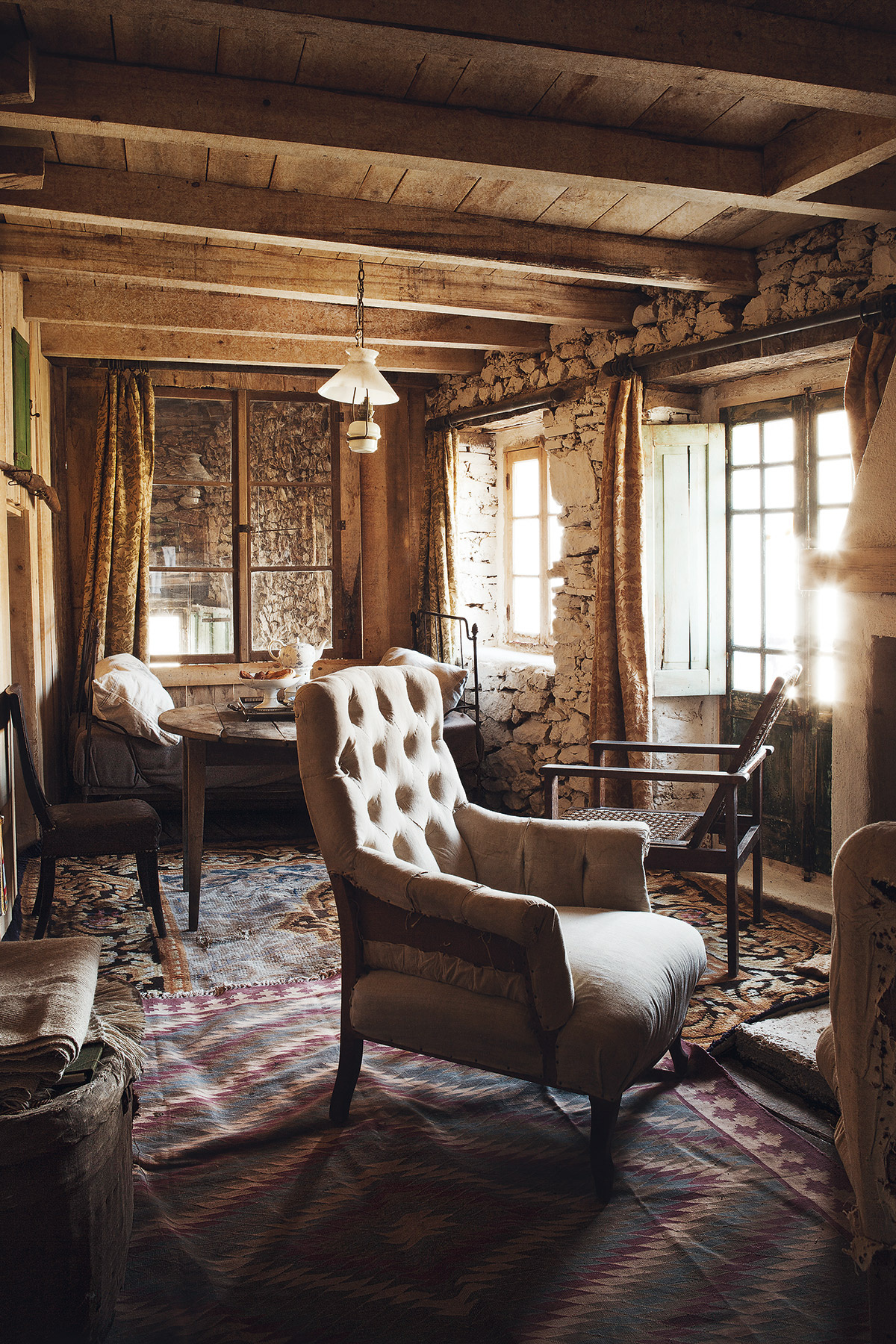 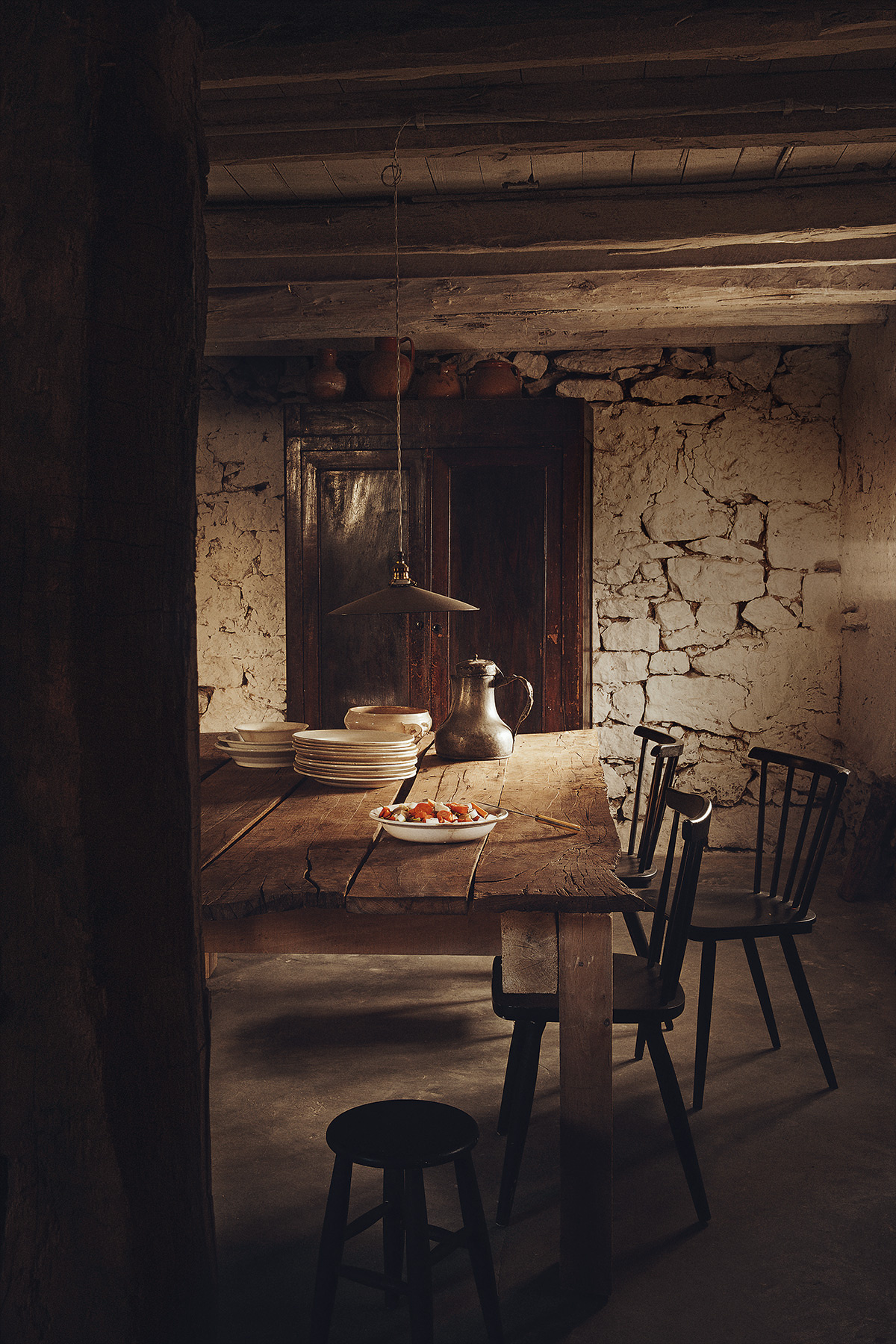 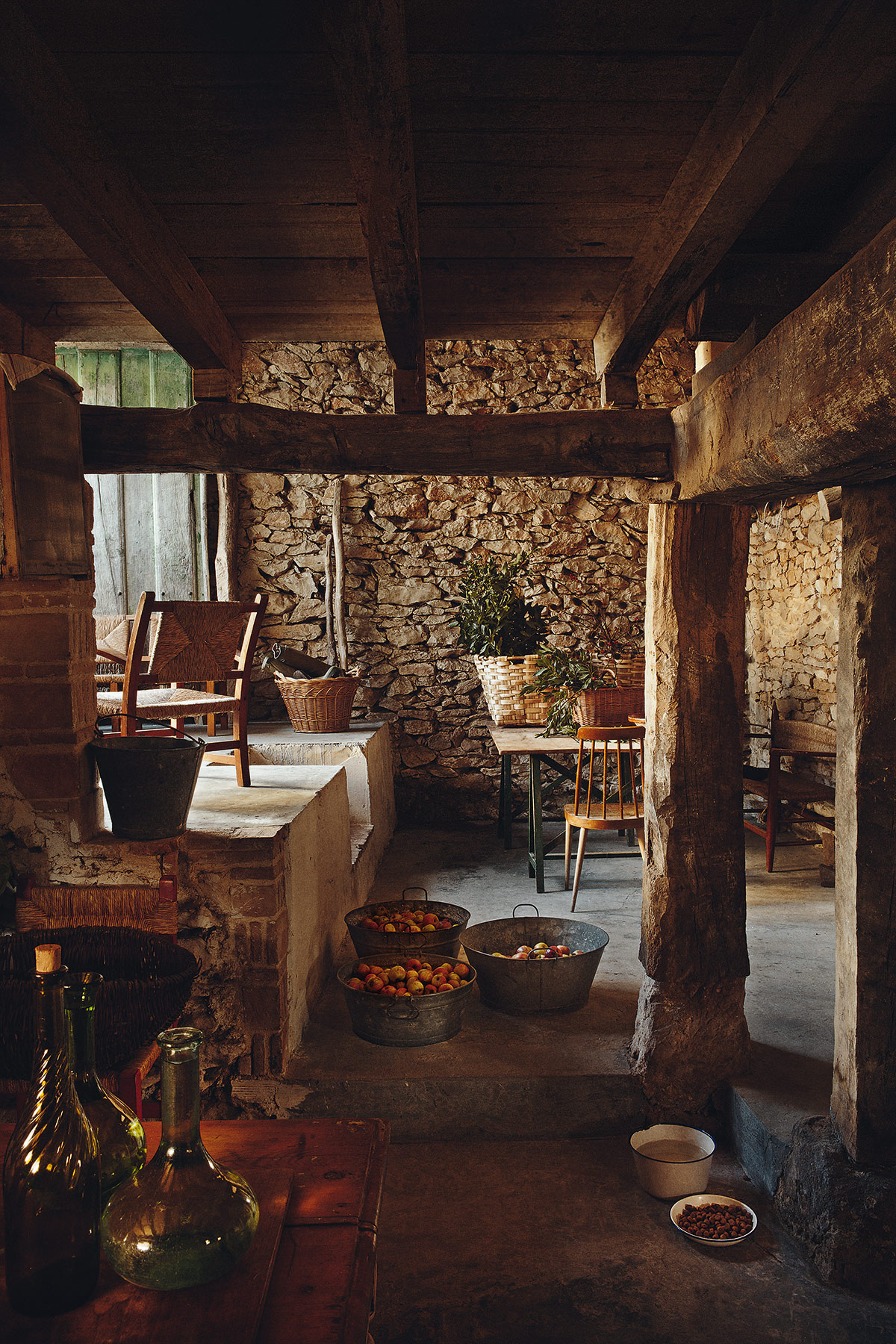 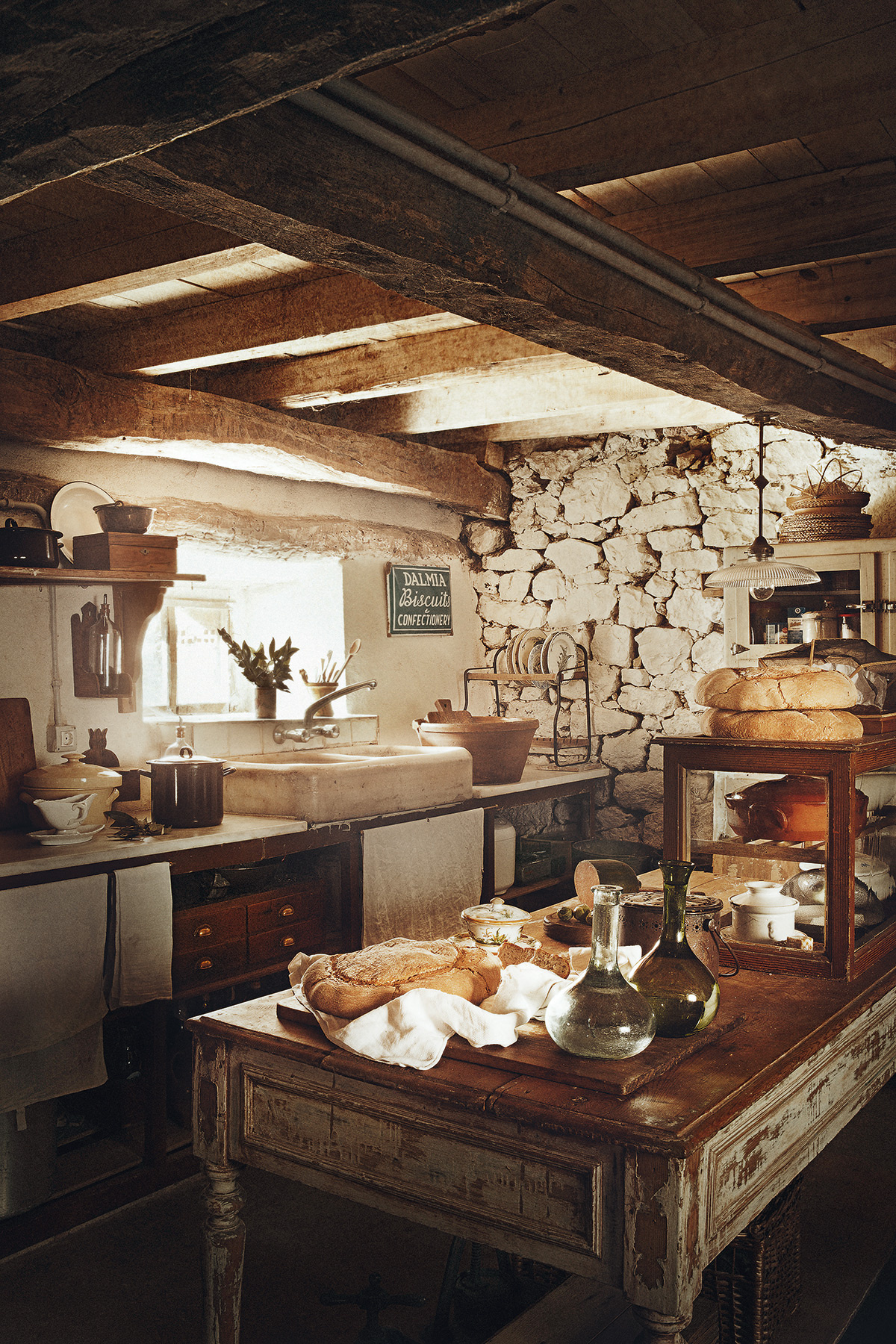 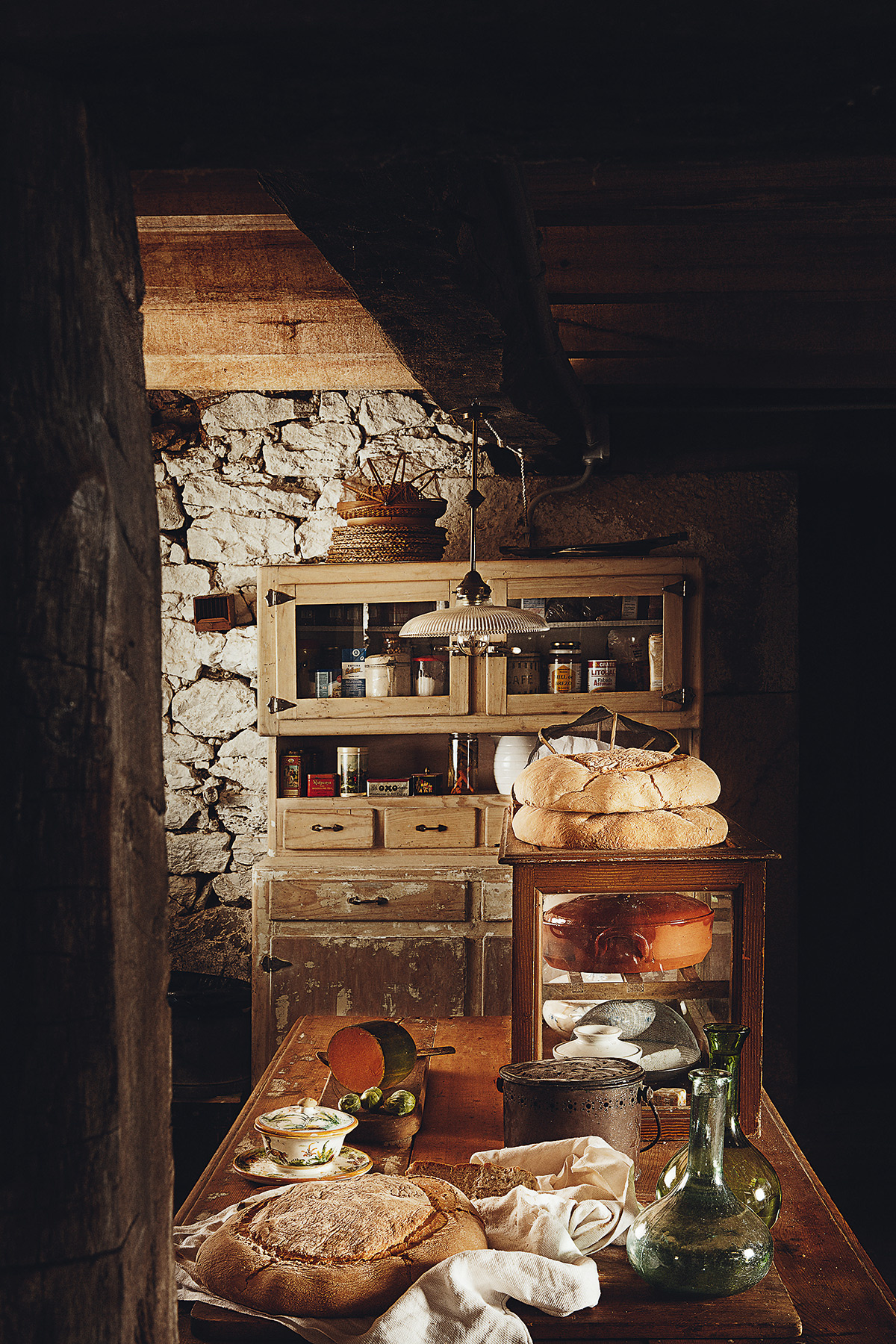 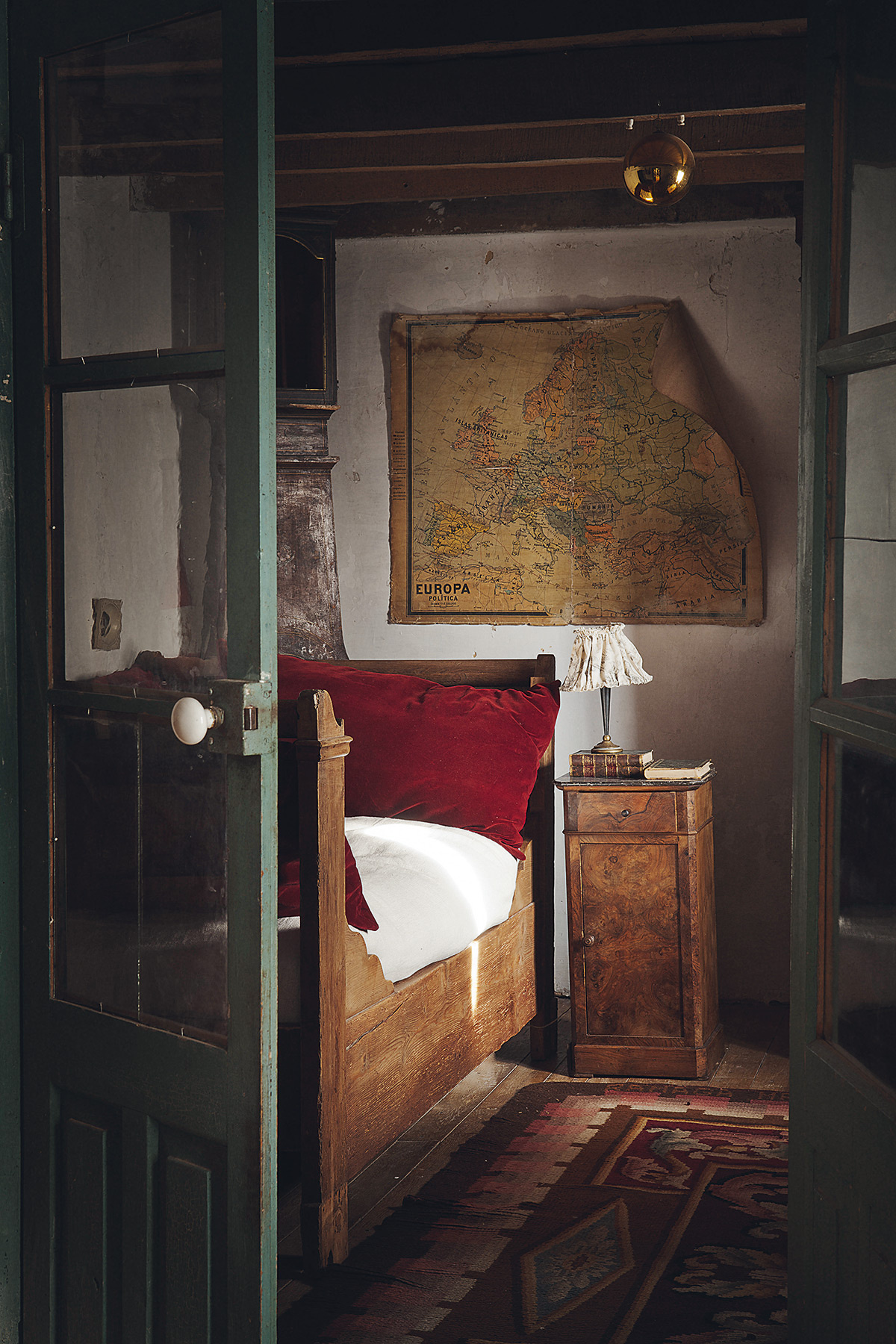 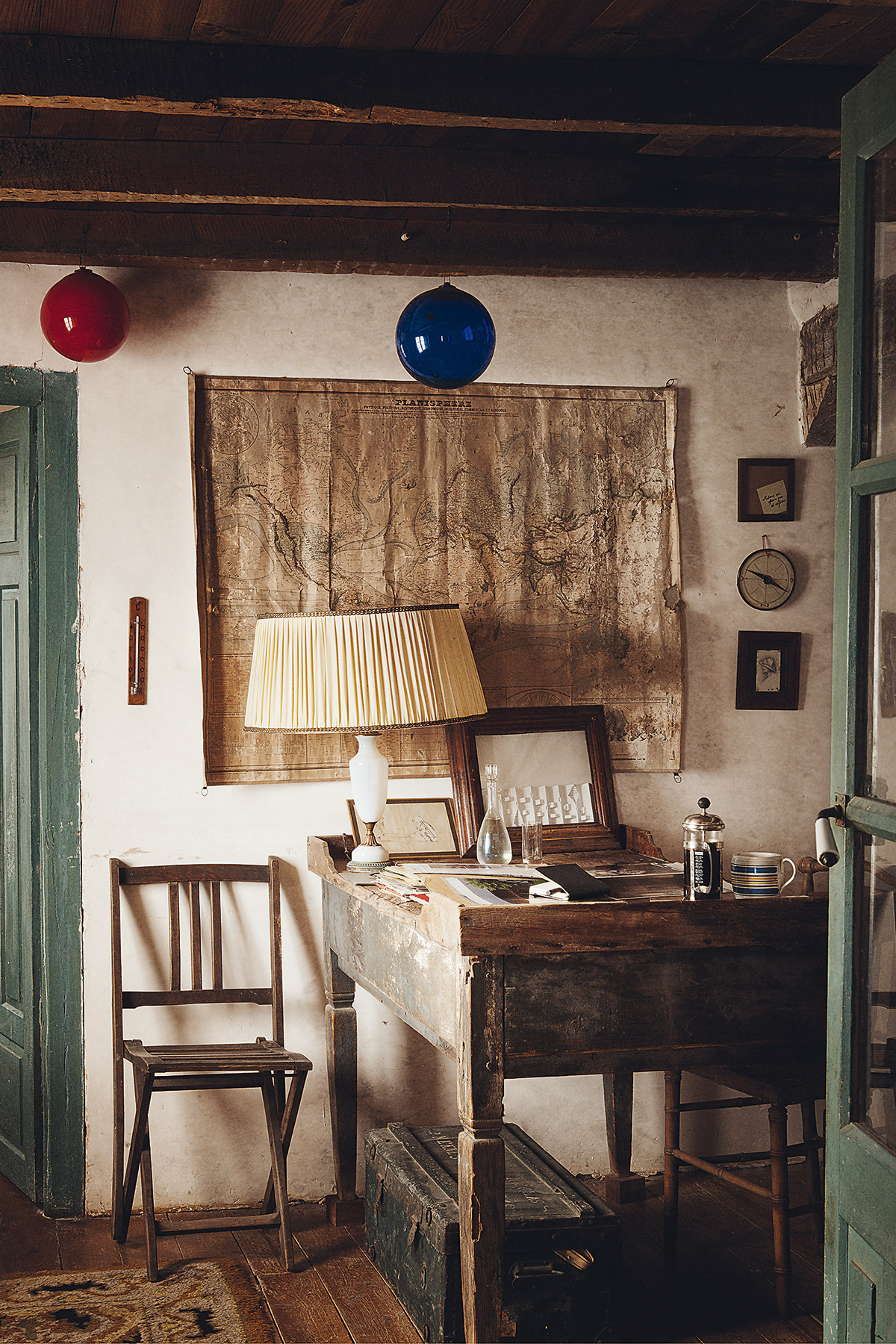 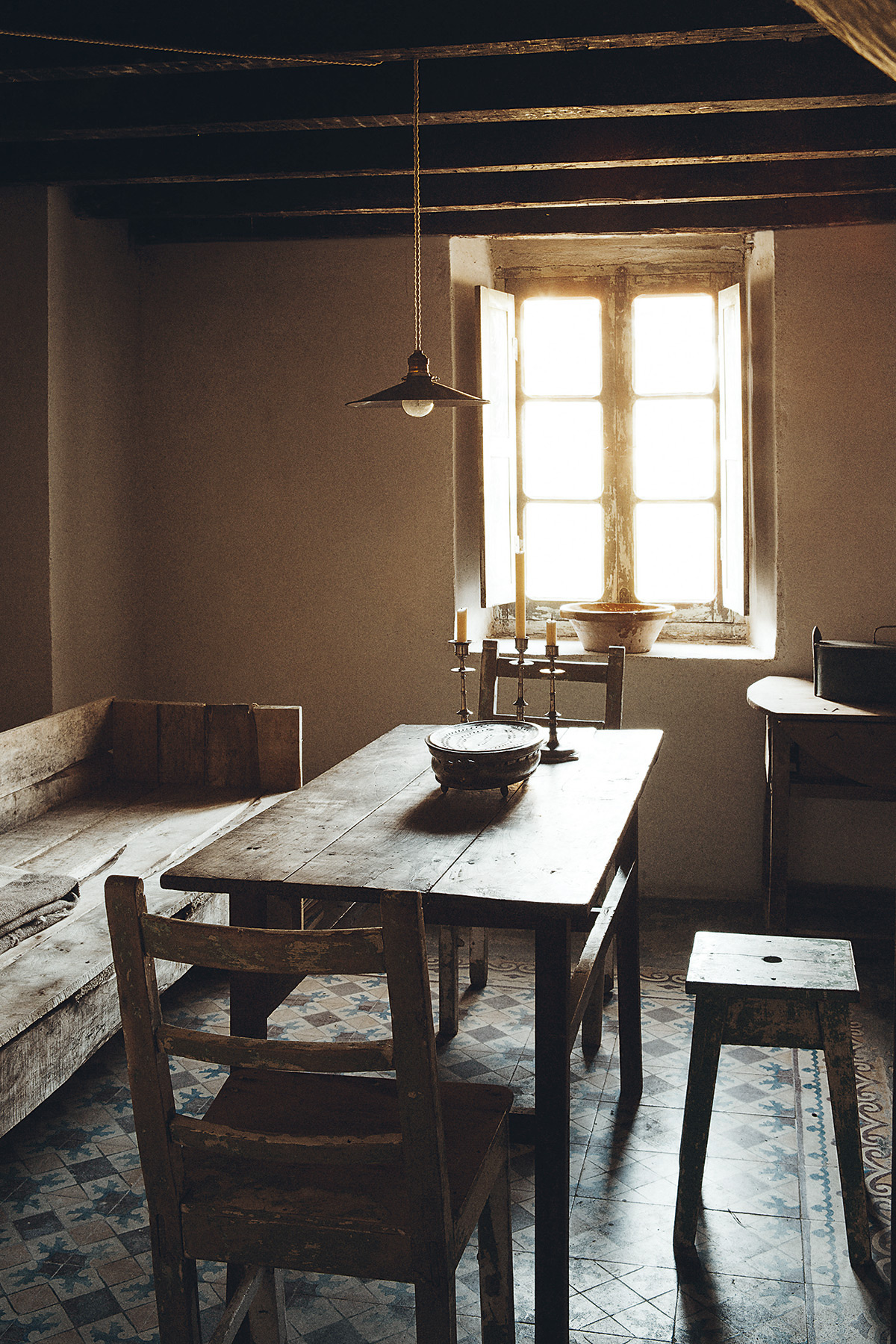 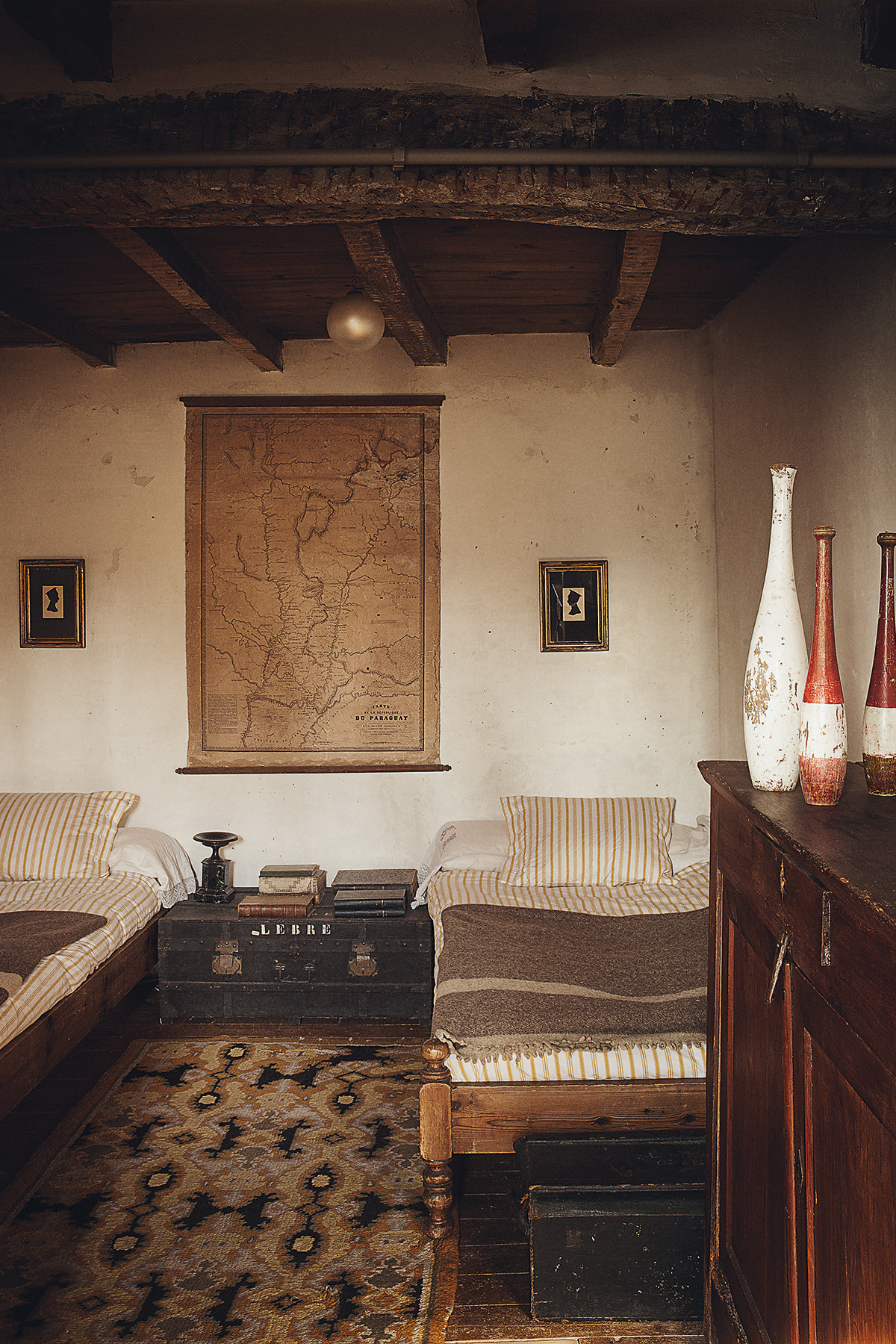 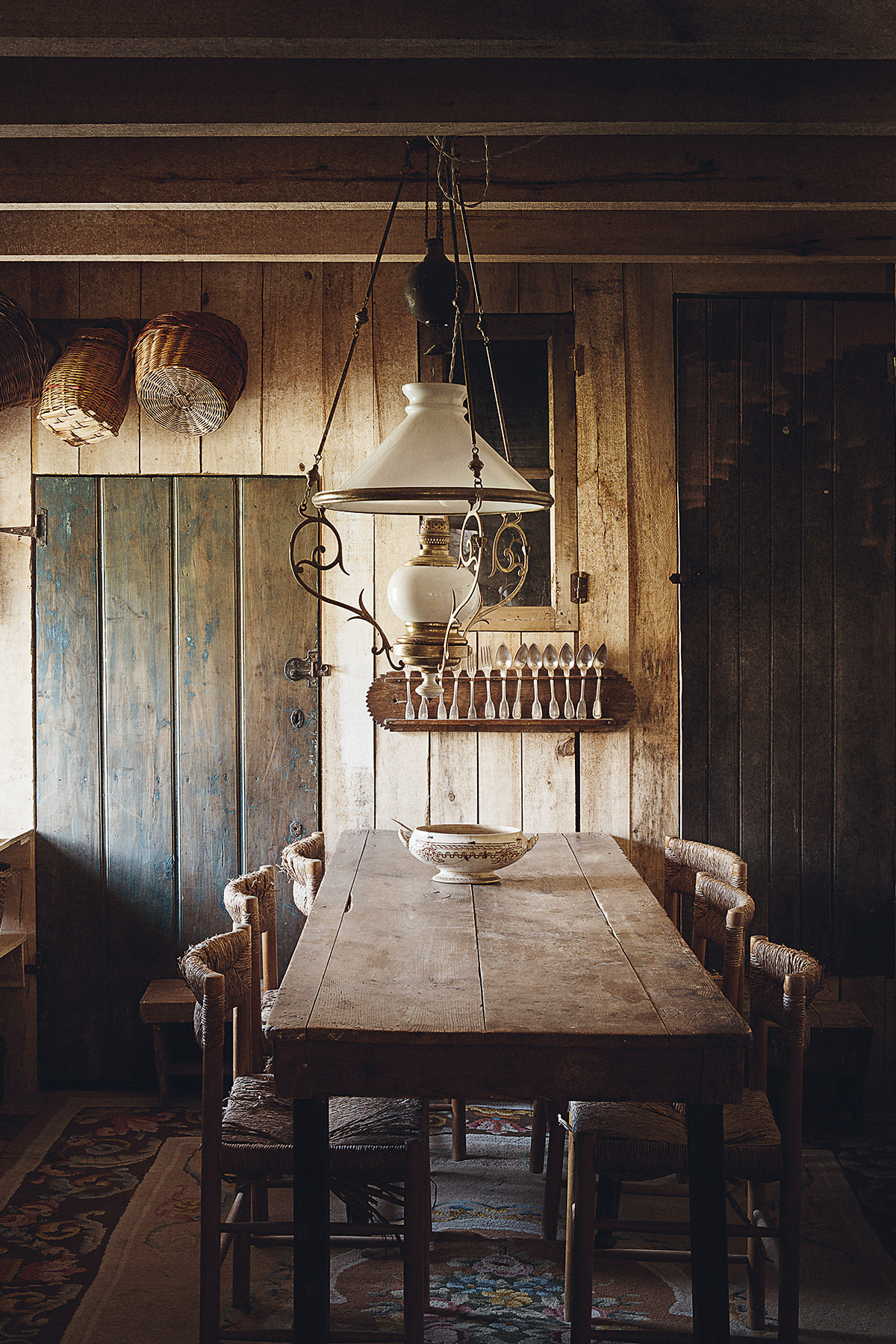 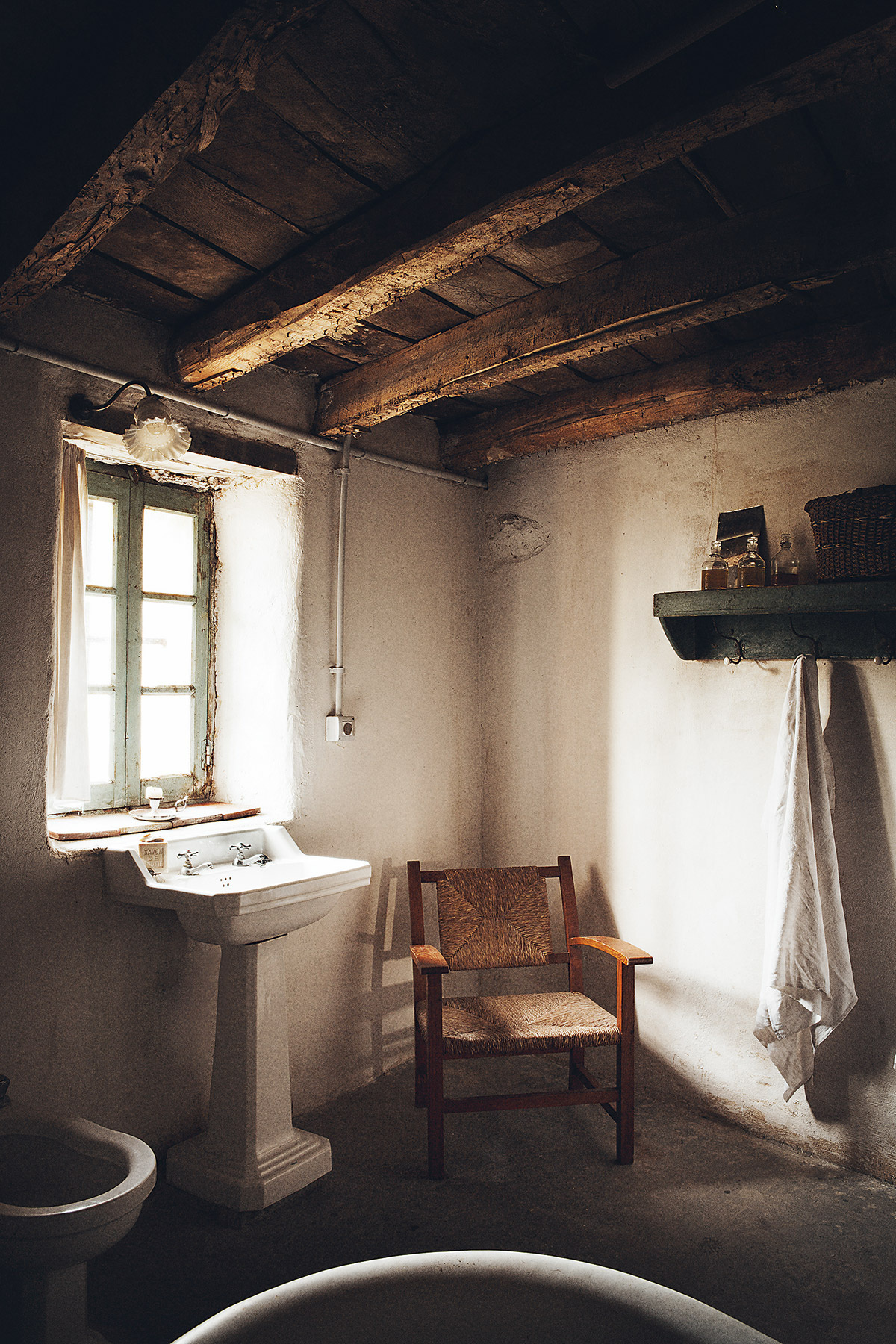 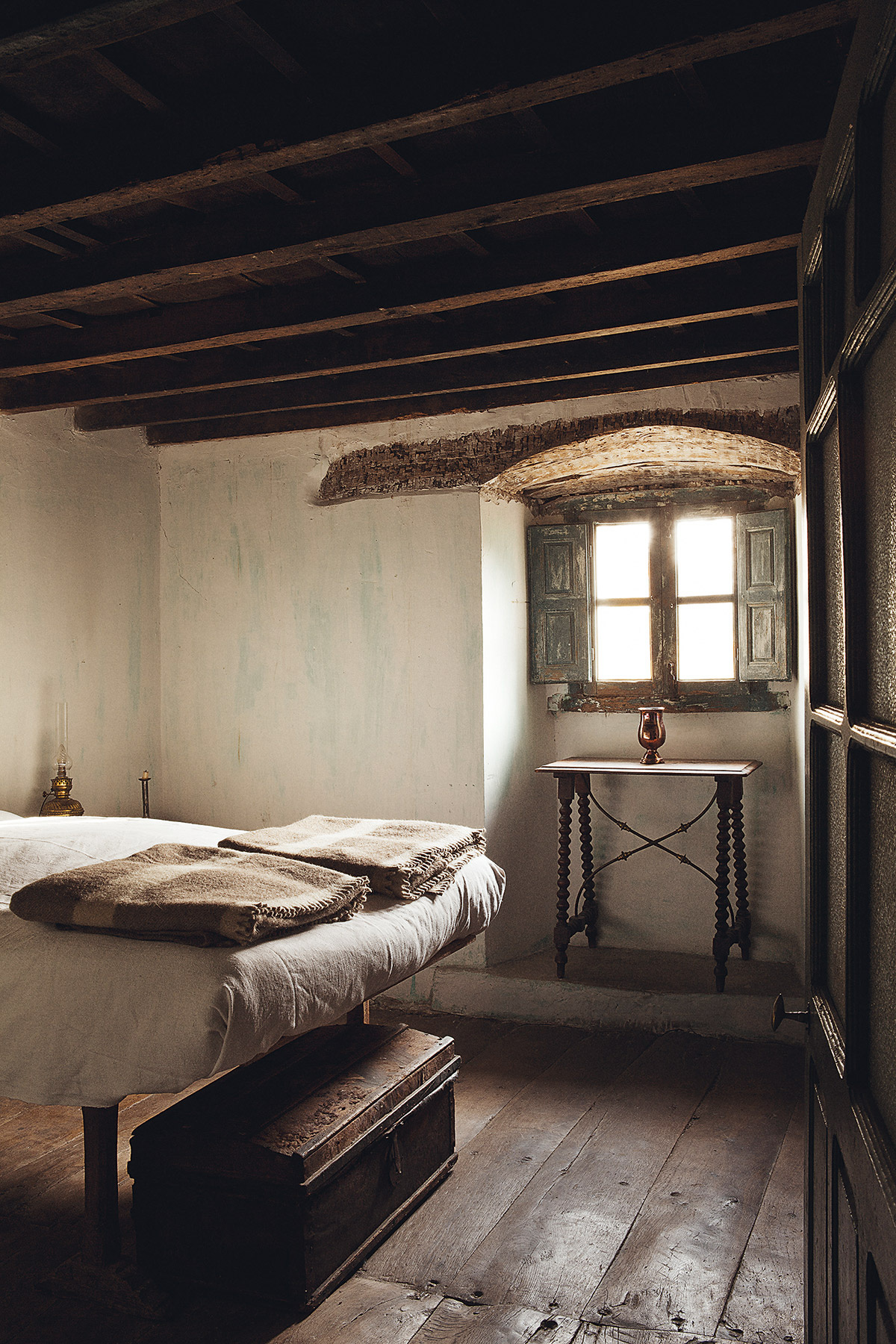 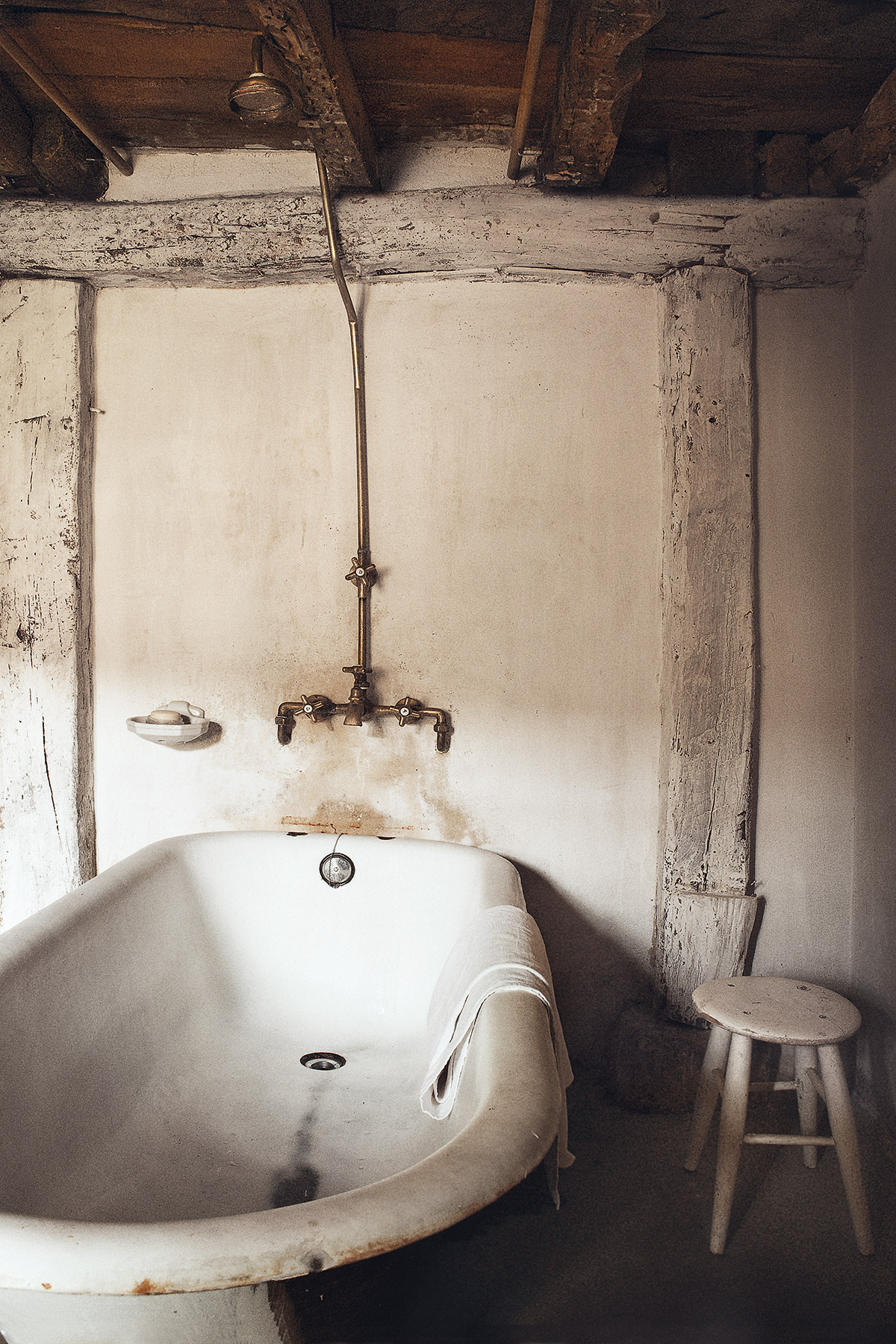 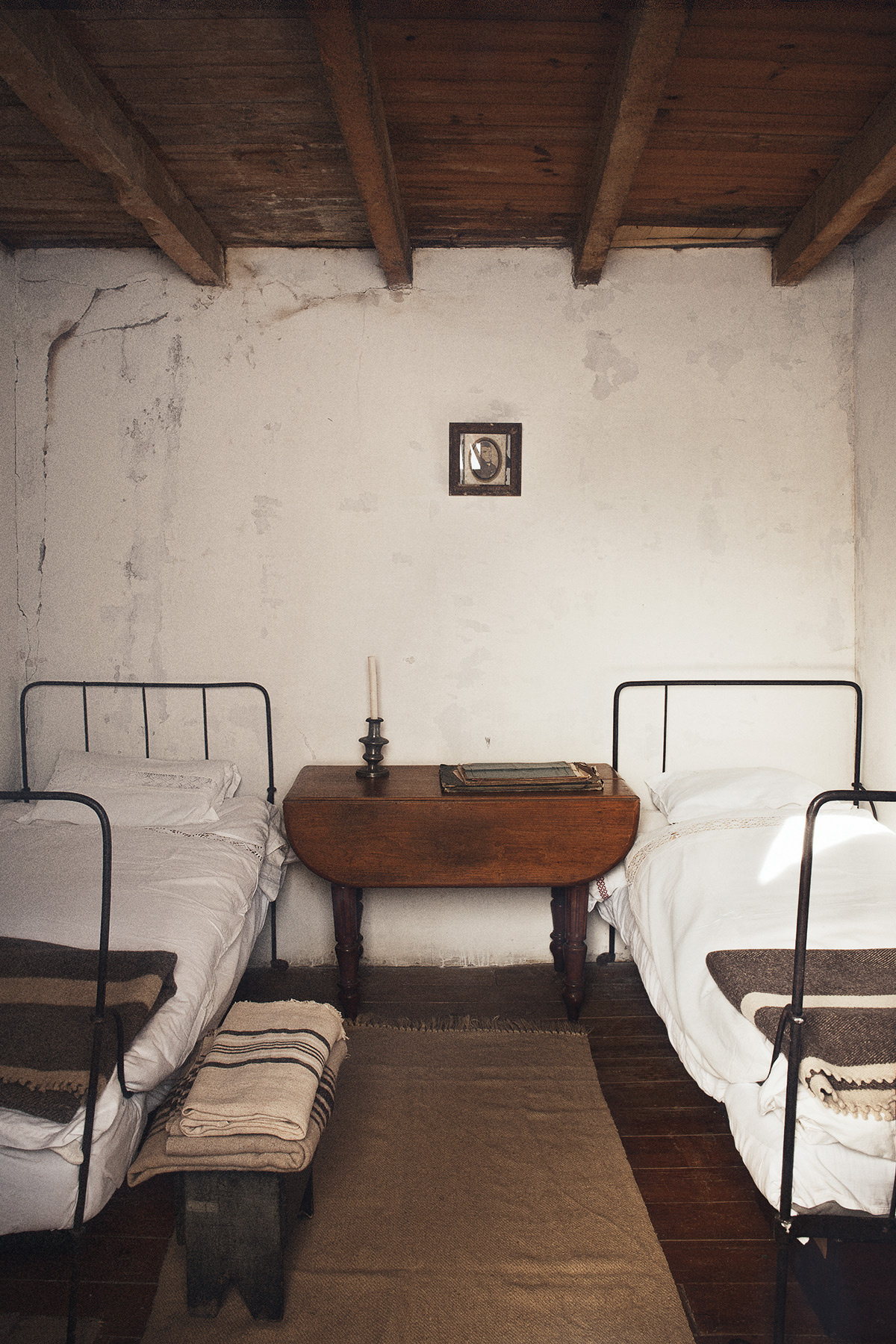 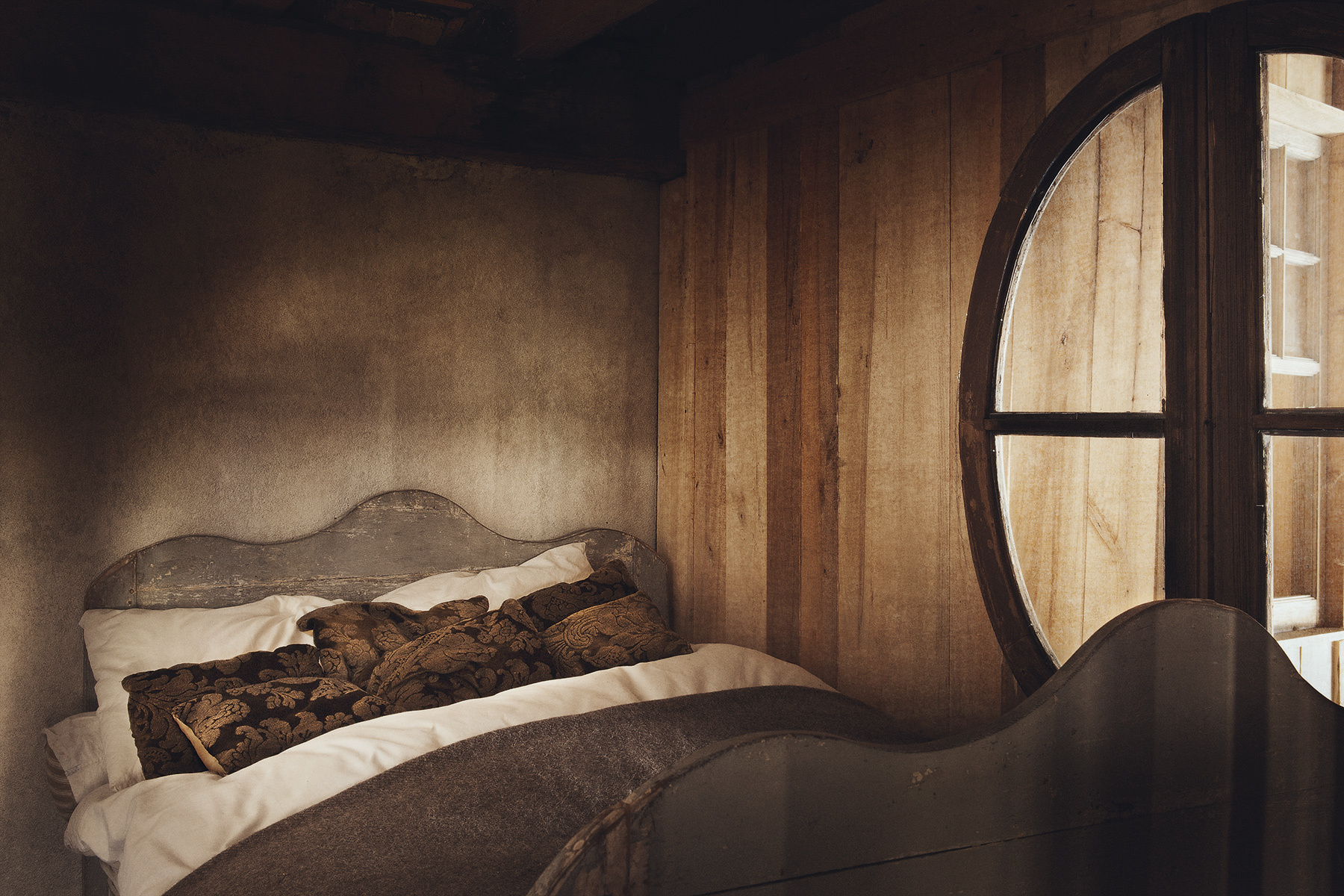 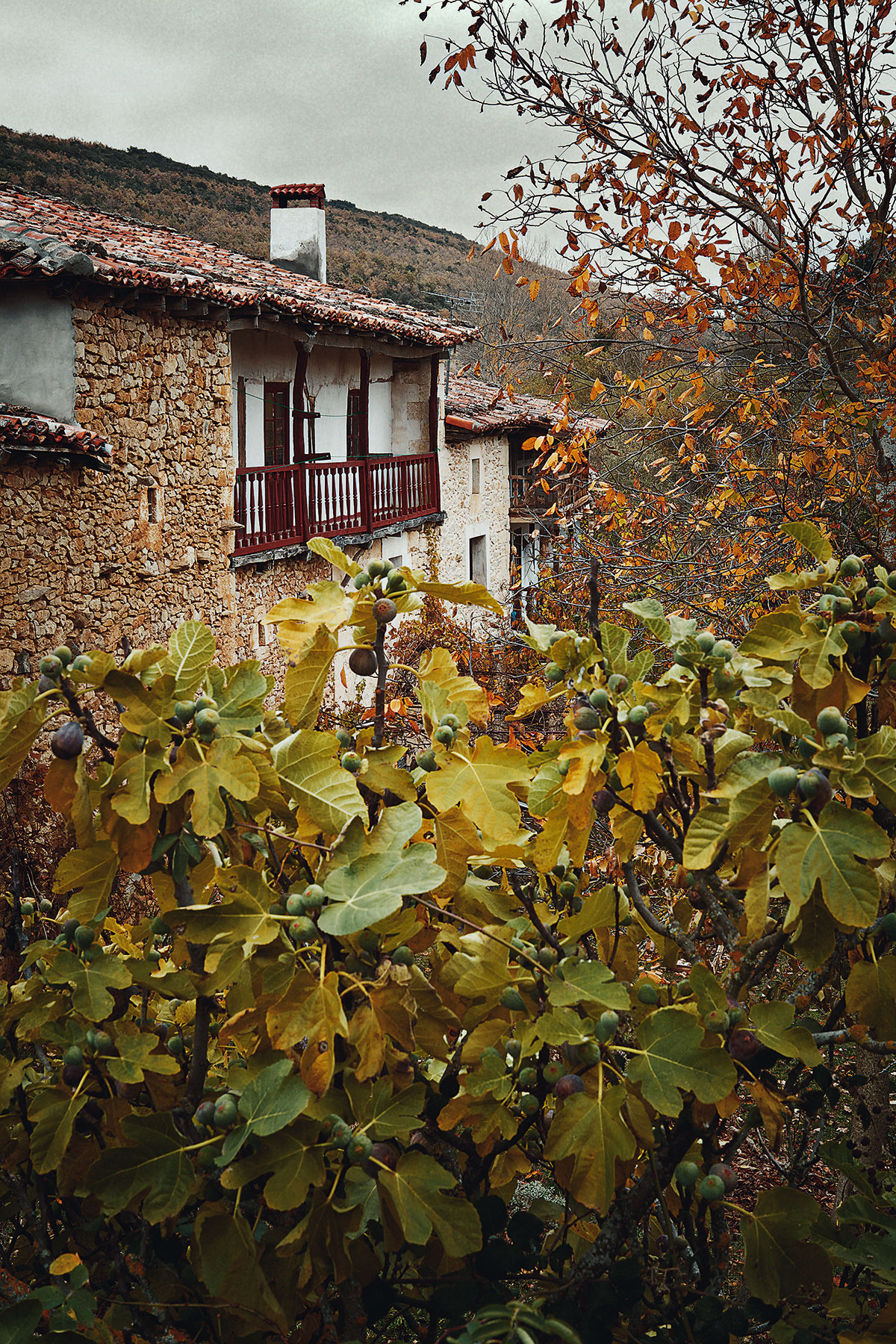 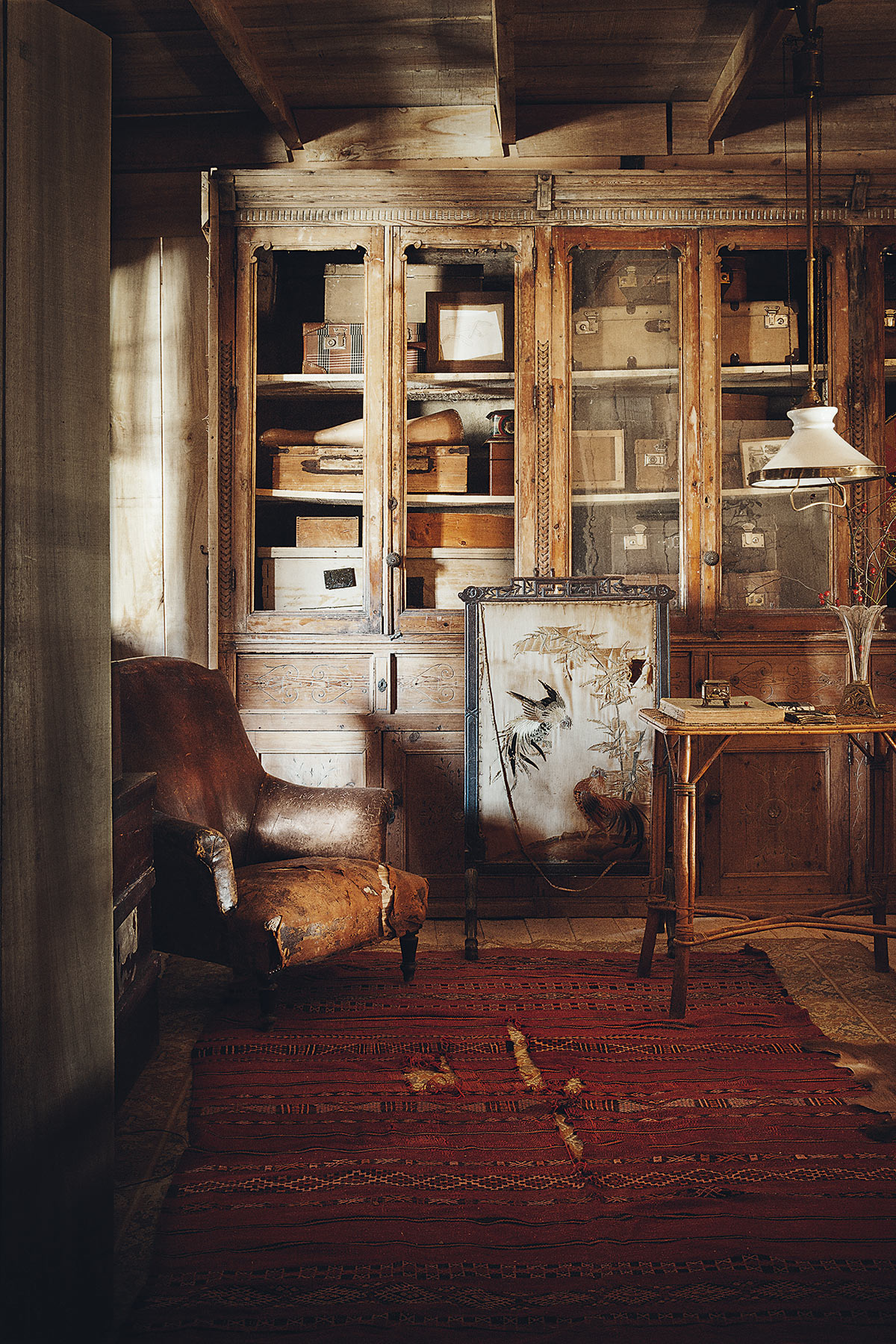 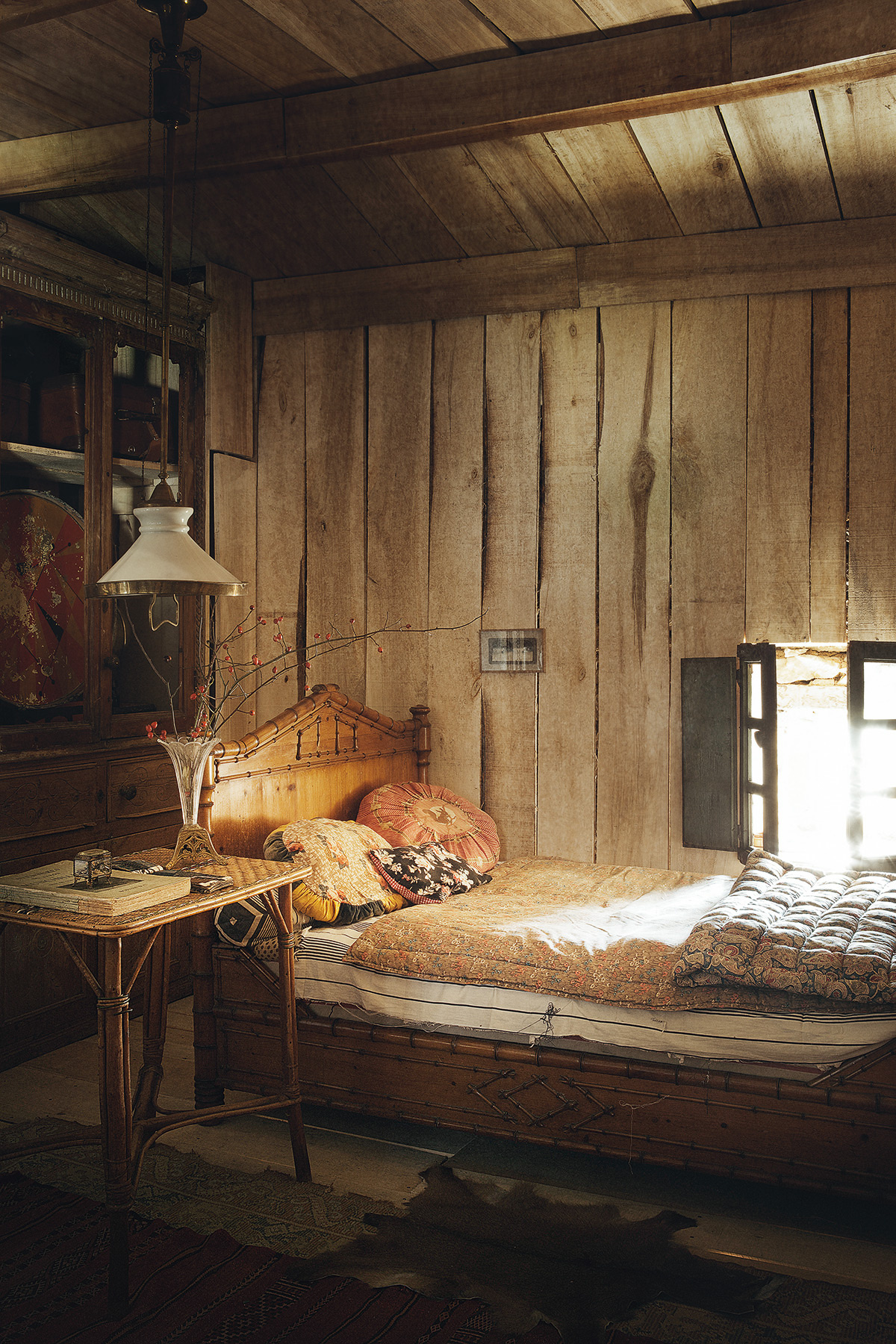 The Juanes’ intention was to preserve everything as faithfully as possible, using elements of the time, such as crystals, patiently looking for old replacements, ecological materials and traditional techniques. “When we did not know, we asked the people of the village. They have always maintained their homes without help, and they have taught us the best way to treat the wood and how to drive away the bats, “they explain. They have not moved partitions or opened new gaps, and their respect is such that some rooms lack electricity because they do not rub. They have only changed the use of the stove, now a dining room of 100 m2 suitable for the Castro colonies that are organized summers, during which the nine bedrooms (and two living rooms, two bathrooms and two dining rooms) are filled with grandparents, nephews , brothers with spouses and friends.

Some furniture is the result of these coexistences. Like the dining table in the kitchen, three meters long, they improvised with the centennial oak planks of the floor one day of special attendance. Or the countertop in the upstairs living room, which they also pooped at the protests of the guests that there was no sofa in the house. Being antiquarians they had advantage to fill so many meters. The rustic and popular antiques they sold in Tado were perfect.

“We also raided the lofts of the family, the people of the village gave us chairs, stools, trunks, and when we bought for the stores in France and Denmark, we had left for Burgos what we could not sell of ramshackle,” says Castro. It tells that his great-grandmother Nana was antiquary and that already of small his grandmothers took to him to auctions and the Rastro; both collecting pottery, carpets, fabrics … Veneration for the old comes in the DNA and here is lived to its ultimate consequences.