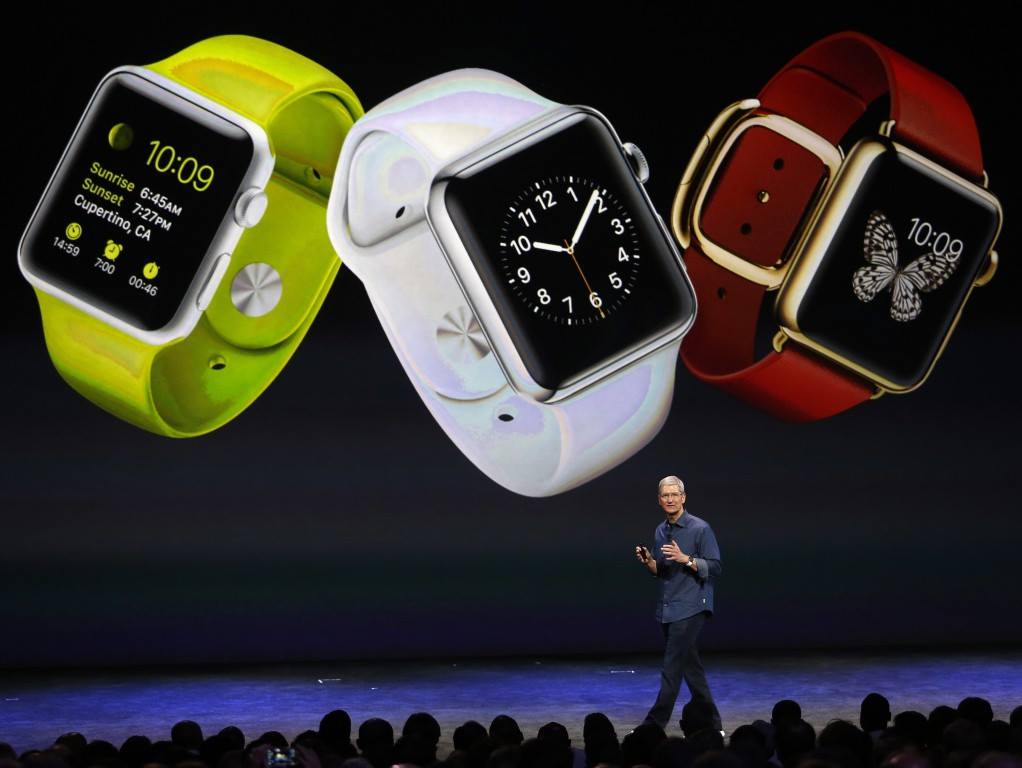 Apple just announced its Apple Watch during its press event in San Francisco. And it looks… underwhelming. The watch face itself is square, mirroring the popular design of many existing smartwatches. It comes with stainless steel, sapphire glass and a customized experience that is more suited to the smaller form factor.

What separates the device, Apple’s Tim Cook explained, is something called a “digital crown,” which is basically a dial. You use this crown to zoom in and out of apps, giving you control over the UI. No pinching to zoom or anything like that—those gestures just wouldn’t work on such a small screen. There’s a home button on the side, with rounded edges and a number of bands to choose from.

Although it features a square face, it looks rather small; perhaps smaller than something like the Pebble Steel, which is among the smaller wearables on the market. The interface features a number of circular icons that appear on the screen, which you can use the digital crown to zoom into or just press right on them. There’s calendar, fitness, calling, messaging, and a number of other apps you can use.

When you raise your wrist up, the watch will dynamically wake the screen so you can see the time and any notifications; that’s similar to other smartwatches available, so nothing too new there. On the back of the watch there are a ton of sensors (more later) that track your health and fitness stats. It’s clear from what Apple is showing is that its Watch is much more than just a device that receives notifications.

You can dictate to the watch, of course, swipe around the touchscreen, and a “glances” gesture method for swiping through information; in addition to being a touchscreen, the display also senses force, and can tell the difference between a tap and a press; think of pressing like a “right click.”

Apple also said the Watch features a MagSafe, wireless inductive charger. So that clears up that rumor. You can super easily change straps (six in total), and there are also a range of sport bands so you can wear it on runs and other outdoor activities. In terms of customization, there are a bunch of watch faces, and hopefully an option to download more in the future.