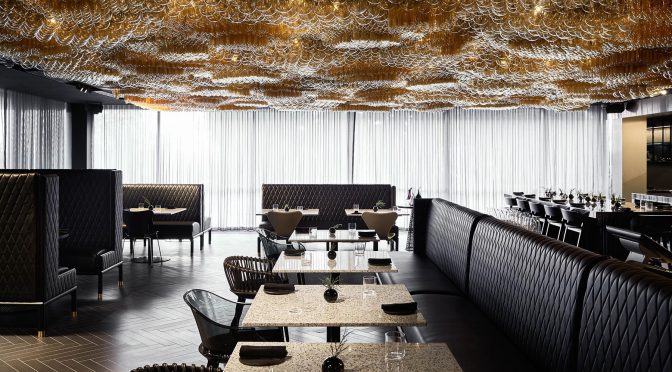 South of Melbourne, between vineyards, the ‘Jackalope’ is an eccentric and dark space reminiscent of an alchemist’s workshop. Gold, bronze and charred wood create magic. 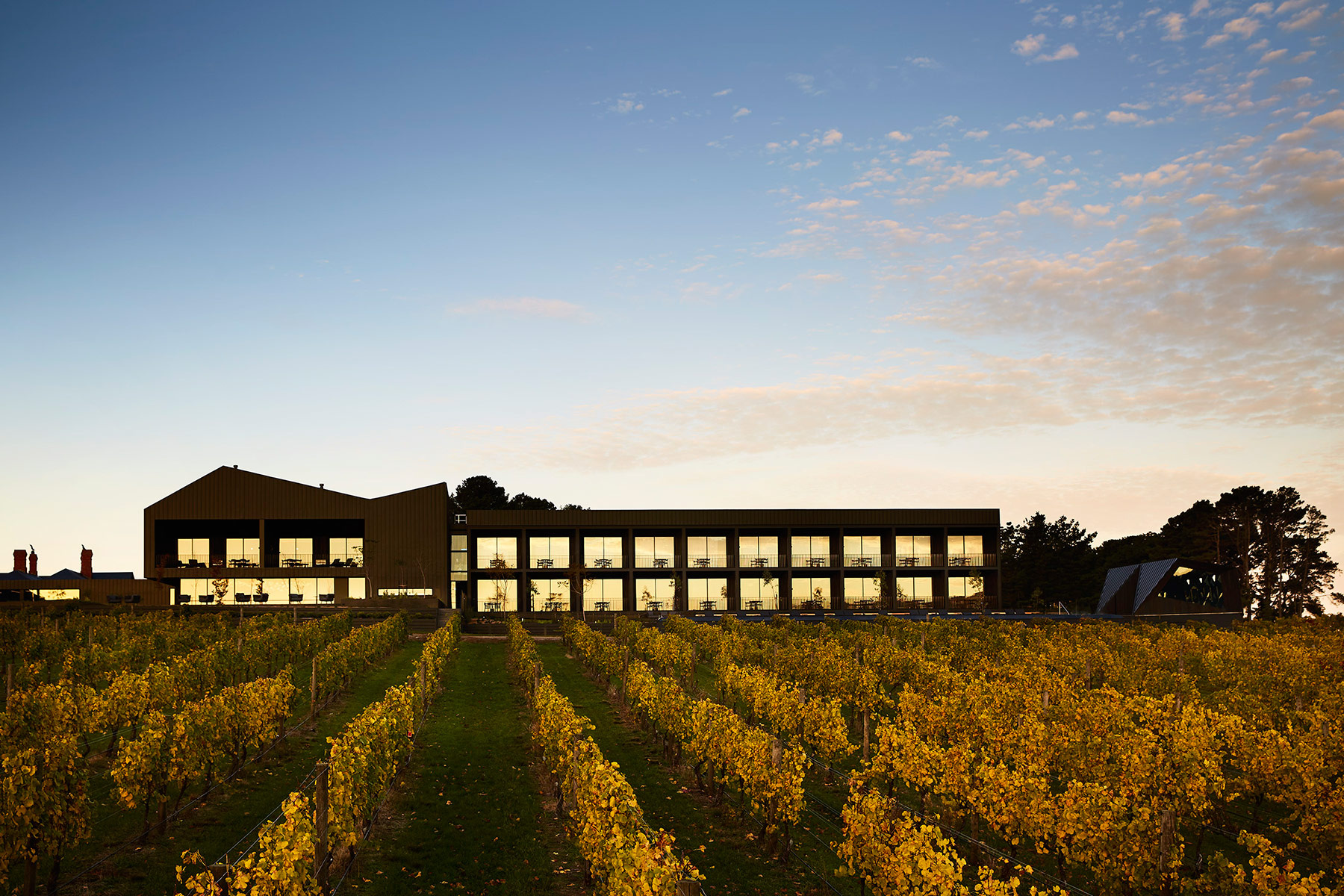 It was the Australian architects of Studio Carr in charge of shaping this madness. The hotel Jackalope, named after the imaginary animal of North America of the same name (a hybrid of stag and antelope legend), is a dichotomous space that juxtaposes tradition and modernity without sparing in blows of effect.

Built from a typically 18th century Aussie farmhouse, which was restored to house the main restaurant, the architects added other volumes much more modern but in continuity with the cottage shapes.

The intention of the project was to recreate an alchemist workshop, something that is especially clear in the bar, but also in the black paint on most walls, dark furniture, glass lamps and the installation of the restaurant. ceiling, a work of Fabio Ongarato Design based on the fermentation, in hornor to the vineyards of the Peninsula of Mornington where the shelter is located.

The materials also accompany: semi carbonized wood decorates the facade and some walls, as well as metal, but gold, silver and bronze become strong in the details. It was what his interior designer, Dan Cox, wanted, that customers could have an experience “otherworldly” (from another world). 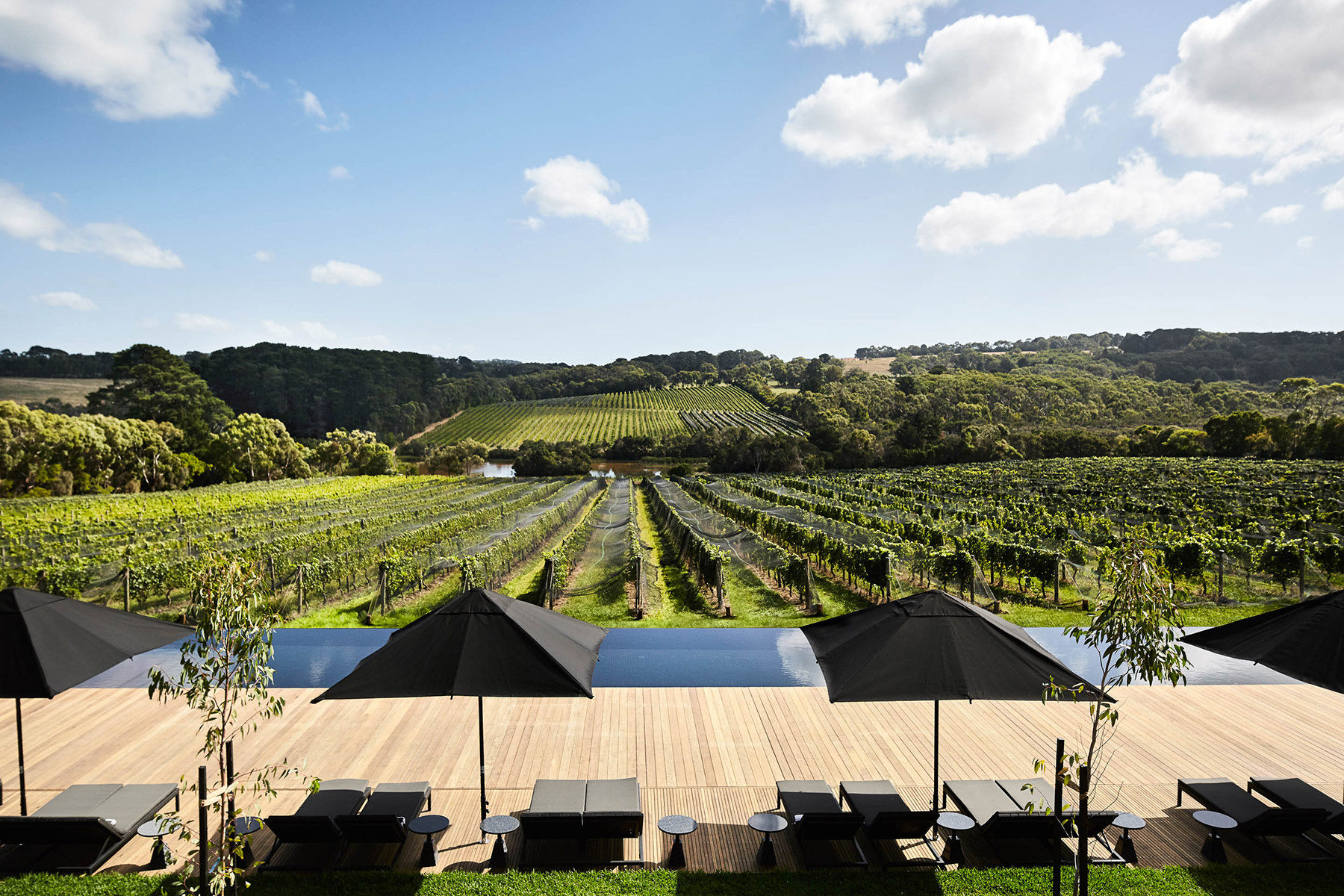 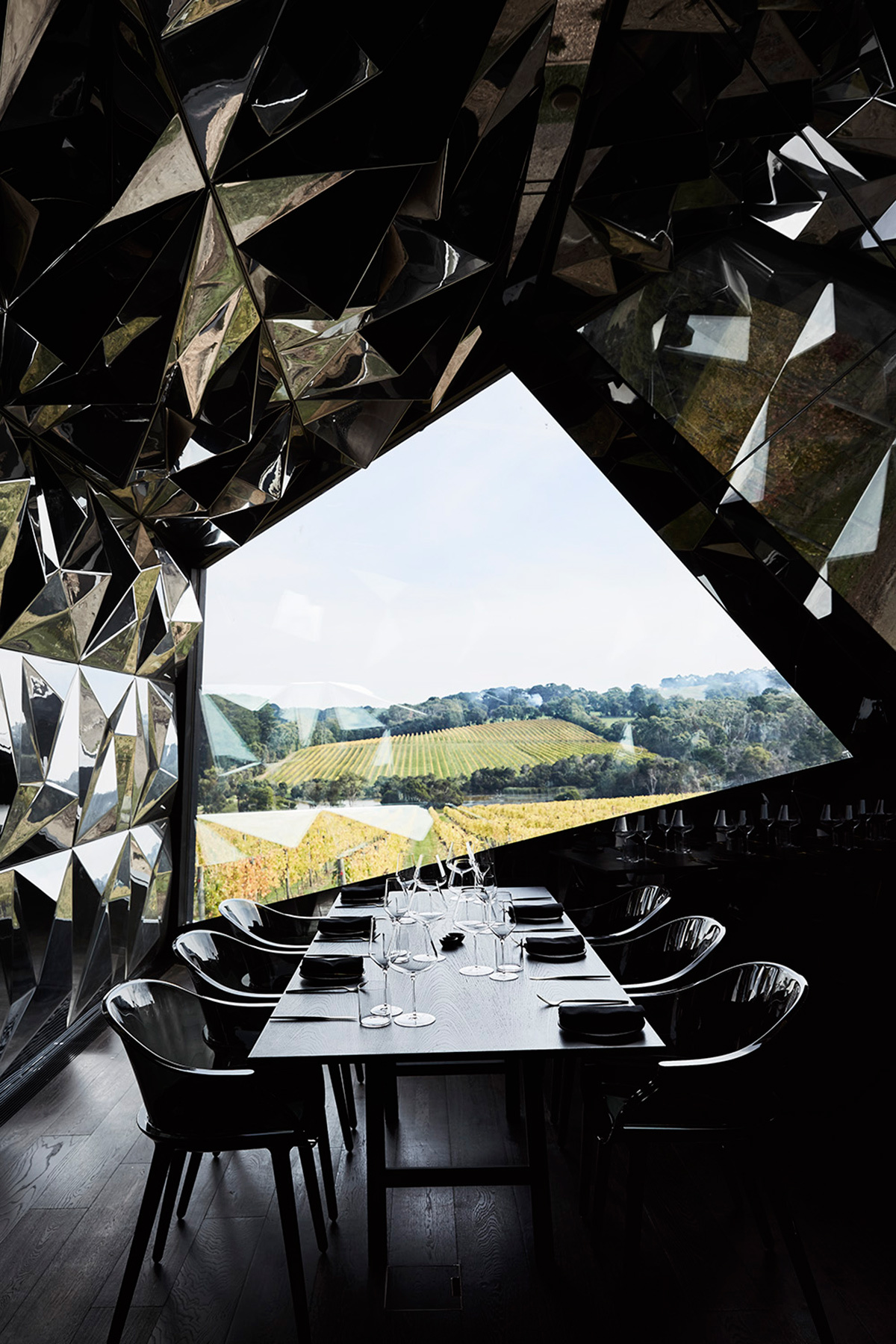 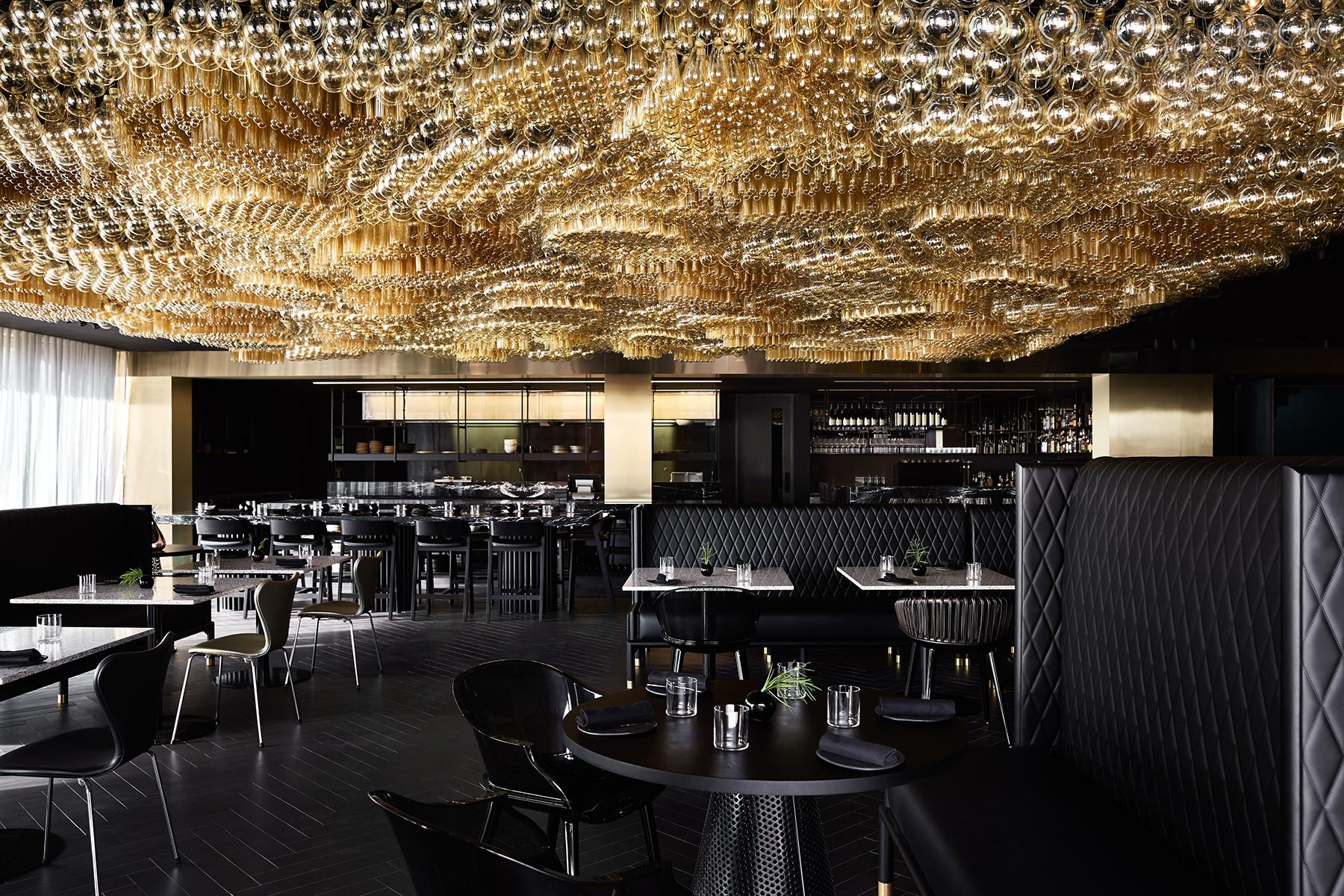 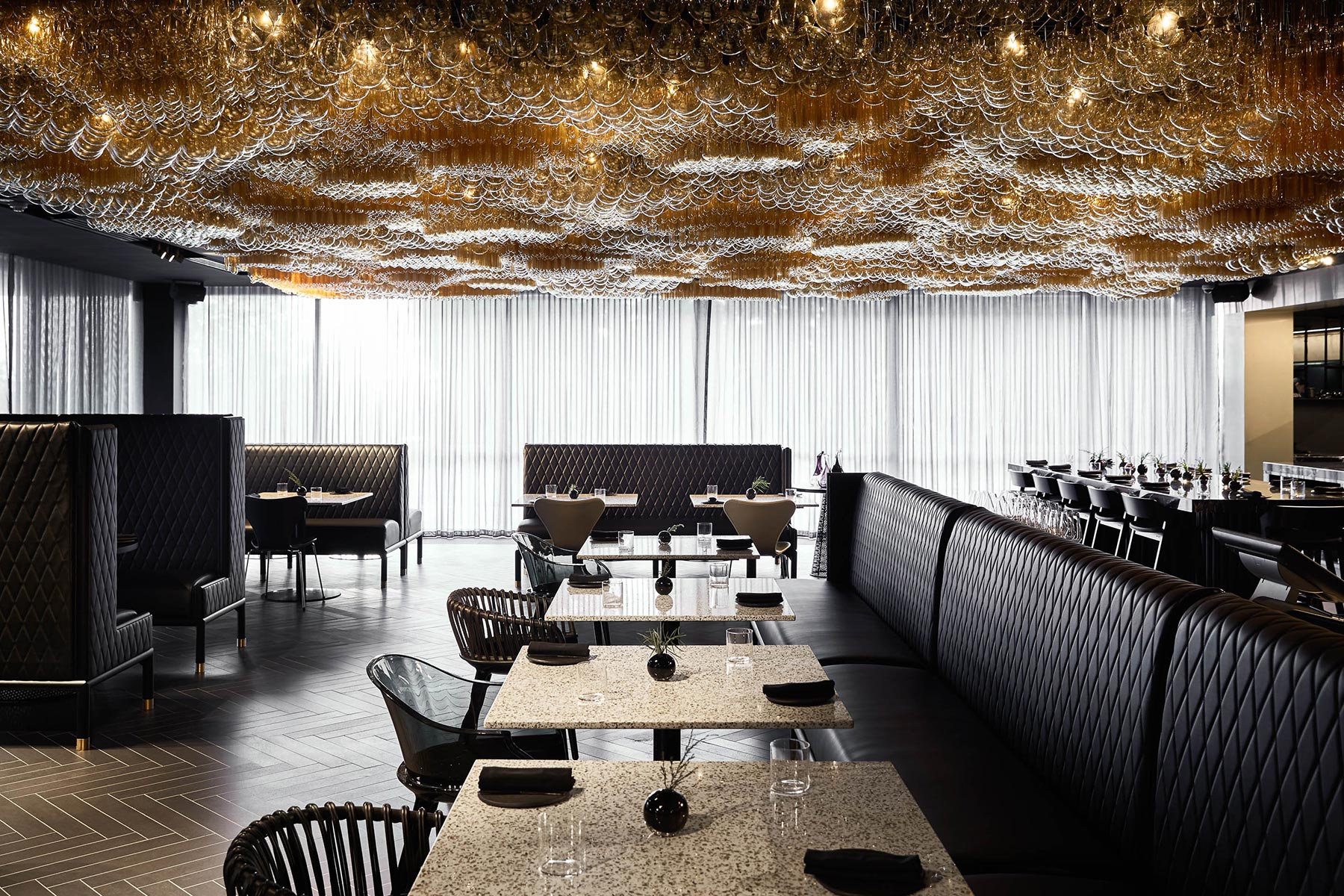 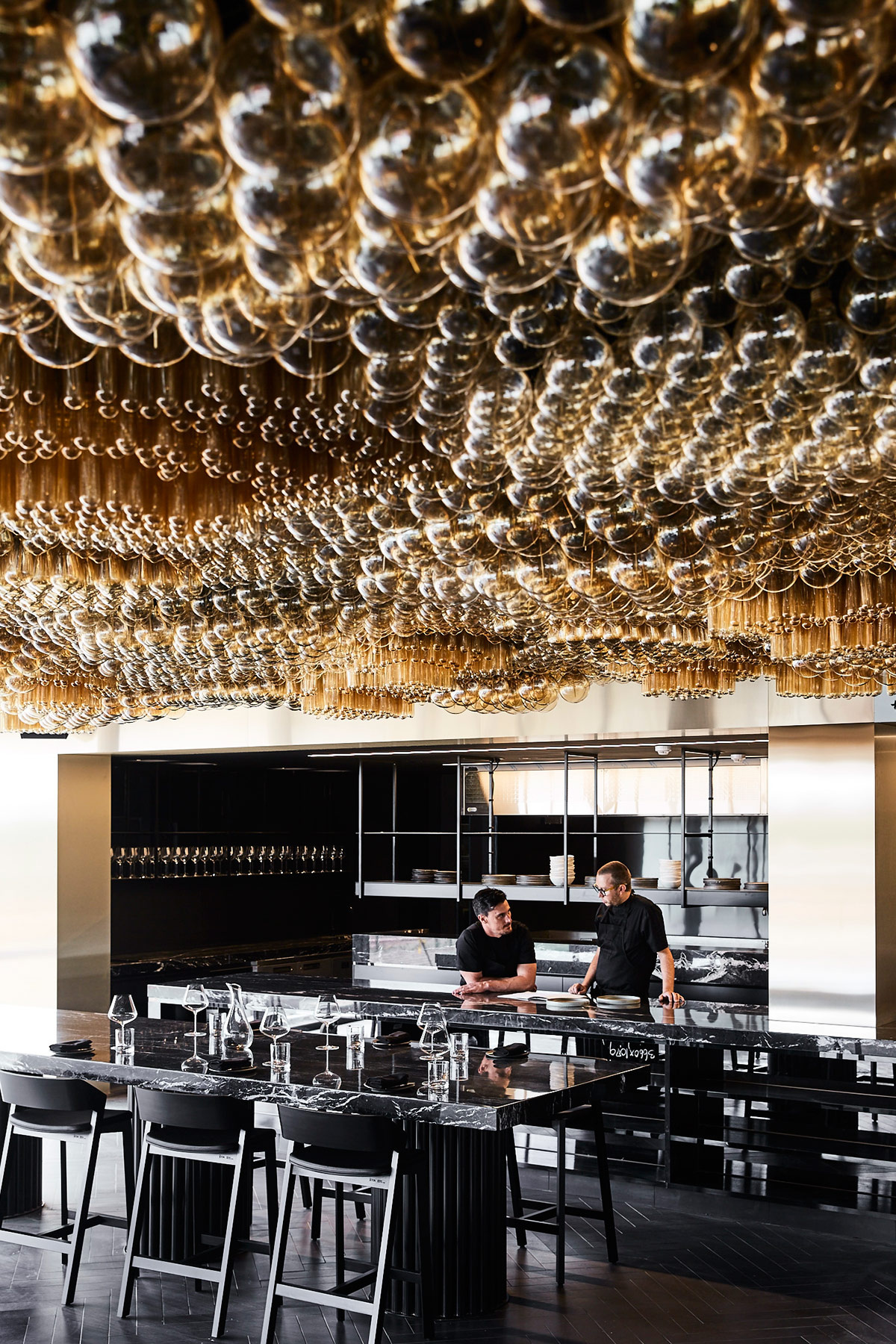 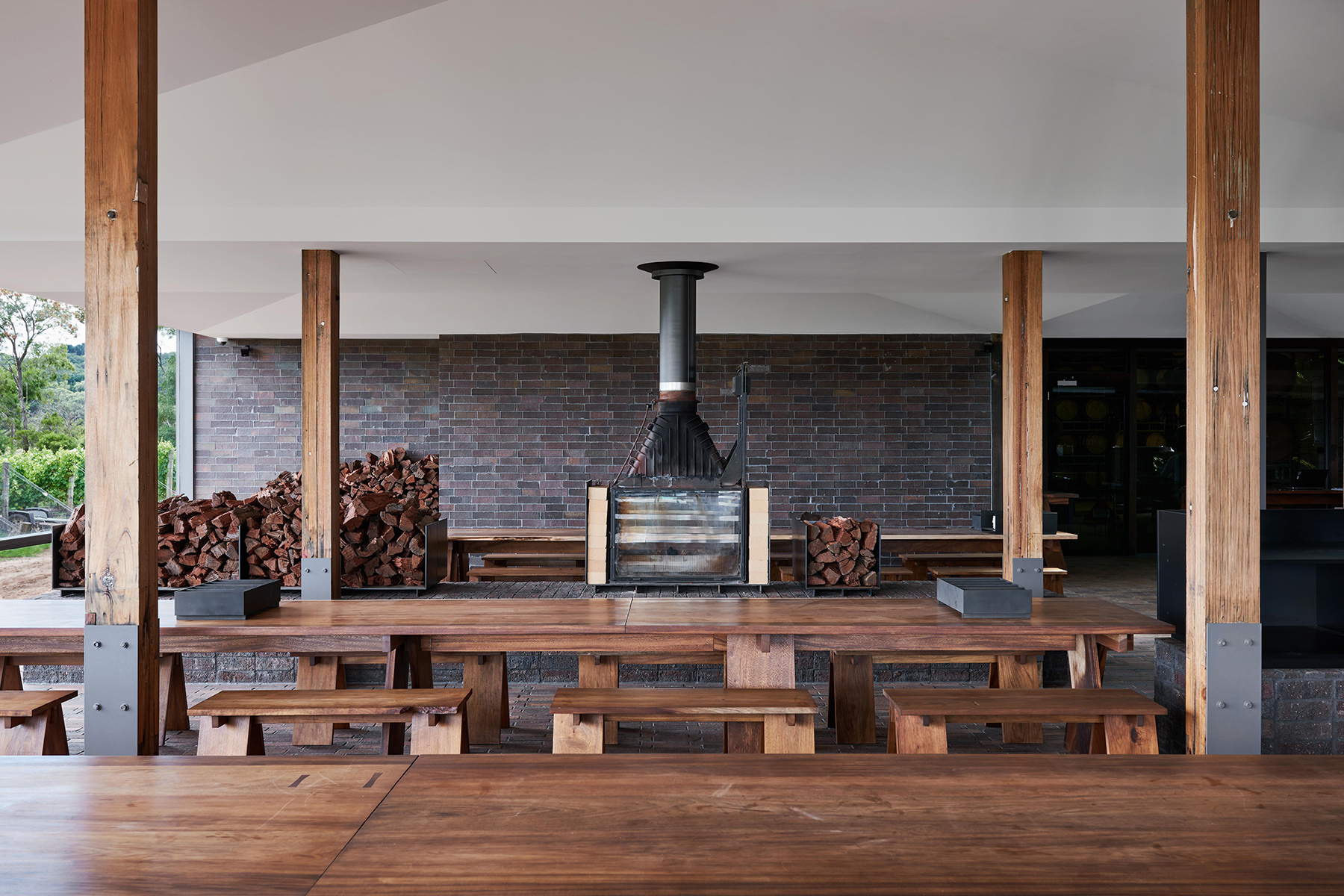 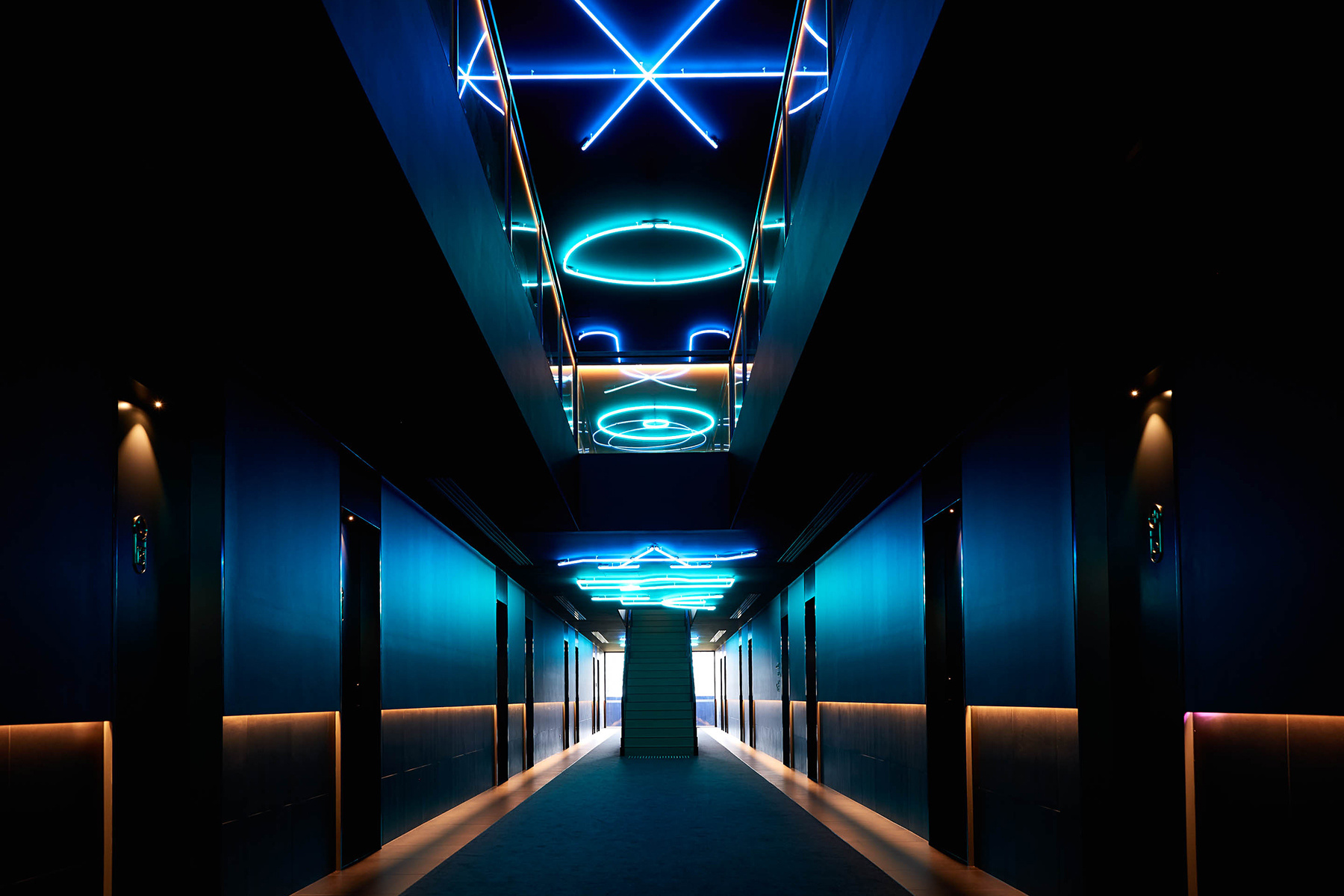 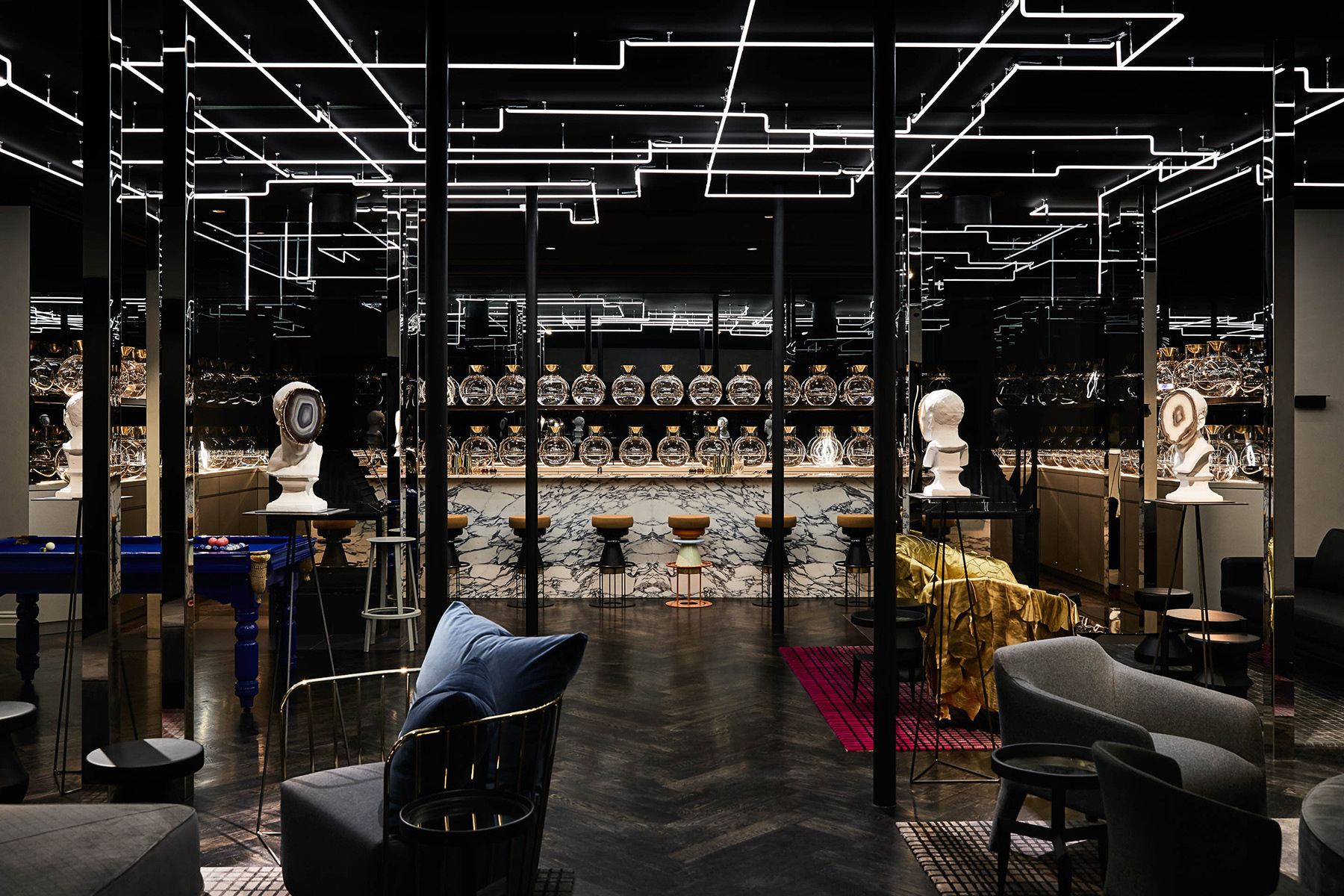 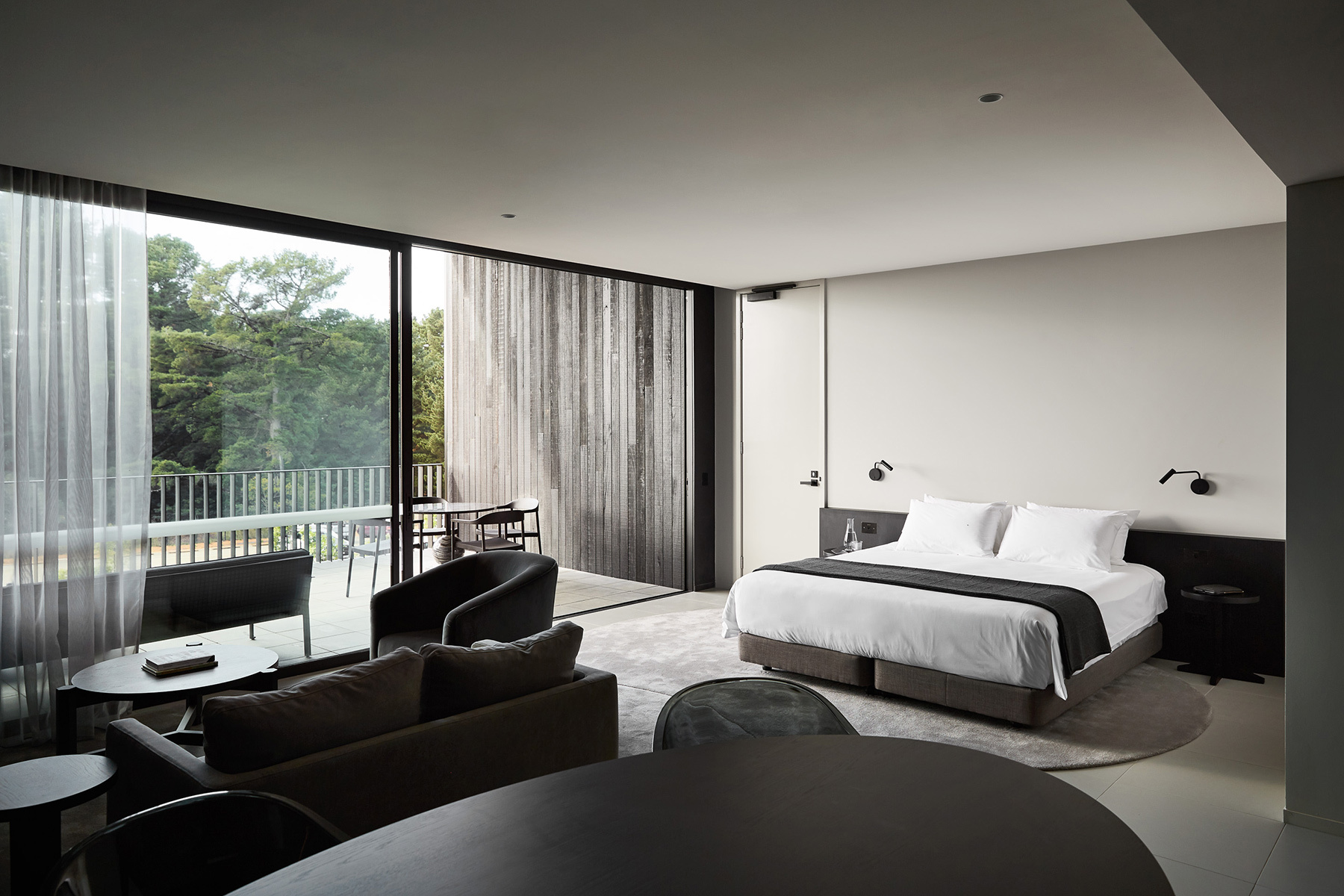 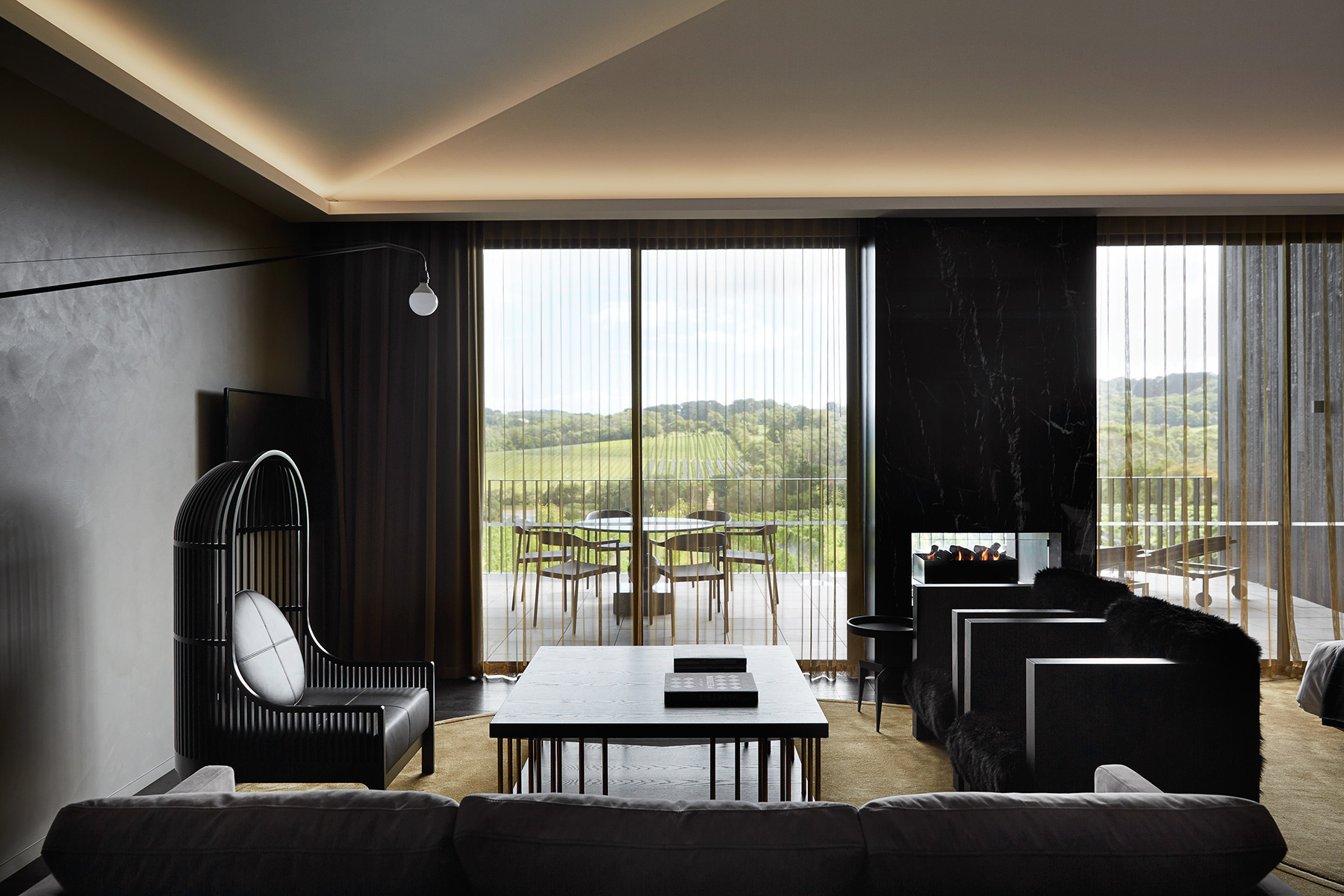 But all this darkness is only one side of the project, which contrasts with the opening of the rooms and spaces common to nature. In fact, to get there you have to cross miles of vineyards, and your infinity pool literally looks at them. This mixture of magic, mystery and alchemy, along with references to the wine world, as a dispenser of wine bottles in the lobby, are the keys to the establishment, which is a little gem of design in the middle of the vegetation, a dark and mystic in which the extravagant commands.