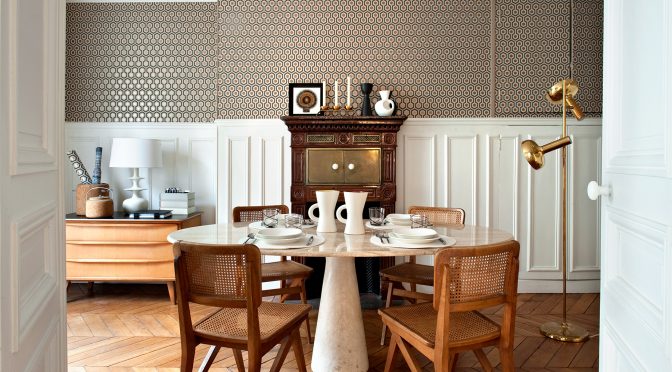 When an interior designer decorates her own home in Paris, the result is always as peculiar as personal. The most fashionable decorator in France, Emilie Bonaventure, showed us in her Parisian flat. 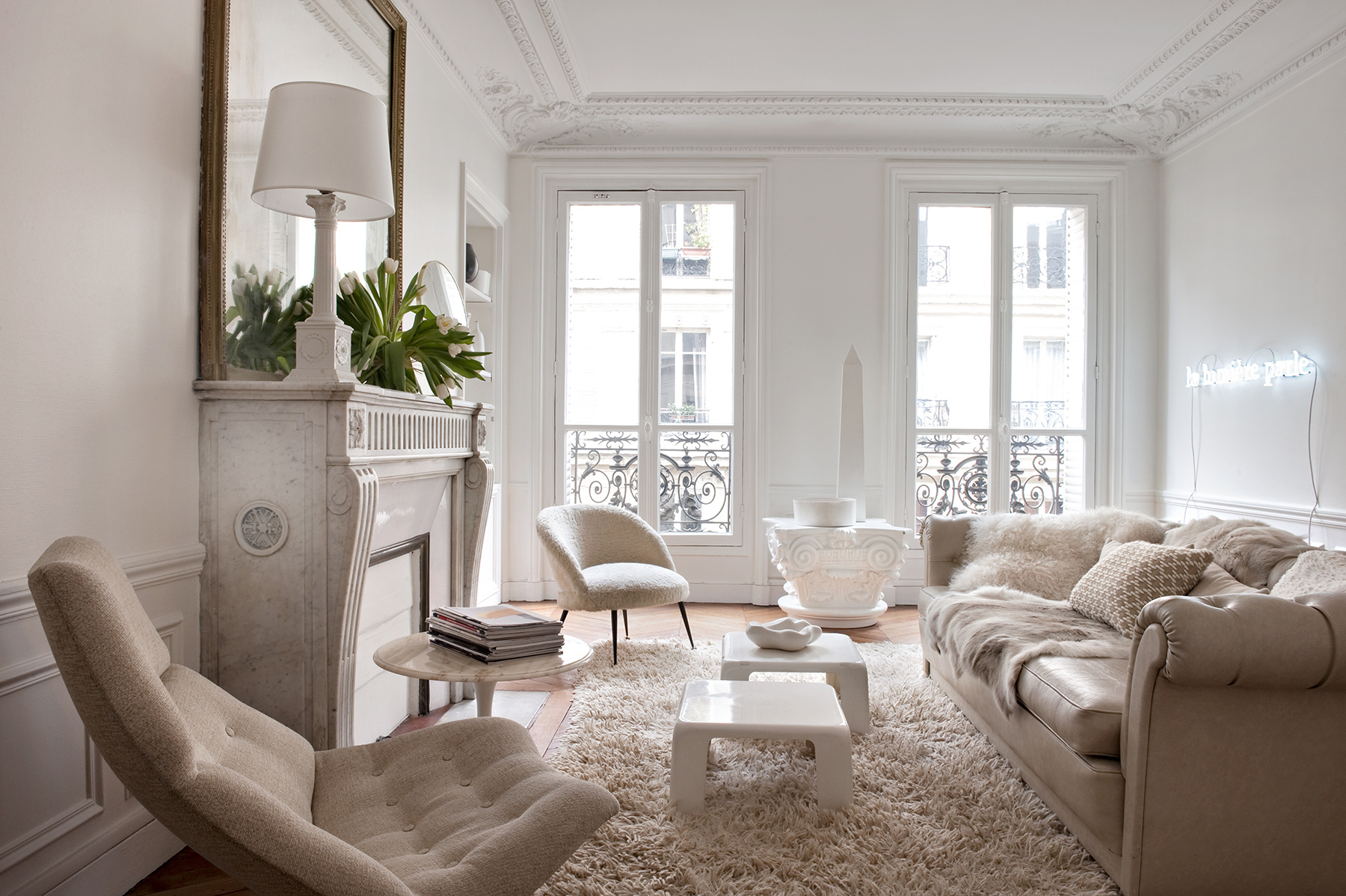 Emilie Bonaventure – founder of the be-attitude agency in 2005 – is all that and her projects prove it to perfection. She is an interior architect, designer, decorator and contemporary art expert, passionate about fashion and gastronomy.

Located in the 9th arrondissement, on the famous street des Martyrs in the district of Montmartre, Emilie Bonaventure’s apartment is his personal refuge but until recently it was also his office. Here, she used to work with her team, particularly in the dining room where the Rose Bakery Team Room concept was born, for example, in the Le Bon Marché store. Today Emilie has an office outside her house, just a few meters from her bright and typically Parisian apartment that has a wooden floor, moldings and fireplaces.

Emilie studied art history at the school of the Louvre and the decor of her home reflects her taste for discipline and especially for objects. “An object is a part of itself, a piece of its own puzzle,” he says. Each element of his apartment tells a story and many were found in the flea market of Saint-Ouen (on the outskirts of Paris). Furniture from the 40s, 50s and 60s coexist with contemporary works of art. 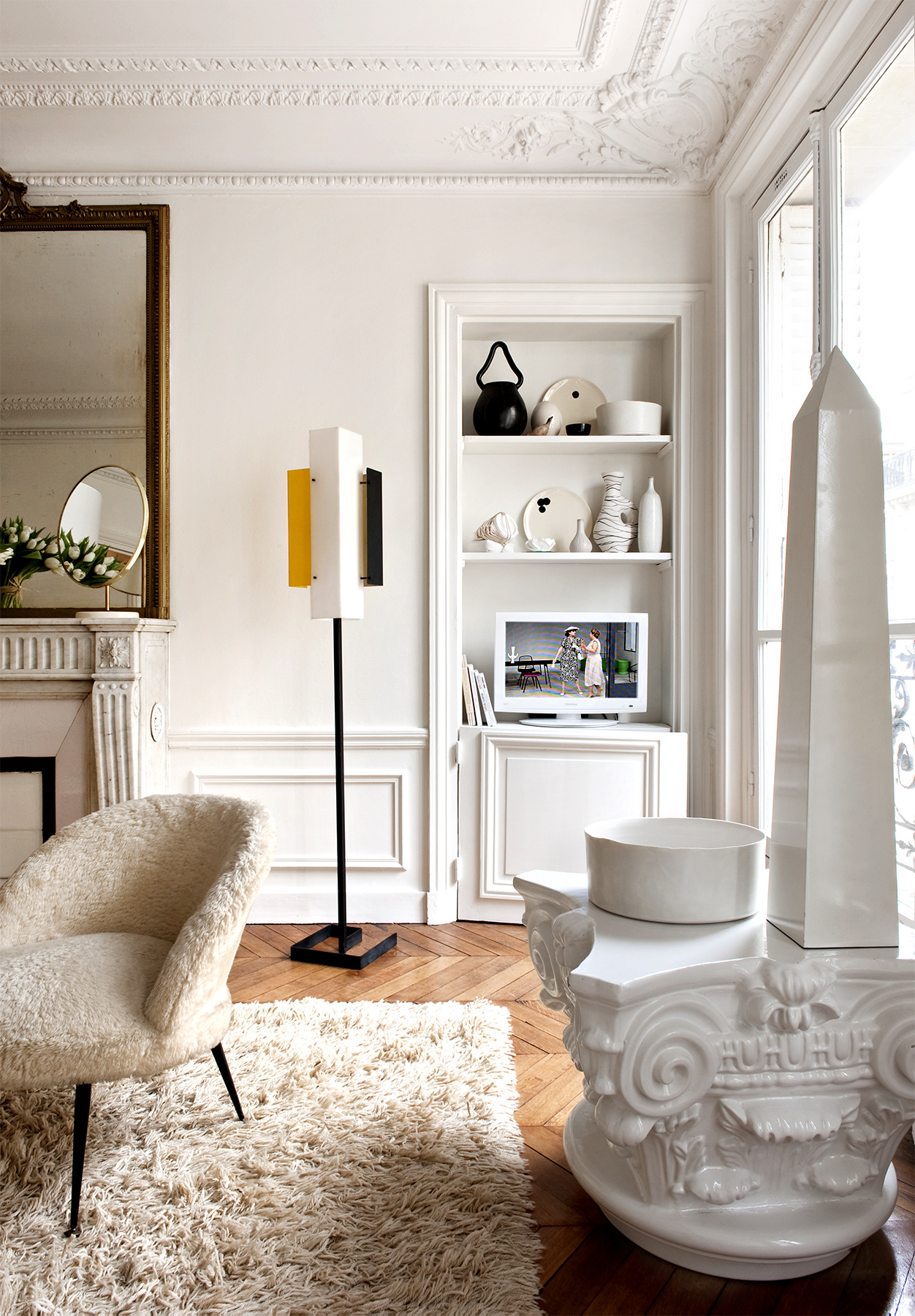 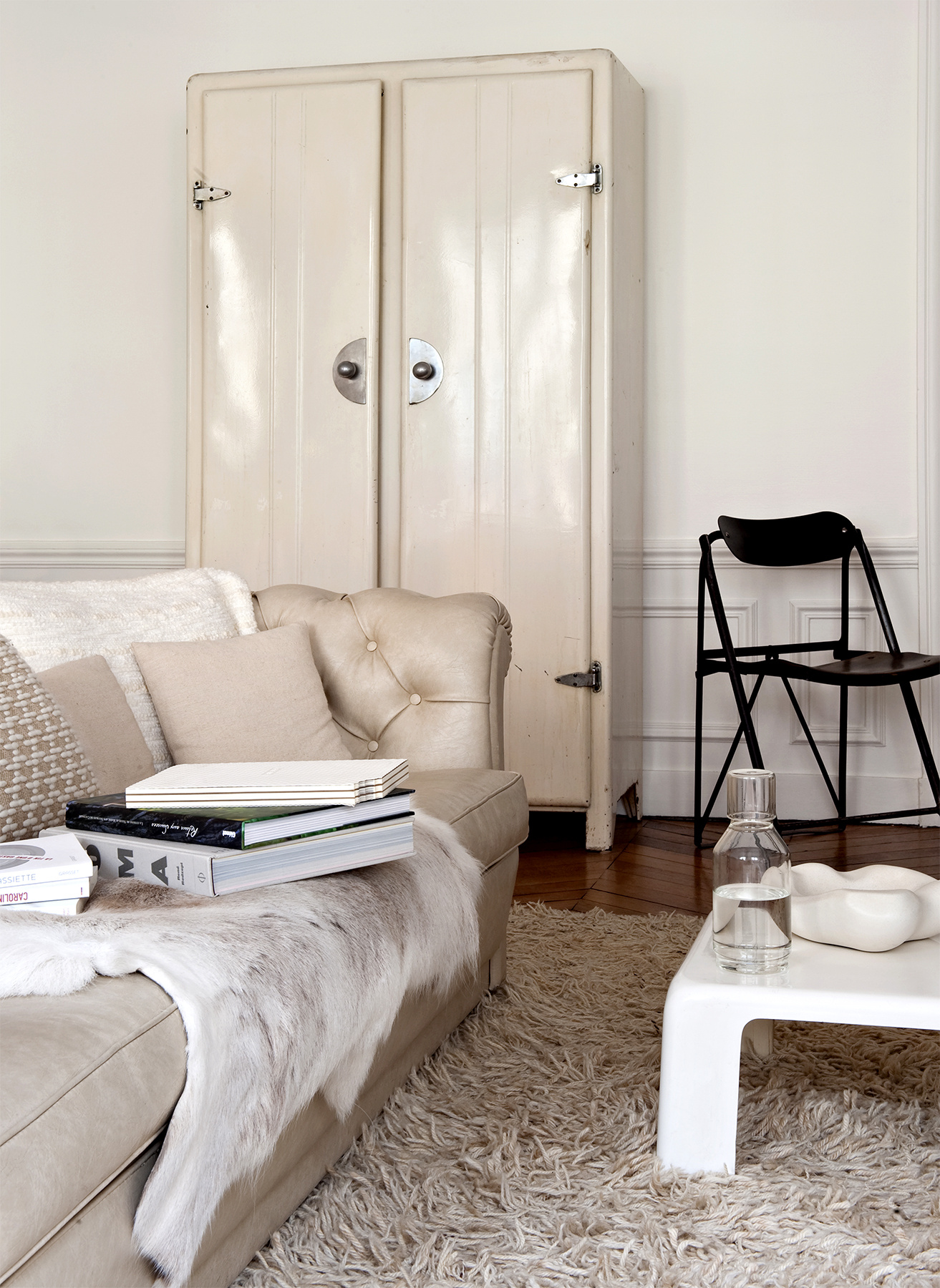 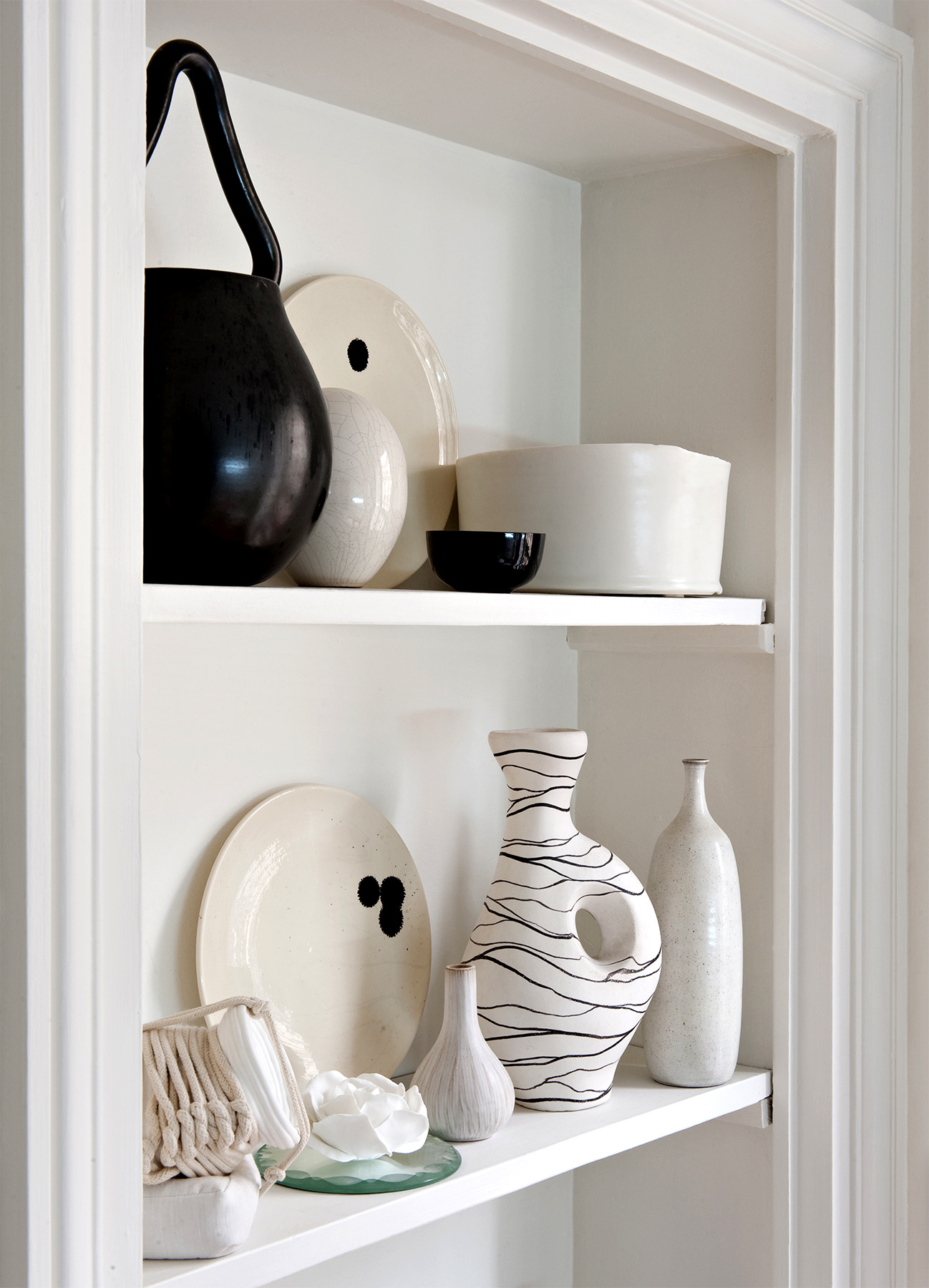 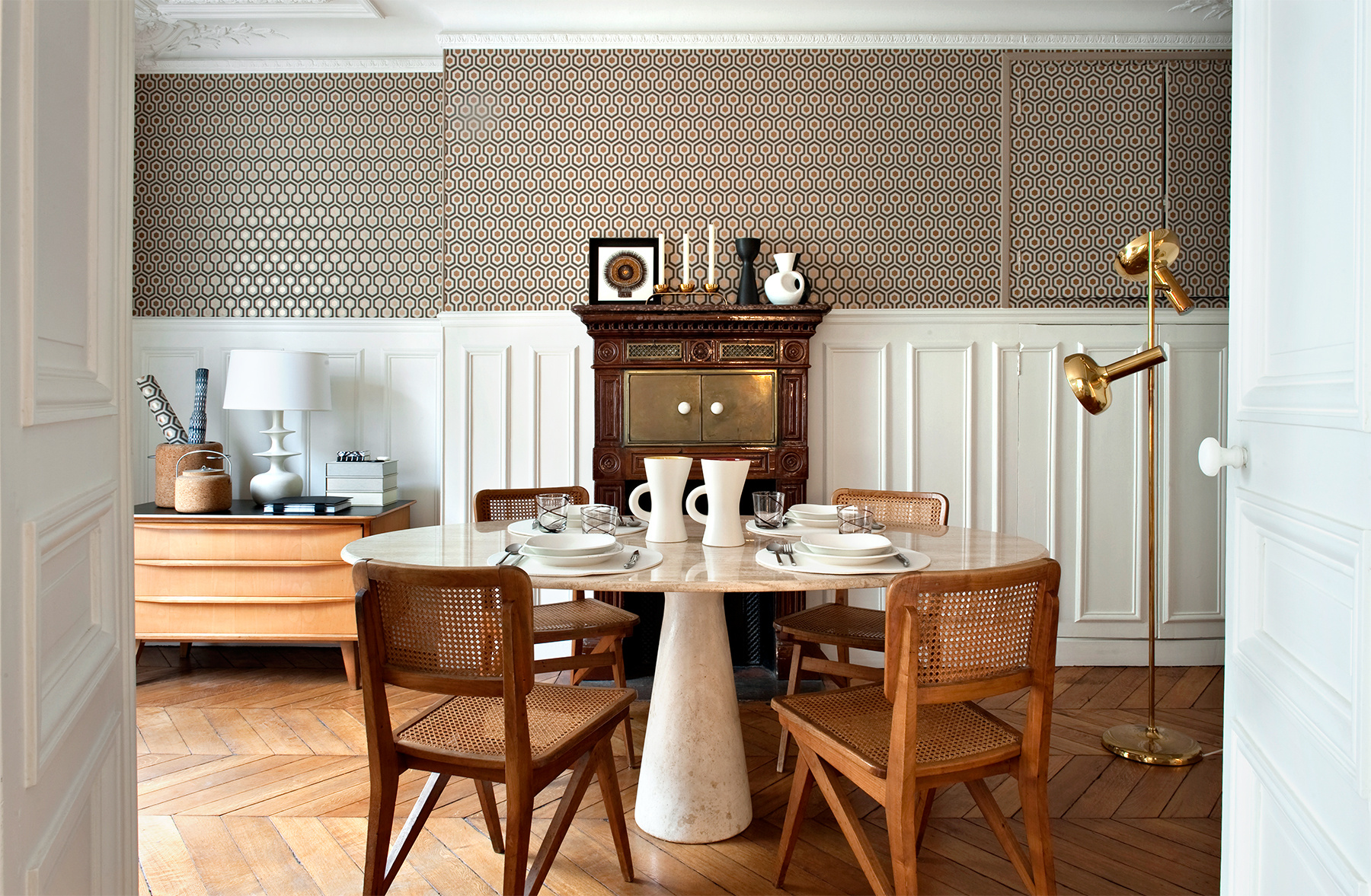 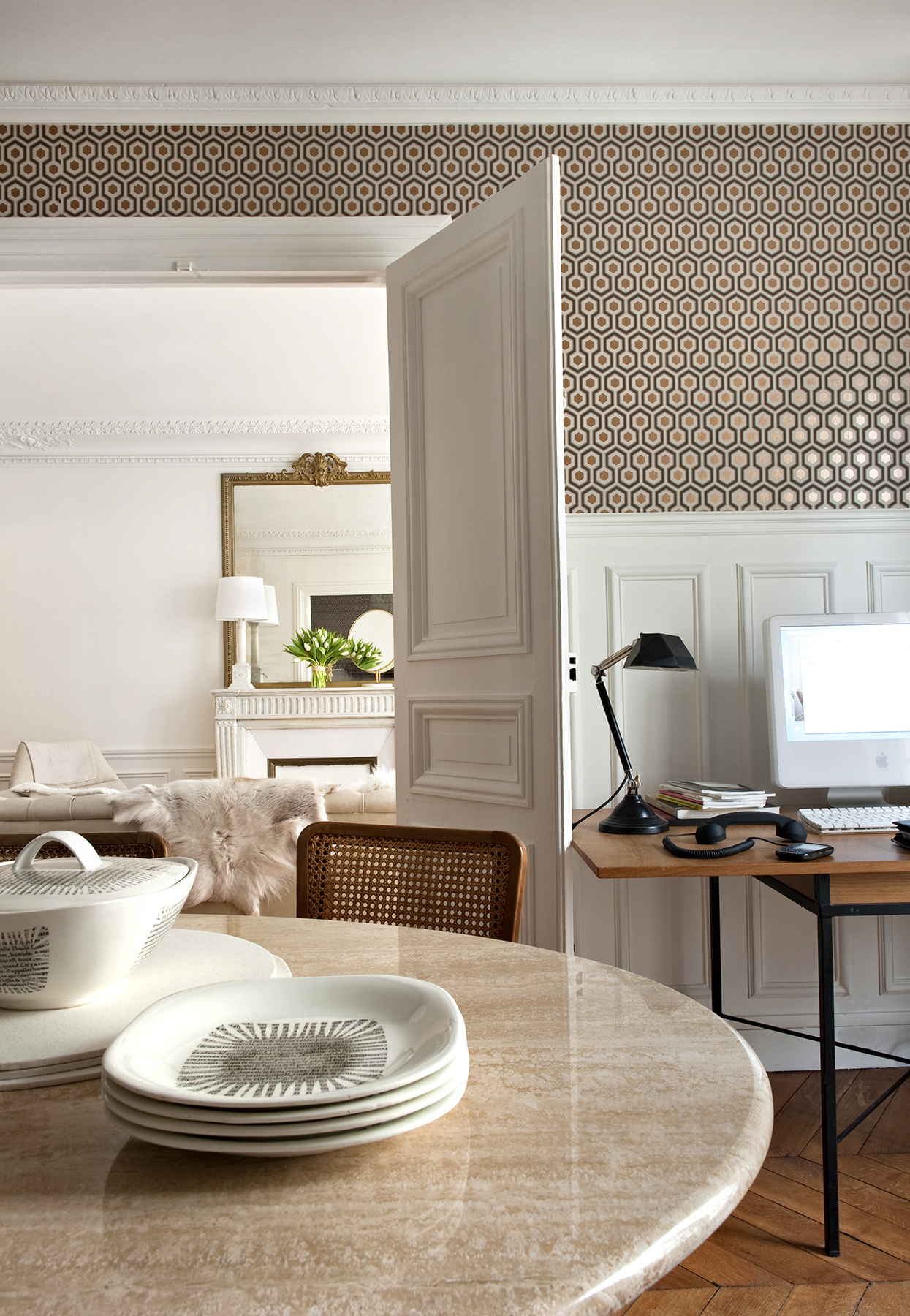 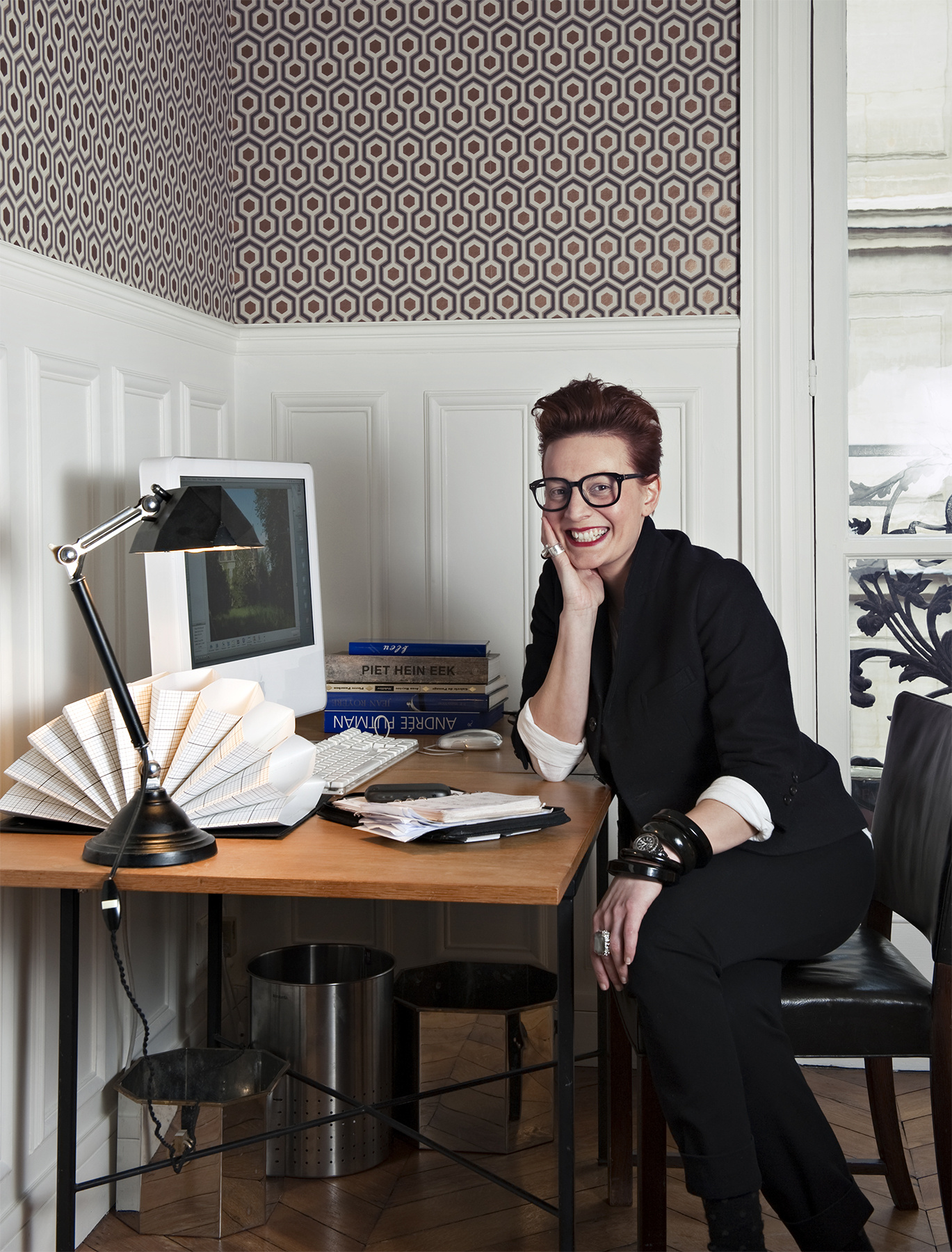 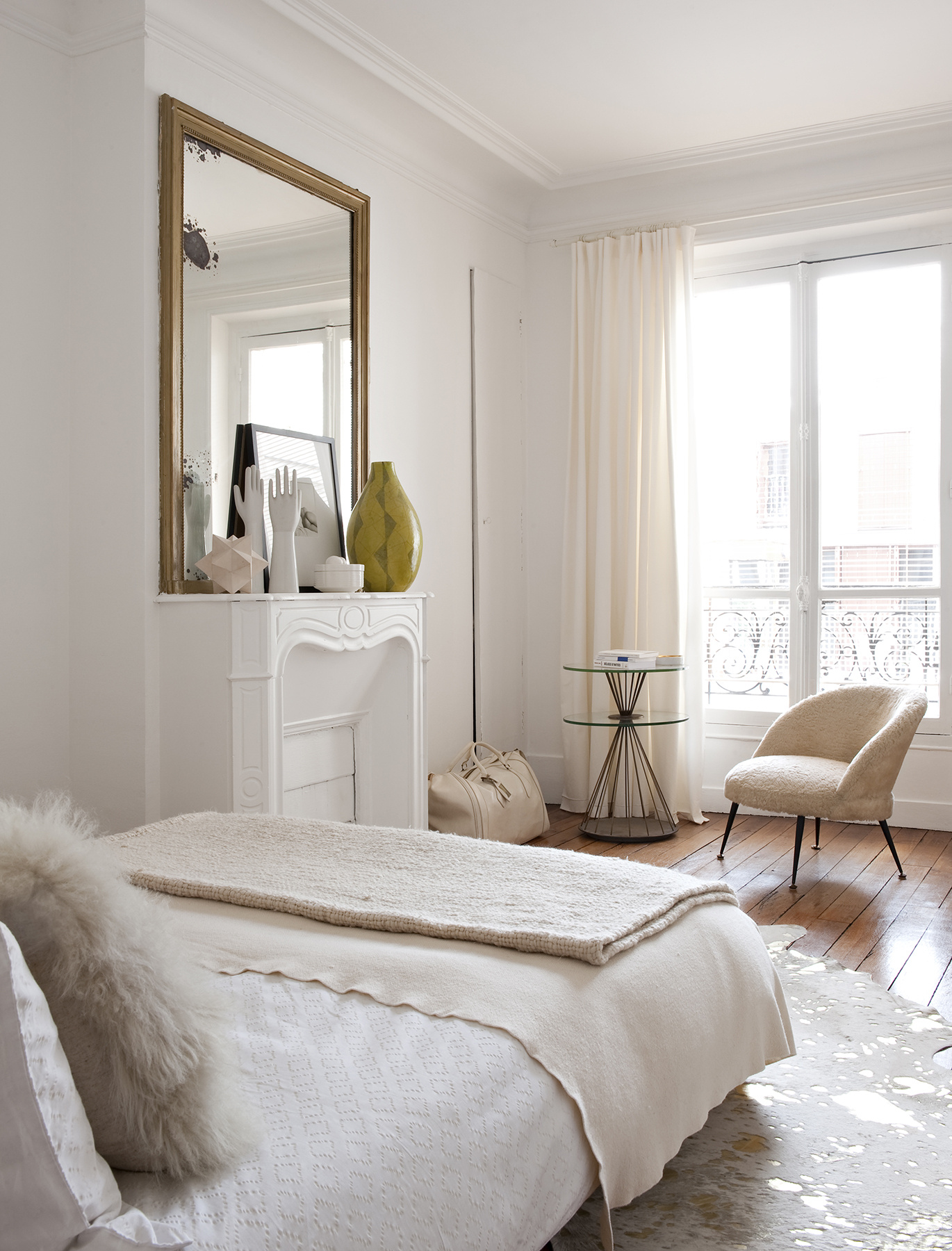 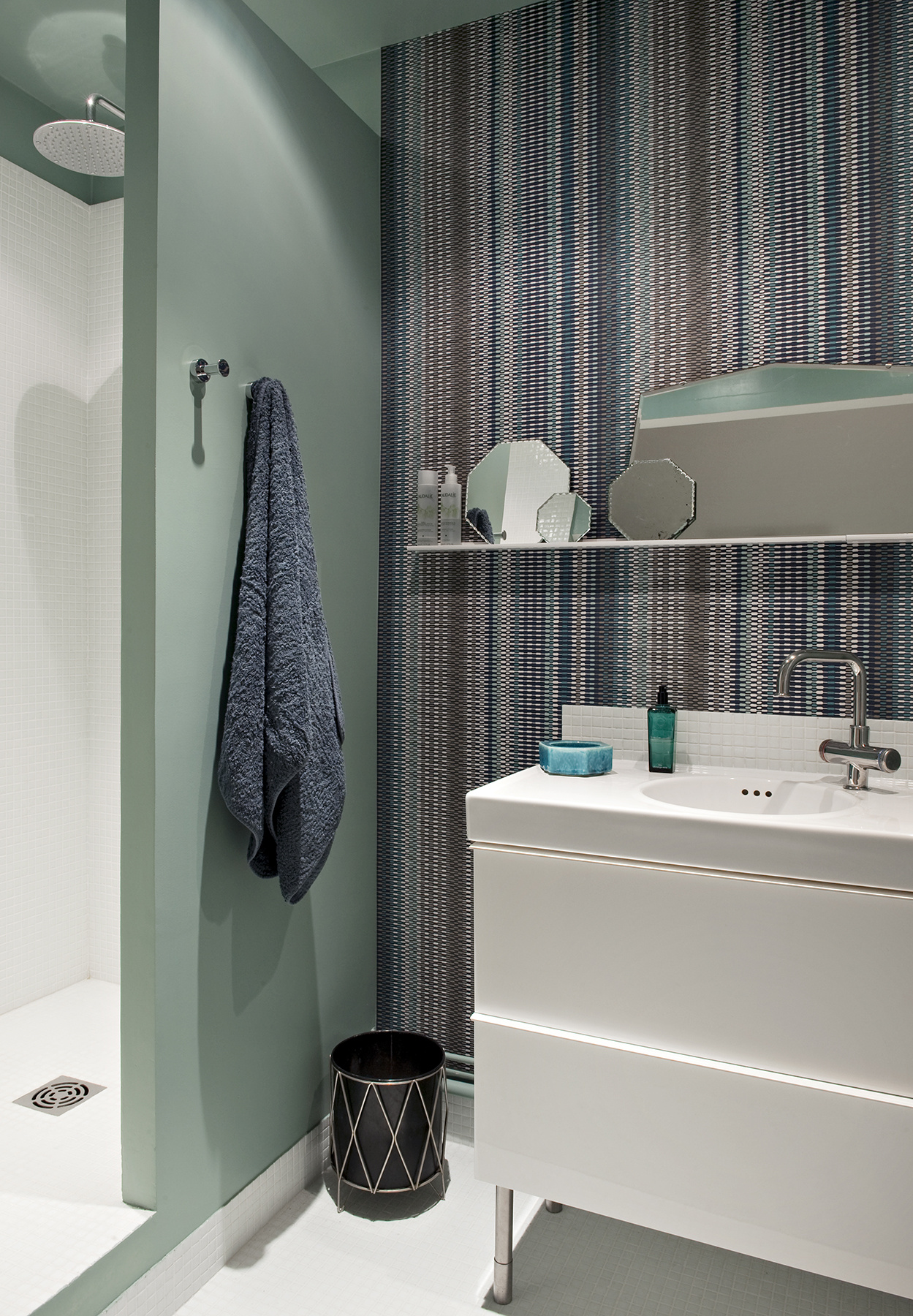 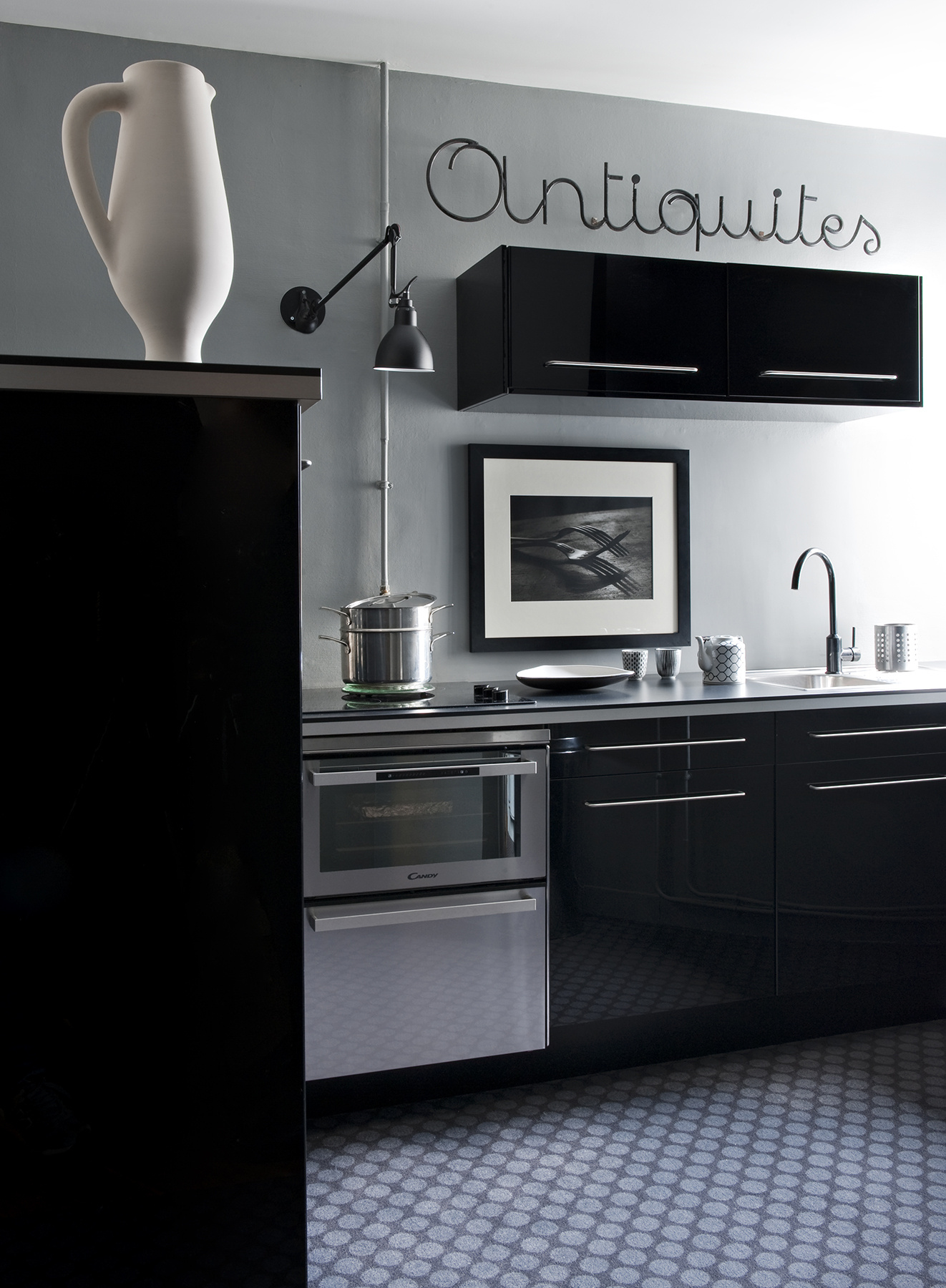 In general, Emilie designs colorful creations with many contrasts. On the contrary, it privileged in its home the neutral tones like the Wimborne White of Farrow & Ball that is combined with some brown and black touches. In the room, he chose pieces from different periods – such as Geoffrey Harcourt’s chair and the neon work of the artist Eric Michel – but with the same types of colors. In the dining room where the table is by Angelo Mangiarotti, the chairs are from the 50’s and the brass lamp dates from the 70’s, the David Hicks wallpaper for Au Fil des Couleurs stands out.

Totally black and gray, the kitchen adorned with works by Pierre Soulages is one of the key spaces. Emilie loves to cook, a passion that was born from her childhood, because her parents own restaurants. “When I was eight, I was fortunate enough to eat with chef Marc Veyrat. I never forgot this experience. The mixture of curiosity, imagination, creativity and professionalism that characterizes it has become a true example for me, a way of thinking. ”

The chromatic palette of the bedroom refers to the living room and provides a peaceful feeling. Interested in people in their everyday universe and their relationship with objects in their environment, Emilie Bonaventure always seeks to generate new ideas to give life to spaces with style. 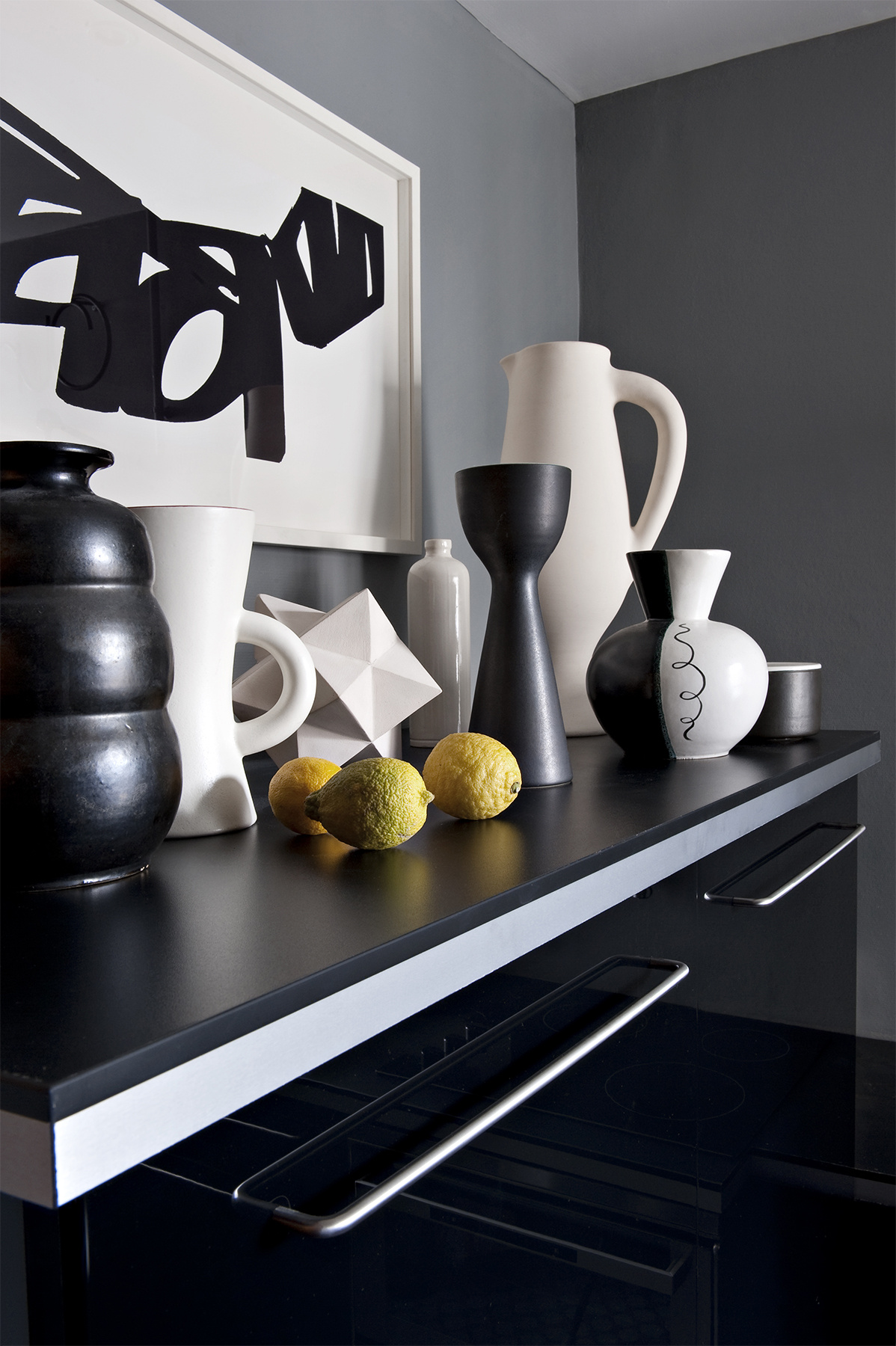