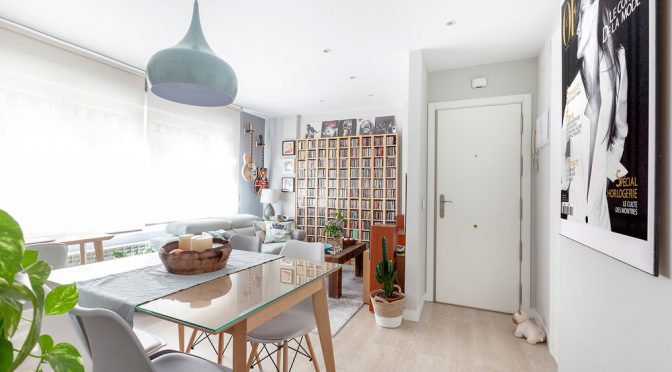 This apartment had a lot of light and possibilities, you just had to give continuity and spaciousness of spaces, so you chose white, gray and above all, small touches of mint green. 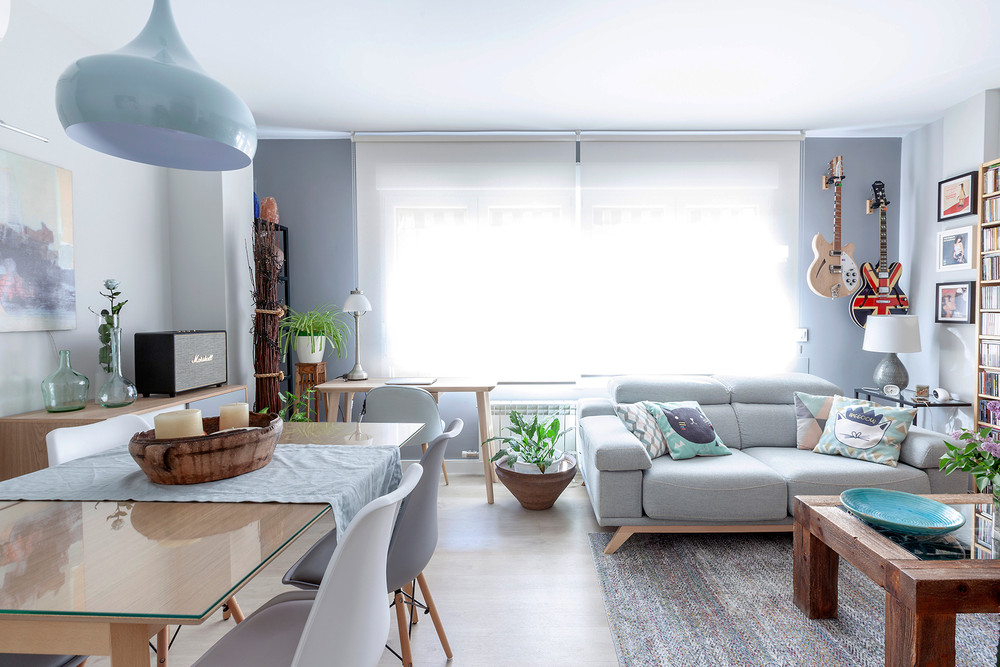 To finish with the only dark point of the house was what the Trexa Aguado team proposed when beginning the reform of this two-bedroom, two bathroom, kitchen and living room, of Madrid, and it did so with a color palette that spoke in white, in gray but above all in small mint green touches ** “The house is very bright and only had a narrow and dark point, which was the living room, closed with its wall and its door without allowing the light to flow in a natural way, “says Aguado,” so we knocked down the partitions and the doors that imprisoned him. ” In this way the house formed an organic whole to which visual continuity was given using, in addition to a chromatic unit, the same paved laminated wood (except in the bathrooms). 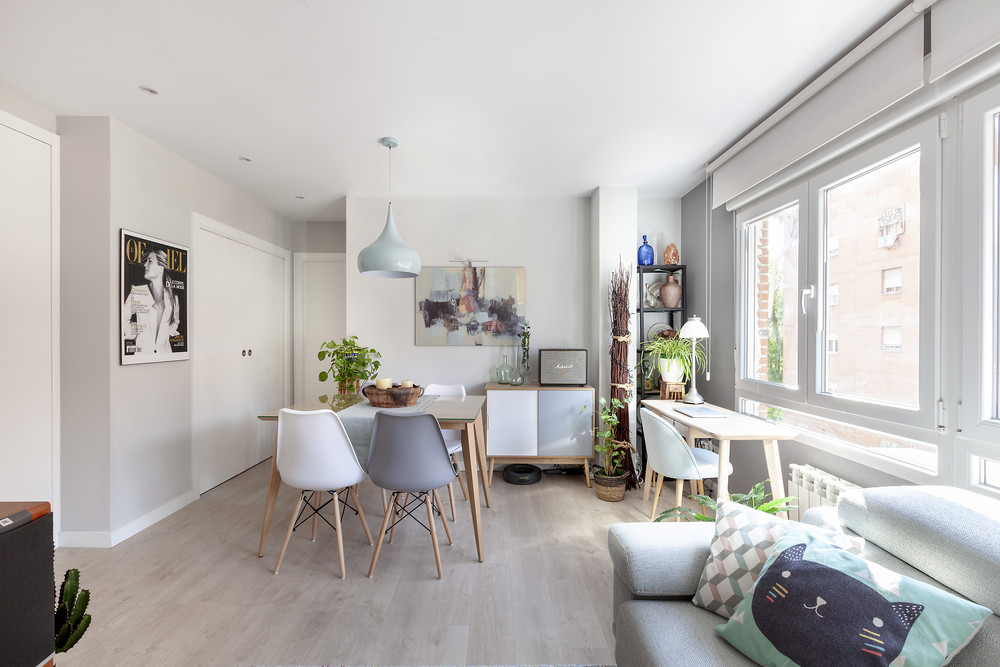 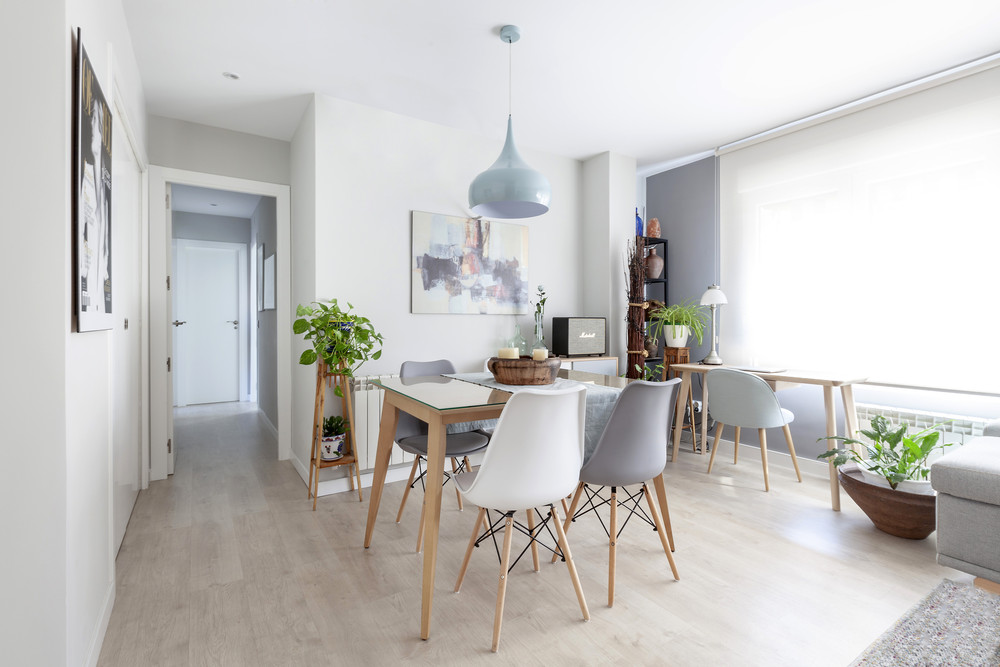 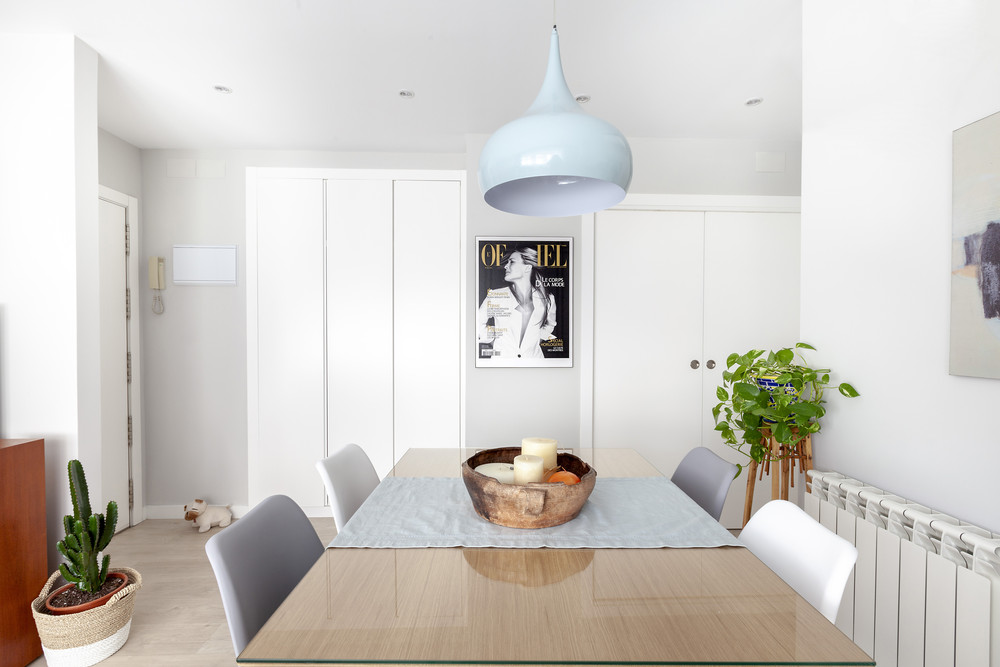 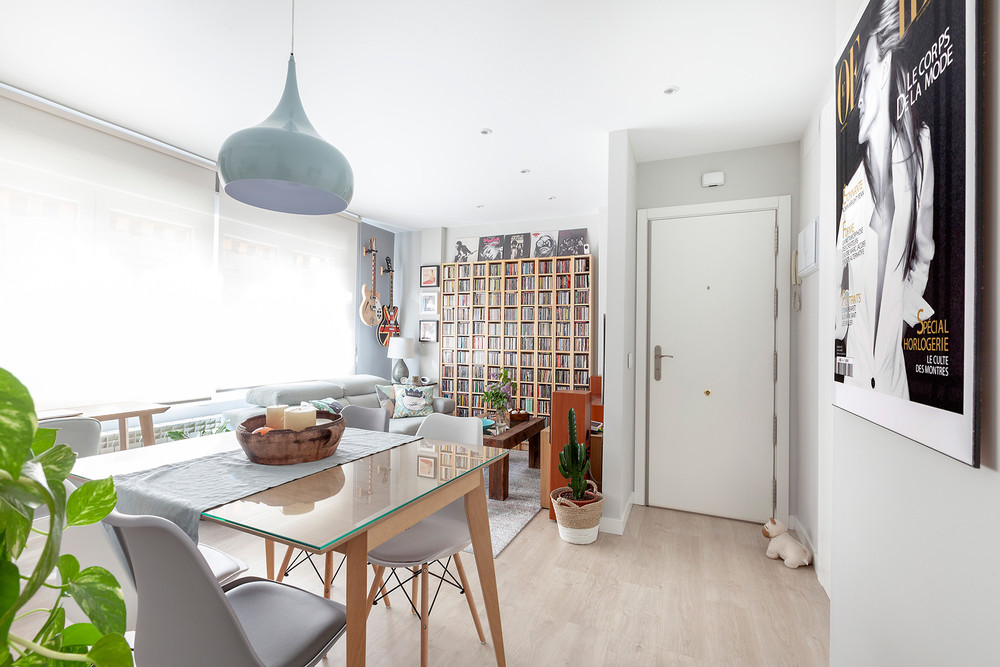 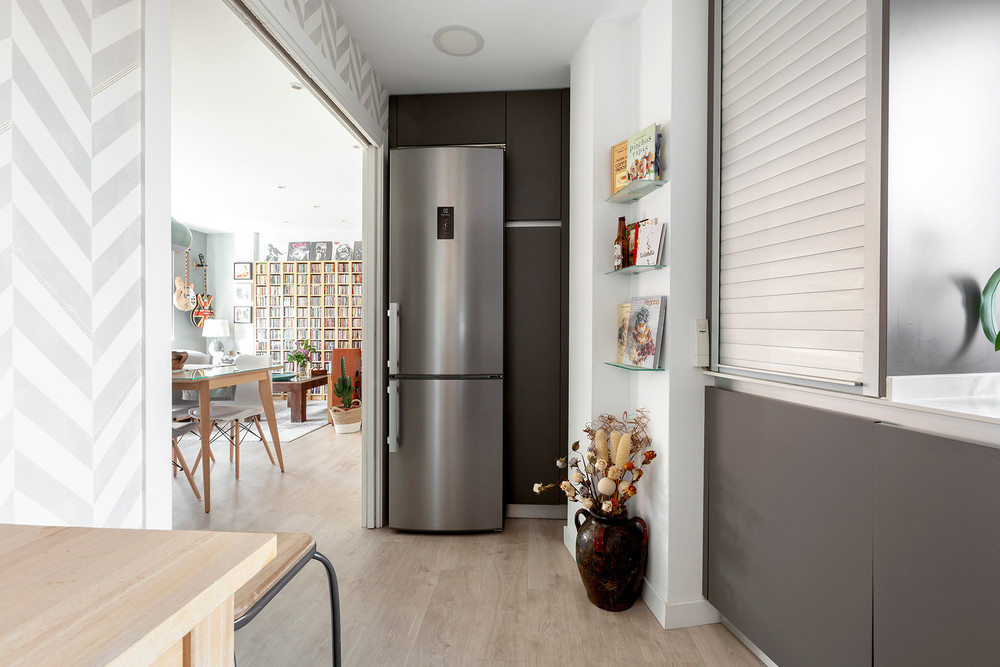 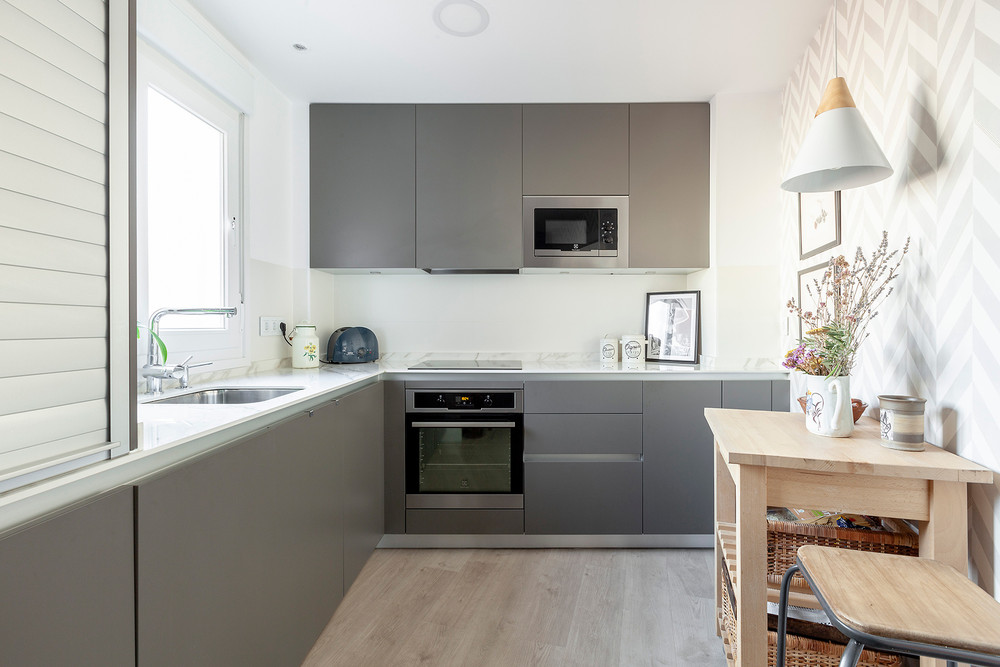 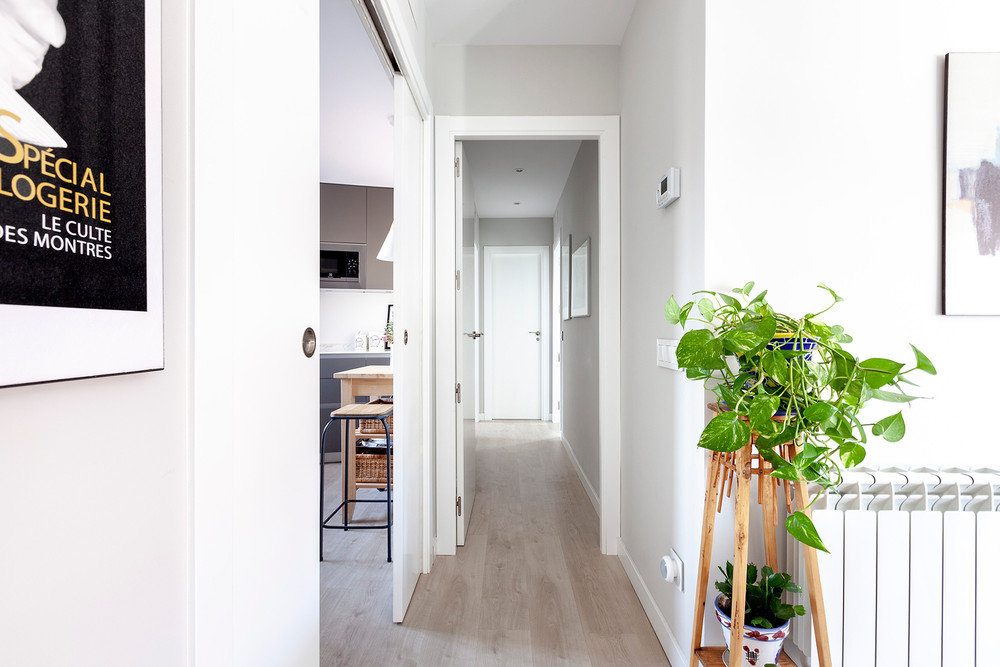 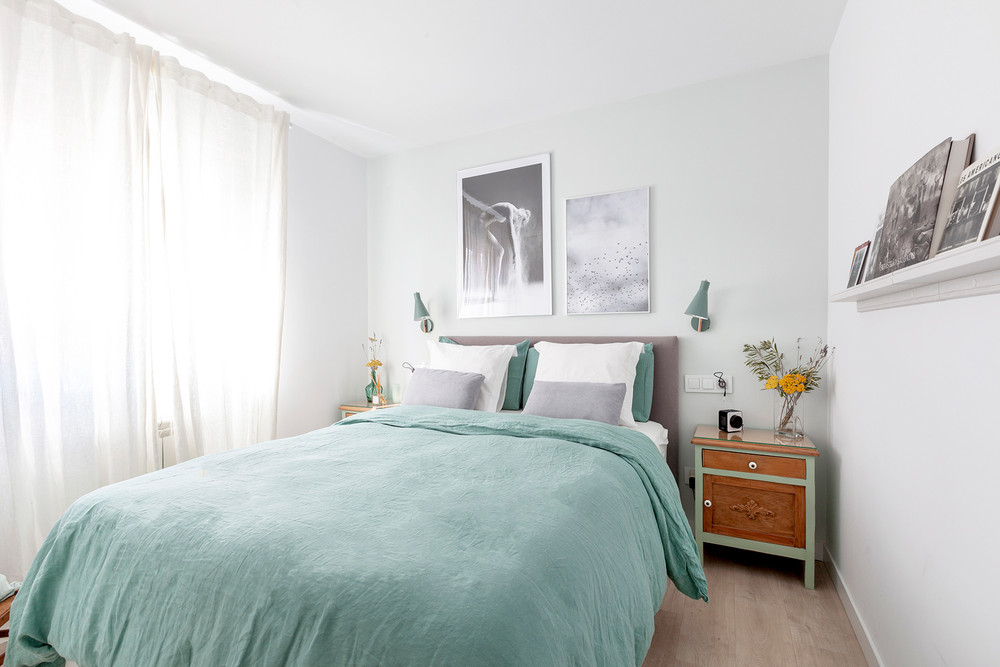 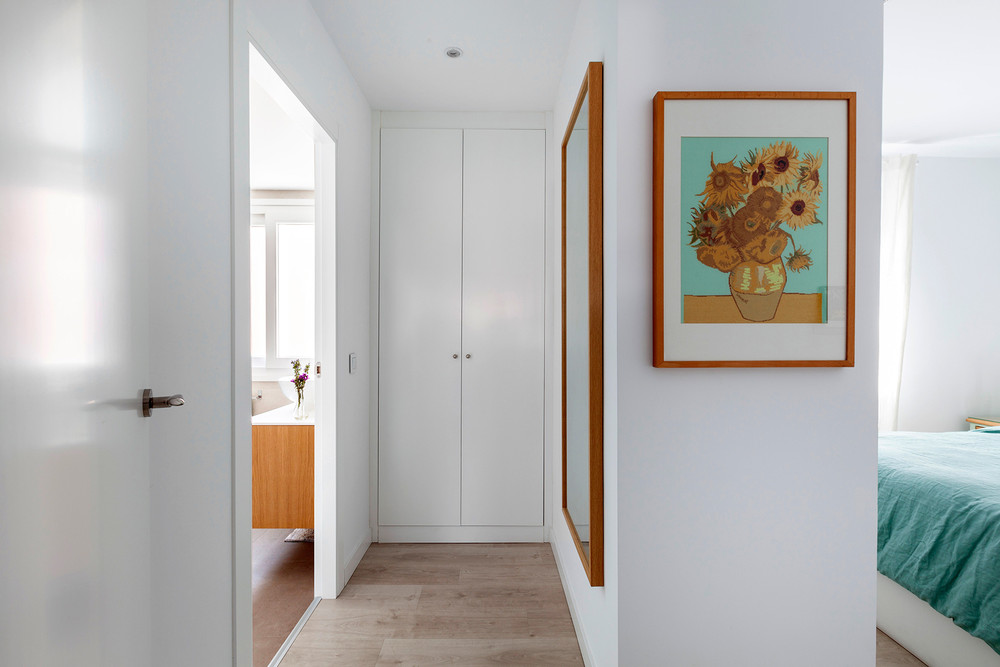 To continue with that sense of spaciousness that the owners were looking for, we played with the opening of the kitchen to the living room, which although it is not at all, contributes to gain space thanks to the sliding doors embedded in the wall, so that it can be done independent when closing it but establishes contact. Thanks to the clarity, it was possible to opt for the dark gray for the kitchen and a wallpaper on the wall, the only distinct element, but enchanted with the three ambiences of the living room, the dining room near the kitchen, the work area next to the window and the most secluded living area. Carpentry in white, walls in soft gray, precise points dotted with mint green and some pieces in wood to give warmth to the environment define the house, functional and without shrillness, with marked lines and a very personal style.