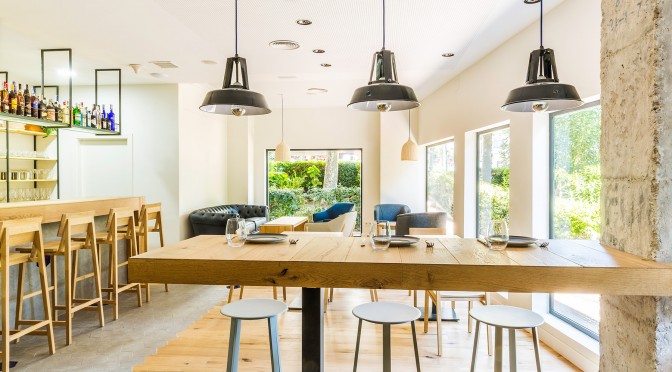 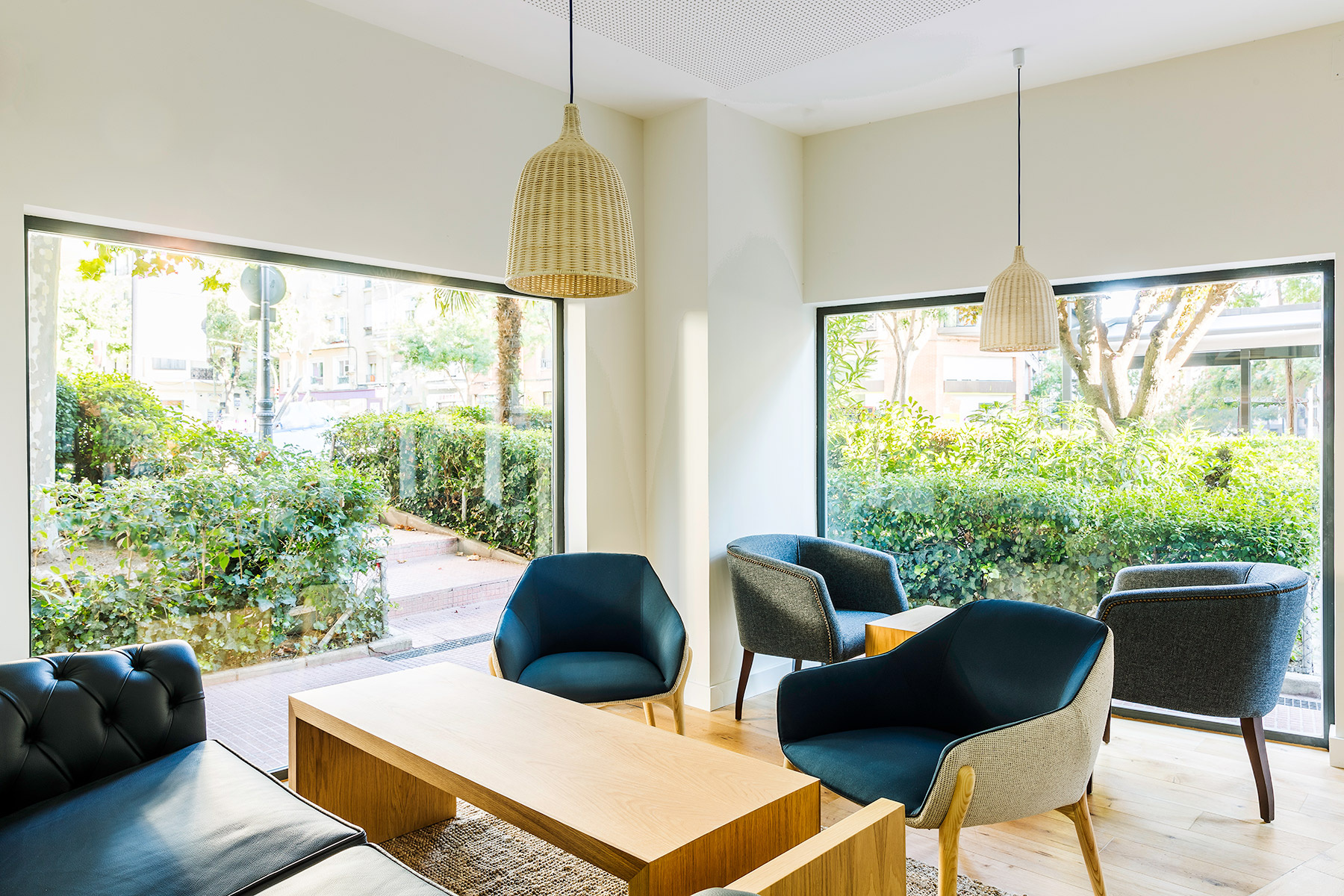 The challenge was clearly defined: to give a fresh air without losing its essence, a seafood restaurant with a long tradition in Madrid. Atrapallada inside, a Galician restaurant with tradition, had been stuck in the past. It was very compartmentalized and neither light nor people flowed easily. Zooco Studio, responsible for the reform, decided to cut his losses and pulled down walls to open spaces and make continuous, without visual breaks between them.

Once they had the blank canvas, they began to define the different areas (a bar, an area for snacks and dining room) with two materials: concrete and wood. The first, hard and very resistant, is used for areas with more traffic. The second is transformed along local, taking the form of socket, or bar tables and bringing warmth wherever it is needed. 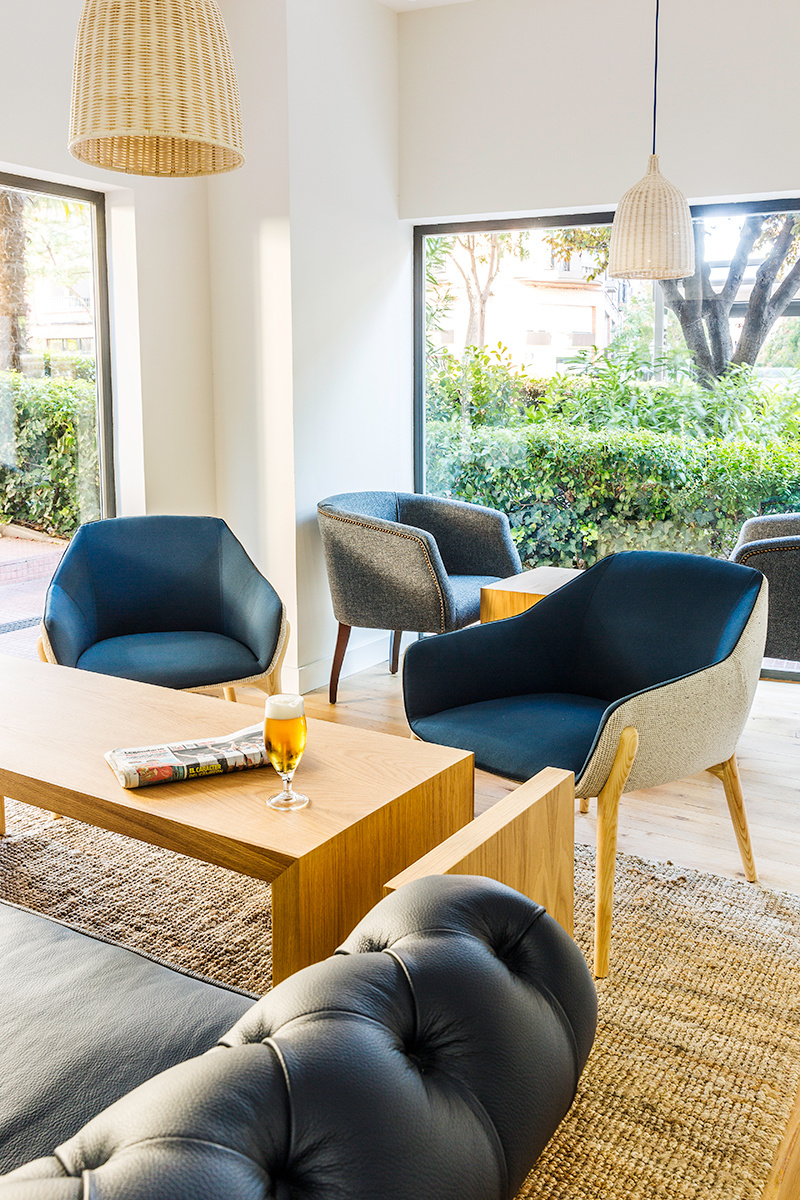 The facade was also given a facelift, with larger gaps in the windows and removing the bars to give greater depth and connect the interior with the exterior to invite people to pass.

Sailors winks are dotted around the space, and the ropes that decorate and hide columns or serve to separate environments, touches of blue or wood getting at times to imagine that we are in a boat. For the furniture was chosen by the infallible Nordic style. Fresh pieces fished in stores in northern Europe and Spain which manage to create a calm and contemporary atmosphere that takes us to a coastal town. Who said there was no beach in Madrid? 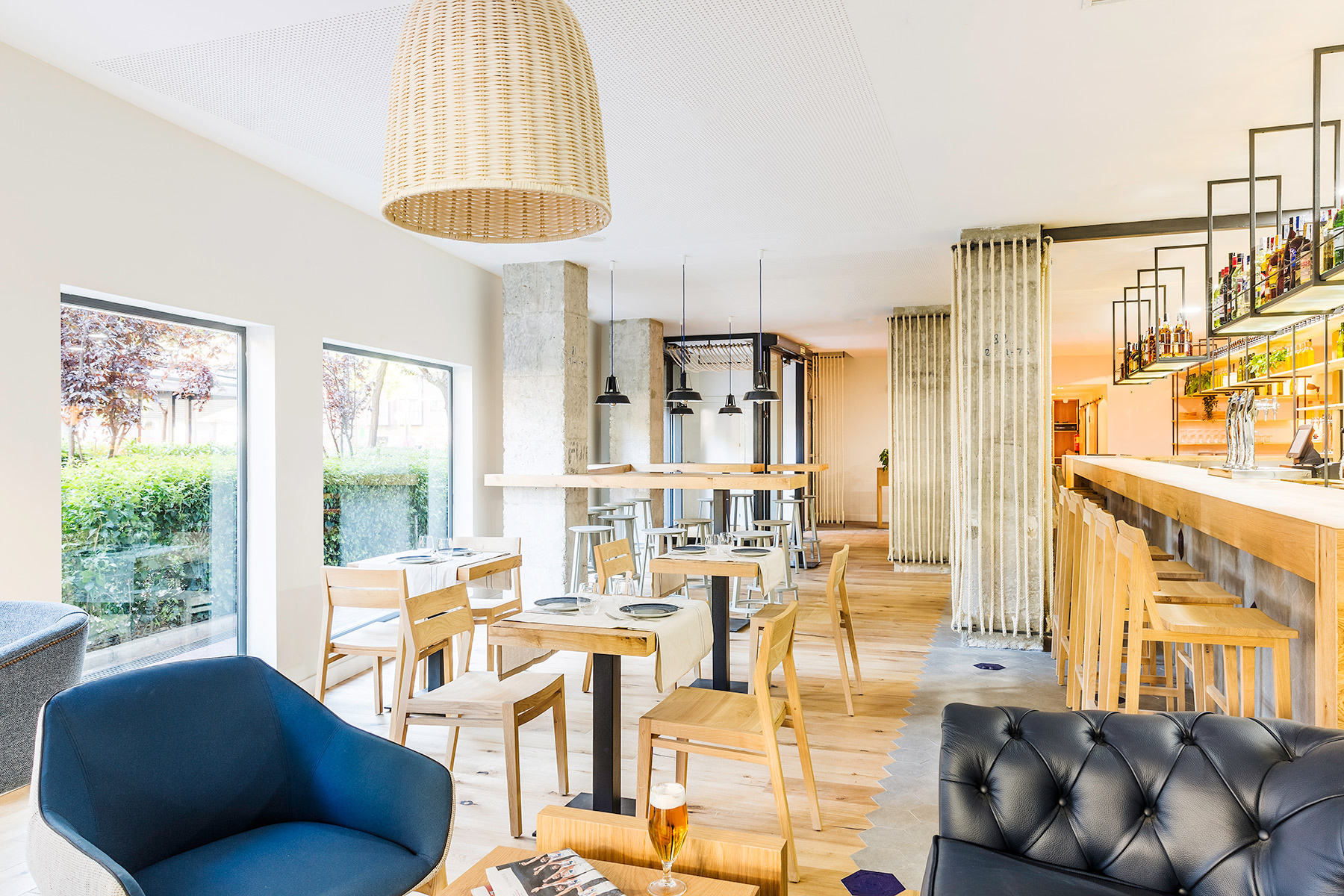 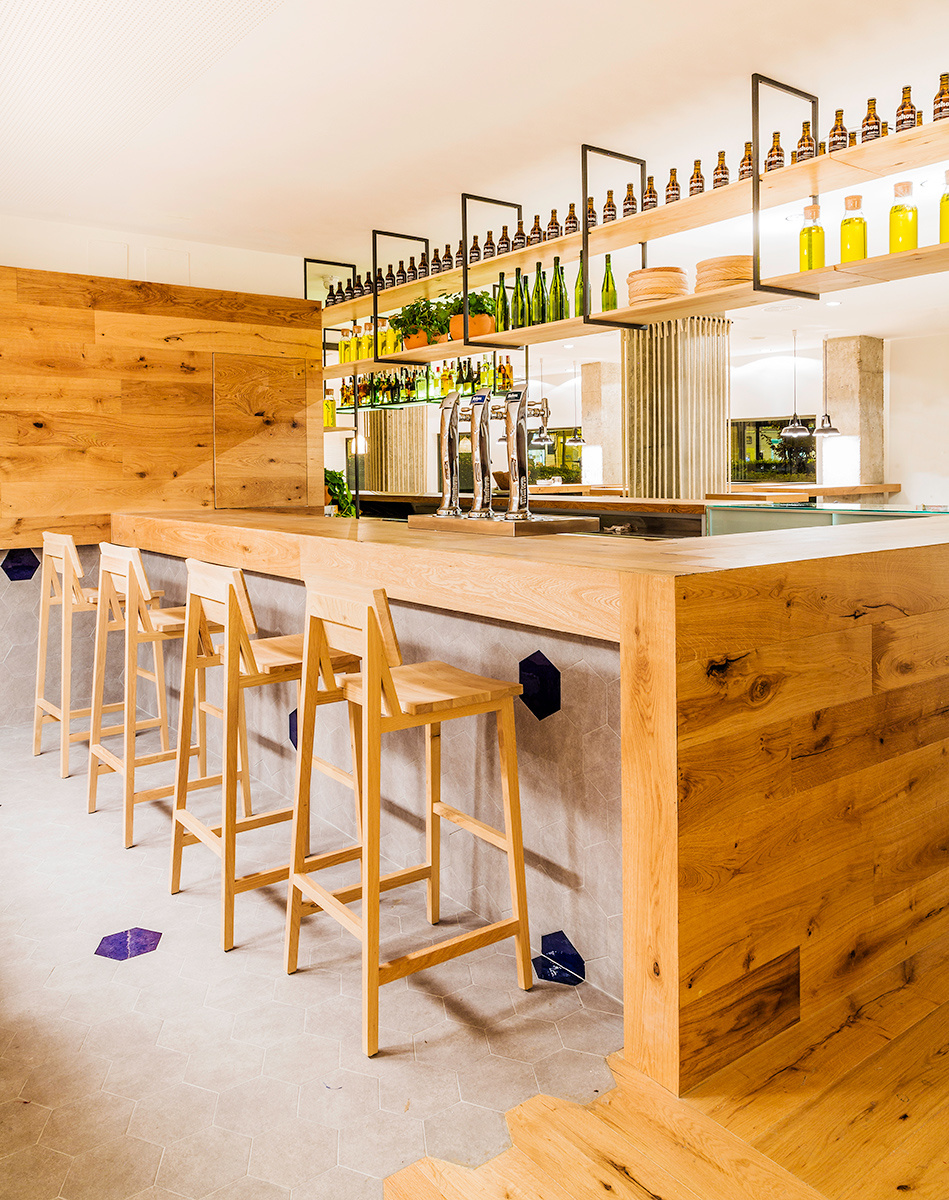 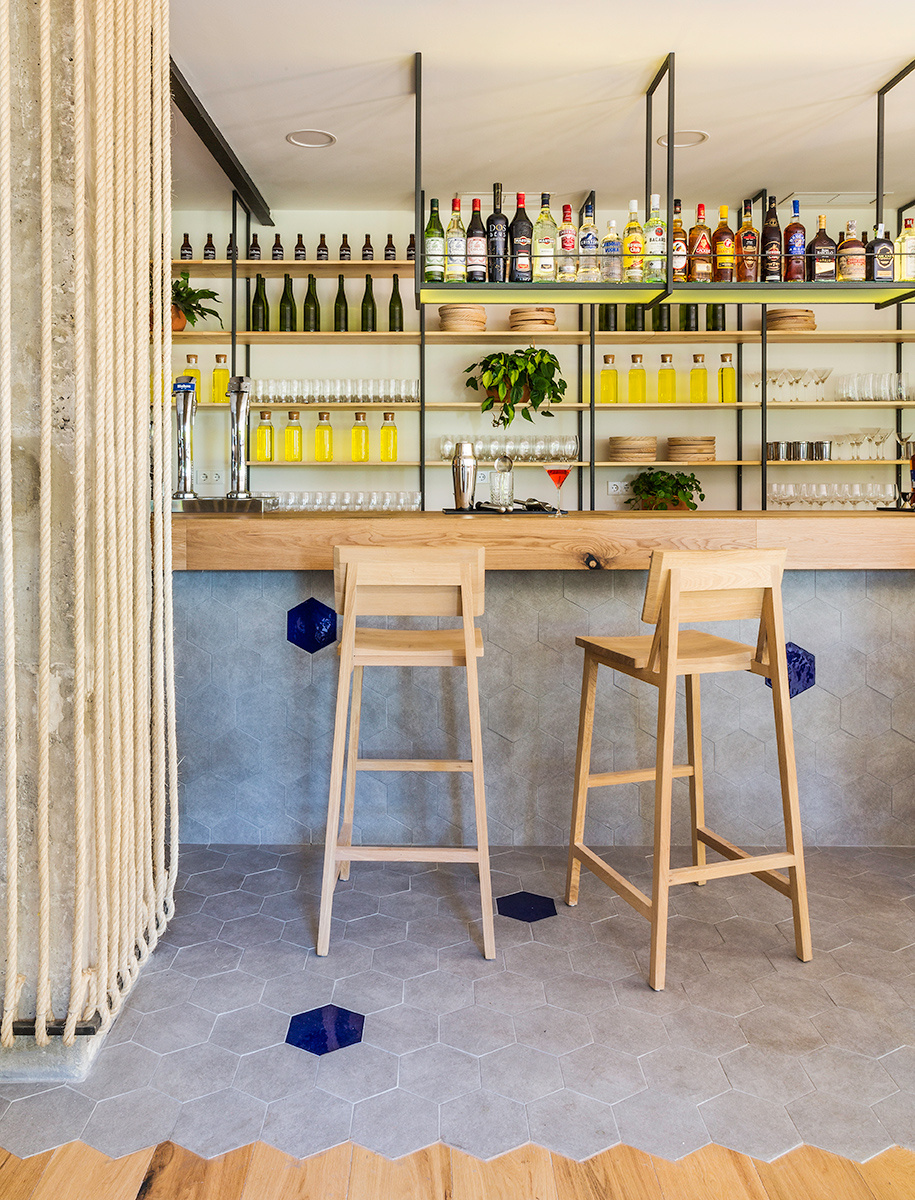 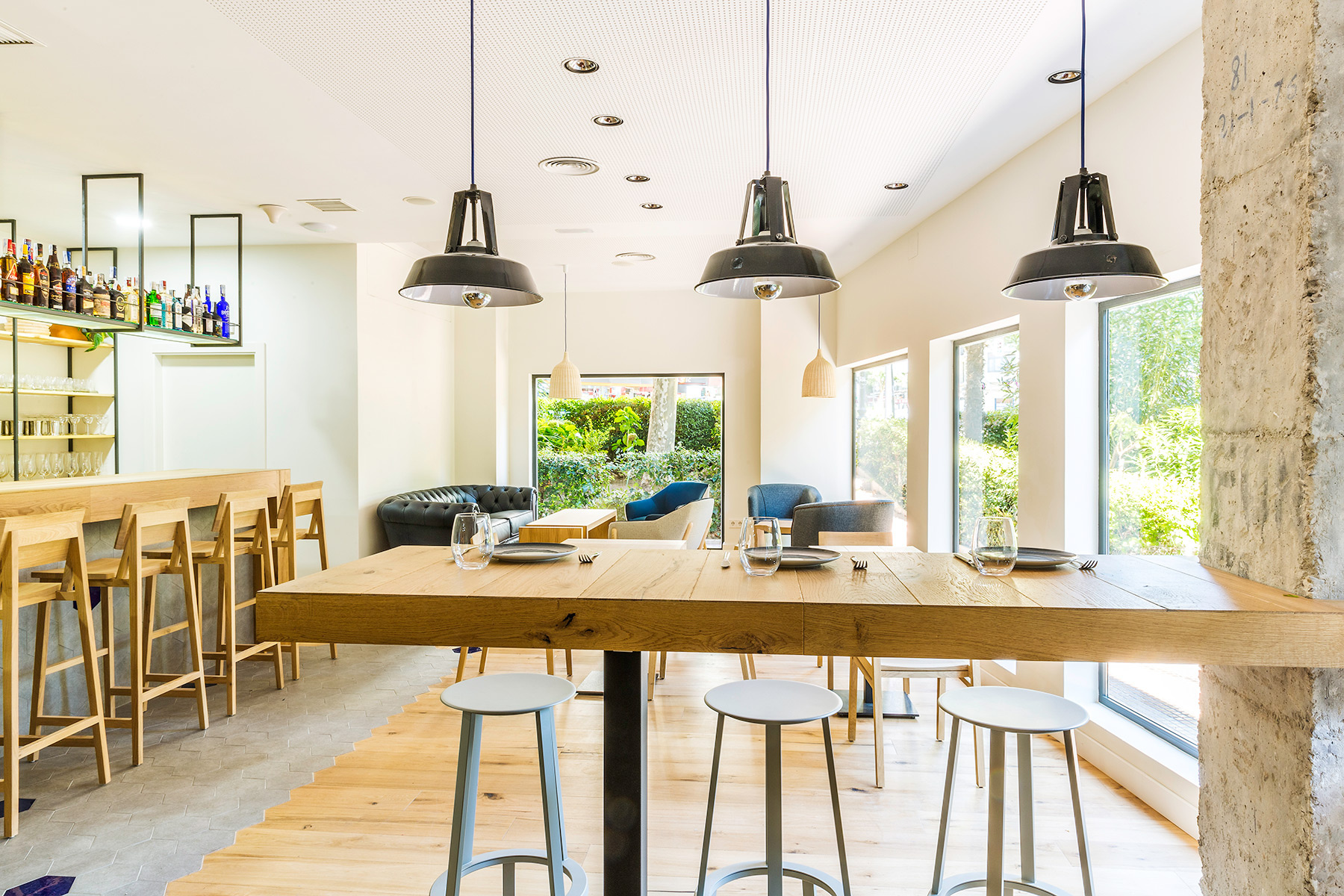 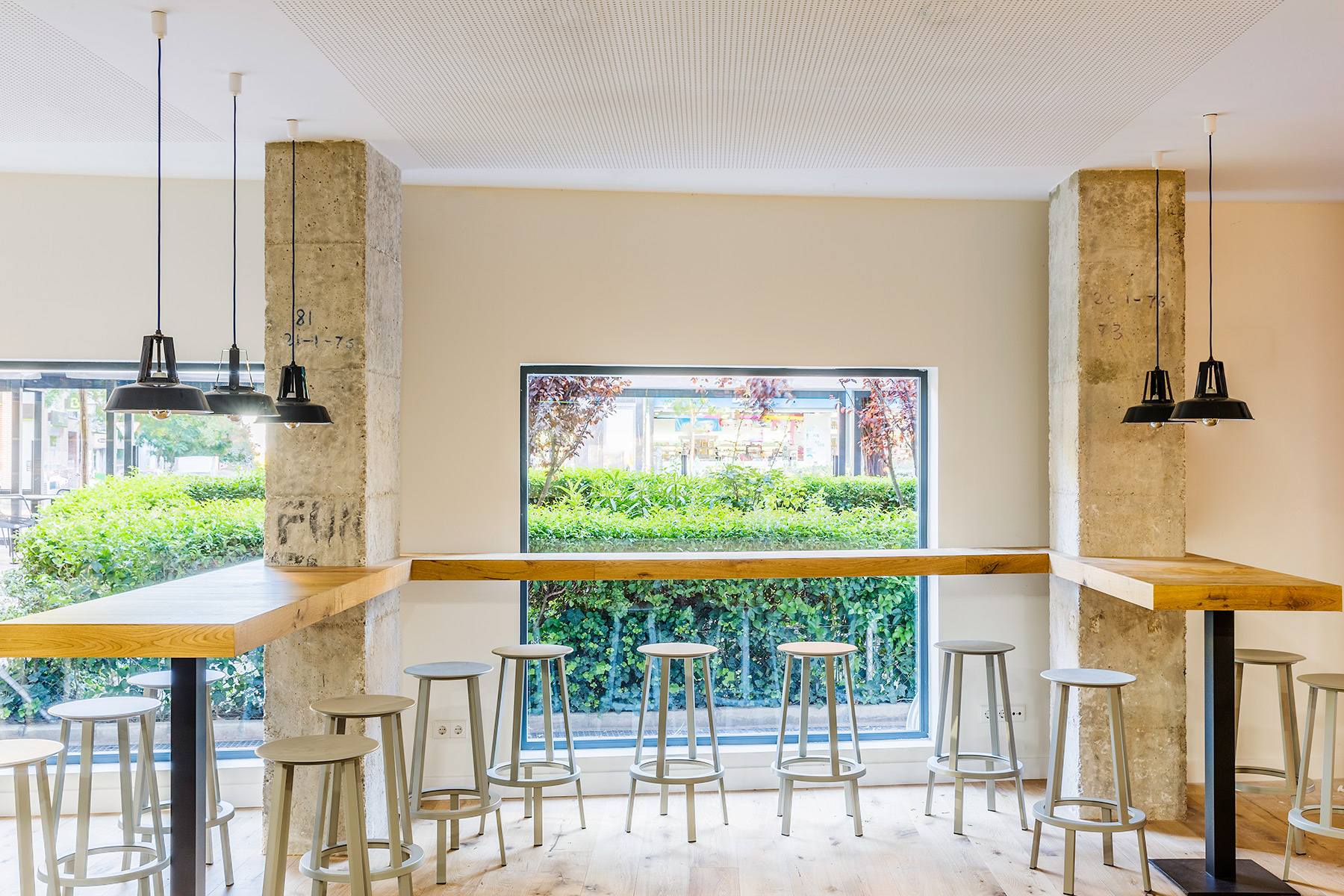 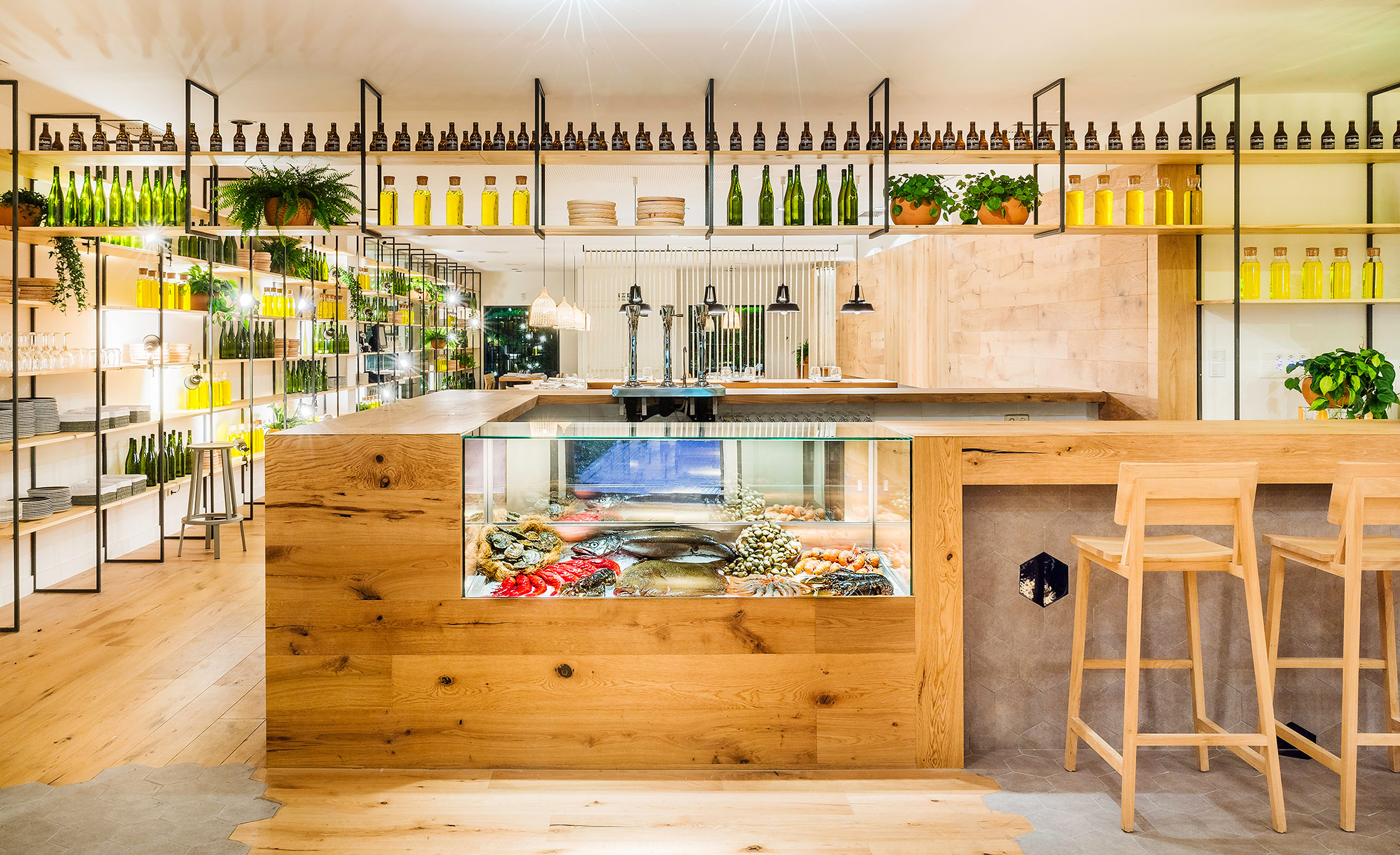 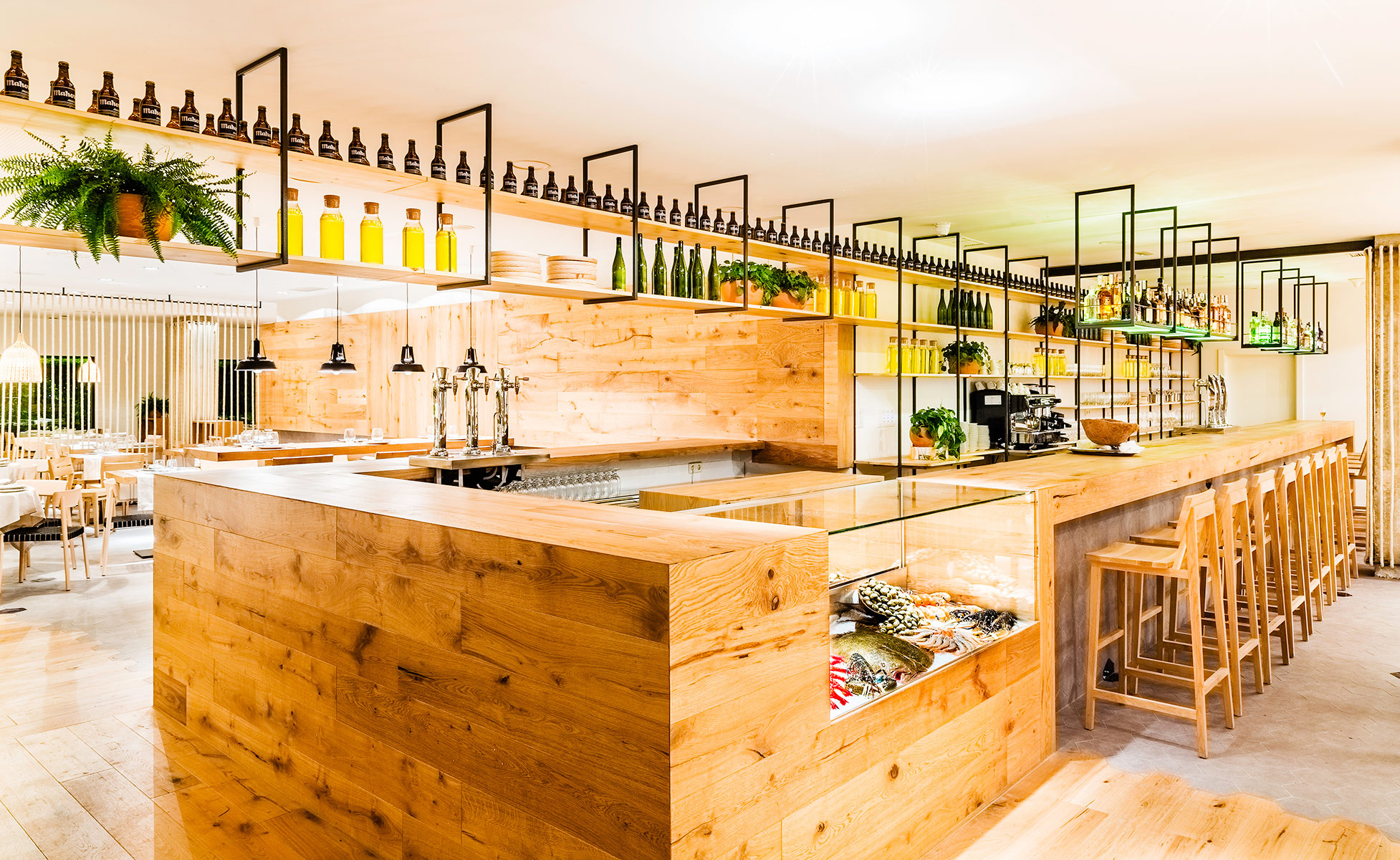 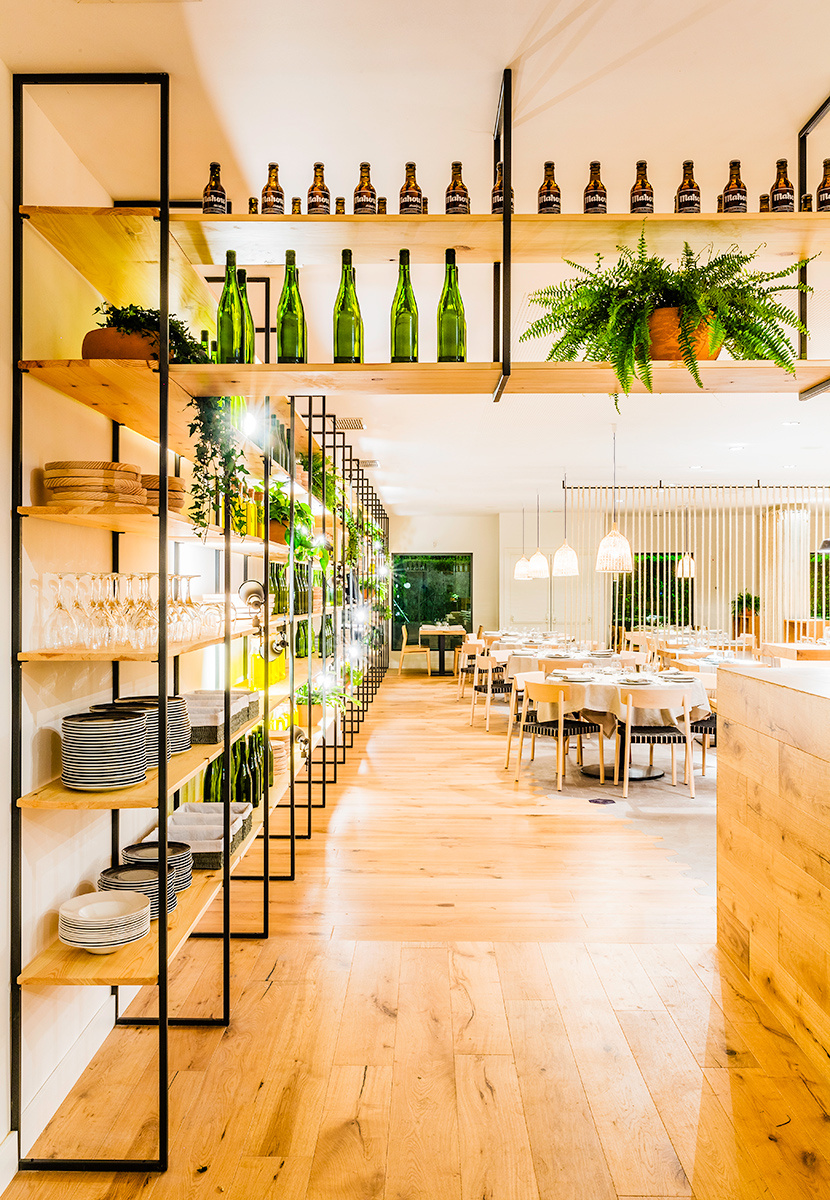 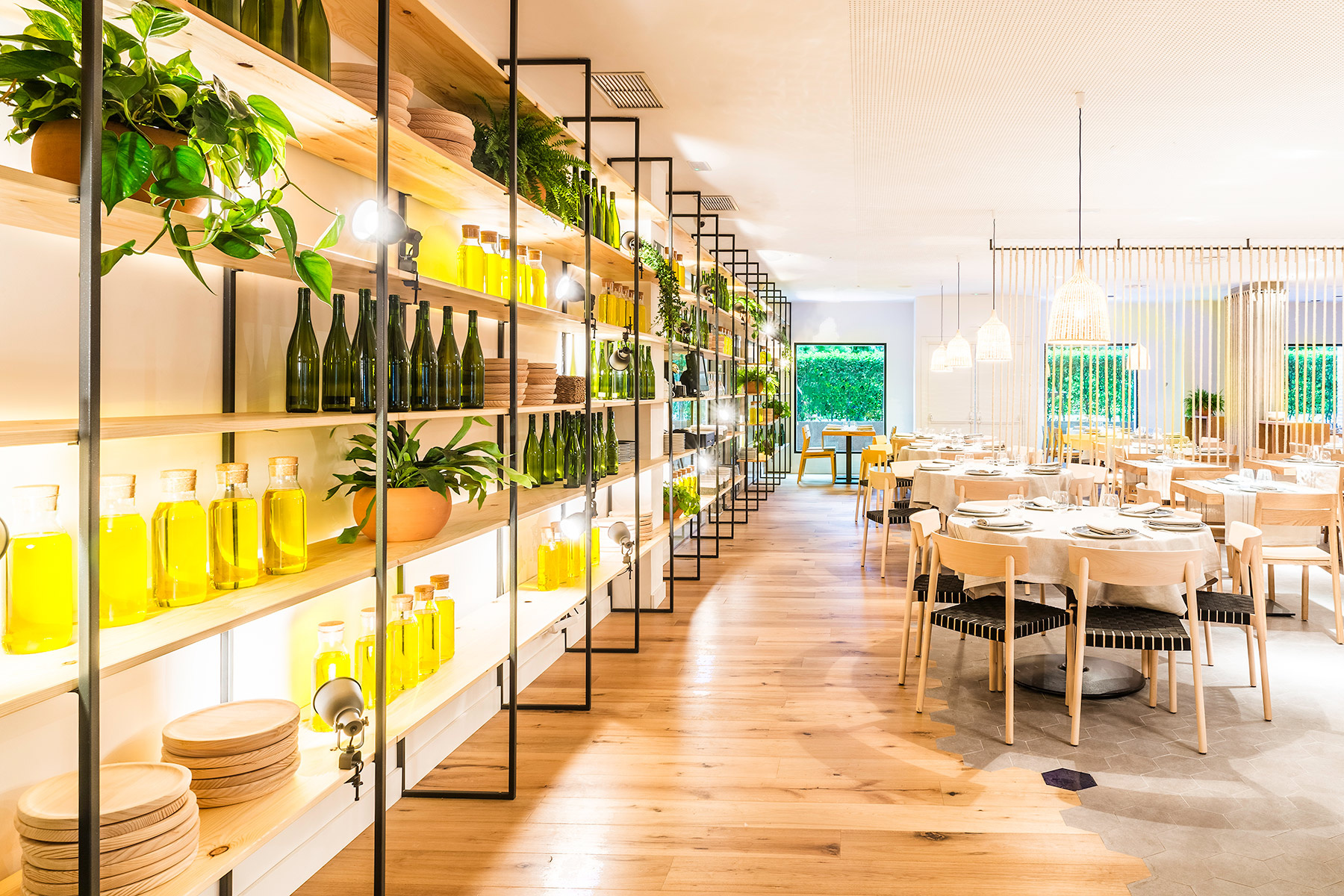 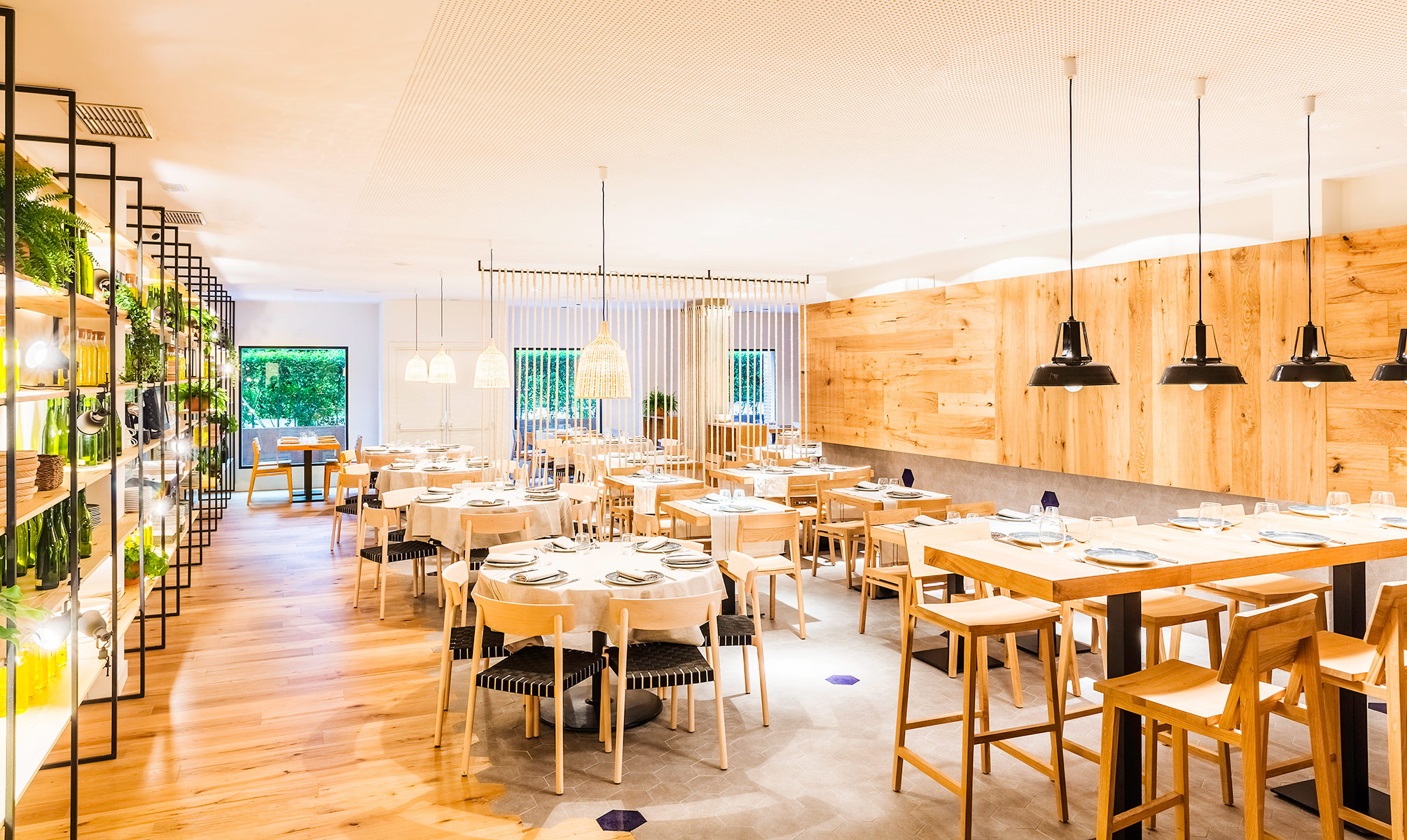 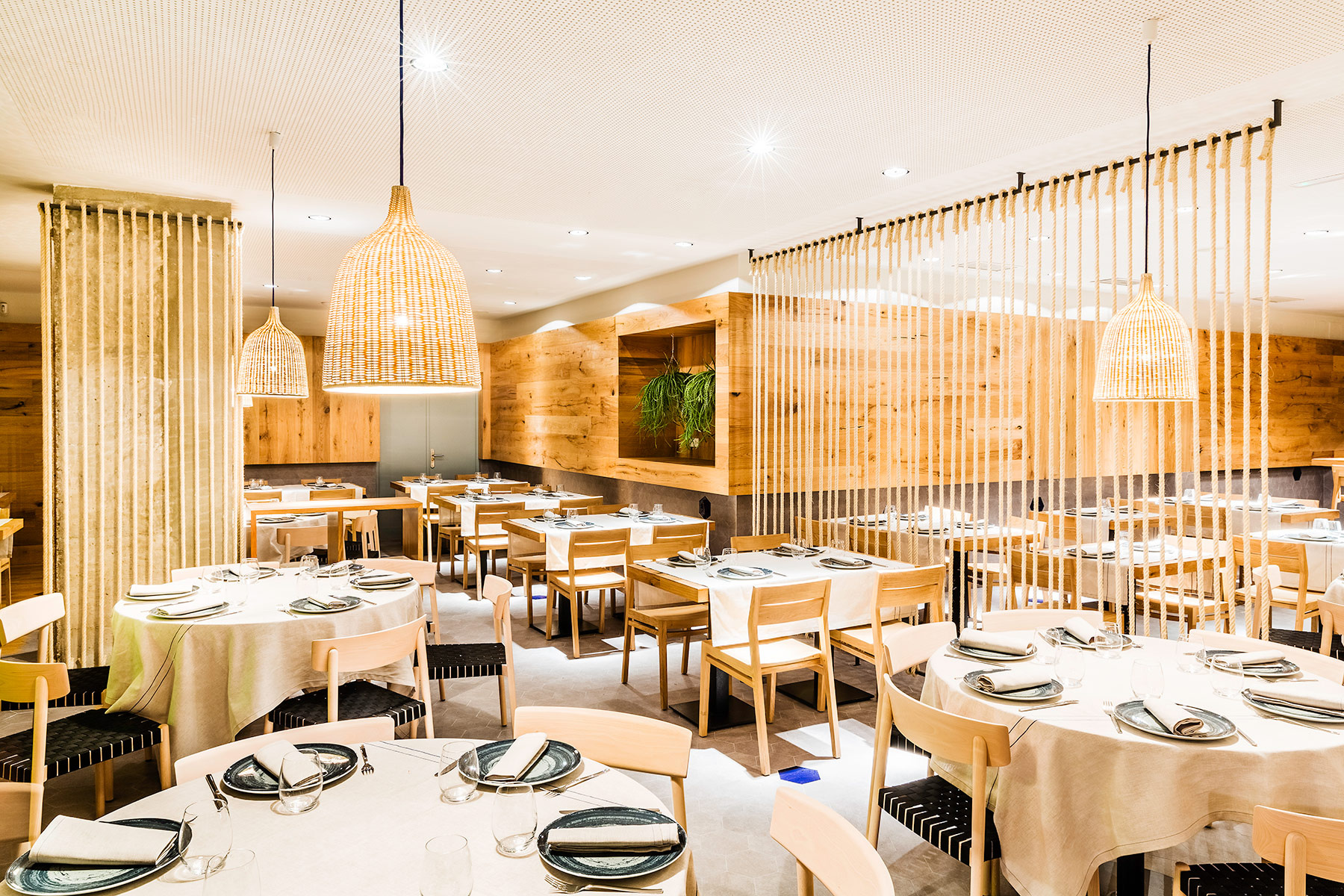 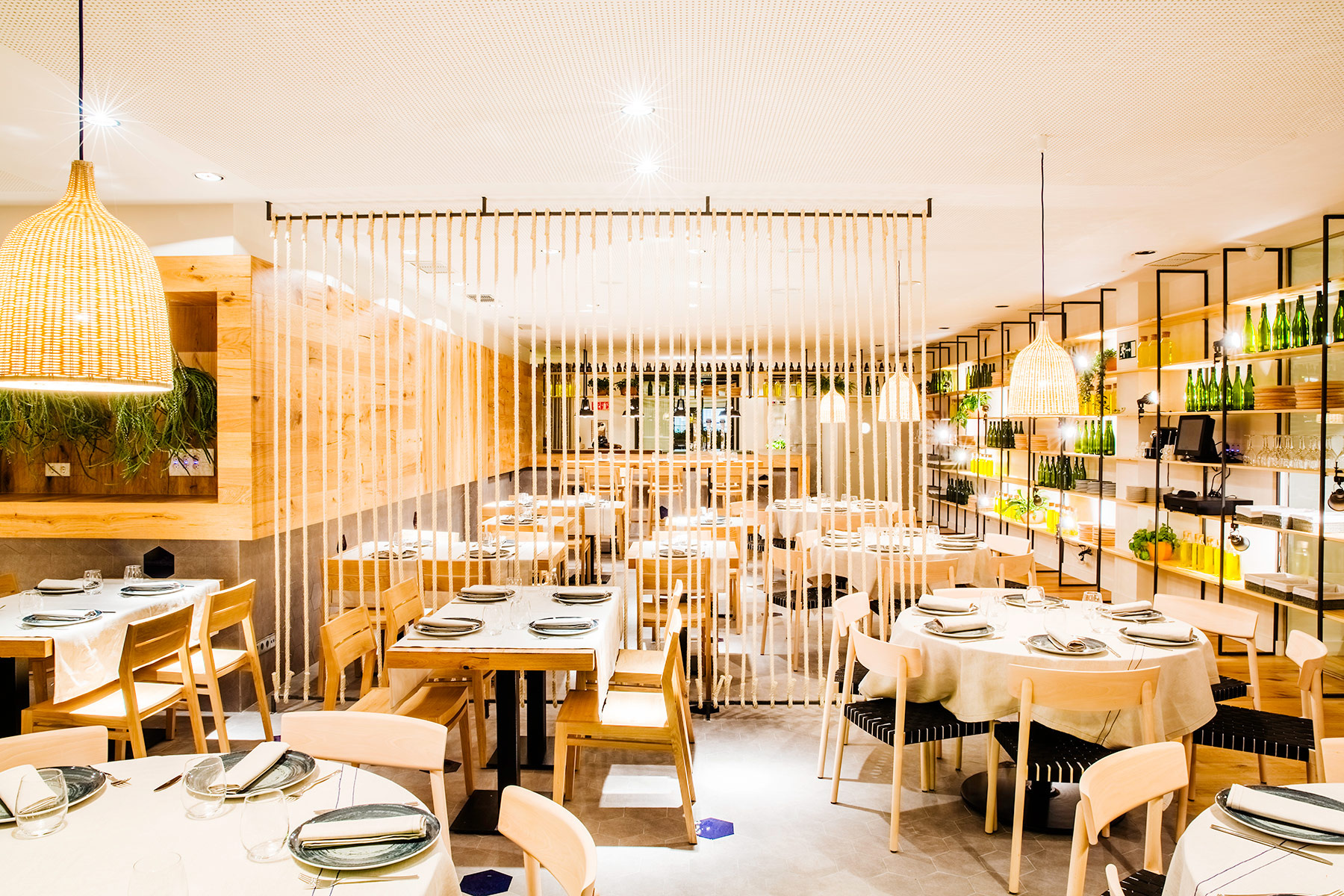 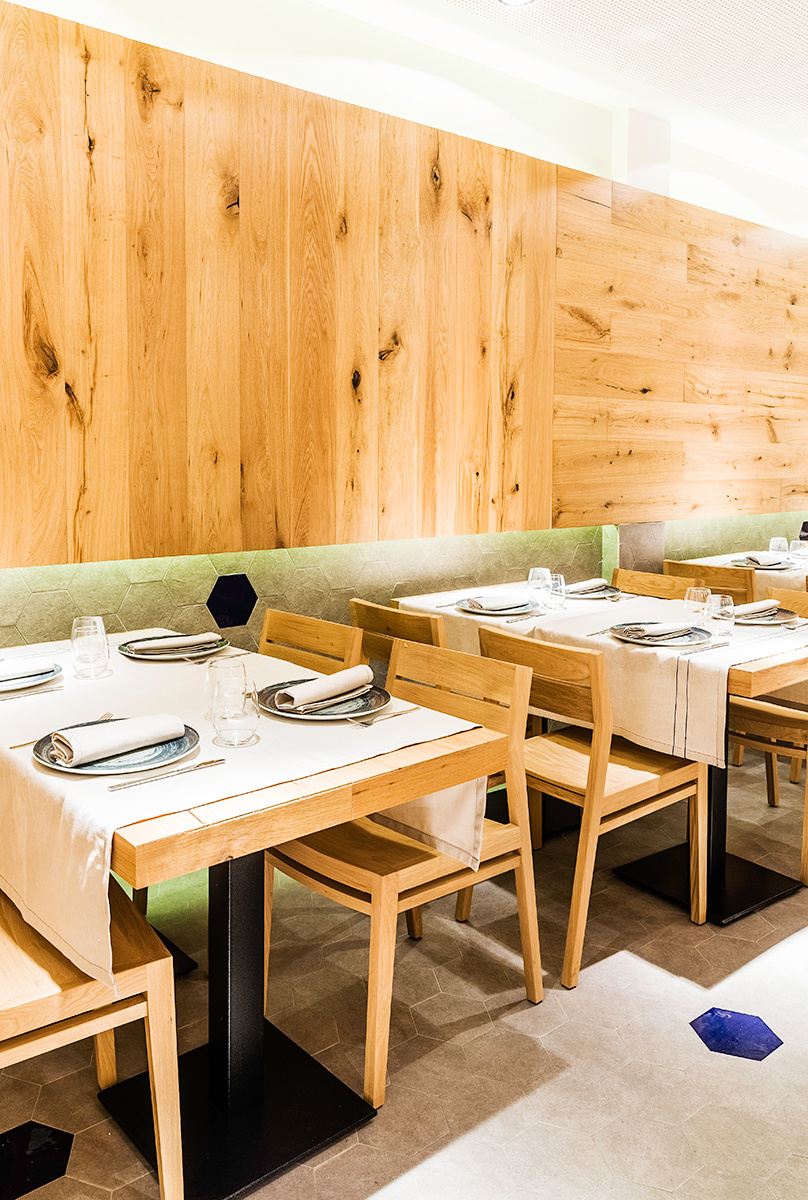 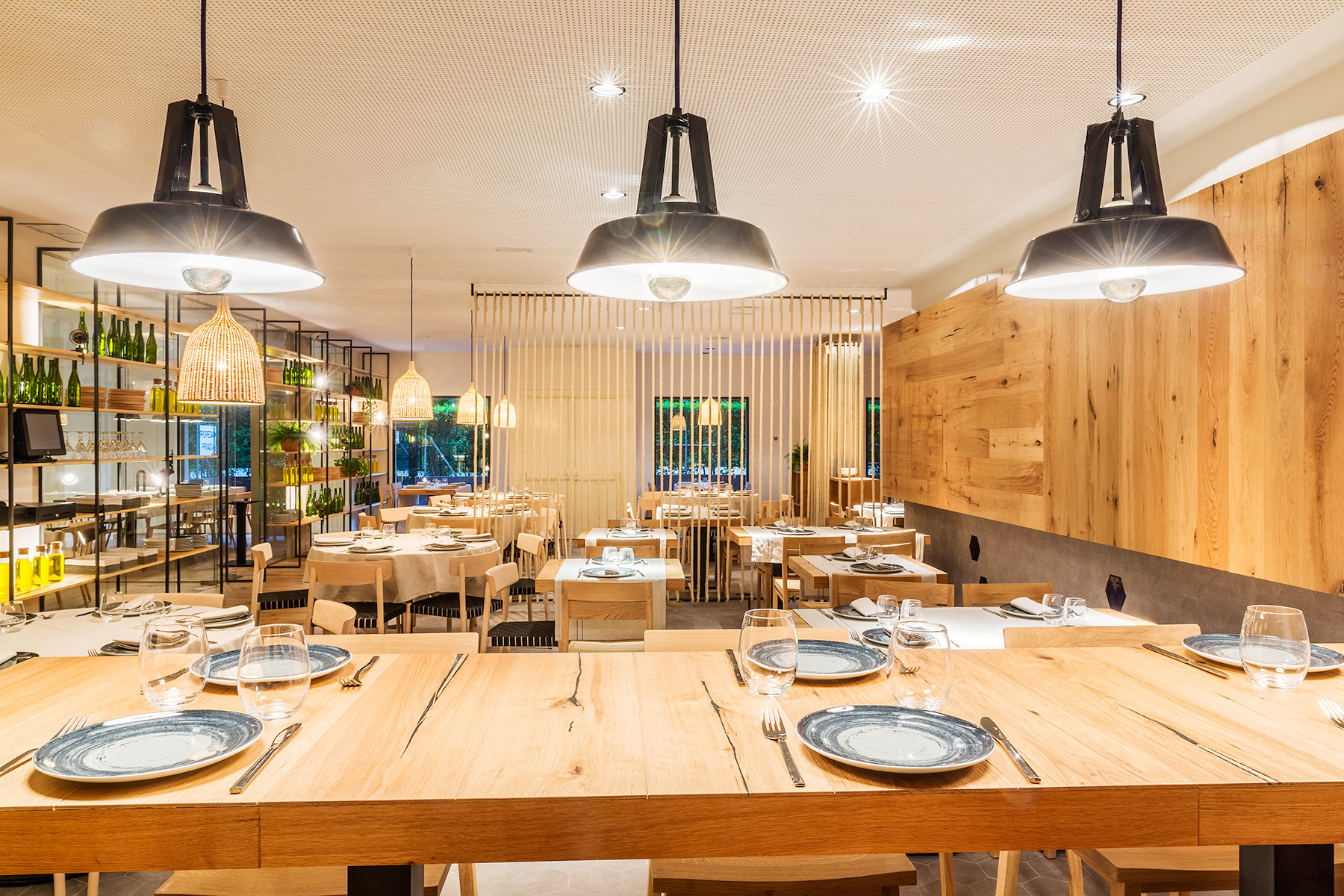 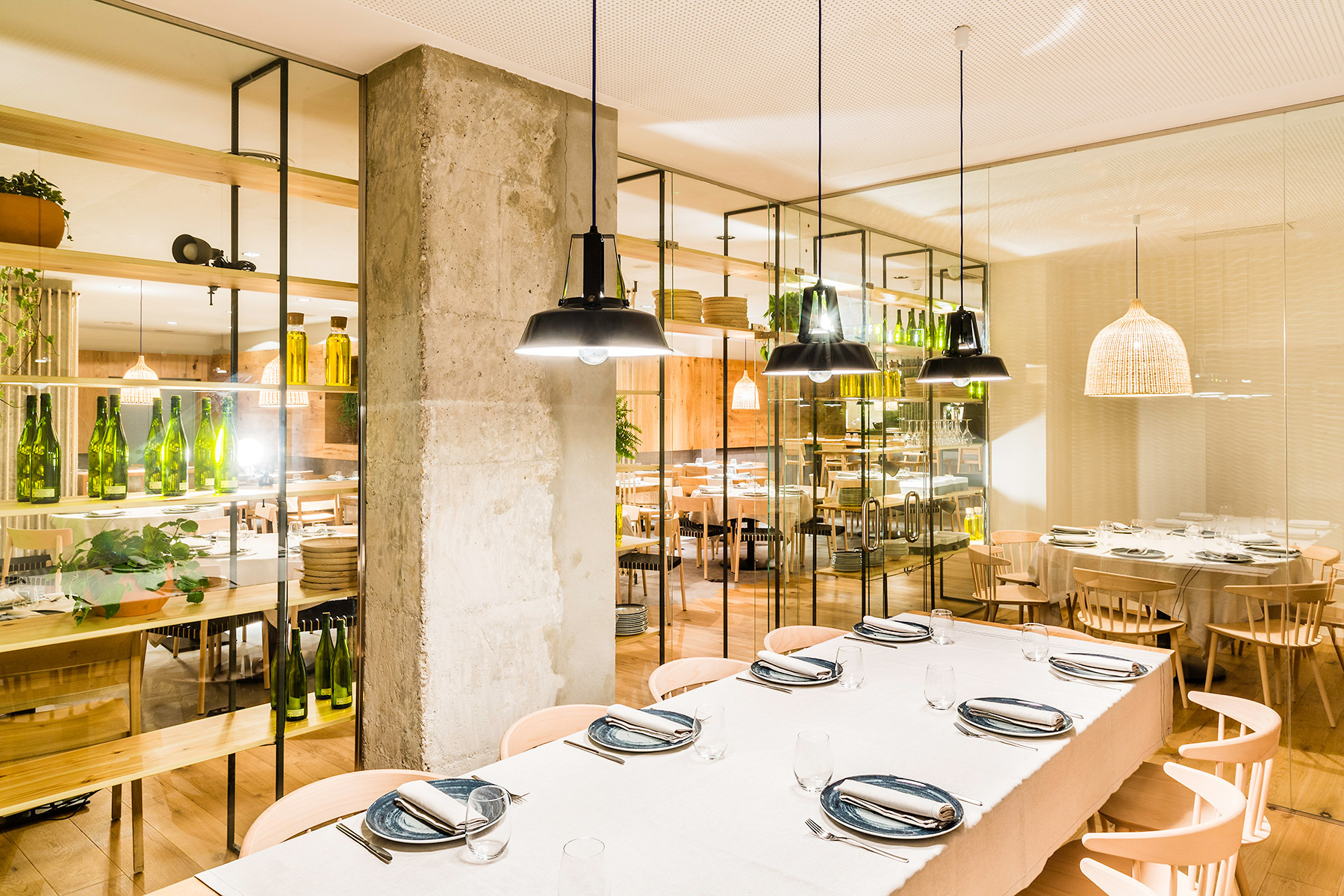 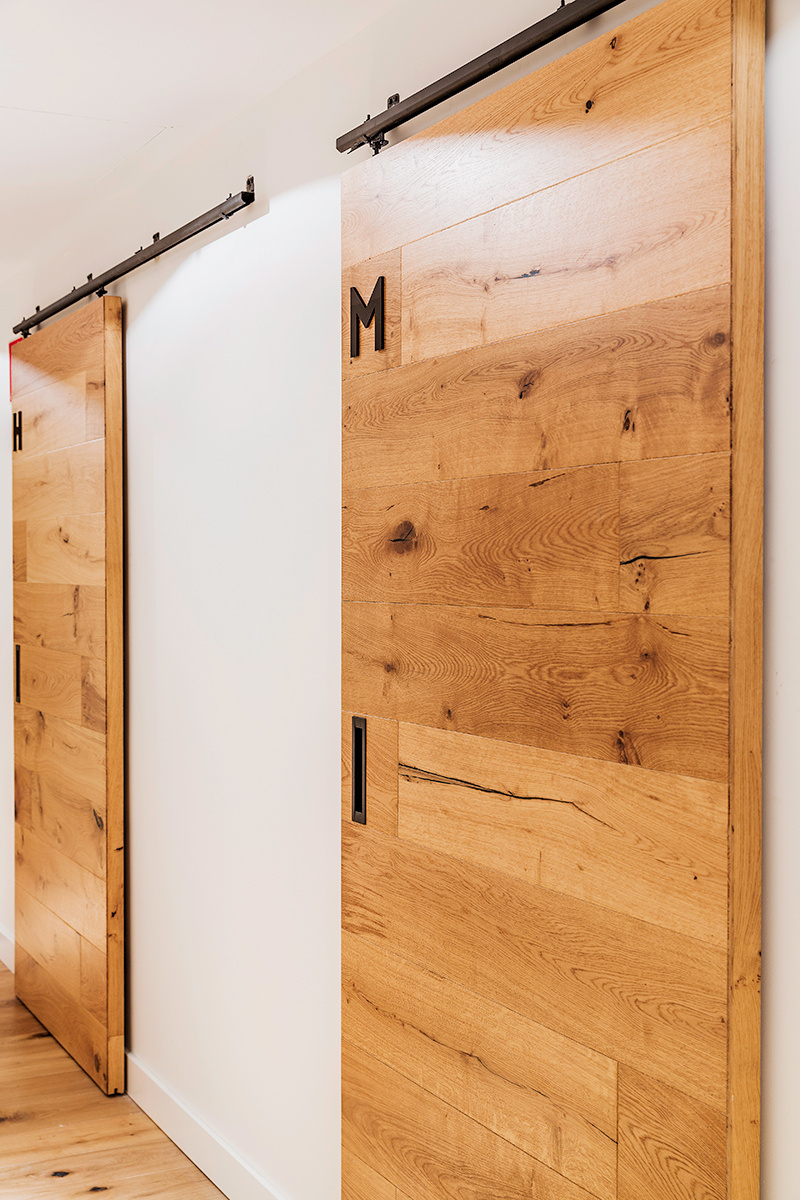 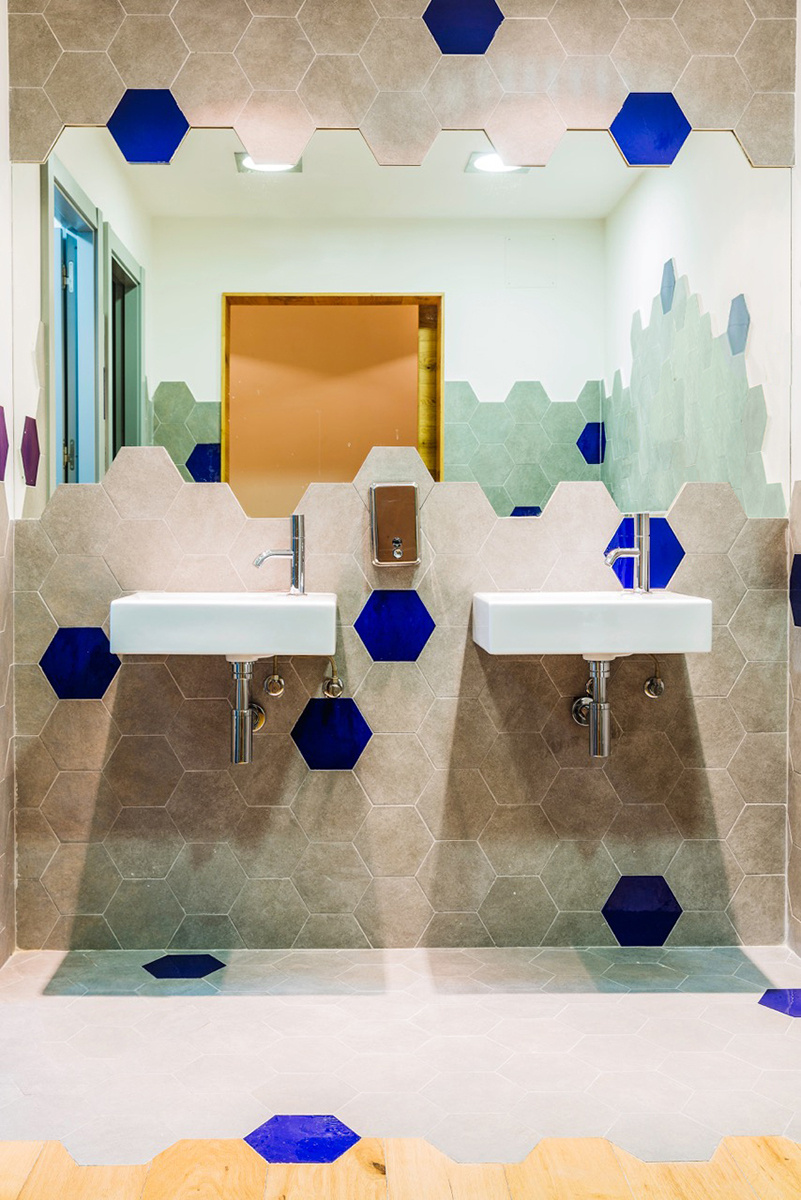 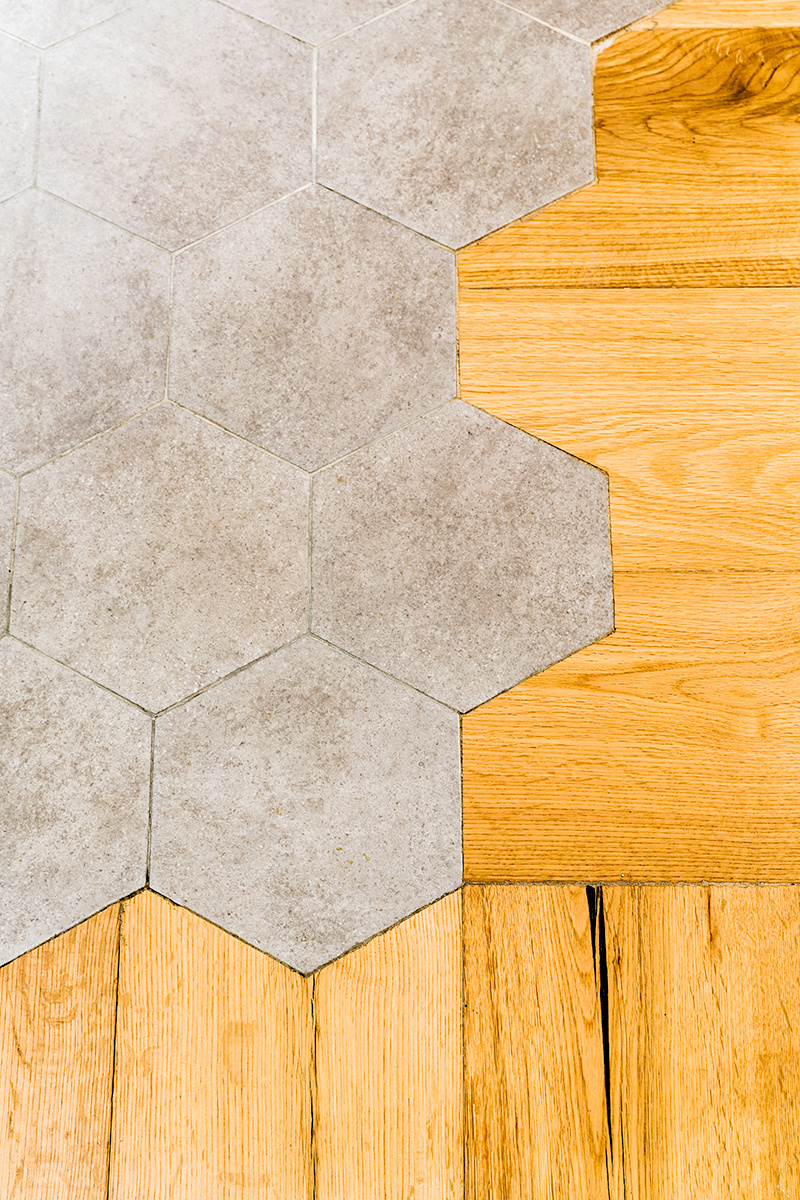 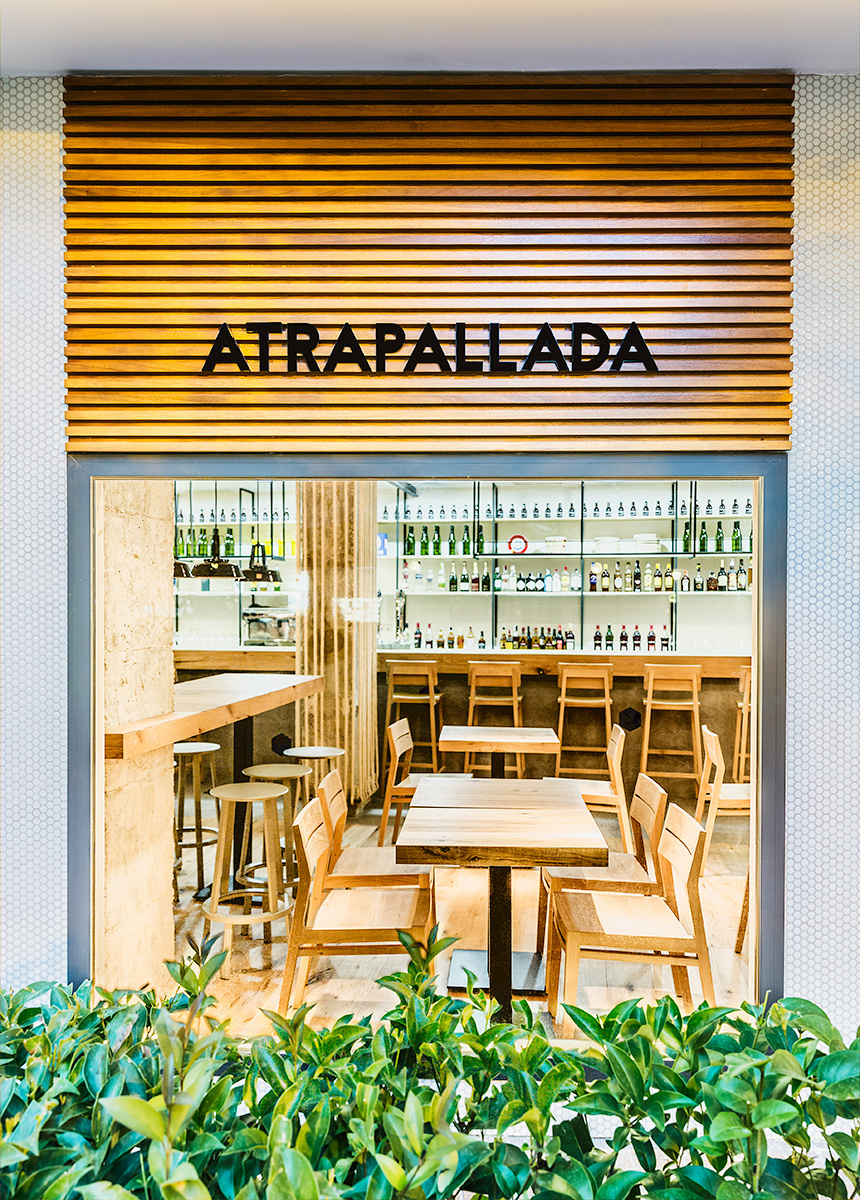