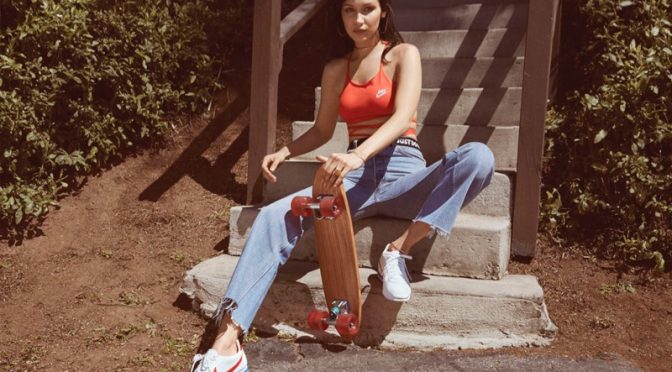 After being announced as a Nike spokesmodel last year, Bella Hadid is back for a new campaign from the sneaker brand. The 20-year-old beauty appears in a photoshoot spotlighting its classic ‘Cortez’ style. Famously worn by Farrah Fawcett in a behind the scenes image from ‘Charlie’s Angels’ in the 1970’s, Bella looks retro glam in the advertisements. 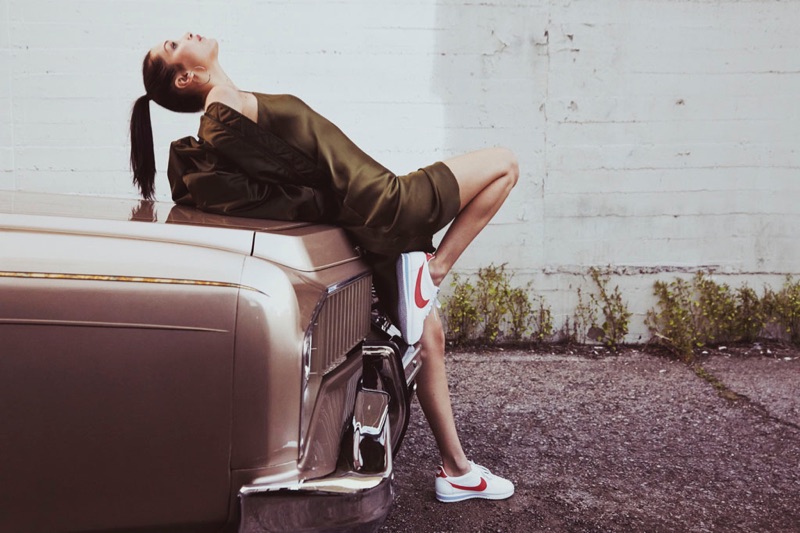 She even rides a skateboard as she wears a red sports bra and flared denim pants. The ‘Cortez’ celebrates its 45th anniversary this year, and to coincide with this special date, Nike unveiled a premium red, white and blue style. Set to debut on June 1st for $90, you can shop the campaign style as well as new colorways throughout the summer. 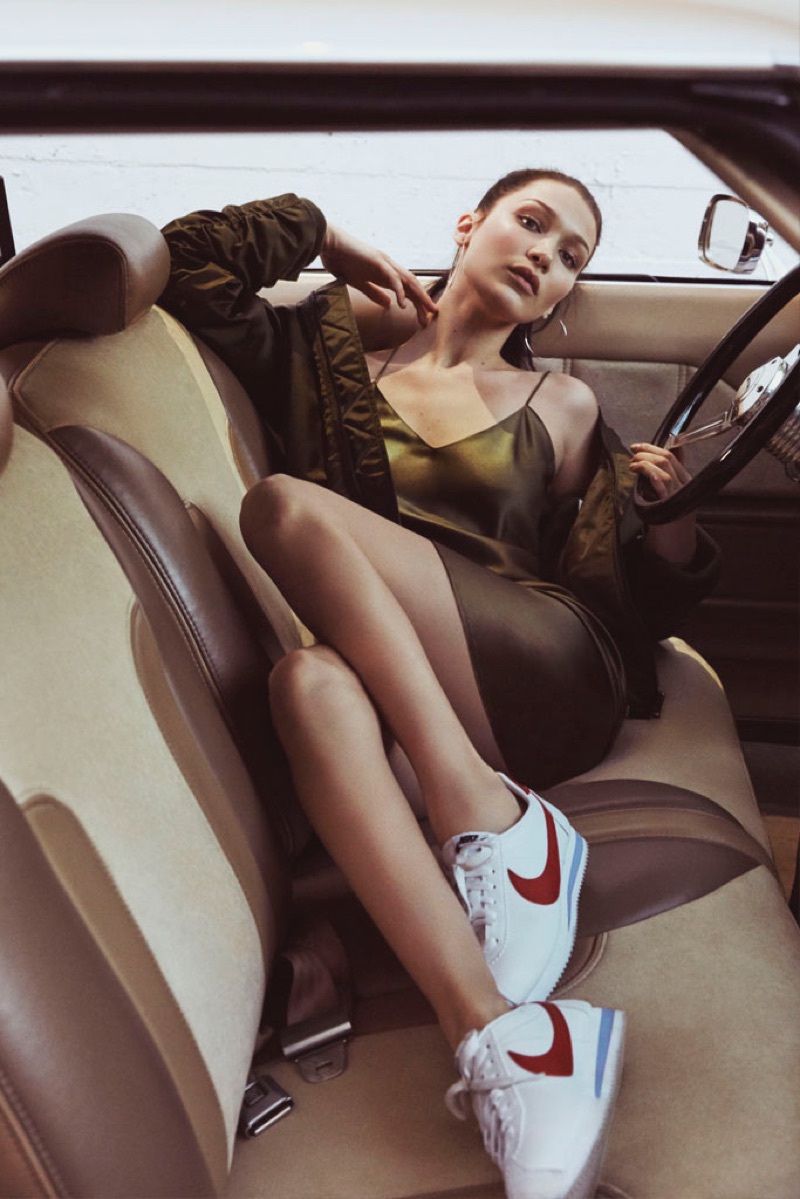 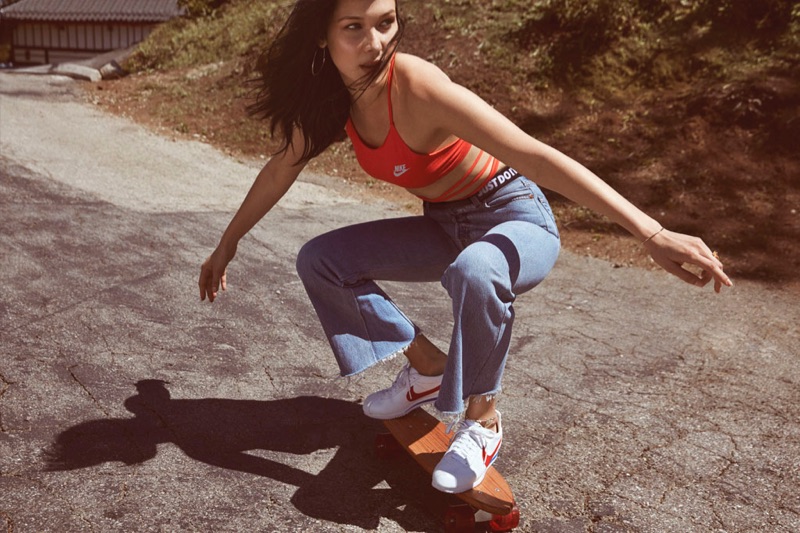 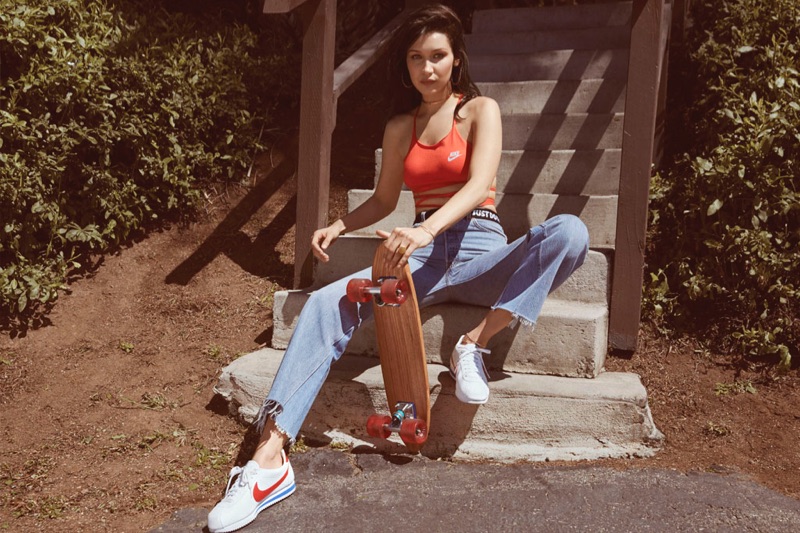 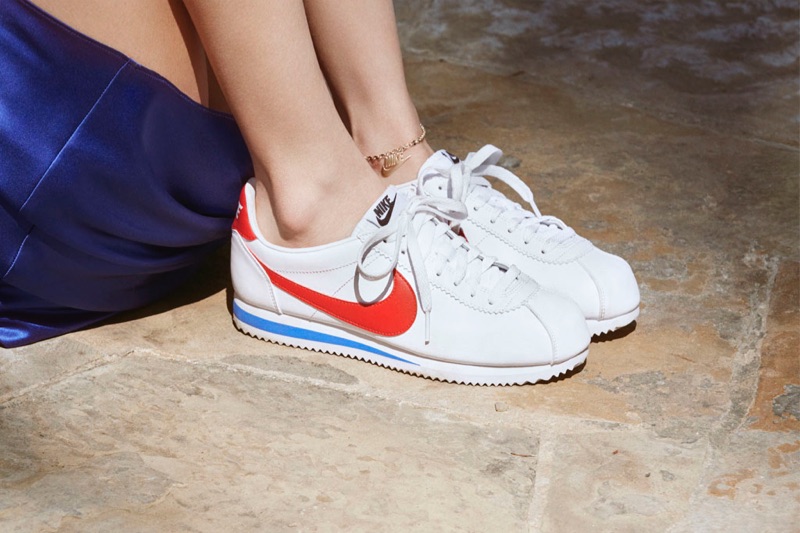 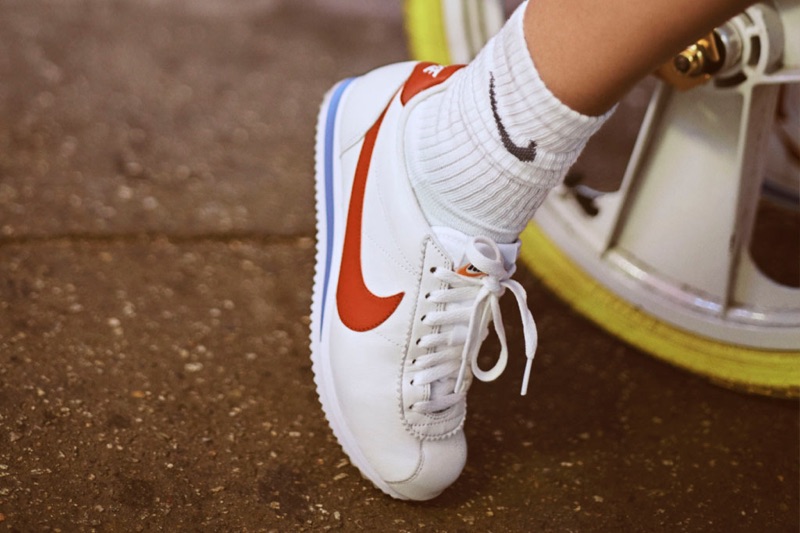