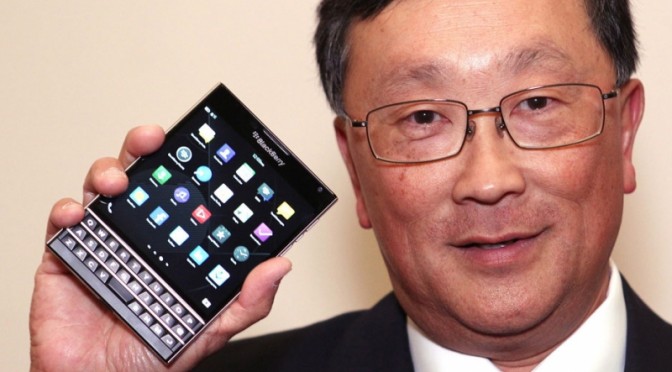 TORONTO – BlackBerry is bringing its newest Passport smartphone to the market with a price that’s lower than Apple’s iPhone 6 and the latest incarnation of the Samsung Galaxy.

Units of the phone will sell for US$599 without a wireless carrier contract in the U.S., about $50 to $250 cheaper than various models of the iPhone 6 and Samsung’s Galaxy S4 currently on shelves.

The price is a strategic move that could give BlackBerry an advantage as it works to secure large orders of the device from corporate customers and plans to sell the phone at wireless stores. Canadian prices for the BlackBerry Passport haven’t been officially released.

The Passport has a square screen that measures 4.5 inches and a keyboard that’s similar to the most popular BlackBerry models.

Most details are being kept quiet until the official unveiling, which is expected to happen on Wednesday, during a multi-city media event in Toronto, Dubai and London.

The Passport marks the first entirely new BlackBerry device to hit shelves since chief executive John Chen joined the company nearly a year ago in an effort to turn around the struggling business.