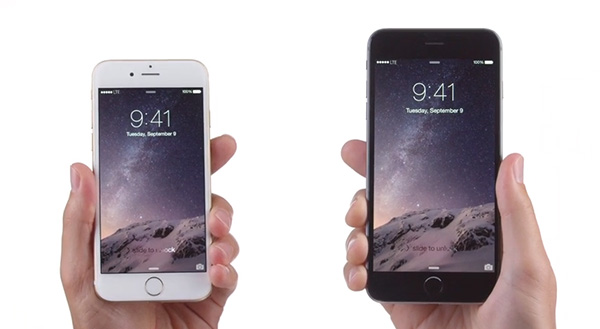 Apple CEO Tim Cook introduced one of the first iPhone 6 and iPhone 6 Plus ads during the company’s iPhone event earlier this month. In a surprise twist, Cook revealed that the ad featured comedian Jimmy Fallon and musician Justin Timberlake; it was a funny start, and now Apple has two more ads to show off.

The first is called “Huge” and, in it, both Fallon and Timberlake introduce us to the iPhone 6 and the iPhone 6 Plus. “They’re huge,” Timberlake says almost immediately  — a comment you wouldn’t have heard about an iOS devices until this week. The word takes on a new meaning throughout the commercial, however, as Fallon teaches Jimmy how the iPhone 6 and iPhone 6 Plus can “help you see the world,” monitor your health and more.

The second ad is called “Cameras” and walks the viewer through some of the new camera features, including super slow-motion, image stabilization and time lapse. It ends with Fallon and Timberlake making funny camera shutter noises. Do you like Apple’s new humorous approach to its ads? We’re still not sure how we feel about them.

The marketing strategic and creativity in Apple is marvelous, you can’t help laugh during watching the videos.

Apple announced earlier today that in the first weekend of availability customers had bought more than ten million of the new handsets.