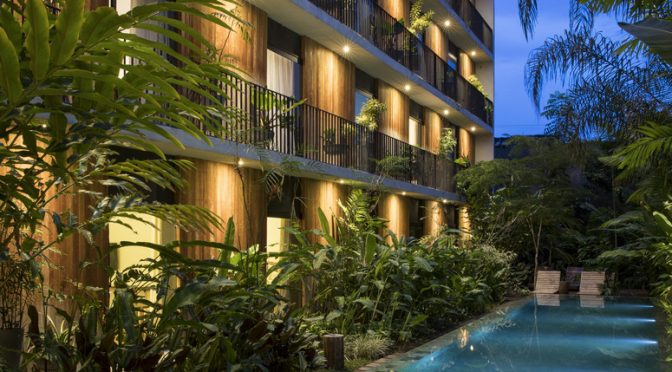 The new hotel ‘Villa Amazônia’ combines history and contemporary comfort in the heart of the Amazon rainforest of Brazil, in the state of Manaus. A place for enjoyment created by ‘AMZ Arquitetos’. 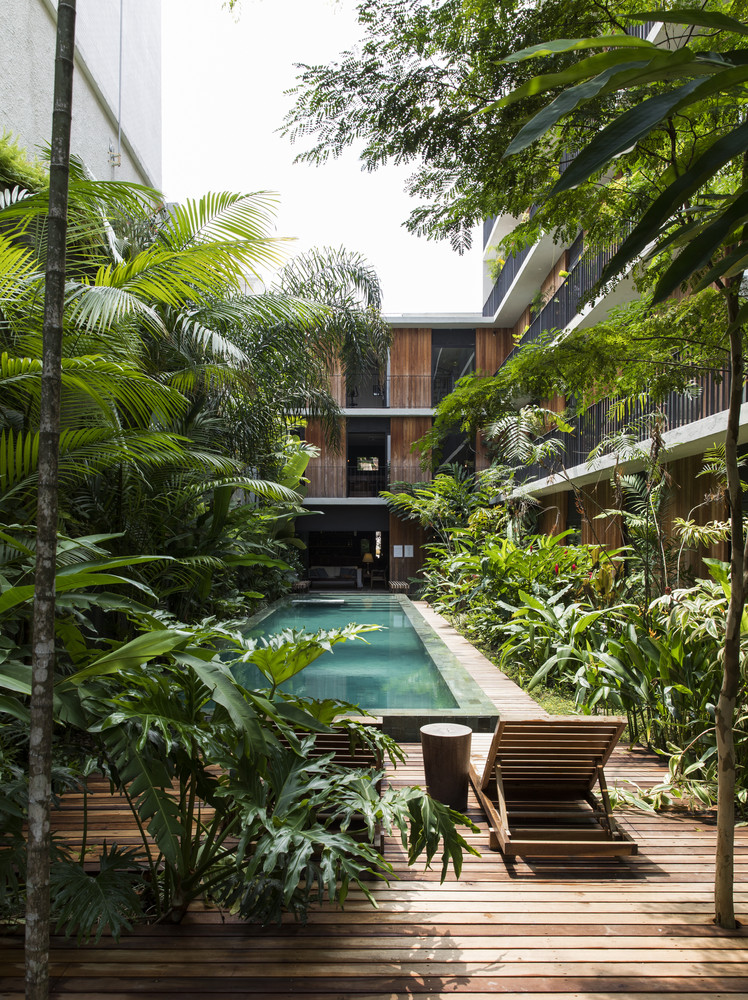 In the northwest of Brazil and close to the Amazon rainforest, we find the hotel Villa Amazônia in the state of Manaus, the capital of the Amazonas State. An ideal location to discover the seven million square kilometers of nature. The city also has cultural attractions such as the nearby Amazonas Theater, which dates back to 1896. In the historic center, the hotel attracts attention by its peculiar yellow façade with rich ornamentation. 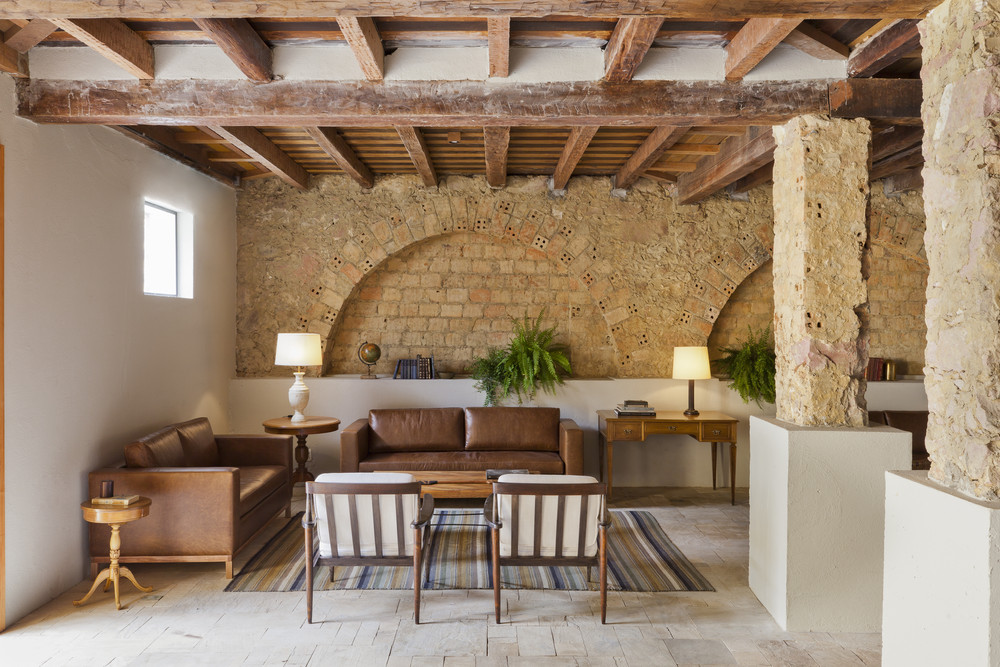 The hotel was created from an old house from the beginning of the century and to which, in addition, a new building was added. The project, which covers an area of ​​two thousand square meters, was conceived by the Brazilian studio AMZ Arquitetos, based in São Paulo and founded in 2009 by Pablo Alvarenga and Adriana Zampieri. 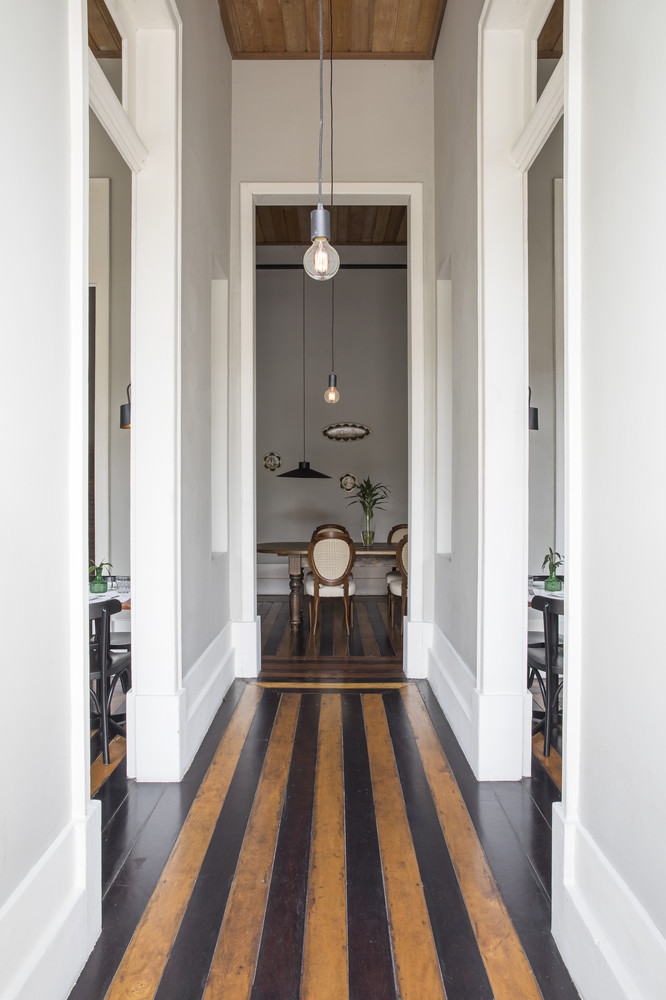 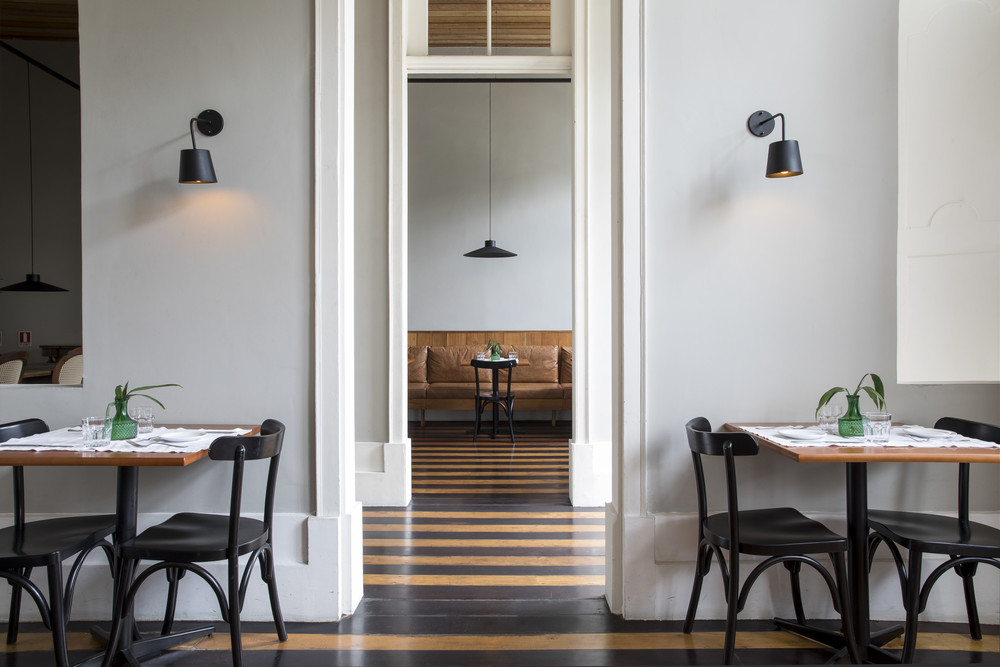 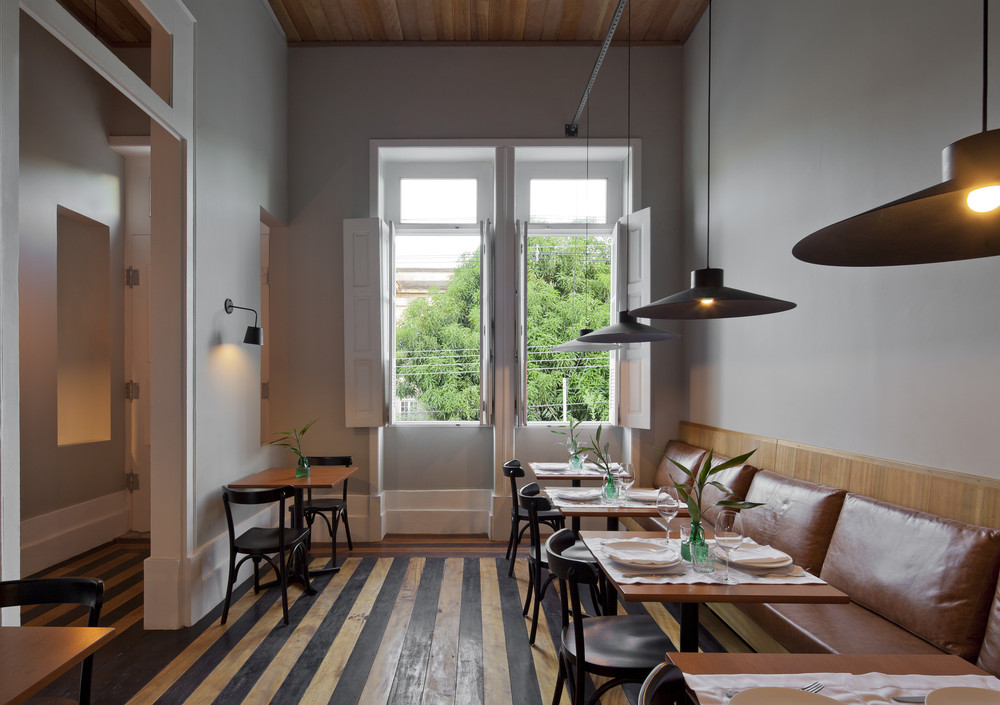 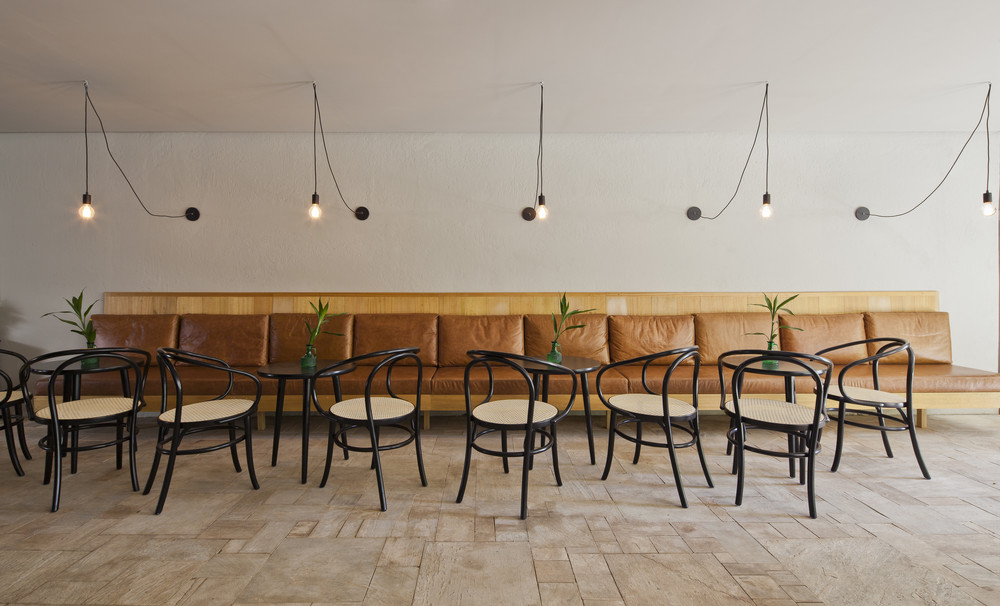 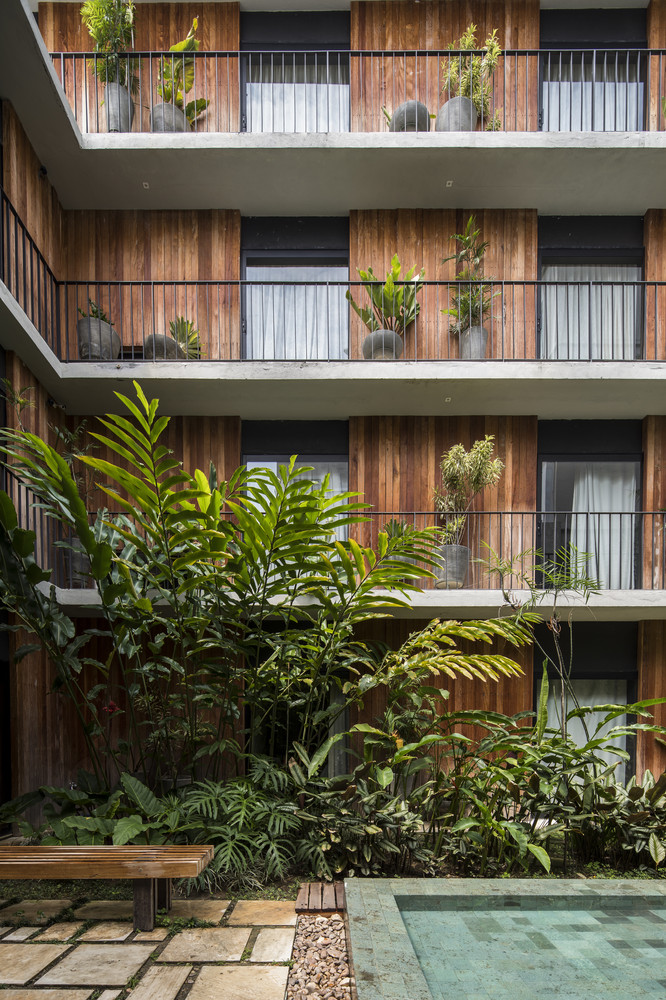 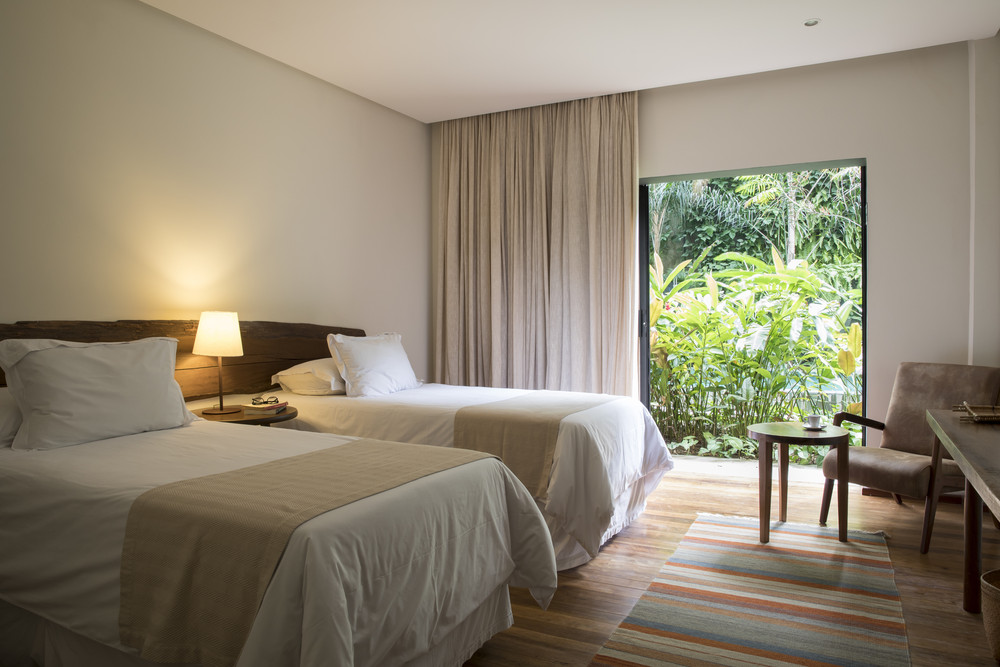 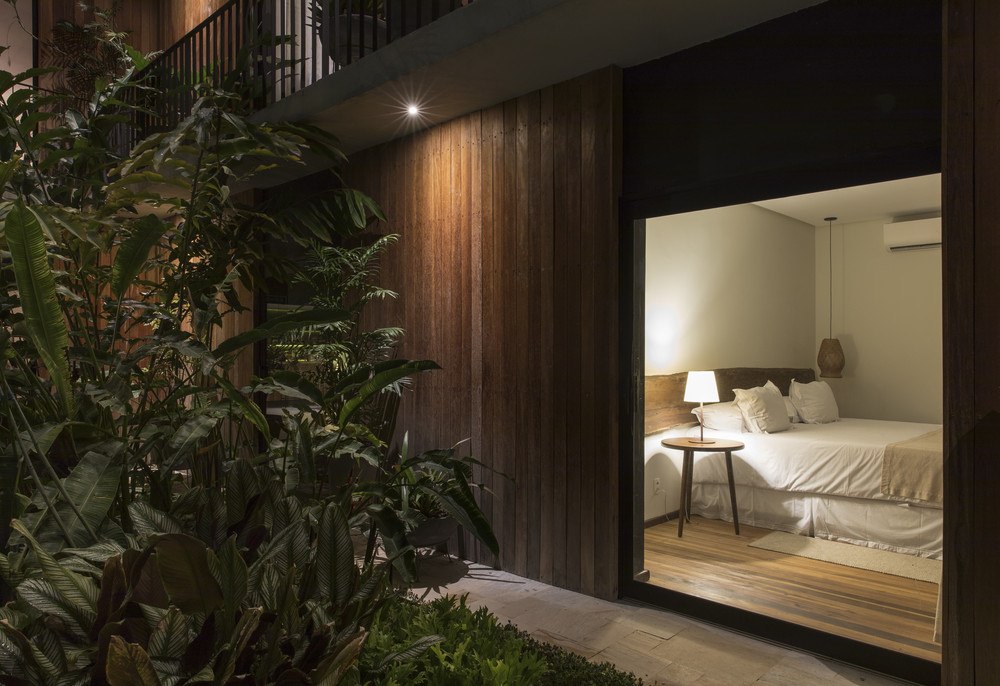 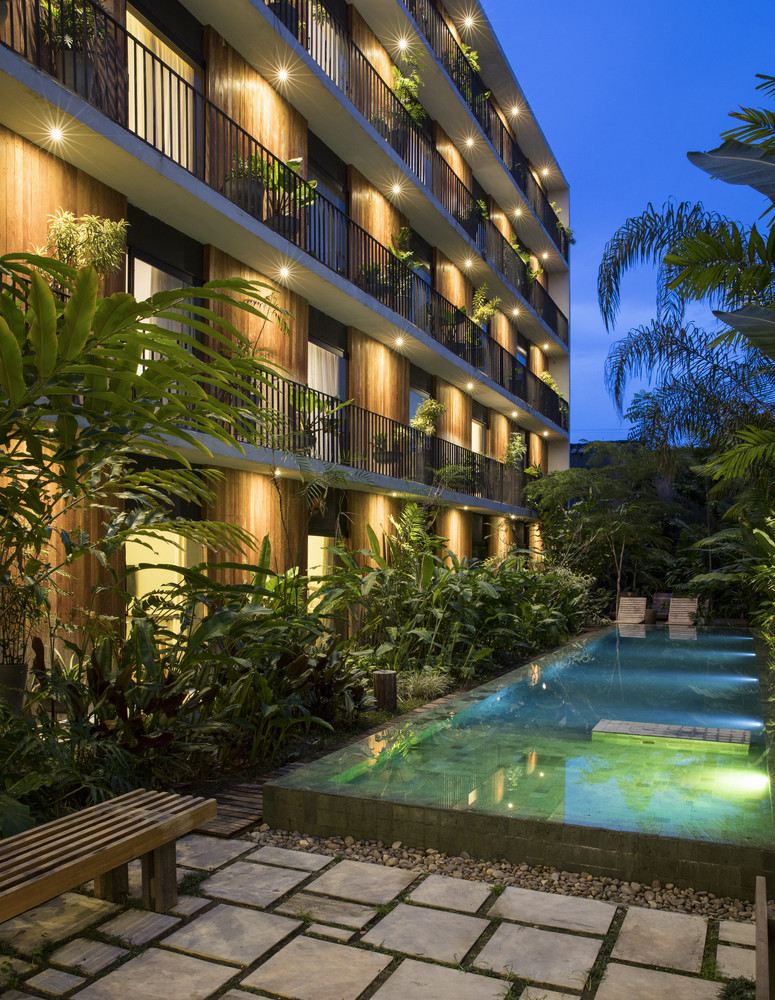 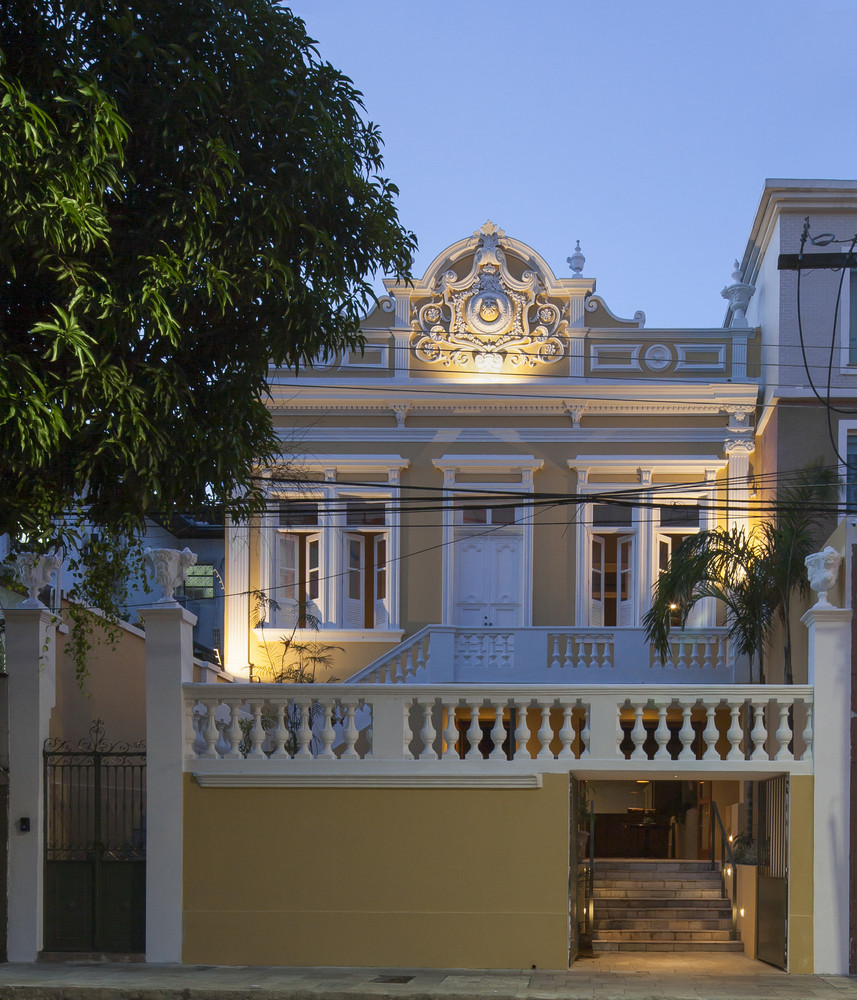 The conservation of the local atmosphere and culture was the starting point for the design. Both the colors and the materials were chosen with love to combine with the style of the old house, as well as several elements of the original structure that were restored. The rough character of wood and steel brings a characteristic personality. In the lobby that occupies the ground floor, the stone arches, wooden beams and brick walls recall the building’s past. On the first floor, which previously housed the bedrooms of the house, is today the restaurant. There, the wooden floor and window frames have been restored to preserve the original materials. The bar, kitchen and laundry are located in the new building that connects with the old house and has the same height to create continuity. The thirty rooms available at the hotel are also in this new part.
Outside, the pool and garden create a space for relaxation and enjoyment, a haven of peace surrounded by greenery, which gives the feeling of being in the middle of the rainforest. Through this project, dialogue with the historical environment and local culture was essential for the AMZ Arquitetos team. It was achieved both through the architecture of the new building and the interior design of all the spaces.