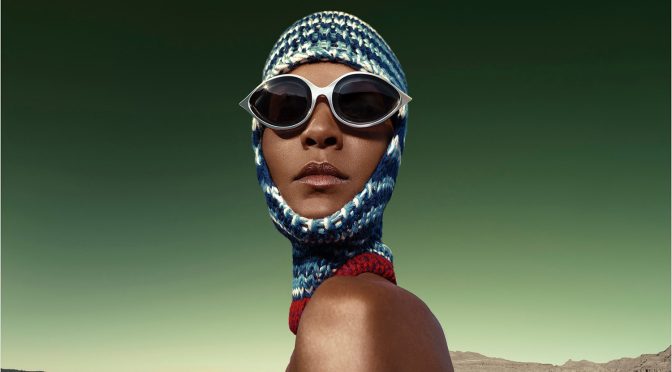 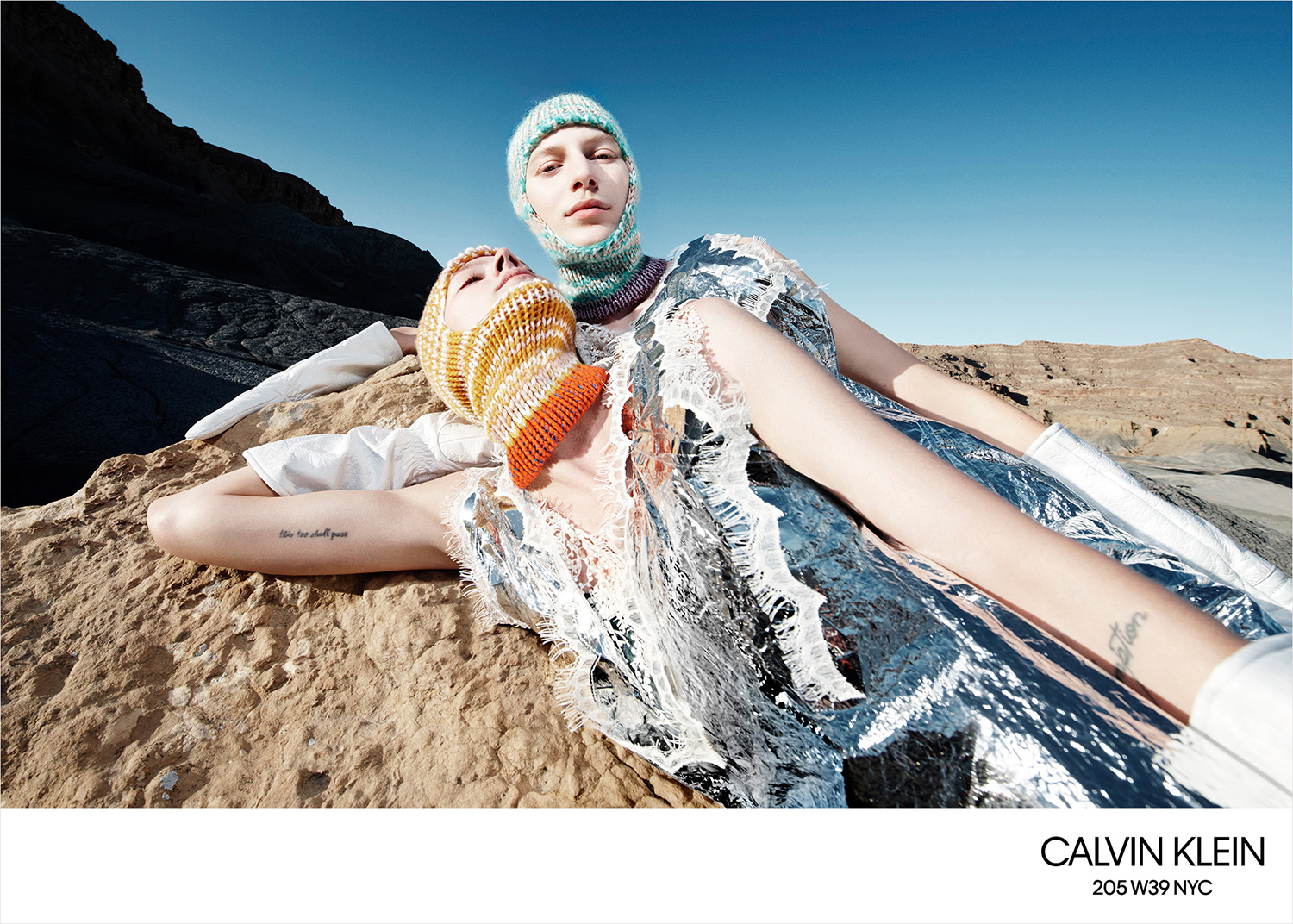 The campaign, lensed by long time collaborator Willy Vanderperre, is set in the otherworldly Utah flats, which provides just the right juxtaposition of optimistic cobalt blue skies with the eerie disposition of an alien, empty terrain. Collaborating with the team at Lloyd & Co and their Chief Creative Doug Lloyd, the location serves as a backdrop for a cross between the warped proportions of Johnny Depp’s Hunter S. Thomspson’s character depiction in the film poster for Fear and Loathing in Las Vegas and a George Lucas sci-fi production.

“The Fall 2018 collection is an allegory for a meeting of old worlds and new worlds, relating to the discovery of America, the 1960s Space Race, and the twenty-first century information age. Reflecting the notion of democracy, there is no cultural hierarchy: the mixes emancipate clothing and references from their meanings, from their own narratives, and collage them to discover something different – a different dream.” – Raf Simons, Chief Creative Officer, Calvin Klein. 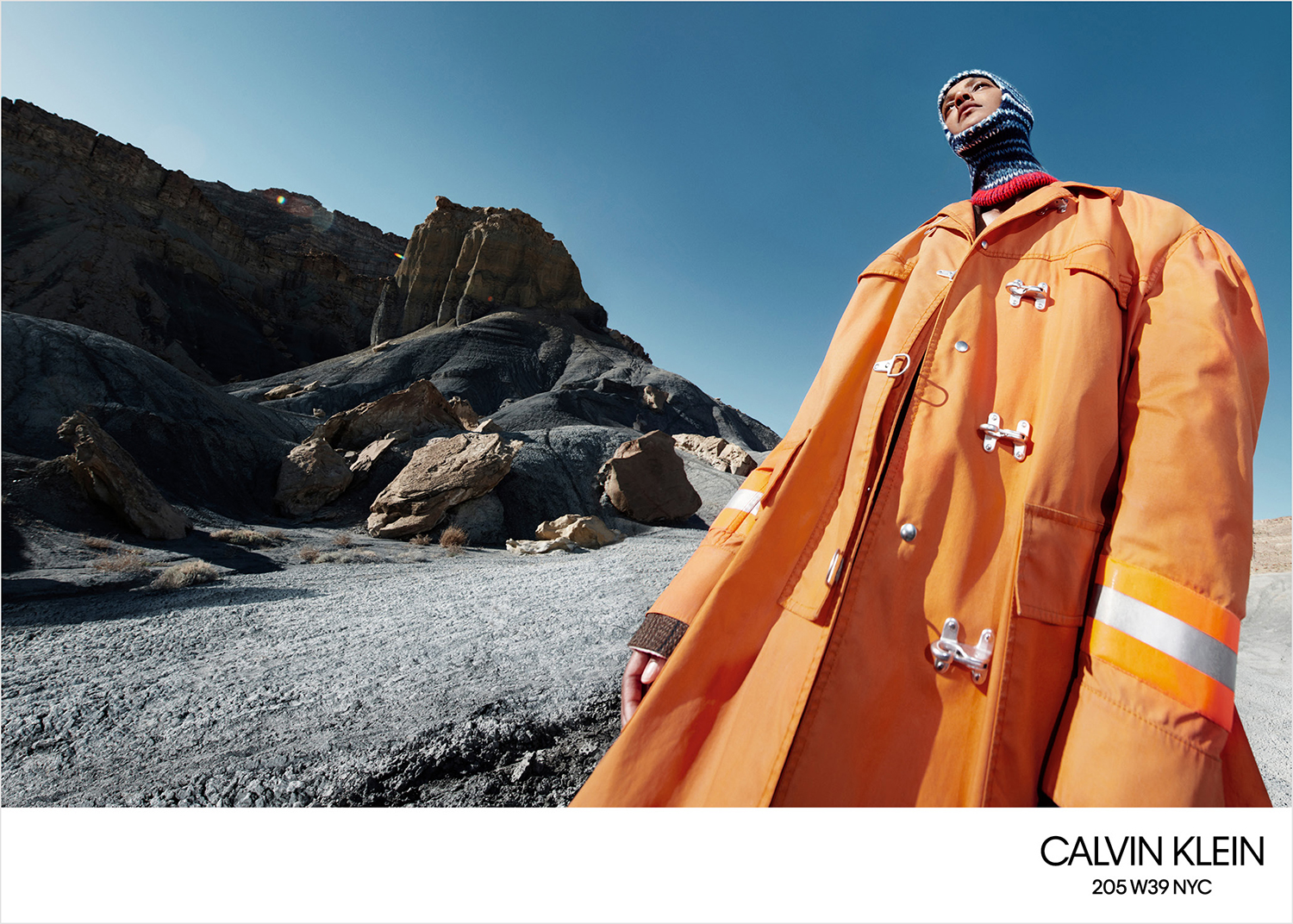 That dream involves a desert tribe of Lulu Tenney, Julia Nobis, Freja Beha, Liya Kebede, Erin O’Connor, Fernando Albaladejo, and Luca Lemaire, as styled by Olivier Rizzo. Humor, proportion, scale, and dare we say a fisheye lens and some subtle CGI magic all add up to a campaign that is ready to rock this and any other world.

The Impression loves Calvin Klein 205W39NYC’s bravado and ability to boldly go where no brand has gone before. Forward into the cultural consciousness with no desire to rest on it laurels. This is a campaign that plays well in digital, outdoor, and print. It is visually arresting and interesting enough to drive watercooler without the use of a celebrity. Gasp!

The house is the singular most progressive American brand today, across the board of any category from auto to tech. They understand the power in risks and that the future is made by the bold at warp speed. And all with enough confidence to give a wink along the way.

If they keep this up, who knows, ‘Live long and prosper’ and ‘May the Force be with you’ could soon be joined by ‘Nothing comes between me and my Calvins.’ 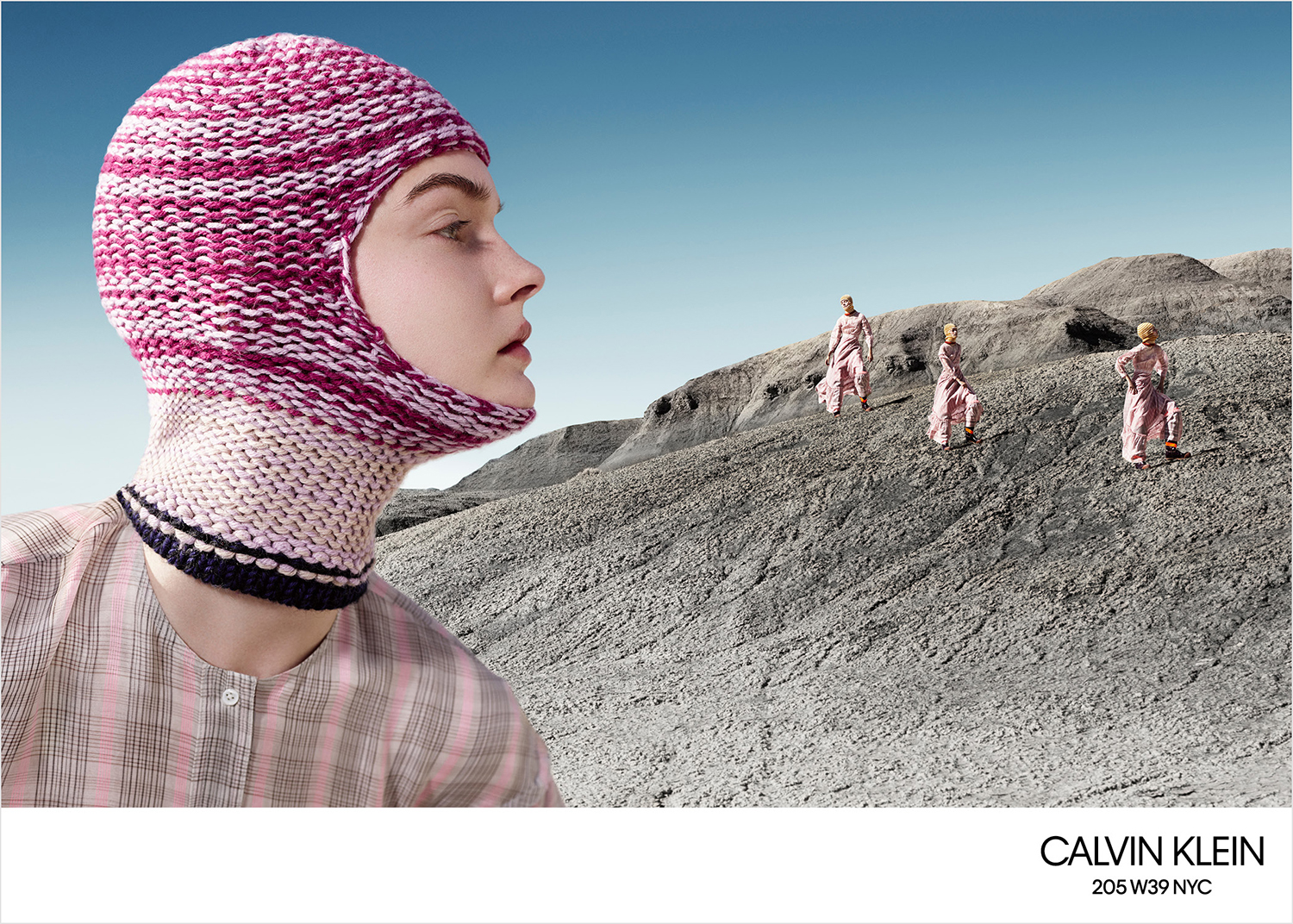 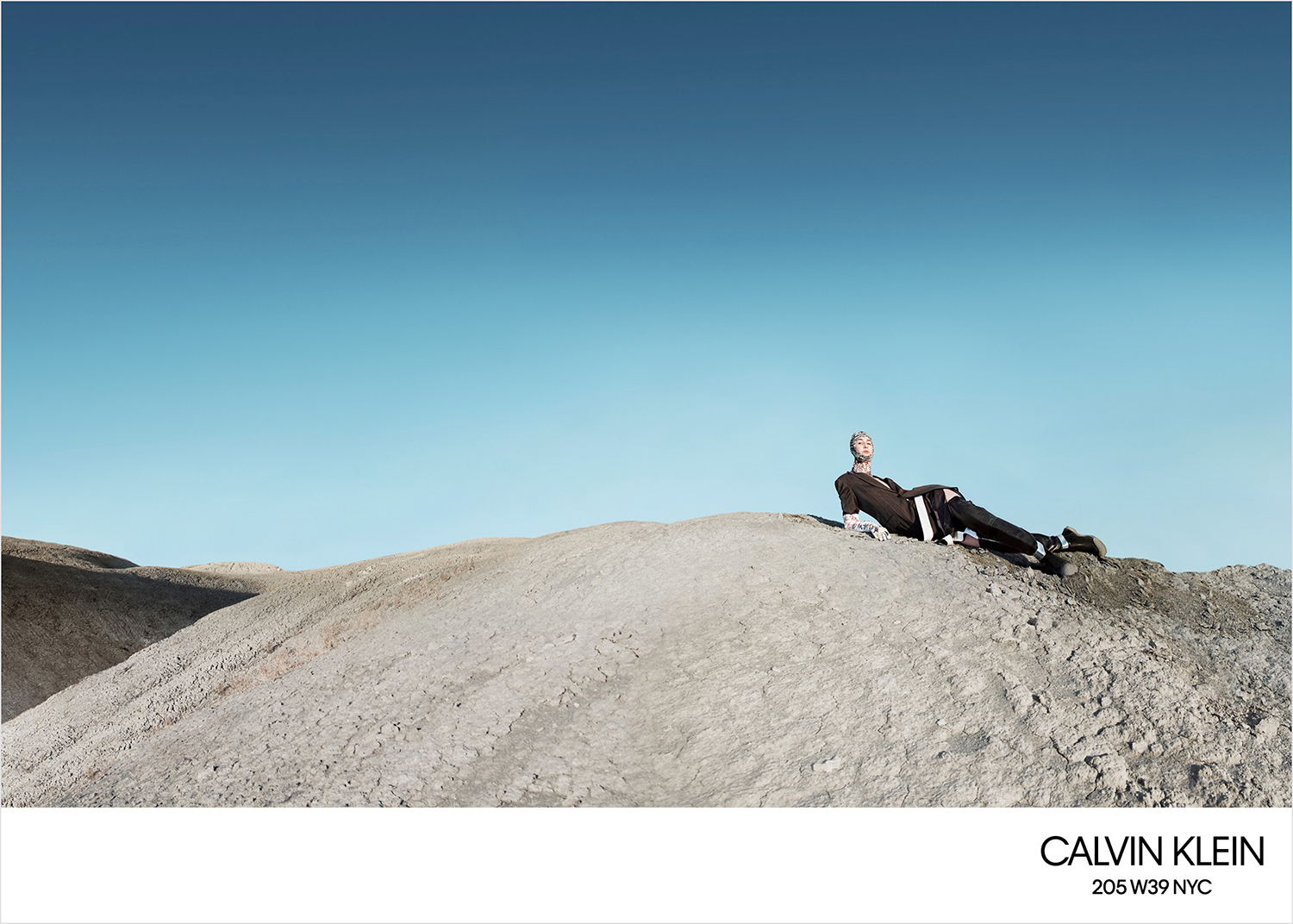 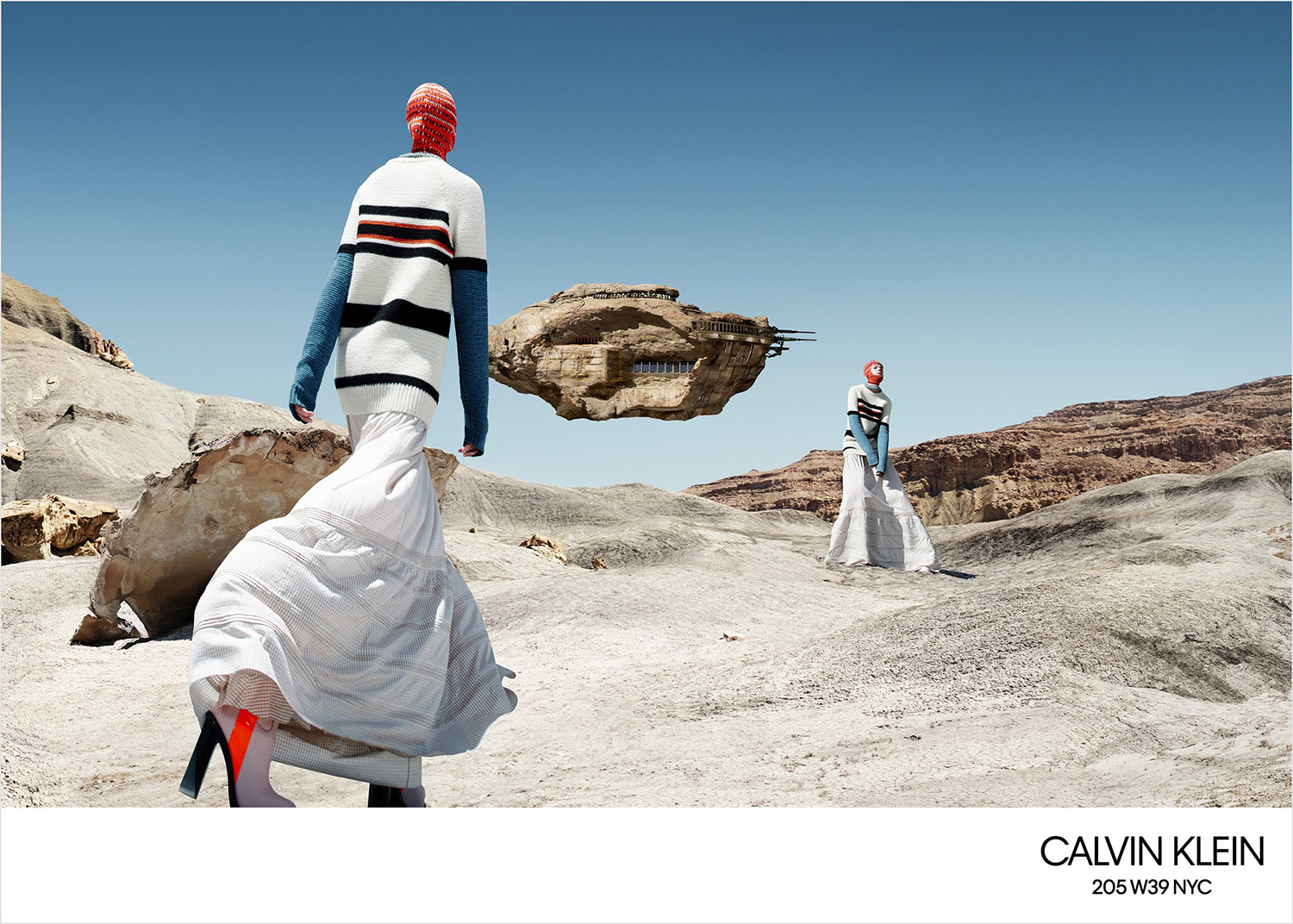 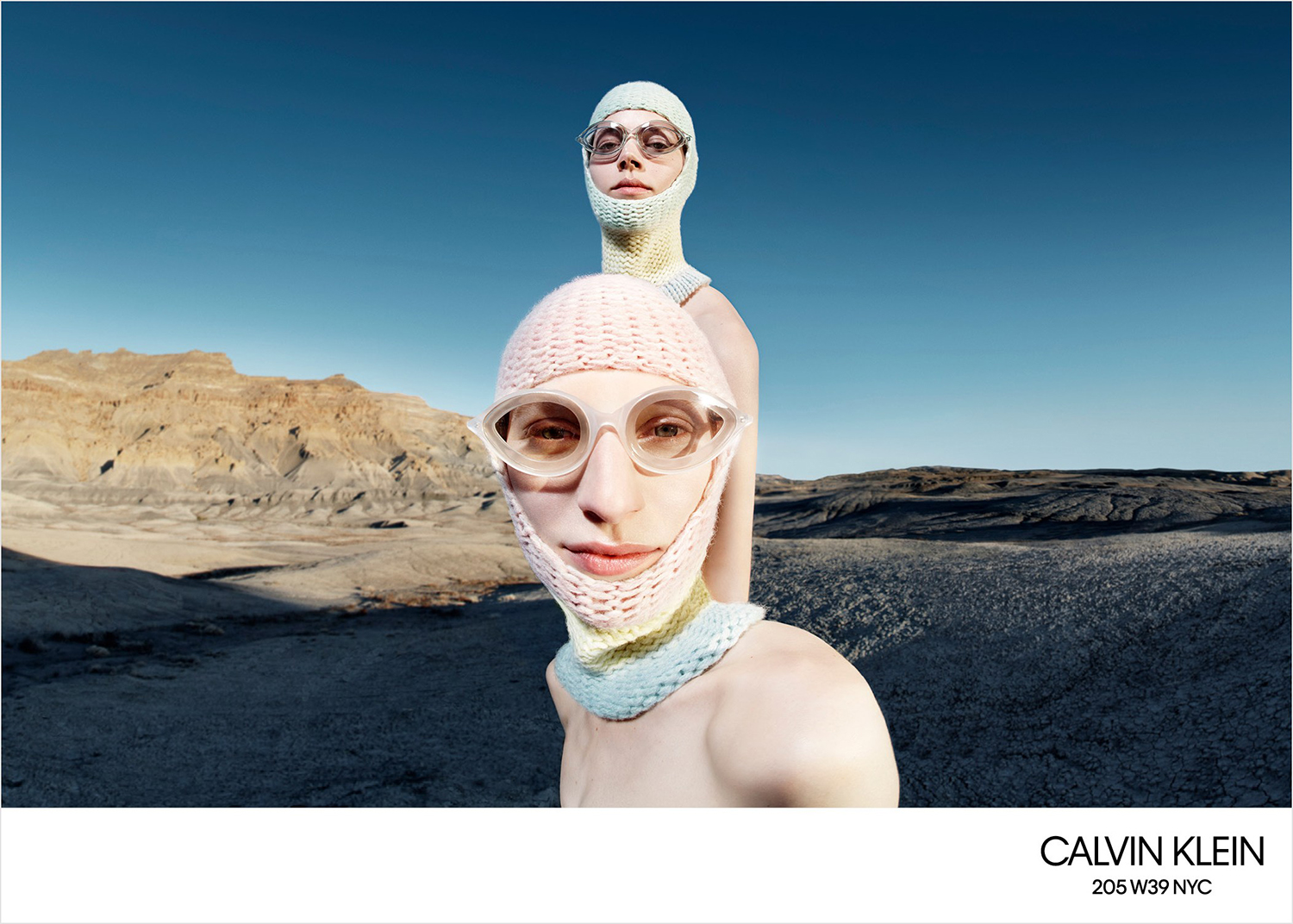 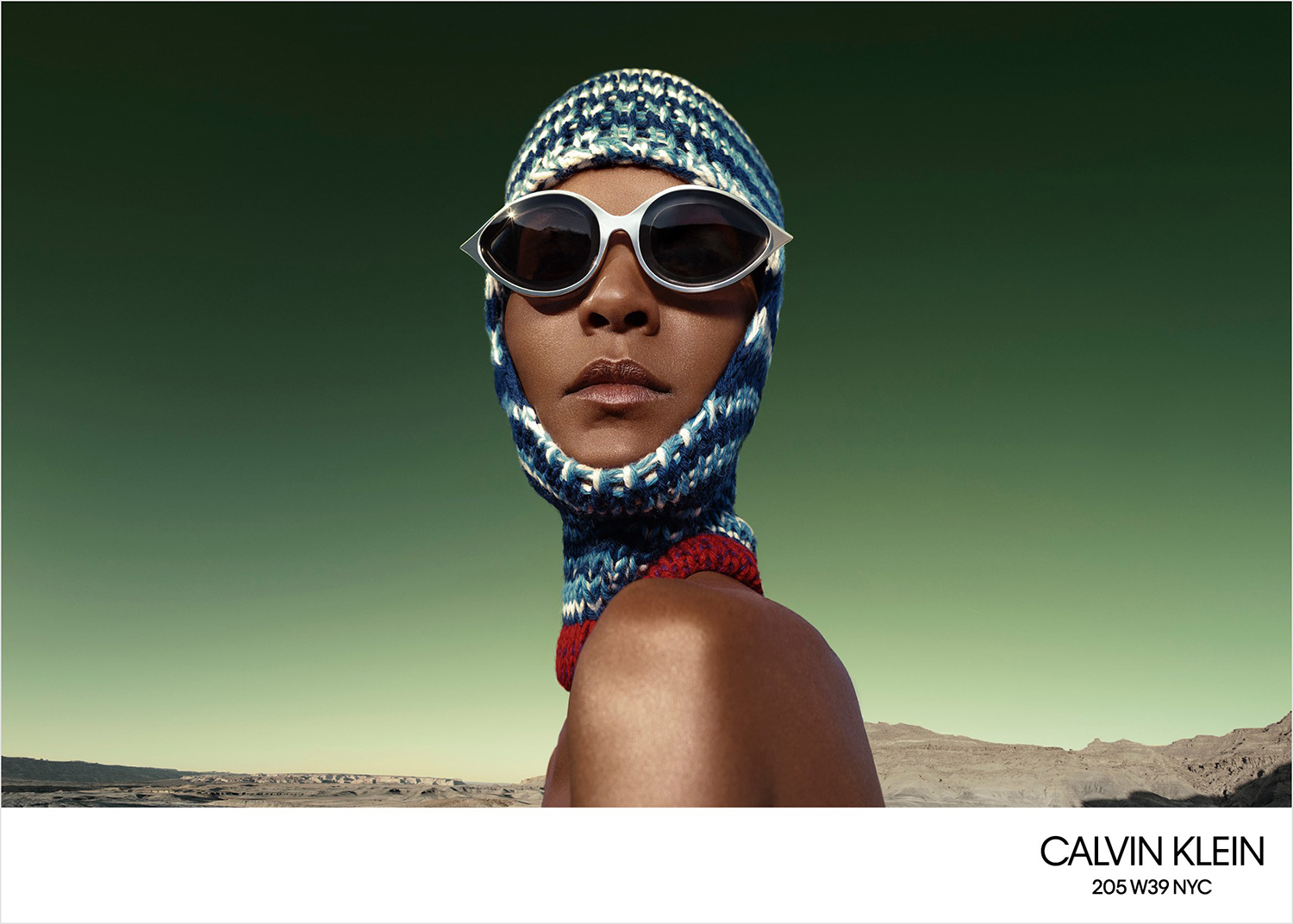 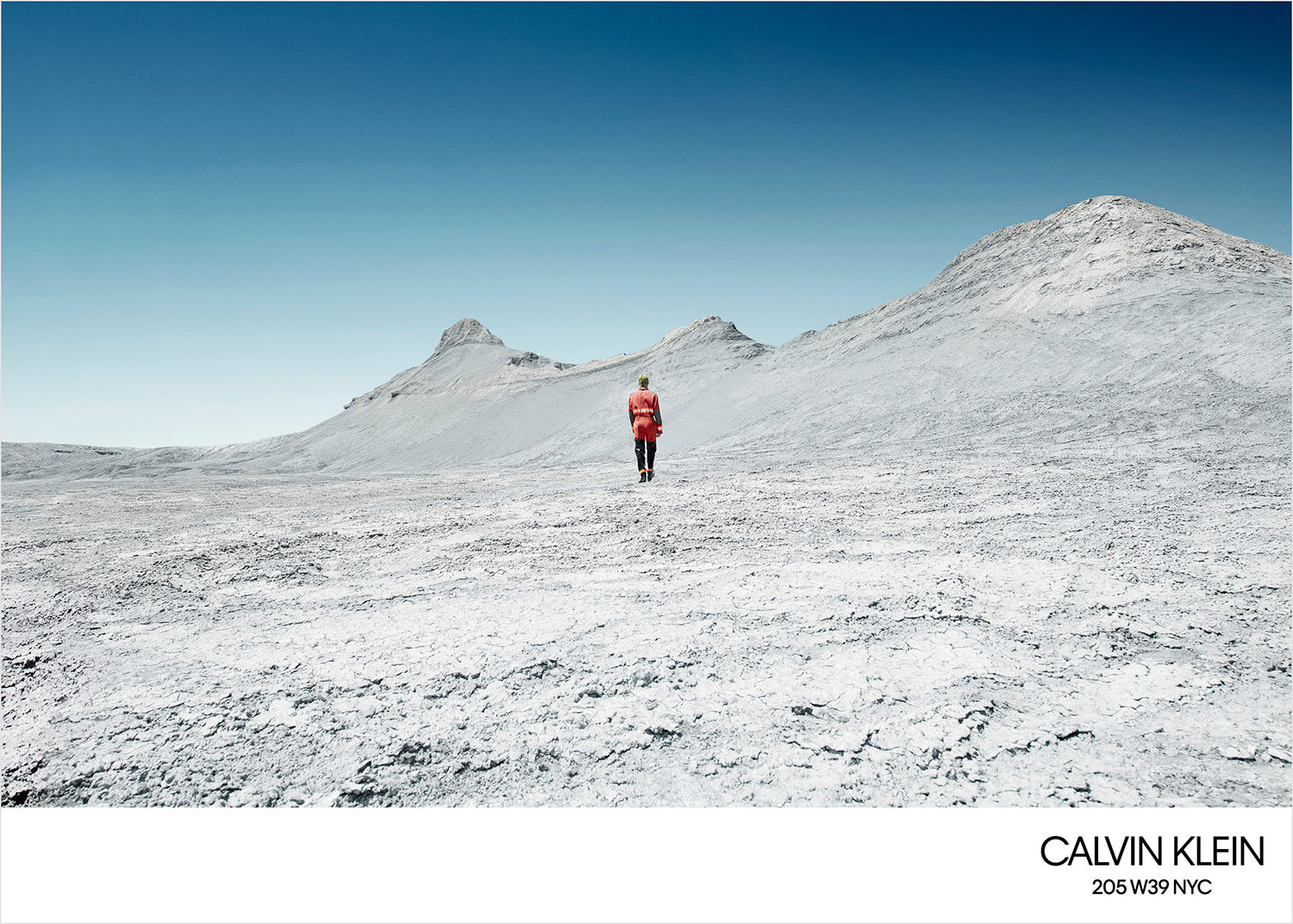 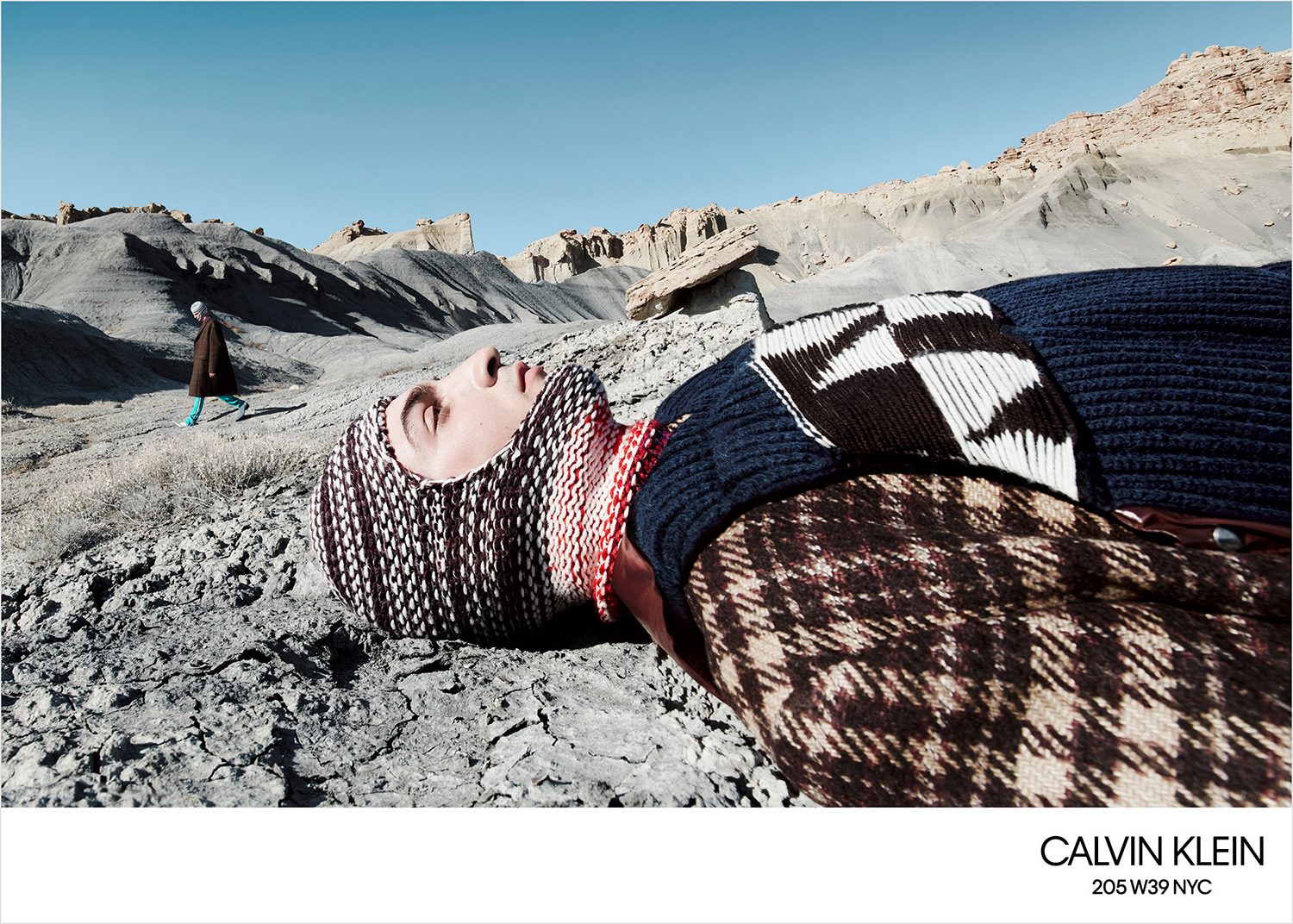 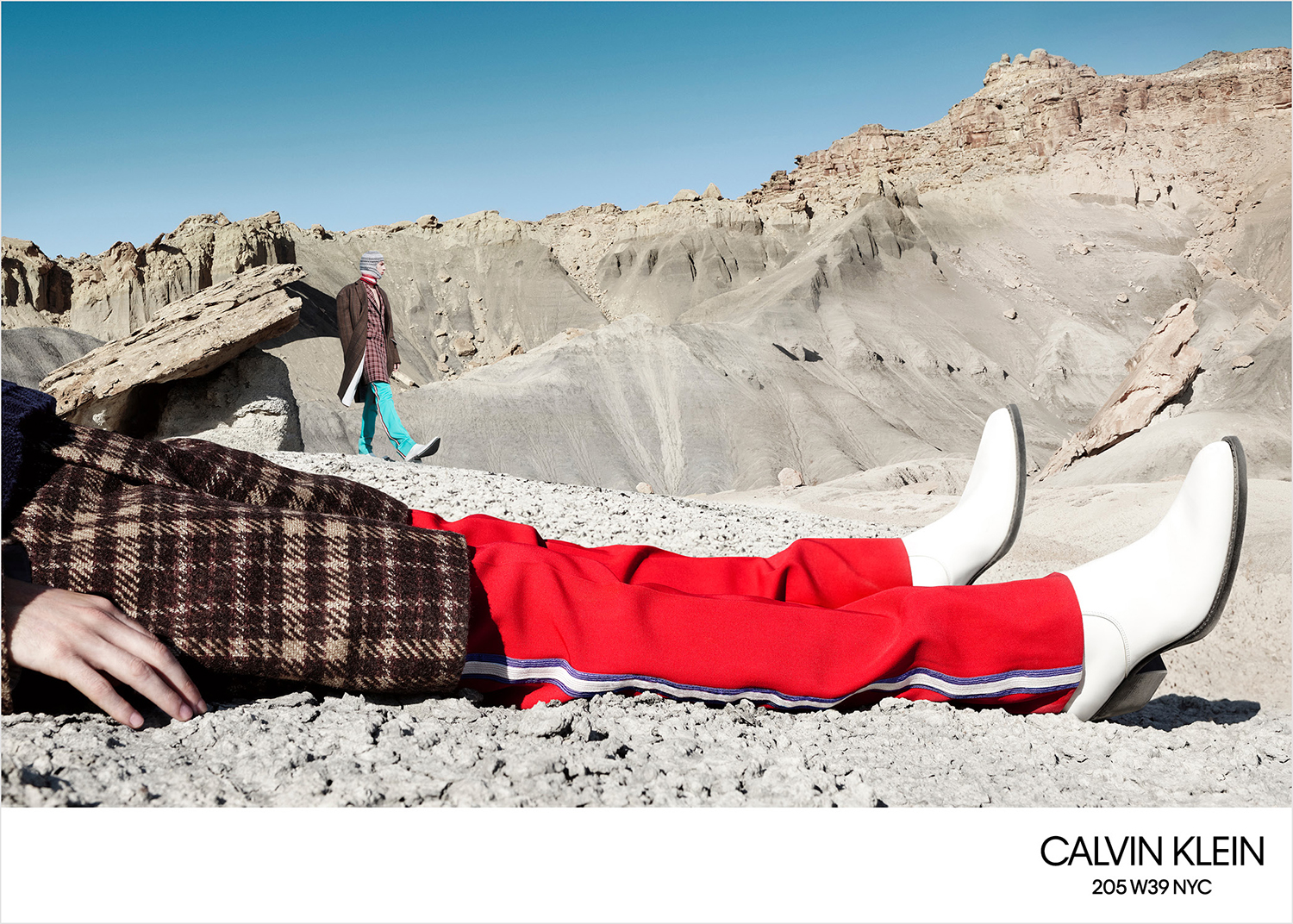 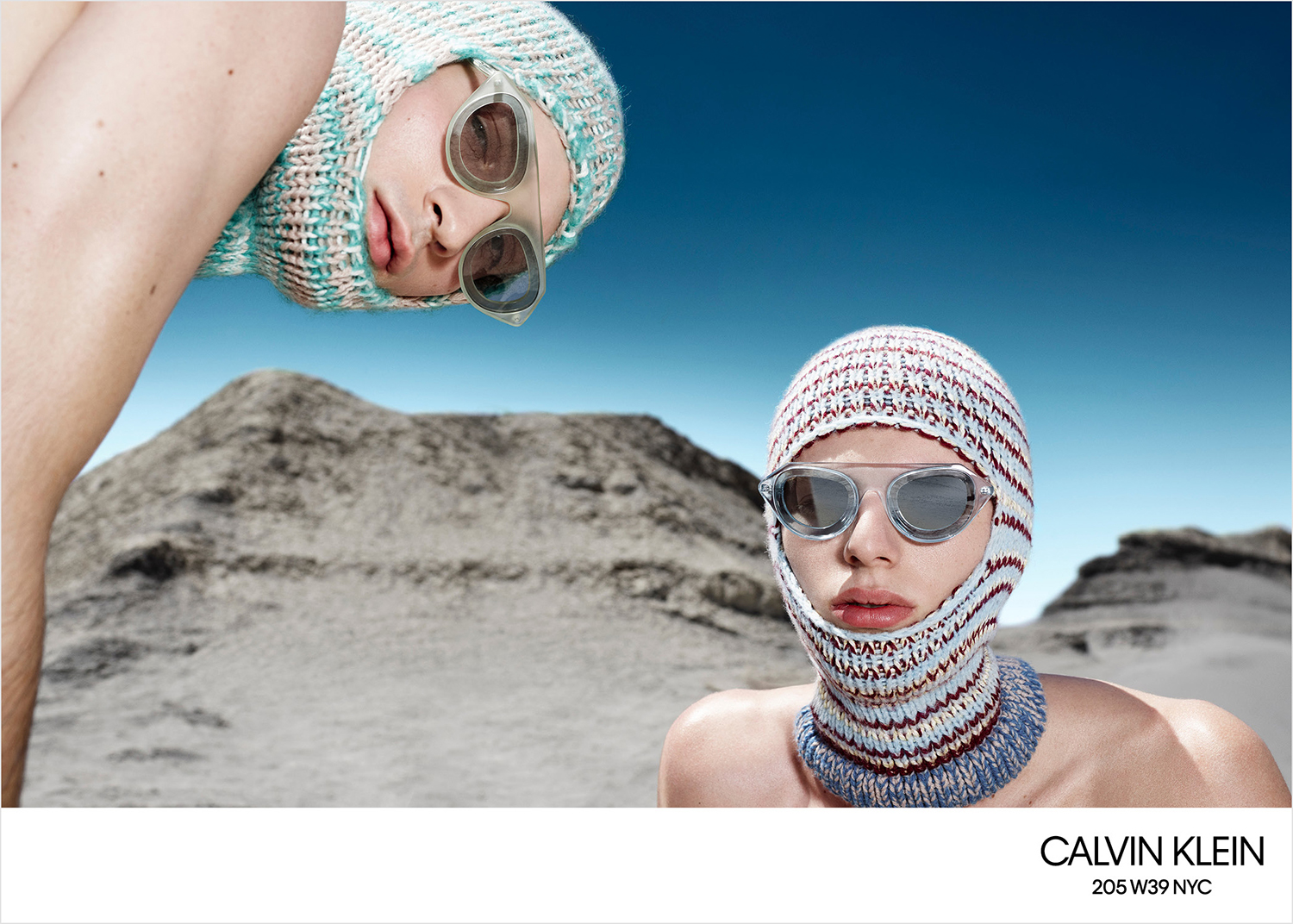