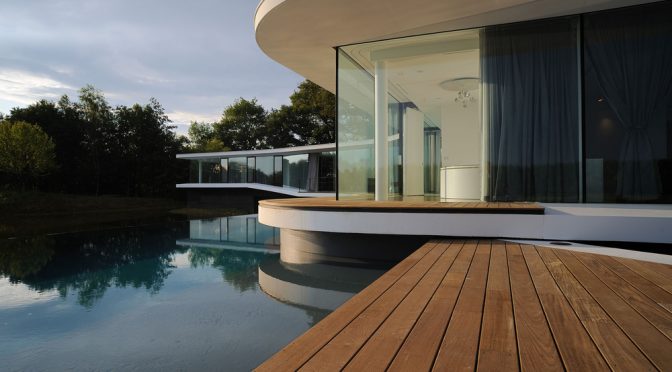 Beauty and concrete rawness are not incompatible. The architect Pierre Minassian had to convince the clients to build this house on the lake, but the effort was worth it. 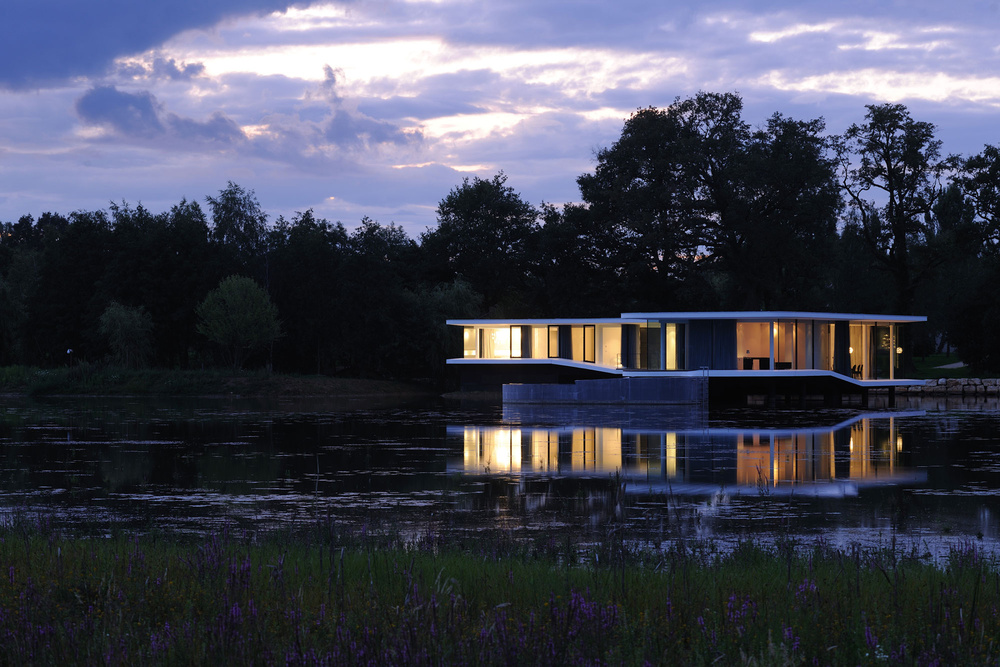 On a lake and 40 hectares of forest and oaks of France, the French architect Pierre Minassian built this house of 370 m2 and design austere, but sophisticated. He named it Casa de la Serpiente Blanca, although nothing in it resembles this exotic animal. The only thing that agrees with its name is the color, typical of the concrete that shapes and sustains the house. 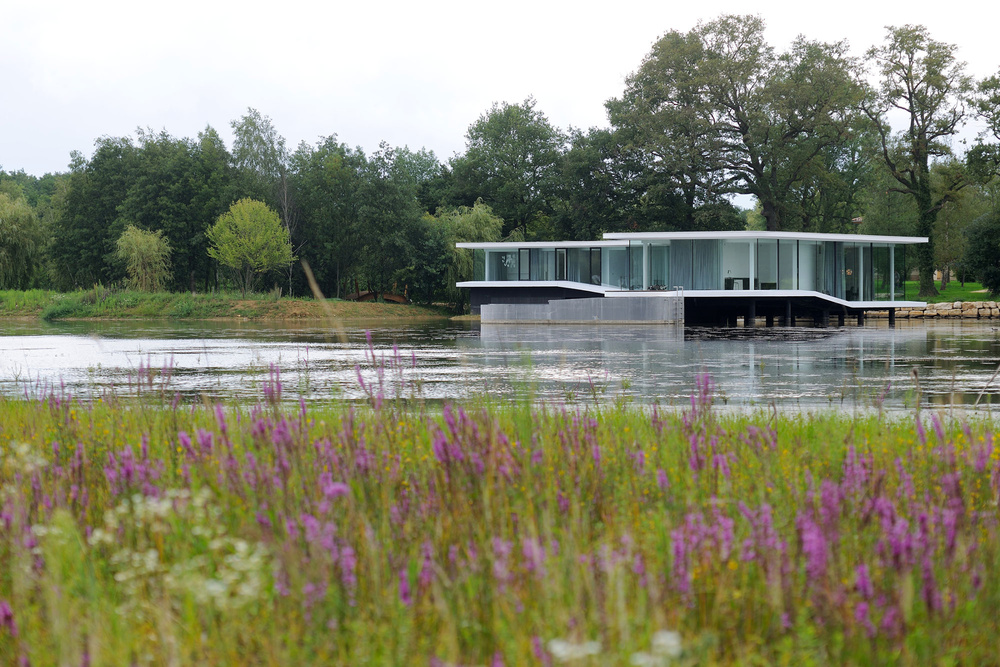 True to its architectural line, Pierre Minassian has used this material as a basis for its construction and has worked with the same philosophy as in his other projects, to achieve a simple design and as pure as possible. For this reason, the house consists of two white concrete slabs located on two levels with which the architect has sought to enhance the minimalist style that characterizes his work. 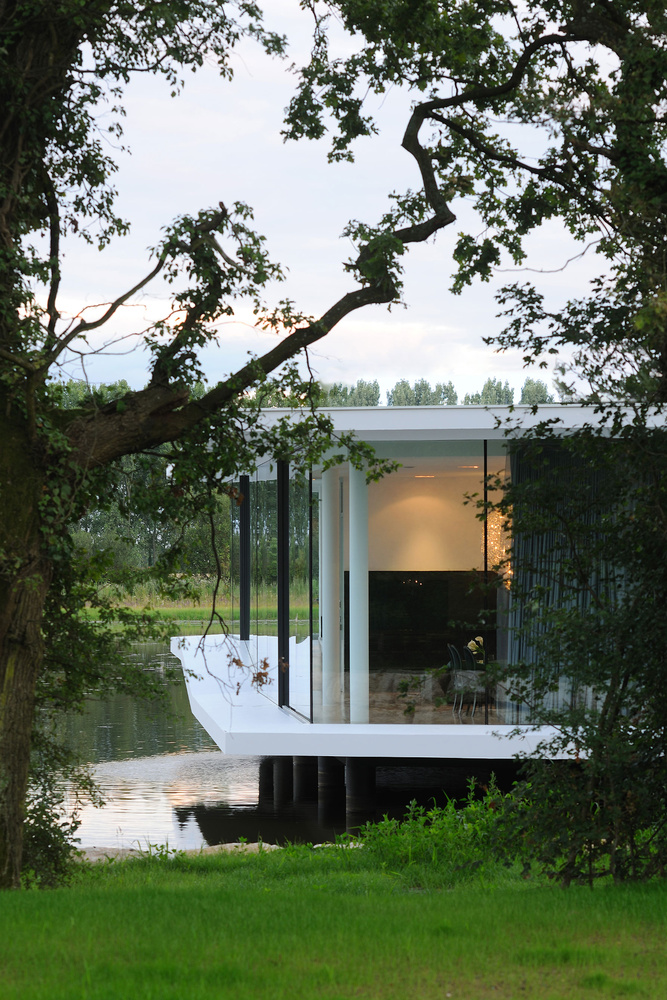 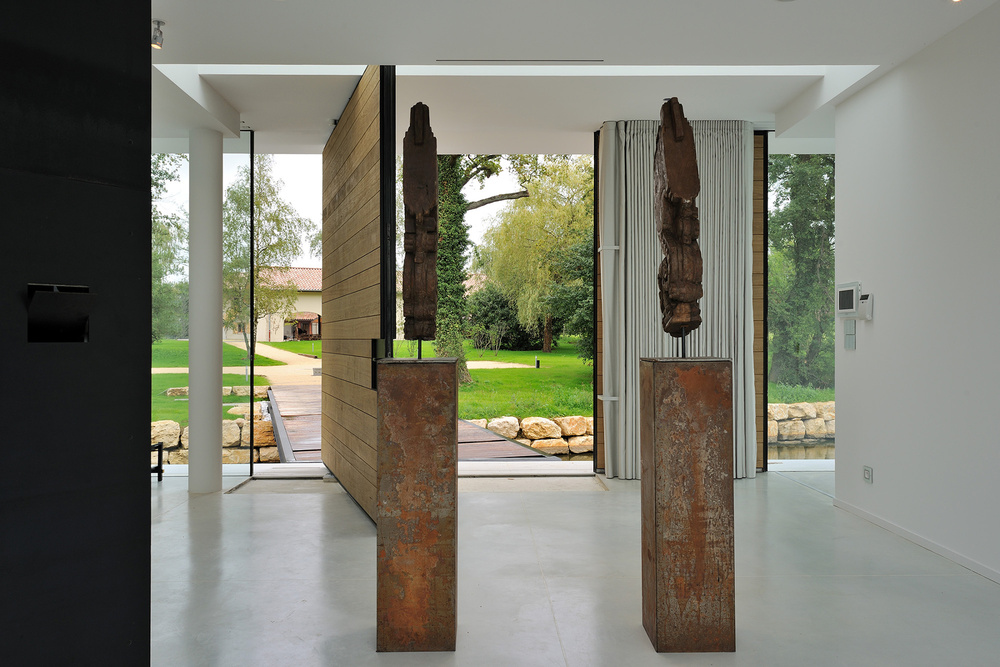 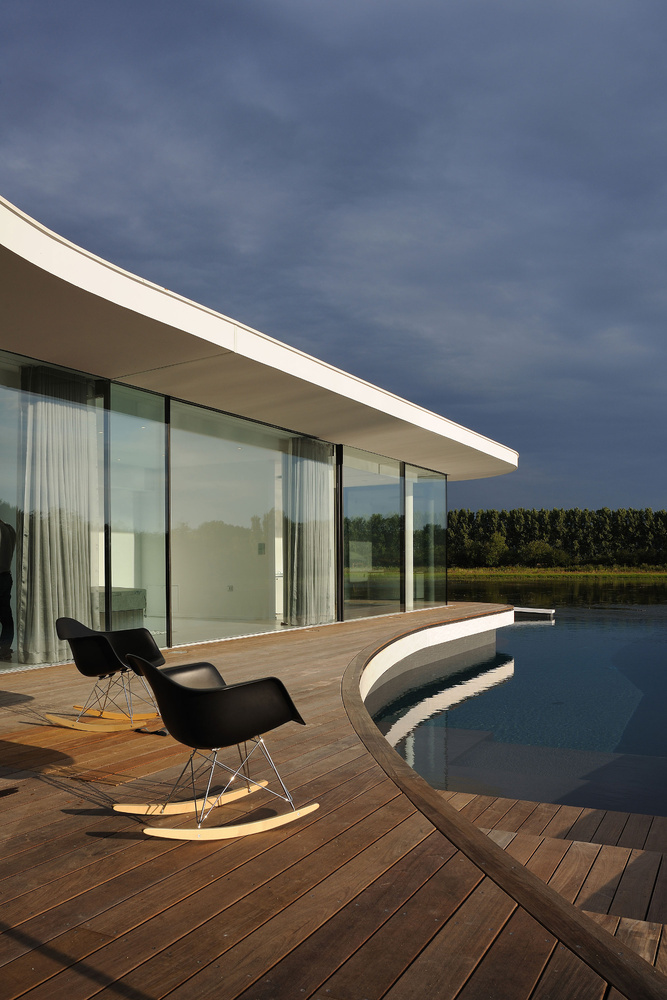 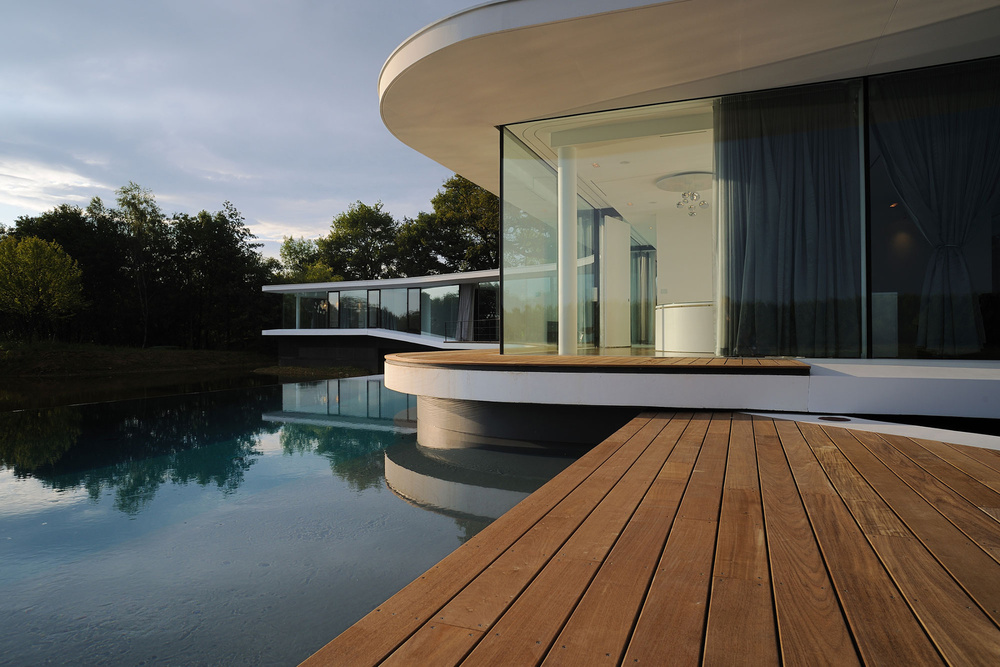 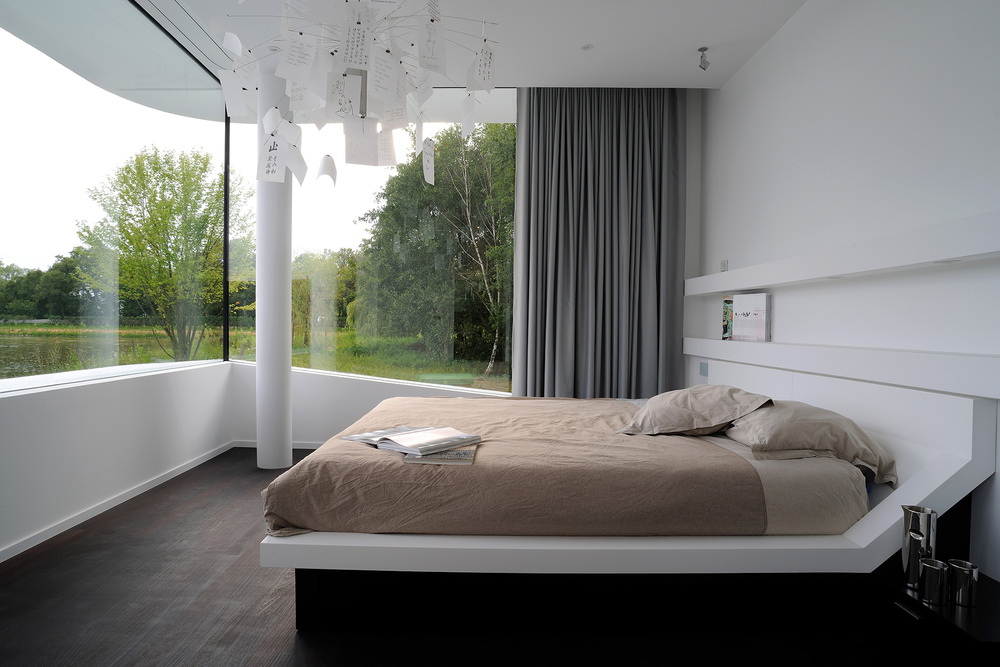 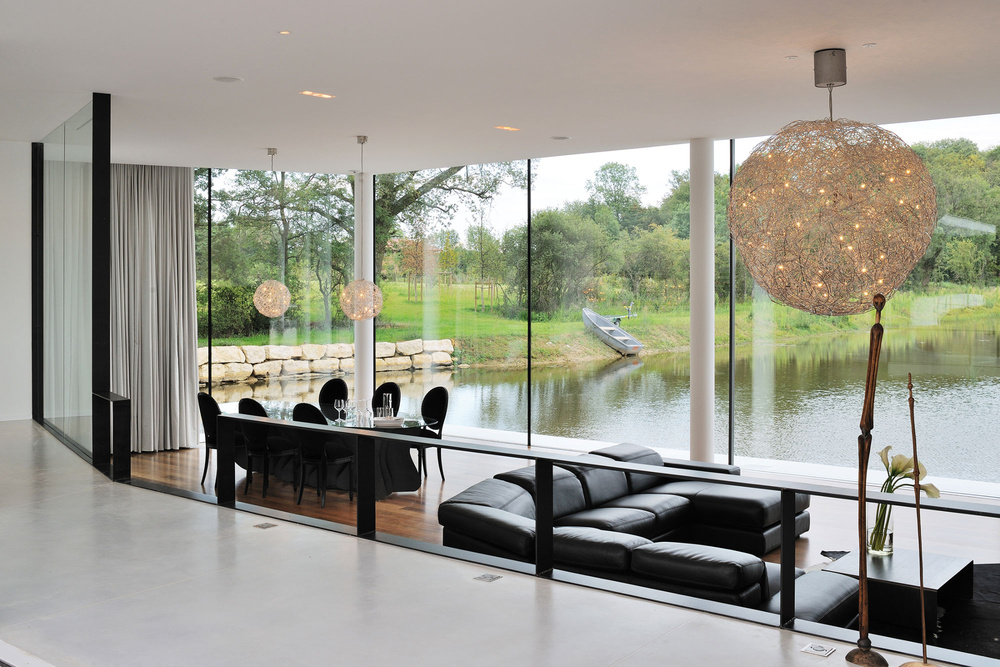 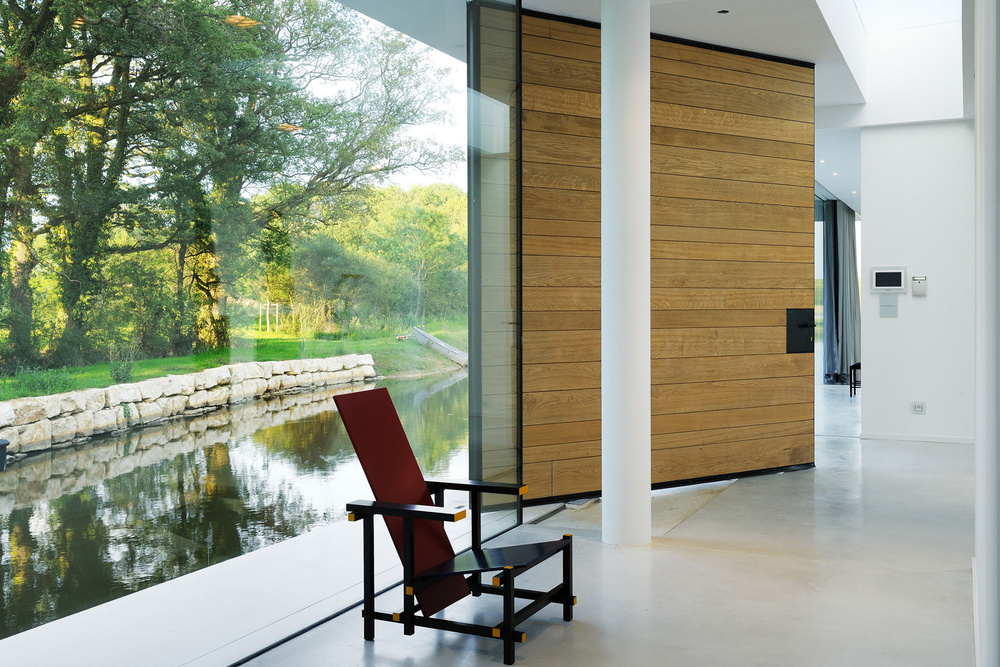 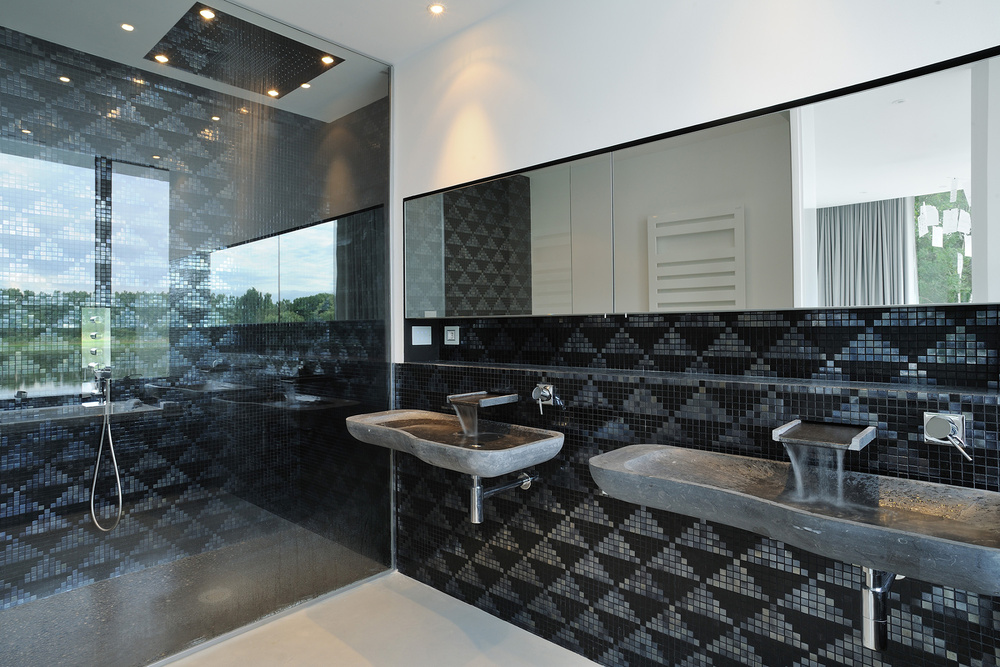 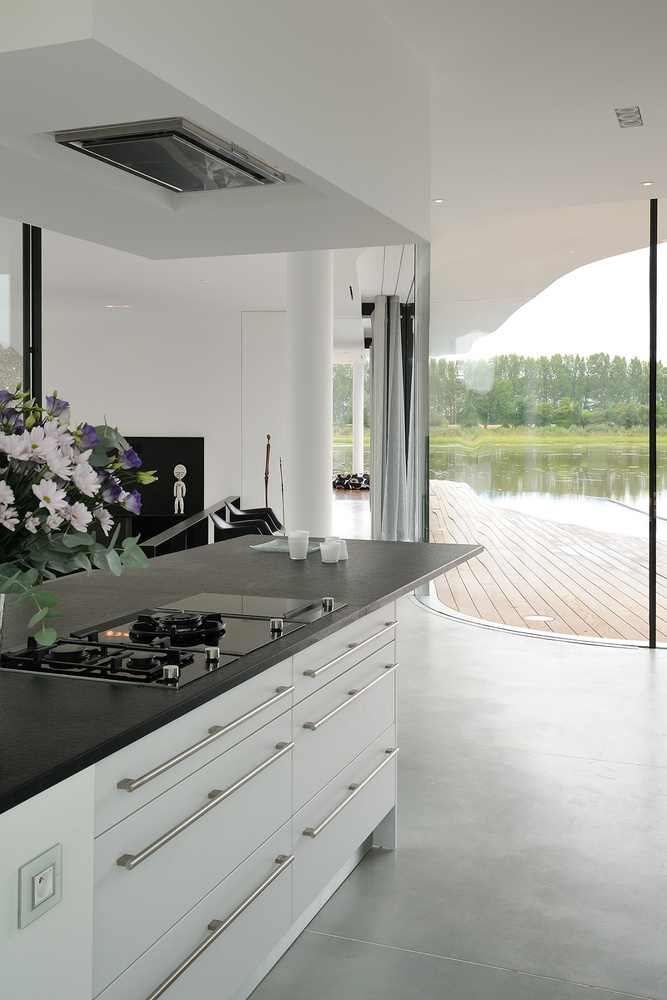 The commitment to concrete also responds to its ability to project the sun that enters from all angles of the house. And it is that natural light was another of the obsessions of Minassian, who designed the rooms based on their exposure to the sun and the views that were observed at each point. That is why he gave great importance to the windows, designed in an artisanal way and embedded in the concrete slabs, which can also be slid open to completely open the facade to nature.

In the Minassian architecture, the environment is always the protagonist. In fact, it tends to be even stronger than the interior design. For this reason the architect usually bet on raw and bare materials such as concrete, which flee from the artifices and allow to show the landscape with all its purity and authenticity. In this case, the lake is the nuclear element on which the design rotates and holds. Even the pool is imbedded in it.

Undoubtedly, the White Snake House is one of the star projects of AUM, but its design is as attractive as it is exclusive, since the house can only be accessed with an invitation. In fact, it is not possible to approach, as to enter it is necessary to cross a telescopic bridge that opens between two oaks of 150 years and completely isolates the house from the looks of any curious.