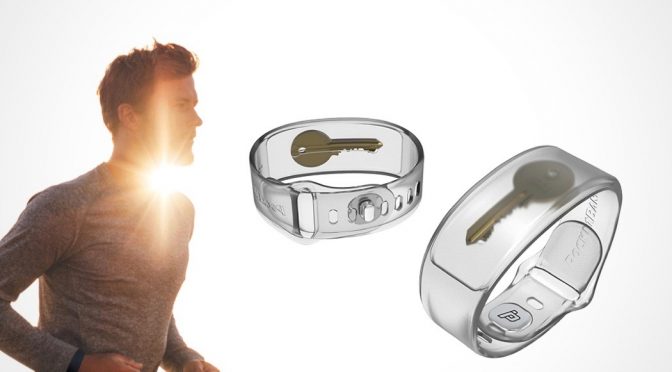 The Pocketbands 3.0 is the most un-wallet-ish wallet we’ve seen and I love it. Think about all the times you’ve forgotten to carry something important with you, or you’ve been forced to even with no place to put it. Imagine going out on a run or to the gym but needing to carry your keys in your hands because your jogging or workout shorts don’t have pockets. Then maybe you need some loose change so you can grab a juice or a smoothie on your way back, so you need to carry your wallet along with you. 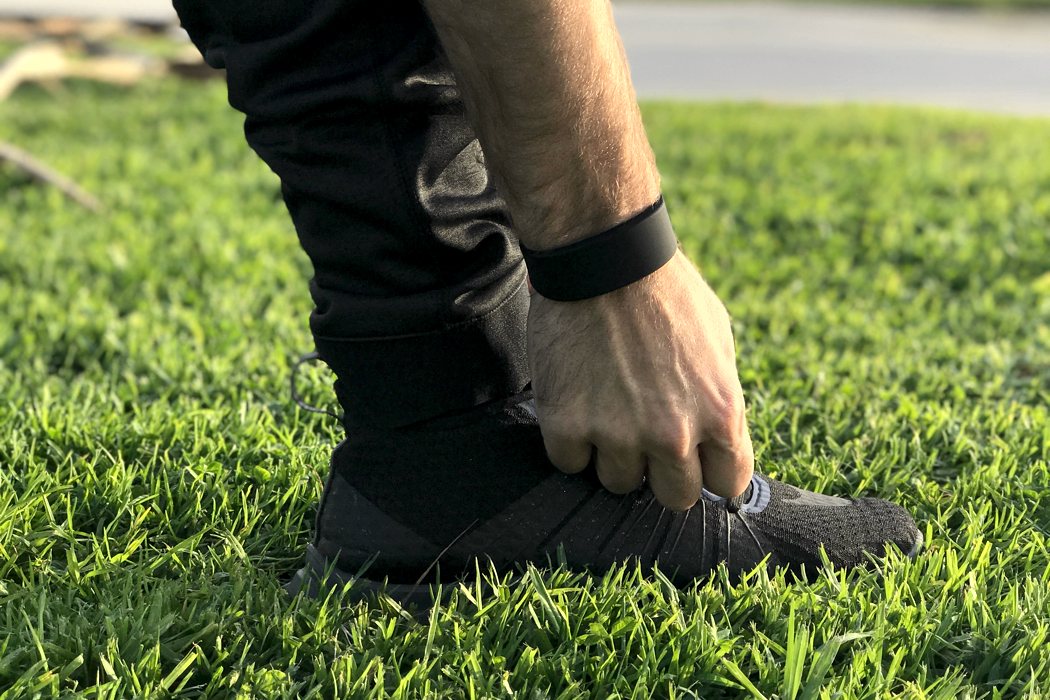 The Pocketbands was made to be the evolution of your wallet. Because A. A wallet isn’t made for every scenario, and B. It’s much easier to flick a wallet than it is to undo a silicone band. Its band nature makes it extremely helpful in certain situations and useful in general. Be it on the beach, or camping, or at the gym, pool, or on a run, the Pocketbands 3.0 is a replacement for your chunky, clunky wallet. It holds your keys and loose change, strapping them to your arm so you know exactly where they are, and it uses your wrist, a resource you always have, instead of a pocket, something that one may or may not possess depending on the clothes you’re in.

The Pocketbands 3.0 comes made in silicone. Designed to mimic the feel of skin, its silicone construction feels natural on your wrist, and isn’t affected by sweat, dust, or grime. The silicone provides a friction of its own, meaning the band’s much less likely to come undone on its own. Designed with a concealed sleeve, the band can comfortably hold keys and banknotes against your wrist, leaving your pockets empty and your mind carefree because you don’t need to worry about looking for your belongings. I wouldn’t say they were at your fingertips, but they’re literally the closest they can get to your fingertips!

The Pocketband’s band format works because your mind treats it as a wearable, not a carryable. You could change your clothes and you’d have the band on your wrist, as opposed to when you switch pants and you forget your wallet in your other pants. Using and wearing the band almost becomes instinctive too, meaning you’re much less likely to forget your keys in your “other” pants or on your mantelpiece… and you’re less likely to have a panic attack and run your hands through your pockets because you think you’ve forgotten your keys because the band sitting on your wrist is as visually communicative as it gets. If you have your band, you have your key. My favorite thing, however (and I say this as a forgetful bachelor), is that your keys and cash won’t accidentally end up in the laundry because you forgot to take them out of your pants! 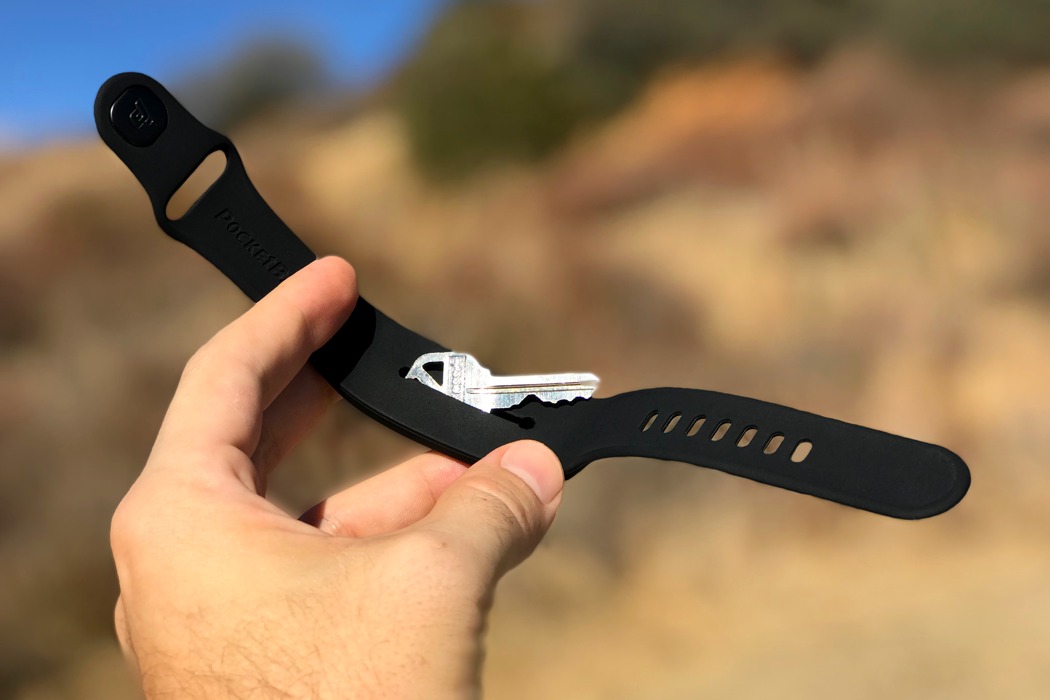 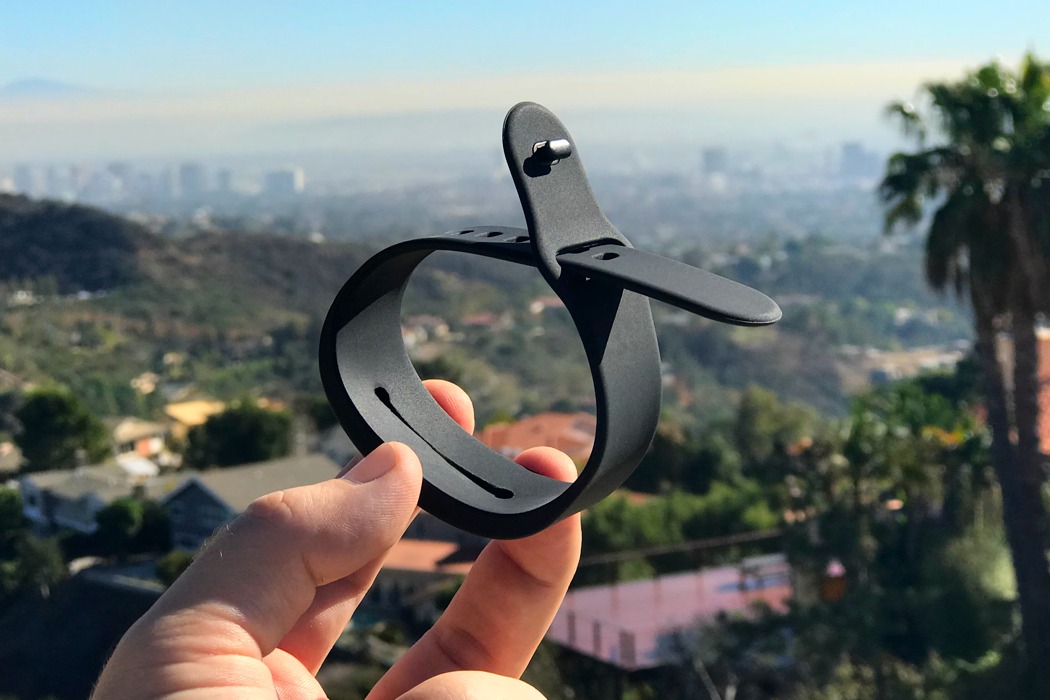 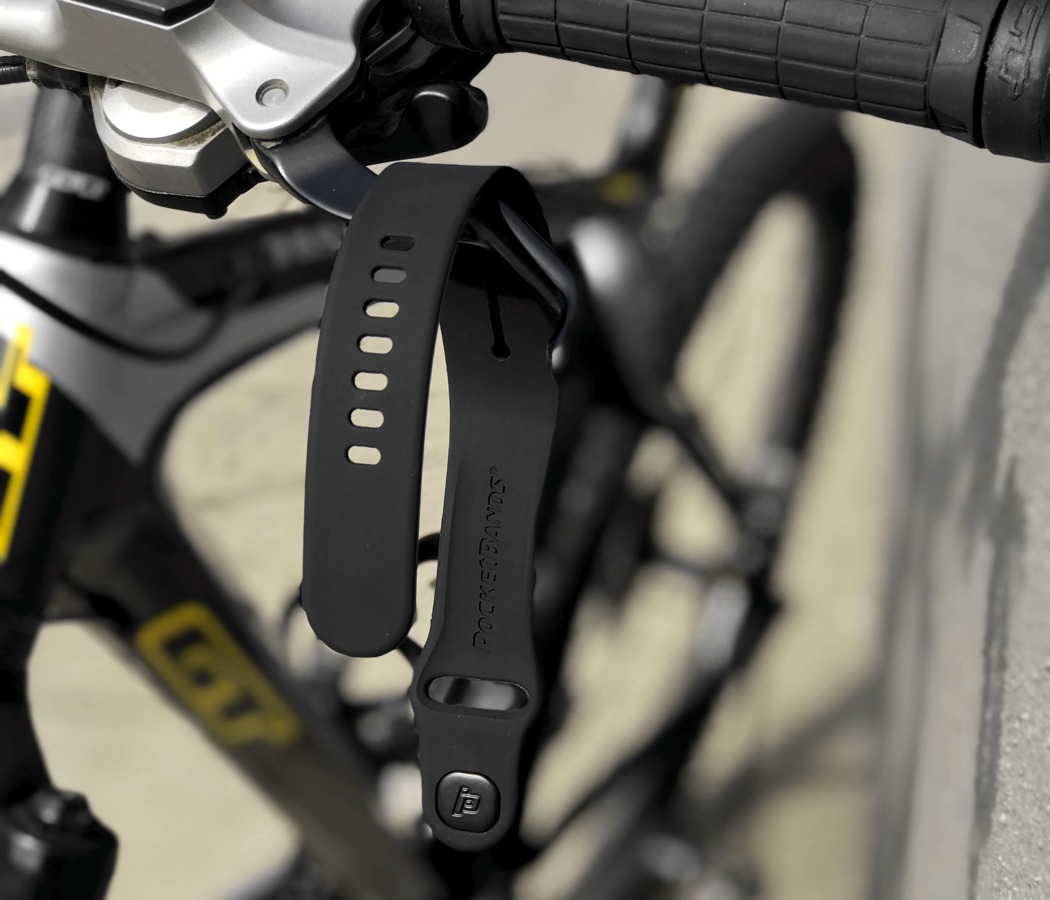 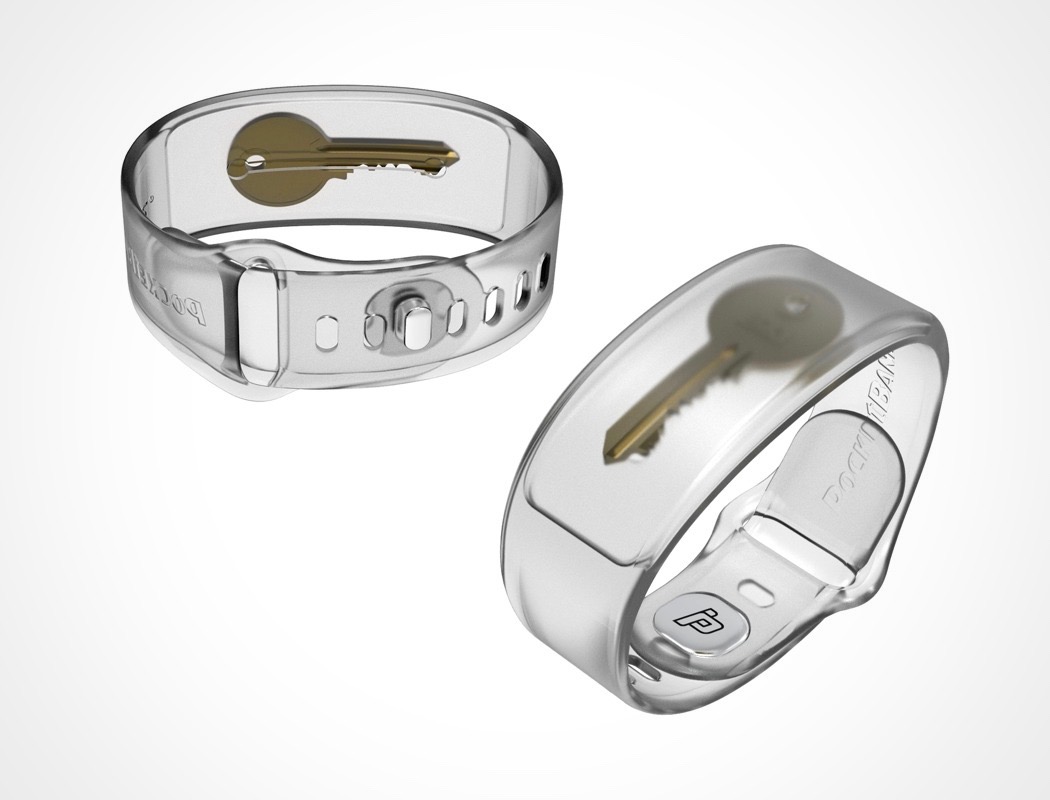 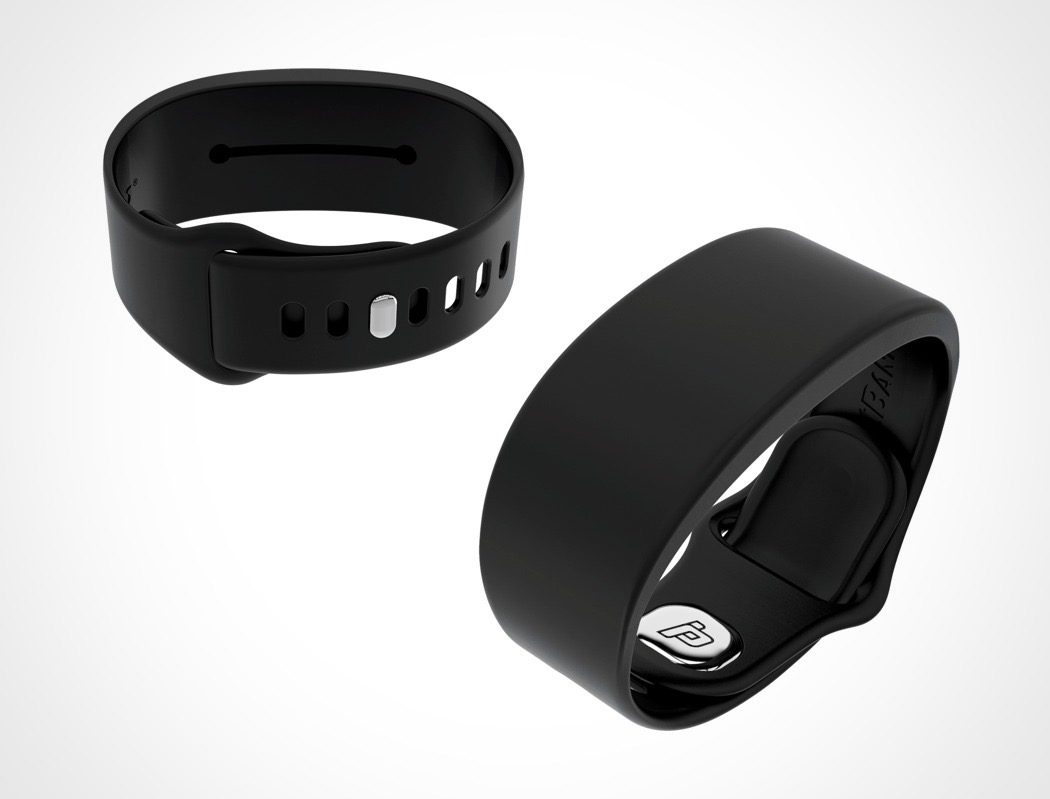 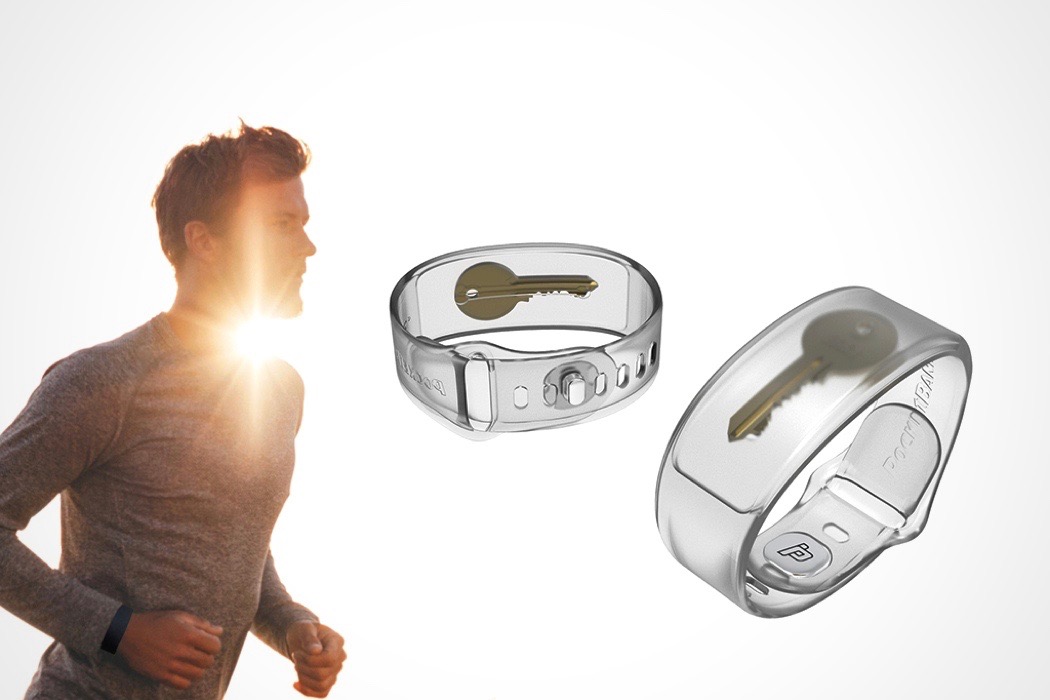